3 Things to Know About Dutch Coffee 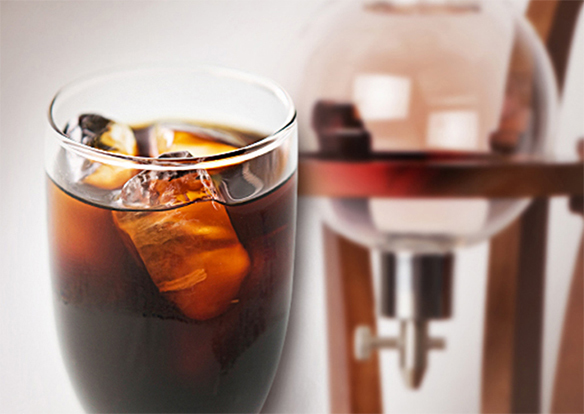 Reportedly, Korea’s coffee market has grown more than ten times in just past ten years. More and more Koreans now know how to choose and enjoy coffee to their liking. Among a variety of coffee, Dutch coffee, also known as cold brew coffee, has become popular among coffee aficionados for its rich flavors and aromas. Nowadays, even small local coffee shops offer this specialty. It is winning even more popularity in Korea thanks to its antioxidant effect. So, how about a cup of cold Dutch coffee on a hot summer day?

What Is Dutch Coffee? 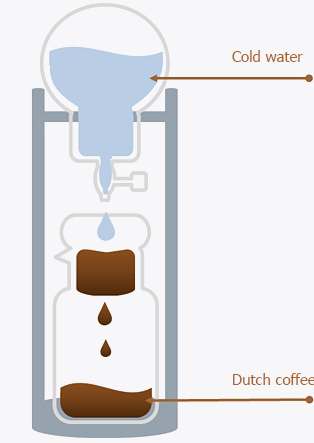 Dutch coffee was invented by Dutch people who shipped coffee from Java, Indonesia which was colonized at that time by the Netherlands. While typical coffee brewing techniques use hot water, it is brewed slowly with cold water for an extended period (ca. three to 12 hours) and mixed with water for drinking. Typically, Dutch coffee extract is mixed with water or milk and served cold. However, some like to mix it with beer or ice cream or drink it hot. It’s becoming more popular as it preserves original flavors of coffee beans with pure tastes and low caffeine content unlike typical hot brew coffee.

Polyphenol is one of the most common antioxidants found in food. It helps remove reactive oxygen species from the body and prevent cell aging, cardiovascular diseases, cancer, osteoporosis, neurodegenerative diseases, and diabetes. Polyphenol is abundant in fruit, tea, coffee, and red wine. Catechin in tea, resveratrol in red wine, and chlorogenic acid in coffee are well-known examples of polyphenol. Along with caffeine, cafestol, and kahweol, chlorogenic acid is a major substance found in coffee. It is known to have an anticancer effect controlling carcinogens and help lower the level of LDL cholesterol in the blood, preventing hyperlipidemia and other cardiovascular diseases

According to the Journal of the Korean Public Health Association’s 2013 study on Dutch coffee, it contains more healthy polyphenol compounds than espresso does. Although it decreases over time, the amount of chlorogenic acid in Dutch coffee (ca. 4.7mg/ml) is much higher than that in espresso (0.0647 - 0.0998mg/ml). Dutch coffee’s antioxidant effect is higher than 90%, which is significantly higher than that of espresso and as strong as that of vitamin C, a well-known antioxidant. 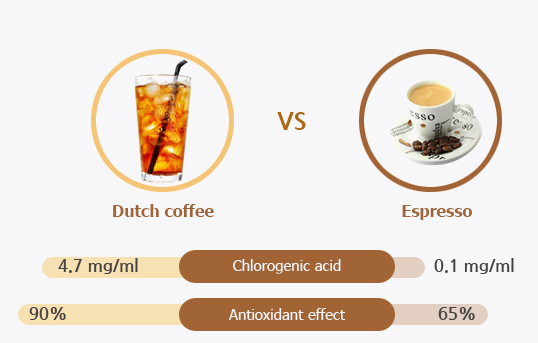 While Dutch coffee is known to be healthier than typical hot brew coffee because it has less caffeine and more antioxidants, a recent study suggested that its caffeine content may depend on coffee beans and brewing time. Therefore, be careful not to think every Dutch coffee is low in caffeine and drink it too much. Limit your intake to three cups a day and avoid adding whipped cream or syrup. Also, make sure to pay attention to brewing time and keep your brewing tools clean in summer, as harmful germs and microbes can grow quickly in coffee while being brewed for a prolonged period of time.