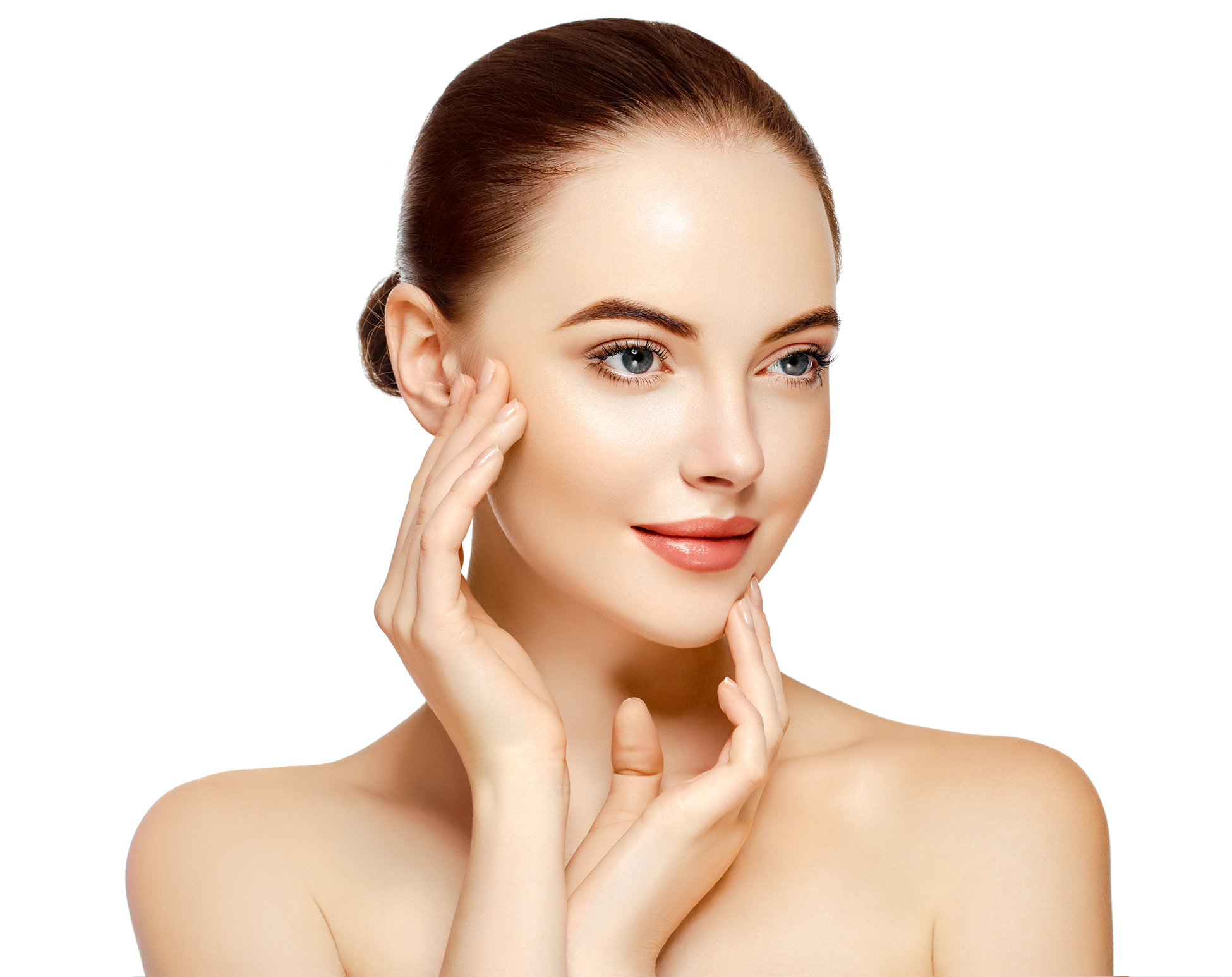 Face reconstruction from single/multiple images has been proposed using a variety of approaches. However, reconstructing a limited number of wild photos in which there are complicated varied imaging settings, various facial appearances, and a restricted number of high-quality photographs remains a difficulty.

Contour correction has reached such a level these days that specialists can literally mould the desired shape of the face, and create high cheekbones, a perfectly smooth transition from the nasolabial and nasolacrimal folds to the cheeks, attractive and expressive lips, and a firm Hollywood chin.

What Is Face Modelling? 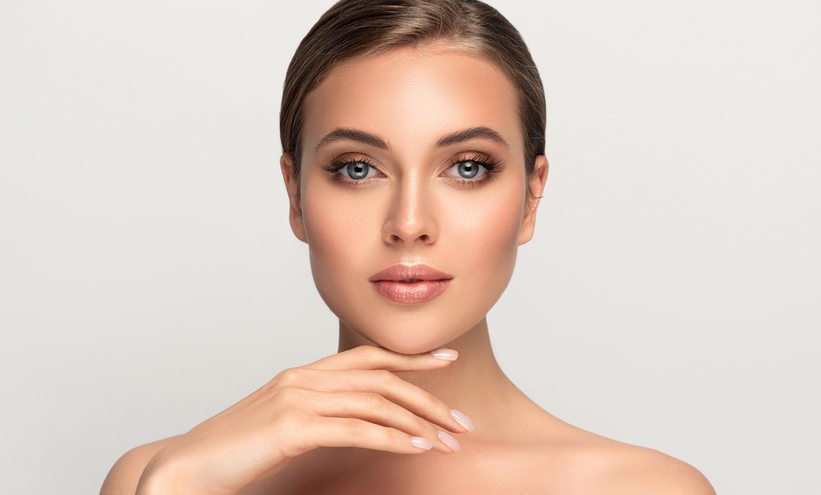 Face modeling is a word that refers to beauty photographs that are completely focused on your face. Large businesses will engage models to participate in advertisements and product images with an emphasis on face characteristics to promote cosmetics. Due to the large attention on the face area, an imbalanced appearance will not be considered fit for the beauty business. With the help of their beauty products, they hope to achieve a commercial appearance.

The eyes, lips, nose, and contours of the face, such as high cheekbones and an even jawline, will be evaluated for good forms and coloration. It's a tough, judgemental field to work in since your face will be heavily scrutinized and, more than likely, Photoshopped before the release date. 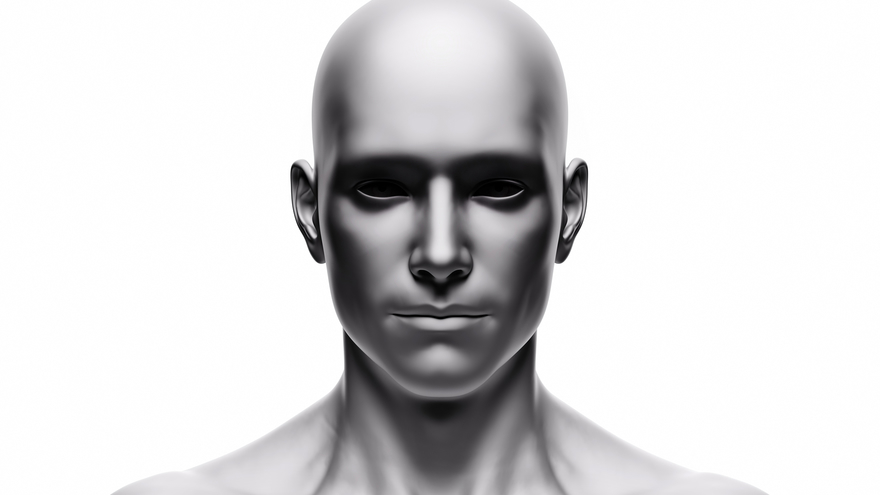 Face recognition and emotion recognition have both benefited greatly from 3D face technology. These facial analysis technologies are important for safe and intelligent human-robot cooperative work. As a result, 3D face reconstruction is an important issue, and it's useful to recreate individual 3D faces from person-of-interest photographs in a variety of challenging situations. The photos in the challenge scene are often known as "wild" images because they include the following characteristics:

More seriously, in human-robot interaction, surveillance, and mobile shooting scenarios, only a limited number of identity images are available.

Modern fillers are made from high-viscosity gel with a hyaluronic acid base and are similar to stable facial implants in their features: they maintain their shape, do not shift around after insertion and provide an excellent result for a long time. Using gels for facial contouring avoids the disadvantages of implants, such as tactile palpability (although it happens very rarely) and the possibility of rejection by the individual's body. Fillers are used for facial and lip contouring, and contour correction of nasolabial folds using different gels is very popular.

The latest generation fillers used at the EMC Aesthetic Clinic (Evalance, Voluma, SUB-Q) are the most advanced contouring drugs available in Moscow. Besides its main functions, these fillers also provide skin lifting and rejuvenation. The hyaluronic acid present in the gels attracts water molecules, moisturizing and smoothing out the skin from within, and the firmness formula literally pushes the tissues up, returning them to their “younger' position.

For all contouring corrections (cheekbones, lips, face, nasolabial folds), the EMC Aesthetic Clinic uses cutting-edge sparing cosmetic needles with a tapered tip, which makes the procedure more comfortable and painless. The soft touch of the needle feels like it pushes aside the skin and tissues, without cutting through vessels and nerves. This means that in the evening after the procedure you will already be able to go out, and no one will notice any traces of aesthetic work. You can be photographed at any angle and the shape of the face will be perfect, with no traces of contouring seen in the photo. 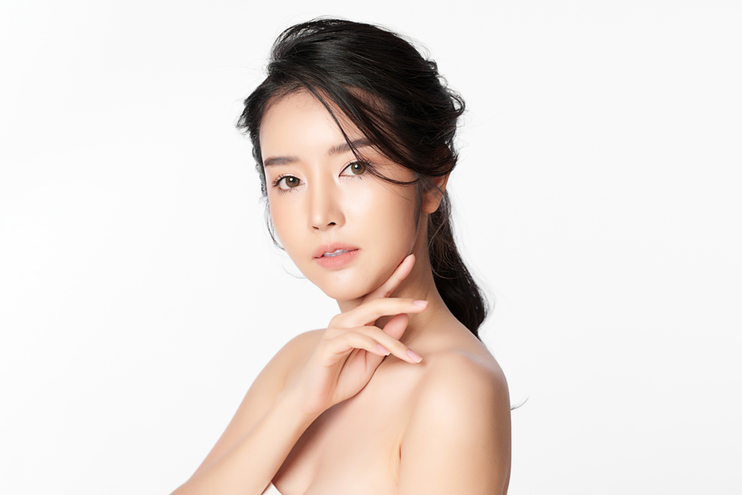 The 3D facial modeling approach is divided into two basic steps: 3D facial shape estimation utilizing a multiple 3D face deformable model and texture mapping via seamless cloning, a sort of gradient-domain blending. To assess the method's performance, 30 3D faces were created, and two tests were conducted: an accuracy test and a robustness test. When compared to the ground truth, this technique not only produces very accurate 3D face shape results, but it also demonstrates resistance to feature extraction mistakes.

Furthermore, the findings of 3D face rendering suggest that our technique is more resistant to feature extraction mistakes than previous 3D face modeling methods. Our technology also has the benefit of allowing the mirror system to collect a wide range of facial textures. At the end of the article, we construct a realistic 3D face for individuals using this texture map.

In such systems, 3D coordinates and texture information may be captured using a 3D laser scanner or a calibrated stereo camera with structured light. While these approaches are quite accurate, they are also time intensive and need expensive equipment.

However, if the extracted positions of the associated points are not correct, the accuracy of the 3D facial forms gradually degrades. Because even great feature extraction approaches like the active appearance model (AAM) and the active shape model (ASM) might generate erroneous feature extraction results for unclear areas of the face, this problem should be overcome to apply to autonomous 3D modeling systems. 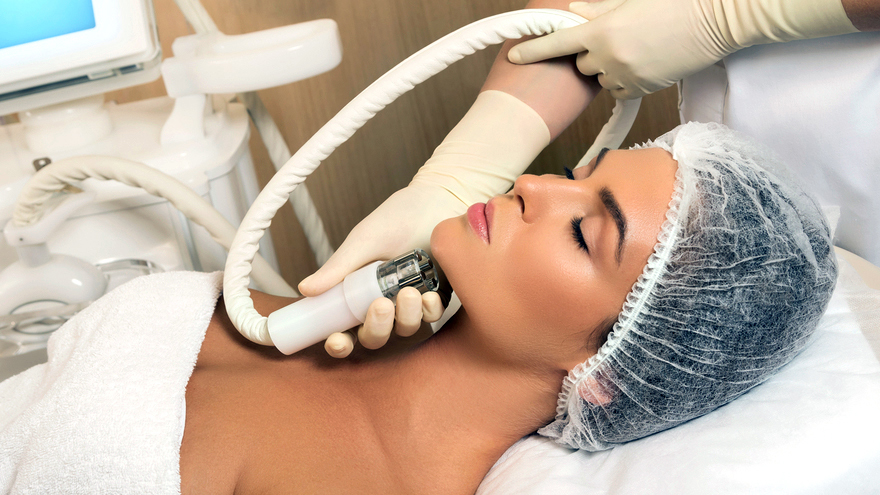 When correcting cheekbones, specialist cosmeticians at the EMC Aesthetic Clinic use the individual characteristics of the person's face, and their own subtle aesthetic sense, to ensure that the new appearance matches the person's self-perception.

However, the reference is most often considered to be a heart-shaped face. It is most associated with youth and vitality. Such corrections are done everywhere in Hollywood: on Madonna, Megan Fox, Angelina Jolie, Vanessa Paradis, Halley Berry, and other ageless celebrities. Often, spectacularly done cheekbone contouring replaces a successful endoscopic facelift of the middle third of the face or complements it.

The importance of the chin in one's appearance is often underestimated. Meanwhile, it is a vital part, which influences how fit and fresh the whole face appears. A weak or receding chin doesn't maintain the lower part of the face as well: the facial contour loses shape faster, there is a reduction in the neck angle, wrinkles appear in the form of second and third chins. Contouring of the chin and lower part of the face, when done at the right time, maintains a clear outline and thus allows a person to retain a youthful appearance for years to come. This pushes back the need for plastic surgery of the chin and neck by many years, by tightening the skin and inserting silicone implants.

Middle Part of the Face

There are a number of age-related manifestations, which can hardly be called wrinkles - creases and folds in the nasolabial and nasolacrimal areas. To fill and flatten them to the desired level, dense fillers are required, as well as the hands of experienced cosmetologists at the EMC Aesthetic Clinic, who know a lot about the deep insertion of correction fillers, thus achieving the most natural and perfectly symmetrical results in the contouring of nasolabial folds.

The EMC Aesthetic Clinic has extensive experience in unique contouring procedures, such as non-surgical Rhinoplasty, creating attractive dimples in cheeks and chin, creating a slight youthful swelling under the end of the eyebrows, removing scarred and pitting tissue on the face and body. Lip contouring is particularly popular.

Because high-quality facial contouring is only offered at the best clinics in Moscow, you can hardly call it a budget procedure, on the contrary, it is for the elite. You can find out the prices for all types of contouring during an appointment with the doctor, and in any case, the cost of the procedure will depend on the wishes of the patient and the expected results. 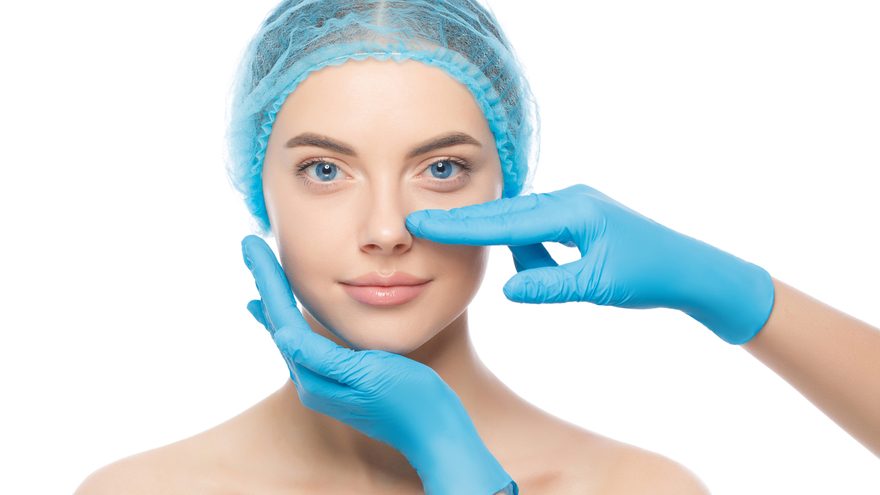 Rhinoplasty is a procedure that alters the form of the nose by modifying the bone, cartilaginous, or skin components, or all three. It is also one of the most frequent forms of plastic surgery, as previously stated.

Many people may be unhappy with the appearance of their noses. They can alter the size or angle of the nostrils, straighten the bridge, reshape the tip, or narrow them. However, rhinoplasty may be used for more than just cosmetic reasons.

Rhinoplasty can be performed for both functional and aesthetic reasons. Patients who are seeking functional improvement only commonly express worries about the aesthetics of the nose during the interview, and they lay higher emphasis on the cosmetic outcomes than on their ability to breathe adequately postoperatively. This is one of the reasons why having a thorough discussion with the rhinoplasty patient is so important.

If you're considering a nose job for cosmetic reasons, your surgeon would likely advise you to wait until your nasal bones have fully developed before proceeding. This is at the age of 15 for girls. Boys can continue to develop until they reach adulthood. However, if the surgery is being considered for respiratory problems, it can be done at a younger age.

An open or closed method can be used to do this operation, depending on your anatomy and preferences.

An incision is performed along the columella, the tiny tuft of skin between the nostrils, in the open technique. Your surgeon gains access to the inside nasal tissues with this incision, allowing for more thorough repair. The scar is sutured and becomes nearly undetectable to the human eye within a few weeks.

All of the incisions performed during your treatment are done inside the nostrils during a closed approach (also known as an endonasal rhinoplasty). While this assures that no visible scars will result from the treatment, it does limit access to the nasal tissues. As a result, a closed approach may not be appropriate for everyone who requires considerable repair.

For a variety of reasons, revision rhinoplasties are rather prevalent. While it is simple to change the appearance of a nose in general, it is difficult to anticipate how your individual nose will mend once surgery is done. 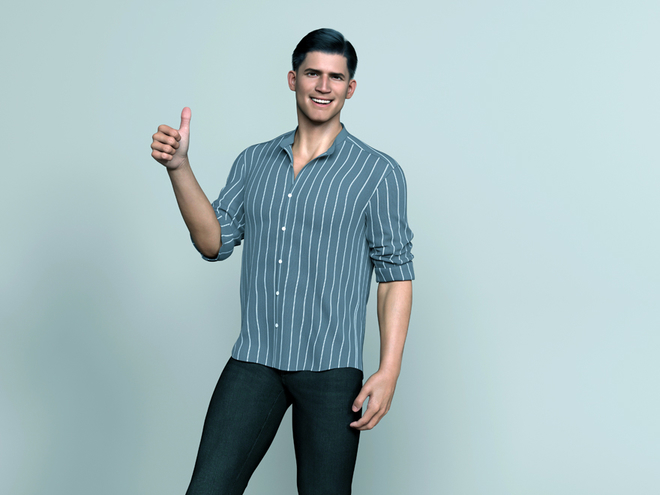 Structure from Motion (SFM), Shape from Shading (SFM), 3D Morphable Model (3DMM), and Deep learnings are all examples of 2D techniques. SFM techniques compute the locations of surface points based on the premise that the image coordinate system and the camera coordinate system have a coordinate transformation.

SFS approaches compute surface normals on the premise that the subject surface is Lambertian and illuminated from a distance. The concept behind 3DMM is that human faces exist in a linear subspace and that each fresh face form may be represented by a linear combination of shape eigenvectors derived by PCA. SFS and SFM describe face form and imaging geometrically and physically, while 3DMM focuses on statistical explanations of 3D meshes or skeletons.

By statistically developing a mapping between face photos and their 3D forms, deep learning approaches infer 3D face shape or texture. Due to data size constraints, the majority of them use 3DMM or PCA to synthesize extra ground truths, resulting in a lack of form detail. Face reconstruction is seen to be more of a geometrical optimization issue than a statistical one since 3DMM is better suited to aid the geometrical technique when creating intricate shapes.

Face modeling is a type of modeling that is most commonly seen in the beauty sector. Because of advancements in 3D model creation technology, the usage of three-dimensional (3D) models is rising in sectors such as gaming, medicine, and film. Due to the intricacy of facial surfaces, creating realistic 3D face models is time-consuming and costly.