7 aspects of Hysterectomy you need to know 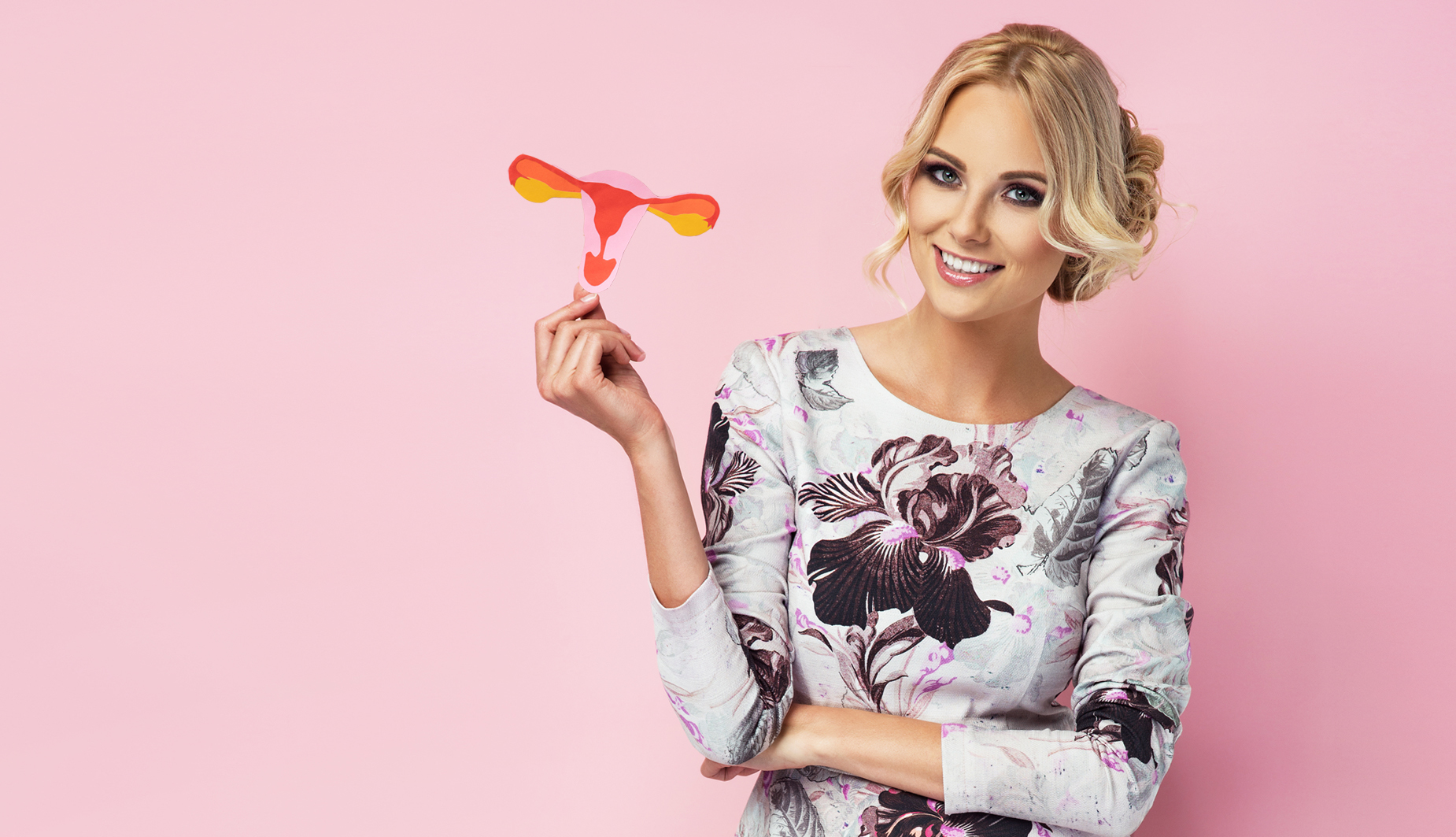 It is very important to be aware to the fact that the removal of the uterus leads to infertility. The same happens after removing the ovaries or the Fallopian tubes. It is advised to take into consideration hysterectomy only if other treatment options are not available or they do not succeed.

In the United States of America, during the lifetime of a woman, there is a 45%  risk of a woman needing a hysterectomy. Additionally, regarding women whose ages are at the reproductive stage, the hysterectomy represents the second most carried out surgical procedure, after the cesarean section. Fortunately, the incidence of hysterectomy is on a decline since the 1980s, when 7 out of 1.000 women were undergoing this procedure. Nowadays, as early diagnosis rates are improving as well as treatment options, 5 out of 1.000 women will have a hysterectomy. Moreover, the it looks like the women of color are at a higher risk of hysterectomy than white women and they also present a higher risk of complications related to the procedure.

There could be more reasons for which the medical specialist will consider that a hysterectomy is the best solution for his patient, as follows:

Ultimately, benign conditions like endometriosis, irregular bleeding and uterine fibroids are responsible for about 68% of the executed hysterectomies. The abnormal uterine bleedings are the second most frequent reason for hysterectomy. They represent the reason for about 16% of the hysterectomies.

As there are continuously developed new alternative treatments, hopefully, the incidence of hysterectomies for non-malignant conditions will decrease.

This procedure is normally executed by a gynecologist.

Depending on the reasons for which a patient must undergo hysterectomy, the procedure could be different. Therefore, there are several types of hysterectomy:

How to prepare for a hysterectomy?

Before the surgical procedure, you will need to pass undergo an extensive assessment, talk about the benefits and risk of the procedure with your healthcare professional and have different blood tests. These blood tests will present your health status and they are the deciding factor in whether you are fit or not for the hysterectomy.

As any other surgical procedures, hysterectomy can also cause some health issues.

Bleeding could be another health complication that is stimulated after getting a hysterectomy. In case of hemorrhage, the patient might need a transfusion.

Also, a hysterectomy could damage the ureter. Usually, in such situations, the ureter is restored during the procedure. The risk is relatively low, as it occurs in about 1% of those who are undergoing a hysterectomy.

Moreover, the hysterectomy can cause some damages to the bladder or the bowel, which could lead to infections or incontinence. Just like in the case of the ureter, the abdominal organs that are affected during a hysterectomy are repaired during the procedure.

Just like in the situation of any other type of surgical procedure, afterwards it exists the risk of developing an infection. These types of infections, are normally easy to treat with antibiotics. After a hysterectomy, you might get a wound infection or a urinary tract infection.

Thrombosis is also a condition that is known to occur after surgeries, especially when the patients are unable to move during longer periods of time. If you encounter thrombosis, or blood clots, as they are also referred to, you might need to get an anticoagulant.

Some of the patients that get a hysterectomy also suffer from vaginal problems post intervention. The healing could be slow and even take up some years.

Furthermore, there have also been registered cases of patients that have encountered ovary failure afterwards surgery. Even if both of the ovaries are left intact during the hysterectomy, the removal of the womb could affect them considerably. The ovaries could fail in the very next years after the surgical intervention, as the womb is no longer one of the blood suppliers.

It is very important to be informed that the removal of the ovaries could induce early menopause. Menopause is stimulated by the end of the ovulation process. In case you are younger than 40 years old, you must think twice before getting a hysterectomy, as during the menopause, the estrogen levels are decreasing. This could represent a high risk of osteoporosis. Other symptoms of early menopause include sweating, disturbed sleep or vaginal dryness.

Moreover, the emotional side effects that one woman can develop after undergoing a hysterectomy could profoundly affect her. There are many patients who are truly sad after the surgical intervention and they feel like they have lost something. This feeling might also be induced by the fact that they are no longer able to make children. Some of these patients have never had a menopause. Other say that they feel less “womanly”. Unfortunately, hysterectomy could also induce depression. 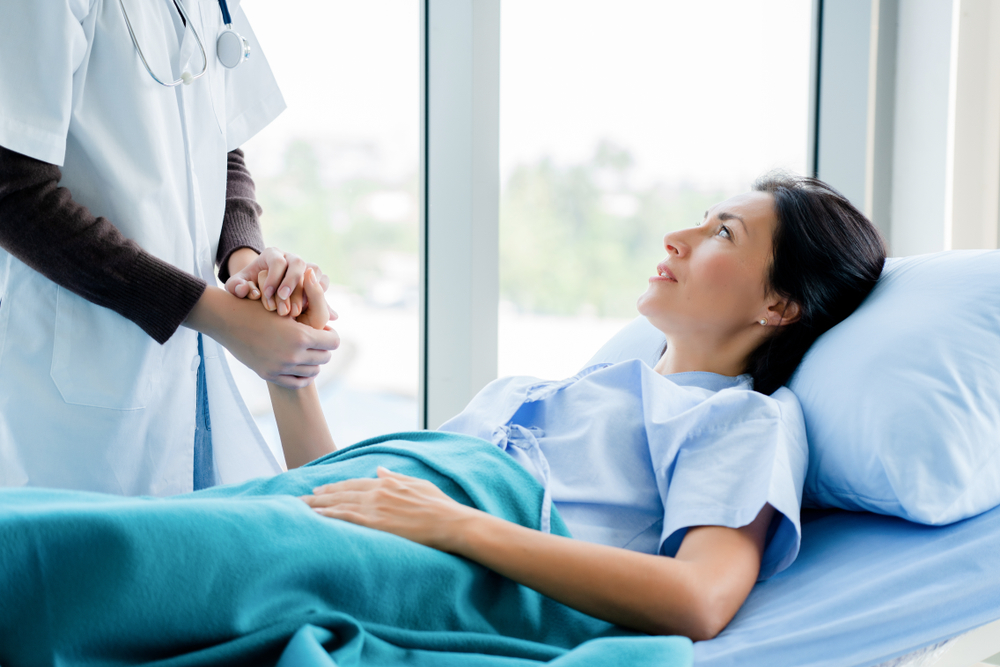 Waking up after a hysterectomy might not be the best feeling you get to have. Normally, you would feel some pain and very tired. Each patient is getting painkillers right away, so the discomfort will be highly reduced. Also, if the anesthetic has made you feel sick, you will get the necessary medicine for this, as well.

Normally, in the first day after the procedure, any patient that has suffered a hysterectomy will have bandages over the place of the incision, a perfusion and a catheter. The catheter is usually in for up to about 12 hours. This way, the risk of urinary retention is considerably decreased. Right after removal of the catheter, the urination can be done normally.

Moreover, if the patient had an abdomen hysterectomy, there will be a drainage tube in the abdomen for about one or two days. The purpose of this drainage tube is to absorb the blood underneath the cut. In case the patient has suffered a vaginal hysterectomy, there will be inserted a gauze pack in the vagina. The gauze stops the bleeding and reduces the risks. It is usually kept for only 24 hours.

It is highly important for any patient to try to take even a very short walk in the first day after the hysterectomy has been performed. Doing so, the blood can normally circulate throughout the body and risks of thrombosis, for example, would be considerably decreased.

Though it is important to move a little bit after surgery, it is also very important to comfortably rest, as well, as the muscles and tissues need some time for healing.

The recovery time depends on the type of procedure that the patient got. But, age and the overall level of health influence a lot these times. Therefore, a younger and healthier patient could significantly recover faster than an older patient.

Normally, discharge from the hospital after a vaginal or laparoscopic hysterectomy should be done in 1 or up to 4 days later.

The patients who suffered an abdominal hysterectomy usually discharge in about 5 days after the procedure.

Stiches are normally extracted after 5 to 7 days after the surgical intervention and it is not necessary to visit the hospital for further follow up, only if there are no health complications afterwards.

The full recovery from an abdominal hysterectomy normally lasts between 6 to 8 weeks.

Returning to the normal life after getting a hysterectomy might take some time.

If you have suffered a hysterectomy, you might not be able to return to work very soon. Usually, it takes between 4 to even 8 weeks until you recover, but this only if the job you have is not physical. It is best to return to work just when you truly feel like recovered and able to perform the activities.

After a hysterectomy, you might not be able to drive for about 4-8 weeks, or until you are not disturbed anymore by the seatbelt and you have the power to use the car’s brakes at full capacity. After surgery, it is recommended to talk about driving with the medical specialist before starting to do it.

In terms of exercising, before discharging from the hospital, the staff should give you some recommendations. For example, you should not lift weighty objects, nor gym weights or the groceries. Walking is always a good idea and you would also be able to swim just after the wounds are healed.

The sexual activity should be postponed for about 5 weeks after the hysterectomy. You might get it started once you feel totally able and comfortable to do so. At first, you might encounter some symptoms, such as vaginal dryness or even low libido, but the more time passes after the surgery, the better you will feel.

Though it is not necessarily empirically proven, some would say that hysterectomy would highly impact the sexual response of the nerves. It depends totally on the type of procedure that you have undergone and how the nerves have been affected. But, as some would say, hysterectomy might actually improve considerably your sexual response, therefore the orgasm could be more intense.

Another important aspect of getting a hysterectomy is that you no longer need to take contraceptives, in case that you were doing so before the intervention.

A hysterectomy might not be covered by the insurance if it is elective. Therefore, the patient might need to pay for the intervention with its own money.

The prices in the United States of America usually vary from 4.200 USD to 8.500 USD. A vaginal hysterectomy is cheaper than a vaginal laparoscopic hysterectomy, for example.

Thanks to medical tourism, the same procedure can be done abroad for less money. Therefore, someone who would travel to get a hysterectomy in a foreign country might actually get a great deal. There are many clinics and hospitals which offer high quality for lower prices.

If you and your medical specialist decide that you need to undergo a hysterectomy, you might want to get it done abroad. As hysterectomy is not necessarily a very difficult surgery, you will recover pretty fast. Therefore, getting the surgical intervention abroad could be actually a great decision, as while you are recovering, you could enjoy the beauty of being a tourist.

Hysterectomy is usually performed when other methods of treatment fail. Though it is a procedure for treating cancer, it can also be used to treat other conditions.

This procedure might affect you both physically and emotionally on short term and the benefits and risks must be discussed with your healthcare professional and ultimately you must consider the advantages long term of performing the intervention. Bear in mind that it will take a couple of weeks before you completely recover after the surgery.