All you need to know about Ear Infections 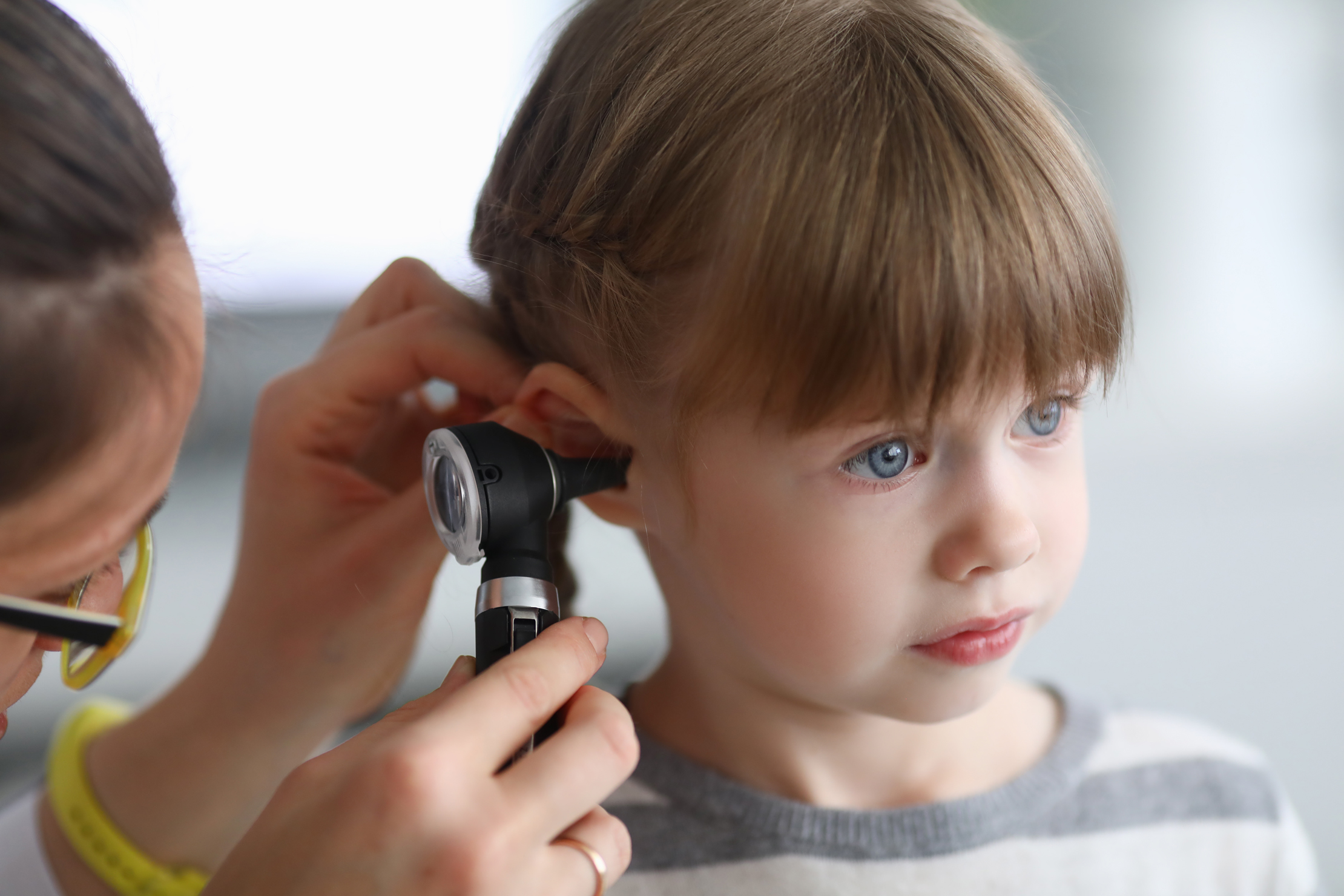 An ear infection happens when a bacterial or viral infection affects the ear. These can be really painful, due to fluid build-ups within the ear. This type of infections could be either persistent (chronic) or acute. Acute ear infections are painful, no matter how brief in terms of duration, while chronic ear infections can represent the cause of permanent harm to the middle and inner ear.

There are 3 main types of ear infections. They correspond to the 3 fundamental elements of the ear: inner, middle and outer ear, as follows:

A few of the most common signs and symptoms of ear infections include:

It is possible for these symptoms to persist or to come and go. Symptoms may also arise in one or both ears. Symptoms that accompany chronic ear infections can be much less noticeable than those of acute ear infections. Children younger than 6 months, who have a fever or any of the ear infection signs and symptoms, must be taken to a doctor.

An ear infection happens while one of your eustachian tubes becomes swollen or blocked, inflicting fluid to accumulate in your middle ear. Eustachian tubes are small tubes that run from your ear to the back of the throat. Some of the reasons this might happen include:

Possible risks of developing an ear infection are:

How are ear infections diagnosed?

Your healthcare provider will observe your ears with a device known as an otoscope that has a light and magnifying lens. Examination may also reveal:

If your infection is advanced, your medical doctor may also take some fluid from your ear to analyze in order to decide whether or not some antibiotic-resistant microorganisms are present and are the underlying cause of the infection. They may additionally order a computed tomography (CT) test of your head to decide if the infection has unfolded past the middle ear. You may also need a hearing test, particularly in case you are affected by persistent ear infections.

Another technique used to diagnose a likely ear infection is referred to as tympanometry. It's used to assess how well your ear is working. An easy assessment can also be done, especially if it seems that an infection has brought on hearing loss problems.

How are ear infections treated?

Most ear infections resolve without any medical intervention. Some of these techniques are powerful in relieving the signs and symptoms of a slight ear infection:

If your signs and symptoms do not improve or get even worse, you have to schedule an appointment with your doctor. They may also prescribe antibiotics in case your ear infection is persistent or does not look like improving. If an infant below the age of two has ear infection signs and symptoms, a medical specialist will probably prescribe him antibiotics as well. It's essential to complete your whole treatment of antibiotics, if they are prescribed.

Surgery can be a back-up alternative in case your ear infection does not go away with the standard remedies. Surgery can also be applied in case that you encounter numerous ear infections during a couple of months.

Nevertheless, the treatment of an ear infection depends on the part of the ear that has been affected, as follows: 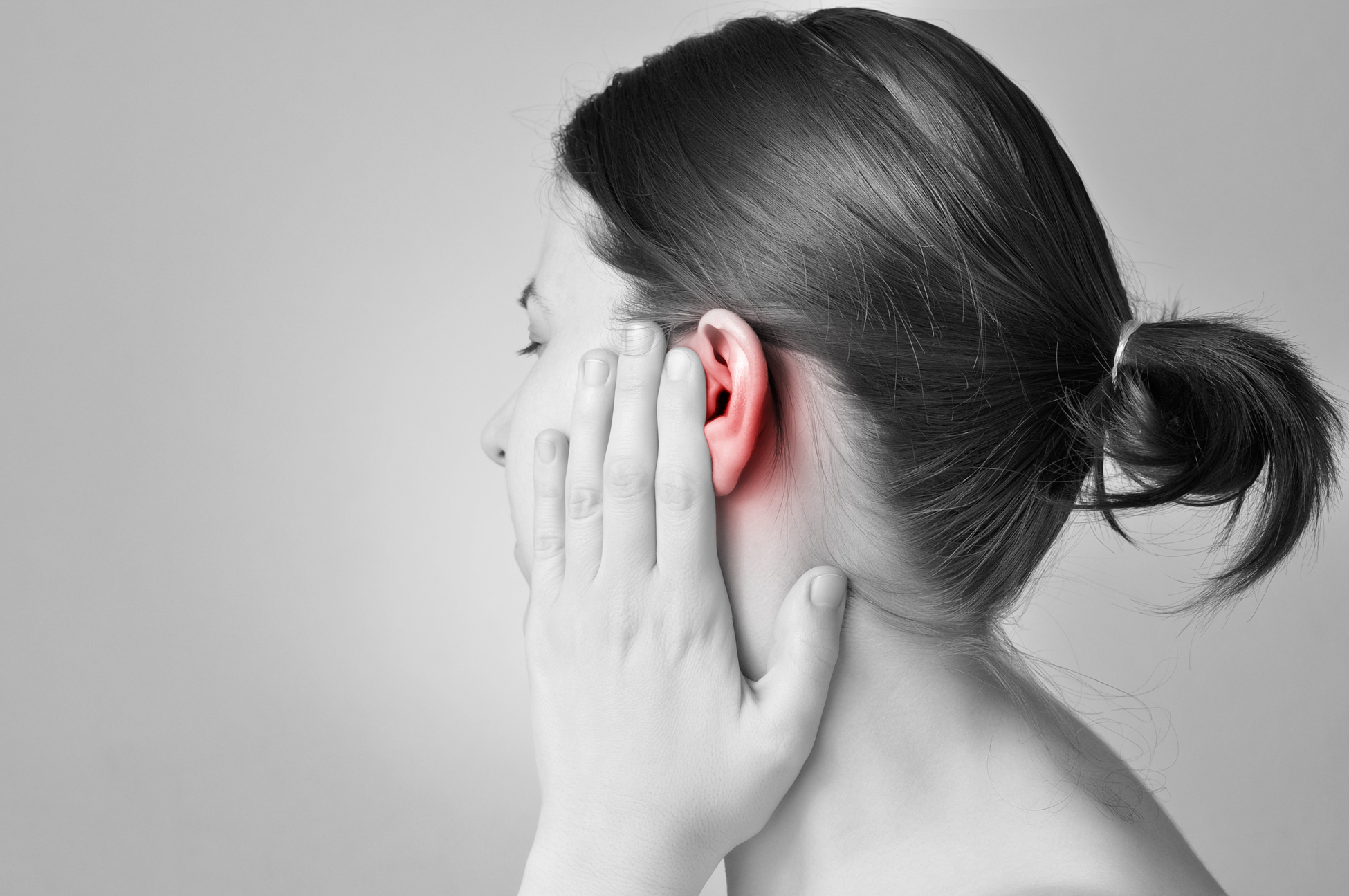 Most ear infections are commonly easily solved; however, they can recur. These uncommon and possibly severe complications may accompany ear infections:

Other close by components of the ear additionally may pose a risk when talking about ear infections. These can also be affected by an infection:

How can ear infections be prevented?

The following practices may also decrease the risk of ear infections:

Ear infections in kids and babies

Ear infections arise typically in children due to the fact they have got short and rather horizontal eustachian tubes. Infants, who are bottle-fed, have an even higher prevalence of ear infections compared to the breastfed babies.

In most cases, these show up in youngsters earlier than they could learn to talk. If your baby does not talk yet, here are some behavior cues to look out for:

Why are youngsters much more likely than adults to get ear infections?

There are numerous explanations why youngsters are much more likely than adults to get ear infections.

A baby's immune system is not as powerful as an adult’s, due to the fact that it is in the process of developing. This makes it more difficult in general for children and babies to combat infections.

As a part of the immune system, the adenoids combat the microorganisms passing from the nostril and mouth. Sometimes microorganisms get trapped within the adenoids, inflicting a persistent infection that could then travel directly to the eustachian tubes and the center ear.

How does a health practitioner diagnose a middle ear infection in children?

The first step a health practitioner will take is to ask you about your baby's health. Has your baby had a sore throat recently? Is he having trouble sleeping? Is he pulling at his ears? If an ear infection is suspected, a doctor may apply an instrument, referred to as an otoscope, to check the eardrum. A red, bulging eardrum shows an infection.

A health practitioner additionally might also use a pneumatic otoscope, which blows a gasp of air into the ear canal, to test for fluid at the back of the eardrum.

A tympanometry, which makes use of sound tones and air strain, is a diagnostic tool that a health practitioner would possibly use if the prognosis is not clear. A tympanometer is a small, tender plug that carries a tiny microphone and speaker in addition to a tool that varies the air pressure within the ear. It measures how bendy the eardrum is at exceptional pressures.

How is an acute middle ear infection treated in children? 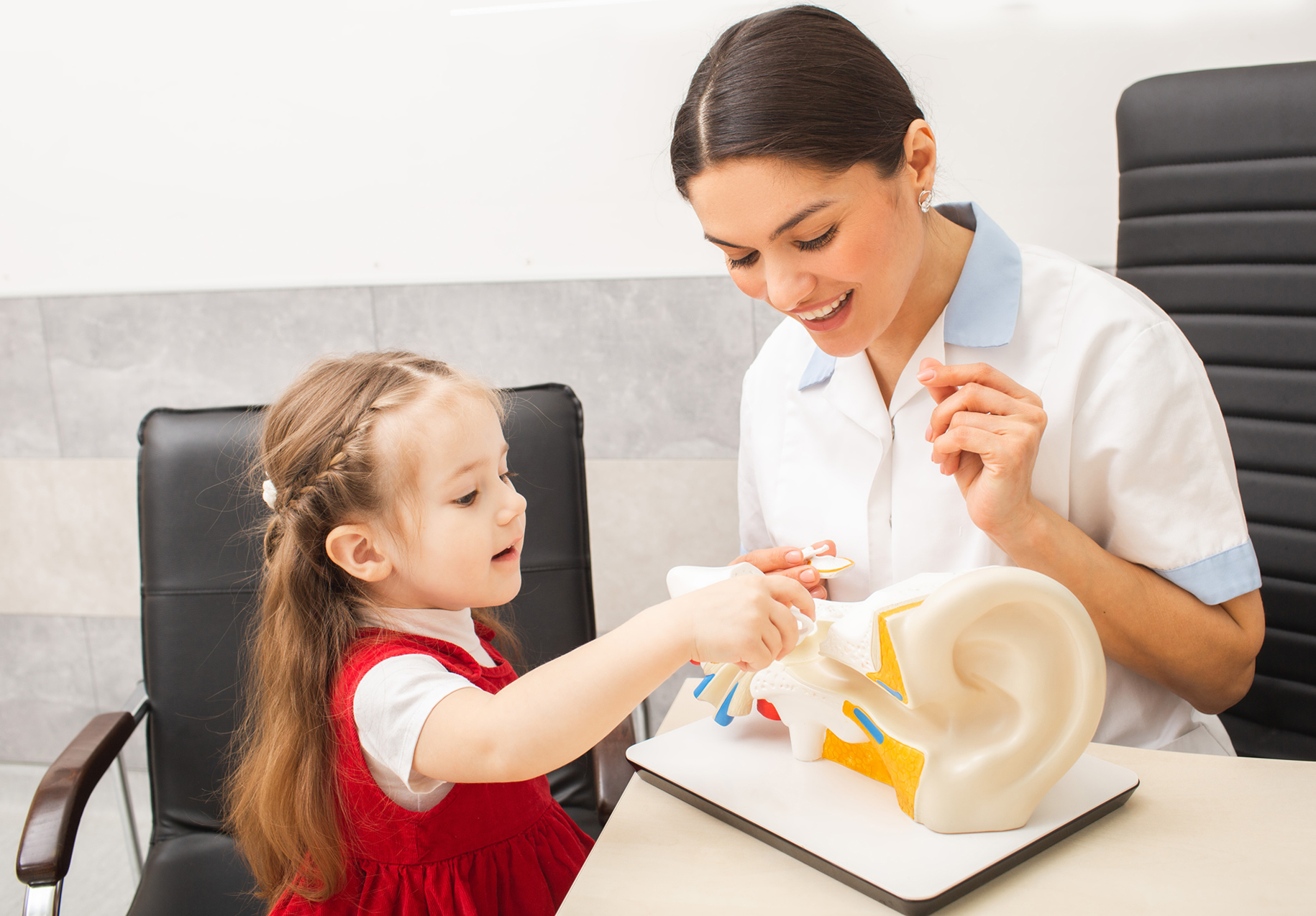 Many doctors will prescribe an antibiotic, including amoxicillin, to be taken for seven to ten days. Your health practitioner additionally might advise you to give your baby over the counter pain relievers including acetaminophen or ibuprofen, or eardrops, to assist with fever and ache.

If your health practitioner cannot make an exact prognosis solely based on the symptoms and your baby does not have excessive ear pain or a fever, he might ask you to wait for a few days to see whether or not the earache goes away. If your health practitioner prescribes an antibiotic, it is crucial to make sure that your baby takes it precisely as prescribed and for the entire period of time. Even if the symptoms of your baby tend to improve in the very next days, the infection has absolutely not cleared from the ear. Stopping the antibiotics too quickly will allow the infection to return and become stronger. It's crucial to go back on your baby's check-up visit, in order that the health practitioner can take a look and see if the infection is gone.

One of the reasons children are much more likely than adults to get ear infections is that their eustachian tubes are small and horizontal unlike the tubes in adults. They have smaller eustachian tubes, so they pose a higher risk for developing an ear infection. Make sure you do not expose your child to smoke, as that can also increase this risk. Having seasonal hypersensitive reactions or frequent common colds additionally place them at a higher chance, too.

A common ear infection that can occur during pregnancy is swimmer's ear. This ear infection occurs in the external ear canal, usually after swimming in dirty water or accidentally scratching the inside of the ear. A very rare and transient ear problem that can occur during pregnancy is sudden sensorineural hearing loss (SSNHL). It is not an infection, and researchers do not know exactly why some people develop this rare disease during pregnancy. However, it usually occurs in the second or third trimester and heals in less than 10 days. Tell your doctor immediately if you have an earache or changes in your hearing.

Causes of Ear Infections During Pregnancy

Changes in pregnancy that make it more likely for you to develop an ear infection include:

Changes during pregnancy can also cause other temporary ear problems, such as dizziness or vertigo. Your hearing and balance can be affected during pregnancy if you already have a preexisting medical condition, such as Meniere's disease. When it's cold, allergy, or flu season, everyone is at higher risk for ear infections and other infections.

Infection or damage to the inner ear can sometimes cause:

Symptoms of an ear infection during pregnancy

Symptoms of an ear infection during pregnancy can include:

Remedies for ear infections during pregnancy

Any type of infection can be harmful if left untreated. If you suspect you have an ear infection, see a doctor right away. Without treatment, the infection can damage the inner ear and lead to hearing loss.

Home remedies can help relieve the symptoms when used with prescription drugs. Also, home remedies are truly useful when a doctor decides that you don't need medical attention. Home remedies for earache are:

See a doctor regularly for prenatal care. Tell your doctor right away if you suspect you have an ear infection. Not all earaches are infections, but it's always safer to get tested. The infection can spread and damage your hearing. Tell your doctor if you have other ear symptoms such as tinnitus (ringing in the ears). Other serious health conditions, such as high blood pressure or iron deficiency anemia, can also cause some ear symptoms such as tinnitus. In some cases, your doctor may refer you to an otolaryngologist, who is a doctor who specializes in a disease of the throat, nose, or ears.

Consult your doctor before taking over-the-counter pain relievers. Acetaminophen is considered safe during pregnancy, but you should avoid aspirin and non-steroidal anti-inflammatory drugs (NSAIDs) such as ibuprofen (Advil) or naproxen (Aleve). In most cases, antibiotics are used to treat serious bacterial ear infections. However, it may not be safe to use many antibiotics during pregnancy. Your doctor can choose the best option. He can also check for any inflammation in the ear canal.

If you have a severe bacterial ear infection, your doctor may prescribe antibiotic ear drops that should be used for up to 2 weeks. Other treatments that may be safe during pregnancy include ear rinses and ointments.

Is an ear infection during pregnancy harmful to you or your baby?

Any type of infection can be harmful to you and, therefore, to your baby. If left untreated, serious ear infections can spread to the brain or other parts of the body. If you have a severe infection, your doctor may recommend that you take an antibiotic that is safe during pregnancy.

Ear infections could be both mild or severe, and in some cases, they can even be unbearable. In case of a more complicated ear infection, you should see a specialist. Any specialist will analyze the situation and will offer you a treatment that will improve the symptoms and the outcome of your infection.

In order to avoid the recurrence of the ear infection and to properly treat it, it is truly important to detect the right cause.