All you need to know about Genital Herpes 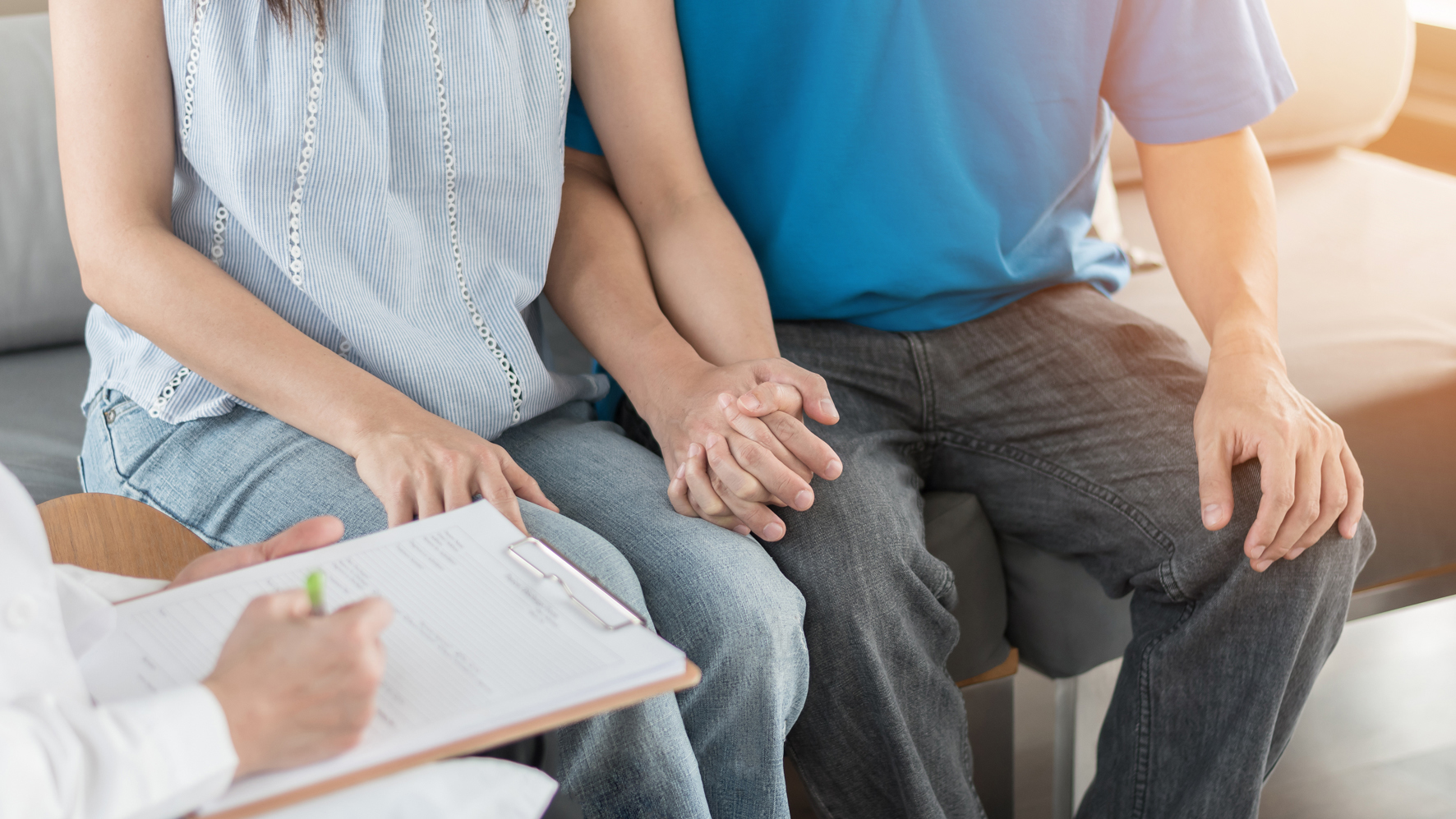 Genital Herpes can be defined as a sexually transmitted viral infection that can be caused by having sexual interaction with an infected person. Once encountered, the virus may manifest its infectious nature multiple times in the lifetime of a single host.

The disease may or may not be symptomatic. It causes redness, swelling, itch, and pain in the genital area.

Herpes genitalis is still one of the most often spread sexually transmitted illnesses (STI). While HSV-2 is responsible for the vast majority of cases, uncommon but growing occurrences of herpes simplex virus type 1 have been discovered (HSV-1). Both HSV-1 and HSV-2 are mostly transmitted through direct contact with open sores.

From 2005 to 2010, 16% of patients aged 14 to 49 were found to be HSV-2 seropositive. Antibodies to HSV-2 are frequently present by puberty, and their existence commonly corresponds with the individual's level of sexual activity. An infection has been documented in more women than males, and as predicted, the frequency rises with the number of sexual partners.

HSV remains one of the best most prevalent causes of genital ulcers in the United States, and more than 23 million new cases are recorded each year worldwide.

Causes the spread of Genital Herpes

HSV-2 is mostly spread through sexual contact, which accounts for its prevalence beginning in adolescence. HSV can only remain infectious on damp surfaces for days due to its limited stability outside the body. As a result, transmission routes other than sexual intercourse are frequently minimal. In pregnant women, both primary and recurrent HSV infections can result in intrauterine transmission and congenital HSV infection.

The virus predominantly affects the skin and mucous membranes, infecting epithelial cells and eventually reproducing intracellularly at that place. The virus then lays latent in the periaxonal sheath of the sensory neurons of the trigeminal, cervical, lumbosacral, or autonomic ganglia after the initial exposure, and symptoms diminish in 10 to 14 days on average.

In these areas, viral replication is frequently restricted by the patient's immune system and remains dormant until later in life, when it becomes reactive. When the virus reactivates, it travels via the sensory nerves until it reaches the mucocutaneous sites, where replication occurs, resulting in vesicular clusters at the dermatological site of that sensory neuron.

Herpes may or may not present symptoms and can be inactive for a prolonged period of time without ever causing any clinical affliction. Its symptoms can vary depending upon 1st incidence of infection or subsequent and recurrent infection.

The symptomatic and clinical disease state in the case of 1st-time infection is referred to as an outbreak. Once the virus enters the body, it usually takes about 2 to 3 days to up to two weeks for the first outbreak. The duration of an outbreak may last from 2 weeks to about a month

The characteristic signs include macular or papular skin and mucous membrane lesions that proceed to vesicles and pustules and can persist for up to three weeks. Genital lesions can be very severe, causing enlargement of the vulva, searing sensation, and dysuria in women.

Where does the Herpes affect?

Commonly Genital Herpes is specified to the genital area of the body. Commonly afflicted sites are the cervix, vagina, and vulva in women. In men, the painful symptoms are located on and around the anus, scrotum, and penis. Base of the penis shaft can also be severely affected as well as the tip.

The first outbreak is usually more severe and prolonged since the previous immunity has not been developed. In the case of subsequent infections, the severity of symptoms declines with time, and eventually, there is less severe infection and shorter duration and ultimately, rapid recovery.  In some patients, before the first outbreak, prodromal symptoms occur such as tingling and itching in the genital area which is a matter of few hours is accompanied by severe pain radiating around the pelvic area, hips, and legs. Next, the appearance of blisters and redness started.

Systemic symptoms are in accordance with any viral infection and can cause fever, chills, headaches, body aches, loss of appetite, pain and swelling of lymph nodes, etc.

Women are more likely than males to develop viral illness. Spread from males to women is reported to be more common than spread from women to men.

Genital herpes often produces blistering lesions on the vulva and surrounding the vaginal entrance in women, which proceed to ulcer development. In most cases, the infection extends to the cervix, resulting in cervicitis.

Genital herpes caused by HSV-2 can be detected by the following methods:

When to get tested for Genital Herpes?

Herpes is a disease with multiple apparent signs and symptoms. The appearance of redness, blisters, and swelling are common signs of genital herpes. However, other STDs such as syphilis have the same clinical appearance and pathology. It is, therefore, a better choice to get a physical exam by a doctor before concomitant testing as prescribed.

Genital herpes requires both medical interventions as well as changes in lifestyle and hygienic habits.

Medicines to be taken in HSV-2 infection

Although there is no cure for this condition, however, since Genital Herpes is a viral disease, the doctor will likely prescribe antiviral drugs. Medication does not entirely cure the symptoms such as blisters and sores etc. However, starting an antiviral therapy early on in the outbreak can substantially diminish the severity of the symptoms thus making it more manageable.

These drugs are preferentially absorbed by virus-infected cells and prevent viral multiplication. All patients should be treated to avoid a lengthy duration of their symptoms, ideally promptly after the first lesion appears. Among these antivirals are:

Acyclovir is available in topical, oral, and intravenous forms. The oral formulation has a limited bioavailability, which has been enhanced with the addition of valacyclovir (see below). Acyclovir's advantages include its minimal side effect profile, which allows it to be tolerated for lengthy periods of time. Suppressive therapy with acyclovir can prevent or postpone up to 80% of recurrences, lowering shedding by more than 90%.

When administered at high doses, reported negative effects to include renal damage and neutropenia. Resistance has been documented in immunocompromised individuals and those who are immunocompetent who are receiving acyclovir as suppressive treatment for genital herpes.

The treatment course is further classified into three types and a doctor will decide what course suits best to what patient. These include:

Over the counter medication for genital herpes

There is only one FDA-approved over-the-counter antiviral (Docosanol). It can be obtained from a pharmacy after talking to a pharmacist about the condition and disease.

HSV vaccinations are being researched to potentially lessen the intensity of symptoms and speed up apparent lesion healing. Furthermore, lowering shedding may lessen the severity, as demonstrated with the Varicella-zoster vaccination. There is currently no HSV vaccination available.

HSV-2 infection in the genital tract is linked to an increased risk of HIV infection. As a result, be aware that testing for HIV infection may modify HSV-2 therapy.

Because they both present in the vaginal region, genital warts and herpes can be difficult to differentiate. However, genital warts are little, flesh-colored lumps, but herpes sores resemble blisters or open wounds.

Skin-on-skin contact can spread both genital warts and genital herpes. When genital warts or herpes are swollen or irritated, distinguishing between the two can be very difficult.

The underlying viruses are what distinguish genital warts from herpes. Genital warts are a frequent word for a human papillomavirus (HPV) infection, while herpes is a common term for a herpes simplex virus (HSV) infection.

Although there is no treatment for HSV-2, early detection of symptoms and rapid initiation of medication can result in early viral replication inhibition. Abstinence during known virus shedding can reduce the probability of seronegative partner transmission. The Herpesviruses as a group cause severe neurological morbidity, and regrettably, HSV-2 remains in the seropositive individual for life.

Living with frequent outbreaks or even the first outbreak of genital herpes can damage the lifestyle and mental health of a patient. A few home remedies and lifestyle modifications are essential for absolute treatment and management of the disease.

Viral diseases tend to lower the body's immune response thus making it more susceptible to other infections and complications. Following complications are likely to occur with HSV-2 infection.

1. Is Herpes a lifelong condition?

Yes, there is no 100% cure of the disease and recurrent episodes of outbreaks can occur at any time, it is safe to say genital herpes, once acquired can come back at any time.

2. What is the effect of topical alcohol application on the virus?

According to CDC, ethyl alcohol has virucidal (virus killing) properties at a concentration of 75-80%. This, however, can not be set as a hard and fast rule since different viruses have different lipophilic properties that vary with the environment.

3. What is the effect of Epsom salt on Herpes blisters?

Epsom salts are widely used as bath salt for both relaxation and disinfection. People who enjoy the use of such salts can soak their bodies for 5-10 minutes in an Epsom salt bath and pat dry afterward. It will help to decrease itching, redness, and swelling for a few hours.

Herpes genitalis is one of the most prevalent sexually transmitted viruses, and the psychological morbidity it causes is a significant, largely underappreciated medical concern. It is caused by the herpes simplex virus type 2 (HSV-2) and, in an increasing number of cases, the herpes simplex virus type 1 (HSV-1) (HSV-1). Both organisms are DNA viruses with envelopes that are susceptible to disinfectants and environmental factors.

The typical clinical symptoms include macular or papular skin and mucous membrane lesions that appear 4–7 days after a sexual encounter and proceed to vesicles, pustules, and ulcers that can persist up to 3 weeks. 12. Sensation, particularly severe inflammatory swelling of the vulva in women, searing pain, and dysuria are other common symptoms. Lymphadenopathy, fever, and cervicitis in women, or proctitis in males, are some of the most prevalent accompanying symptoms.

Genital herpes can present atypically, especially in the female genital tract, making clinical identification much more challenging. In the absence of symptoms, signs of herpes lesions of the cervix are rather prevalent, although urethral manifestations are frequently linked with severe micturition difficulties. Direct viral detection is used in the laboratory to make the diagnosis of acute genital HSV infection or asymptomatic virus shedding.

Acyclovir is the first-line treatment for herpes genitalis and other HSV infections. Oral administration, on the other hand, has a bioavailability of just 15–30%. In immune-competent persons, infections of the skin and mucous membranes, including herpes genitalis, are treated orally.

Severe HSV infections should be treated with intravenous (i. v.) acyclovir, especially in immunocompromised individuals. The dose of acyclovir for the treatment of herpes genitalis is determined by the patient's infection status, immunological competence, and whether or not she is pregnant.

The medical care of people with herpes genitalis is frequently inadequate. It can be considerably improved with professional patient counseling and the proper application of existing diagnostic, therapeutic, and preventative strategies. Nonetheless, current antiviral therapy and prevention have flaws, particularly in the management of frequent recurrences.