Are you carrying it in your genes?

What do you need to know about hereditary breast cancer? 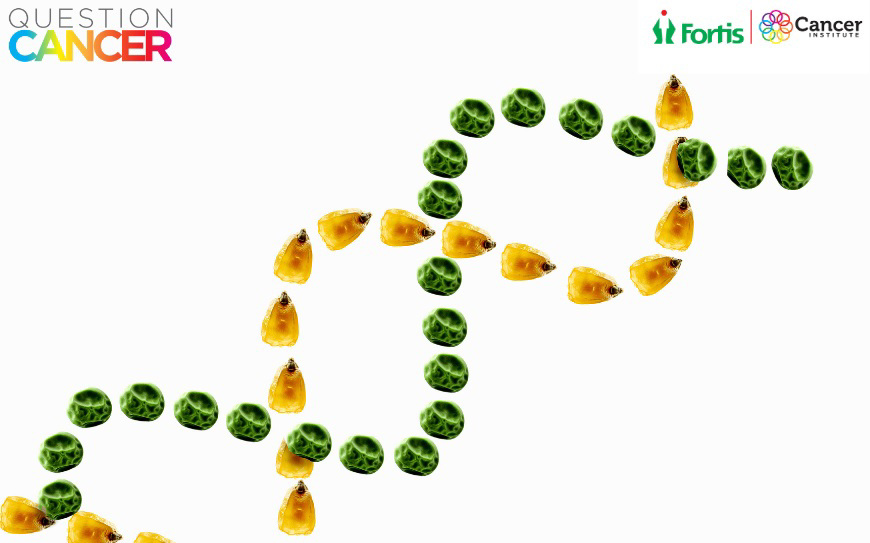 With over 1.46 million cases, cancer is the second most cause of mortality in India, after cardiovascular ideas. India has also witnessed a surge in breast cancer cases, affecting around one in 22 women in the country. While women are predominantly affected by the disease, regular cases of male breast cancer have also been reported (Male Pink).

Breast cancer occurs due to abnormal growth in the cells, further accumulating to form a lump or a mass. These cells metastasize through the breast to the lymph nodes or other parts of the body. Hormonal, lifestyle, and environmental factors contribute to the odds of breast cancer.

That said, 5% to 10% of breast cancers are known to be hereditary, caused by abnormal genes passed from parent to child. Individuals with hereditary breast cancer (HBOC) inherit the germline mutation in the BRCA1 or BRCA2 gene or some form of rare genetic mutations like PALB2,

TP53, ATM, PTEN, CDH1, etc. and have an increased risk for breast, ovarian cancer, and other cancers. Note that the risk of particular cancer accumulates over their lifetime.

BRCA1 as well as BRCA2 genes help repair cell damage and boost the growth of breast, ovarian, and other cells. However, when these genes contain mutations that are passed through generations, the genes are unlikely to function normally increasing the risk of breast, ovarian, and other cancers. That said, women who are diagnosed with breast cancer and have either of BRCA mutations are likely to have a family history of breast cancer.

Having a family history of breast cancer:

Having a personal history of breast cancer:

In case you had cancer in one breast, the risk of you developing new cancer in the other breast or another part of the same breast is high. Note that the risk is higher for younger women with breast cancer.

What are the signs and symptoms of breast cancer:

While breast cancer survival rates have increased, and the number of deaths associated with this disease has been declining. The survival rates increase due to factors such as earlier detection, an advanced personalized approach to treatment, and a better understanding of the disease. Therefore, it is essential to watch out for the possible signs and symptoms of breast cancer and consult your medical professional in case of any query.