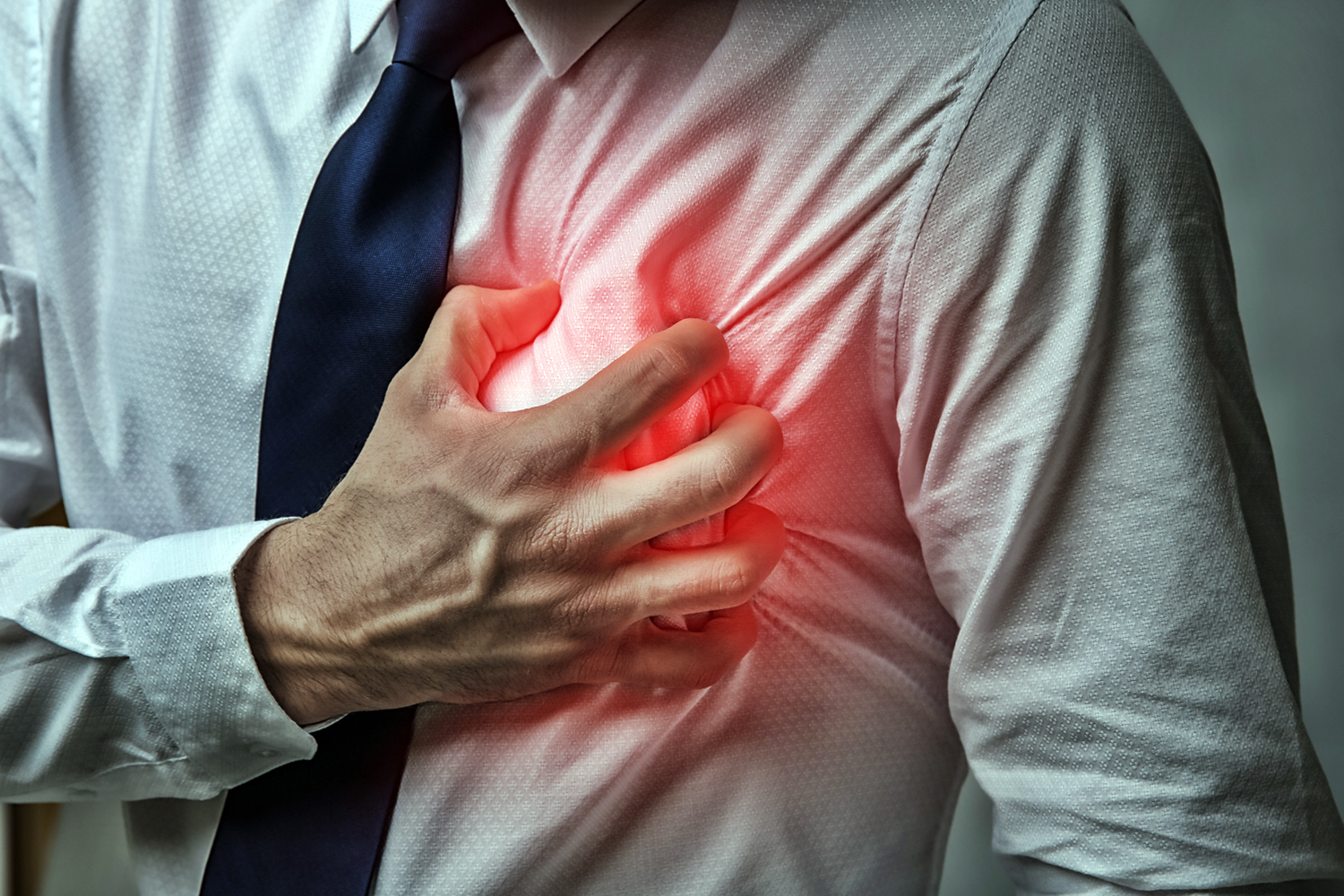 Heart failure is a complicated clinical condition that occurs when the heart is unable to pump enough blood to satisfy the body's needs. It is caused by any functional or anatomical cardiac disease that impairs ventricular filling or blood ejection to the systemic circulation to fulfill systemic demands.

The majority of individuals with heart failure have symptoms as a result of decreased left ventricular myocardial function. Patients often report with dyspnea, reduced exercise tolerance, and fluid retention, as seen by pulmonary and peripheral edema.

Due to a varied cut off for systolic dysfunction employed by different research, individuals with an ejection fraction ranging from 40% to 50% have been regarded to constitute an intermediate group of patients. These individuals should be treated frequently for underlying risk factors and comorbidities, as well as with appropriate guideline-directed treatment.

When heart failure occurs, compensatory systems try to raise cardiac filling pressure, muscle mass, and heart rate. However, in many situations, there is a gradual decrease in cardiac function.

Heart failure can be caused by a variety of conditions, including illnesses of the pericardium, myocardium, endocardium, cardiac valves, vasculature, or metabolism.

Hypertension, obesity, coronary artery disease, diabetes mellitus, atrial fibrillation, and hyperlipidemia are highly prevalent in patients with Heart failure with preserved ejection fraction (HFpEF). Hypertension by far is the most important cause of HFpEF. Furthermore, diseases such as hypertrophic obstructive cardiomyopathy and restrictive cardiomyopathy are linked to substantial diastolic dysfunction, which leads to HFpEF.

Causes of high-output failure include:

Very common causes of decompensation in a stable patient with HF include:

EF is frequently greater than 50% in patients with HFpEF, who are primarily females and older individuals; the volume of the left-ventricular (LV) cavity is normally normal, but the LV wall is thickened and stiff; hence, the ratio of LV mass/end-diastolic volume is high. HFpEF is further classified as borderline HF if the EF remains between 41 and 49 percent and improved HF if the EF is more than 40 %.

In individuals with HFrEF, however, the LV cavity is generally dilated, and the LV mass/end-diastolic volume ratio is either normal or decreased. At the cellular level, both cardiomyocyte diameter and myofibril volume are greater in HFpEF than in HFrEF. In terms of therapy and result, individuals with HFrEF respond favorably to conventional pharmacological treatment regimens and have a better prognosis.

Patients with HFpEF, on the other hand, have not been proven to react to typical pharmacological therapies, with the exception of nitrates, and hence have a poor prognosis, particularly during the decompensated phase of HF. Furthermore, HF is categorized as high-output failure or low-output failure depending on cardiac output. High-output failure is a rare disease defined by a resting cardiac index of more than 2.5–4.0 L/min/m2 and low systemic vascular resistance.

Severe anemia, vascular shunting, hyperthyroidism, and vitamin B1 insufficiency are the most prevalent reasons of high output failure. This occurs as a result of ineffective blood volume and pressure, which stimulate the sympathetic nervous system and the renin-angiotensin-aldosterone system (RAAS), resulting in the release of antidiuretic hormone (ADH), all of which lead to ventricular enlargement, negative ventricular remodeling, and HF.

Recently, it has been hypothesized that exercise intolerance in HFpEF is caused by a reduction in oxygen supply to or reduced oxygen consumption by the exercising skeletal muscles.

Given the slowed oxygen uptake kinetics in HF, as well as the impairment of peripheral muscle function, exercise rehabilitation appears to be a logical and necessary factor in improving the inflammatory imbalance, relieving elevated cardiac filling pressures, restoring exercise capacity, quality of life, and reducing morbidity and mortality associated with HF. As a result, in HFpEF patients, high-intensity exercise training, as compared to moderate-intensity exercise training, has been found to dramatically enhance rate of oxygen consumption or VO2 without impairing endothelial function.

In both dilated cardiomyopathy and arrhythmic right ventricular cardiomyopathy, autosomal dominant inheritance has been established. Restrictive cardiomyopathies are generally sporadic and linked to the cardiac troponin I gene. Cardiomyopathies can be tested genetically at large genetic institutes.

The at-risk patient should be evaluated and monitored in families where a first-degree relative has been diagnosed with cardiomyopathy leading to heart failure. An ECG and an echocardiography are the recommended screenings. Asymptomatic LV dysfunction should be recorded and addressed if it exists in the patient.

In the United States, approximately 5.1 million people have clinically evident heart failure, and the prevalence is increasing. Heart failure incidence has been constant over the last decades, with more than 650,000 new instances of heart failure identified each year, particularly among people over the age of 65.

Because the prevalence of heart failure is higher in this age range, the situation is anticipated to deteriorate in the near future. There are epidemiological disparities. When compared to whites, black males had the highest incidence rate (1000 person-years) of heart failure and the highest five-year death rate.

Despite improvements in survival, the absolute death rate for people with heart failure remains over 50% within five years of diagnosis. The survival rate is inversely related to the severity of heart failure staging.

When trying to maintain appropriate cardiac performance, the adaptive mechanisms that may be enough to maintain the overall contractile function of the heart at generally normal levels become maladaptive. Myocyte hypertrophy, apoptosis, and regeneration are the major cardiac responses to chronically increasing wall stress. This process eventually leads to remodeling, generally of the eccentric type, and decreased cardiac output, resulting in a neurohumoral and vascular cascade.

When carotid baroreceptor stimulation and renal perfusion are reduced, the sympathetic nervous system and the Renin-Angiotensin-Aldosterone system are activated.

The stimulation of the sympathetic nervous system causes a rise in heart rate and inotropy, which leads to myocardial toxicity. The activation of the Renin-Angiotensin-Aldosterone pathway causes vasoconstriction, raising afterload (angiotensin II), and hemodynamic changes, increasing preload (aldosterone).

BNP and ANP are both peptides that are produced from the atria and ventricles in response to heart chamber pressure/volume increase. These peptides increase natriuresis and vasodilation. Furthermore. BNP reduces sodium reabsorption in the proximal convoluted tubule. It also inhibits the secretion of renin and aldosterone.

There is poor relaxation and increased ventricular stiffness in individuals with HFpEF, resulting in dysfunction in diastolic filling of the left ventricle. Patients with concentrcleft ventricular hypertrophy exhibit a shift to the left in the diastolic pressure volume curve, resulting in an increase in diastolic pressures, increased energy expenditure, oxygen demand, and myocardial ischemia.

All of these processes will promote negative remodeling and decrease left ventricular function, resulting in heart failure symptoms.

Stroke volume decreases as a result of both systolic and diastolic heart failure. This activates peripheral and central baroreflexes and chemoreflexes, which can cause significant increases in sympathetic nerve traffic.

Although there are similarities in the neurohormonal responses to reduced stroke volume, the neurohormone-mediated processes that follow have been well understood in those with systolic heart failure. The subsequent increase in plasma norepinephrine corresponds directly with the degree of myocardial dysfunction and has important prognostic consequences.

ANP and BNP are endogenously produced peptides that are triggered in response to atrial and ventricular volume/pressure expansion, respectively. The atria and ventricles produce ANP and BNP, which both induce vasodilation and natriuresis.

Their hemodynamic effects are mediated by reductions in ventricular filling pressures caused by decreases in cardiac preload and afterload. BNP, in particular, causes selective afferent arteriolar vasodilation while inhibiting sodium reabsorption in the proximal convoluted tubule.

It also suppresses the release of renin and aldosterone, and therefore adrenergic activity. In chronic heart failure, ANP and BNP levels are high. BNP, in particular, has significant diagnostic, therapeutic, and prognostic consequences.

Heart failure symptoms include those caused by excess fluid buildup (dyspnea, orthopnea, edema, discomfort from hepatic congestion, and abdominal distention from ascites) as well as those caused by a decrease in cardiac output (fatigue, weakness) that is most noticeable with physical activity.

Shortness of breath at rest and/or with activity, orthopnea, paroxysmal nocturnal dyspnea, and right upper quadrant pain owing to acute hepatic congestion define acute and subacute presentations (days to weeks) (right heart failure). If the patient develops atrial or ventricular tachyarrhythmias, palpitations with or without lightheadedness may ensue.

Fatigue, anorexia, abdominal distension, and peripheral edema may be more severe than dyspnea in chronic presentations (months). Anorexia is caused by a number of causes, including inadequate splanchnic circulation perfusion, intestinal edema, and nausea caused by hepatic congestion. 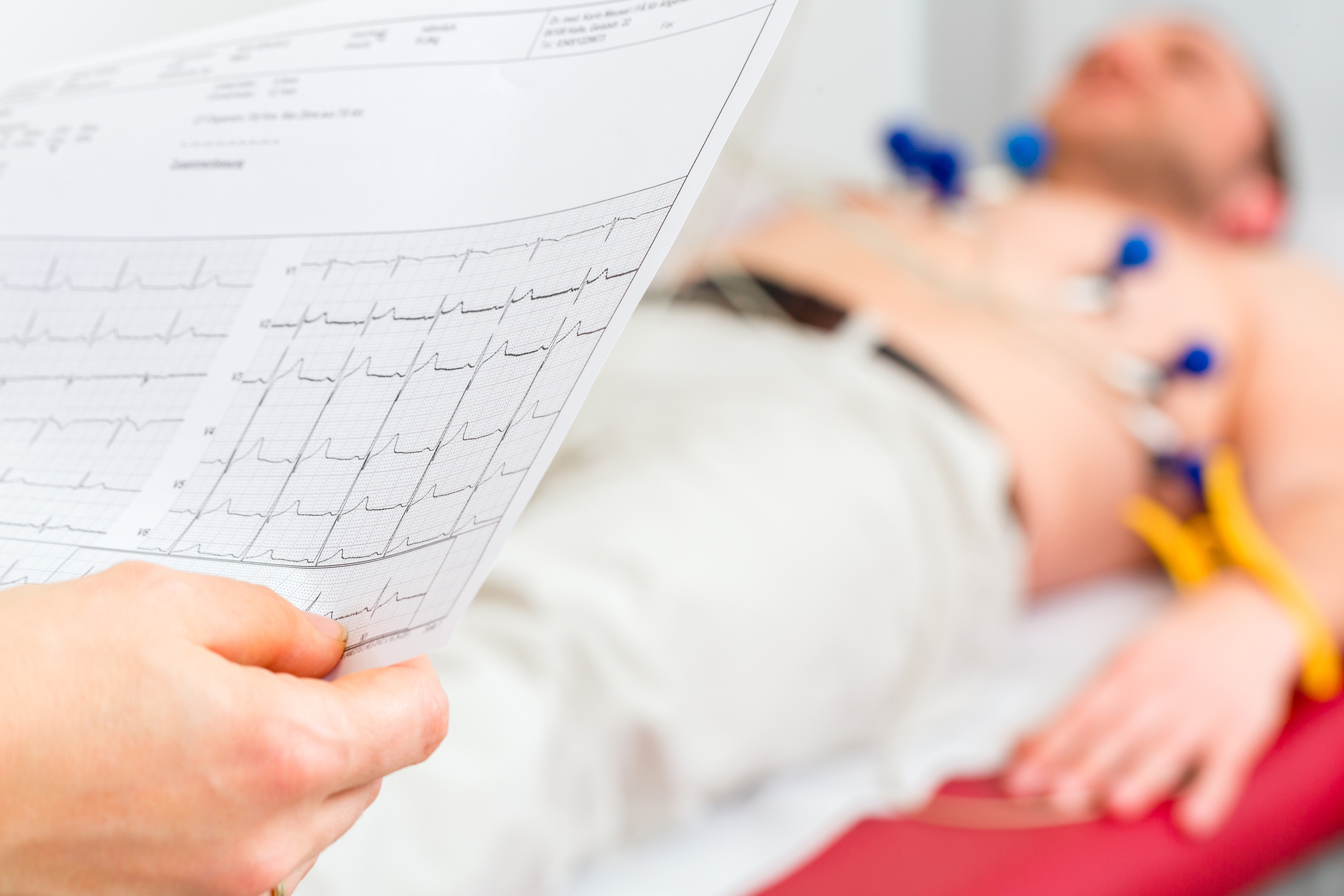 Heart attacks and cardiac failure are both kinds of heart disease, however they are not the same thing. Heart attacks occur when the heart loses blood flow, whereas heart failure occurs when the heart is unable to properly pump blood around the body.

The major goals of treatment in heart failure are

For in-hospital patients, in addition to the above goals, other goals of therapy are

Despite advances in science, healthcare practitioners have found it difficult to manage heart failure (HF), which often manifests as a clinical syndrome. This is evident in the significantly greater readmission rate, as well as the increased mortality and morbidity associated with HF.

An implanted cardioverter-defibrillator (ICD) is used to prevent sudden cardiac death as a main or secondary measure. Cardiac resynchronization treatment using biventricular pacing can improve symptoms and survival in patients with sinus rhythm, a low left ventricular ejection fraction, and a lengthy QRS duration. The vast majority of patients who meet the criteria for cardiac resynchronization therapy implantation are also candidates for an implanted cardioverter-defibrillator and are given a combination device.

A ventricular assist device (as a bridge to transplant or as a destination therapy) or cardiac transplant are reserved for individuals with severe illness who have failed all other treatment options.

Surgical options for heart failure include:

Numerous demographic, clinical and biochemical variables have been reported to provide important prognostic value in patients with heart failure, and several predictive models have been developed.

To help prevent recurrence of heart failure in patients in whom heart failure was caused by dietary factors or medication noncompliance, counsel and educate such patients about the importance of proper diet and the necessity of medication compliance.

Heart failure is a frequent clinical condition characterized by dyspnea, tiredness, and indications of volume overload, such as peripheral edema and pulmonary rales. Diseases affecting the endocardium, myocardium, pericardium, heart valves, arteries, or metabolic problems can all lead to heart failure.

The majority of individuals with heart failure have symptoms as a result of decreased left ventricular myocardial function. Patients often report with dyspnea, reduced exercise tolerance, and fluid retention, as seen by pulmonary and peripheral edema.

To detect causes or precipitating factors, the first evaluation involves a history and physical examination, chest radiography, electrocardiography, and laboratory testing. Heart failure can be identified by a shifted cardiac apex, a third heart sound, and chest radiography indications of venous congestion or interstitial edema. When the Framingham criteria are not satisfied or when the B-type natriuretic peptide level is normal, systolic heart failure is improbable.

Echocardiography is the gold standard for confirming systolic or diastolic heart failure by measuring the left ventricular ejection fraction. Given that coronary artery disease is the most prevalent cause of heart failure, individuals with heart failure should be evaluated for ischemic heart disease, especially if angina is present.

Heart failure is a severe condition that requires the collaboration of a multidisciplinary team that includes the primary care physician, emergency department physician, cardiologist, radiologist, cardiac nurses, internist, and a cardiac surgeon. It is critical to address the underlying cause of heart failure.

Nurses and other healthcare personnel who care for these individuals must be informed with current treatment recommendations. Heart disease risk factors must be addressed, and the pharmacist should educate the patient on the significance of drug adherence.

Patients must be taught on the significance of keeping a healthy body weight, quitting smoking, managing blood pressure, and maintaining normoglycemia. These individuals should be followed and monitored by a cardiac nurse.