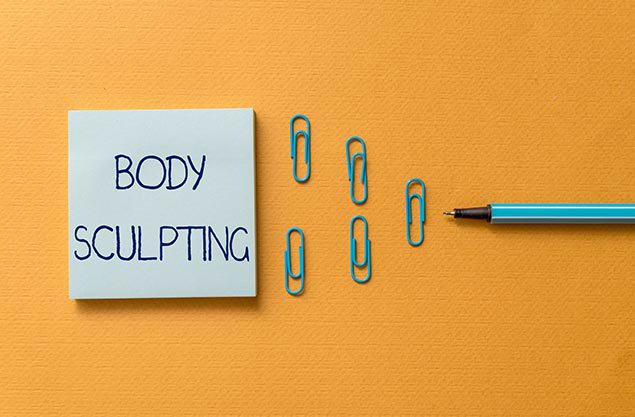 Weight loss can be difficult when you’re an adult. You may be exercising regularly and following a balanced diet, but you may still not see the desired results. That’s you will have areas of stubborn fat!

The number of fat cells in your body remains the same once you reach adulthood. When you gain weight, the fat cells inflate, and when you lose weight, they shrink. So, you tend to gain weight easily with the usual lifestyle

Stubborn fat usually is found in certain body areas, like the belly, inner thighs, ‘love handles’, and behind the arms.Hence, despite doing everything right, these areas often refuse to tighten up and get into shape!

Wouldn’t it be great if you could somehow find a way to permanently get rid of part of the fat cells, especially in these areas? A few years ago, this may have seemed like wishful thinking, but today there’s a solution: CoolSculpting.

This new technique is much faster and effective in getting rid of stubborn fat than the traditional diet-and-workout routine. While CoolSculpting does not replace either dieting or exercise to stay healthy and trim in the long run, it contours specific areas of the body to sculpt it in the desired way.

CoolSculpting is a step up from liposuction, the popular technique for fat removal. This is because unlike liposuction, CoolSculpting is non-invasive, doesn’t require anaesthesia, and has no downtime. Also, it doesn’t leave behind any scars that are often unavoidable in liposuction, since the latter procedure involves making holes to insert suction cannulas.

Experts have always known that ‘frostbite’ occurs in extreme cold because body tissues – usually the skin – tend to freeze. When scientists took this knowledge further and studied the fate of fat during frostbite, they found it to freeze at a higher temperature than skin.

A gadget called the ‘Cryolipolysis device’ was designed based on this very premise: if fat cells in the body are cooled, they will freeze and undergo the process of natural cell death. And that’s exactly what this device does! The device undertakes controlled cooling in the targeted body areas to freeze the fat cells and causing fat cell crystallization , or natural cell death.

As we saw, the Cryolipolysis technique is not a surgery, which means no use of needles, no need for anaesthesia of any kind, and no downtime. The treatment is non-invasive well tolerable. It doesn’t harm the skin or other tissues, nor are there any scars.

How it is done?

The doctor uses the Cryolipolysis device to hold the part of your body being treated between two paddles, the temperature of which is then lowered rapidly.

The paddles are left in place for 35-75 minutes, during which the process destroys up to a quarter of the fat cells in the area that is being targeted.

Post this, the fat cells enter the process of cell death. It takes anywhere between a few weeks to 2 months for them to be gradually removed from your body through its natural cleaning process.

While the final results from this procedure may only start showing after 1 -2 months, they can be significant. Cryolipolysis works just as well on men as it does on women, though some people may need more than one session to achieve the desired results.

Thanks to ultrasound imaging, clinical trials for Cryolipolysis demonstrated how the thickness of the body fat layer gets significantly reduced post-treatment.

The Cryolipolysis device has been studied extensively, with over 20 peer-reviewed papers and abstracts published in medical literature. A paper in the Journal of the US National Institutes of Health described Cryolipolysis as “a promising procedure for non-surgical fat reduction and body contouring” and thinks it is “a compelling alternative to liposuction and other more invasive methods.”

As for its efficacy, the study says the “procedure appears to be safe in the short term, with a limited side effect profile and results in significant fat reduction when used for localised fat tissue.”

When is it recommended?

CoolSculpting is not an effective treatment option for obesity. It is meant for getting rid of the excess fat in certain areas that just won’t go away easily through exercise and healthy eating. It is, hence, a great option to sculpt certain problematic areas of your body like your love handles and belly.

However, as with any medical procedure, it is important to consult an expert to understand if it is right for you. Medcare has an expert team of aesthetic doctors, who, with cutting-edge technology, provides highly specialised and customized treatment plans for body contouring, fat transfer, and other cosmetic treatments. So, consult an expert and consider CoolSculpting your body to get rid of that extra fat!