Do not be deceived by following wrong information about Alzheimer 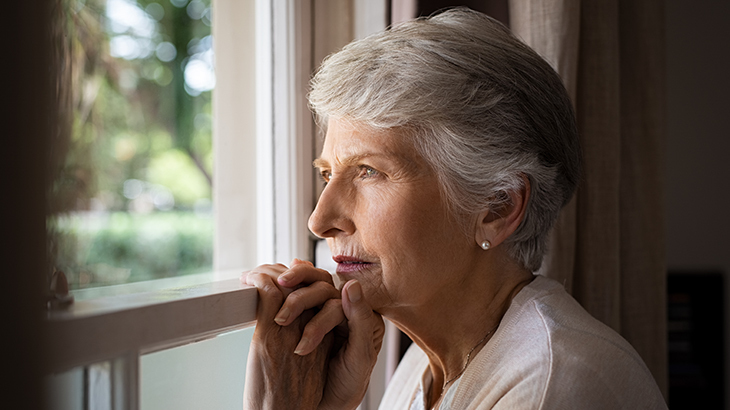 Oh No! I forget… I have Alzheimer’s disease… WRONG!

FACT: All of us may seldom forget a name or place of a belonging or skip an appointment, but we usually remember them thereafter. However, patients with Alzheimer’s disease do not remember them later; the memory loss is progressive and affects the daily life. The memory loss is accompanied by certain signs, such as personality changes, decline in problem solving skills and loss of the previously acquired skills.

FACT: There are dozens of different causes of dementia or in other words, senility. Alzheimer’s disease is only characterized by being the most common dementia. In addition to Alzheimer’s disease, dementia can also be caused by other diseases, such as Parkinson’s disease, vitamin deficiencies, hormonal disorders, infections or cancers. Differential diagnosis requires ultimate attention, as treatment of each disease is different.

Alzheimer’s disease is a natural result of aging! WRONG!

FACT: Alzheimer’s disease is detected at advanced ages by 90 percent. The incidence is 10 percent for people aged or older than 65, while the figure increases to 50% for people older than 85. In fact, aging reduces the capacity of learning and mild memory loss in everybody. However, this memory loss does not progress enough to affect the daily life; on the other hand, the memory loss is almost always chronic and progressive that also affects the daily life in patients with Alzheimer’s disease.

‘My mother has Alzheimer’s disease and hence, I will also be caught!’ WRONG!

FACT: Alzheimer’s disease is secondary to genetic predisposition in less than 5% of the cases. The symptoms usually emerge at younger ages, such as 40s to 50s, in these cases. This genetic effect weakens in 95% of all cases, although it does not disappear. For example, you are at approximately three times higher risk than a person with no family history of Alzheimer’s disease, if Alzheimer’s disease has developed in your mother, father or sibling after 65 years of age.

FACT: There is no scientific evidence to prove that certain supplements, such as Vitamin E, B and C, Gingko bilboa, folic acid and selenium, prevent Alzheimer’s disease.

A blood test can verify the diagnosis of Alzheimer’s disease! WRONG!

FACT: Definitive diagnosis can, sometimes, be established through genetic analysis on a blood sample in rare form of familial Alzheimer’s disease that emerges at early ages. Identification of a positive gene in these patients implies development of Alzheimer’s risk in the future. Excluding such rare hereditary cases with early onset, final diagnosis of the Alzheimer’s disease requires histopathological examination of the brain tissue under microscope.

FACT: Ignoring their presence in the room, talking too fast with complex sentences and offering too many food and garment options despite the declined ability to make a decision may cause confusion. A problem that cannot be properly expressed is usually the underlying cause of the anger that is common in some patients. Stay close and make an eye contact while talking to a patient with Alzheimer’s disease; make short sentences that consist of simple words, talk with a calming tone and pay attention to the body language. Moreover, select shoes and clothes that can be easily worn and prefer foods that can be easily eaten. These behaviors will calm them down.

FACT: Studies of large cohorts reveal out that Alzheimer’s disease is significantly less likely in persons who solve puzzle, play draught, stays mentally active (learning a new language or a new musical instrument), being socially active (activities such as visiting museums and concerts), doing exercises regularly, regulate chronic diseases, such as diabetes and hypertension, and eat Mediterranean diet, which is rich in fruits and vegetables. However, there is no sufficient data to generalize benefits of these activities to all people. It is important to adopt, at an early age, a healthy life style such that anything that is useful for overall bodily health is also good for mental health.

It is important to start the treatment early in Alzheimer’s disease. PARTIALLY WRONG!

FACT: There is no drug that cures or stops progression of the Alzheimer’s disease. Initial symptoms usually emerge two to three decades after the onset of changes in the brain. Medications used in treatment aim to facilitate intercommunication of brain cells and they can slow down the progression of the disease for a short time in a limited number of patients. Since these medicines have no effect on the cerebral pathology or the course of the disease, there is no change in the long-term course of the disease in terms of early- or late-onset treatment. However, it is necessary to visit a doctor, when complaints are recognized, as the diagnosis can be verified, it is possible to differentiate the conditions that may require different treatment and treatments can be started that increases the quality of life.

Patients with Alzheimer’s disease cannot understand what happens around them. WRONG!

FACT: Patients with Alzheimer’s disease may not remember persons, dates, events or even the meal they have just eaten, but this does not imply that they had forgotten the past and cannot sense what’s going on around them. Although they cannot express their emotions due to expression problems, their awareness is far better than it looks. A person, a place, a voice or an image may lead to very strong positive or negative emotions over the emotional memory, although it cannot be recognized by others. You need to be patient to reach them sometimes by talking or just touching or by holding their hands and playing their favorite music.