Everything You need to Know About Migraine 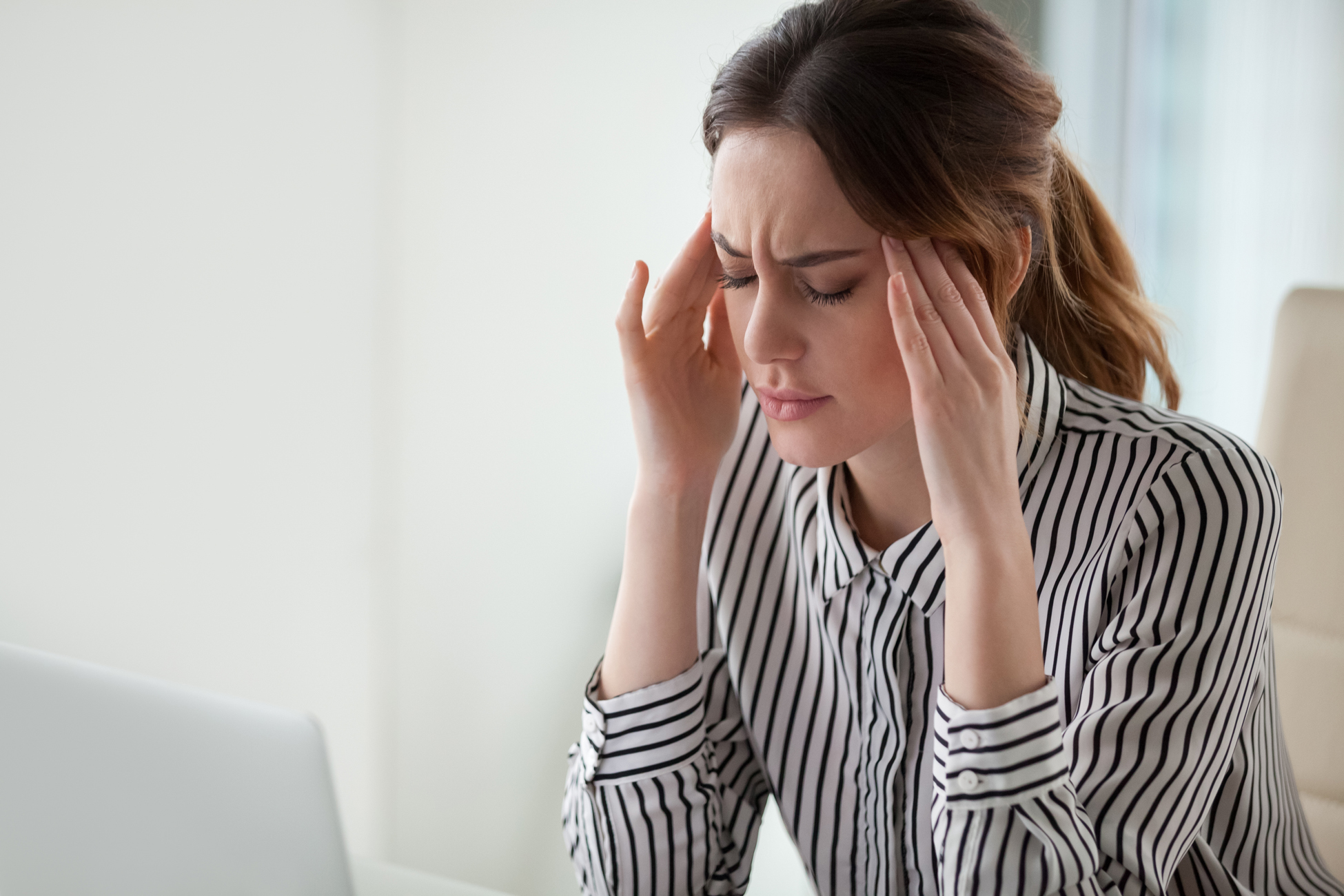 Migraine is the most frequent debilitating main headache all over the world. Typical signs of an attack include a unilateral throbbing headache and other symptoms such as nausea, multisensory hypersensitivity, and extreme fatigue.

Migraine is a genetically driven complicated illness characterized by bouts of moderate-to-severe headache, most of which are unilateral and are frequently accompanied by nausea and heightened sensitivity to light and sound. The term migraine comes from the Greek word "hemikrania," which was then translated into Latin as "hemigranea."

The French word for such a condition is "migraine." Migraine is a leading cause of disability and job loss. Migraine episodes are a complicated brain event that occurs on a recurring basis and can last from hours to days. The most frequent form of migraine is one that does not have an aura (75 %).

Migraine can be classified into subtypes, according to the headache classification committee of the International Headache Society:

Migraine is quite common, affecting 12% of the population and impacting up to 17% of women and 6% of men each year. North America has the greatest adjusted prevalence of migraine, followed by South America, Central America, Europe, Asia, and Africa. It is the world's second leading cause of disability.

Migraine is a condition that runs in families. It is typically the fourth or fifth most prevalent reason for emergency visits, accounting for 3% of all emergency visits on a yearly basis. Its prevalence rises after puberty but continues to rise until the age of 35 to 39 before declining later in life, particularly after menopause.

Migraine is strongly influenced by genetics. The incidence of migraines in unwell relatives is three times higher than in non-ill relatives, although no pattern of inheritance has been observed. The genetic basis of migraine is complex, and it is unknown which loci and genes are involved in the pathogenesis; it could be based on more than one genetic source at different genomic locations acting in tandem with environmental factors to bring susceptibility and disease characteristics in such individuals. The discovery of these genes in a migraine sufferer might lead to focused preventive therapy.

Melas is a syndrome characterized by mitochondrial encephalomyopathy, lactic acidosis, and stroke-like symptoms. A multisystemic disease inherited from the mother that can cause recurring migraine headaches.

Cerebral autosomal dominant arteriopathy with subcortical infarcts and leukoencephalopathy) angiopathy caused by mutations in the NOTCH3 gene (notch receptor 3) on chromosome 19 that can show migraine with aura (prodrome in 80% of carriers) in almost 50% of carriers.

Several variables, both withdrawn and exposed, contribute to the development of migraine headaches. According to a retrospective research, 76 percent of patients identified triggers. Some of them are likely contributors, whilst others are merely potential or untested.

There was formerly a vascular hypothesis of migraine that described how the headache was caused by vasodilation and the aura by vasoconstriction, however this idea is no longer valid. Currently, it is proposed that numerous primary neuronal abnormalities result in a succession of intracranial and extracranial alterations that produce migraines.

It is thought that the cortical spreading depression of Leo, a propagating wave of neuronal and glial depolarization that begins a cascade, causes the aura, activates trigeminal afferents, and changes the hematoencephalic barrier permeability by activating brain matrix metalloproteinases.

Cortical depression may occur in regions where depolarization is not consciously experienced, such as the cerebellum, in migraine without aura. Trigeminal afferents are activated by neuronal pannexin-1 megachannel opening and subsequent Caspase-1 activation, which is followed by the release of proinflammatory mediators, activation of NF-kB (nuclear factor kappa-B), and spread of this inflammatory signal to trigeminal nerve fibers around pia mater vessels.

This sets off a chain of cortical, meningeal, and brainstem processes that induce inflammation in the pain-sensitive meninges, resulting in headaches via central and peripheral pathways. As a result, this route can explain both the cerebral depression (which causes the aura) and the subsequent prolonged activation of trigeminal nociception (which leads to headache).

Neurogenic inflammation, characterized by vasodilation, edema, and plasma protein extravasation, is caused by nociceptor activation, namely of the trigeminal system. It is linked to the production of vasoactive neuropeptides substance P, calcitonin gene-related peptide, and neurokinin a, all of which are released by trigeminal ganglion activation.

These neuropeptides have been discovered in high concentrations in the spinal fluid of chronic migraine sufferers. Sensitization is the process through which neurons become more sensitive to stimulation as a result of neurogenic inflammation. This may explain certain clinical signs of pain as well as the transition from episodic to chronic migraine.

Serotonin, which is produced by the brainstem serotonergic nuclei, may have a role in migraine; however, the precise function of its processes is unknown. Most likely, serotonin levels are low between attacks because it may create a deficit in the serotonin pain inhibition mechanism, allowing the trigeminal system to be activated.

It might operate directly on cranial arteries, in central pain control pathways, or via cortical projections of brainstem serotonergic nuclei.

When it is released from the peripheral terminals, it causes an increase in nitric oxide production and, later, trigeminal nerve sensitization. It is a potent vasodilator of cerebral and dura mater vessels and therefore a component of neurogenic inflammation; it also modulates trigeminal pain transmission from vessels to the central nervous system.

Botox is only authorized by the FDA for persistent migraines, which occur 15 or more days per month. Botox is injected around the pain fibers that cause headaches. Botox penetrates the nerve terminals around the injection site and inhibits the release of molecules involved in pain transmission. This inhibits pain networks in the brain from activating. 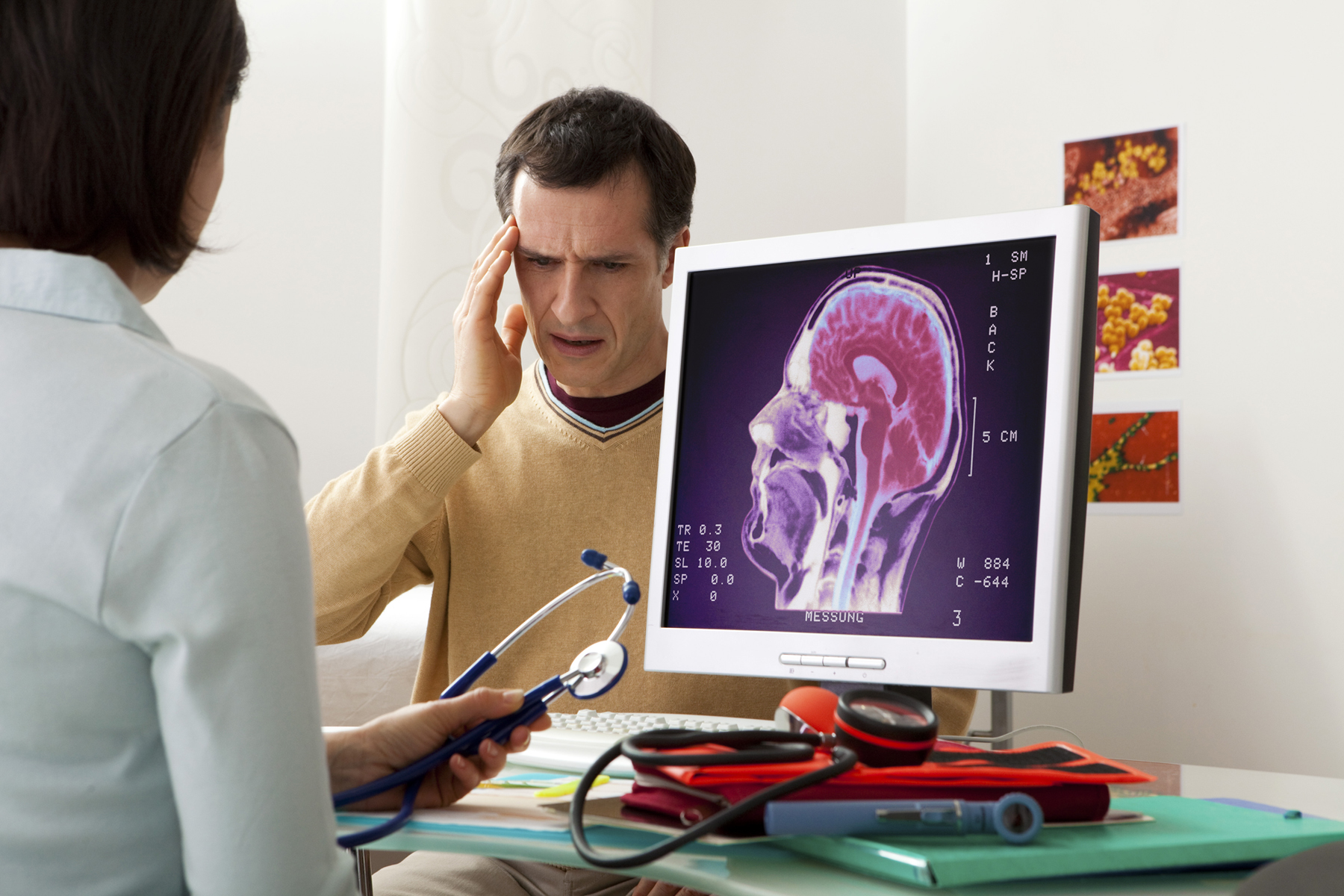 Following are certain criteria specified by the International Classification of Headache Disorders, 3rd edition (ICHD-3), which can help in diagnosing migraine with aura:

There is no test to diagnose migraines. Most patients do not require neuroimaging. Neuroimaging may be recommended in the following circumstances:

Treatment options are based on the onset scenarios: acute or chronic.

The goal of acute therapy is to halt the progression of a headache. It must be treated as soon as possible and with a high single dosage. In migraine patients with stomach stasis, oral medications may be ineffective. As a result, parenteral medicine may be the only option for certain individuals, particularly those suffering from nausea or vomiting. Therapy is divided into several categories:

Preventive therapy attempts to minimize attack frequency, enhance response to the severity and length of acute episodes, and reduce impairment. Migraine triggers must be documented by each individual in order to be reduced in the future. Indications for preventive treatment are:

Preventive treatment agents are the following:

The following should be considered in a patient with migraine:

Tension headaches are generally bilateral and last from 30 minutes to 7 days. The patient feels pressure or tightness yet continues to move around. There are no accompanying symptoms.

Cluster headaches are unilateral and began abruptly around the eye or temple. Within minutes, the intensity increases to severe constant deep agony. It might last anything from 15 minutes to 3 hours. Lacrimation and redness of the eye, rhinorrhea, pallor, sweating, Horner syndrome, agitation, and focal neurologic symptoms are all associated symptoms. It is readily triggered by alcohol.

Migraine is a chronic disease that might return to episodic migraine in between 26 and 70% of individuals. Prolonged remissions are typical; nevertheless, some individuals have a tendency to leave and return to chronic conditions. With age, the severity and frequency of episodes might lessen. Episodes rise with adolescence but continue to rise until the age of 35 to 39, then fall later in life, especially after menopause.

Migraine is the largest cause of disability in the globe. Migraines affect around 15% of the population in the United States. Most migraine sufferers believe that others who do not suffer from them frequently underestimate their illness.

Migraine is the most frequent headache diagnosis for which patients seek treatment, affecting about 30 million individuals in the United States. Migraine is a chronic, frequently hereditary disease characterized by hypersensitivity of the brain and a reduced threshold for trigeminal-vascular activation. Autonomic, gastrointestinal, and neurologic symptoms define intermittent debilitating episodes.

Migraine reduces a patient's quality of life significantly, as evaluated by physical, mental, and social health-related measures. An accurate assessment of a patient's impairment will assist doctors in providing suitable modalities of therapy. Migraine, on the other hand, continues to be underdiagnosed and undertreated. Migraines have an impact on people's quality of life as well as their capacity to engage in job, family, and social activities.

Nonpharmacologic methods, as well as abortive and preventive medicines, may be used in a complete migraine therapy approach. It is important for effective outcomes to inform patients about realistic treatment expectations, possibly delayed efficacy of medicines, caffeine avoidance, and medication overuse.

Migraine management is a continuous process since headaches evolve over time and drug tachyphylaxis might occur, prompting therapy adjustments. Lasmiditan, ubrogepant, and rimegepant are currently emerging acute migraine therapies that may be added to current migraine management.