Everything you need to know about Seizures

No wonder that the brain is one fascinating organ. It controls every tiny order and function in our bodies.

You might be surprised, but your brain contains billions of nerve cells arranged in specific patterns. Those nerve cells are responsible for the coordination of thought, behaviour, emotions, movements and sensations.

If you want to know how fast and amazing your brain is, think about how fast you pull your hand back from a hot object.

It happens in less than a second.

Although all the parts of your brain work together, each part is responsible for a specific function. It controls everything, literally everything, from your heart rate to your mood.

And let's start with the part you visualize when you think of brains in general, the cerebrum.

The brain has deep wrinkles and folds that increase the surface area of the grey matter so that the brain can process more information.

The cerebrum is divided into two halves or hemispheres by a deep fissure in the middle. Each hemisphere is responsible for the opposite side of the body.

But the two hemispheres are not separated because they communicate with each other through a thick tract of nerves called the corpus callosum present at the base of the deep fissure.

Each hemisphere is divided into four lobes:

Another important part of the brain is the cerebellum. It is a wrinkled ball of tissue that lies behind and below the rest of the brain. It mainly works to combine sensory information from eyes, ears and muscles to help coordinate movements.

There is also the brainstem, which links the brain to the spinal cord. It has many vital functions that are essential for life such as heart rate, blood pressure and breathing. It is also very important for sleep.

You may have also heard about the limbic system. It is the system responsible for emotions and memories. It consists of deep structures within the brain. These structures come in pairs; each part is duplicated on the other side of the brain.

This is briefly the central nervous system, which consists mainly of the brain and spinal cord.

Grading down to a smaller level of structures, the main unit that forms the whole nervous system is the neuron or nerve cell.

Neurons have a cell body and an axon.

They also have two types of branches coming out of their cell bodies: dendrites and the axon.

Axons carry signals that come out of the cell body to other neurons or muscle cells.

When the neuron is stimulated, the impulse moves to the tip of the axon and causes the release of neurotransmitters: chemicals that act as messengers.

These neurotransmitters pass through the gap between the two neurons, also known as the synapse, and attach to receptors on the receiving cells. This mechanism repeats from neuron to neuron as the signals travel to their destination. This kind of communication allows us to think, move and feel.

But sometimes this electrical activity increases or decreases. Sometimes it is disturbed, which, consequently, leads to a number of diseases.

One of these diseases is seizures.

Have you ever heard about seizures?

When we watch movies and TV series, sometimes we see one of the characters suddenly fall and start doing abnormal movements and muscle twitches.

We recognize these abnormal movements and twitches as fits or seizures.

So, what is a seizure? 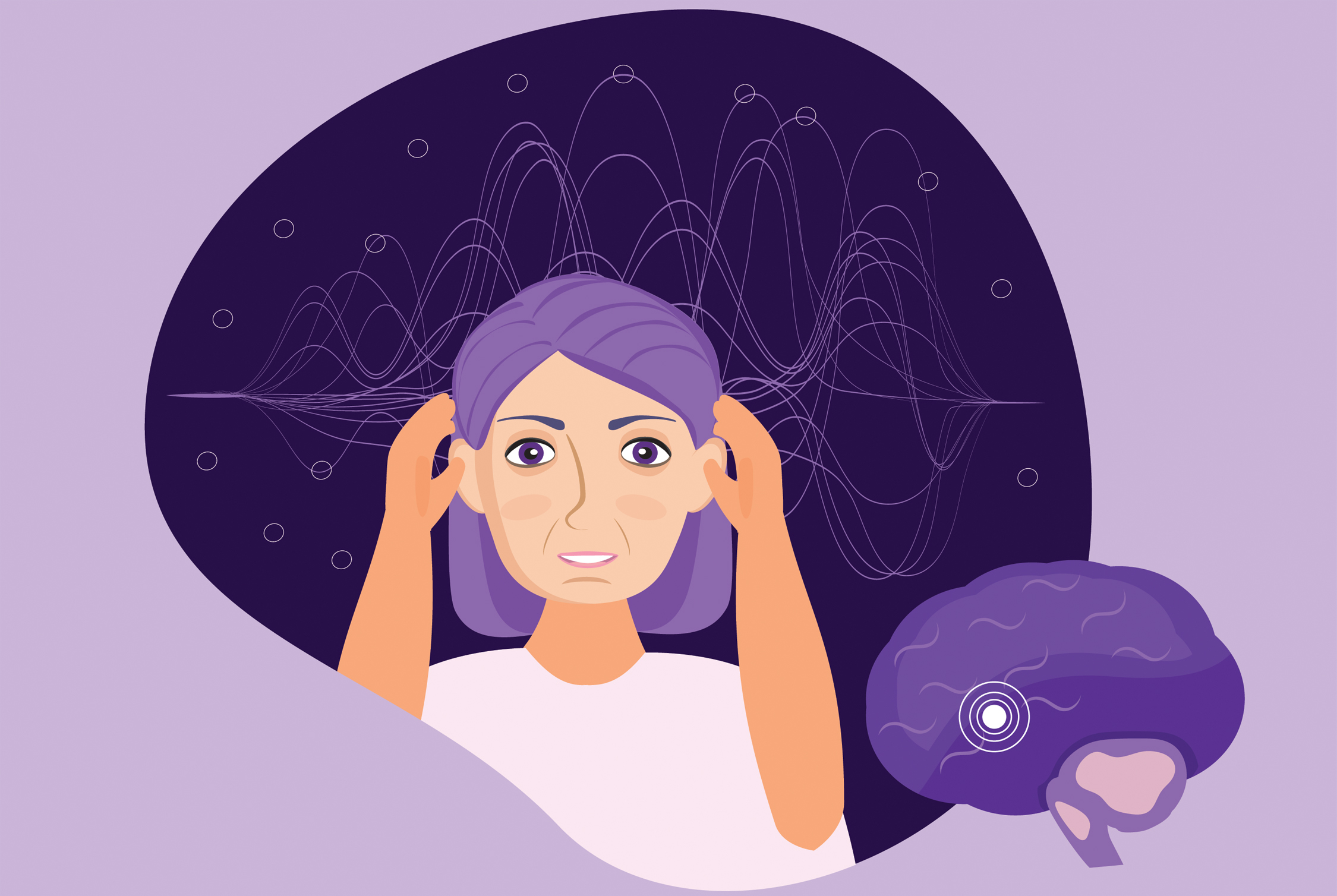 According to John Hopkins Medicine, a seizure is a burst of uncontrolled electrical activity between brain cells that causes temporary abnormality in muscle tone and movements (twitches, stiffness or limpness), behaviours, sensations or states of awareness.

It happens when there is a sudden uncontrolled disturbance in the brain electrical activity.

When someone has two or more seizures 24 hours apart that don't have an identifiable cause, it is generally considered to be epilepsy.

There are different types of seizures. These types of range in symptoms and severity.

Types of seizures are classified according to where they begin in the brain and how far they spread.

Most types last from about 30 seconds to two minutes. However, a seizure that lasts more than five minutes is considered a medical emergency.

Seizures are more common than you think and they can happen due to many reasons. Seizures can occur after a stroke, a closed head injury or an infection such as meningitis or other brain infections. But mostly, in most cases, the cause of seizures is unknown.

Although most types of seizures can be controlled with medications, seizures have a significant effect on daily life.

As we mentioned, doctors usually classify seizures according to where they start on the brain and how they start.

So, they are either focal or generalized seizures. They can also be classified as unknown onset if it is not known how they began.

So, let's understand each type.

These are the seizures that result from abnormal electrical activity in one area of the brain, and that's why they are also called partial seizures.

They occur either with or without loss of consciousness.

They usually occur due to any type of focal brain injury that leaves scar tangles.

Taking a good medical history and looking at the MRI of a focal seizures' patient will identify a cause such as old stroke, trauma, or meningitis.

Focal seizures with loss of consciousness.

In this type, patients might look normal and awake, while in fact they stare into space and don't respond normally to any interaction. They might also perform repetitive movements such as hand rubbing, mouth movements, repeating certain words or walking in circles. Patients usually don't remember that seizures occurred or they don't even recognize they had seizures.

Focal seizures without loss of consciousness.

In this type, patients' emotions change. Patients suddenly feel angry, joyful or sad. Some people have nausea or unusual feelings that they can't describe. Sometimes the way things look, smell or taste also change but there is no loss of consciousness.

Some cases reported that they suffered from difficulty speaking, involuntary jerking of a body part such as an arm or a leg and some spontaneous sensory symptoms such as tingling, dizziness and seeing flashing lights.

Sometimes symptoms of focal seizures are confused with other neurological diseases such as migraine, narcolepsy or mental illnesses.

When seizures involve all areas of the brain, they are called generalized seizures.

There are different types of generalized seizures, including:

Doctors need to confirm the diagnosis of seizures so that they can implement the most appropriate treatment options.

For that reason, there are some known symptoms that doctors agreed that they usually happen with many types of seizures, and they are:

These symptoms can range from mild to severe and they vary according to the type of seizures, but as we stated, they are the most common symptoms of seizures.

So, if seizures usually resolve on their own or last for a few seconds, when should someone worry? When to call the doctor?

And, of course, if you or someone you know experiences seizures for the first time, you should contact your doctor.

As we mentioned before, anything that disrupts the communication pathways between nerve cells can cause seizures. However, some types of seizures are caused by genetic mutations.

But after all, the most common cause of seizures is epilepsy. But keep in mind that not everybody who has a seizure has epilepsy.

In many cases, seizures can be caused by:

How can doctors confirm that a patient has seizures? 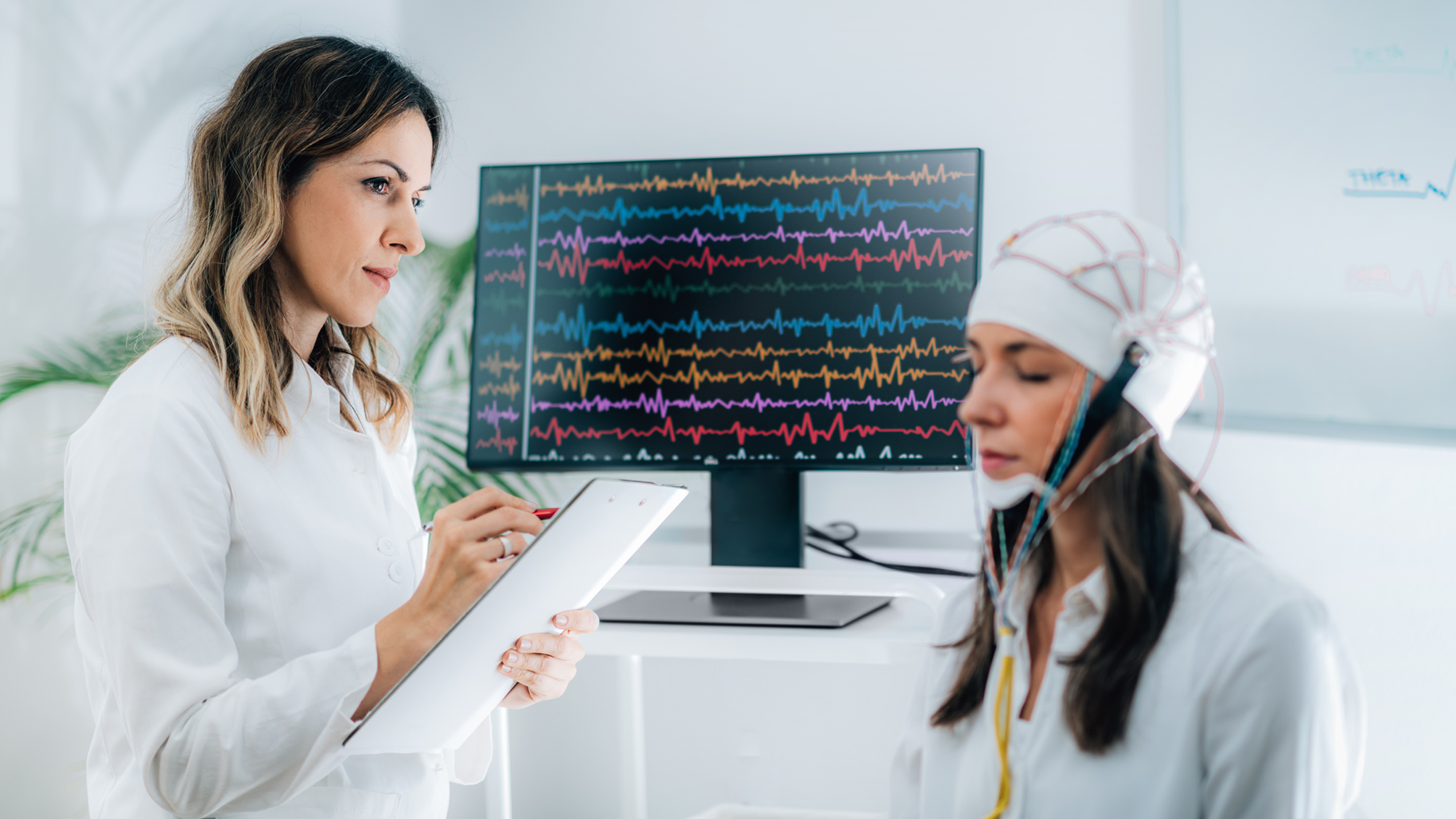 When a patient has a seizure, the doctor will go through their symptoms to review them alongside the medical history of that patient.

Through symptoms and medical history, doctors can suspect seizures. However, some investigations and tests will be needed to identify the cause of seizures and evaluate how likely seizures attacks will occur.

So, how are seizures treated?

There are many types of anti-seizure drugs. One of the most commonly used drugs and approved by the FDA is Epidiolex. It is, surprisingly, derived from marijuana and it was approved to treat certain types of seizures in children aged 2 and older.

The main target of choosing a specific anti-seizure medication is to pick the best one for the patient with the fewest side effects. In some cases, doctors use more than one medication.

But what are the possible side effects?

Side effects may include:

It is not an easy job to find the right medication with the right dose. It can be so complex that patients have to try several types before they find one medication that controls their symptoms best.

Besides, other factors have to be taken into consideration when the doctor chooses the best medication for a patient. These factors include the frequency of seizures and the age of the patient.

Doctors will also go over the other medications that the patient takes to make sure that there will be no drug interaction.

Is surgery a treatment option?

If other treatment options aren't efficient, surgery can be an option.

The main target of surgery is to stop seizures from happening.

Surgery is the best treatment option for people who have seizures that always originate from the same place in the brain.

There are many types of seizures surgeries, including:

So, what happens if seizures are left untreated? What are the complications of seizures?

Having seizures can lead to many complications, such as: