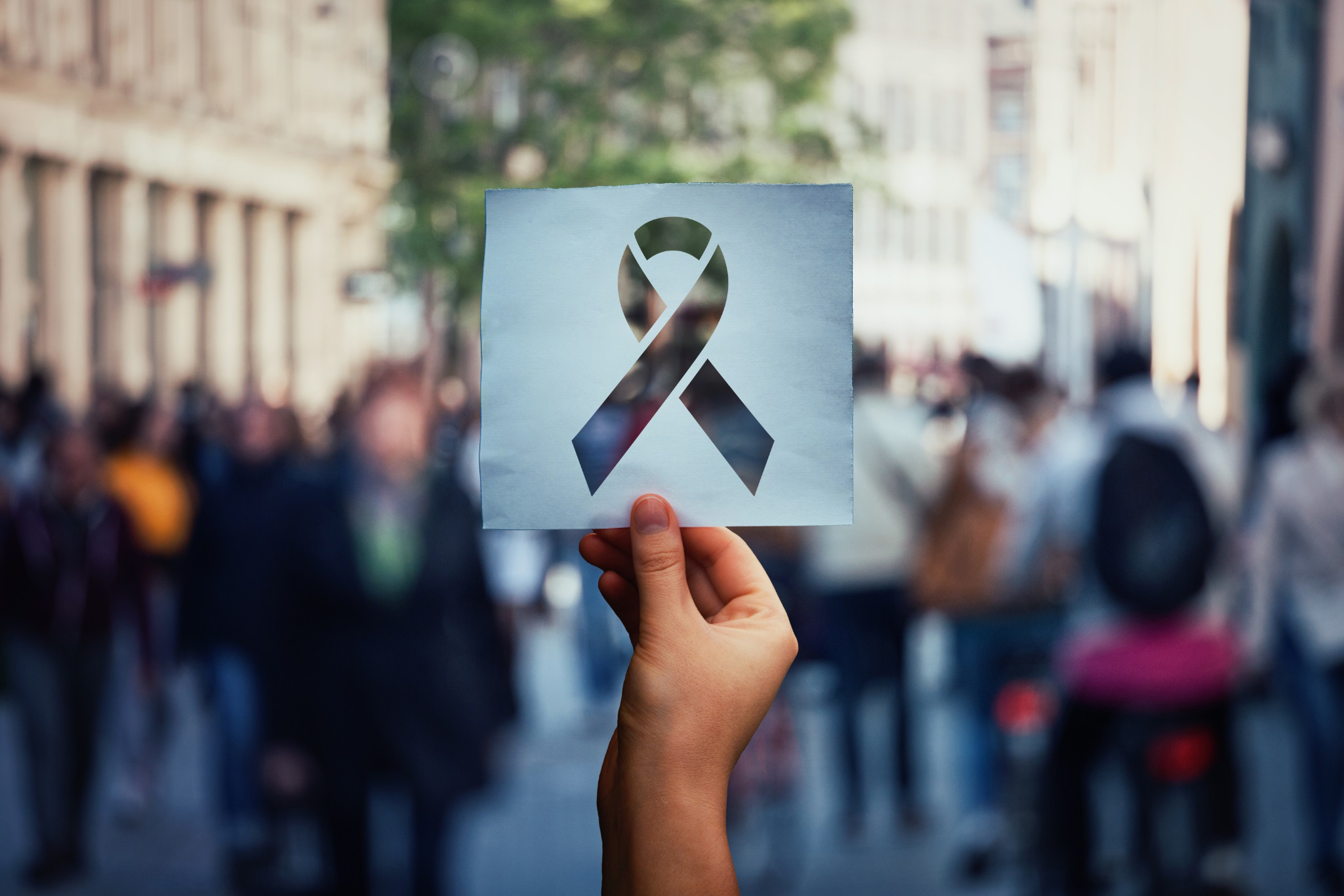 Freddie Mercury (real name: Farrokh Bulsara) was a British singer, songwriter, record producer, and lead vocalist of the highly successful rock group Queen. Queen was a British rock band formed in London in 1970. Their classic line-up was Freddie Mercury as the lead vocal with piano, Brian May as lead guitar and vocals, Roger Taylor as drums and vocals, and John Deacon as bass. Their earliest works were influenced by progressive rock, hard rock and heavy metal, but the band gradually shifted into wider audience styles and radio-friendly works by incorporating more mainstream arena rock and pop rock. At the time of his death, AIDS was relatively new to the medical world and treatments were limited compared to today. Queen popularized multiple top hit songs such as Bohemian Rhapsody, We Will Rock You, and We Are the Champions – songs that many people know around the world due their stellar success.

A common question for the casual moviegoer or Queen fan is likely to be: How did Freddie Mercury die?

Freddie suffered from AIDS for a prolonged period and eventually succumbed to his death due to bronchopneumonia, a lung complication as a result of AIDS in 1991.

Mercury has been aware of his HIV-positive status since 1987, but people around him had no idea. In a documentary, producer Dave Richards stated, "There was absolutely no evidence from me that he could've been ill."

While it is now widely known that Mercury had HIV/AIDS, the great singer and musician only officially announced his illness the day before his tragically early death on November 24, 1991, at the age of 45.

Meanwhile, tabloids managed to publish rare photographs of Mercury appearing frighteningly thin and obviously unwell as he withdrew farther from public life. Mercury garnered attention for his skeleton frame in his last public appearance, receiving the Brit Award for Outstanding Contribution to British Music for the renowned Innuendo album, released the year before his death.

Even for someone with Mercury's money and resources, antiretroviral medicines that might considerably extend patients' lives were still out of reach in the medical world.

Aside from Mercury's stated shyness and caution, HIV was and continues to be stigmatized. That stigma is linked, at least in part, to the fact that HIV affects the LGBTQ population disproportionately, particularly males who have sex with men.

While there was some doubt about his keeping his sexuality and condition from activists for so long, it's also obvious that Mercury left on his terms. In one interview, he asserted forcefully that, as he grew older, "I don't give a damn. I've lived a full life, and I don't care if I die tomorrow."

So, what exactly is Human immunodeficiency virus, how is it transmitted, what are the symptoms, and how is it diagnosed and treated?

Acquired immunodeficiency syndrome or simply “AIDS” is a chronic, potentially life-threatening condition caused by the human immunodeficiency virus (“HIV”). By compromising the immune system, HIV interferes with the body's ability to fight infection and disease, according to the CDC. AIDS is mainly characterized by opportunistic infections and tumors, which are usually fatal without treatment.

Human immunodeficiency virus (HIV) is an enveloped retrovirus with a single-stranded RNA genome in two copies. HIV affects the body's immune system and, if left untreated, can result in acquired immunodeficiency syndrome (AIDS), the last stage of HIV disease.

HIV infection crossed to humans from a chimpanzee in Africa. The chimpanzee version of the virus, called simian immunodeficiency virus, or simply “SIV”, was most likely passed to humans when humans hunted these chimpanzees for meat and came in contact with their infected blood. Studies show that HIV may have jumped from chimpanzees to humans as far back as the late 1800s. Over time, HIV slowly spread across Africa and later into other parts of the world. We know that the virus has existed in the United States since at least since the 1970’s.

HIV may be spread by bodily fluids such as blood, plasma, or serum, vaginal secretions, and donated organs such as kidney, bone, and cornea; infection through artificial insemination has also been recorded.

HIV transmission via blood or donated organs, including bone, is feasible from around days 5-6 following the donor's infection.

Mother-to-child transmission has been shown to occur as early as the 12th week of gestation, although transmission happens most frequently (>90%) in the last trimester, particularly soon before or during delivery . HIV can be passed on through breast milk.

Open wounds can serve as entrance sites for HIV. HIV infections via needle stick injuries are possible because relatively little quantities of blood are enough to infect a person if virus titers are high and/or HIV-containing cells are transferred. Nevertheless, HIV cannot be spread by aerosols, social interactions, insect or arthropod stings, or food or drink.

Without treatment, the number of CD4 cells in the affected individual would drop by around 50-80 cells/uL per year, and the decline may be much quicker once the count falls below 200 cells/uL.

What are the typical symptoms?

The patient may have signs of primary infection two to four weeks after HIV enters the body.Some people have flu-like symptoms within 2 to 4 weeks after infection (called acute HIV infection). These symptoms may last for a few days or several weeks, which may include fever, chills, rash, night sweats, muscle pains, sore throat, fatigue, swollen lymph nodes, and mouth ulcers. But some people may not feel sick during acute HIV infection. These symptoms do not mean you have HIV. These symptoms can be caused by other conditions or illnesses, too. To be sure, one must be tested for HIV to be sure the symptoms are related to AIDS.

When people with HIV are not treated, they normally progress through three distinct stages. However, proper HIV medicine can slow or even prevent the progression of the disease. With the advancements in effective treatments, progression to Stage 3 is less common these days than before.

People have a large amount of HIV in their blood. They are highly contagious at this stage.  Some people have flu-like symptoms. This is the body’s natural immune response to the infection. But some people may not feel sick right away or at all. Antigen/antibody tests or nucleic acid tests (NAT’s) can diagnose acute infection.

This first symptomatic phase is generally followed by an asymptomatic or occasional period that might persist for several years. The average period between exposure and start of symptoms is 2 to 4 weeks, although it might take up to 10 months in certain situations.

Acute retroviral syndrome is a group of symptoms that can occur acutely. Despite the fact that none of these symptoms are unique to HIV, their greater intensity and persistence indicate a bad prognosis. The following symptoms are listed in decreasing order of frequency:

Acute neuropathy is common in the acute phase.

At this stage, HIV is active but reproduces at very low levels but can still spread infections. People may not have any symptoms or get sick during this phase. Without taking HIV medicine, this period may last a decade or longer, varies from people to people. At the end of this phase, the amount of HIV in the blood (or “viral load”) goes up and the CD4 cell count goes down. The person may have symptoms as the virus levels increase in the body, and the person moves into Stage 3. People who take HIV medicine as prescribed may never move into Stage 3.

A CD4 cell count of 200 cells/microL or the presence of any AIDS-defining condition, regardless of CD4 cell level, is considered to be AIDS. The opportunistic diseases and cancers that develop more frequently or severely as a result of immunosuppression are referred to be AIDS-defining disorders. The following are some of them:

When immunodeficiency develops, the immune response is reduced, and opportunistic infections and neoplasms occur. Periods of excellent health are typical of an HIV infection, which are followed by periods of sickness that grow more frequent and stay longer as the infection progresses.

Detectable viremia does not appear until 10 to 15 days after infection, and even the most sensitive immunoassays do not produce a positive response until five days later. As a result, initial negative immunoassay and virologic tests might be misleading, and if the clinical suspicion for recent HIV exposure is strong, repeat testing is performed one to two weeks later.

When a patient is known to be HIV positive and has a CD4 count of fewer than 200 cells/uL, or has an AIDS-defining illness, this is considered pathognomonic for the diagnosis of AIDS. There are many AIDS-defining disorders that, when HIV positive, indicate a highly immunocompromised state:

Patients with HIV with CD4 counts more than 200 but less than 500 do not have AIDS, although they may develop chronic infections or noninfectious illnesses. It is possible to develop diseases such as chronic candidiasis of the mouth or recurrent vaginal candida. Patients may experience severe herpes simplex or herpes zoster outbreaks (shingles).Furthermore, patients are also more likely than healthy persons to develop malignancies that are far more difficult to treat.

Patients with normal CD4 counts (more than 500) enjoy a higher quality of life and live for four years longer than those without HIV.

Patients with AIDS with a CD4 level of less than 200 are vulnerable to opportunistic infections. If they are started on HAART, they generally live for two years. These individuals will have a normal life expectancy if they are treated with antiretroviral drugs and achieve a CD4 count greater than 500.

A patient with HIV and a CD4 count more than 500 (normal) has the same life expectancy as someone who does not have HIV. Antiretroviral therapy can boost CD4 levels and shift a patient's status from AIDS to HIV.

If left untreated, the majority of HIV patients will get AIDS within ten years. An asymptomatic period can continue up to eight years, followed by a fast decrease after CD4 counts fall below 200 cells/uL.

Even if antiretroviral treatment is started after an initial AIDS diagnosis (severe immunosuppression on the first presentation), the patient may live for more than 10 years. If individuals are diagnosed with AIDS and do not get antiretroviral medication, they will most likely die within two years.

The development of HIV illness to acquired immunodeficiency syndrome (AIDS) is a consequence of the virus .When an HIV-positive patient has opportunistic infections and/or a low CD4 level, the doctor should be suspicious.

AIDS develops when the lymphocyte count falls below a certain threshold (less than 200 cells per microliter) and is characterized by one or more of the following symptoms:

If you or a loved one is showing the symptoms of HIV and has a lifestyle that exposes him or her to potentially contaminated blood, a prompt visit to the doctor to have a test performed is the best step as early detection is key to surviving.

If you enjoyed reading this article and wish to learn more about various healthcare options around the world, please visit www.icloudhospital.com. CloudHospital is the global healthcare nexus on the web, easily accessible 24/7 and staffed with highly experienced professionals in the field of medical services access across the world.