Health and Caffeine – Everything You Should Know 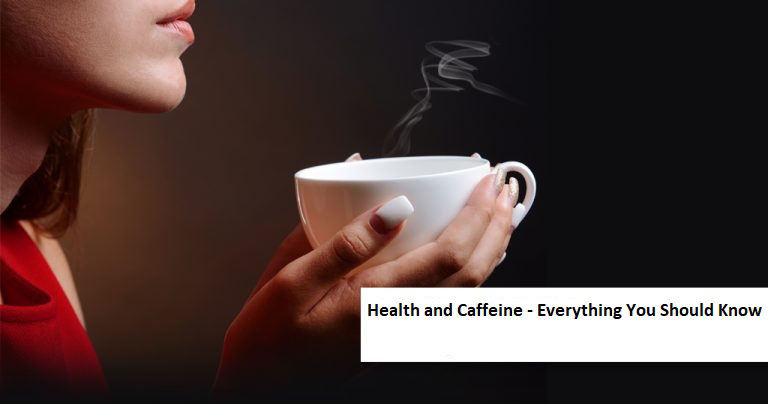 In today’s fast-paced world, youngsters tend to depend more on chocolates, fast food, and energy drinks rather than having a balanced diet. A day without that piping hot cup of tea or without any caffeinated soft drink is unthinkable for many people. Every morning, millions of people turn towards caffeine for their wake up boost.

Soft drinks and energy drinks contain caffeine, which is a natural stimulant produced in the nuts, leaves, or seeds of certain plants. It stimulates the central nervous system and brain, which in turn helps a person stay alert and feel less tired. Caffeine has been around since the Stone Age.

Caffeine can also be harmful to people. It stimulates the central nervous, cardiac, and respiratory systems, providing a sudden thrust in energy. It can also help elevate your mood if you were feeling low. The effects of caffeine can stay in your system for up to six hours after you have consumed it.

Sources of Caffeine (Food and Beverages)

Caffeine is naturally found in the nuts, leaves, and seeds of certain plants. These natural sources are harvested and processed to produce caffeinated beverages and food items. Here is a list of some popular beverages with their caffeine content per 240 ml:

Caffeine is a very commonly used ingredient in manufacturing supplements for fat loss. It can also be found in many over the counter or prescription drugs, like allergy, cold, and pain medication.

Despite the benefits it has to offer, it is advised to avoid having too much caffeine owing to the reason that it has many more disadvantages as compared to its benefits.

Caffeine is an ingredient found in many products for weight reduction. Regular consumption of caffeine can cause a reduction in your weight.

The regular intake of caffeine can also cause vision problems like blurriness. These issues may be temporary or permanent.

People suffering from heart problems are always advised to not consume caffeine as it could lead to chest pain.

Regular caffeine consumers can suffer from problems like high blood pressure. People who are already suffering from issues like high BP should avoid caffeine as it can lead to more serious problems.

You should avoid having caffeine just after or just before a nutritional meal. Caffeine prevents your body from being able to get the full nutritional value of the mean and you get only about 60% of the nutrition. . Too much caffeine can also lead to other issues like bone weakening or the development of osteoporosis.

People who consume too much caffeine often find themselves in a state where they feel very jittery and are unable to focus or even sit still for some time.

Consumption of caffeine in high quantities can lead to sleepless nights or drowsy feelings for some people. Higher dozes can also cause problems like dizziness, anxiety, and headaches. Many times, caffeine is used to help treat migraine, but for many people, it can make the headaches worse. Caffeine can also become the cause of dehydration for many people as it can lead to frequent urination as well. Therefore, it is advised to avoid too much caffeine, especially during hot climates or if one tends to sweat a lot.

Many people across the world are so used to consuming caffeine that quitting abruptly may be quite impossible for them. Doing so may lead to withdrawal symptoms like irritability, tiredness, headaches, and other problems. So, the best way would be to moderate the amount of caffeine consumption. Consuming about 200-300 mg of caffeine a day is considered to be a moderate amount for adults.