As you know, we don’t live on planet earth alone. We live with many other creatures and species in a well-balanced ecosystem. But do you know that we have other creatures that we can’t see?

Of course, we have animals, fish, and plants, but we also live with other creatures that can only be seen under the microscope. Have you guessed what I am talking about yet?

I am mainly talking about the super tiny organisms that live around us such as bacteria and viruses.

We are going to talk about one of these organisms.

We are going to talk about Helicobacter Pylori or also known as H.Pylori.

What is this bacterium? What is H. Pylori? 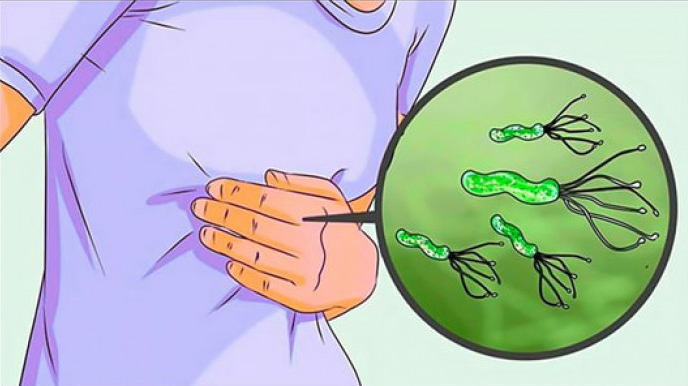 H.Pylori is a common type of bacteria that has a spiral shape. It can cause infection in the digestive tract, especially in the first part of the duodenum or the stomach. This infection usually happens during childhood.

Although some people have H.pylori and live their lives normally, H.Pylori can attack the lining of the stomach and cause inflammation and irritation. In fact, it is the most common cause of peptic ulcers. Many people have it.

And when we say many people have it, we mean it.

You will be surprised when you hear this but H.pylori infection may be present in more than half the people in the world. It is present in about 50% to 75% of the world’s population. It mostly occurs in children, especially those who live in crowded conditions and areas with poor sanitation. It is also more common in developing countries.

The fact that it doesn’t cause illness in most people makes it undetectable unless it causes symptoms.

That’s why most people don’t realize they have H.Pylori infection.

But how do people usually get H.Pylori? How does it spread?

If you know where H. Pylori lives, you can tell how it spreads.

It can spread from one person to another.

It can be found in saliva, plaque on teeth, and stools.

So, it can spread through kissing or by transferring the bacteria from the hands of those who don't thoroughly wash their hands after using the bathroom after a bowel movement.

Some doctors also think that H.pylori can spread through contaminated food and water.

So, apparently, the exact way H.Pylori infects someone is still unknown. But scientists believe that it is most probably acquired during childhood. They also believe that there are risk factors that increase the probability of infection, including:

When the bacteria enter the digestive system of humans it causes damage. So, how does the infection with H.pylori cause damage?

When H.pylori enters the digestive system, like any other organism, it multiplies in the mucus layer of the stomach lining and duodenum.

H.Pylori then secretes an enzyme called the urease enzyme. This enzyme converts urea to ammonia. This ammonia is a protective mechanism of the bacteria against the acidity of the stomach. It protects the bacteria from being killed by the strong acid of the stomach. And as the bacteria multiply, it eats into the stomach tissue which, at some point, leads to gastritis and peptic ulcers.

But as we said, some people might get H.Pylori infection without even knowing that they have it.

However, some symptoms might raise suspicion that someone has H.Pylori infection.

What are these symptoms?

As we mentioned before, some people will never have any signs or symptoms. We don't know yet how this happens. But maybe some people may be born with a strong natural resistance against the harmful effects of the bacteria.

When symptoms and signs occur, they include:

Most of the symptoms arise when the bacterial infection causes gastritis or peptic ulcers.

But generally, you should make an appointment with your doctor if the symptoms are persistent and they worry you. You should also seek immediate medical help if you experience:

These symptoms need immediate medical attention because there might be an underlying severe complication.

So, we can figure that H.pylori can cause some complications.

But what kind of complications are we talking about?

If a patient knew that they have H.Pylori infection and they neglected it, some serious complications will arise, including:

You may be surprised now because you heard the word "Cancer". I mean we just said that H.Pylori infection can cause stomach cancer.

But how does this happen? What's the relation between H.Pylori infection and stomach cancer?

Patients with H.Pylori infection have a higher risk for developing stomach cancer later in life, especially if they have a strong family history of stomach cancer and other cancer risk factors. Although these patients might not have any symptoms or signs of stomach ulcers, their physicians will always recommend getting tested for H.Pylori antibodies.

This is considered a form of screening so that if the patient has H.Pylori infection, he or she would be treated properly.

In addition to screening and treatment, some lifestyle changes should be made such as including more fruits and vegetables in the diet.

The physician will also recommend regular checkups and following to reduce the risk of stomach cancer.

But you can always prevent the disease and kill it at the roots to avoid these severe complications.

How would we prevent H.Pylori infection?

You can lower your risk of getting H.Pylori infection when you:

Besides, doctors recommend testing healthy people for H.Pylori in areas of the world where H. Pylori infection and its complications are so common so that we can avoid its severe complications.

Now it is time to know how H.Pylori infection is diagnosed. I mean it lives in the digestive tract, so is a stool analysis enough?

When you or your physician suspect an H.Pylori infection, the first step is physical examination.

Your physician will start with examining you thoroughly and look at your past health records. This can give him a clue whether to proceed with H.Pylori infection probability or not.

After physical examination, your physician may ask for some tests, including:

To treat H.pylori infection, patients must take at least two different antibiotics at once, to prevent the bacteria from developing resistance to one particular antibiotic. Among the common choices are amoxicillin, clarithromycin, metronidazole and tetracycline.

This combination of drugs is taken for about 14 days.

After the complete course of treatment, your doctor will recommend that you undergo testing for H.pylori at least four weeks after the treatment. According to the result of this test, you might need no further treatment or you might go undergo another round of treatment with a different combination of antibiotics.

Now, let's talk about ulcers, gastritis and cancer of the stomach that usually accompany H.pylori infection.

Peptic ulcer disease is a condition in which painful sores or ulcers develop in the lining of the stomach or the first part of the small intestine. Normally, there is a thick layer of mucus that protects the digestive tract from the acidic juice of the stomach.

However, many things can reduce this protective layer and allow the stomach acid to damage the lining of the stomach.

H.pylori infection and non-steroidal anti-inflammatory drugs are among the causes of peptic ulcers.

What are the symptoms of peptic ulcers? 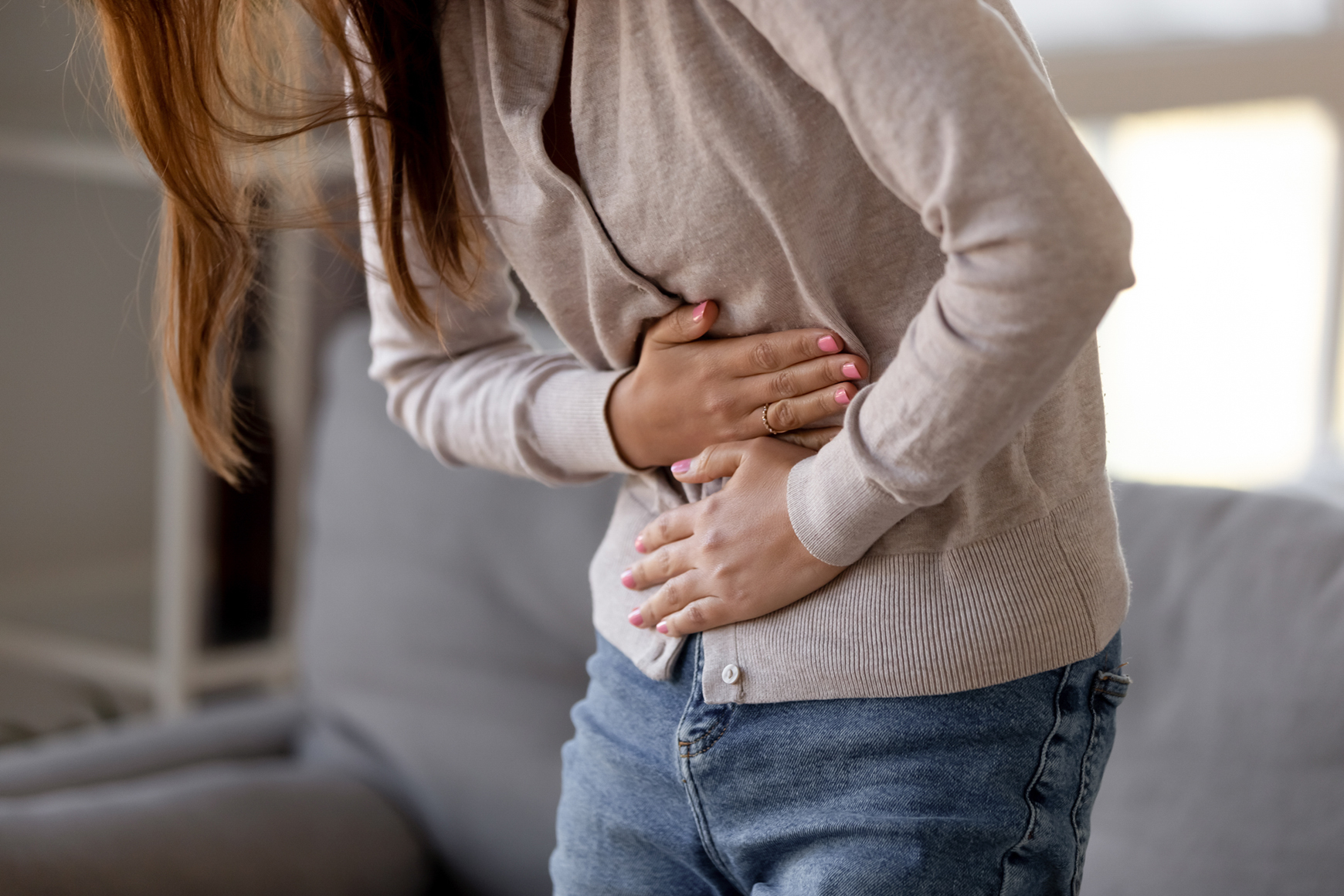 Signs and symptoms of an ulcer include:

In severe cases, symptoms include:

Ulcers are usually diagnosed just by talking with your healthcare provider about your symptoms.

To confirm the diagnosis, your doctor will ask for some investigations and tests including:

Ulcers can sometimes heal on their own, however, you shouldn't neglect the warning signs.

Without proper treatment, ulcers can lead to some severe complications including:

For most people with ulcers, doctors usually prescribe them proton pump inhibitors, H-2 blockers, antibiotics and protective medications like a liquid bandage such as Pepto-Bismol.

Gastritis is a condition that inflames the stomach lining, the mucosa.

It happens when something damages or weakens the protective lining of the stomach. The most common cause of gastritis is H.pylori infection.

The risk of getting gastritis goes up with age because as we get old the lining of the stomach gets thinner, the circulation gets slower, and the metabolism of the mucosal repair gets more sluggish.

In addition, older adults use medications like non-steroidal anti-inflammatory drugs which can cause gastritis.

There are two main types of gastritis:

Symptoms of gastritis include:

Gastritis isn't a contagious disease, however, H.pylori is.

It can be transmitted from person to person causing them gastritis.

And just like H.pylori infection, the first line of defense against gastritis is protecting yourself from getting infected. Good hygienic habits will protect you from infection such as good hand washing and proper food sanitation.

And just like H.pylori infection, gastritis is treated the same way.

What about stomach cancer?

Stomach cancer is an abnormal growth of cells that begins in the stomach. It can affect any part of the stomach.

It is also known as gastric cancer.

Signs and symptoms of gastric cancer include:

Two of the major risk factors of gastric cancer are H.pylori infection and long-term stomach inflammation as it occurs with gastritis.

Long term or neglected infection of H.pylori can cause stomach cancer as we mentioned before.

In fact, the mortality rate of H.pylori is not known precisely.

However, it seems to be minimal, about 2%-4% of all infected people.

And mortality usually is associated with complications of the infection, not the infection itself such as gastric ulcer, perforations or gastric cancer.

That's why it is very important to never ignore gastrointestinal symptoms. Some symptoms can be an indication of a specific disease.

The earlier the disease is discovered, the better the prognosis and results of treatment. And as we explained, if H.pylori infection is left untreated it may lead to severe complications up to stomach cancer.

So, it is important to check on your health and have regular check-ups with your general practitioner to stay safe and to always make sure that your systems are functioning normally.

And if you already have an H.pylori infection, you should not neglect the treatment and follow up with tests after you finish your course of treatment to make sure that the bacteria have been eliminated.  We also must emphasize the fact that prevention is significantly important in the battle against this bacterium. Following good sanitary and hygienic habits can save your stomach and gastrointestinal tract in general from agonizing symptoms. So, always remember to:

Protect yourself and stay safe.