Is Rhinoplasty Worth It? 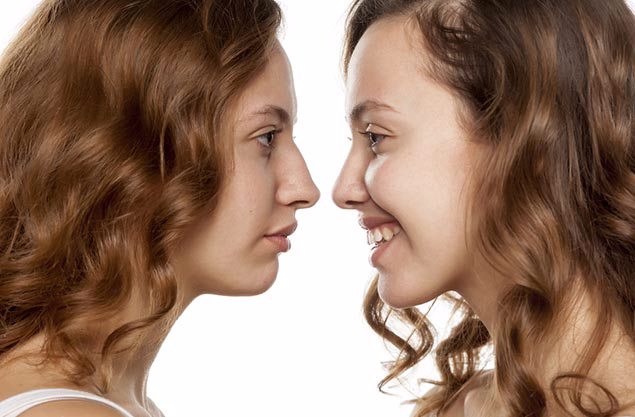 Rhinoplasty or a nose job is a procedure done to change the functioning or appearance of the nose. From changing the shape, size, and proportions of the nose to fixing medical problems such as breathing difficulties, congenital disabilities, or trauma defects, there are plenty of reasons why you should consider rhinoplasty.

But whatever the reason, it is imperative to understand the procedure and it's worth before deciding to go under the knife. This article will educate you about the procedure and its benefits, recovery period, and other considerations so that you can make the right decision for your nose job.

Since the initial cosmetic operation reported by John Roe in 1887, the process has evolved dramatically. This lengthy evolutionary process was not just technical, but also, and perhaps more importantly, philosophical. In order to achieve better and more consistent outcomes, the reduction-only idea in nose surgery was gradually replaced with a more proportionate technique that included meticulous reduction and grafting. Such breakthroughs were made possible mostly via a greater knowledge of anatomical structures and the efforts of outstanding surgeons such as Joseph and Sheen. They detailed many strategies that are still in use today.

Despite this paradigm change, rhinoplasty remains one of the most difficult surgical procedures in Plastic Surgery. Nasal dimensions and symmetry are intimately related to facial attractiveness since they are a fundamental hallmark of the face. Even for very experienced surgeons, the technical hurdles, the large range of diverse approaches presented, and the battle to produce consistent results can be tough.

The challenge of constructing "the identical nose in every patient" is exacerbated by anatomical variances in inner structures and variable thicknesses of soft tissue envelopes. Furthermore, there is no such thing as a "perfect nose," because a nasal structure that suits one patient's face may not fit another's.

Rhinoplasty is more than just a cosmetic operation. The procedure also tries to preserve or improve nasal function if the patient has decreased airflow owing to an obstructive condition. This adds to the operation's difficulty since interior nasal structures must be changed to solve functional concerns.

All of these elements work together to explain why rhinoplasty is such a gratifying operation with such positive outcomes. Correct surgical patient selection, as well as thorough preoperative analysis and planning, are key elements in improving rhinoplasty outcomes and avoiding additional surgeries.

A thorough grasp of nasal anatomy is the foundation of a successful rhinoplasty. A little modification in one nasal component can have a significant influence on the remainder of the nasal structures, resulting in a dramatic shift in face arrangement.

The external nose is made up of a bony and cartilaginous skeleton that is surrounded by muscles, soft tissue, and skin.

The internal nose is constituted of the septum and the turbinates, all of which are covered by mucosa.

Rhinoplasty gives long-lasting results, and you observe gradual changes in the appearance and functioning of the nose over the course of one year with permanent end results. Here are the benefits of rhinoplasty that can change the way you look or breathe:

Rhinoplasty for medical reasons is indicated if all other conservative treatments fail to provide relief. A common medical reason that requires surgery is difficulty in breathing through the nose due to nasal obstruction. As far as cosmetic reasons are concerned, rhinoplasty can produce exceptional results and give the desired shape to your nose for an improved facial appearance.

Another thing to consider while deciding whether to opt for surgery is the cost of rhinoplasty. The expenses vary from hospital to hospital and could depend upon the extent of surgery required and your facial appearance. Though you should keep all these factors in mind while deciding about your nose surgery, looking for the best rhinoplasty surgeon is equally essential to get the desired transformation.

It is critical to examine the precise elements of their nose that they detest (dorsal hump, nasal deviation, tip difficulties, etc.) and explain step by step what can and cannot be corrected. This may be accomplished through the use of computer simulation. This is a useful method for identifying patients with unreasonable expectations by using real-life photos of the individual and simulating an approximate surgical outcome. It has gained popularity among surgeons in recent years, and according to a 2017 survey, 63 percent of them use it in rhinoplasty consultations. There are both 2-D and 3-D simulation tools available.

Breathing issues in the past, a history of sinusitis, obstructive sleep apnea, previous hospitalizations, pharmaceutical or cocaine use, and a history of mental illness should all be documented. This operation is often performed when nasal components have fully matured and nasal morphology will not alter significantly in the future. This corresponds to around 15 years of age for girls and 17 years of age for males.

At Medcare Hospitals & Medical Centres, the team of rhinoplasty surgeons is well-versed with all the modern techniques and experienced enough to fix your nasal problems and give you a fresh new appearance.

Patients with an unstable mental state at the time of consultation or surgery, patients with body dysmorphic disorder (BDD) or unrealistic expectations, obstructive sleep apnea, active cocaine users, and patients with comorbidities that contraindicate surgical procedures are all common contraindications for rhinoplasty.

How is rhinoplasty done?

Contraindicationsor nose plastic surgery is performed under general anaesthesia, or local anaesthesia with sedation. There are two techniques used when surgically altering or improving the nose's appearance; open and closed technique. Both the techniques are different, offer individual advantages and cannot be compared for better outcomes.

Though the close technique seems more advantageous for some nasal modifications, still, your surgeon is the best person to decide whether an open or closed technique can give the optimal treatment results.

This way, nose lift or nose reshaping is performed. In addition to cosmetic surgery, we also restore the function of the nose at the same time by correcting the nasal septum deviation and reducing the size of turbinate’s to improve the nasal airway and breathing.

Before and after photos 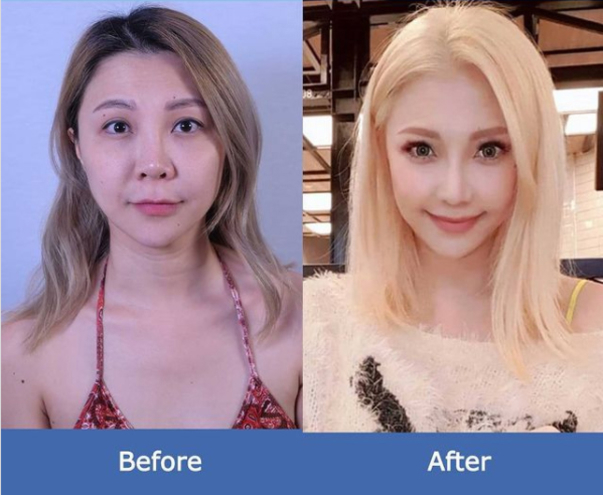 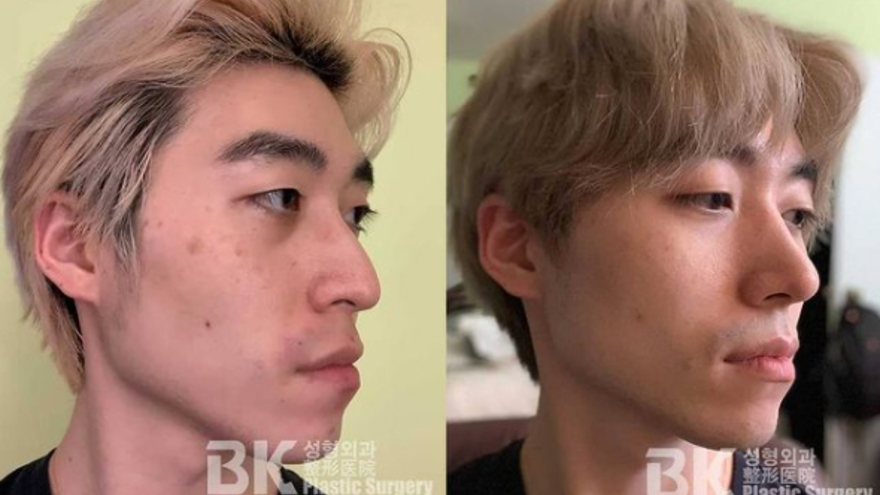 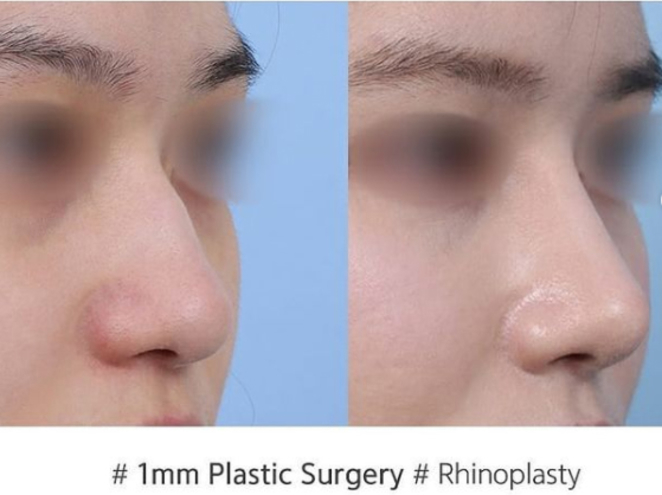 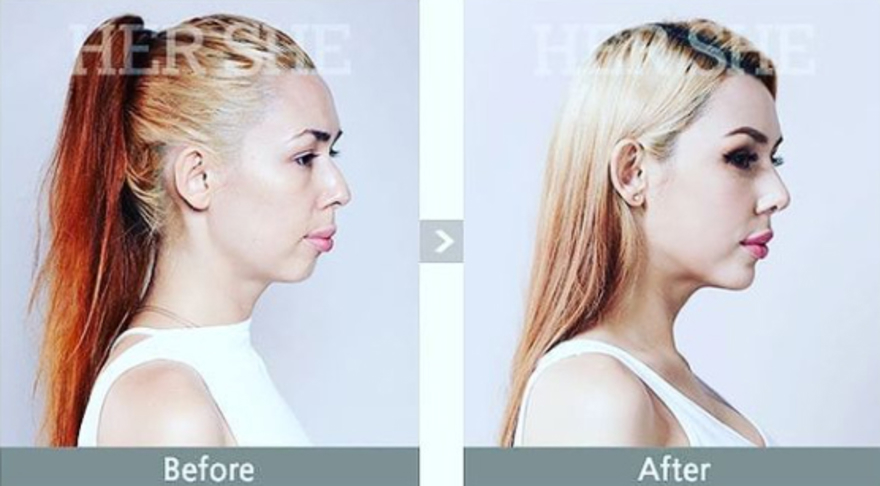 Recovery after the procedure:

You can go home the same day after the procedure, but at least one week off from work is required to allow healing. You should take proper rest and apply ice on the nose. No forceful blowing of the nose is permitted, and it should be cleaned thoroughly every day. Swelling may occur for the first 3–4 days and gradually subsides after that. Pain medications are given to decrease the discomfort but are generally required only for the first few days.

Within a week, all the discomfort, pain and swelling resolves, and the cast and splints can be removed. You can join work and do all daily activities, including workouts. But any contact sport must be avoided for at least six weeks to prevent injury to the nose. Complete healing from the surgery may take 6 to 12 months.

As previously noted, rhinoplasty is one of the most difficult surgical operations, and one of the primary reasons for this is its lack of predictability. An immediate positive surgical outcome may not be such one year later. This is mostly due to the numerous factors involved in the healing process. Individual nasal tissue responses are not always predictable, and as a result, adverse outcomes might occur.

Although the likelihood of serious consequences is limited, functional and, in particular, cosmetic difficulties might generate social and psychological problems, as well as legal challenges for the surgeon. Hemorrhagic, infectious, traumatic, functional, and cosmetic surgical problems are all possible.

Rhinoplasty, whether for cosmetic or practical reasons, may provide great results in the hands of a skilled surgeon. A strong grasp of nasal function, shape, and anatomy, as well as the application of a surgical technique that respects important components, are essential characteristics of a rhinoplasty surgeon.

As previously stated, thorough identification of surgical candidates is a key step in achieving high patient satisfaction rates. It is also essential that the patient follows postoperative instructions properly and communicates with the surgical team as soon as possible if any warning signs or symptoms emerge. Satisfaction with rhinoplasty outcomes has been shown by several writers over the years to increase the patient's quality of life, as evaluated by an improvement on the ROE scale and other scales following the treatment.