LASIK or LASEK? What are the differences between them? 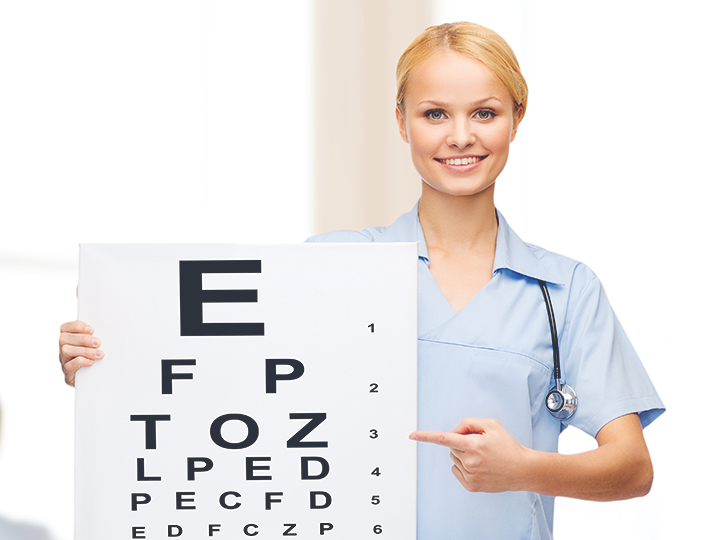 If you wear glasses, do you find it inconvenient when your glasses become misted up whenever you eat ramen? Perhaps those who use contact lenses have been embarrassed as their lenses slip out of place at an important moment, such as during a blind date or during a business meeting. For these reasons, you may make up your mind to have eye surgery this year.

However, you may still be hesitating to actually have it done because of the fear of adverse side effects, as many people talk about them, or maybe because you are anxious about the operation. If you are feeling hesitant, please pay attention to this article! I will let you know which eye surgery would be right for you.

LASIK is the most widely performed eye surgery in the world.

LASIK is operated on many young people to correct their myopia or astigmatism. In addition, it has been the most popular, safe, effective and predictable eye surgery since the mid-1990s. It is now recognized as a fundamental vision correction method.

It does not cause pain, as it does not hurt the corneal epithelium; patients recover their eyesight quickly; and it rarely produces corneal opacification or causes the recurrence of myopia to develop. The procedure involves creating a circular flap, a fifth of a cornea thick (around 0.5 mm), using a femtosecond laser to cut the tissue beneath. It is a surgery that involves cutting the middle, not the surface, of the cornea.

LASEK is an emerging eye surgery technology that is extremely safe and brings high satisfaction.

However, in rare cases, LASIK may induce complications because the operation involves cutting the middle of the cornea, which can lead to its physical instability. To avoid such a risk, the method of cutting the surface of a cornea has gained attention again, and LASEK evolved to address this need. It involves stripping the corneal epithelial layer in the form of a flap, and covering the layer with the flap at the end of the operation. It takes patients more than a few days to regain their eyesight, and they may feel uncomfortable after.
However, LASEK is free from side effects such as eye injuries. Recently, vision recovery was promoted using a method that does not put the corneal epithelial flap back in place again.

Why do side effects occur after LASIK?

LASIK has many strengths, such as relatively quicker eye stabilization and eyesight recovery, as well as minimal discomfort. Nowadays, a large number of people have LASIK surgery, and the accumulated number of the operation is growing. However, there are some cases where operations were performed without a thorough medical examination, which causes more adverse side effects. The side effects of LASIK include dry eyes, inflammation, eyesight deterioration, and halos. Let us learn more about dry eyes and corneal ectasia.

Dry eyes are a relatively common side effect, and heals naturally in most cases. 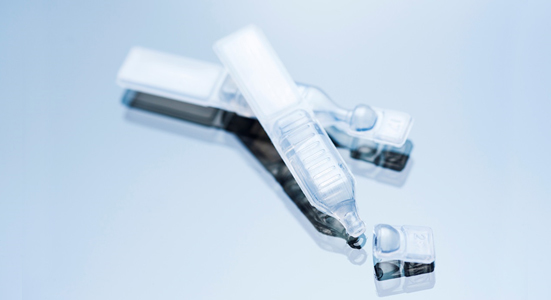 During LASIK, the corneal nerves are cut when making a corneal flap. It is commonly thought that it takes more than a year to reconstruct the nerves. For this reason, the secretion of tears decreases and dry eyes occur. Typically, it recovers to pre-operation status around six months after the surgery.

Recently, studies show that dry eyes before and after LASIK may affect the operation result, and increase the recurrence rates of myopia and astigmatism. This leads to a more aggressive treatment regime of dry eyes. The Samsung Medical Center allows patients to apply artificial tears and ciclosporin eye drops, a cure for dry eyes, before the surgery. The treatment can continue from three to six months after the operation, depending on the speed of recovery. However, if patients have already suffered from dry eyes before the operation, the treatment can take longer and cause other complications. They need to have a full consultation before deciding to have LASIK.

Corneal ectasia is very rare, but can produce serious complications. 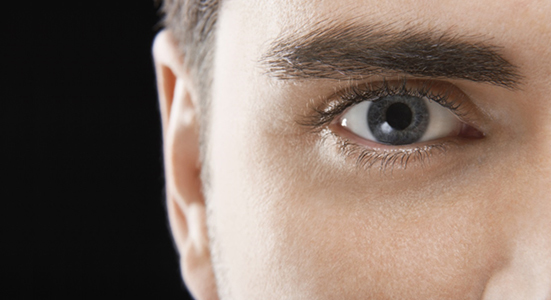 Corneal ectasia is also known as iatrogenic keratoconus, which refers to the side effect that causes irregular astigmatism and severe eyesight deterioration when a part of the cornea extrudes asymmetrically.

In severe cases, it requires a corneal transplant. Compared to LASEK, LASIK is performed in the deeper layers of the cornea, so it has a greater chance of leaving permanent physical injury to the cornea. When the surgery is carried out on a patient with a thin cornea and bad eyesight, it is considered that associated side effects are more likely to occur because their cornea can be more greatly affected physically. Recently, it turns out that corneal ectasia occurs when a "potential corneal ectasia patient" has LASIK. If patients get a complete medical check-up to find out whether they are a "potential corneal ectasia patient" before the surgery and whether their corneas are thick enough, most patients can avoid this complication.

More recently, the LASIK Xtra method was introduced which strengthens the cornea by using ultraviolet rays to prevent corneal ectasia. In addition, there is a new method called "smile LASIK". The method creates a pocket, not a flap, on the cornea and cuts the middle of the cornea in the form of a disk in order to reduce corneal damage.

How do you decide on the surgical method?

Medical factors considered by doctors include the status of the cornea, including the myopic values, thickness and size, dryness and the size of the eyes themselves. For patients with high myopia, LASIK has many advantages: for example, a low recurrence of myopia and a decreased possibility of corneal opacification. When patients have thin corneas, or the blood vessels are near their corneas, LASEK is preferred because LASIK is expected to be difficult to perform. When eyes are severely dry, LASEK is considered safer because dry eyes can worsen after the surgery.

Social factors from the perspective of patients

The patients' professions are important factors to consider. If they have professions that involve a lot of physical contact with others, such as athletes and soldiers, doctors recommend avoiding LASIK. Injuries arising from such professions can weaken the stability of the operated corneas. For those who enjoy sports, LASEK is the recommended method. There are a few cases of unendurable pain after LASEK, but if patients are very sensitive to pain, this fact should be considered when deciding on a surgical method. Because LASEK requires one or two weeks of recovery time to regain their eyesight at a near distance, patients who require a good near-distance vision or have to return to their jobs early are recommended to have LASIK.

In South Korea, there is not much difference between the large hospitals and small clinics in terms of eye surgery. However, surgeons' knowledge and experience matter. So you should remember that you need to have a full consultation with your doctors and have pre-operation medical check-ups, taking your personal physical conditions into consideration.