Medical Treatment in U.A.E. How advanced is U.A.E's Healthcare market and facts you need to know 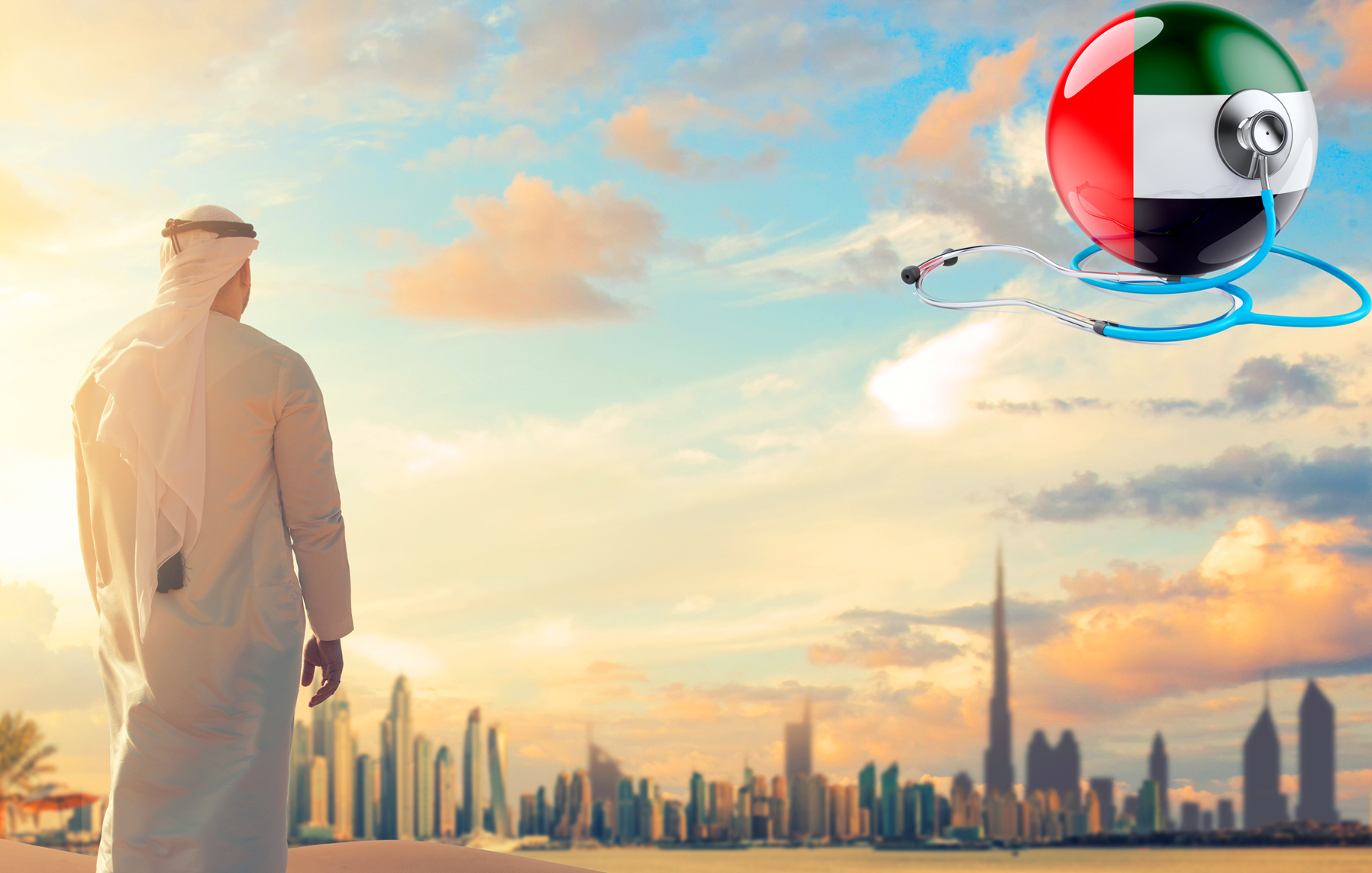 The United Arab Emirates is by far the Middle East’s most important medical hubs and also, one of the world’s important ones.

Despite the fact that there are at least three other healthcare services provided in the area, Turkey, Iran and Israel, which all have a long history in developing their own medical knowledge/expertise, the U.A.E. has quickly absorbed the necessary medical expertise, by adopting medical professionals from the West, and imported state of the art facilities from the most prestigious hospital groups around the world, such as the German Saudi hospital, which is originated in Germany, the Thumbay hospital, which is originated from India or the American Hospital and Cleveland Clinic which both are originated in the U.S.A. As, U.A.E. hosts almost 10 million people of which, approximately 88.5% are expatriates.

According to a study released by Global Soft Power Index, in terms of COVID-19 handling, U.A.E has been ranked on the number one place in the Middle East and on the 14th place out of 105 countries that have participated in this survey.

85% of U.A.E. 's facilities and hospitals are internationally accredited, respecting the standards set by the Joint Commission International, reason behind the fact that U.A.E is the worldwide leader country in terms of number of accredited facilities.

Additionally, according to the Legatum Prosperity Index, the U.A.E. has been ranked first in multiple indexes, such as the Low HIV Prevalence Index, the National Early Detection Programmes Index, the Low Rate of Health Problems Index, the Health Care Coverage Index, the Malnutrition Rate Index, the Low Malaria Infection for Every 100,000 People Index, and the Prevalence of Stunting among Children under 5 Years of Age Index.

The U.A.E. 's healthcare  system consists of both public and private systems, but while the government is continuously encouraging private investments, the expansion of the private healthcare system in the last years led to the fact that it accounts for more than 75% of the medical services provided. According to the World Health Organization, the U.A.E’s healthcare system is ranked on the 27th place.

UAE healthcare market and facts about it

The UAE has a strong health regulation framework, which has helped in ensuring quality healthcare which is the main catalyst for medical tourism. Investments in the medical sector from both the government and the private parties have created a very developed and powerful healthcare infrastructure that can easily adapt to new leading medical trends in all kinds of treatments.

The most popular medical services which medical tourists needed were in the fields of Dermatology, Dental, Orthopaedics, Fertility and Ophthalmology, but there were also medical tourists interested in the sport’s medicine services.

Additionally, the medical services provided by the U.A.E. 's healthcare system is not only first quality, but also well priced, therefore medical tourists would save up money by choosing to get treatments there. For example, a prostate surgery that costs 10.000 USD in the U.S.A., approximately 8.700 USD in the U.K. or 5.500 USD in Thailand, would cost between 4.000 and 7.500 USD.

Also, beside the fact that U.A.E.’s healthcare systems hosts some of the world’s greatest medical professionals, it also hosts some innovative systems that contribute to its development and help reaching new heights within world’s most modernized medical procedures, such as 3D Modelling systems that allow doctors train for very different and unusual surgeries, for example surgeons requested a 3D model to be printed prior to a complex neurosurgery to treat a patient suffering from bleeding in the brain. An X-ray revealed that the patient had suffered a cerebral aneurysm in four veins and the surgeons were able to plan the procedure in order to obtain the best outcome and potentially reduce the risks.  Or, in order to reduce the number of mistakes caused by handwritten prescriptions and to serve more patients easier, U.A.E.’s health system benefits from a robotic pharmacy that has a storage capacity of 35,000 medicines and is able to fill 12 prescriptions per minute. The robotic pharmacy receives electronic notes sent by the doctors and selects the correct dosage and medicine using internationally recognised GS1 barcodes.

Example of top clinics in U.A.E.

The American Hospital is known as the only medical facility out of the U.S.A. to be awarded the ultrasound practice accreditation in the fields of Abdomen/General, Breast – Diagnostic, and Breast – Interventional from the Ultrasound Practice Accreditation Council of the American Institute of Ultrasound in Medicine (AIUM). Moreover, the American Hospital is the first medical facility in Dubai to offer the fourth generation of Da Vinci surgical system to conduct robotic surgery service, increasing the Emirate’s popularity as a hub for medical tourism for patients in need for world-class professional care. 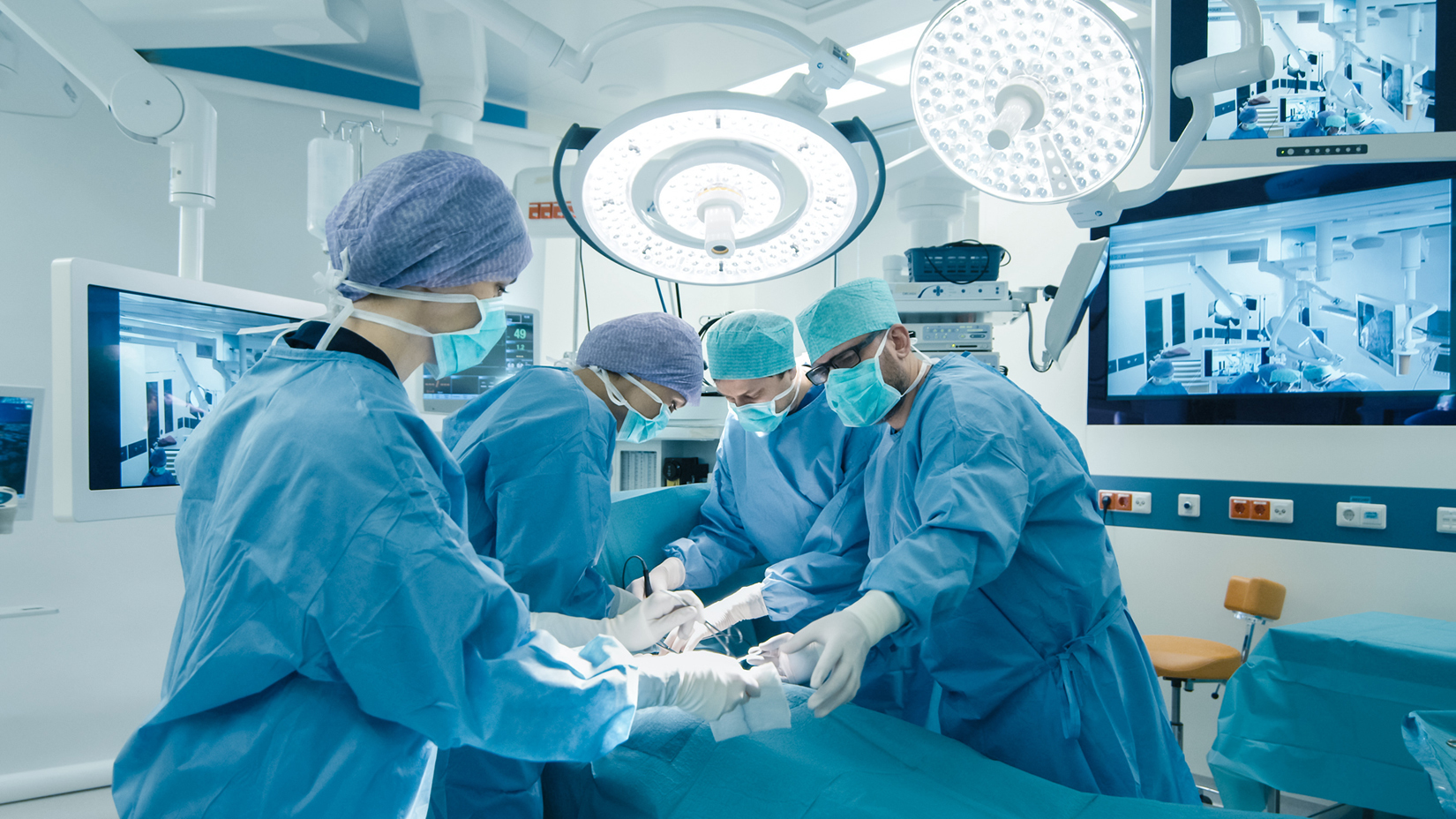 Cleveland Clinic Abu Dhabi was opened in 2015 and it is designed to operate five different specialist centres of excellence covering digestive disease, eye, heart and vascular disorders, neurological treatment, and respiratory and critical care. It employs over 340 doctors and almost 3.000 nurses.  For the initial 175 doctor positions, there were more than 5,000 professionals from all around the world who had applied for the hospital’s job postings. In order to hire the best doctors available, the hiring procedure has been very complex, therefore candidates had to pass through 40 interviews which took place both in the U.S.A. and in Abu Dhabi, U.A.E. 80% of the current doctors from Cleveland Clinic Abu Dhabi have been trained in the U.S.A., while the rest of 20% have been trained in Europe.

Zulekha Hospital Dubai specializes in cardiology and heart surgery, minimally invasive surgery, orthopedics, gynecology, and childbirth. Its doctors have a vast expertise in performing low invasive surgeries. They carry out cardiac catheterizations, laparoscopic and endoscopic surgeries, which are usually made through small incisions, in order to shorten the healing and recovery periods.

The U.A.E. healthcare system is on a very fast and non-stop evolving pace. The geographical location strategically brings the Western standards, both European and North American, in the centre of the Globe, where they are easily accessible by most of the populations. The partnership between the public and private investments has resulted in a world leading medical environment in the U.A.E. that has still lots of space to grow. By the measures by local authorities, U.A.E. aims to be more globally healthcare competitive by focusing on the international quality standards, accreditation and the development of preventive medicine. U.A.E. also aims to reduce the prevalence of smoking, and increase the system of preparations to deal with epidemics and health risks

Based on the high levels of quality and safety that the U.A.E. 's healthcare system strides to provide, it is expected that in 2021 more than 500.000 patients will choose to get treatments in the U.A.E.