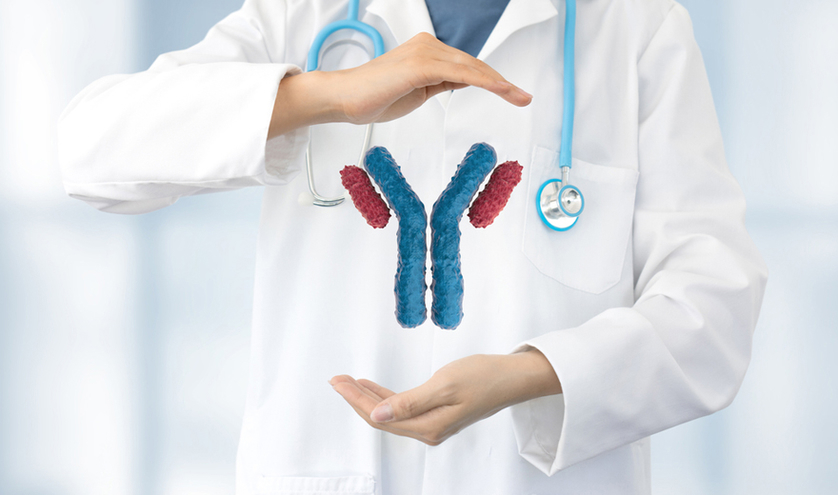 How does it work? The science behind antibodies!

It can be possible to produce monoclonal antibodies that specifically link to any suitable substance. Afterward, they can serve to detect or purify it. This ability has become a very important tool in biochemistry, molecular biology and also in medicine. On a clinical level, monoclonal antibodies are being used for the diagnosis and the therapy of several diseases, including some types of cancer, being recognized as a form of immunotherapy. They can be used alone or to carry drugs, toxins, or radioactive substances directly to cancer cells. The administration of monoclonal antibodies has also been authorized by several countries for the treatment of some COVID-19 symptoms.

How do monoclonal antibody drugs work to treat cancer? 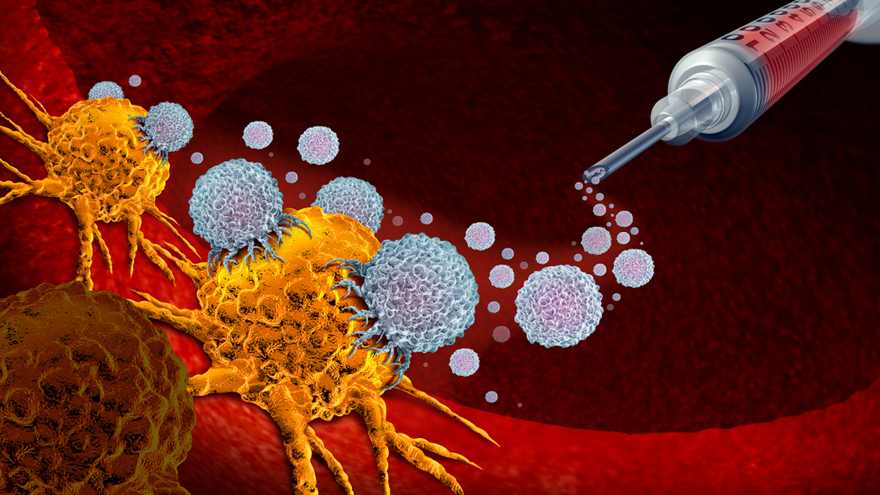 The immune system consists of a complex team that detects and destroys agents that cause diseases, like bacteria and viruses. Also, this system can eliminate damaged cells, just like cancer ones.

One way in which the immune system can find and destroy strange cells is with the help of antibodies. An antibody attaches itself to the antigen found on the surface of the targeted cell, like the cancer cell. When the antibody links to the cell, it acts as a flag to attract molecules that fight the disease or as a trigger that promotes cell destruction with the help of other immune system processes.

Cancer cells often succeed in avoiding the immune system's detection. These types of cells can mask themselves in order to hide, or they can give signals that block the immune system cells from working properly.

Monoclonal antibodies are designed to function in many different ways. For example:

The administration of monoclonal antibodies is made intravenously. Based on the type of cancer and the drug you are receiving your doctor will tell you often you should undergo monoclonal antibody treatment. Some drugs can also be used in combination with other treatments, like chemotherapy or hormone therapy. 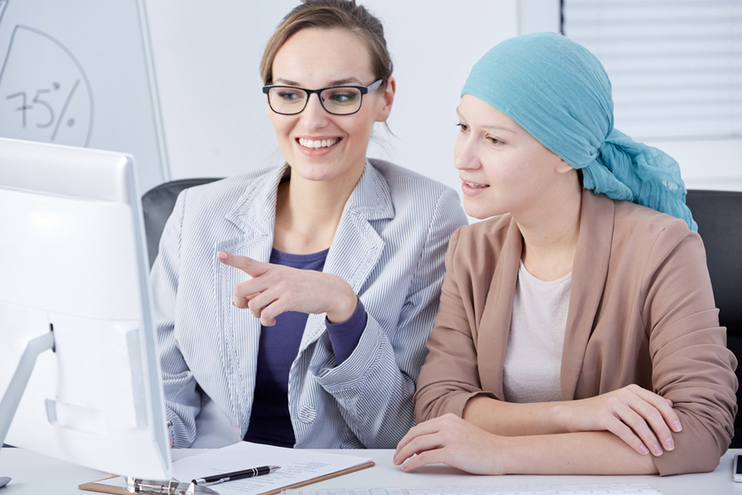 Antibody therapy was first used to treat cancer in the 1980s. It was a revolutionary approach because it harnesses the body's own immune system to fight cancer cells. This form of treatment is referred to as a form of immunotherapy.

Many monoclonal antibodies can be used in cancer treatment –and the therapy is also known as monoclonal antibody infusion treatment. These are a type of targeted cancer therapy, meaning that they are created to interact with very specific targets.

Which types of cancer are treated with monoclonal antibodies?

Monoclonal antibody treatment can be used to treat many types of cancer. For example:

What are the risks and the side effects of monoclonal antibodies?

Like many other treatments, monoclonal antibodies can cause side effects, which can be different from one person to another. These side effects can depend on many factors, for example how healthy you were before the treatment, the type of cancer you have, how advanced it is, what type of monoclonal antibody you receive and also the dose that you are getting.

Healthcare providers can't know for sure when or if any side effects will occur or how serious they will be. So, if you start having problems, it is very important to know which signs you should be looking for and what you should do in case they appear.

Like many other types of immunotherapy, monoclonal antibodies can lead to skin reactions at the needle site and even flu-like symptoms.

Needle site reactions can be the following:

Flu-like symptoms can be:

Monoclonal antibodies can also lead to other symptoms such as:

During the course of your treatment, monoclonal antibodies can also cause mild to severe allergic reactions. In rare cases, these reactions can be so severe that they could lead to the death of the patient.

Other monoclonal antibodies can also cause capillary leak syndrome – a condition that causes fluid and proteins to leak out of small blood vessels and makes them flow into surrounding tissues, leading to dangerously low blood pressure. Capillary leak syndrome can result in multiple organ failures and shock.

Monoclonal antibodies can sometimes cause cytokine release syndrome, but it is usually a mild form. Cytokines are immune substances that have a variety of different functions in the body, and a sudden increase in their levels can lead to:

Unlike monoclonal antibodies, polyclonal antibodies are secreted by different B cell lineages – also known as B lymphocytes, a type of white cell of the lymphocyte subtype – within the body, while on the other hand monoclonal ones come from a single cell lineage. They are a big group of immunoglobulin molecules that react against a specific antigen, each one identifying a different epitope.

The process of producing polyclonal antibodies:

An antigen is being administered to an animal of choice to start an amplified immune response. After a few injections are given over a specific period of time, the animal is expected to have already created a number of antibodies against the antigen. Afterward, a small amount of blood is extracted from the animal and then it is purified to obtain the antibody of interest.

Inoculation is usually performed on a mammal, like a mouse, rabbit or a goat. Bigger mammals are often chosen as the amount of serum that can be collected is much more considerable. The antigen is being injected into the animal. This makes the B-lymphocytes produce IgG immunoglobulins specific for the antigen. From the animal's serum, the polyclonal IgG is being purified.

There is a large variety of methods for polyclonal antibody production in laboratory animals. Institutional guidelines that take care of animal use and procedures relating to these methods are generally oriented around humane considerations and appropriate conduct for adjuvant use. This includes adjuvant selection, ways and sites of administration, injection doses per site and number of sites per animal. Institutional policies generally include allowable volumes of blood per collection and safety precautions such as appropriate restraint and sedation of animals for injury prevention to animals.

The first and main goal of antibody production in laboratory animals is to obtain high titer, high-affinity antisera for use in experimentation or diagnostic tests. Adjuvants are used to improve or enhance the immune response to antigens. Most adjuvants provide an injection site, antigen depot which allows for a slow release of antigen into draining lymph nodes. 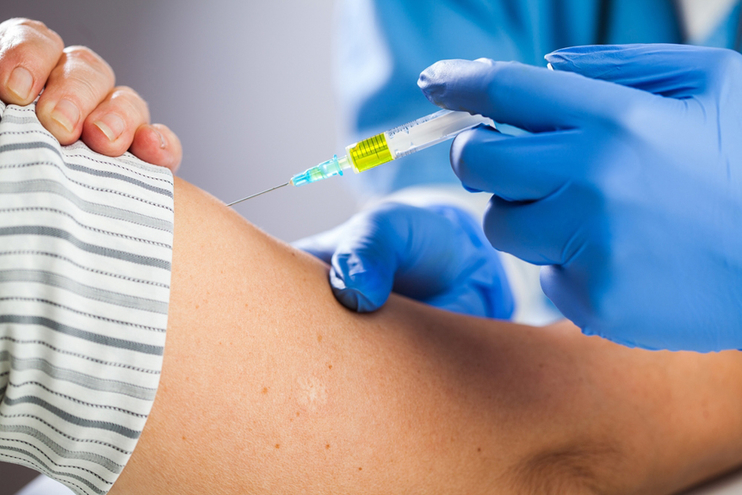 A vaccine helps with the stimulation and the preparation of your immune system to respond in case or when you are exposed to a certain virus. Your immune system is able to create all the antibodies you need before they are even needed.

Monoclonal antibodies can boost the immune system after you have already caught a virus, speeding up your immune response to prevent symptoms from getting worse. However, a vaccine can do this in a much easier and better way.

You can think of monoclonal antibodies as small fighters that target and neutralize the virus. But after they reach their goal, they don't remain in your body. While monoclonal antibodies are effective for about a month, they are long gone six months later. On the other hand, a vaccine still offers significant protection, even after a long period of time.

Most monoclonal antibodies can cross the placenta of pregnant women, leading to concerns when it comes to their use during the course of pregnancy and their impact on the fetus and infant. However, the last decade has shown a shift in disease management toward tight disease control in pregnant patients and also a goal of improving both maternal and fetal outcomes. Achieving clinical remission is considered as one of the best predictors of favorable pregnancy outcomes, and a stable disease course, especially in the first six months before conception, has been associated with improved maternal and fetal outcomes. This has to lead to increased use of monoclonal antibodies before conception, during the course of pregnancy and postpartum, with specific objectives varying for each disease. Clinical records and systematic reviews have shown it is safe to use antitumor necrosis factor (TNF) biologics during pregnancy, most of them being reported among patients with IBD – inflammatory bowel disease. The monoclonal antibody treatment does not affect breastfeeding since you can only find a small, barely detectable amount of them in breast milk. 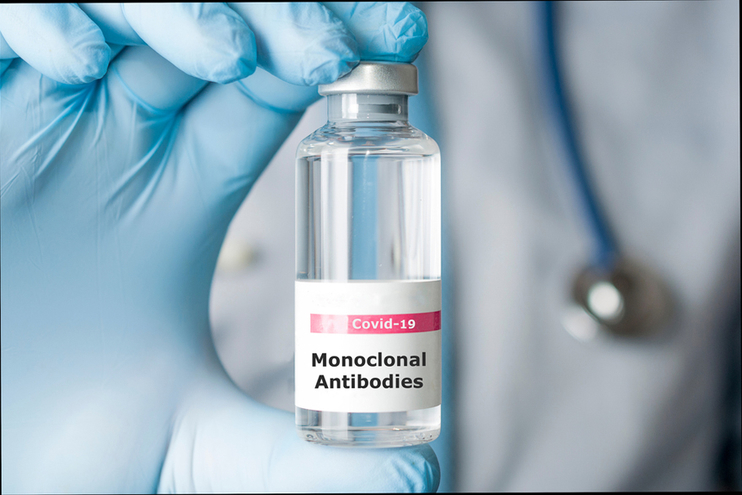 Sometimes, the monoclonal antibody drug cost can be covered by the federal government, but you could pay other costs associated with the treatment. Insurance is supposed to cover any other administration charges.

However, the drug normally costs between 3000 to 5000 dollars per dose. Some of the infusion and treatment centers can charge a co-pay for the office visit and a cost for the administration of the drug. In case you don't have insurance, your healthcare provider will bill the federal government.

Clinical trials – studies of new treatments and new ways to use already existing treatments – can be available. Enrolment in a clinical trial can also give patients the chance to receive novel monoclonal antibody therapies.

You can always feel free to search locations where you can get monoclonal antibody on the internet. There are plenty of sites that indicate clinics near your location or that can generate a list of locations based on a zip code, your address or your county name.

Yes, monoclonal antibodies have been approved by the Food and Drug Administration (FDA) for the treatment of different human diseases, such as cancer, and autoimmune and chronic inflammatory diseases. Out of the 80 monoclonal antibodies (mAbs) currently approved by the FDA and/or EMA, half of them are being used for the treatment of hematologic, cutaneous, or solid tumor malignancies.

Ultimately, antibody therapy is a type of treatment that relies on the patient's own immune system to fight disease, rather than using external methods like chemotherapy or radiation. In this case, the therapy involves injecting antibodies into a patient's bloodstream.

Cancer treatment is also undergoing a revolution. The fight against cancer is no longer solely the domain of oncologists, but the efforts of the entire medical community at large. With innovations in genetics and biotechnology, we have the ability to modulate our immune system to recognize cancer cells as a threat, and vigorously attack them. T-cells are the new wave in cancer treatment, and antibody therapy has proven just how effective this approach can be.