It is no secret that K-Pop stars are under pressure to look the part. Clear skin, slim jawlines, and big eyes, are all part of the ‘young and beautiful’ celebrity facial ideal in South Korea. But what are the surgeries that many K-Pop stars choose to achieve this ‘look’?

This week, we outline the top four most common facial surgeries for celebrities in Korea as well as other Korean cosmetic tips and tricks!

Apart from the functional aspect, blepharoplasty is also chosen for the aesthetic component. Removing the excess skin and tissue, reducing the bags under the eyes and extracting the fat from the upper and/or lower lids can make the patient look younger and, for the Korean people it gives that European look that is so popular nowadays. 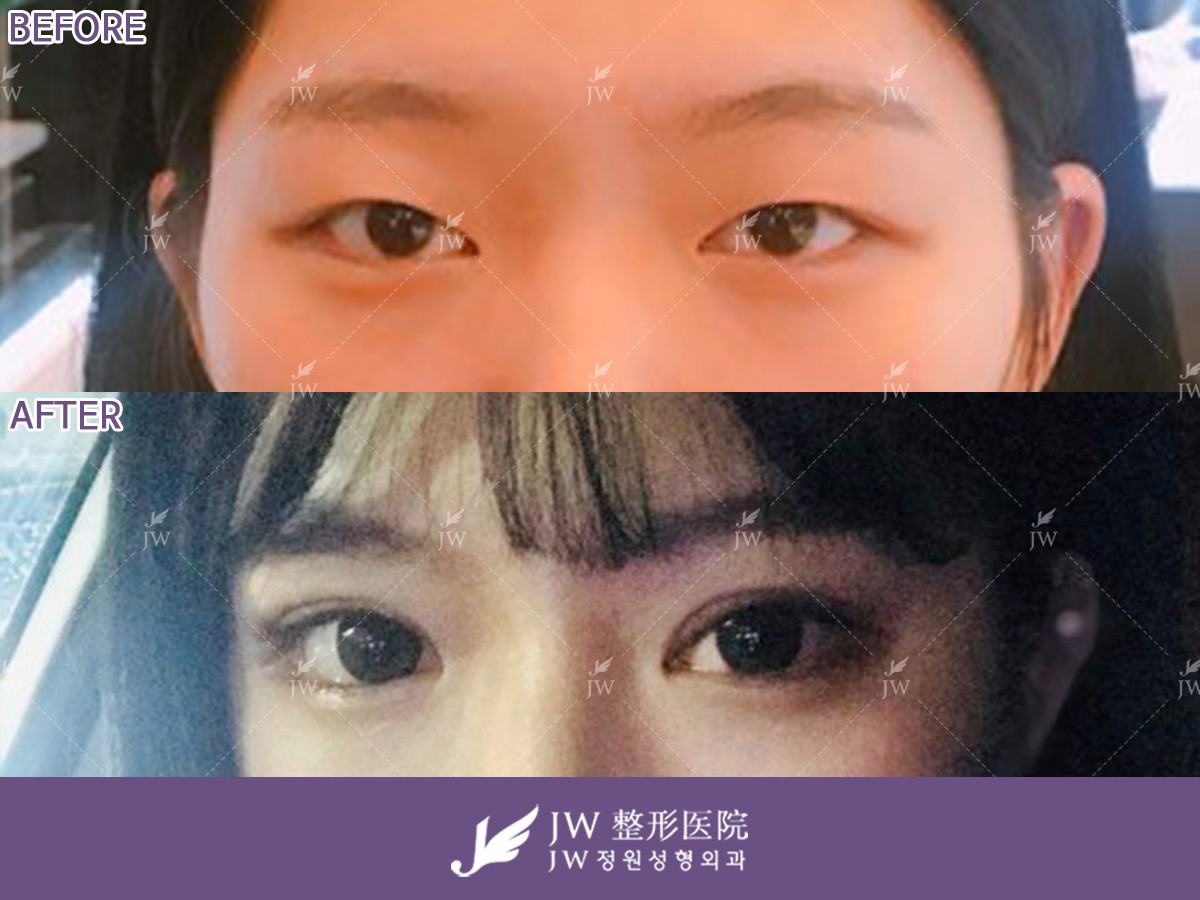 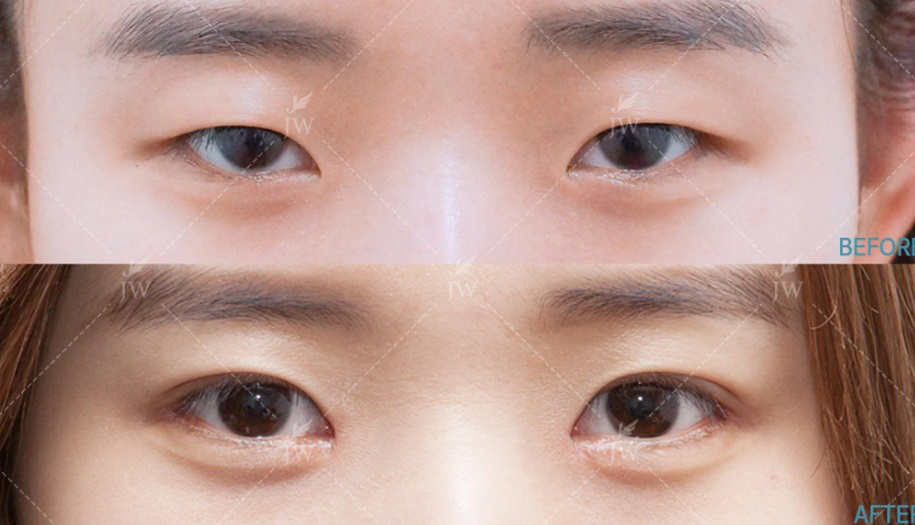 Double eyelid surgery before and after celebrity – the before and after photos of Kpop idols who have undergone Kpop eye surgery are quite spectacular, the result giving them a more culturally desirable look.

Nose surgeries are also a very popular plastic surgery for K-Pop idols. The ideal nose type in Korea has a straight, pronounced bridge, with a small, rounded tip.

Rhinoplasty is a surgery designed to change and improve the shape and/or functionality of the nose. It is also performed and recommended in case of birth defects or injuries to the nose that can cause difficulties in breathing. The nose has two parts – the upper part which is the nasal bone and the lower part which is composed only of nasal cartilage. Given this structure, rhinoplasty can target the bone, the cartilage or the skin of the nose, being an invasive surgery. In changing the shape of the nasal bone or cartilage, the surgeon can also use cartilage from the patient’s ear, ribs or other parts of the body, but also medical implants.

A very important aspect of rhinoplasty is that it should always take into consideration the patient’s facial characteristics so that in the end the result still feels natural-looking. For the end result, even changes of a few millimeters can have a huge impact on the way the “new” nose looks and in some cases, this may lead the patient and the surgeon to decide for a second surgery that can improve the nose even further.

A slim yet ‘glamourous’ figure is sought after in the world of K-Pop. For this reason, many female K-Pop idols want that Kpop breast look, choosing to opt for breast augmentation. Natural-looking and natural-feeling breasts are of the most important things for patients considering this surgery.

When choosing your surgeon, it’s essential to research their techniques, as well as the way they approach the assessment prior to the surgery. Like in any other plastic surgeries, breast augmentation should be done taking in consideration the patient’s physical and physiological characteristics, which is why some surgeons prefer not to choose a final size of the implants before the surgery, but rather decide while assessing the breast pocket (the interior of the breast) and how the pectoral muscles and breast tissues are placed.

At many Plastic Surgery clinics in Korea, the ‘HD Endoscopy’ is used to objectively assess the condition and measurements of the patients’ breasts, making sure that each patient attains a look that fits with their current body type.

Considered to be one of the riskiest reconstructive surgeries of them all, jaw surgery or orthognathic surgery has become very popular among K-pop idols. This surgery is a type of reconstruction surgery that initially was designed for people who have been victims of physical trauma. However, given the fact that this surgery can create the “perfect jaw line” or the V-line jaw, it rapidly became an elective type of surgery among Koreans who desire a more defined jaw line.

This procedure can help improve any facial asymmetry and is recommended to be done after the whole growth process stops – at 14-16 years old for females and at 17-21 years old for males. However, this type of surgery has multiple risks, from severe nerve damage to fracture of the jaw, dysfunction of the jaw, loss of a part of the bone and even death. 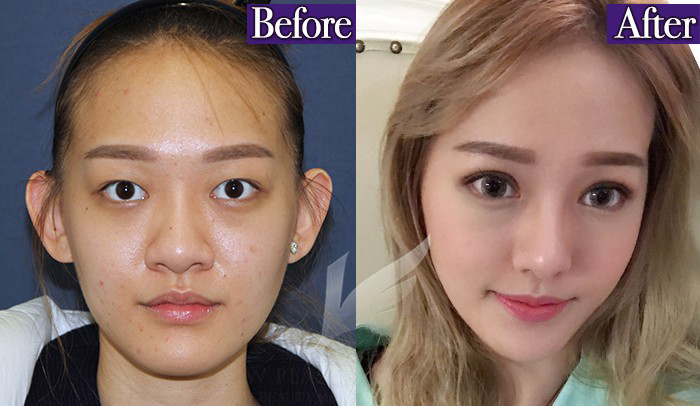 Always wondered how Korean celebrities manage to stay looking so youthful? ‘Glass skin’ and a ‘baby face’ are part of Korea’s beauty ideal, but achieving this look can take some effort!

There are many treatments that K-Pop idols use to keep their skin wrinkle, acne, and blemish free. These include Botox, fillers, laser-treatments, and more.

Bound to the Korean culture, “K-beauty” or the concept of “Korean beauty” refers to all the trends and tricks that make the Korean skin-care routine so popular. The Korean beauty and cosmetic industry is based on a few principles that allow the products to work with the skin’s own characteristics. In other words, these products are famously known for their clean ingredients that yield consistent and effective results. The Korean skin care regimen is built around the concept of prevention rather than intervention, the philosophy behind it being that once there is damage to the skin, it’s harder to get back to its former state.

As far as the Korean skin care routine goes, it consists of multiple steps, usually around 10:

Looking glass plastic surgery? – There isn’t such a thing as a particular plastic surgery that can give you a “glass skin”, but as we’ve seen, Koreans have a series of skin care tricks that help them achieve and maintain a healthy, clean skin.

Kpop idols with acne – even if the Korean skin care routine is focused on prevention rather than intervention, that doesn’t mean that Koreans do not experience skin issues; some Kpop stars with acne are Donghae (of Super Junior), Chanyeol and Xiumin (of EXO), Irene (of Red Velvet) and others.

Nothing more important than a beautiful smile! Another aspect that is essential to be perfect for K-pop idols is the teeth. Most of the idols report having had braces when they were younger to help straighten their teeth and achieve that perfect smile.

Dental braces are used to help with crowded or misaligned teeth. More recently, the invisible braces have taken over the world of orthodontics, being easier to wear from an aesthetic point of view. However, in the more dramatic cases of misalignment or jaw dysfunction (uneven bite for example), fixed braces are recommended, but modern technologies allow for these braces to be almost invisible.

The reason most people and even K-pop artists opt for getting dental braces from young ages is that the older you get, the longer you’ll need to wear them. Why? Because with age the teeth settle in a more precise position and the bone structure becomes fully developed, making it difficult (but not impossible) to readjust and realign the teeth in a straight position.

Besides the skin care routine involving different types of serums, lotions and creams and the multiple types of plastic surgeries available, Koreans are famously known for their special make-up techniques and products that help them achieve that ultimate baby face look.

Korean make-up is world renowned for the special tricks that can sometimes replace the outcome of a plastic surgery, creating perfect optical illusions or even physical changes using different materials. Here are some tricks that can help to achieve the perfect baby face Korean look:

Kpop and plastic surgery go hand in hand! In Korean culture, the phenomenon of plastic surgery (Kpop surgery) has become increasingly common given the social pressure to look a certain way. Korean Kpop plastic surgery is almost expected from the idols who don’t meet the physical criteria for being a true Korean star that can attract quite the fan base. As a consequence, Kpop idols plastic surgery means that most of the idols have had at least one intervention regarding their physique, ranging from dental braces when they were kids to Korean nose surgeries, celebrity eyelid surgery, breast augmentation or jaw line surgery right into adolescent years and adulthood.

It is clear by now that most of the Korean pop star plastic surgery cases are more likely cases of secret Kpop plastic surgery, the idols avoiding to officially state whether or not they have had plastic surgery done and if so, what exactly have they improved. 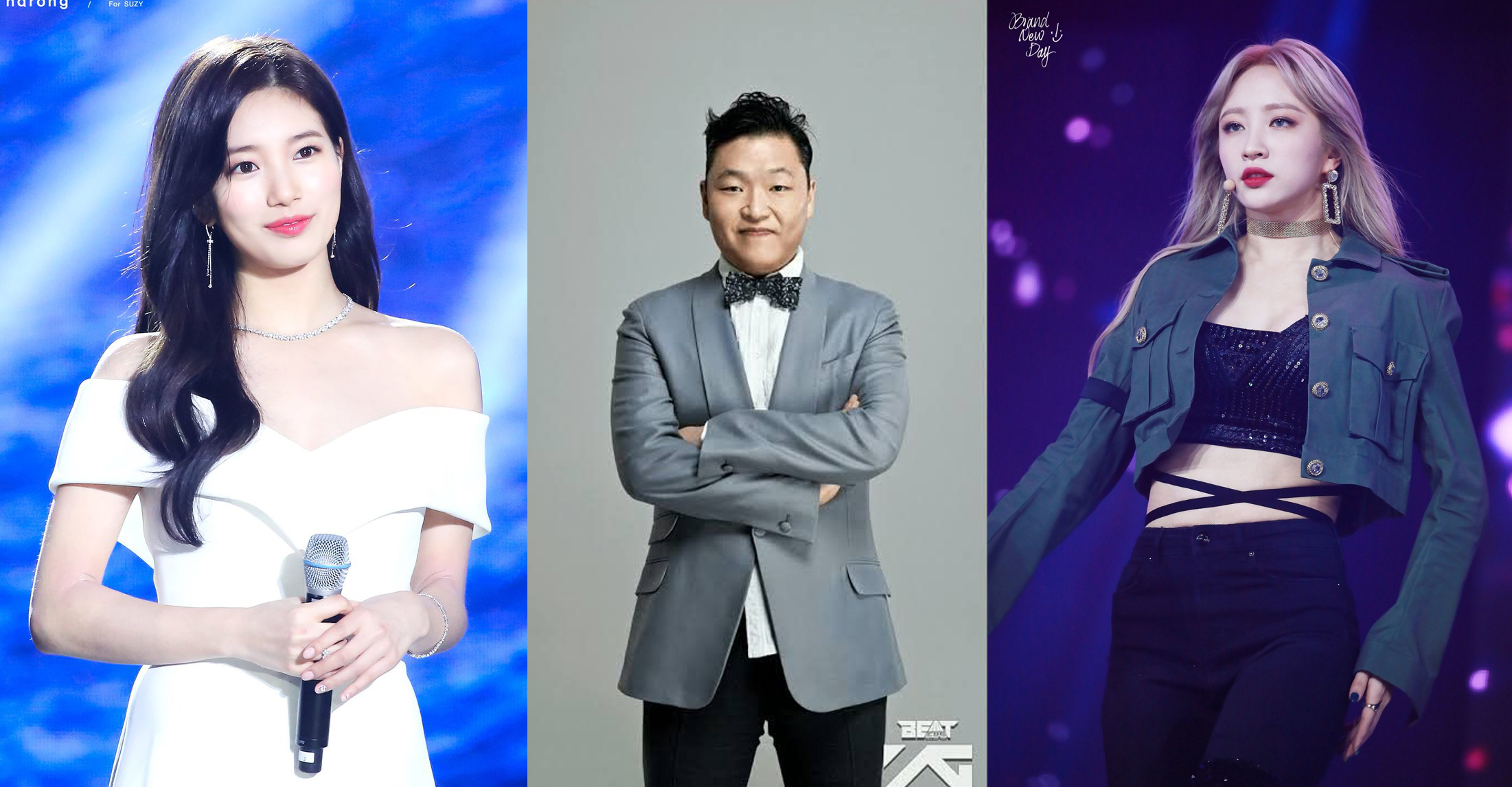 There is a big conversation regarding whether or not these Kpop stars really don’t have any plastic surgeries (given the Korean celebrities before and after plastic surgery photos that the fans put together). One reason for this might be the fact that due to their exclusive and very strict contracts with their record labels, they are not allowed to disclose such information about themselves to the general public. What’s interesting is that a number of Kpop artists have said during the years that sometimes the reason they get plastic surgery is because their management (the record label) specifically asked them to, in order to conform to the image they are trying to create for the idol. These are all controversies that keep the fans guessing while increasing their desire to look more like their favorite Kpop artists.

Korean celebrity plastic surgery before and after

Beside the fact that a Kpop artist can confirm or deny the rumors of Korean celebrity plastic surgery, one way to assess whether or not this is true is by digging up childhood photos of the idol or photos from their teen years and comparing the main facial features to the ones they exhibit in present times. This is the way the ever-growing fan base of Kpop idols comes to their rescue any time there are rumor circulating accusing a Kpop idol of plastic surgery.

Comparing Kpop plastic surgery before and after is another way of increasing the popularity of these procedures among the general population who are willing to do anything to look like their idols! One might ask themselves if Kpop plastic surgery has become an inseparable concept, making the industry of cosmetic and plastic surgery a thriving and successful one.

It is very difficult to say given the strict and confidential contracts they have with their management teams, but it is safe to say that in some cases the record labels pay the bills. As for the general population, Koreans are very open to the idea of getting plastic surgery in order to improve their physique, some of them being offered plastic surgery appointments by their own parents, when they become of age!

We’ve talked about the Korean idols who go under the knife for fame, but are there consequences to this culturally-bound image of beauty created by them? Certainly yes.

One consequence is on the brighter side – Kpop idols have become the standard for the general population when requesting an appointment with a plastic surgeon. In recent years, Korean celebrities such as Irene (of Red Velvet), Jennie (of BlackPink), Yoona (of Girls’ Generation), Suzy, Oh Yeon Seo and Jang Wonyoung (of IZ*ONE) have become the top six go-to for inspiration regarding the Korean beauty standards. Specifically, patients go into the doctor’s office with these idols’ photos requesting plastic surgery that will make them look similar to their favorite artists.

Another consequence, though, is on the darker side – fans that become so obsessed with the way their idols look that they go to extreme length to copy the exact same look. One famous case is the one of Oli London, the British man who has become obsessed with BTS’ Jimin. The young man has spent over 150.000 dollars on 18 plastic surgeries to change his appearance to resemble Jimin, he changed his name from Oli to Jimin and has stated that he now identifies as being Korean.

Plastic surgery in the famous world of K-pop has become increasingly present. Whether you want to make your eyes look bigger, your nose smaller or your jaw more defined, plastic surgery is the way to go. While the influential idols have set the beauty standards these days, the fan base is more and more willing to do what it takes to at least try and look similar to their favorite artists.