Should you take Creatine supplements? 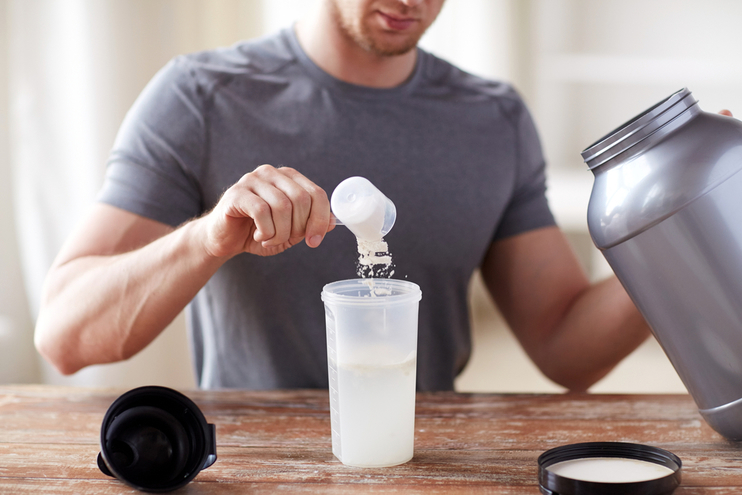 Chemically, creatine is defined as an organic compound having the nominal formula (H2N)(HN)CN(CH3)CH2CO2H, or simply C4H9N3O2.

Creatine is a natural substance that is used in the human body as a source of energy for muscle contraction. Approximately half of the required amount of substance comes from specific foods normally included in one’s diet, while the other half is produced by the liver, pancreas and kidneys. These organs are able to produce about one gram of creatine everyday. The human body converts creatine into phosphocreatine and stores about 95% of it in the muscles, where it is used for energy during physical activity. The other 5% consists of small amounts of substance found in the heart, brain or other tissues.

Because of its characteristics, many athletes eat more foods that contain creatine or opt for creatine supplements in order to improve their athletic performances and increase their strength, especially during intense short-duration sports such as weight lifting. Recent studies suggest that creatine’s properties are also useful in fighting certain illnesses that are strongly linked to muscle weakness, such as heart failure or muscular dystrophy.

What is creatine used for?

As mentioned above, creatine is considered to help athletes while performing high-intensity short-duration exercises. Studies have been made in laboratories and not in people actually playing certain sports. The results suggest that creatine works better for young people that are around twenty years old. Researchers believe that creatine is not effective for performances that require endurance.

Using creatine for athletic purposes tends to be controversial. The substance is not banned by the NCAA (National Collegiate Athletic Association) or the International Olympic Committee, yet they prohibit school members to give their athletes creatine or any other muscle-building supplements.

One of heart failure's symptoms is represented by easily getting tired while attempting to be physically active. A few studies have determined that creatine increases the amount of time people can exercise before becoming fatigued.

It is believed that creatine has the ability to help lower levels of triglycerides (fats inside the blood) and homocysteine (that is associated with heart disease: heart attack and stroke).

Even though there is no strong evidence to back this information up, some researchers believe that creatine may have anticancer characteristics.

Chronic obstructive pulmonary disease implies a set of diseases linked to airflow blockages and respiratory issues. Some of these diseases are emphysema and chronic bronchitis. Symptoms of COPD include shortness of breath, chest tightness, general lack of energy, unexpected weight loss, chronic cough that may also produce mucus, as well as recurring respiratory infections.

A study found that creatine is useful for people suffering from COPD, as it increases muscle mass, strength and endurance, improving their general health status.

Characterized by muscle weakness, muscular dystrophy refers to a group of muscular diseases caused by genetic mutations. As creatine is strongly connected to one’s muscles, people suffering from muscular dystrophy may have less of this substance in their cells.

As Parkinson’s disease decreases one’s muscular general fitness, taking creatine may positively affect their health condition by improving their exercise abilities and endurance. One study showed that it also improves patients’ moods, reducing their need for specific medication. Researchers are still debating on this, because other studies suggest that creatine and caffeine can worsen Parkinson’s disease.

Also known as Lou Gehrig’s disease is a progressive neuromuscular disease resulting in a set of symptoms, including cramping of muscles, loss of motor control of the hands and arms and impairment in their usage, as well as persistent fatigue. Creatine is considered helpful in ALS as it apparently slows the progression of the disease.`

What types of athletic performances can creatine improve? 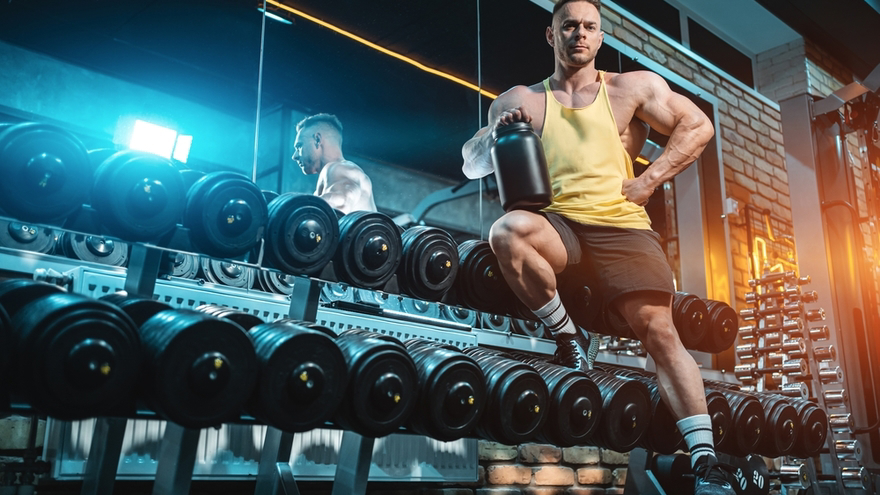 As mentioned before, one of creatine’s main uses is helping athletes increase their strength levels during short-duration high-intensity exercises. Many sports require sudden bursts of activity. Some of these include:

What are dietary sources of creatine?

As previously mentioned, about half of the required amount of creatine is supposed to come from dietary plans. The foods that contain large amounts of creatine include red meat and fish, especially herring, salmon and tuna. It can also be found in milk and seafood.

In typical omnivorous or carnivorous diets, people consume one to two grams of creatine every day. Since animal products are the primary dietary source of this substance, vegans and vegetarians usually have lower levels of creatine in their bodies. Both people that want an increased amount of creatine for specific reasons and people that don’t get enough of it from their diet can opt for creatine supplements. A study regarding vegetarians that take creatine supplements indicated a 20 to 50% improvement in memory and intelligence rates. Moreover, vegetarians are more likely to see greater gains from taking the supplements, yet it may take a longer amount of time to build up levels in the muscles. 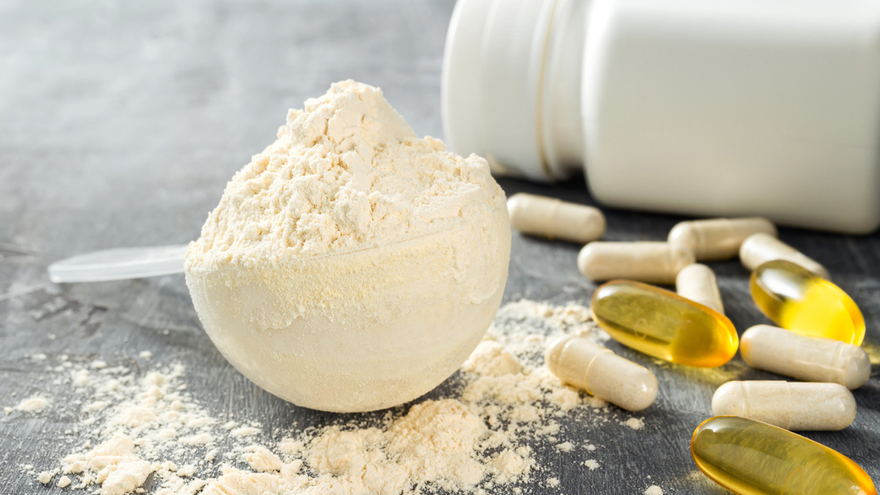 Even though the main type of creatine supplements remains the powder form, there are several other options available on the market. These include liquids, capsules, tablets, energy bars and fruit-flavored chews, as well as other preparations.

Most people decide to take creatine supplements in order to improve their workout routine and recovery, as the supplements create a quick burst of energy and increased strength. Male athletes that are involved in power sports (football, wrestling, powerlifting, and others) are more likely to take creatine. Creatine benefits have been studied in both men and women, yet women who take these supplements may not see results as intense as men during training.

What are the six types of creatine?

What are the benefits of taking creatine?

Creatine is the world’s most effective supplement for muscle building and strength. It involves a wide variety of health benefits. Some of these are:

How to take creatine supplements?

There are many brands that produce and commercialize creatine supplement products. They are all available over-the-counter, without requiring a medical prescription. They can be found at most vitamin, drug and grocery stores and they can also be ordered online.

Consulting a healthcare professional is the best option for deciding the appropriate quantity of creatine supplements one’s supposed to consume. Typically the recommended dose for adults that are at least 19 years old is 5 grams of creatine monohydrate four times a day, adding up to a total of 20 grams daily. As it is a high amount of substance, this should only happen for a few days. The maintenance dose in exercise performance remains 2 grams per day. Another recommendation is taking creatine with carbohydrates such as fruits and juices in order for the body to absorb the substance better.

These supplements are not recommended for children and teenagers.

The safety of creatine supplements has been researched for more than two hundred years and most studies support that it is one of the cheapest and safest supplements available on the market. No severe creatine side effects have been discovered in healthy people.

Are there side effects of taking creatine? 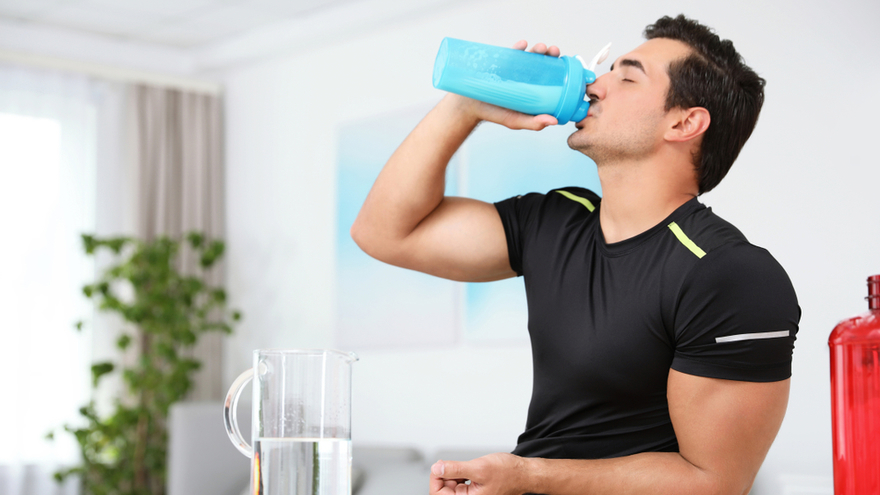 Even though creatine appears generally safe with few and not dangerous side effects, it is important to remember a few aspects.

Firstly, high doses of supplements may stop the human body from producing its own creatine. As described above, 50% of the substance inside the body is produced by the pancreas, liver and kidneys.

Secondly, various side symptoms have been discovered. These include muscle cramps, stomach issues including diarrhea, liver dysfunction, kidney damage, and dizziness. Additionally, weight gain may also be a factor due to the water retention in the muscles.

These usually occur when other health issues are involved or the dosage of creatine supplements is way too high. The International Society of Sports Nutrition confirms that there is no scientific evidence to support that short or long-term usage of creatine monohydrate leads to any harmful complications on healthy individuals. It is important to remember that people suffering from kidney disease, high blood pressure or liver disease shouldn’t take creatine.

There are many theories about the side effects of taking creatine, yet none of them are supported by real evidence. For example, some medical professionals believe that creatine may cause irregularities in the heartbeat. Other theories link creatine to the development of rhabdomyolysis or compartment syndrome.

Creatine hair loss is another indirect side effect that could occur both in men and women taking creatine supplements due to its capacity of increasing DHT (dihydrotestosterone) levels, which can further be transformed into testosterone.  Although this might be an indirect pathway of causing hair loss, it is not supported by large evidence.

Not enough information is provided regarding women taking creatine supplements while being pregnant or nursing, yet no studies have proven that it is not safe. Researchers are still studying this topic in order to fully understand how creatine affects certain organs.

However, it is important to acknowledge that the U.S. Food and Drugs Administration (FDA) doesn’t regulate nutritional supplements, meaning that creatine products are not checked for their safety and purity standards and individual brands are allowed to modify certain aspects such as quantity, quality and additional components.

To sum it all up, it is recommended to consult a healthcare provider before deciding to take creatine supplements in order to exclude any risks and complications, especially when one is being treated using one of the following medications.

What are possible interactions? 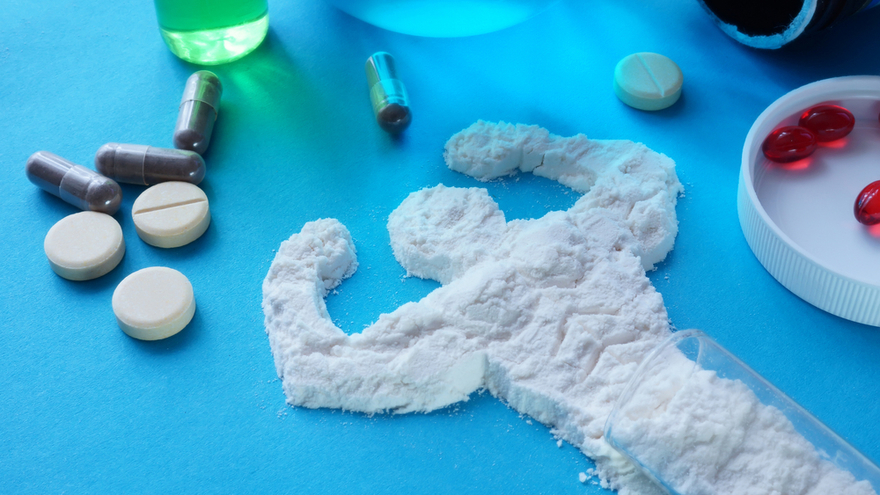 Considering all the information described previously, a general conclusion would state that creatine is an effective supplement that has powerful benefits for athletic performances and overall health. Other than improving physical activity, some of its advantages include boosting brain function, fighting specific neurological diseases and being a facility for muscle growth.

Creatine supplements come in multiple available forms, the most common one being creatine monohydrate powder. It is considered to be generally safe, as there’s too little information regarding its side effects and none of the theories are supported by strong evidence. Athletes playing certain sports usually feel the need of a supplementation with creatine products in order to enhance their strength, endurance and improve certain skills during their athletic performances.

As with any other dietary supplement, it is important to consult a specialist before deciding to take creatine supplements, as certain medical conditions and prescribed medication may strongly influence the way this substance affects the human body and its general abilities.