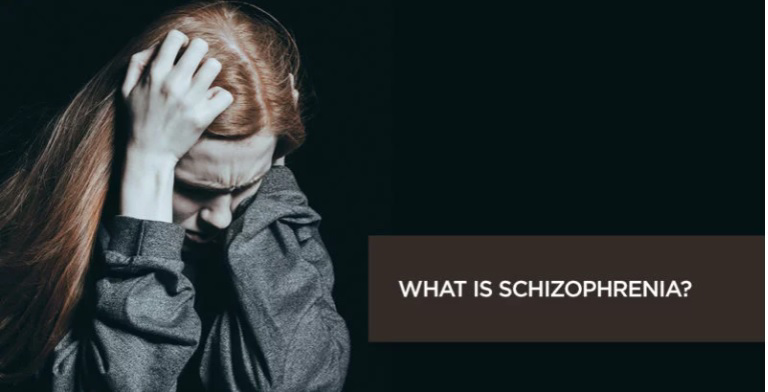 Schizophrenia is a psychiatric disorder that is quite common in India. In this disorder, the affected people interpret reality abnormally. Schizophrenia causes a combination of hallucinations, delusions, and extremely disordered thinking and behaviour that impairs normal life.

Research is extensively being carried out to find treatments for Schizophrenia. Experts are trying to unravel the causes of the disorder through the study of genetics and behavioural research and the use of imaging technology. These advanced approaches promise new and better therapies to help schizophrenic patients. 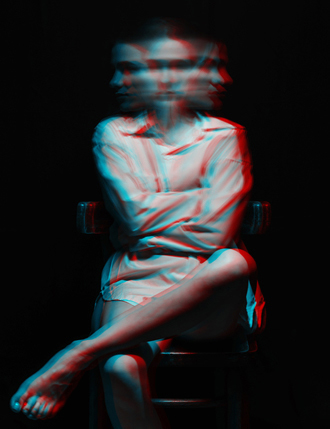 Schizophrenia is a functional psychotic condition marked by delusional beliefs, hallucinations, and disruptions in cognition, perception, and behavior. It was initially coined by Eugen Bleuler in 1908 and is derived from the Greek words'schizo' (splitting) and 'phren' (mind). Positive symptoms, such as hallucinations, delusions, and formal thinking problems, and negative symptoms, such as anhedonia, poor speech, and lack of desire, have traditionally been separated into two groups.

The diagnosis of schizophrenia is obtained after acquiring a complete psychiatric history and ruling out other possible causes of psychosis. Complications during labor and delivery, severe maternal malnutrition, maternal influenza during pregnancy, family history, childhood trauma, social isolation, cannabis usage, minority ethnicity, and urbanization are all risk factors.

The etiology and pathophysiological processes are not fully known because to its relative complexity and heterogeneity. Despite its modest frequency, schizophrenia has a huge worldwide impact. Over half of the patients have major psychological and medical co-morbidities, making it one of the top causes of disability globally. The diagnosis is linked to a 20% drop in life expectancy, with suicide accounting for up to 40% of deaths.

Though the disease's frequency varies throughout the world, estimates suggest that it affects around 1% of individuals worldwide, with prevalence ranging from 0.6 to 1.9 percent in the United States. Men are somewhat more likely than women to be diagnosed and experience symptoms early, while African-Caribbean migrants and their descendants have a greater frequency.

Some important terms are commonly used while discussing Schizophrenia. These are:

What are the risk factors associated with Schizophrenia?

Several studies postulate that the development of schizophrenia results from abnormalities in multiple neurotransmitters, such as dopaminergic, serotonergic, and alpha-adrenergic hyperactivity or glutaminergic and GABA hypoactivity. Genetics also plays a fundamental role - there is a 46% concordance rate in monozygotic twins and a 40% risk of developing schizophrenia if both parents are affected.

The gene neuregulin (NGR1), which is involved in glutamate signaling and brain development, has been implicated, alongside dysbindin (DTNBP1), which helps glutamate release, and catecholamine O-methyl transferase (COMT) polymorphism, which regulates dopamine function.

As aforementioned, there are also several environmental factors associated with an enhanced risk of developing the disease:

The incidence is also up to ten times greater in children of African and Caribbean migrants compared to whites, according to a study conducted in Britain. The association between cannabis use and psychosis has been widely studied, with recent longitudinal studies suggesting a 40% increased risk, while also suggesting a dose-effect relationship between the use of the drug and the risk of developing schizophrenia. 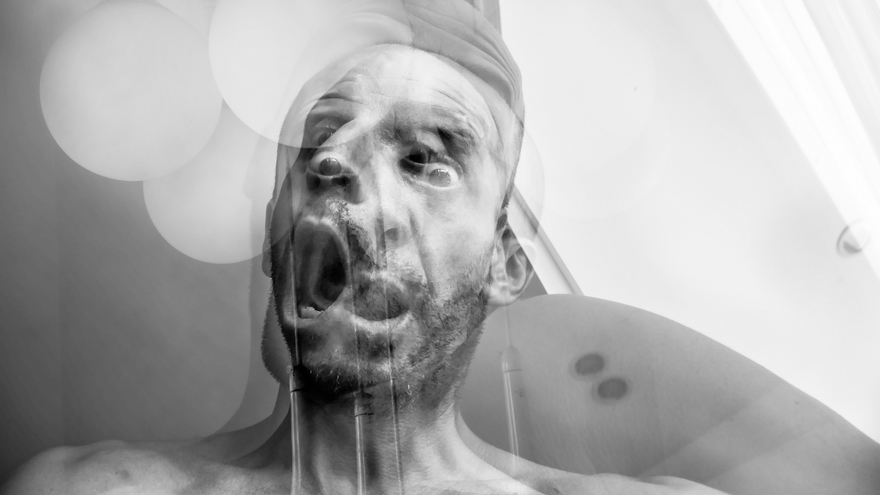 There are three basic ideas on how schizophrenia develops. The neurochemical abnormality theory claims that the disease's mental symptoms are caused by an imbalance of dopamine, serotonin, glutamate, and GABA. Four major dopaminergic pathways are thought to be implicated in the development of schizophrenia.

The positive symptoms of the condition are attributed to excessive D2 receptor activation via the mesolimbic route, whereas low levels of dopamine in the nigrostriatal pathway are thought to generate motor symptoms via their influence on the extrapyramidal system.

Evidence of NMDA receptor antagonists exacerbating positive and negative symptoms in schizophrenia suggests a role for glutaminergic hypoactivity, whereas serotonergic hyperactivity has also been linked to schizophrenia development.

There are additional suggestions that schizophrenia is a neurodevelopmental condition, based on anomalies in the brain structure, the absence of gliosis, which suggests in utero alterations, and the finding that patients' motor and cognitive deficits occur before the commencement of the illness.

The disconnect theory, on the other hand, focuses on neuroanatomical abnormalities identified in PET (Positron emission tomography)  and fMRI (functional magnetic resonance imaging) studies. In schizophrenia, there is a decrease in grey matter volume not only in the temporal but also in the parietal lobes. Differences in the frontal lobes and hippocampus are also seen, perhaps contributing to the disease's cognitive and memory problems.

What are the symptoms of Schizophrenia?

In its active state, the disease can be characterized by phases where the sufferer cannot discern between real and unreal situations. Similar to any other ailment, Schizophrenia can also have varied duration, severity, and frequency of symptoms. Though, in schizophrenic people, the severity of symptoms reduces with age. Some conditions like not taking medicines regularly, alcohol or drug use, and stressful conditions can increase the psychotic symptoms. Symptoms of this mental disorder can be classified as follows:

Cognitive functions are also affected due to Schizophrenia. This causes problems with different brain functions, like attention, focus, and memory, and adds to declining career performance.

Symptoms for the disorder might start appearing in teenagers. A person should have persisting symptoms for at least six months to get diagnosed. Troubled relationships, poor school performance, and lack of motivation are some early signs of Schizophrenia. Usually, men start showing symptoms earlier than women.

Before the diagnosis of Schizophrenia, a psychiatrist conducts a medical examination to secure a history of substance misuse and neurological or medical illness, if any. These are done to rule out other conditions that mimic the symptoms of Schizophrenia. 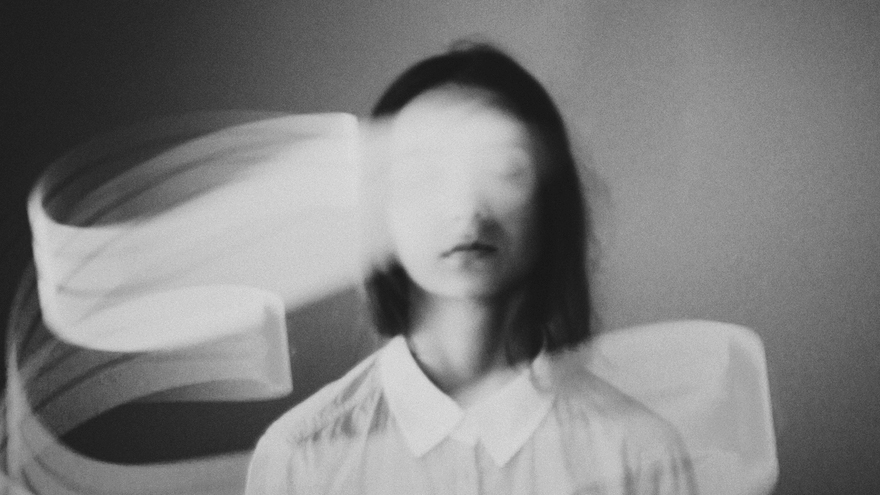 Following a complete psychiatric history, a thorough systems review and mental state assessment is required, which includes assessing appearance, behavior, mood, speech, cognition, and insight, as well as detecting signs of perceptual delusions or formal thinking disorders. Despite the fact that schizophrenia is essentially a clinical diagnosis, particular laboratory and radiographic examinations can help rule out other possible causes:

The diagnostic criteria for schizophrenia differ slightly depending on the categorization system employed.

Two or more of the following symptoms must be present for a significant portion of time during a one-month period:

There must also be social/occupational dysfunction, as well as evidence of disruption that last at least six months, with at least one month of symptoms.

The patient must exhibit at least one of the following, for a period greater than or equal to a month:

Or, at least two of the following symptoms must be observed, for a period greater than or equal to a month:

What is the treatment for Schizophrenia? 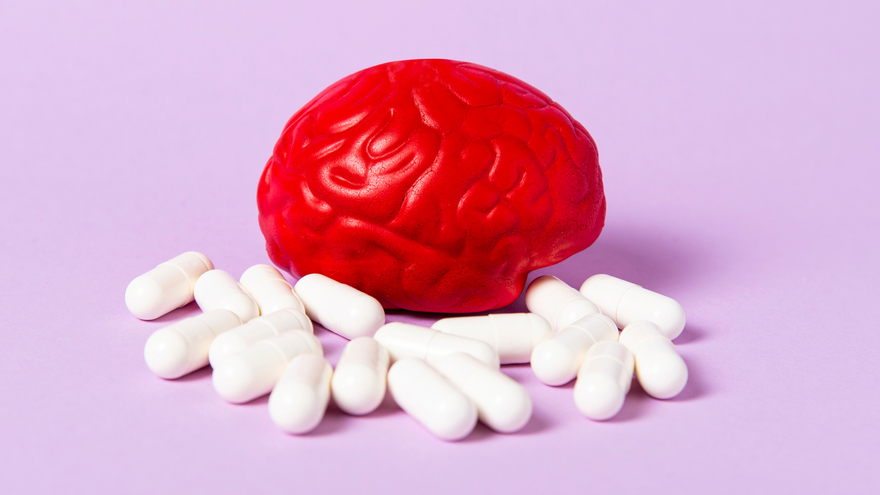 An oral second-generation antipsychotic (SGA) such as aripiprazole, olanzapine, risperidone, quetiapine, asenapine, lurasidone, sertindole, ziprasidone, brexpiprazole, molindone, iloperidone, and others is suggested for the first treatment of acute psychosis. If clinically indicated, it may be used in conjunction with a benzodiazepine such as diazepam, clonazepam, or lorazepam to treat non-acute anxiety and behavioral disorders. Trifluoperazine, fluphenazine, haloperidol, pimozide, sulpiride, flupentixol, chlorpromazine, and other first-generation antipsychotics (FGA) are not typically used as first-line antipsychotics, although they can be.

Switching to a depot formulation such aripiprazole, paliperidone, zuclopenthixol, fluphenazine, haloperidol, pipotiazine, or risperidone after the acute phase is under control is suggested since it improves medication adherence and compliance, improving outcomes and reducing relapses.

Cognitive behavioral therapy (CBT) and the use of art and theater treatments can help to alleviate illness symptoms, increase insight, and avoid relapse.

Clozapine is used if there has been a poor response to at least two different antipsychotics, and it requires weekly blood tests for six months, biweekly for six months, and then every four weeks to check white blood cell count because of the risk of agranulocytosis.

Prophylaxis and reintegration back into society are critical concerns during the maintenance phase, as is determining the minimal effective dose of antipsychotics. Up to 30% of patients have post-schizophrenic depression; if this is the case, try lowering the antipsychotic dosage, treating with antidepressants or anxiolytics, or switching to a second-generation antipsychotic.

Patients with schizophrenia are prone to drug addiction, which can increase both positive and negative symptoms; as a result, psychosocial and pharmaceutical therapies should be employed to address the problem. Clozapine may be prescribed for people who have a long history of drug abuse.

The treatment of those who have been recognized as having a psychotic condition is debatable. Treatment of co-existing illnesses, as well as individual CBT and family intervention, is recommended, despite the lack of long-term evidence of its usefulness in avoiding or lowering the severity of psychotic episodes.

Psychological treatments are also available to reduce symptoms. These methods include cognitive behavioral therapy or supportive psychotherapy, which help enhance the function of the patients. Other treatments aimed at improving the lives of the patients have also been developed.

What are the other conditions related to Schizophrenia?

There are a few other related conditions to Schizophrenia:

Rehabilitation and life with Schizophrenia 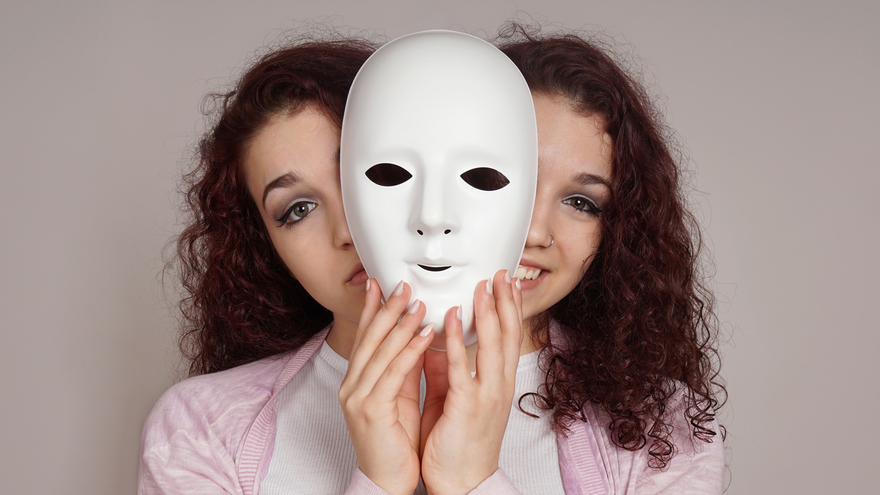 Schizophrenia is not curable but can be controlled with the help of therapy. Most people who have Schizophrenia live comfortable lives and do well, whereas others might continue to show symptoms and need support and assistance.

Once the symptoms of Schizophrenia are under control, various therapy sessions can help manage the illness and improve lives. Psychological support and therapy can help people develop social skills for their future lives.

As Schizophrenia develops in early adulthood, it is highly likely that rehabilitation can help individuals develop the required skills to lead a successful life. These programs also prove helpful in finding jobs.

Suicidal thoughts and behaviors are common in schizophrenic people. If a loved one is likely to attempt suicide or has already attempted, then ensure that somebody stays with that individual.

For people living in a family with someone who has Schizophrenia, it is important to maintain their own physical and mental health. Family members must be aware of and informed about different support groups. Optimism is very important for the patient as well as the family members. A doctor must understand the patient’s strengths and utilize them in every way possible. 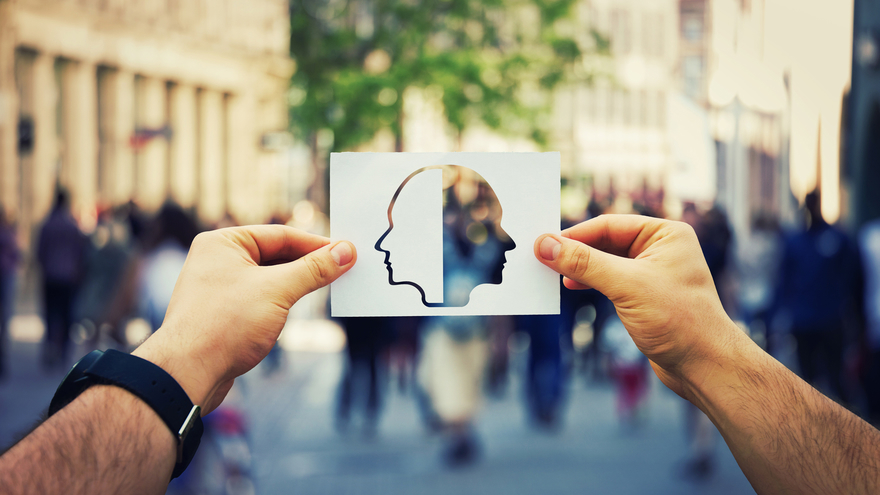 The prognosis for schizophrenia is determined by various factors. Insidious onset, childhood or teenage onset, poor premorbid adjustment, and cognitive impairment all point to a bad prognosis, but acute onset, female sex, and residing in a developed nation all point to a better prognosis. In schizophrenia, however, suicide is the leading cause of mortality, with two-thirds of patients having at least one episode of suicidal thoughts.

Delusional beliefs, hallucinations, and disruptions in thinking, perception, and behavior define schizophrenia, a functional psychotic illness. Positive symptoms, such as hallucinations, delusions, and formal thinking problems, and negative symptoms, such as anhedonia, poor speech, and lack of desire, have traditionally been separated into two groups.

The diagnosis of schizophrenia is obtained after acquiring a complete psychiatric history and ruling out other possible causes of psychosis. Complications during labor and delivery, severe maternal malnutrition, maternal influenza during pregnancy, family history, childhood trauma, social isolation, cannabis usage, minority ethnicity, and urbanization are all risk factors. The etiology and pathophysiological processes are not fully known because to its relative complexity and heterogeneity.

Despite its modest frequency, schizophrenia has a huge worldwide impact. Over half of the patients have major psychological and medical co-morbidities, making it one of the top causes of disability globally. The diagnosis is linked to a 20% drop in life expectancy, with suicide accounting for up to 40% of deaths.