Why COVID-19 is more dangerous in patients with obesity, even if they’re young 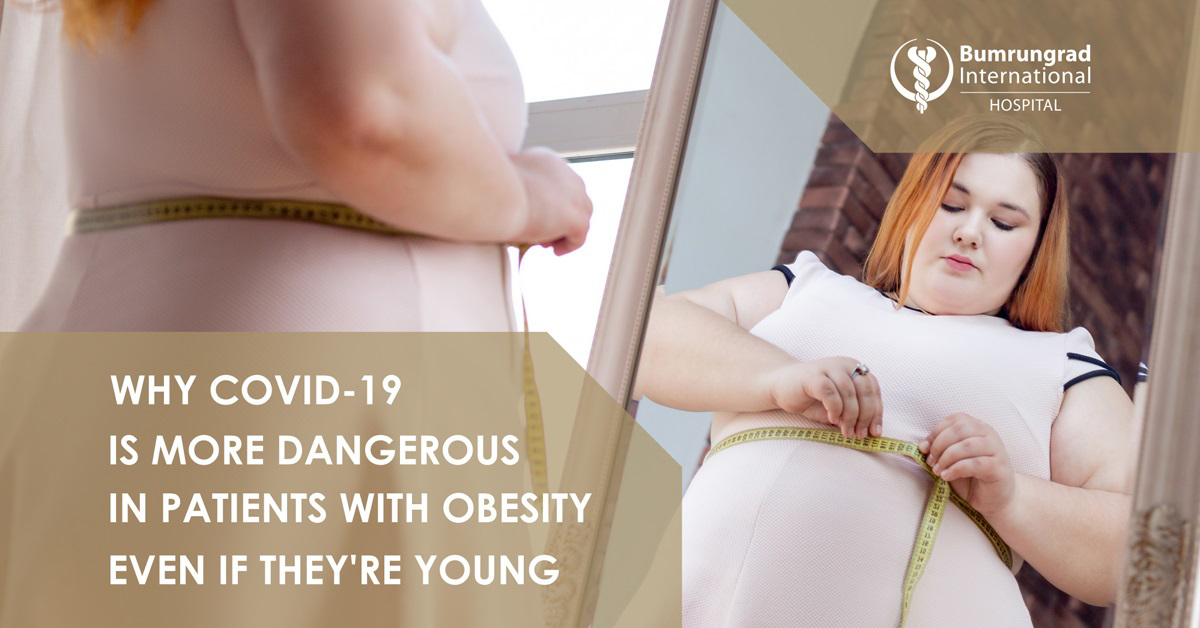 The evidence is clear that obesity is a risk factor for severe COVID-19 disease and death.

An American study from the University of North Carolina has shown that having a BMI [body mass index] over 30 - the threshold that defines obesity - increases the risk of being admitted to hospital with COVID-19 by 113%, of being admitted to intensive care by 74%, and of dying by 48%. Public Health England reported similar numbers for mortality, with the risk of death from covid-19 increasing by 90% in people with a BMI over 40.

But why is this?

These grim numbers are due to a combination of physiological and social factors. The biology of obesity includes a weakened immune system, chronic inflammation and a tendency to form blood clots, all of which can worsen COVID-19. Also, because obesity is stigmatized, patients with obesity may avoid medical care.
Patients with obesity are more likely than people with normal weight to have other conditions that are independent risk factors for severe COVID-19, including lung disease, heart disease, chronic kidney disease, and diabetes. They are also prone to metabolic syndrome, in which blood sugar, fat levels, or both are unhealthy, and high blood pressure.

However, on its own, BMI remains a strong independent risk factor for severe COVID-19, according to several studies that adjusted for age, sex, and social class, diabetes, and heart conditions. A study from Tulane University of 287 hospitalized COVID-19 patients found that metabolic syndrome itself substantially increased the risks of ICU admission, ventilation, and death. 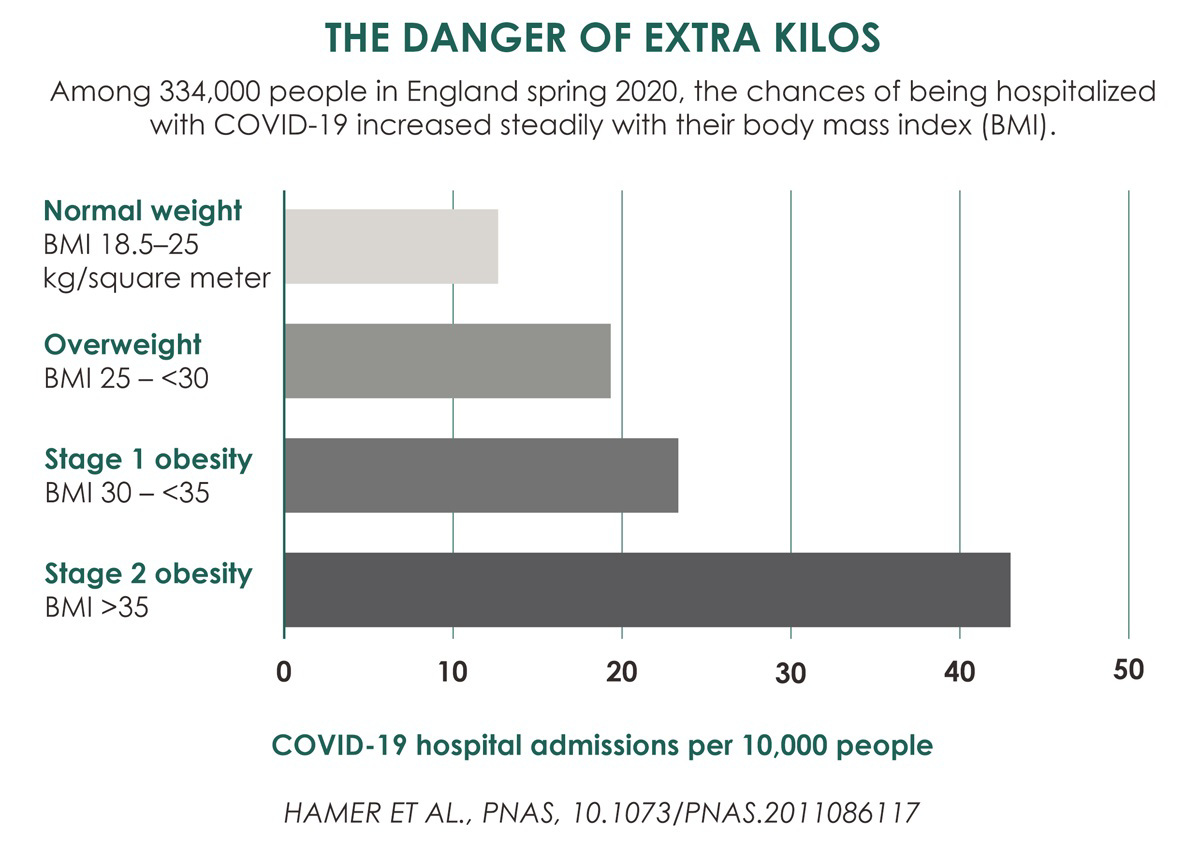 The physical pathologies that make patients with obesity vulnerable to severe COVID-19 begin with mechanics: abdominal fat is pushed up onto the diaphragm, forcing this large muscle, which is located under the chest cavity, to act on the lungs and restrict air flow. This reduced lung volume leads to a collapse of the airways in the lower lobes of the lungs, where more blood is supplied for oxygenation than in the upper lobes.

These mechanical problems are combined with other problems as well. First, the these patients with obesity have an increased tendency to form blood clot, a particularly serious risk during infection, which in severe form itself thickens the small vessels of the lungs.

Nutritional scientists say that immunity also diminishes in patients with obesity, in part because fat cells infiltrate organs that make and store immune cells, such as the spleen, bone marrow, and thymus. People lose immune tissue in exchange for fatty tissue, which makes the immune system less effective at fighting infections or responding to a vaccine.

The problem is not only fewer immune cells, research into the response of obese mice to the influenza virus showed that key immune T-cells do not work as well in obesity. They produce fewer molecules that help destroy virus-infected cells, and the body of memory T-cells left over from infection, which is the key to neutralizing future attacks from the same virus, is smaller than in healthy weight mice. Scientists suggest the same cascade happens to humans. 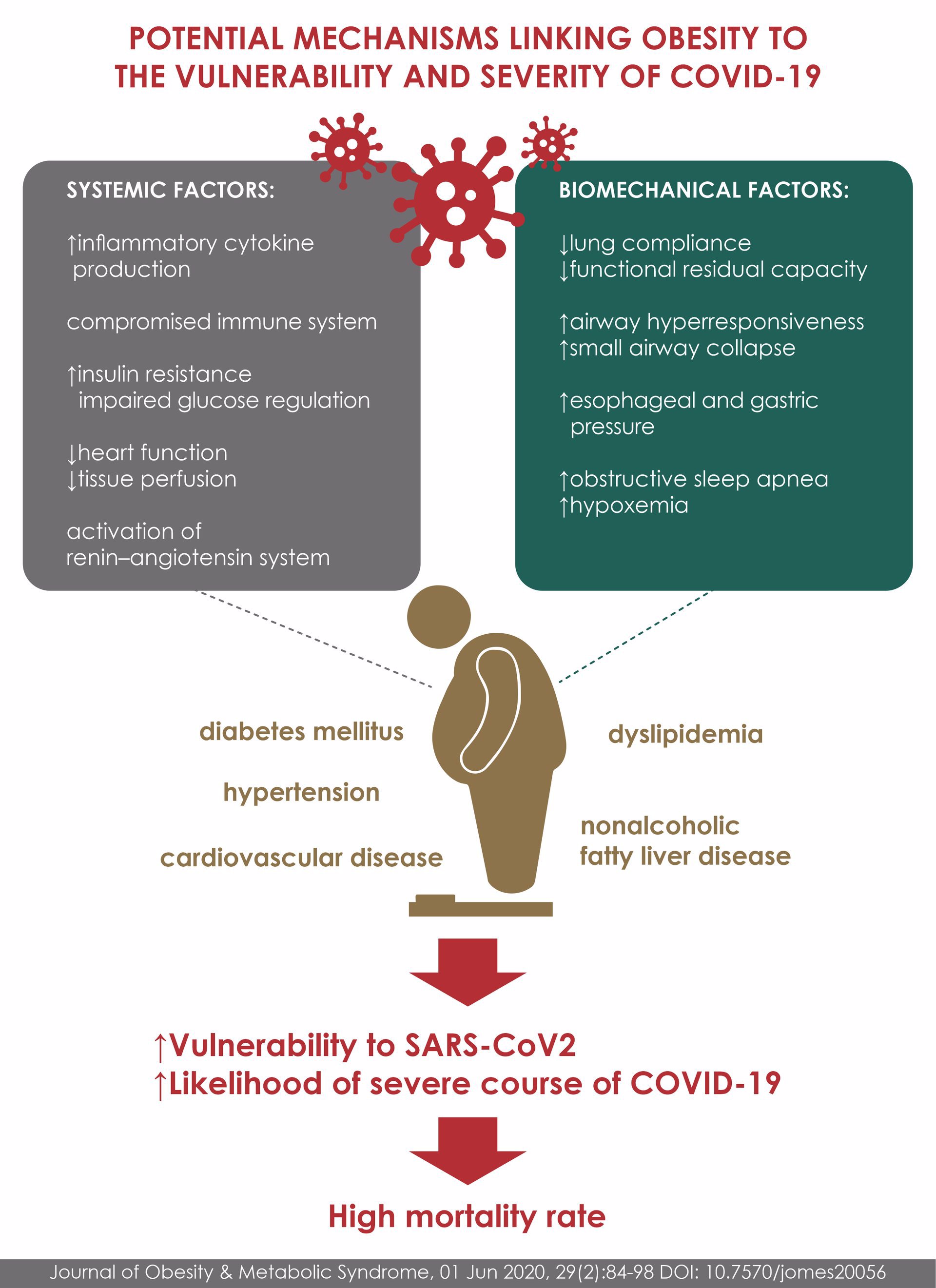 In addition, researchers show that patients with obesity may delay seeking medical help for fear of stigmatization, which increases the likelihood of serious illness or death.

In conclusion, it is clear that COVID-19 is more dangerous in patients with obesity. Thus, they should be extra careful not to get sick. Losing weight is likely to have a disproportionate benefit in terms of how well you deal with infections.

Making the choice of healthier foods and regular physical activity is the easiest way to lose weight and prevent obesity. However, in some cases medical treatment such as endoscopic sleeve gastroplasty (ESG) is highly suggested. ESG is a novel technique derived from a prior surgical technique called laparoscopic sleeve gastrectomy (LSG), is less invasive, and offers favorable weight reduction outcomes. ESG has gained its popularity because of its incisionless fashion, faster recovery, and lower rates of complications and new-onset acid reflux, compared to LSG.