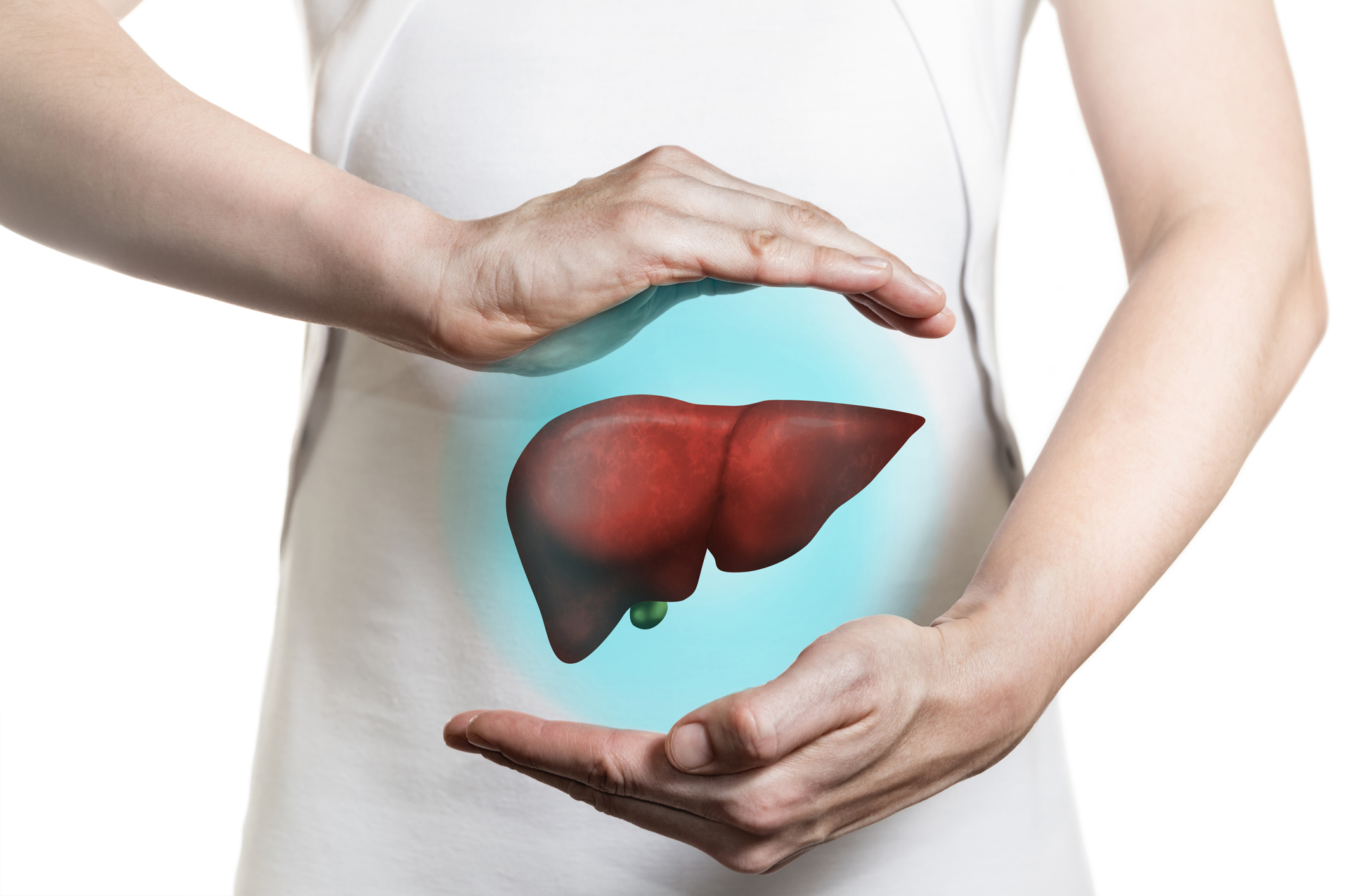 What is ABO-incompatible Liver Transplantation?

The number of liver transplants done each year has steadily increased, owing primarily to the great growth in the number of living donor liver transplants. Despite the recent significant rise in deceased donor numbers, however, liver transplantation is unable to keep up with the growing length of the waitlist. As a result, increasing the number of liver donors has always been a serious challenge. In the world, the possibility for growing the deceased donor pool appears to be modest, while growing the living donor pool is often hampered by insurmountable moral and donor safety difficulties. As a result, using ABO-incompatible donors is an appealing option for the organ shortage because it does not increase donor risk while yet having the potential to be very beneficial. However, due to early failures, the broad use of ABO-incompatible liver transplantation has been hampered by big worries about recipient prognosis. Since the advent of the monoclonal antibody (anti-CD20) rituximab, ABO-incompatible organ transplantation has experienced a significant paradigm change. Because of numerous innovative desensitization techniques, survival outcomes have been comparable to those of ABO-compatible transplantation. 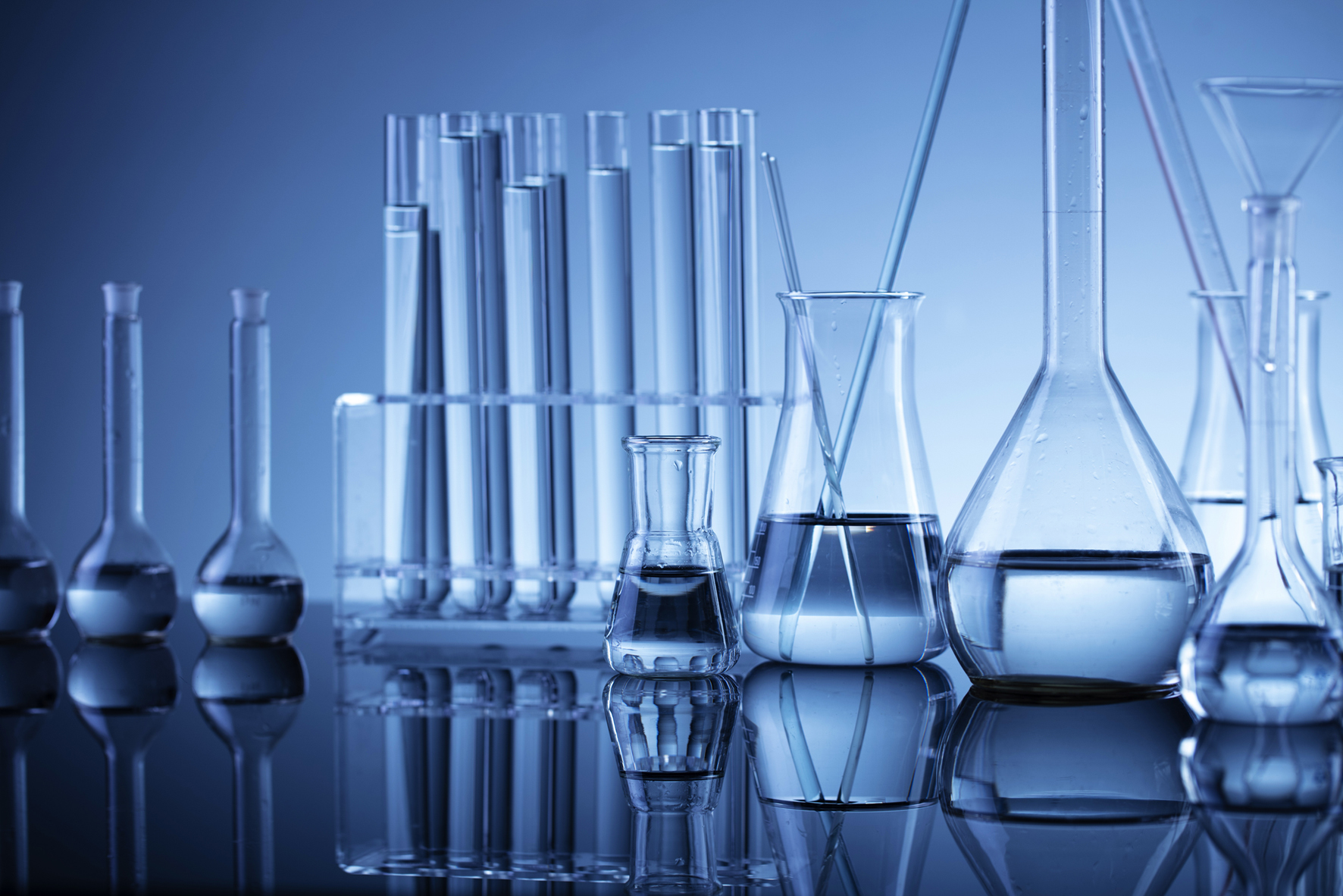 Preformed isoagglutinin (IA) causes damage to ABO-incompatible liver implants, which is exacerbated by B-cell amplification triggered by ABO proteins in the donor tissue. The endothelial cells lining the graft blood vessels and the epithelial cells that line the bile duct are the primary targets. Graft infarction, severe cholestasis, and, eventually, transplant failure arise from the bile duct constrictions and vascular thrombosis that result. Hemorrhagic necrosis with disseminated intravascular coagulation (DIC) within the graft characterizes the histology of antibody-mediated rejection, demonstrating single organ DIC. Periportal congestion and necrosis seem to be histopathological indicators of the early stages of severe body immune rejection, according to Haga et al., All grafts with periportal congestion and necrosis developed extensive parenchymal or biliary destruction, according to that research. Immunofluorescent labeling with anti-C4d may aid to improve the histopathological identification of antibody-mediated rejection.

Excluding the DSZ regimen, there is no difference in immunosuppressive therapy between ABO-incompatible and ABO-compatible live donor liver transplantation. Several alternative DSZ protocols have been utilized in ABO-incompatible live donor liver transplantation to try to prevent isoagglutinin-mediated graft damage. The following are the three major objectives of these protocols: 1) reduction of isoagglutinin titer prior to transplant, 2) reduction of local inflammation and 3) suppression of B-cell activity.

In DSZ, total plasma exchange (TPE) is the most common approach for lowering isoagglutinin titer. Each session lasts 3-4 hours and involves fresh frozen blood type AB plasma. 1.5 plasma volumes can be filtered in a single TPE session. This method is utilized to diminish increased isoagglutinin titers both before and after transplantation. Oversensitivity, citrate toxicity, hemodynamic load, and limited efficiency and selectivity are among the downsides of TPE. To solve the limitations of TPE, a Japanese team created double-filtration plasmapheresis, which allows for the selective extraction of the immunoglobulin-containing plasma fraction. Plasma separator and fractionator are the two systems that make up this system. It is possible to prevent removing clotting components, and just a modest amount of replacement fluid is required. Outside of Japan, however, double-filtration plasmapheresis is rarely used.

Glycorex Transplantation AB, Lund, Sweden, has recently introduced a selective technique using antigen-specific immunoadsorption with immunosorbent columns (GlycoSorb ABO). It makes use of a standard plasmapheresis system with GlycoSorb ABO immunosorbent columns that specifically deplete anti-A and anti-B isoagglutinin. It was created in order to reduce TPE-related adverse effects and morbidity. It's been utilized a lot in ABO-incompatible kidney transplants, but just a few times in ABO-incompatible liver transplants.

Direct infusion of anti-inflammatory drugs such as prostaglandin E1 and methylprednisolone through a portal vein or hepatic artery catheter was a creative method of improving overall survival in ABO-incompatible live donor liver transplantation based on an understanding of the pathophysiologic mechanism of antibody-mediated rejection, i.e., local disseminated intravascular coagulopathy. It was formerly thought to be a necessary part of the DSZ protocol. However, with the widespread use of rituximab to avoid antibody-mediated rejection, some have questioned the utility of local graft infusion therapy (LGIT). This is due to the fact that LGIT does not prevent antibody-mediated rejection.  In fact, the procedure frequently results in problems like hemorrhage and vascular thrombosis. LGIT-related problems were documented in about 20 percent of patients. Portal vein thrombosis is the most common LGIT-related consequence in cases of portal vein infusion. In addition, catheter displacement frequently results in intra-abdominal hemorrhage.

To avoid a post-transplant comeback surge in isoagglutinin, B-cell function must be suppressed surgically or pharmacologically. As a result, splenectomy was once thought to be a necessary part of a successful DSZ protocol. However, the effect of splenectomy on B-cell suppression varies, and splenectomy is usually associated with the risk of hemorrhage, portal vein thrombosis, or pancreatic fistula, among other complications. Furthermore, rituximab has been shown to totally replace the role of splenectomy; the Kyoto group found that splenectomy has no immunological advantage in ABO-incompatible live donor liver transplantation.

The CD20 antigen is recognized by Rituximab, a hybrid murine/human monoclonal antibody. Its specific mode of action remains unknown. Complement-dependent death, antibody-dependent cellular destruction, and apoptosis activation have all been hypothesized as strategies for eliminating B cells. With the exception of stem cells and plasma cells, rituximab can decrease all phases of B lymphocyte maturation. Patients with B-cell lymphoma have been the subjects of the bulk of pharmacokinetic and pharmacodynamic research. The mean serum half-life was 60 hours after the first administration and 175 hours after the fourth administration in 9 individuals who received 375 mg/m2 rituximab as an intravenous infusion in four doses. However, there is no pharmacokinetic or pharmacodynamic information on rituximab in patients with advanced liver impairment. As a result, we don't understand how much, how often, or when rituximab should be given to patients who are undergoing ABO-incompatible liver transplantation.

The timing, frequency of doses, and maximum dose did not alter patient survival or the occurrence of antibody-mediated rejection. Several doses of rituximab and additions to the DSZ regimen such as splenectomy or LGIT increased the incidence of fungal and CMV infection, and the standard rituximab dose of 375 mg/BSA had an adverse effect on the rate of infection when compared to a lower dose. In ABO-incompatible liver transplantation, an agreement on rituximab dosage, frequency, and timing is needed.

The prognosis of ABO-incompatible liver transplant recipients is mostly determined by their pre-transplant health and age. The most important risk factors for patient survival, according to a few multicenter retrospective studies, were pre-transplant critical care unit stay and a high Model for End-Stage Liver Disease (MELD) score. Infectious problems were the most frequent cause of mortality, which were related to powerful immunosuppression with a high-dose corticosteroid, calcineurin antagonist, or a combination of cell-depleting drugs. As a result, careful patient selection and the avoidance of antibody-mediated rejection are critical for effective ABO-incompatible liver transplantation results. Age is also a significant predictor of survival. In children, especially newborns, the immune system is normally undeveloped. Isoagglutinin titers are very low or nonexistent in the latter, and B-cell reactions to antigenic triggers are quite weak. As a result, even before the advent of rituximab, the rate of antibody-mediated rejection in newborns was extremely low.

From November 2008 to December 2013, the findings of a comparative examination of survival outcomes from a single-center experience involving 235 ABO-incompatible and 1,301 ABO-compatible live donor liver transplantation recipients were comparable. The ABO-incompatible group's 1, 3, and 5-year graft survival rates were 93, 89, and 89 percent, respectively, while the ABO-compatible group's 1, 3, and 5-year patient survival rates were 96, 92, and 92 percent, respectively. There was no substantial difference in graft and recipient survival rates between the two groups. The occurrence of antibody-mediated rejection is directly associated with the incidence of ADA. Diffuse intrahepatic biliary strictures DIHBS) was linked to three fatalities and four cases of re-transplantation, with graft and patient survival rates considerably lower in ABO-incompatible live donor liver transplant recipients with DIHBS. These researchers, on the other hand, were unable to identify any important risk factors for DIHBS. Thus, elucidating the risk factors for DIHBS and identifying preventive or therapeutic interventions is the next step towards improving survival results in ABO-incompatible liver transplantation. 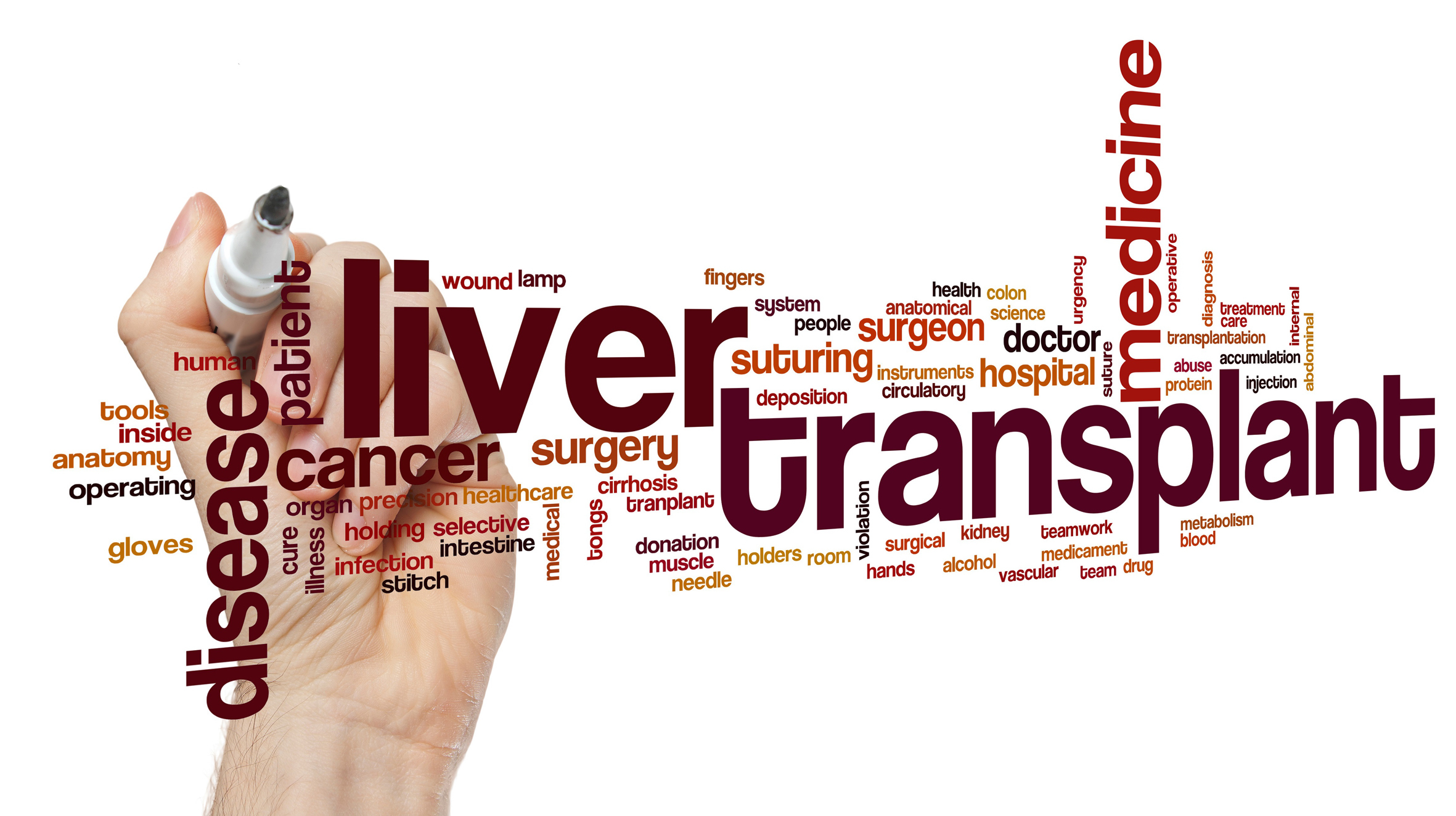 In antibody-mediated rejection, prepared recipient isoagglutinin attach to the graft endothelium, causing complement cascade activation and neutrophil recruitment, culminating in vascular injury and subsequent activation of the clotting cascade, resulting in graft hemorrhagic necrosis. Despite the fact that some studies reported 60 percent one-year survival rates, the morbidity rate was significant due to the high prevalence of adverse effects. Blood type antigens, which are produced on the vascular endothelial cells and in major bile ducts for up to 150 days following transplant, can properly explain the sensitivity to rejection. As a result, the ABO-incompatible liver transplant choice was considered only in patients with clinical urgency secondary to worsening of liver functions and lack of availability of a compatible transplant.