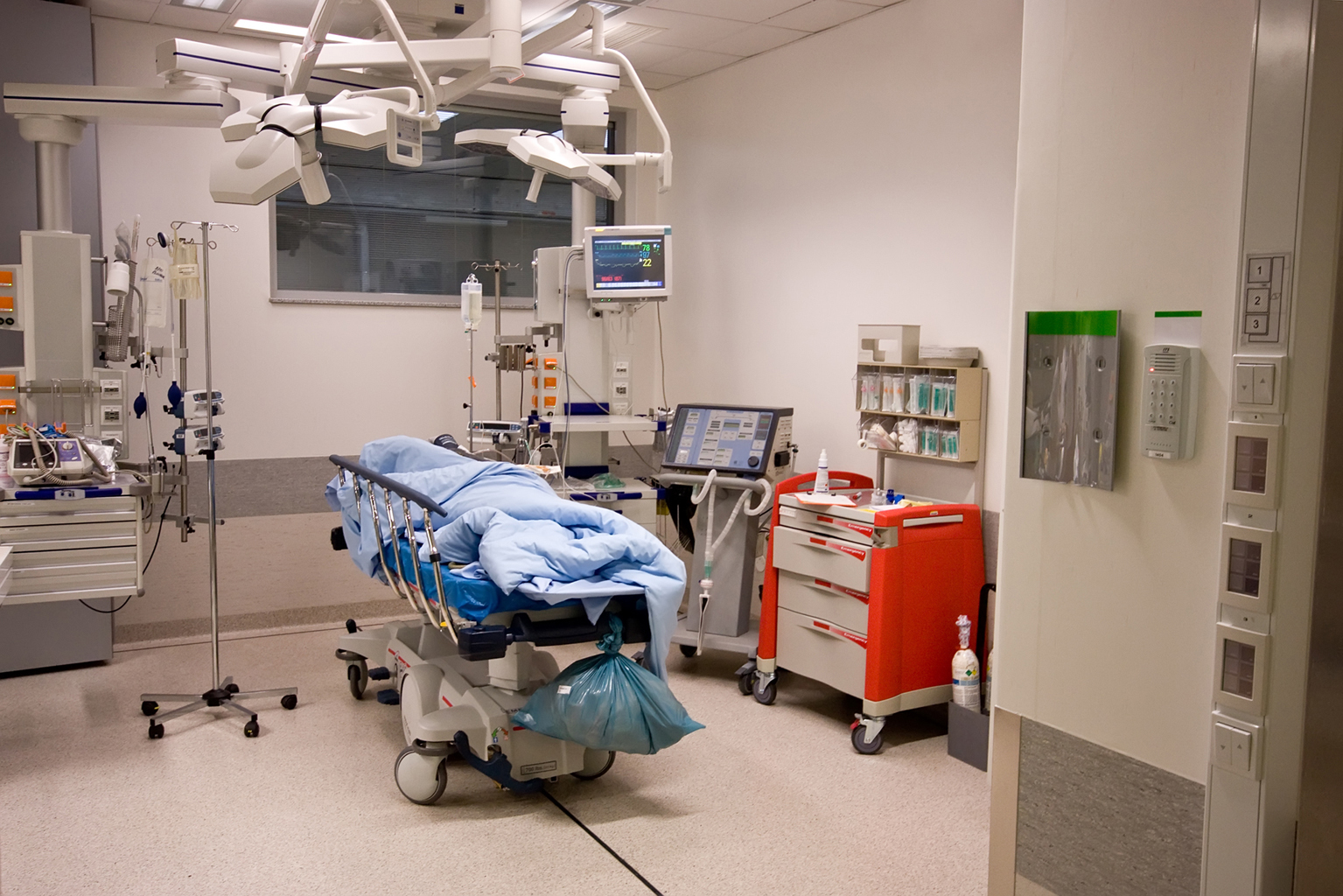 Acute neurological disorders are prevalent, representing approximately 10%–20% of all medical hospitalizations. Neurology will play a larger role in the acute care of these patients in the coming few years, supplementing conventional outpatient-based therapies. Acute neurology models should connect with current hyperacute stroke routes and rely on close collaboration between the emergency room, intensive medicine, and neurology.

According to data from the World Health Organization (WHO), neurologic and mental illnesses constitute a significant and growing source of morbidity. Psychological, neurological, and behavioral diseases have a major impact on the world's population, impacting more than 450 million individuals. According to the Global Burden of Disease Report, neurological and mental diseases contribute to four out of the six major causes of disability, accounting for 33% of years lived with disability and approximately 13 percent of disability-adjusted life years.

According to data from the World Health Organization (WHO), neurological and mental illnesses constitute a significant and growing source of morbidity. Psychological, neurological, and behavioral diseases have a major impact on the world's population, impacting more than 400 million individuals. According to the Global Burden of Disease Report, neurological and mental illnesses account for four out of the six primary causes of years lived with disability.

Regrettably, the magnitude of these illnesses in poorer countries is widely overlooked. Furthermore, the cost caused by neurological diseases, in general, is likely to be especially devastating in low-income groups. Main manifestations of the poor's impact, such as the loss of meaningful employment and the resulting loss of family earnings; the need for a caregiver, which may result in more salary loss; the cost of medications; and the need for other healthcare facilities, are likely to be especially harmful to anyone with limited resources. Aside from the financial difficulties of treatment, persons who suffer from neurologic illnesses are frequently subjected to human rights violations, social stigma, and discrimination. Patients' access to treatment is further hampered by stigmatization and discrimination. As a result, emerging countries must give particular attention to these diseases.

The principles of Acute Intervention in Neurology 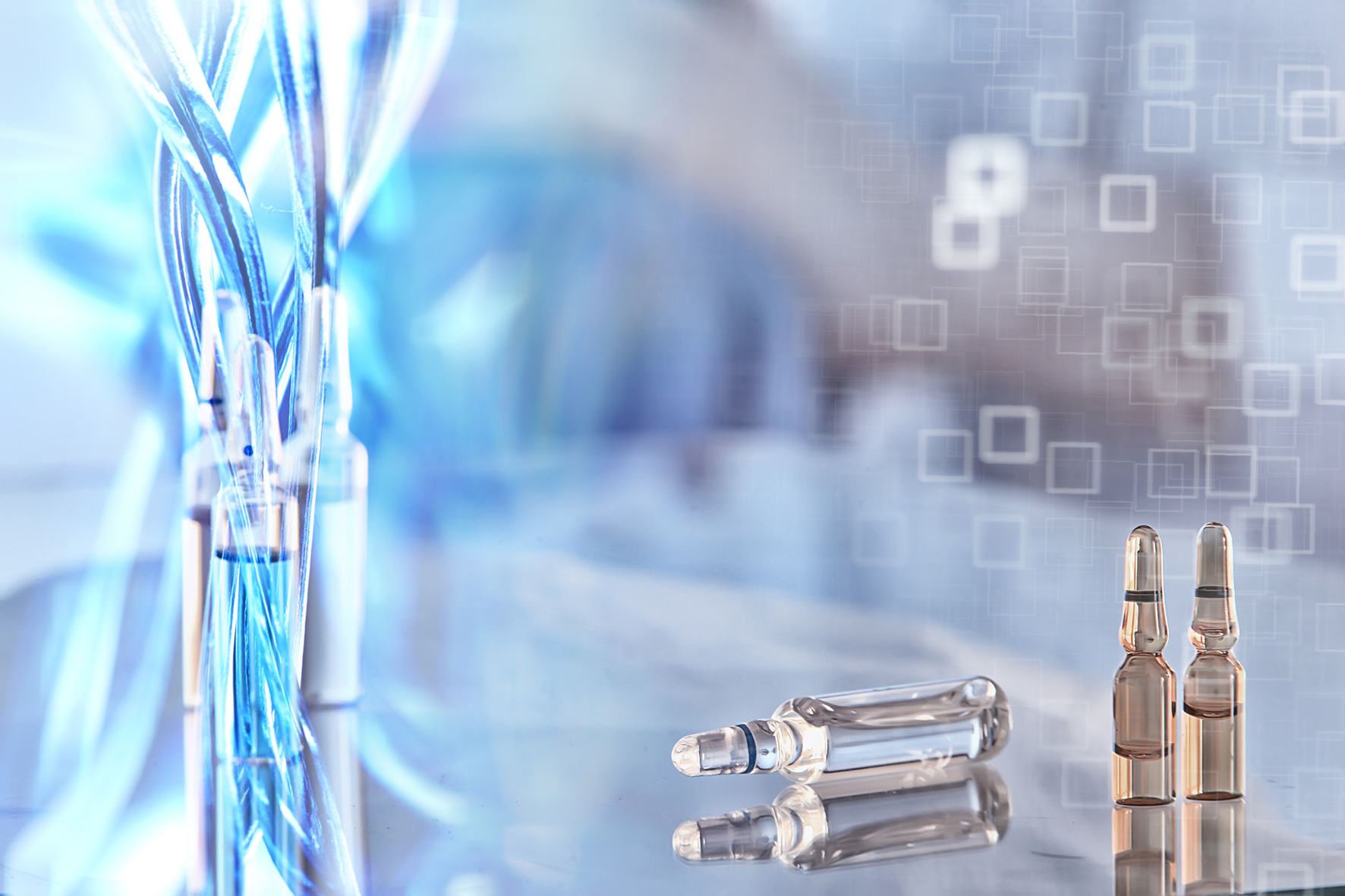 How to Diagnose Acute Neurologic Conditions?

The condition may still be present and visible on the surface. Otherwise, identify the lesions' location. Consider the human body as a grid, with levels ranging from upper brain performance to cranial nerve levels, spinal cord, peripheral nerve, and muscle. Differentiate between motor neuron disorders in the upper (brain and spinal cord) and lower (cranial or peripheral nerve) nervous systems. Use the physical assessment to support the neurology (for example, in Guillain-Barré Syndrome, use cardiorespiratory function assessment, including spirometry).

Use an adequate screening test, such as the Confusion Assessment Method, in patients suspected of having delirium. Consider using a standardized bedside screening test for cognitive function, such as the Montreal Cognitive Assessment, in individuals who do not have delirium. In any scenario, collateral history taking (from the patient relatives) is required to establish baseline ability.

Establish a clinical diagnosis after obtaining a history and performing an assessment to avoid unnecessary tests, and revisit if required.

Unless you address the appropriate question, investigations are less likely to provide you with the answer. The following are some of the most important neurological investigations. 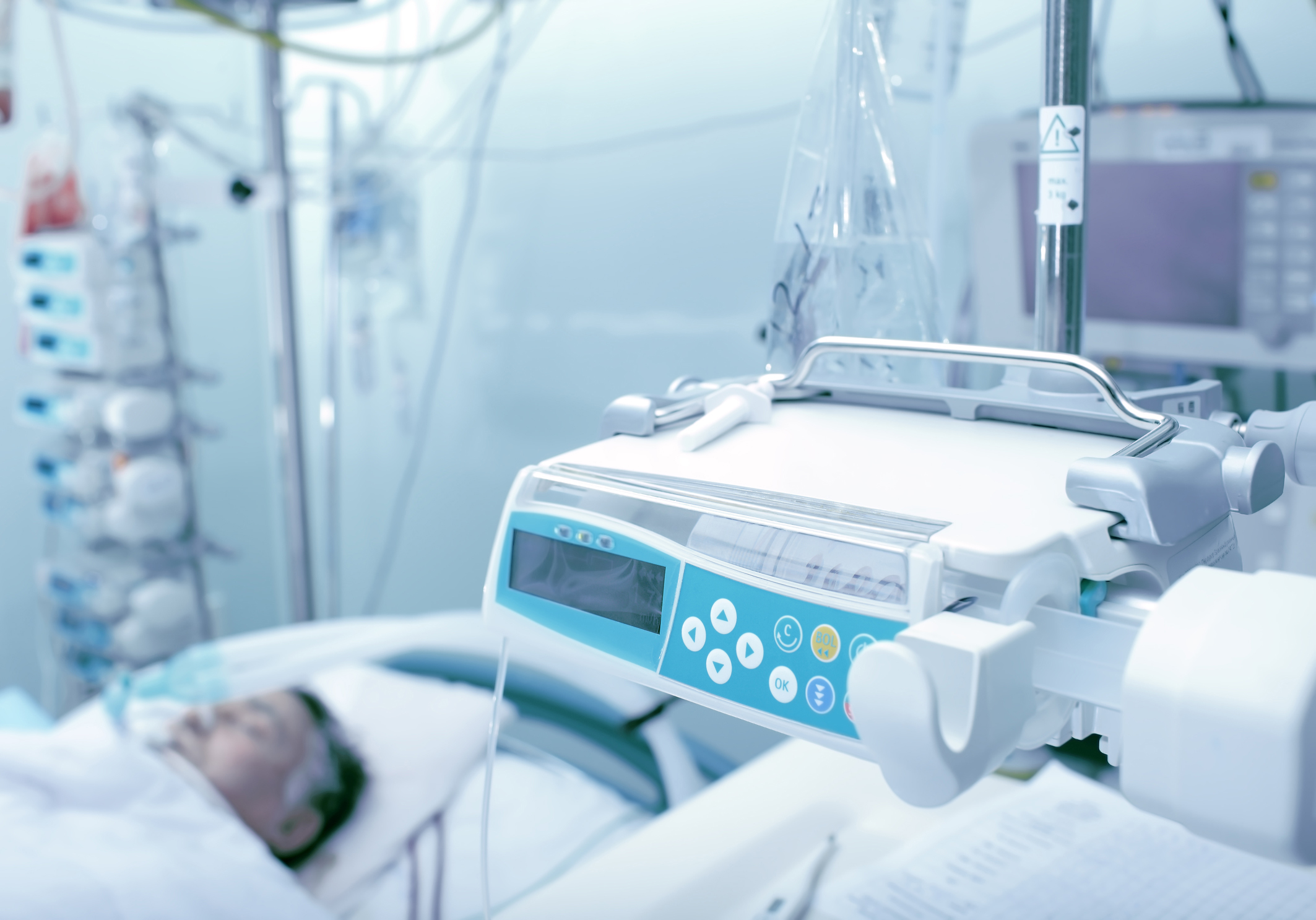 The clinical assessment of patients presenting with an undefined (non-trauma-associated) cause of unconsciousness should not be only based on the Glasgow coma scale (GCS). Examine your blood glucose levels first. Then the FOUR score comes in handy for figuring out where the problem is. Even if the CT is normal, a thorough examination of the pupils is required, especially before opioids are provided as a component of any anesthetic procedure. Bilateral thalamic damage may be indicated by small, symmetric, and reactive pupils. Whereas in pontine lesions or midbrain lesions, bilaterally mid-position, and fixed pupils may be found. Evaluate for systemic physiological explanations for coma, including a toxicology screen, in the absence of hypoglycemia, meningitis, or other localized symptoms (e.g., paralysis, or crossing, unilateral eye deviation, or intermittent respiration). 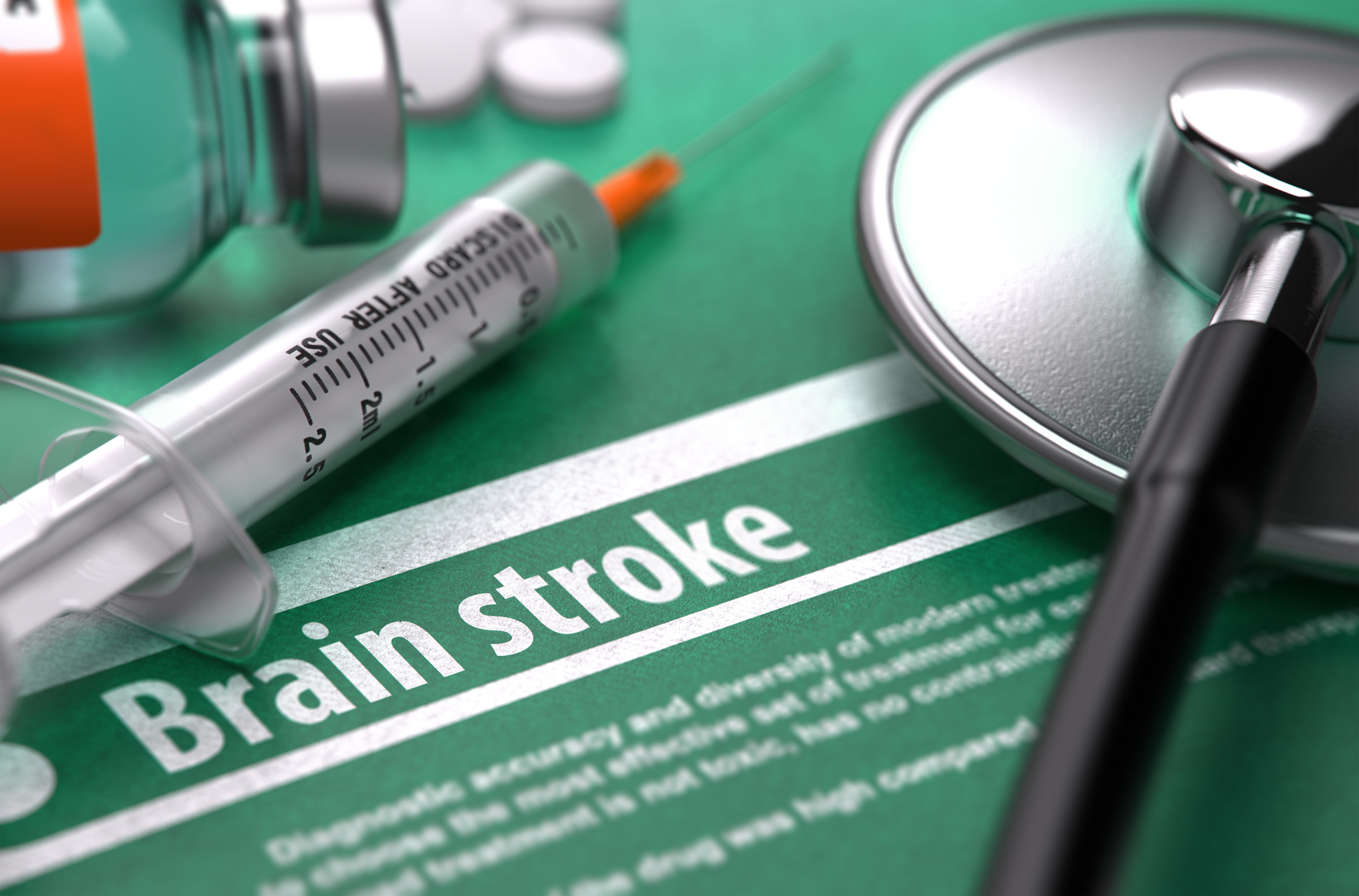 A stroke, also known as a cerebrovascular accident or a brain attack, is a condition in which blood supply to a portion of the brain is disrupted due to a blood vessel obstruction (ischemic stroke) or a blood vessel explosion (hemorrhagic stroke). The brain is deprived of nutrients and oxygen due to the halt in blood supply, leading to cell damage in the impacted arterial region of the brain. A transient ischemic attack is characterized by a momentary obstruction of a blood vessel that manifests as a transient neurological impairment. Despite the fact that stroke is a clinical diagnosis, brain scans are essential to differentiate between ischemic and hemorrhagic stroke. Clinical ratings can be used to classify patients with intracerebral hemorrhage when imaging is not available.

In most countries of the globe, ischemia causes 70% of strokes, hemorrhage causes 27%, and unknown causes account for 3% of all strokes. Cardioembolic reasons (atrial fibrillation at the top) account for about 25% of all ischemic strokes, with the percentage being higher in younger people. Hemorrhagic strokes represent a higher percentage of all strokes in various countries of the world, such as China and Japan, where they range from 17 percent in China and 38.7 percent in Japan.

There are no reliable data for all places of the world. Since many stroke patients die before they can be taken to a hospital, most morbidity data from countries in Southeast Asia, for example, are hospital-based and therefore considered to be underestimated. Because determining the cause of mortality is frequently difficult, death numbers are likely to be underestimated.

Stroke risk factors are comparable to those for cardiac disease in general. Furthermore, if risk factors for the initial stroke and recurrent stroke continue to be uncontrolled after the first attack, they are similar.

One of the most major risk factors for stroke is getting older and older, especially beyond the age of 50. Despite the fact that males are more likely to have a stroke, women have a greater incidence of stroke-related deaths. The most essential factor of both first and recurrent stroke is hypertension. In East Asian people, the link between hypertension and stroke appears to be higher than in Western populations. Cigarette smoking, tobacco smoke exposure in the surroundings, hyperlipidemia, atrial fibrillation, diabetes mellitus and impaired fasting glucose, generalized and truncal obesity, lack of physical activity, excessive drinking, elevated homocysteine levels, substance abuse, blood clotting factors, and existing vascular disease are all risk factors.

Rheumatic heart disease, which leads to embolic stroke, is also a major cause in underdeveloped countries. With the treatment of rheumatic fever, this risk factor is becoming less important. People may experience a stroke in postpartum women, especially in rural areas where births are done at home.

Bad lifestyle and significant risk factors such as hypertension, diabetes mellitus, elevated cholesterol levels, cigarette smoking, and excessive drinking can all help prevent stroke. According to a few research, the decrease in the occurrence of stroke seen in many areas is attributable to improved hypertension control. The spectrum of lifestyle factors in developing countries should be given particular attention, as it includes not only known risk factors in industrialized countries but also regionally specific risk factors such as rheumatic heart disease and puerperal (after pregnancy) stroke.

The following are some treatment options for acute ischemic stroke: 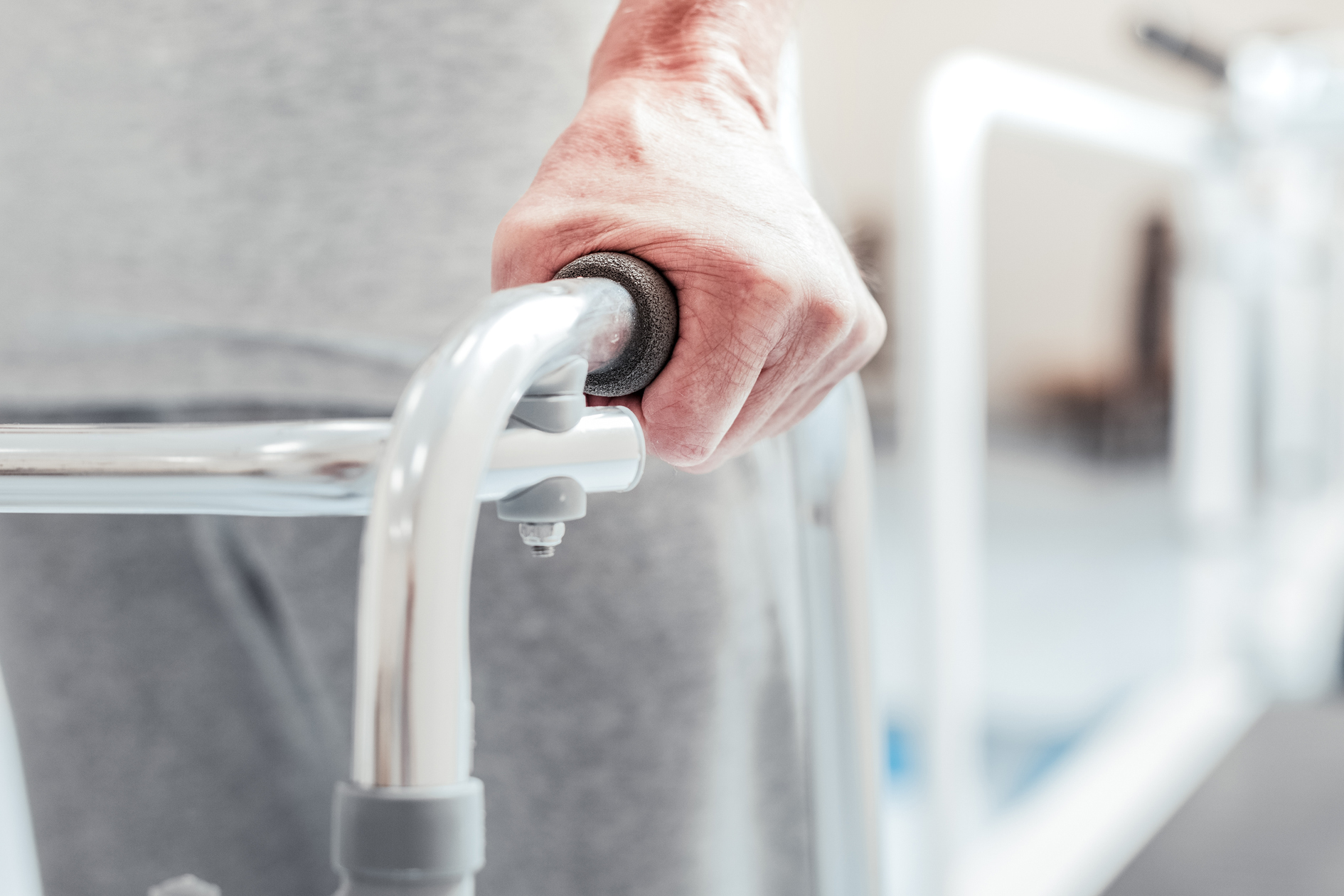 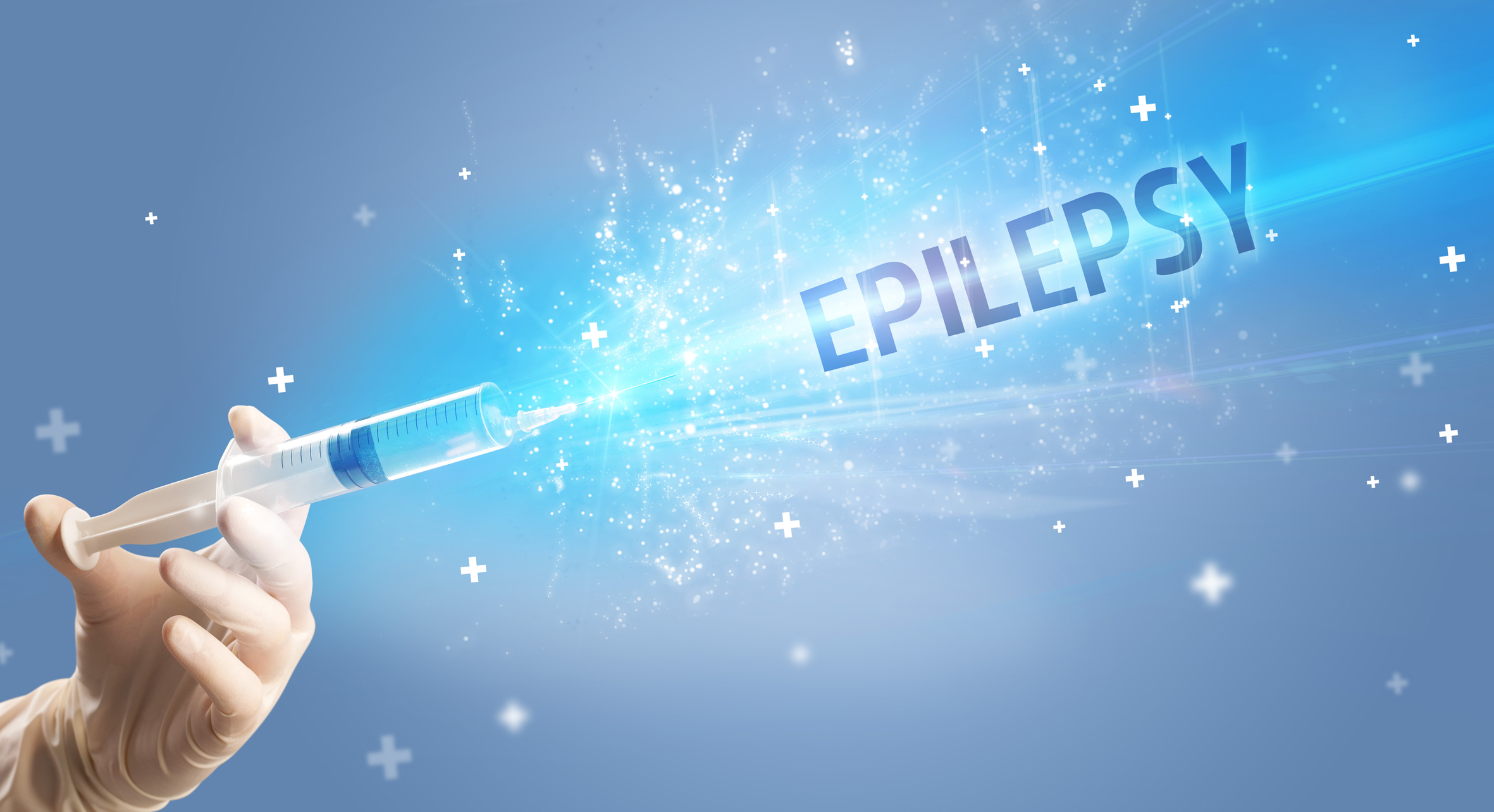 Two or more spontaneous seizures describe epilepsy, which is a common brain disease. Seizures are brief outbursts of aberrant excitability that are generated by the transitory, hypersynchronous activity. Seizures can occur in tandem with a number of acute clinical and neurological conditions, including acute ischemic stroke, sepsis, and alcohol abstinence. The great majority of epilepsy, on the other hand, has no obvious etiology.

Idiopathic epilepsy (for instance, primary generalized children absence epilepsy) is thought to have a genetic component; secondary or symptomatic epilepsy is induced by a known central nervous system injury or diseases, such as infectious disease, cerebrovascular disease, traumatic brain injury, or cerebral dysgenesis; and cryptogenic epilepsy has no evident causative factor. Around 70% of epilepsy cases are idiopathic or cryptogenic, with the other 30% being symptomatic.

The global prevalence of active epilepsy is estimated to be between 5 and 8 per 1,000 people, however, researchers from African and Latin American nations report rates that are at least double those recorded elsewhere.

Epilepsy affects about 43 people out of every 100,000 people in developed countries. Epilepsy is more common in developing countries, with a median incidence rate of 70 per 100,000.

The use of powerful intravenous therapies to treat status epilepticus has the potential to cause serious side effects. As a result, the first step in treating the condition is to confirm that the patient has tonic-clonic status epilepticus and that the convulsions have been protracted or recurring. A single generalized seizure that is followed by a full recovery does not necessitate therapy. However, if the confirmation of status epilepticus is established, therapy should begin right away. Monitoring oxygenation and circulation, determining the cause and laboratory assessments, gaining intravenous line, and commencing treatment strategies are all necessary actions.

The patient's breathing and oxygenation should be assessed initially. Blood pressure and pulse should be monitored, and oxygen should be supplied if the breathing is clear and intubation is not necessary right away. An attempt should be made to identify whether drugs have been taken today in patients with known seizures. To examine for symptoms of a focal cerebral lesion, a comprehensive neurological assessment should be done.

The next step is to get an intravenous line, after which blood should be transferred to the laboratory for electrolytes, creatinine and urea, glucose, and antiepileptic drug concentrations, as well as a cytotoxic drug screening and a complete blood cell count. It's time to start an isotonic saline infusion. If hypoglycemia is detected, 50 mL of 50 percent glucose should be administered immediately because it can produce status epilepticus and is easily reversible. If the doctor is unable to test for hypoglycemia or if there is any question, glucose should be given at the moment. Because glucose infusion raises the risk of Wernicke's encephalopathy in vulnerable patients, thiamine (100 mg) should be administered simultaneously with the glucose.

To guarantee appropriate oxygenation, blood gas values should be measured after oxygen therapy. Acidosis, hyperpyrexia, and hypertension do not have to be treated at first because these are frequent symptoms of early status epilepticus and should go away on their own with a fast and effective primary approach. If convulsions occur despite the use of first-aid techniques, medications should be used. After the airway and circulation have been stabilized, computed tomography imaging is suggested. If the imaging is normal, a lumbar puncture is needed to rule out infectious causes. 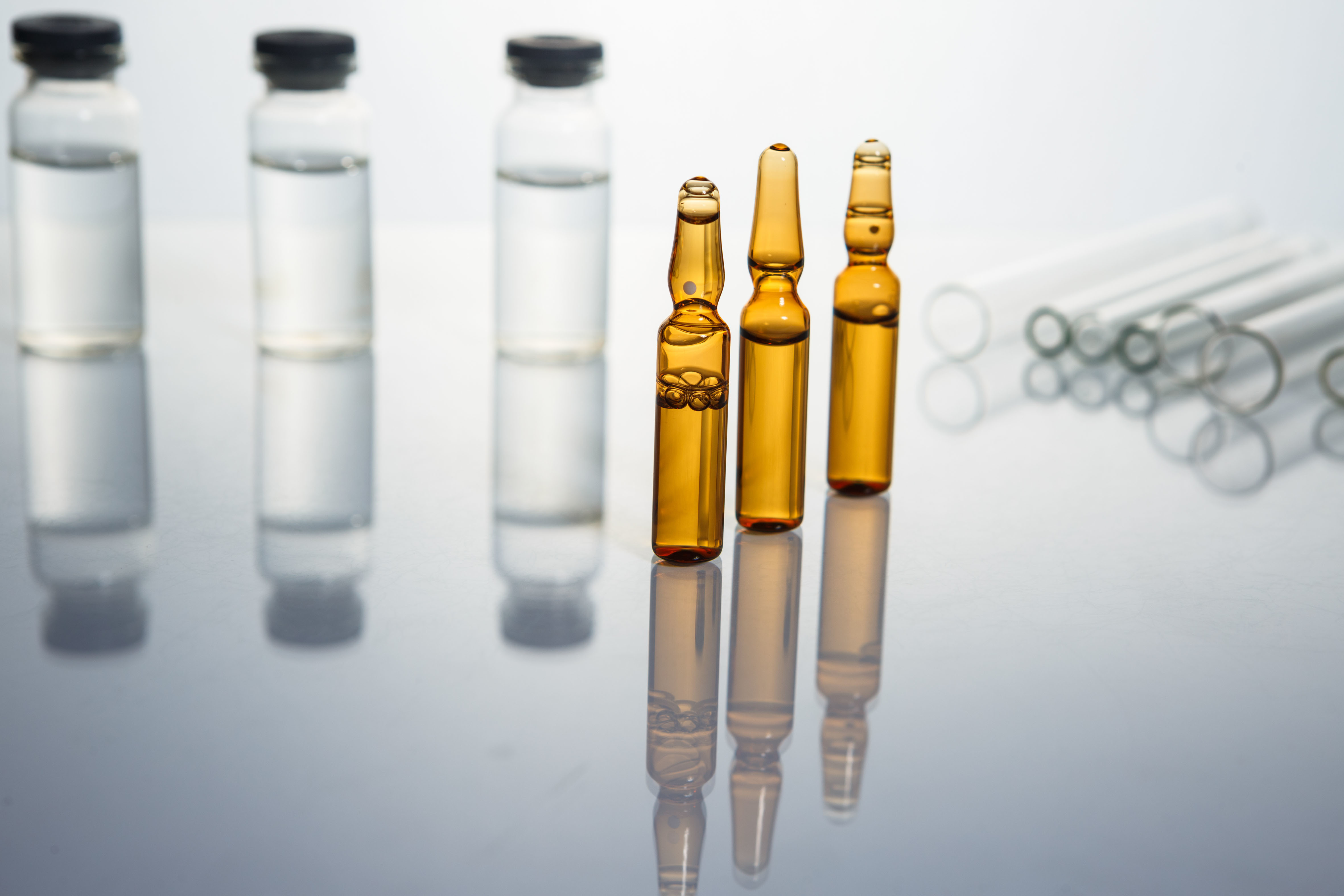 Acute clinical intervention in neurology isn't about locating the nucleus ambiguous or managing really difficult situations. It's about understanding clearly and logically about an acute condition and focusing on it without losing sight of the patient's broader medical and social background, and providing appropriate guidance and care when patients need it the most, just like other acute specialties. Practicing a targeted screening assessment, like most abilities, is essential towards becoming proficient and confident in detecting clinical indications. This is crucial for predicting diagnoses and management decisions when taken into account in the setting of the history. Individual trusts must examine various models based on the services that are already accessible.