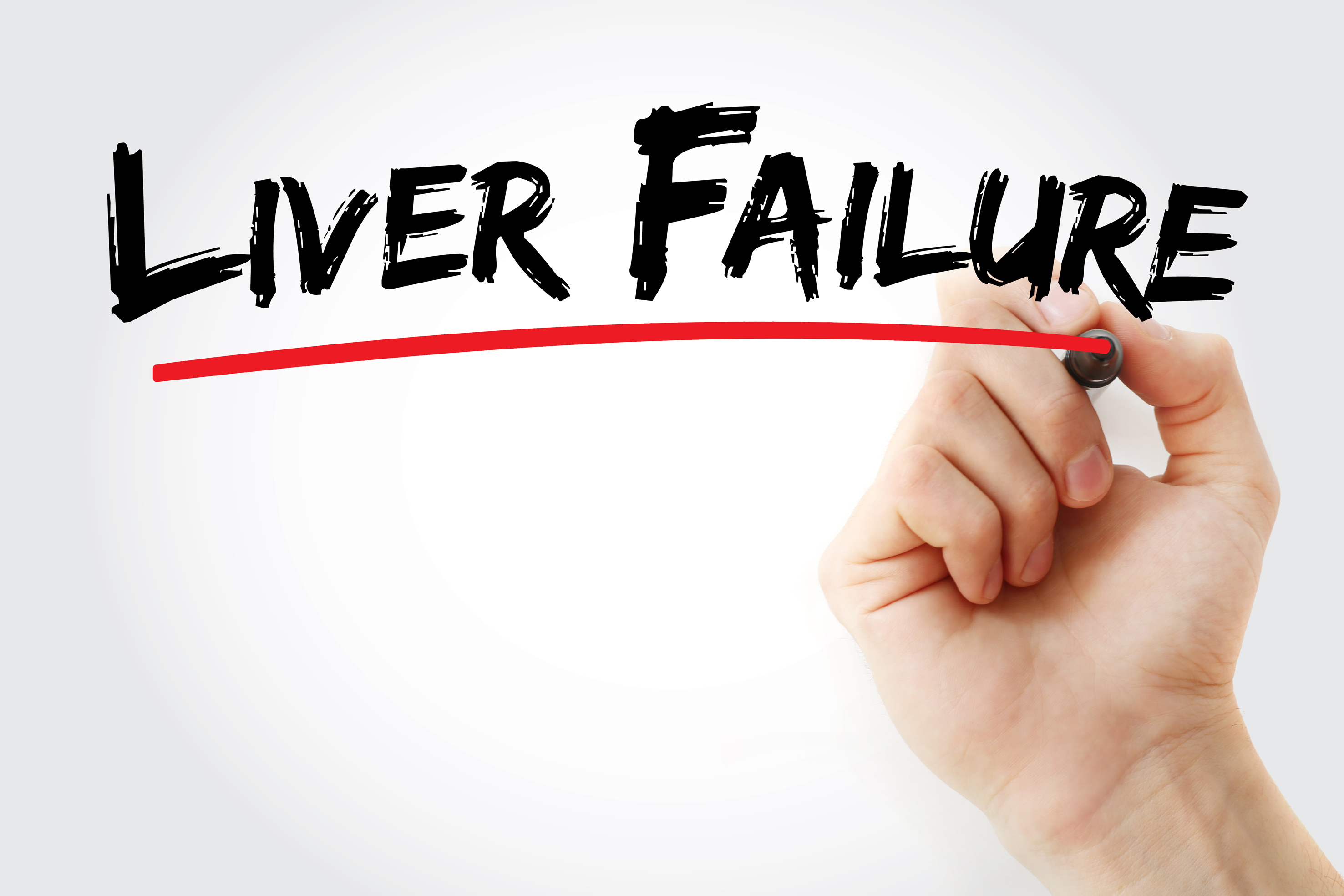 Acute liver failure is an uncommon and often diverse occurrence of acute liver dysfunction in a patient who does not have any other indications of liver disease. Despite its substantial morbidity and mortality, its overall survival has increased due to advances in intensive care and emergency liver transplantation. The cornerstones of acute liver failure treatment remain a high index of suspicion, early transfer to a specialist liver transplantation hospital, and sufficient supportive management. Improved awareness and knowledge of the pathophysiology of liver injury and multi-organ dysfunction treatment can assist better outcomes in the future.

Acute liver failure is defined as the occurrence of severe acute liver injury with encephalopathy and impaired synthesis function (INR of 1.5 or greater) in a patient who does not have cirrhosis or previous liver disease and has been ill for less than 26 weeks.

Patients for emergency liver transplantation are identified using prognostic factors, and candidates for surgery are prioritized on waitlisting systems. The results are now comparable to those of elective surgery. However, in the vast majority of cases, especially those involving paracetamol-induced pathology, supportive medical care is all that is required. Over the last 30 years, achieved results for patients with acute liver failure have improved considerably, but mortality is still unsatisfactory, necessitating further breakthroughs in therapy. 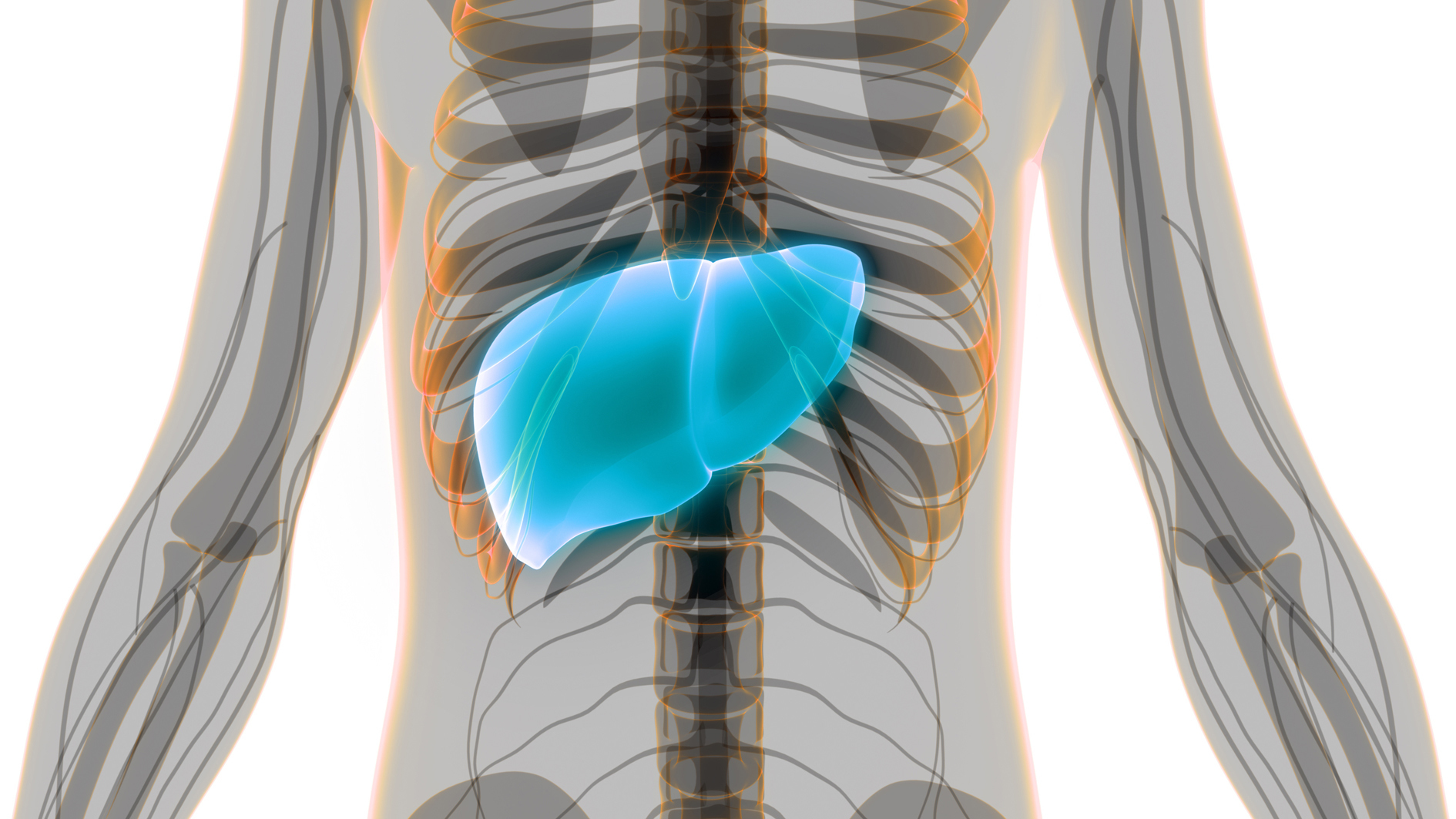 In patients with acute liver failure, cerebral edema is the leading cause of morbidity and mortality. Although the origin of intracranial hypertension is unknown, it is thought to be multiple.

The cytokine levels are likewise out of whack. In fulminant hepatic failure, increased serum levels of bacterial endotoxins, tumor necrosis factor–alpha (TNF-), interleukin (IL)–1, and IL-6 have been discovered.

Cytotoxic edema occurs when cellular osmotic pressure in the brain is disrupted, resulting in astrocyte swelling. The most prevalent finding in neuropathologic investigations of acute liver failure cerebral edema is cortical astrocyte edema.

Ammonia is converted to glutamine in the brain by glutamine synthetase amidation of glutamate. Astrocyte edema and cerebral edema are caused by glutamine buildup in astrocytes. In animal models of acute liver failure, there is significant evidence of elevated glutamine content in the brain. In humans, a link has been found between high ammonia and glutamine concentrations and high intracranial hypertension.

As the broad differential diagnosis shows, the development of liver failure is the end result of a wide range of probable causes. The oxidative byproduct of acetaminophen is more toxic than the drug, as is the case with many medications that undergo hepatic metabolism (in this case, via cytochrome P-450). N-acetyl-p-benzoquinone-imine (NAPQI), a strong oxidizing active component, appears to cause much of the acetaminophen-related injury to liver tissue by creating ionic interactions with cellular proteins.

NAPQI is normally converted to N-acetyl-p-aminophenol-mercaptopurine in the presence of glutathione. Glutathione neutralizes this reactive byproduct and protects cellular components from nonspecific oxidation, which can lead to severe hepatocellular damage.

This method fails in two situations that are both critical. The first is an acetaminophen overdose. More over 10 g of acetaminophen simply overwhelms the usual hepatic glutathione storage, allowing reactive byproducts to escape.

The second, and less evident, instance is a patient who routinely takes alcohol. In an unknowing individual, this can lead to potentially fatal hepatic injury from a normally safe dose of acetaminophen. 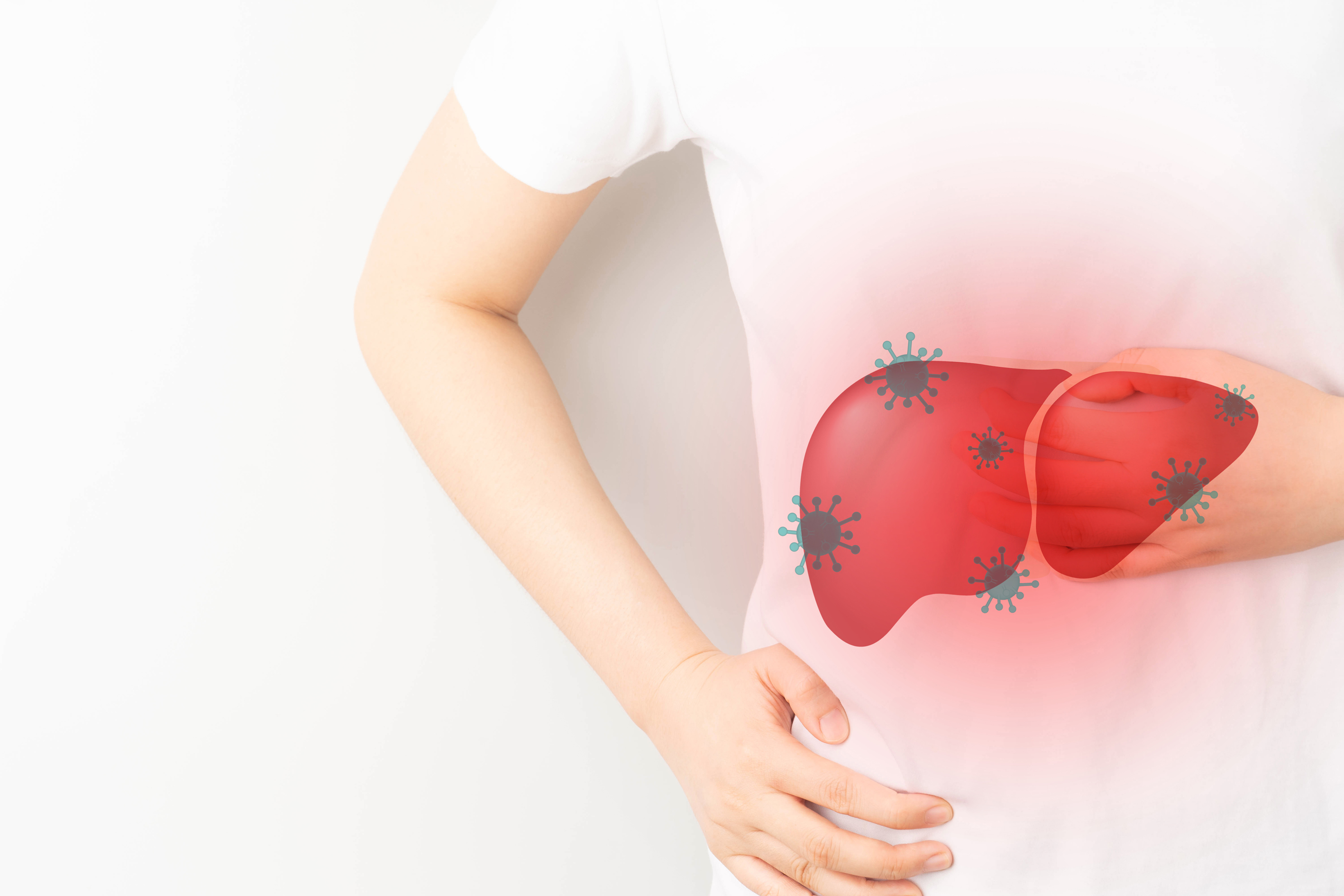 A thorough investigation of the cause of ALF is essential, since this will help guide directed therapy and decide the outcome. The two main causes of acute liver failure worldwide are viral hepatitis and drug-induced hepatitis. Oxygen deprivation liver injury, acute Budd-Chiari syndrome, veno-occlusive disease, Wilson disease, sepsis, autoimmune hepatitis, acute fatty liver of pregnancy, HELLP (hemolysis, elevated liver enzymes, low platelet) syndrome, and malignant infiltration of the liver (with metastasis from melanoma, small cell lung cancer, and lymphoma) are some of the other causes.

In the United States, drug-induced hepatitis makes up about half of all occurrences of acute liver failure, with acetaminophen being the most frequent cause. The toxicity of acetaminophen is dose-dependent. Liver injury caused by drugs can be idiosyncratic (unexpected), but this is uncommon. Patients with concurrent alcohol addiction and malnutrition are more likely to experience accidental acetaminophen-induced hepatotoxicity and liver failure.

Hepatitis A and E are the most common causes of liver failure, with the majority of cases occurring in developing countries. Hepatitis B infection can result in liver failure from both acute infections and recurrence of the virus after starting immunosuppressive medication.  Acute liver failure can result from coinfection with hepatitis B and C; however, it is uncommon with hepatitis C alone. Herpes simplex virus, cytomegalovirus, Epstein-Barr virus, Parvoviruses, adenovirus, and varicella-zoster virus are among the other viral causes of acute liver failure. 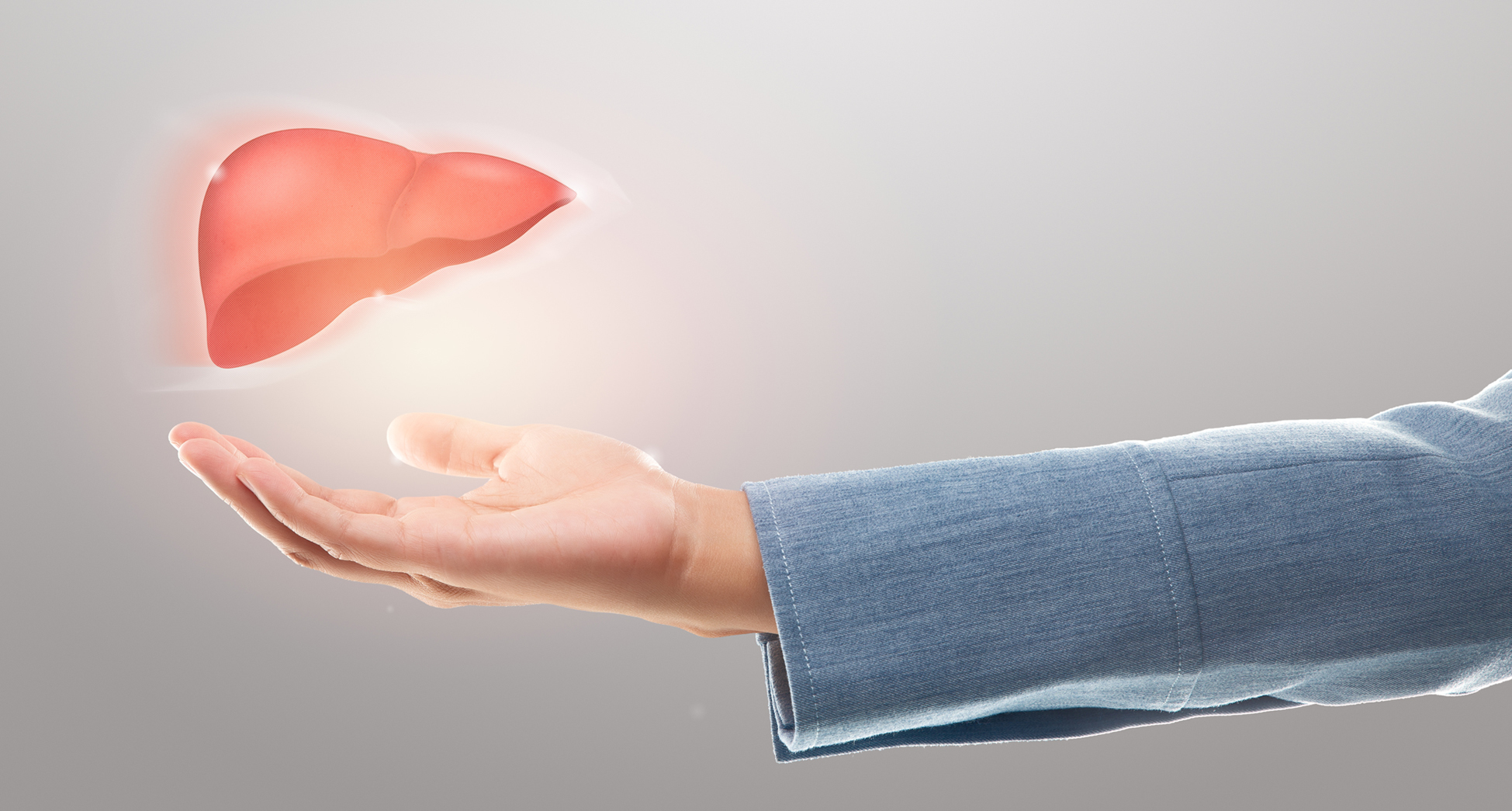 A thorough medical history aids in the identification of possible causes. The following information, for example, could be received from the patient's record, the patient, or the patient's family:

The physical exam includes a thorough assessment and recording of the patient's mental health as well as a look for chronic liver disease signs. Jaundice is common, but not always. Tenderness in the right upper quadrant is present in varying degrees. The liver span may be short, indicating that there has been severe volume loss due to hepatic fibrosis. Heart failure, viral hepatitis, and Budd-Chiari disease can all cause an enlarged liver.

Increased intracranial pressure symptoms such as papilledema, hypertension, and bradycardia may result from the establishment of cerebral edema.

The rapid development of ascites, particularly in a patient with severe clinical hepatic failure and abdominal pain, indicates that hepatic vein thrombosis is a potential.

Upper gastrointestinal bleeding can cause hematemesis or melena, which can exacerbate fulminant hepatic failure.

As a result of the lower systemic vascular resistance that occurs with fulminant hepatic failure, patients are generally hypotensive and tachycardic, a condition that is indistinguishable from septic shock. Although this symptom could be due to hepatic failure, it's crucial to rule out the potential of a secondary infection. Always examine the patient for encephalopathy symptoms. 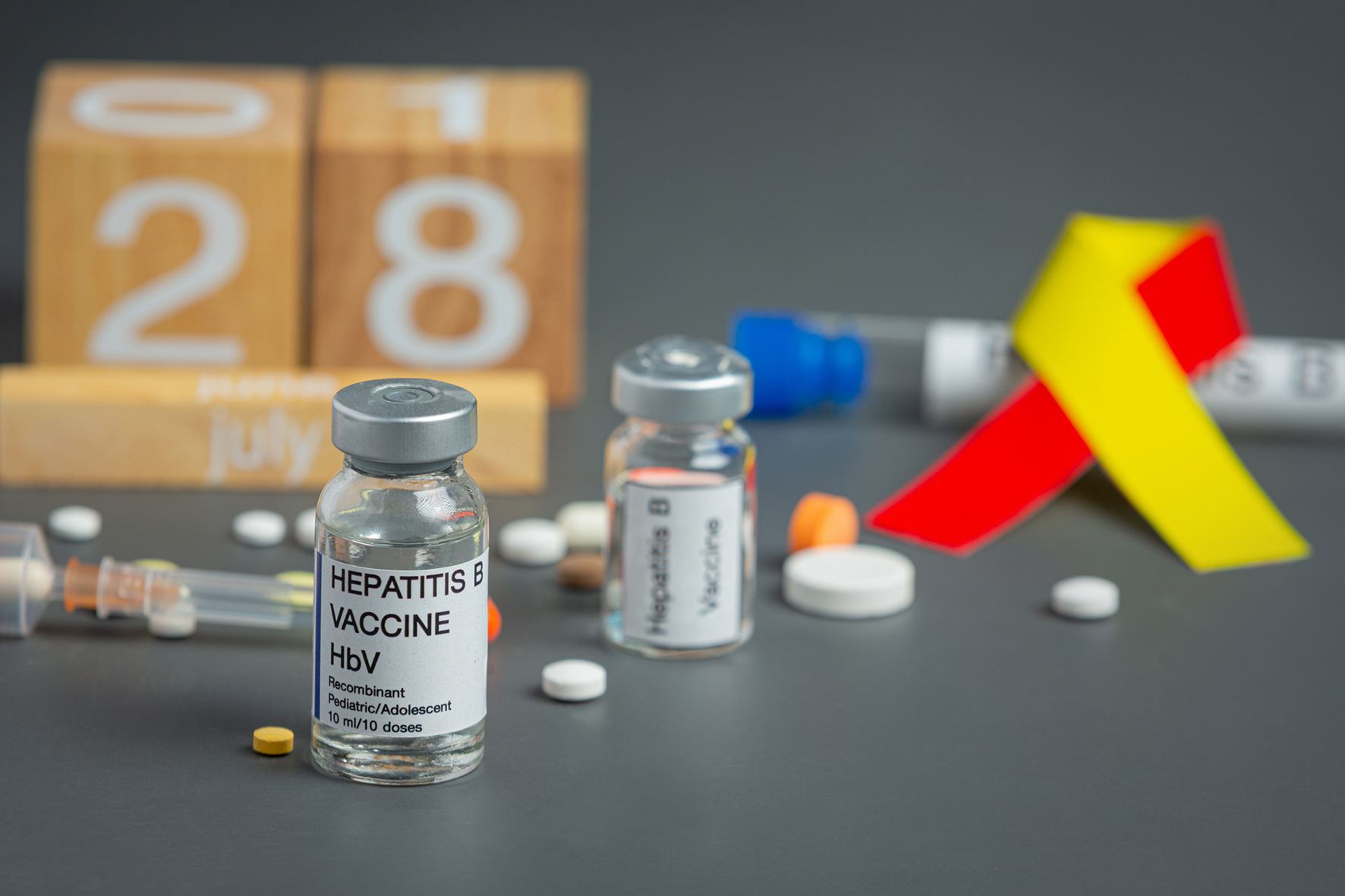 Supportive care, preventing and managing complications, specialized treatment when the exact cause is established, and determining prognosis and the need for liver support, including probable liver transplantation, are all part of acute liver failure management. All patients should be admitted to a hospital, ideally one with the necessary equipment and a skilled surgeon for a liver transplant.

Activated charcoal (if administered within 4 hours of consumption) and rapid delivery of N-acetyl cysteine are recommended for individuals with known or suspected acetaminophen-induced acute liver failure. Hepatic necrosis and development of acute liver failure with likely need for liver transplantation are indicated by rising or dropping serum aminotransferases, as well as increasingly worsening coagulopathy. N-acetyl cysteine is also recommended for individuals with acute liver failure owing to conditions other than ischemic hepatitis and is especially beneficial in those with early encephalopathy stages.

Because no particular antivirals are proven to be beneficial, patients with hepatitis A and E-related acute liver failure should get supportive care. Nucleotide analogs should be given to patients with acute or reactivated hepatitis B. Patients with probable autoimmune hepatitis may benefit from daily intravenous methylprednisolone. Gastric lavage, activated charcoal, and intravenous penicillin G may be given to individuals with probable Amanita phalloides toxicity.

A liver transplant should be performed for patients with Wilson disease or known hepatic vein thrombosis as the cause of acute liver failure. A trans-jugular intrahepatic portosystemic shunt, as well as anticoagulant medication, should be recommended for those with Budd-Chiari syndrome.

Acyclovir should be given to patients with herpes hepatitis or varicella zoster-related acute liver failure. Patients with Cytomegalovirus-related hepatitis should receive ganciclovir intravenously every 12 hours.

The development of multi-organ failure should be avoided at all costs.

Hypovolemia, acute tubular necrosis, or hepatorenal syndrome can all cause kidney failure. In severe hypotension, vasopressor treatment with norepinephrine or dopamine is recommended. Renal replacement could be used as a stopgap measure before a liver transplant. In severely ill patients, continuous renal replacement treatment is favored over hemodialysis.

Broad-spectrum antibiotics should be used to treat sepsis, which includes aspiration pneumonia and fever. In all patients with acute liver failure, cultures of blood, sputum, and urine should be collected.

Hypoglycemia is caused by a lack of glycogen synthesis and gluconeogenesis, and it necessitates continuous glucose administrations ranging from 10 to 20 percent. Hypophosphatemia caused by ATP consumption in the presence of hepatocyte destruction needs prompt repletion. Hyperventilation causes alkalosis in acute liver failure, and acidosis with a pH less than 7.3 predicts a 95 percent mortality rate in acetaminophen toxicity if the patient does not receive a liver transplant. Aspiration, acute respiratory distress syndrome, or pulmonary hemorrhage can all cause hypoxemia. Patients with encephalopathy that is worse than second grade should have their airways protected with endotracheal intubation. Phenytoin or benzodiazepines can be used to treat seizure-like behavior.

Acute liver failure is characterized by encephalopathy, which is a common symptom. In patients with grade 3 encephalopathy or above, a CT scan of the head should be performed to check for intracranial hemorrhage and cerebral edema.

Coagulopathy, like encephalopathy, is a distinguishing characteristic of acute liver failure. Despite the presence of significant coagulopathy, bleeding episodes are uncommon. As a result, routine coagulopathy treatment is not indicated unless there is overt bleeding or before invasive surgeries. Platelets, plasma, and cryoprecipitate transfusions may be given if necessary. If a nutritional deficit is detected or if chronic cholestasis is present, parenteral vitamin K therapy may be considered. 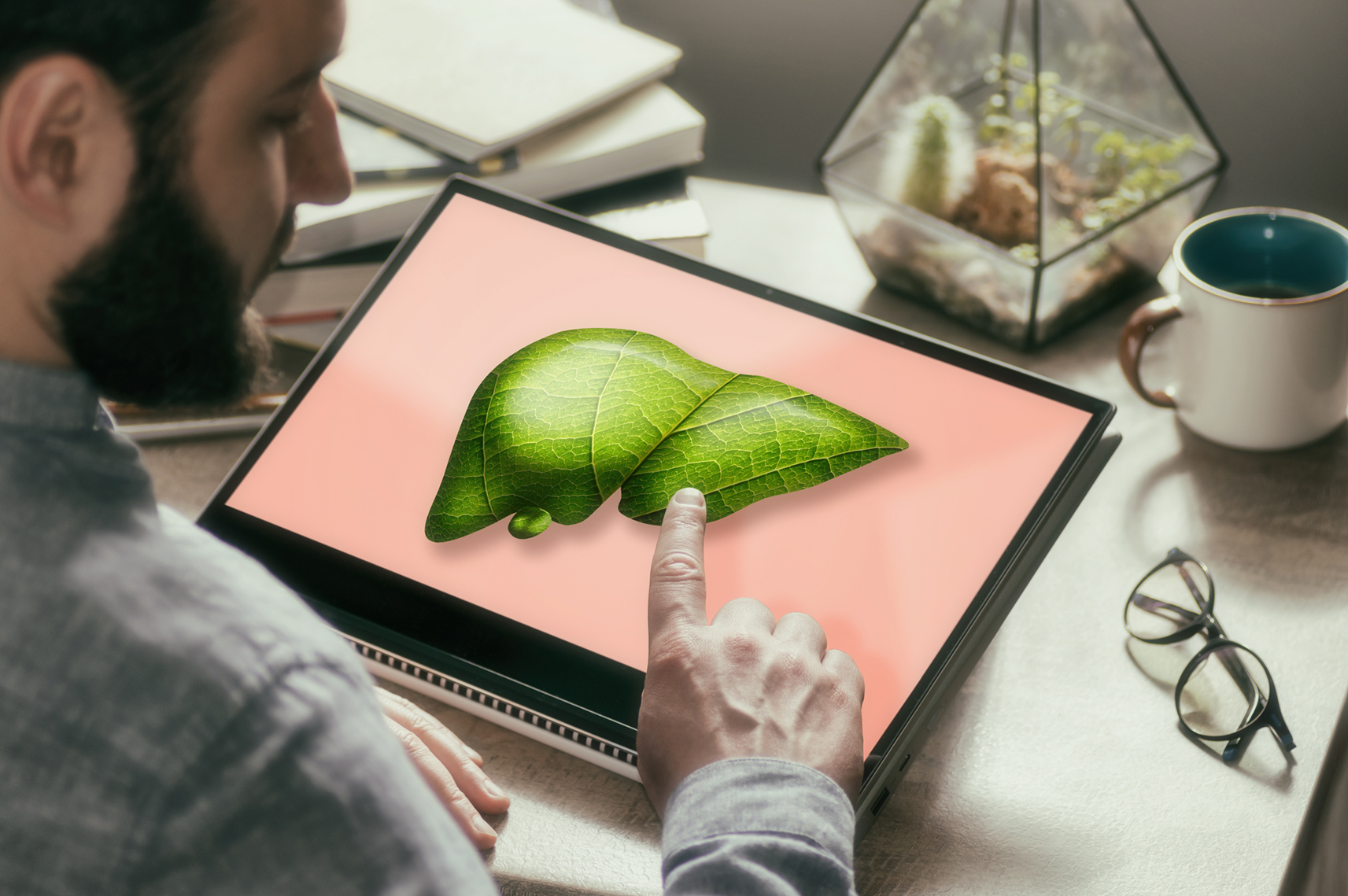 In clinical studies, extracorporeal liver-assist systems were utilized to detoxify and restore synthetic functions in individuals with acute liver failure. Both the molecular adsorbent recirculating system and the porcine hepatocyte-based Hepa-Assist device have been demonstrated to offer no survival advantage in recent multicenter studies.

Although liver transplantation is not widely available, it is a choice for some individuals. Because these patients are severely unwell, they are more likely to have graft consequences, the most prevalent of which are infections and sepsis, which appear to be the most frequent cause of liver graft rejection in patients who have had acute liver failure. 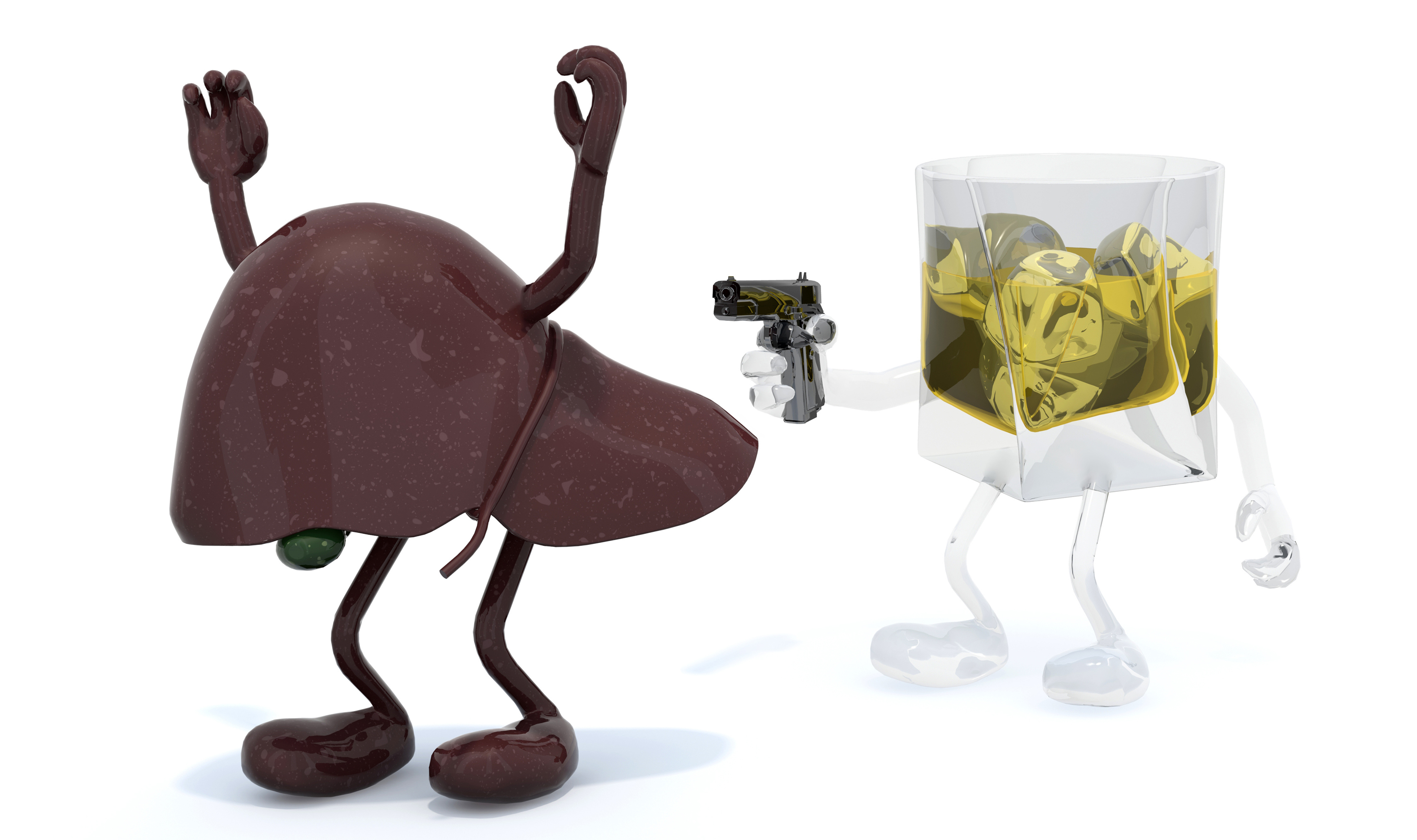 More than 65 percent of patients, including those having liver transplantation, are in this category. In the past, research from the United States and Europe found that patients with acute liver failure who received a liver transplant had a poorer one-year survival rate than patients with cirrhosis. The 2012 record from the United States and Europe, on the other hand, shows a greater survival rate of up to 79 percent at one year and 72 percent at five years. The King's College Criteria for acute liver failure due to acetaminophen intoxication and acute liver failure not related with acetaminophen are the most extensively used criteria for evaluating acute liver failure prognosis. Clichy criteria (presence of hepatic encephalopathy with a factor V level less than 20% to 30% of normal, MELD score greater than 30, and APACHE II score greater than 15) are also good prognostic criteria.

Acute liver failure is an uncommon and quickly changing clinical syndrome that necessitates early diagnosis and critical care management. Improved survival has resulted from earlier administration of certain medicines, breakthroughs in multi-organ dysfunction support, and the selective use of liver transplantation. More progress will very certainly be made as we gain a better knowledge of the pathophysiology of acute liver failure and the ideal conditions for liver regeneration.

Acute liver failure is a difficult condition to handle, requiring close monitoring for signs of impending organ damage and prompt referral of patients to specialist centers with intensive multidisciplinary input to successfully manage the syndrome's numerous complications and, in some cases, to provide liver transplantation.  The next step is to better understand the biology of liver cell death and the resulting multiorgan failure in acute liver failure, which could lead to better prognostic models. Before suggestions on the clinical value of artificial and bioartificial liver support systems in acute liver failure can be made, more multicenter controlled trials are needed. In acute liver failure, an effective decrease of ammonia concentrations remains a desirable, but challenging, treatment goal.