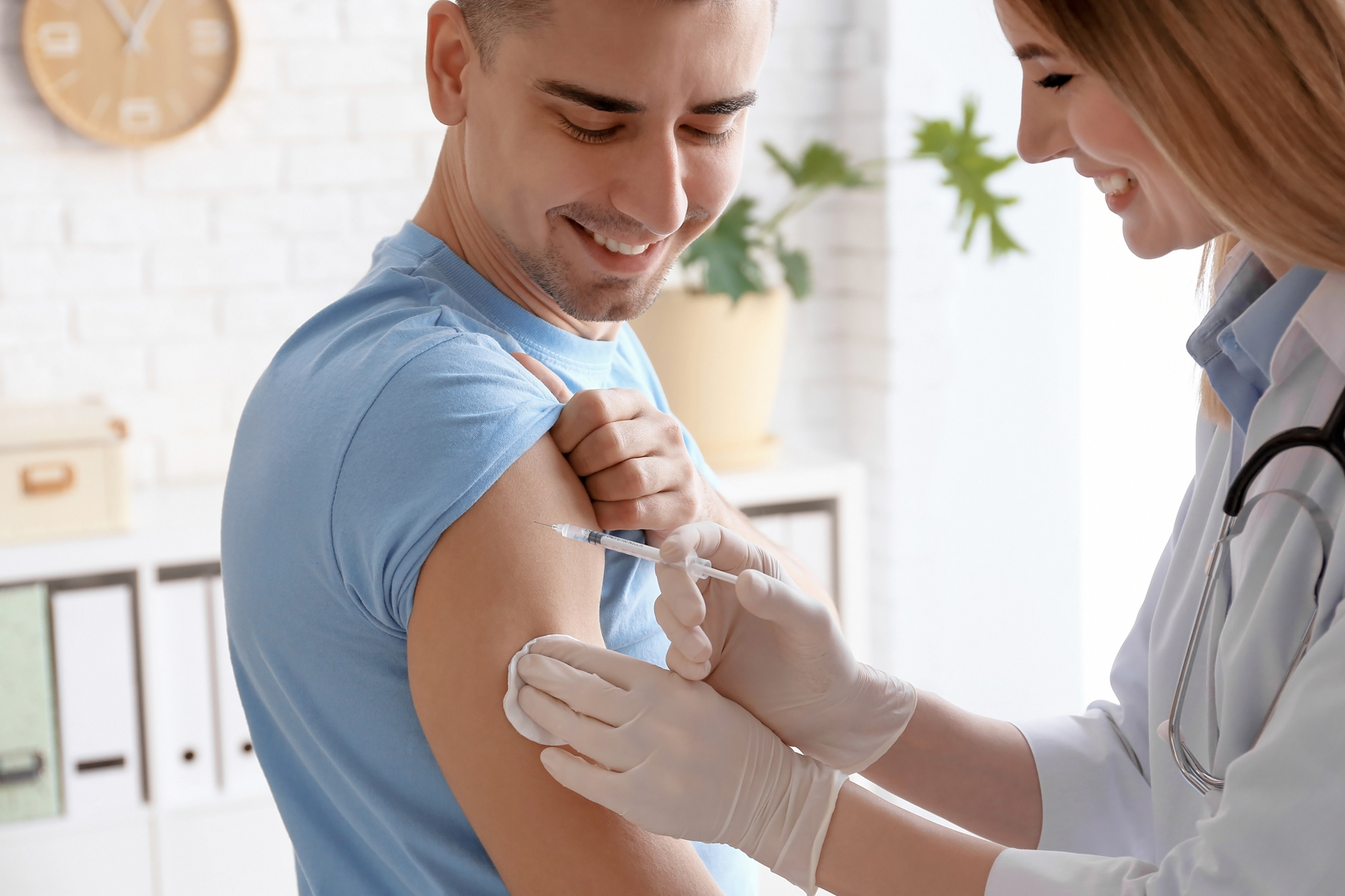 Vaccination is suggested throughout one's life to protect against vaccine-preventable illnesses and associated complications. Historically, the major focus of vaccination programs has been on children vaccinations. Adults' major focus of preventive and medical health care has been chronic illnesses, while there has been an increased emphasis on avoiding infectious infections.

Adult vaccination coverage, on the other hand, remains low for the majority of commonly prescribed vaccinations. Though adults are less vulnerable to classical infectious agents, the likelihood of exposure to infectious agents has grown dramatically as a result of globalization and greater travel options both within and beyond nations. As a result, there is a pressing need to address the issue of adult vaccination.

The adult immunization business is more complicated, with a large range of vaccinations and a diversified target population. As with children, there is no integrated public health infrastructure to support an adult vaccination program. Furthermore, there is minimal coordination among adult healthcare practitioners when it comes to vaccination distribution.

Adult immunization has to be significantly improved in order to lessen the health implications of vaccine-preventable infections in adults. The routine assessment of adult patient vaccination needs, as well as the recommendation and provision of essential vaccinations for adults, should be included into normal clinical care for adults. 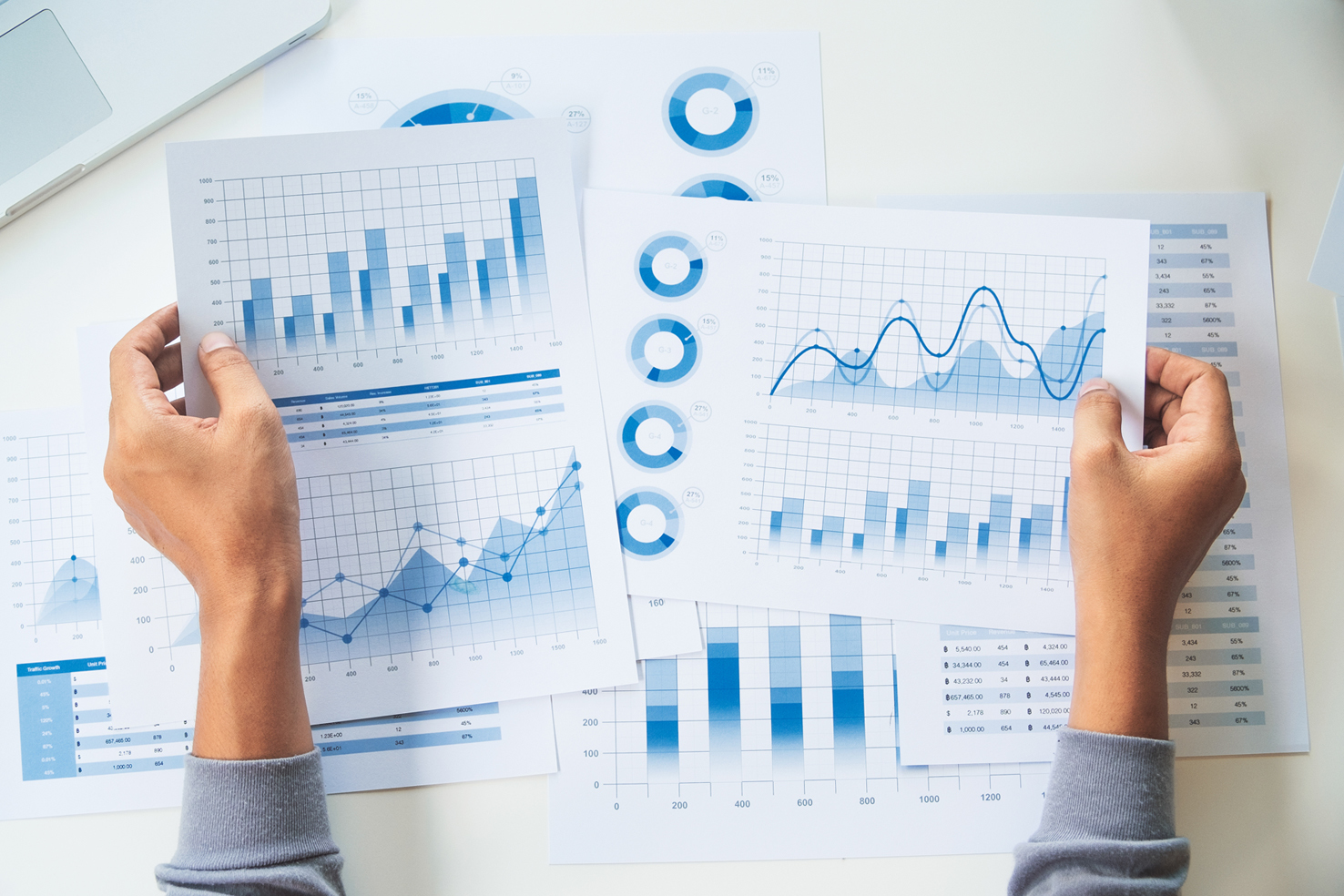 In 2011, there were 2500 diphtheria fatalities and 4158 000 measles deaths worldwide—about 430 deaths per day or 18 deaths every hour. Annual influenza epidemics cause three to five million instances of severe disease and 250 000 to 500 000 fatalities worldwide. In healthy persons, influenza vaccination can prevent 70% to 90% of influenza-specific illness.

The vaccination decreases serious diseases and complications by up to 60% in the elderly and fatalities by 80%. The Hepatitis A virus is found all over the world and produces around 1.4 million cases of clinical hepatitis each year.

Chronic (long-term) liver infections affect more than 240 million individuals. Every year, around 600,000 individuals die as a result of the acute or chronic effects of hepatitis B. Hepatitis B is more common in Sub-Saharan Africa and East Asia. The majority of persons in these areas are infected with the hepatitis B virus as children, and 5–10% of the adult population is chronically infected.

Barriers and challenges of Adult Immunization 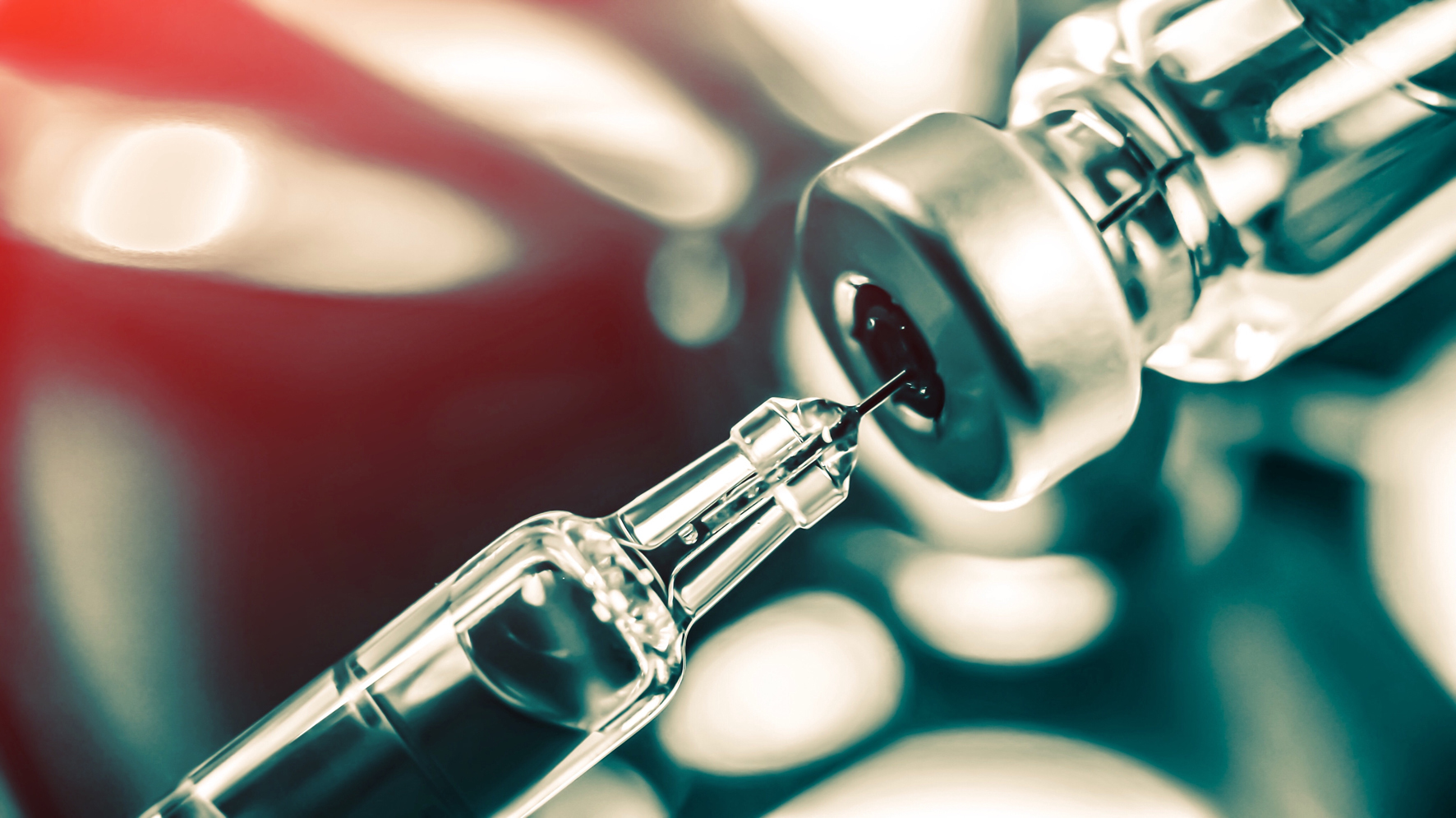 The organization of the childhood and adult vaccination industries is significantly different. The pediatric vaccination program includes an uniform schedule that covers a restricted age range and a somewhat small network of provider types.

The adult immunization enterprise is more complex, encompassing a wide range of vaccines and a very diverse target population ranging from healthy young adults to young adults and elderly with chronic conditions to those who are less likely to have a medical home and seek medical care in non-traditional settings.

There is no organized public health infrastructure to support an adult vaccination program, as there is for children, and there is minimal coordination in terms of vaccine provision among adult healthcare practitioners. During the 2009–10 H1N1 influenza vaccination campaign, this lack of coordination was emphasized as a barrier to successful delivery of H1N1 influenza vaccine, and it continues to be a barrier to other routine adult vaccines.

Adult immunization is a new issue that is receiving more attention in clinical treatment and health professional training programs. Several difficulties can impede the development of an adult immunization program, including the following: 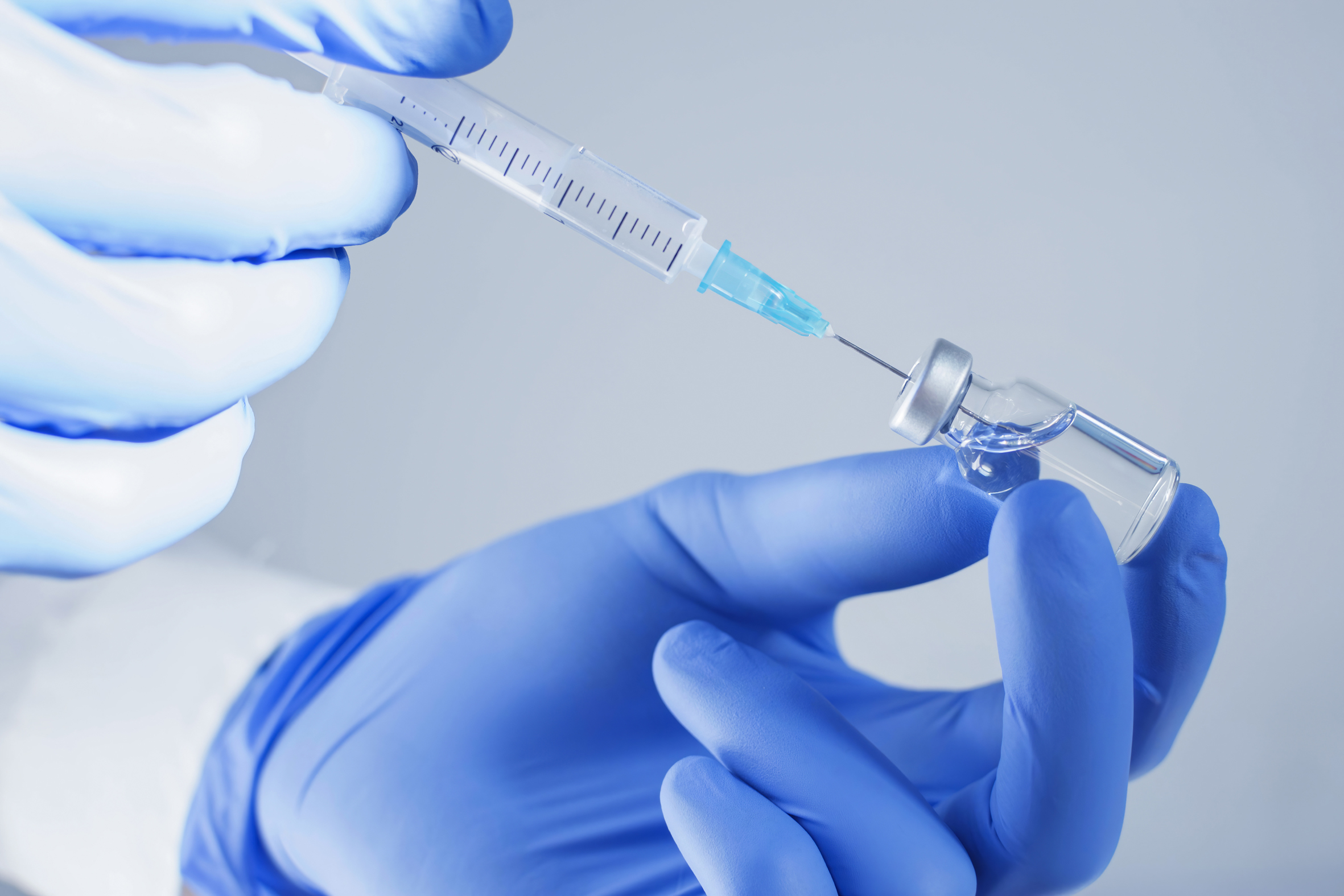 When a person comes into touch with a microorganism, for example, active immunization can occur spontaneously. Eventually, the immune system will produce antibodies and other defences against the bacterium. The immune response to this microorganism the following time can be quite effective; this is true for many childhood illnesses that a person only experiences once but then becomes resistant to.

Artificial active immunization involves injecting the microbe, or portions of it, into the individual before they are able to absorb it naturally. When using entire microorganisms, they are pre-treated.

Immunization is so important that the American Centers for Disease Control and Prevention called it one of the "Ten Great Public Health Achievements of the Twentieth Century."  The pathogenicity of live attenuated vaccines has been reduced. Their efficiency is determined by the immune system's capacity to multiply and induces a reaction similar to that of a natural infection. A single dosage is generally sufficient. Measles, mumps, rubella, MMR, yellow fever, varicella, rotavirus, and influenza are all examples of live, attenuated vaccinations (LAIV).

Passive immunization is the transmission of pre-synthesized immune system components to a person so that the body does not have to manufacture these elements itself. Antibodies can now be used for passive immunization. This form of vaccination works rapidly, but it is temporary since antibodies are naturally broken down, and if there are no B cells to create new antibodies, they will disappear.

Passive immunization occurs when antibodies are given from mother to fetus during pregnancy to protect the fetus before and shortly after delivery.

Artificial passive immunization is often provided by injection and is utilized in cases when there has been a recent outbreak of a specific illness or as an emergency therapy for toxicity, such as tetanus. The antibodies can be created in animals, which is known as "serum therapy," but there is a substantial risk of anaphylactic shock due to immunity to animal serum itself. If humanized antibodies generated in vitro by cell culture are available, they are employed instead. 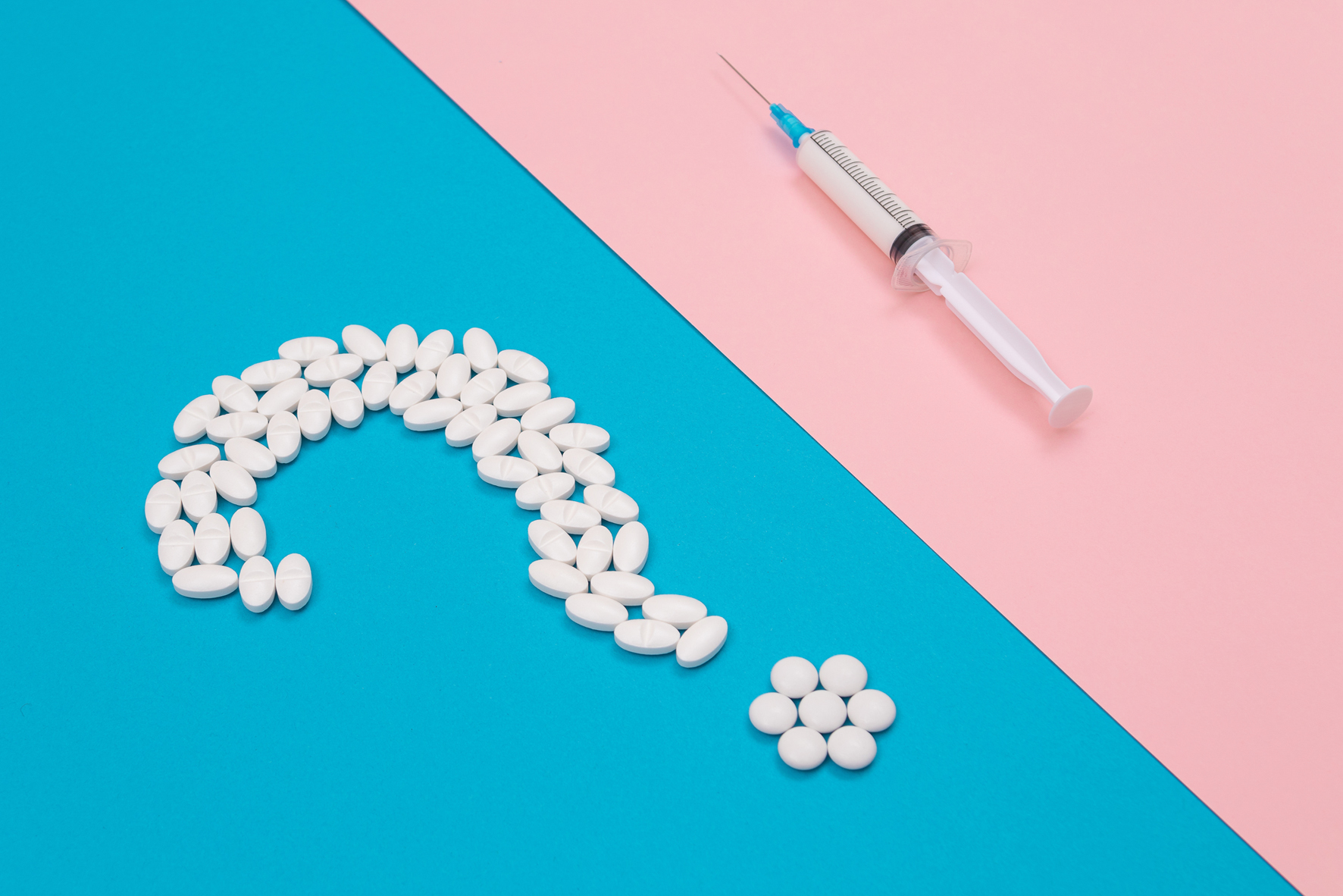 Louis Pasteur administered the first rabies immunization to a boy after he was bitten by a rabid dog. Since its development, the rabies vaccine has been shown to be effective in preventing rabies in people when given numerous times over 14 days in conjunction with rabies immune globulin and wound care. AIDS, cancer, and Alzheimer's disease vaccinations are among more examples. Immunizations of this type attempt to elicit an immune response more quickly and with less damage than spontaneous infection.

Most vaccinations are administered through injection because they are not consistently absorbed via the intestines. Live attenuated polio, rotavirus, certain typhoid, and some cholera vaccines are administered orally to induce gut immunity. While vaccination has a long-lasting impact, it normally takes several weeks for it to take effect. This is in contrast to passive immunity (the transmission of antibodies, for as during nursing, which has an immediate effect.

The terms "inoculation" and "vaccination" are frequently used interchangeably. However, while the concepts are similar, they are not synonymous. Vaccination is the administration of an attenuated (i.e. less virulent) pathogen or other immunogen to an individual, whereas inoculation, also known as variolation in the context of smallpox prophylaxis, is the administration of an unattenuated variola virus into the superficial layers of the skin, most commonly the upper arm. Variolation was frequently done 'arm-to-arm' or, less effectively,'scab-to-arm,' and frequently led the patient to get infected with smallpox, resulting in serious sickness in certain cases.

In China, confirmed applications of smallpox injection (variolation) occurred in the 1550s, whereas vaccinations began in the late 18th century with the work of Edward Jenner and the smallpox vaccine.

How to get my Immunization record?

Unfortunately, no national institution keeps track of immunization records. This information is not available at the CDC. The only records that exist are those given to you or your parents when the immunizations were administered, as well as those in the medical record of the doctor or clinic where the vaccines were delivered.

There are various places to visit if you need official copies of immunization records or if you need to update your own records:

What to do if you can't find your record?

If you can't find your personal records or doctor's records, you may need to repeat some of the vaccinations. While this is not ideal, it is safe to administer immunizations again. Blood tests can also be performed by your doctor to determine if you are immune to certain vaccine-preventable illnesses. 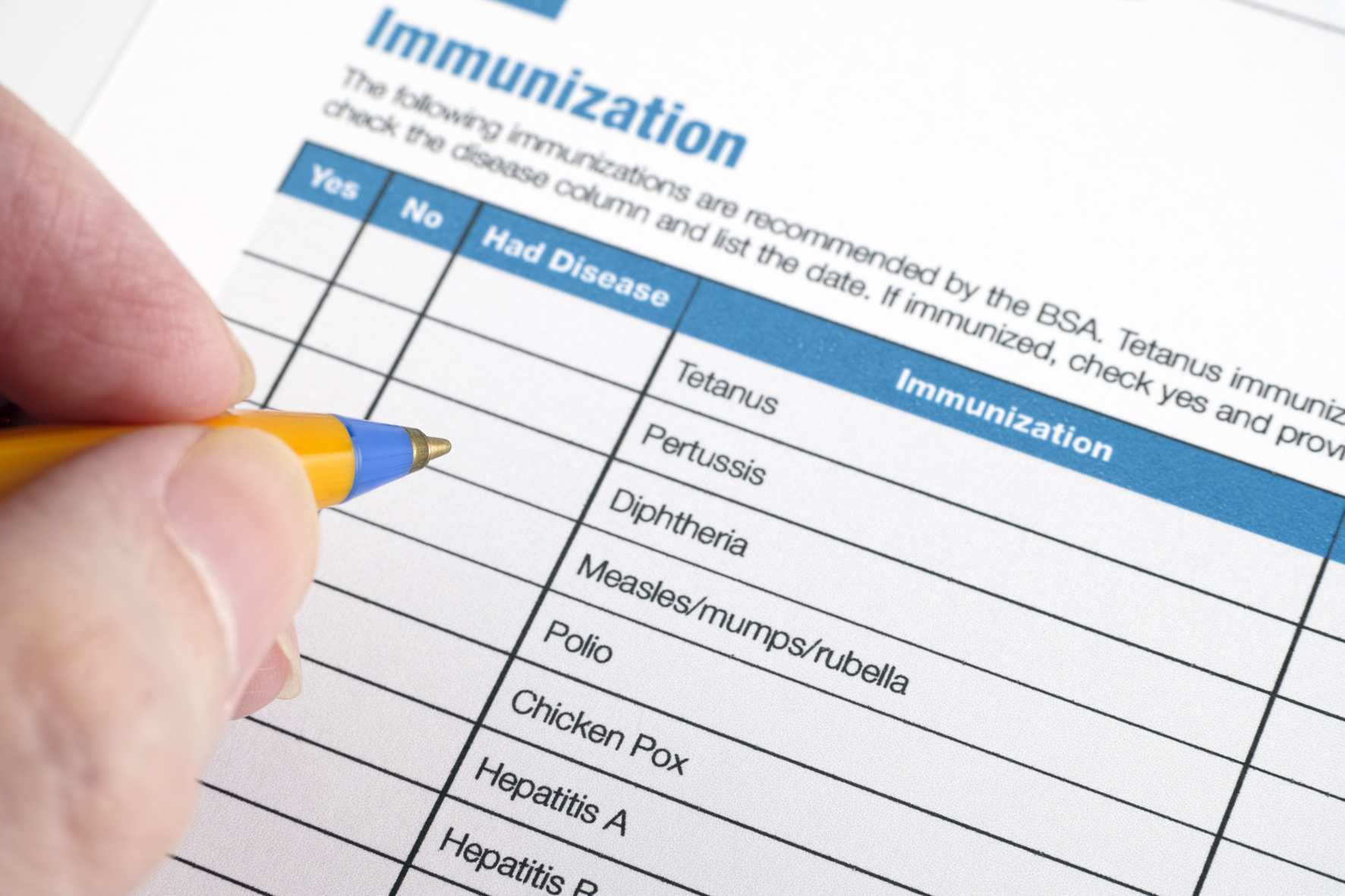 CDC recommended adult (aged 19 y and older) immunization schedule, by vaccine and age group. However, it needs to be appreciated that there may be variation from country to country and each vaccine has its own specific considerations which may need to be addressed individually.

Immunization is the procedure by which a person's immune system is strengthened against an infectious pathogen (known as the immunogen).

When this system is exposed to molecules that are alien to the body, known as non-self, it will organize an immune response and, as a result of immunological memory, it will gain the ability to promptly respond to a repeat encounter. This is an adaptive immune system function. As a result, by exposing a human or an animal to an immunogen in a regulated manner, their bodies can learn to protect themselves: this is known as active immunization.

T cells, B cells, and the antibodies produced by B cells are the most essential components of the immune system that are enhanced by vaccination. Memory B and memory T cells are in charge of responding quickly to a second interaction with a foreign chemical. Passive immunization is the direct delivery of these materials into the body rather than the body producing these elements.

Immunization is accomplished through a variety of methods, the most frequent of which is vaccination. Vaccines against pathogenic microorganisms can assist to prepare the body's immune system, allowing it to fight or avoid an illness. The idea that mutations can lead cancer cells to generate proteins or other compounds recognized by the body serves as the theoretical foundation for therapeutic cancer vaccinations.

Immunizations are usually reported as a less hazardous and easier approach to develop immunity to a specific disease than risking a lesser version of the disease itself. They are essential for both adults and children since they can protect us from the numerous illnesses that exist. Immunization not only protects adults from fatal infections, but it also aids in the development of their immune systems.

Some infections and diseases have been nearly totally eliminated over the world thanks to the use of vaccines. Polio is one such case. Polio has been eradicated in the United States since 1979, thanks to diligent health care workers and parents who vaccinated their children on time.

Polio is still present in other regions of the world; therefore, some individuals are still at risk of contracting it. This includes persons who have never had the vaccination, those who have not received all doses of the vaccine, and those who are going to places of the globe where polio is still widespread.

It is the role of health care clinicians to review adult patient immunization needs on a regular basis, provide recommendations, and give required vaccinations to adults. Successful vaccination programs combine potential vaccine recipients' education and publicity to promote vaccination, increased access to vaccination services in medical and complementary settings, such as workplaces and commercial establishments (e.g., pharmacies), and the use of practices shown to improve vaccination coverage, such as reminder-recall systems, efforts to remove administrative and financial barriers to vaccination, and the use of standing order programs for vaccination.