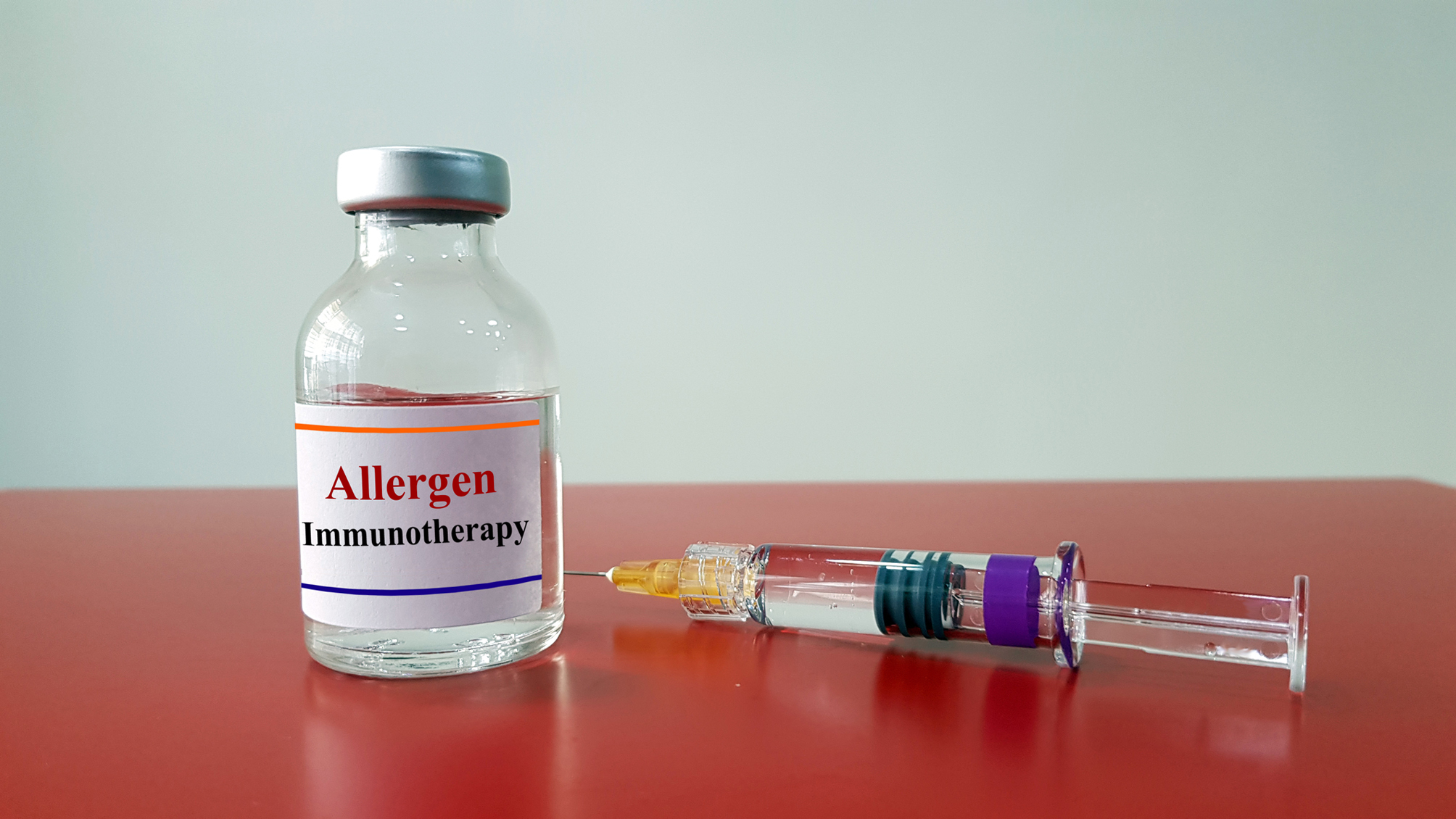 Allergen-specific immunotherapy is a potentially disease-modifying therapy that is useful in the treatment of allergic rhinitis/conjunctivitis, allergic asthma, and stinging insect hypersensitivity. Despite its demonstrated usefulness in these cases, it is routinely underused in Canada.

The decision to proceed with allergen-specific immunotherapy should be made on a case-by-case basis, taking into account individual patient factors such as the degree to which symptoms can be reduced by avoidance measures and pharmacological therapy, the amount and type of medication required to control symptoms, the adverse effects of pharmacological treatment, and patient preferences.

Because this method of treatment entails the danger of anaphylactic responses, it should only be recommended by physicians who are well-trained in the treatment of allergic disorders. Furthermore, injections for subcutaneous treatment must be administered under medical supervision in clinics that are equipped to handle anaphylaxis.

How does allergen-specific immunotherapy work? 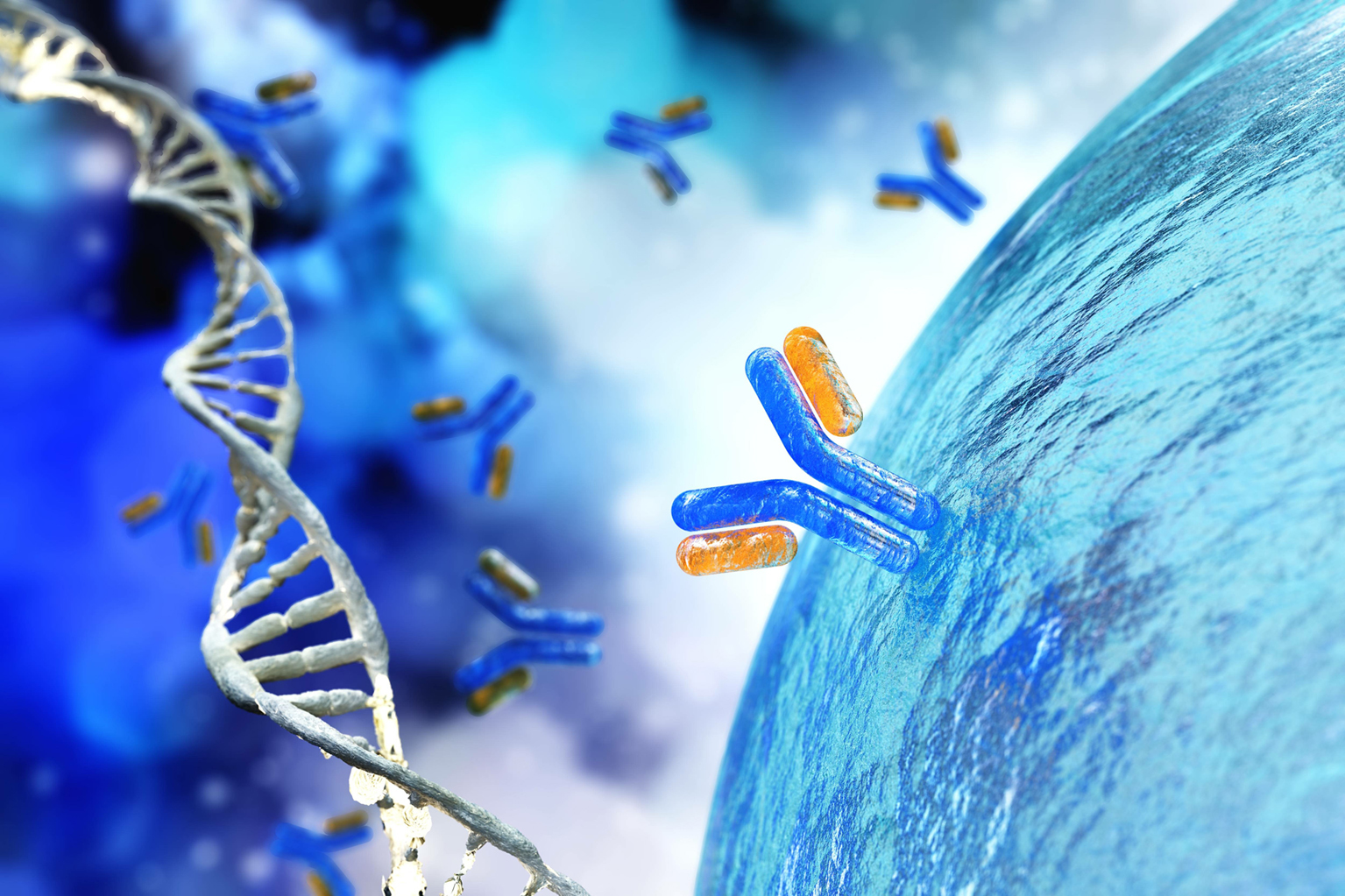 The immunologic alterations that occur during allergen-specific immunotherapy are complicated and not fully understood. Successful immunotherapy, on the other hand, has been linked to a change from T helper cell type-2 immunological responses, which are linked to the development of atopic diseases, to Th1 immune responses.

It is also linked to the generation of T regulatory cells, which generate the anti-inflammatory cytokine interleukin 10, as well as other proteins including transforming growth factor (TGF)-beta.

Allergen-specific immunotherapy has also been shown to diminish the recruitment of mast cells, basophils, and eosinophils to the skin, nose, eye, and bronchial mucosa following allergen exposure, as well as the release of mediators such as histamine from basophils and mast cells. Immunotherapy mechanisms research is currently underway and will assist to better explain how this type of therapy exerts its therapeutic benefits in allergic diseases.

Indications for usage of allergen-specific immunotherapy 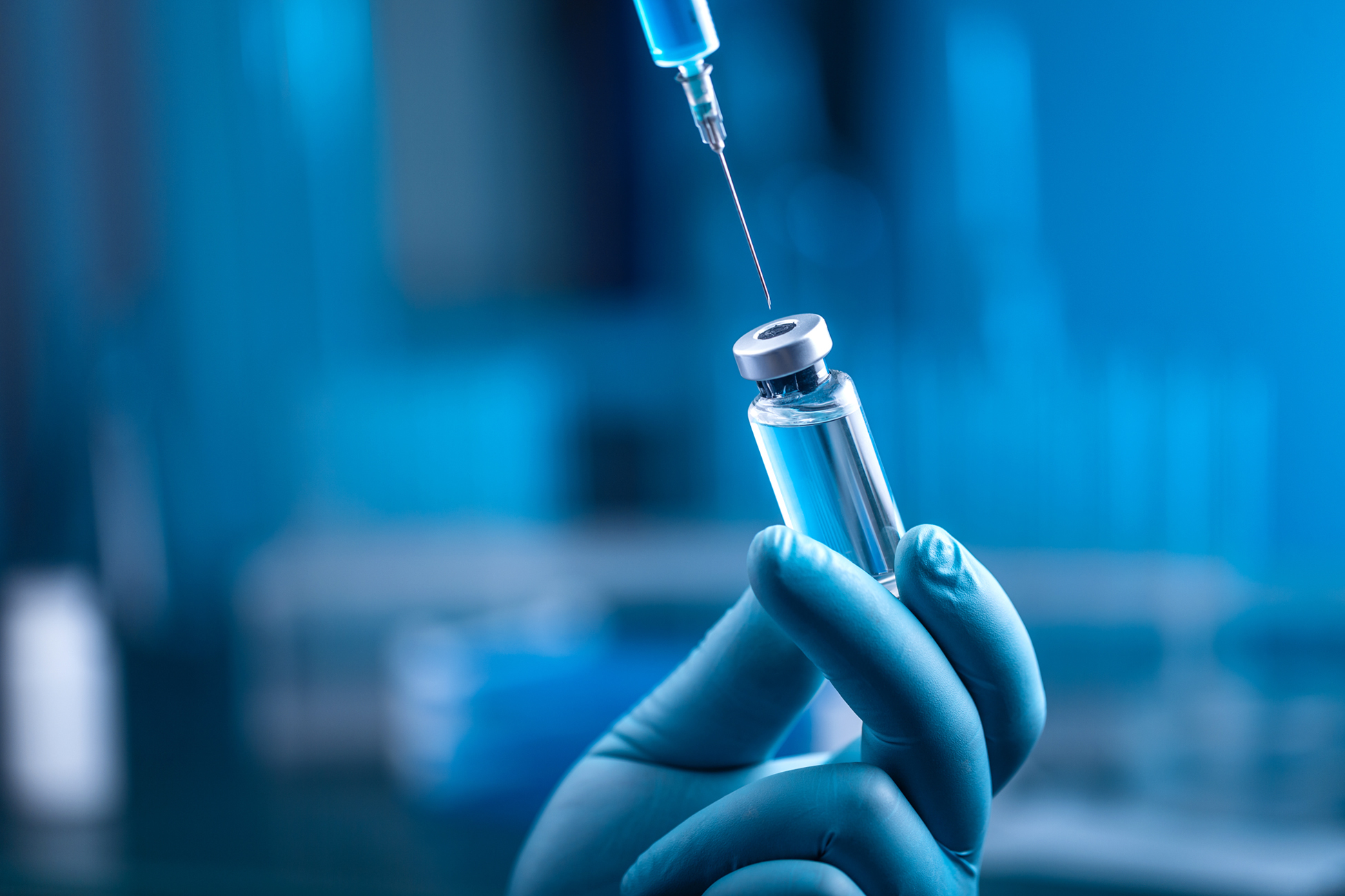 Patients with allergic rhinitis/conjunctivitis and/or allergic asthma who have specific IgE antibodies to clinically relevant allergens are indicated for allergen-specific immunotherapy. The primary technique of testing for particular IgE antibodies is skin prick testing(SPT).

Individuals of all ages who have had systemic responses to insect stings and have specific IgE to venom allergens may consider venom immunotherapy. Despite the fact that venom immunotherapy is not usually suggested for patients who have experienced cutaneous or local reactions to insect stings, research shows that it lessens the size and duration of major local reactions. As a result, it might be beneficial in those who have had a history of frequent, unavoidable, and/or irritating major regional responses, as well as detectable venom-specific IgE.

In addition to testing for venom-specific IgE, patients who are candidates for venom immunotherapy should have their basal serum tryptase measured, as an elevated level of this serine proteinase has been shown to be an important risk factor for severe reactions before, during, and after immunotherapy.

Severe systemic responses to venom from Hymenoptera (the insect family that includes bees and wasps) are uncommon, but they can be lethal. The goal of venom immunotherapy is to lessen the severity of allergic responses and the risk of death, as well as to enhance the patient's quality of life by enabling them to work or play outside without fear of having a significant allergic reaction.

Contraindication of allergen-specific immunotherapy use

Allergen-specific immunotherapy is not recommended for individuals who have medical problems that enhance their risk of dying from treatment-related systemic responses, such as severe or poorly managed asthma or major cardiovascular disease (e.g., unstable angina, recent myocardial infarction, significant arrhythmia, and uncontrolled hypertension)

Venom immunotherapy may be investigated in patients with life-threatening stinging insect hypersensitivity, even if they are on beta-blockers, because the danger of a deadly insect sting is significantly greater than the chance of an immunotherapy-related systemic reaction.

Furthermore, ACE drugs have been linked to an increased risk of severe responses to venom immunotherapy as well as stings, although this finding is not consistent. As a result, individuals receiving inhalant immunotherapy might consider discontinuing ACE inhibitors. During the build-up phase, the patient receives injections with increasing concentrations of allergens one to two times each week. The length of the build-up phase varies depending on how frequently injections are given, but it usually lasts three to six months. After reaching the effective dose, the maintenance phase begins, which varies based on an individual's response to the build-up phase.

The greatest evidence for the efficacy of sublingual immunotherapy comes from trials that utilized grass allergens or mite allergens to treat allergic rhinitis symptoms; the evidence reveals only a slight improvement.

Sublingual immunotherapy is used to treat allergic rhinitis, which is commonly caused by seasonal allergies, and is normally administered in a series of doses over a 12-week period. It is most effective when administered 12 weeks before the start of the pollen season. A physician administers the initial dosage to check for any unusual responses or anaphylaxis. Subsequent doses may be given at home, making this a more practical option than subcutaneous immunotherapy.

While there have been a variety of side effects associated with sublingual immunotherapy, significant adverse effects are extremely rare (approximately 1.4/100000 doses), and no fatalities have been documented. Anaphylaxis has been reported in a modest number of cases. The majority of adverse effects are local and they normally go away after a few days.

They include mouth, tongue, and lip swelling, throat soreness, nausea, stomach pain, vomiting, diarrhea, heartburn, and uvular edema. It is unclear whether there are any risk factors that may raise a person's susceptibility to these adverse consequences.

Oral immunotherapy is a treatment that includes feeding an allergic person increasing doses of a food allergen in attempt to raise the threshold that causes a response. Long-term, several research participants either required to ingest the allergen on a regular basis to maintain food desensitivity or suffered moderate allergic responses. Furthermore, oral immunotherapy has been linked to an increased likelihood of individuals requiring epinephrine.

Transdermal immunotherapy uses skin-induced suppression by epicutaneous administration of an antigen to raise the threshold that causes a response.

As a result, clinicians must balance the risks and benefits of therapy in this patient population. Immunotherapy risks vs. benefits must also be evaluated in the elderly, since these patients frequently have concomitant medical disorders that may enhance the likelihood of having immunotherapy-related adverse events.

Special consideration should be given to the use of allergen-specific immunotherapy in pregnant women, as well as in patients suffering from cancer or immunodeficiency/autoimmune disorders. Immunotherapy is not usually started in pregnant women; however, it can be continued in women who were taking it prior to becoming pregnant.

Finally, some doctors are hesitant to manipulate the immune system in patients who have autoimmune disorders, immunodeficiency syndromes, or cancer. However, once the risks and benefits of treatment have been evaluated, there is no clear evidence that allergen-specific immunotherapy is actually harmful to these patients. 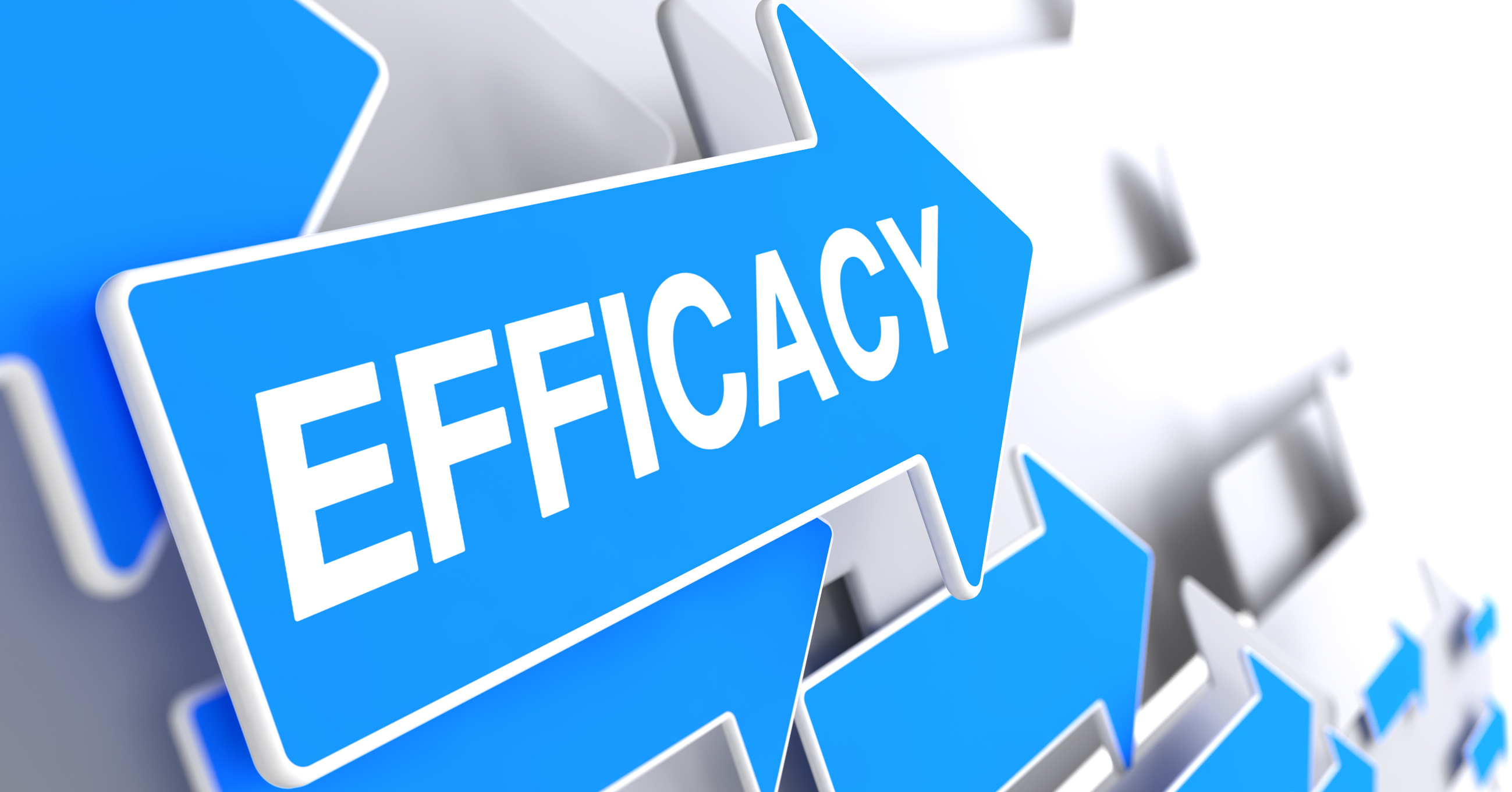 Allergen immunotherapy is an effective treatment for allergic rhinitis/conjunctivitis, especially in individuals who have intermittent (seasonal) allergic rhinitis induced by pollens such as tree, grass, and ragweed pollens.

It has also been demonstrated to be beneficial in treating allergic rhinitis caused by home dust mites, Alternaria, cockroaches, cats and dog dander. Even when patients are resistant to traditional pharmacological therapy, their symptoms frequently improve.

Evidence shows that at least three years of allergen-specific immunotherapy gives benefits in people with allergic rhinitis that can last for several years after therapy is stopped. Most allergists in Canada consider discontinuing immunotherapy after 5 years of acceptable treatment.

Recent research has shown that merely two years of immunotherapy, either subcutaneously or sublingually, is insufficient to achieve long-term results. Immunotherapy may potentially lower the risk of future asthma development in children with allergic rhinitis.

Immunotherapy has been demonstrated to be useful in the treatment of allergic asthma caused by grass, ragweed, home dust mites, cat and dog dander, and Alternaria. A Cochrane review of 88 randomized controlled studies on the use of allergen-specific immunotherapy in asthma treatment showed its efficacy in lowering asthma symptoms and medication usage, as well as improving airway hyperresponsiveness.

Patient selection prior to allergen-specific immunotherapy Individual patient factors such as the degree to which symptoms can be reduced by avoidance measures and pharmacological therapy, the amount and type of medication required to control symptoms, and the adverse effects of pharmacological treatment should be considered when deciding  to proceed with allergen-specific immunotherapy.

Patients who are chosen for immunotherapy should be cooperative and obedient. Those with a history of nonadherence or who are mentally or physically unable of communicating clearly with their treating physician may be poor candidates for immunotherapy. Inability to adequately communicate with the physician makes it difficult for the patient to disclose signs and symptoms suggestive of systemic responses.

Children, as well as individuals with a history of milder responses, are at a decreased risk of recurring systemic reactions.

It's also vital to think about employment and regional characteristics that might raise the chance of future stings. Bee stings, for example, are far more prevalent in beekeepers, their families, and their neighbours. Certain jobs, such as bakers, grocers, and outdoor laborers, are more likely to get stung by a yellow jacket.

Patients with allergic rhinitis who are unable to sleep due to symptoms or whose symptoms interfere with job or school performance despite medications and allergen avoidance strategies are ideal candidates for immunotherapy.

Those who have adverse side effects from pharmacological therapy, such as nosebleeds from intranasal steroids or excessive sleepiness from antihistamines, as well as those who find pharmacotherapy inconvenient or ineffective, may be good candidates for immunotherapy.

As with allergic rhinitis and venom allergy, allergen-specific immunotherapy should be evaluated on a case-by-case basis in asthma. It can be used before a trial of inhaled corticosteroid (ICS) therapy in patients with very mild allergic asthma and concurrent allergic rhinitis, as well as an add-on therapy in individuals who are already receiving ICSs.

If asthma symptoms are managed using combination inhalers, ICS/leukotriene receptor antagonists (LTRAs), and/or omalizumab, allergen-specific immunotherapy may be considered. To lower the likelihood of severe responses, asthma symptoms must be managed, and the forced expiratory volume in 1 second (FEV1) must be more than 70% expected at the time immunotherapy is delivered. 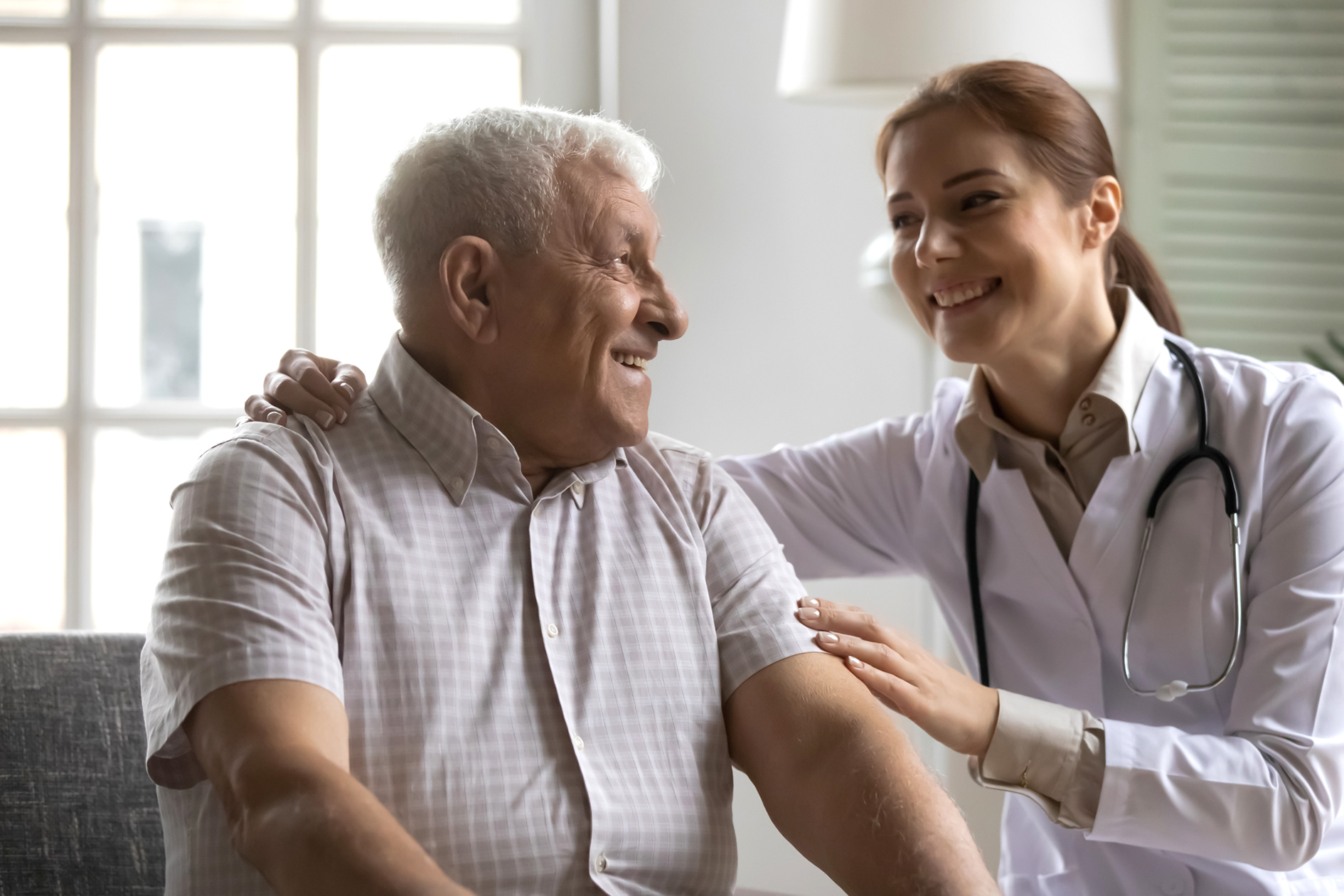 When utilized in adequately chosen individuals, subcutaneous allergen-specific immunotherapy is typically safe and well-tolerated. However, both local and systemic responses are possible. Local responses, such as redness or itching at the injection site, may usually be treated with cold compresses or topical corticosteroids, or with oral antihistamines. Systemic responses occur in about 1–4% of people receiving subcutaneous allergen immunotherapy and can range from mild to severe.

Anaphylaxis is the most severe response. Fatal anaphylactic responses are extremely rare, happening in approximately one out of every eight million doses of immunotherapy delivered.

Anaphylaxis causes a variety of signs and symptoms that affect the skin, gastrointestinal, respiratory tracts, and cardiovascular system. These effects usually appear within 30 minutes of receiving the immunotherapy treatment.

In fact, the majority of reported fatalities (73%) happened within 30 minutes after the injection. It is crucial to note that the signs and symptoms of anaphylaxis are unexpected and might differ from person to person. Although it is unknown how this type of therapy works, it has been linked to a change from Th2 to Th1 immune responses, as well as the generation of T regulatory cells that decrease the immune response to specific allergens.

Allergen-specific immunotherapy is highly safe when administered in adequately chosen individuals. This type of medication, however, has the risk of anaphylactic responses and should only be recommended by physicians who are well experienced in allergy management. Furthermore, immunotherapy should only be delivered by doctors who are trained to treat life-threatening anaphylaxis.