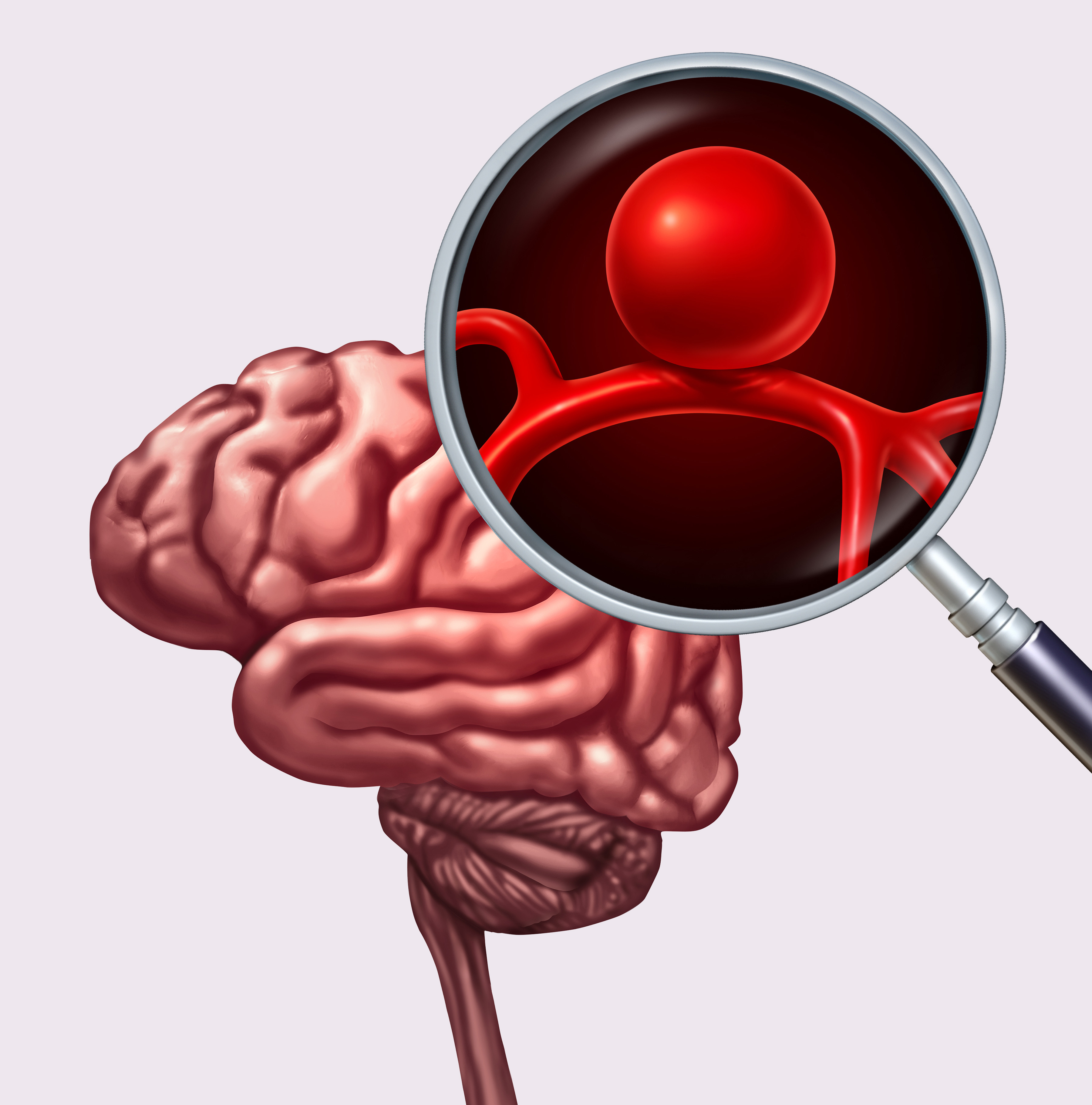 A brain aneurysm is a protrusion or bulging around the weak section of a blood vessel within or around the brain. The persistent blood flow pressure pushes outwards on the more vulnerable part, resulting in a blister-like protrusion.

The aneurysm tends to extend out even further when blood flows into the bulge. It's comparable to how or when a balloon fills with air; it becomes thinner and is likely to explode. When an aneurysm ruptures (bursts open) or leaks, it results in brain hemorrhage. It can sometimes result in a hemorrhagic stroke. This is when blood clots in or around the brain, causing brain damage and even death.

The majority of brain aneurysms, on the other hand, do not burst, cause medical problems, or trigger symptoms. Aneurysms of this type are frequently discovered during examinations for other disorders.

Signs and Symptoms of Brain Aneurysm

A brain aneurysm is normally unpredictable, and it might go undetected until it burst. Ruptured or bigger aneurysms frequently have distinct symptoms and necessitate immediate medical attention. The common symptoms and warning signals of a brain aneurysm differ depending on whether or not it has ruptured.

A ruptured brain aneurysm can cause the following symptoms:

You may only get a sudden, severe headache if you have a leaking brain aneurysm. If you notice one or more of such symptoms, find medical help as soon as possible.

The actual cause of a brain aneurysm is not known. However, an aneurysm in the brain can grow or burst as a result of certain occurrences. The following factors may cause an existing aneurysm to rupture;

A brain aneurysm can develop throughout a person's life course, be inherited, or occur due to a brain injury. The genetic condition autosomal dominant polycystic kidney disease (ADPKD) compromises the function of the kidney. It also causes fluid-filled cobweb-like pockets (cysts) within brain tissue. Blood pressure elevates as a result of the disorder, weakening blood vessels located in the brain and other parts of the body.

Marfan's syndrome is a genetic disorder that compromises the genes controlling the production of connective tissue in the body. Damage to the artery's structure leads to vulnerabilities that can cause an aneurysm in the brain.

A traumatic injury of the brain can cause tissue to rip and a dissecting aneurysm to form. If a major illness in the body affects the arteries, it might cause an aneurysm. Most brain aneurysms are caused by smoking and chronically high blood pressure.

Who is at a Risk of Developing Brain Aneurysm?

Everyone can develop a brain aneurysm. However, those who have atherosclerosis, a condition where the arteries harden, are at a higher risk of developing brain aneurysms. According to the Brain Aneurysm Foundation, brain aneurysms are more prevalent in persons aged 35 to 60.

Also, because of reduced estrogen levels following menopause, women are more likely than men to develop an aneurysm. If you have a family background of a brain aneurysm, your chances of getting one are high.

Other variables that can contribute to a brain aneurysm are; 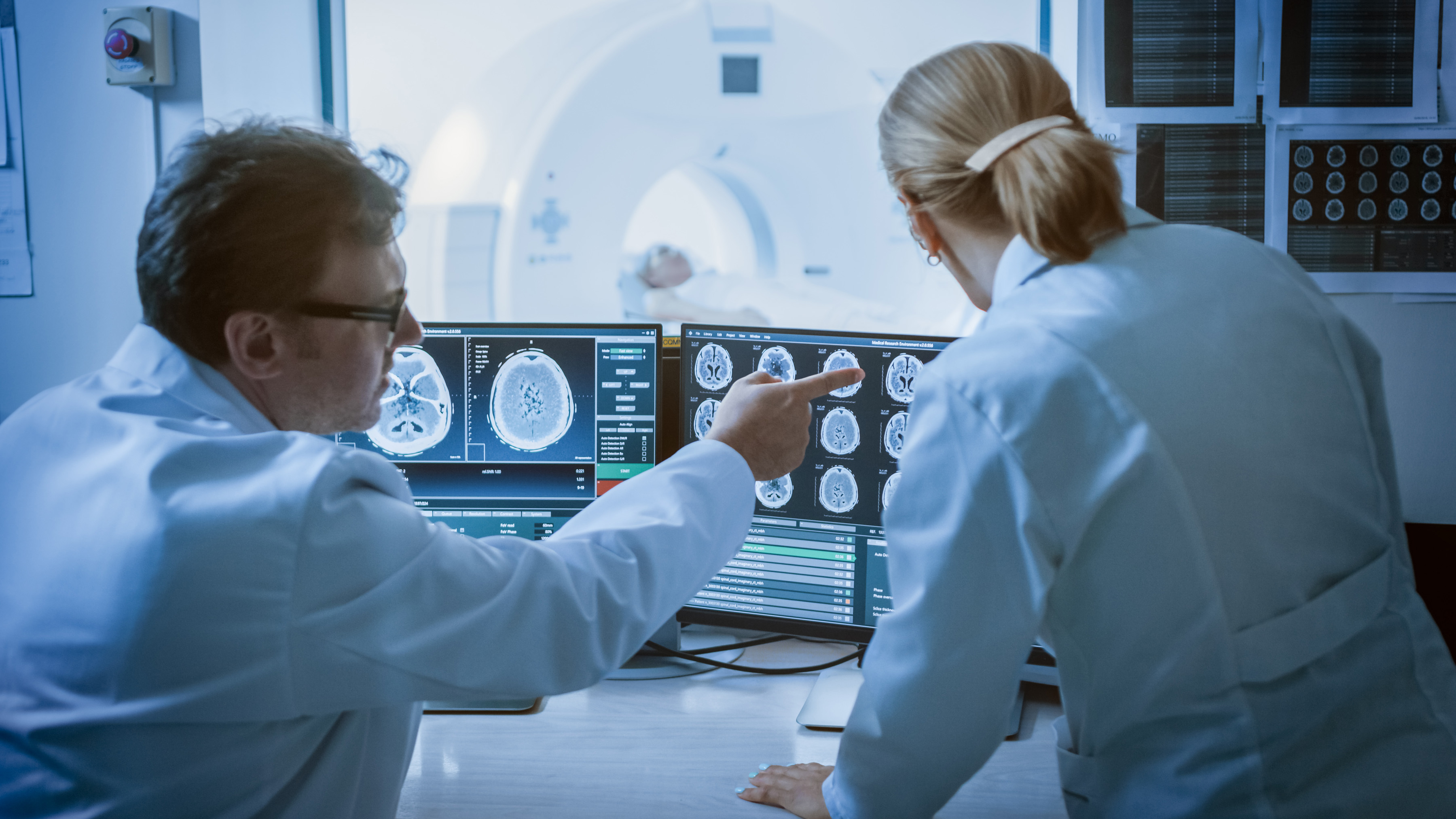 It's possible that a brain aneurysm will go undetected until it bursts. It can, however, be diagnosed with a particular test in those with a family history of the condition, high-risk factors, and hereditary aneurysm-associated medical conditions.

If you get a sudden, chronic headache or any other symptom that could indicate a ruptured brain aneurysm, you will under one or more tests. This is to see if you've suffered bleeding into the space between the brain and nearby tissues (subarachnoid hemorrhage) or even a stroke.

If you have symptoms related to an unruptured brain aneurysm, you will undergo tests to determine which aneurysm is causing the problem. These symptoms can include pain in the back of the eye, vision abnormalities, or double vision.

The following are examples of the brain aneurysm diagnostic tests;

Computerized tomography (CT) scan: This is a type of specialized x-ray technique. It’s usually the first test that doctors use to see if you have a brain hemorrhage. CT scan generates 2-dimensional slices of the brain, making it easy to identify an aneurysm.

Magnetic resonance imaging (MRI): This type of imaging test produces detailed pictures of the brain using a strong magnetic field and radio waves. The images are either in 3-D images or 2-D slices. MRI angiography, a form of MRI that examines the arteries in further detail, may identify the existence of an aneurysm.

Test of the cerebrospinal fluid: Red blood cells are likely to be present in the fluid that surrounds the brain and the spine. This occurs if you have experienced a subarachnoid hemorrhage. If you exhibit symptoms of a ruptured brain aneurysm but no signs of bleeding on a CT scan, the doctor will conduct a cerebrospinal fluid test.

Brain or cerebral angiogram: This diagnostic procedure involves inserting a tiny, flexible tube or a catheter into a major artery. In most cases, the doctor will use the artery in the groin and thread across the heart into the brain arteries. They will then inject a special dye into the tube to reach the brain's arteries. Several x-ray images can show the details of the condition and identify an aneurysm.

A brain aneurysm treatment varies depending on the aneurysm's size, location, and seriousness. It also depends on whether it is leaking or ruptured. The doctor can recommend a pain killer to help ease associated symptoms such as eye pain and headaches. 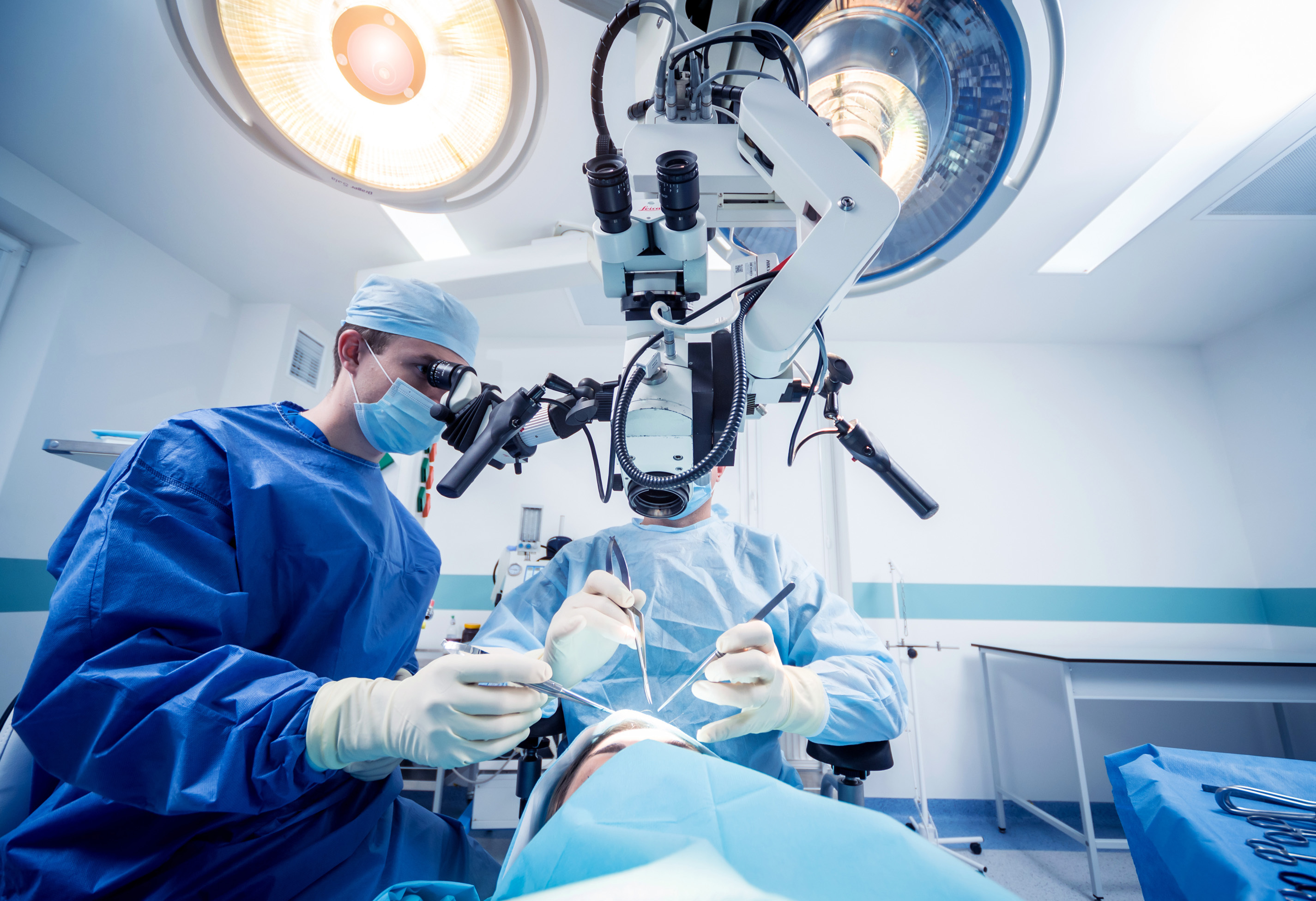 The common treatment options to address ruptured and unruptured brain aneurysms and even prevent future rupture include;

This is a surgical operation that doctors use to shut off a brain aneurysm. To access the aneurysm, the neurosurgeon will take out a portion of your skull and locates the blood vessel feeding the aneurysm. After that, he or she will insert a small metal clip around the aneurysm's neck to block the blood flow.

Compared to surgical clipping, endovascular coiling is a less invasive treatment. The surgeon threads a hollow plastic catheter or tube through the body towards the brain aneurysm by inserting it into an artery, normally in the groin.

After that, the surgeon will put a soft platinum wire via the catheter and direct it to the aneurysm using a guidewire. Within the brain aneurysm, the wire coils up, disrupting blood supply and effectively sealing the aneurysm from the brain artery.

Flow diverters, which are tubular stent-like implants that divert blood movement further from the aneurysm sac, are the new treatment option for a brain aneurysm. The diversion blocks blood flow within the aneurysm, causing the body to repair the area and encourage parent artery rebuilding. Patients with a bigger aneurysm that cannot be safely addressed with existing methods may benefit from flow diverters.

Your doctor or neurosurgeon will make a decision depending on the location, size, and general look of the brain aneurysm. It can also include other elements, such as the capability to undergo an operation.

A sudden, intense headache that includes or excludes stroke symptoms might indicate a brain aneurysm. A ruptured brain aneurysm is generally a dangerous and sometimes fatal disorder that necessitates urgent medical attention and treatment.

If you have an unruptured brain aneurysm, discuss the risks and advantages of various treatment and management alternatives with your doctor. Also, you can consider brain aneurysm prevention measures to avoid occurrence.