Depression is also known as major depressive disorder or clinical depression. It is a type of mood illness characterized by a continuous sense of sadness and a loss of interest. It affects how a person thinks, feels, and behaves and could result in a number of mental and physical issues. You can find it difficult to carry out daily tasks, and you might even feel as if life is worthless.

Depression can worsen and linger longer if it is not treated. It could also cause self-harm or even death in severe circumstances. However, the good news is that treatments for depression can be highly helpful in alleviating the associated symptoms.

Depression can be classified into different categories based on the intensity of the symptoms. While some people have mild, transient depressive episodes, others have severe, long-term depressing episodes.

The major types of depression include;

Major depression or clinical depressive disorder is characterized by significant or overpowering symptoms that persist for more than two weeks. Such symptoms make it difficult to go about your daily routine.

Individuals who have bipolar disorder experience episodes of low mood followed by intervals of high energy (mania). They might experience depressive symptoms like sadness, hopelessness, or even lack of energy during this time.

This is also referred to as dysthymia. Persistent depressive disorder symptoms are milder than those of major depression. However, persons with the condition can have symptoms that last for up to two years or even more.

This disorder is characterized by severe depression symptoms as well as delusions or hallucinations. Hallucinations entail hearing, seeing, or feeling touched by something that is not there in reality. On the other hand, delusions involve believing in things that aren't rooted in reality.

This form of depression, also known as a seasonal affective disorder, is linked to the daylight reduction throughout the fall and winter seasons. During the rest of the year, and in reaction to light therapy, the condition improves. Individuals living in nations with long or harsh winters appear to be more afflicted by this disorder.

Signs and Symptoms of Depression

Depression is more than just being unhappy all of the time or feeling "down." Major depression can manifest itself in a variety of ways. While some have an impact on your mood, others affect your physical health. On the other hand, the symptoms may be persistent or intermittent.

Men, women, and children can all have varied signs and symptoms of depression. The general symptoms that can affect people of all ages include;

The following are some depression symptoms that are more common in women:

Males with depression are more prone than females to drink excessively, be angry, and take risks as a result of their condition. The common signs and symptoms of depression in men include:

On the other hand, teenagers are likely to exhibit the following signs and symptoms: 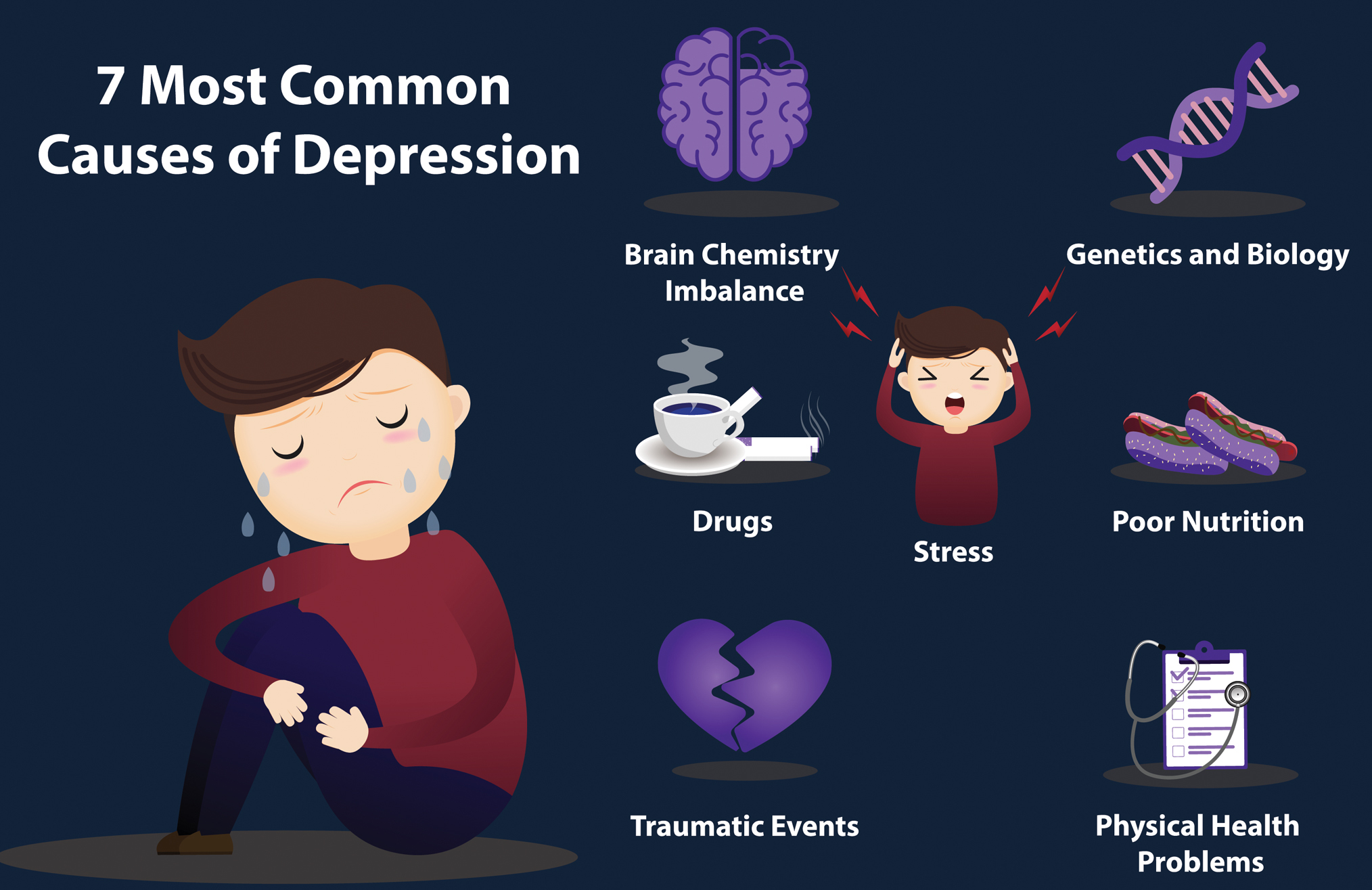 Depression can result due to a variety of factors, including:

The doctor or a psychiatrist may make a depression diagnosis depending on the following factors:

Laboratory tests: A complete blood count or a thyroid test, for example, might be performed by your doctor to ensure that your thyroid is working appropriately.

Evaluation by a psychiatrist: The mental health provider will inquire about your symptoms, feelings, thoughts, and patterns of behavior. To help respond to these concerns, you may have to complete a questionnaire.

DSM-5: The depression criteria, according to the Diagnostic and Statistical Manual of Mental Disorders (DSM-5), may be recommended by the mental health practitioner.

Living with depression tends to be challenging; nonetheless, treatment could help you live a better life. Discuss your choices with your medical practitioner. You might be able to control your symptoms using only one type of treatment, or you could discover that combining treatments is the most effective.

Therefore, the specialist can recommend one or a combination of the following depression treatment options;

Antidepressants, a type of prescription medication, can assist in altering the chemical in the brain that leads to depression. Normally, antidepressants could take many weeks to work. Other antidepressants have adverse effects, even though they usually fade over time. If they fail to, then speak with your medical provider since different drugs might be more effective for you.

There are several types of antidepressants medications available, including; 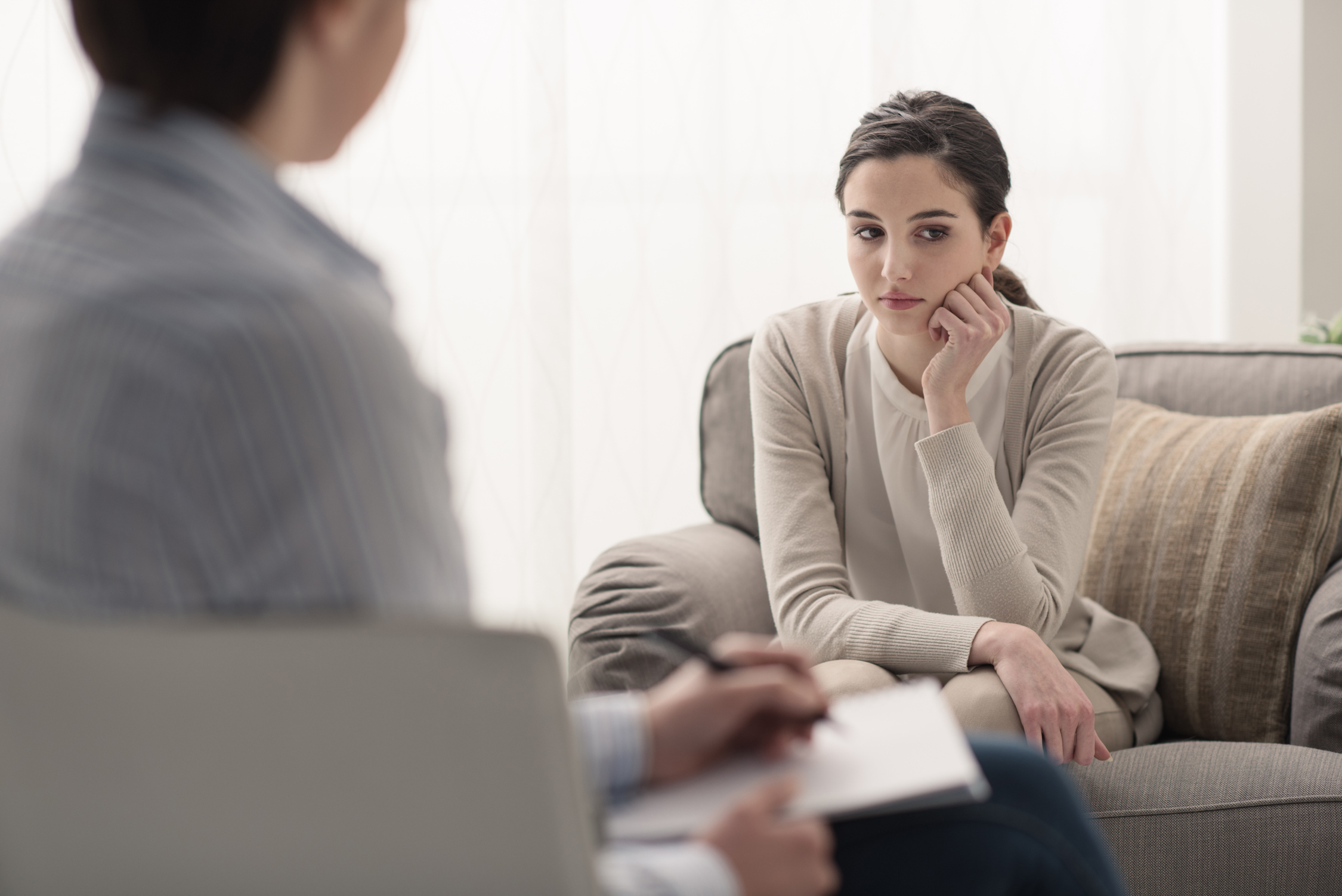 Psychotherapy is a broad term that generally involves talking to a mental health expert regarding your depression and related difficulties in order to get help. Another term for psychotherapy is talk therapy or psychological therapy.

Depression can be treated with a variety of psychotherapies, including cognitive-behavioral therapy and interpersonal therapy. Your mental health practitioner may suggest other forms of therapy.

In general, psychotherapy can assist you in the following ways:

Endorphin levels tend to rise during aerobic exercise while the neurotransmitter norepinephrine, which is associated with mood, is stimulated. This could aid in the treatment of mild depression.

Depression disorder is a severe condition that can have devastating consequences for you and even your family. If depression is not treated, it can lead to behavioral, mental, and health issues that influence every aspect of life.

The following are some examples of depression-related complications:

Depression is a widespread disorder affecting millions of people in the world each year. Depression can strike anyone, even if there appears to be no apparent cause. It can occur due to a variety of factors, including life challenges, brain chemistry anomalies, certain drugs, and physical ailments.

The good news is that depression can be successfully treated. Consult your doctor if you're experiencing depression symptoms. The earlier you get assistance, the sooner you will be able to get better.