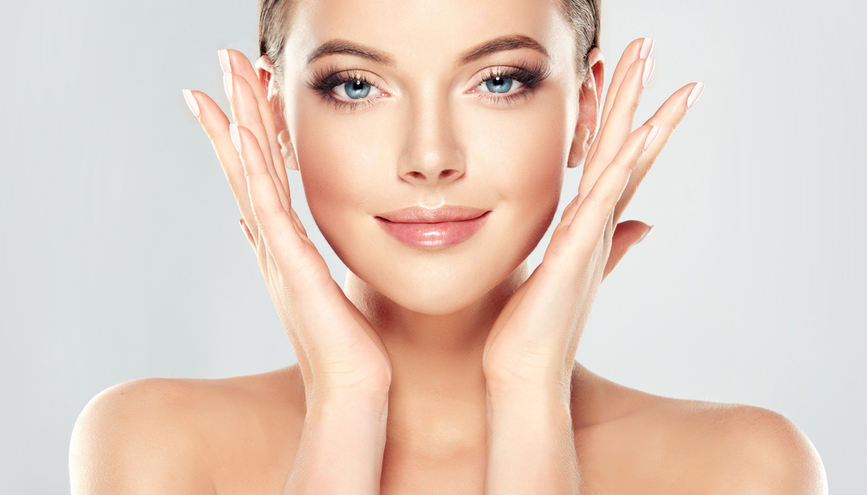 A facelift is a frequent form of cosmetic surgery that involves the improvement of visible signs of aging in the face and neck. There are several sorts of facelift operations, so chat to your surgeon about what would work best for you.

A face-lift involves pulling back a flap of skin on each side of the face and surgically altering the tissues deep within the skin to restore the contour of the face to a more youthful form. Excess skin is removed before the flap is sutured closed. 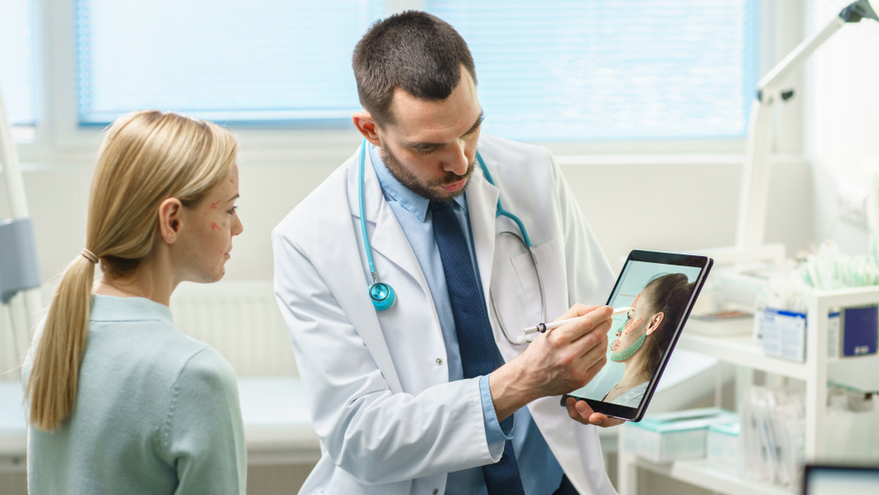 Any surgeon who want to do a facelift operation must be familiar with the structure of the face. The skin is the first layer in the facelift anatomy. The blood supply to the skin and facelift flap is controlled by the dermal plexus of blood vessels. Typically, fat is left adherent to the dermal under-surface of the flap to improve its viability.

The subcutaneous layer comes next. This layer's fat is in close contact with the deeper SMAS and the superficial dermis. This layer can be securely penetrated without causing harm to the anatomic structures. The thickness of the subcutaneous layer varies depending on the area and patient. It thickens over the malar area and is held together by ligaments that go from the underlying periosteum through the malar pad and into the dermis. Because of its fibrous structure, this region, also known as McGregor's patch, creates resistance during dissecting.

The SMAS layer is the third layer. This layer separates the parotidmasseteric fascia and facial nerve branches from the subcutaneous fat. The SMAS layer is joined to the galea in the scalp, the temporoparietal fascia in the temples, and the superior cervical fascia in the neck via the galea. SMAS runs parallel to the platysma and divides two layers of fat in the face into superficial and deep layers. This plane contains all of the motor neurons for the face muscles . When this layer is stretched or pushed, the entire lateral face moves in the desired direction. In principle, this would allow the face to move more as a unit, resulting in more efficient expression.

The subSMAS plane is the fourth surgical plane. It houses the facial nerve motor branches as well as the parotid duct. The layer that covers the parotid gland and masseter muscle is known as the parotidomasseteric fascia. The facial nerve branches are protected by operating above this layer. The SMAS is an extension of the superficial cervical fascia, while the parotidomasseteric fascia is an extension of the deep cervical fascia's superficial layer into the face and the deep temporal fascia over the zygomatic arch. The risk of harm to the facial nerve branches rises with deeper and more anterior dissection under this layer.

A normal facelift procedure may cause harm to several additional components. The sternocleidomastoid muscle is in close proximity to the larger auricular nerve and the external jugular vein. The earlobe and face are innervated by the greater auricular nerve. Because these two structures are usually superficial to the SMAS layer, dissecting in the subcutaneous layer may preserve them.

What is a Facelift? 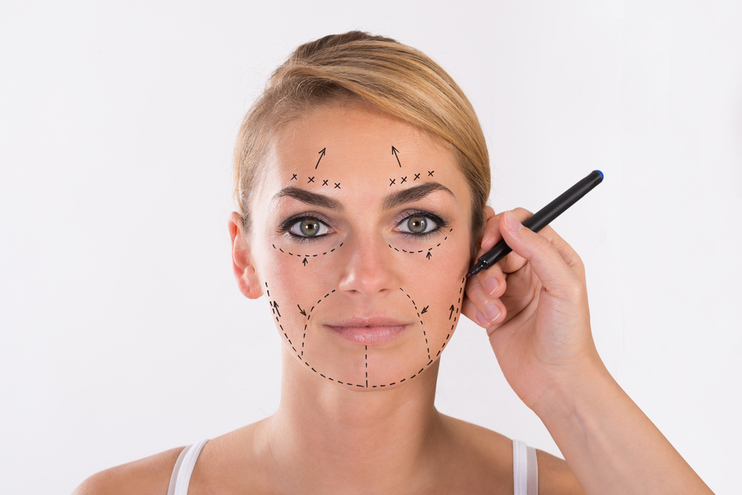 A facelift (also known as a rhytidectomy) is a broad term for any surgical procedure that translocates or removes skin, fat, and/or muscle to reduce signs of aging in the face and/or neck. A facelift can restore the following signs of aging:

Facelifts are cosmetic restorative treatments that cannot fundamentally alter your look or stop the aging process. They also cannot address superficial wrinkles, UV damage, or skin colour anomalies. Facelifts are highly personalized operations that are tailored to each individual's face and desired outcome.

What is Double Face Lifting? 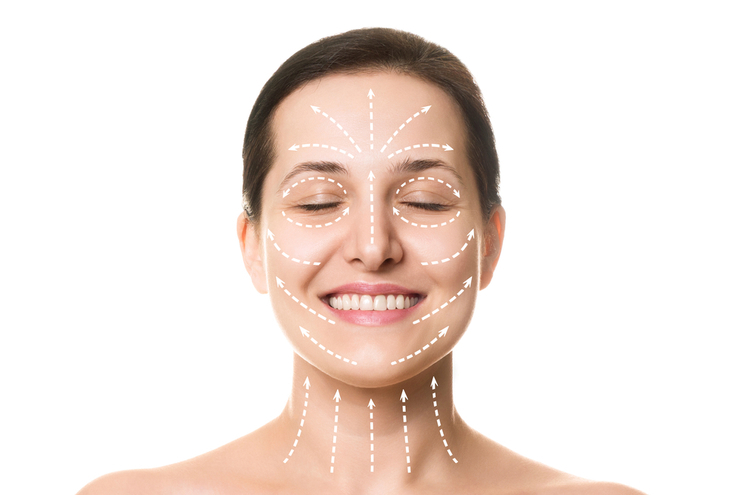 Age-related deterioration caused by face skin flexibility, continual triggering exposure to sunshine, and natural gravitational pull. Mid-face lifting is one of the most effective techniques to address this aging problem.

Double-up Face lifting is a surgical procedure that reduces deeply furrowed wrinkles while preserving the natural face musculature. Unlike general surgery, which lifts sagging skin by excising loose skin, this technique eliminates the droopy component of the Superficial Muscular Aponeurotic System (SMAS) and then concurrently stretches the SMAS and the skin to achieve long-lasting young skin. 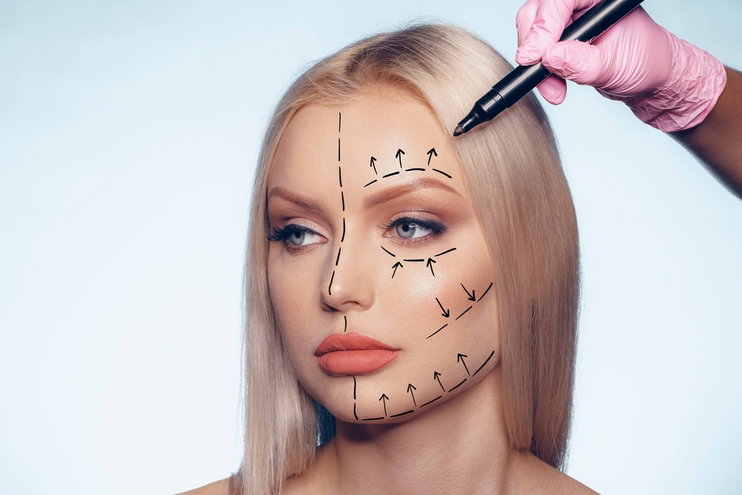 How Do You Prepare for a Double Facelift Surgery? 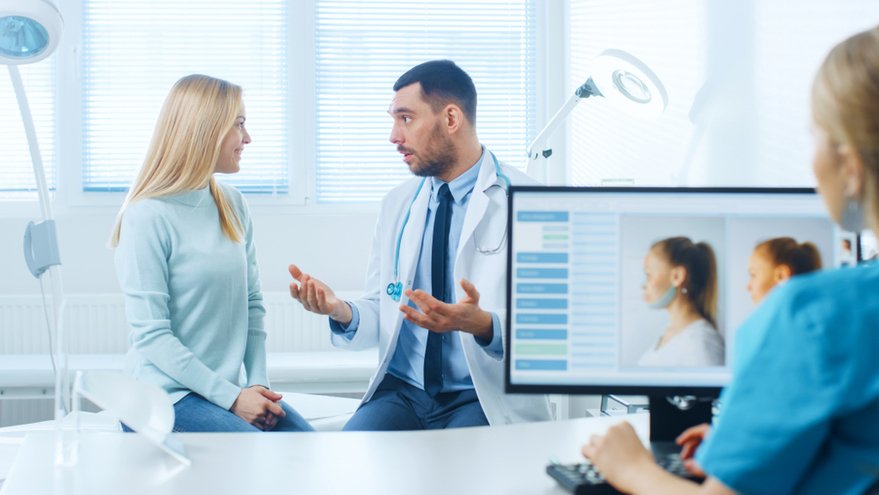 Your surgeon may have you do the following in preparation for double facelift surgery:

You should have someone stay with you for at least the first 48 hours after surgery. You may need to take up to three weeks off work if you get a more invasive facelift, such as a traditional facelift. Less invasive procedures, such as a mini-facelift, normally need five to seven days away from work. Make sure to discuss this with your surgeon so that you can prepare properly.

Before having facelift surgery, make sure you prepare a recovery area in your house that contains the following items:

How the Procedure Done? 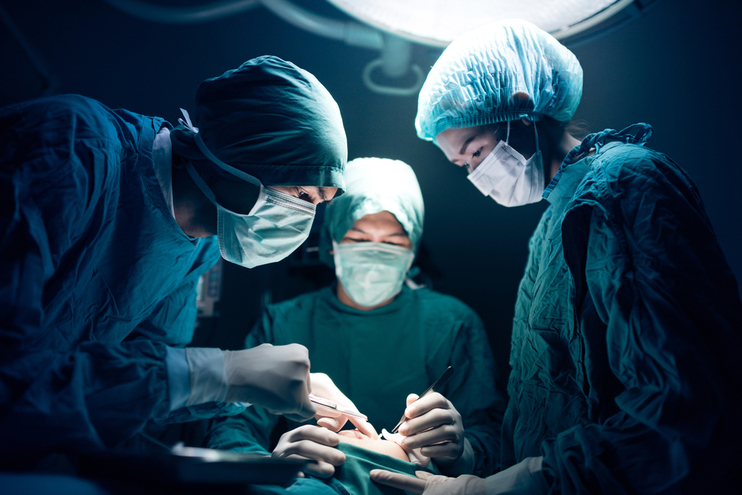 To treat aging changes of the midface (i.e., malar fat pad) and nasolabial grooves, a double facelift was proposed instead of a traditional facelift. The fundamental idea behind this approach was to reverse gravity's influence by manipulating deep soft tissues in order to achieve more pleasant changes in older patients.

Subcutaneous dissection is performed 2 to 3 mm anterior to the tragus at the start of the surgery. After a few millimeters of exposure, the SMAS layer is incised. The subSMAS plane is the dissection plane. During dissection, there are three basic reference points. The initial reference point, orbicularis oris, should not be regarded a component of the flap in this process.

By integrating the majority of the soft tissue into the flap, good cosmetic outcomes can be obtained. The second key reference point is the zygomatic major muscle. Deep plane dissection is continued superiorly to the muscle's borders. The zygomatic minor muscle is the final point of reference. The zygomatic cutaneous ligament, a key face retaining ligament, is directly lysed. To fully mobilize the midface, this ligament must be released. Skin, subcutaneous tissue, and a malar fat pad make up the final flap.

Patients with substantial midface and mentolabial fold aging are suitable candidates for this surgery. This strategy is not recommended for individuals who have unrealistic expectations and are in poor medical condition. This treatment is not appropriate for a secondary facelift unless the previous one was not a subSMAS procedure. Although it is advised in certain studies for smokers, the surgeon should be aware of the increased risk of wound healing issues. 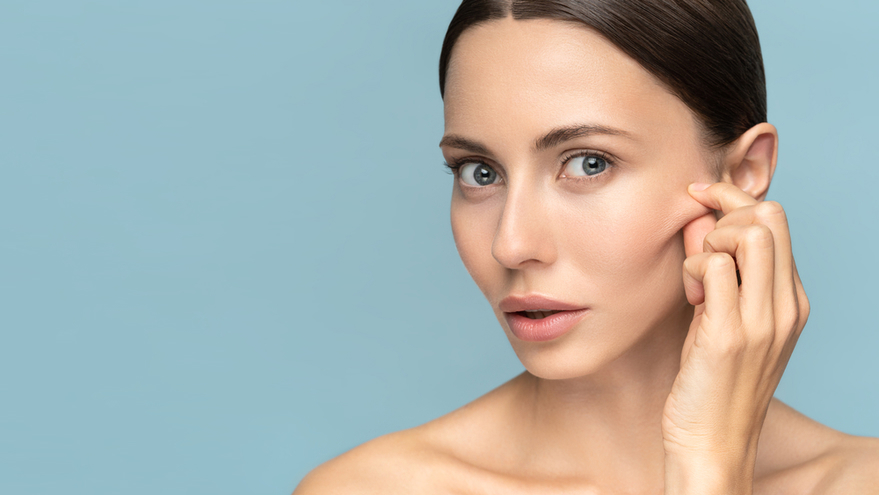 Complications & Side Effects of Double Facelift 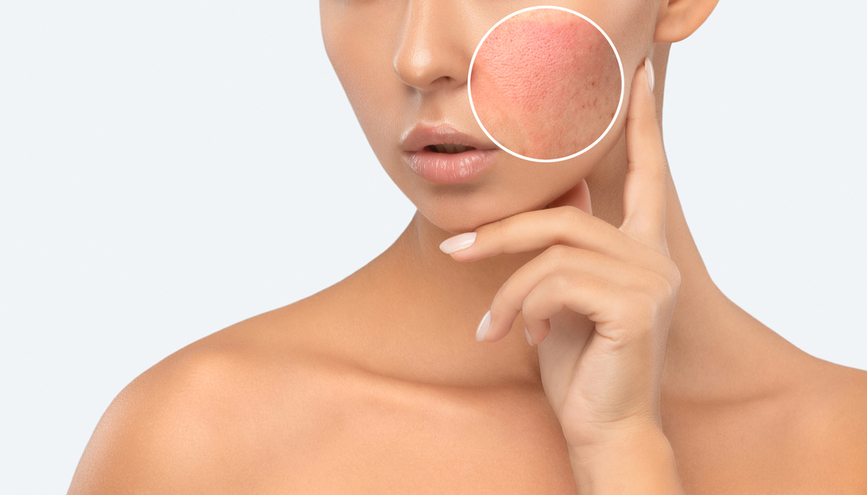 Face-lift surgery might result in problems. Some are treatable with proper care, medications, or surgical intervention. While long-term or chronic problems are uncommon, they might cause dramatic changes in appearance. Among the risks are:

Other important considerations include:

When to Call Your Doctor?

If you've had a facelift, you should contact your doctor or surgeon right away if you notice any of the following symptoms or experiences: 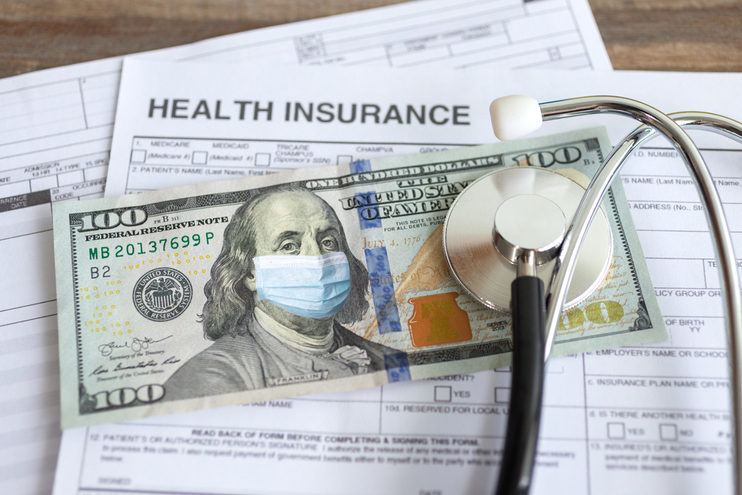 Because most insurance companies do not cover cosmetic or elective surgery, you will most likely have to pay for facelift surgery out of cash. Ensure that all of your surgeon's fees are in written. It's a good idea to get precise prices for anesthetic, follow-up treatment, any needed medicines, and so forth.

Can I Have Multiple Facelifts?

There is no technical limit or "magic number" to how many facelifts may be performed. However, as previously said, we aim to ensure that your results are as natural as possible. Too many procedures might give your face the appearance of being "pulled" or "worked on," which is not always attractive.

What Is the Best Age for Double Facelift?

When signs of aging begin to develop in their 40s, 50s, or 60s, most individuals receive a facelift. Because everyone ages differently due to variables including as genetics, lifestyle, and environment, there is no "ideal age" to receive a facelift. Keep in mind that facelifts often last seven to 10 years. Some people receive a facelift in their mid-40s to early-50s, followed by a second "upgrade" in their 60s.

How Long Does Double Facelift Last?

Because everyone matures differently, the outcomes vary from patient to patient. Of course, having a qualified board-certified face plastic surgeon is essential, as they know how to employ novel treatments to keep your skin lifted for longer. If a deep plane or SMAS facelift is performed correctly, the effects can persist for 7 to 10 years or longer. Natural aging will always have an effect on your skin.

A facelift, as the name suggests, lifts sagging skin on the face and neck. Facelift surgery is performed as an outpatient operation under general anesthesia or IV sedation.

Depending on their age, skin condition, and aesthetic goals, patients may have a small, short scar, mid-face, lower face, or complete face and neck facelift. Hanging jowls, loose neck skin, nasolabial creases, mid-face drooping, and a double chin are just a few of the typical yet irritating signs of aging that may be addressed with this unique procedure.

Facelifts are cosmetic restorative treatments that cannot fundamentally alter your look or stop the aging process. They also cannot address superficial wrinkles, UV damage, or skin colour anomalies. Facelifts are highly personalized operations that are tailored to each individual's face and desired outcome.