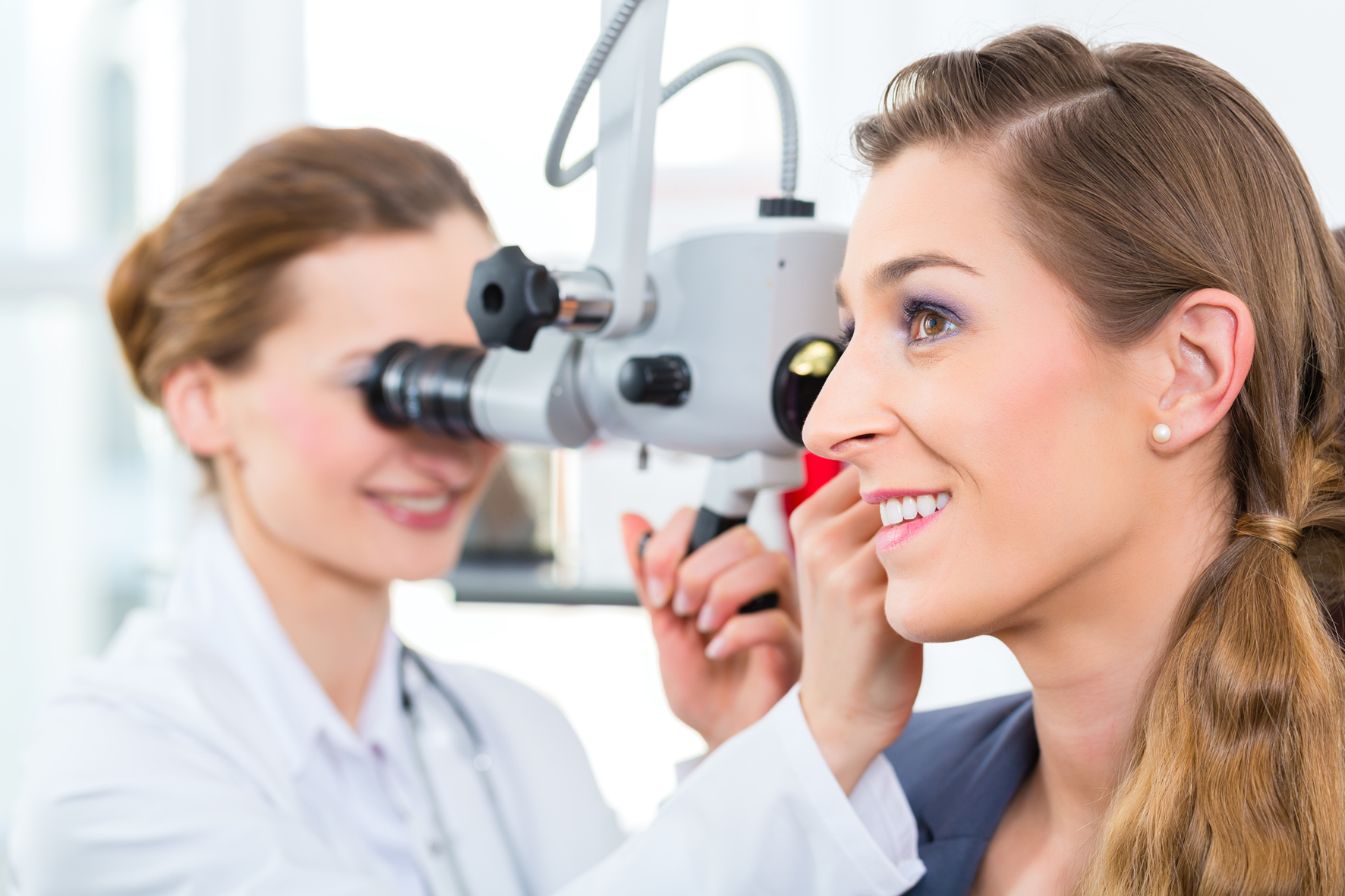 In contrast to the simplicity with which the endoscope has been adopted for the practice of sinus surgery in recent decades, the use of the endoscope for middle ear surgery has been a very controversial topic within the field of otology. Currently, surgical operating microscopes are mostly utilized to examine the ear.

However, while modern equipment provides exceptional imaging of the surgical field while allowing both binocular vision and leaving both the surgeon's hands free, visualisation of cavities located far down the canal in the middle ear is clearly limited.

In contrast to the otomicroscope, the otoendoscope's source of light is located at the distal end of the instrument, ensuring optimum visibility. Angled lenses provide a broader view of the operating region. The external ear canal (EAC) has been turned into an operational portal thanks to transcanal endoscopic procedures.

However, because the tool occupies part of the ear canal, it is only possible to operate with one hand, making dissection more difficult, especially when the surgical field gets flooded with blood. Although a variety of endoscope holders that should allow bimanual surgery have been created, the technological problems in establishing a holder with adequate precision for use in middle ear surgery have yet to be surmounted.Furthermore, owing to the heat generated by the endoscope when operating in the middle ear, concerns have been raised with regard to long-term safety aspects.

Initially, rigid endoscopes were used within the ear to assist microscopes in making diagnosis. Endoscopes' improved visual clarity, wide-angle imaging, and greater lighting made pictures of the middle ear cavity reasonably easy to obtain using a transmastoid, transtubal, or transtympanic route. As a result, previous studies on the use of the endoscope in middle ear surgery focused on the structures within the middle ear.

Following on from these anatomical investigations, surgeons investigated the use of endoscopes as experimental assistants in cholesteatoma revision surgery in the 1990s, with the goal of determining their usefulness in identifying remaining or recurring disease.

However, during the last 15 years, there has been an increasing trend to employ the endoscope as an observation device as well as the only equipment adequate for imaging the middle ear and surgical dissection, similar to how paranasal sinus surgeries are now conducted. Endoscopes are used in ear surgery for imaging as well as surgical procedures. 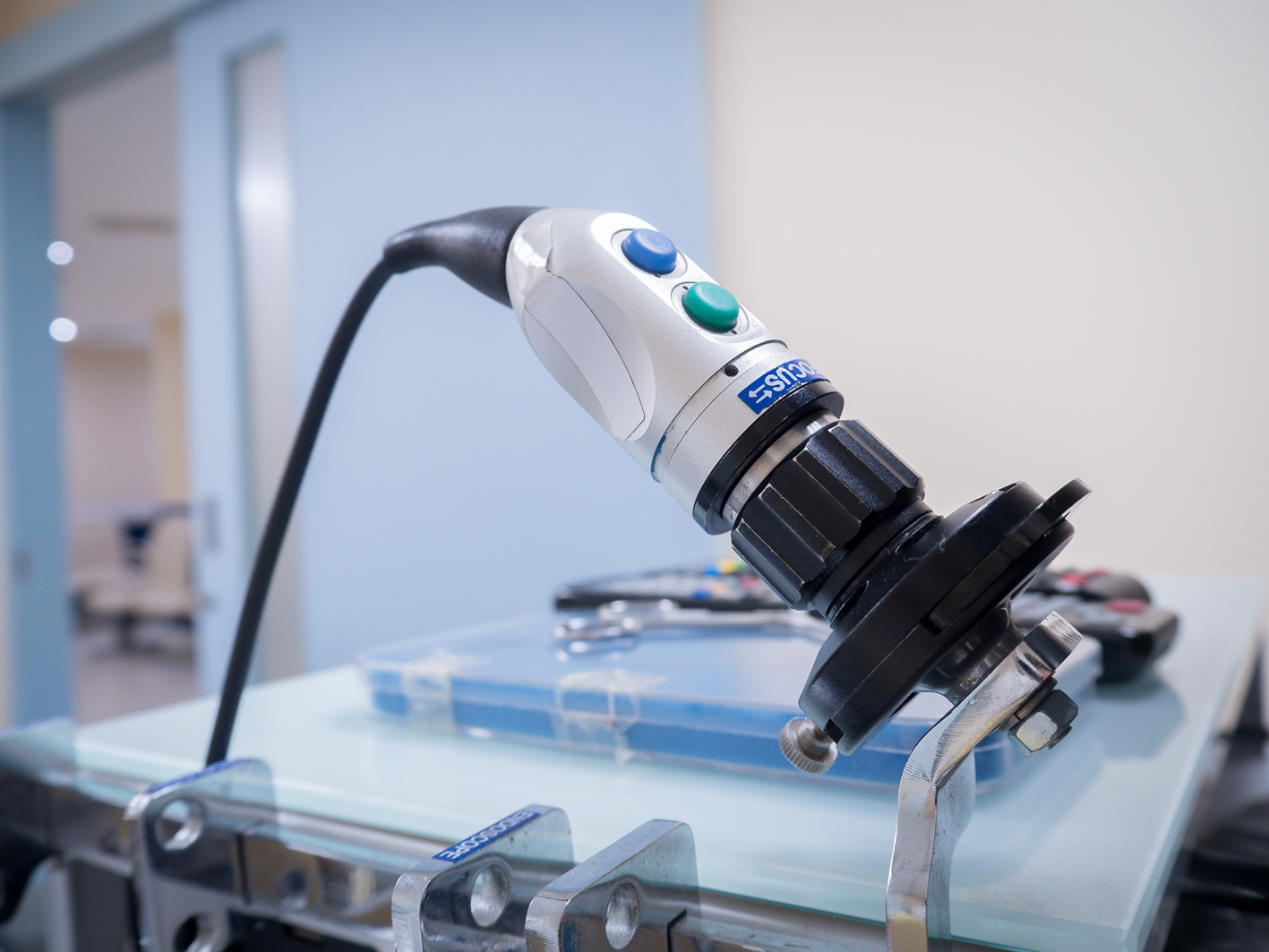 There are several advantages of using endoscopy for ear surgeries. These include:

No incision: There is generally less pain and a quicker healing time because there is no cut behind your ear. Furthermore, you will not have a scar.

Your doctor has a better view: Because the endoscope is flexible, your doctor can view what's causing your ear troubles more clearly. Because a typical scope does not bend, physicians can only view what is in a straight line when using the traditional technique.

Your doctor can treat different problems: Since the endoscope can get into all the tiny recesses of the middle ear, doctors are able to perform surgeries that aren’t possible with the traditional approach.

You can see the issue as well. Your doctor will capture high-definition photos of your inner ear during an endoscopic ear treatment. As a consequence, your doctor can utilize the photos to describe what they observe within your ear, the therapy they propose, or the surgical results. It has been stated that, given the notable absence of data to the contrary, employing an endoscope in patients of any age has established an appropriate safety profile. Similarly, there is undeniable potential for the endoscope to be employed in the identification of ear pathology. Based on the information acquired thus far, it is acceptable to recommend that the endoscope be used frequently for inspection, both intra-operatively and in the clinic.

So far, the reviews of surgical endoscopic ear surgery have been insufficient. This field of study is still in its early stages, and more information must be acquired before the endoscope can be considered a viable alternative for the microscope. Endoscopic ear surgery is now performed by a small number of surgeons, presumably after specialized training. With the potential benefits in mind, experimental trials of endoscopic ear surgery may lead to a greater variety of uses for the procedure, preferably accompanied by a broader range of published research.

The tip of the endoscope has the potential to induce thermal tissue harm since light energy is passed from the source to the tissue. It is highly encouraged, in accordance with the manufacturer's guideline, to keep the light intensity below 50%.

Experienced specialists use TEES to treat children and adults with conditions such as: 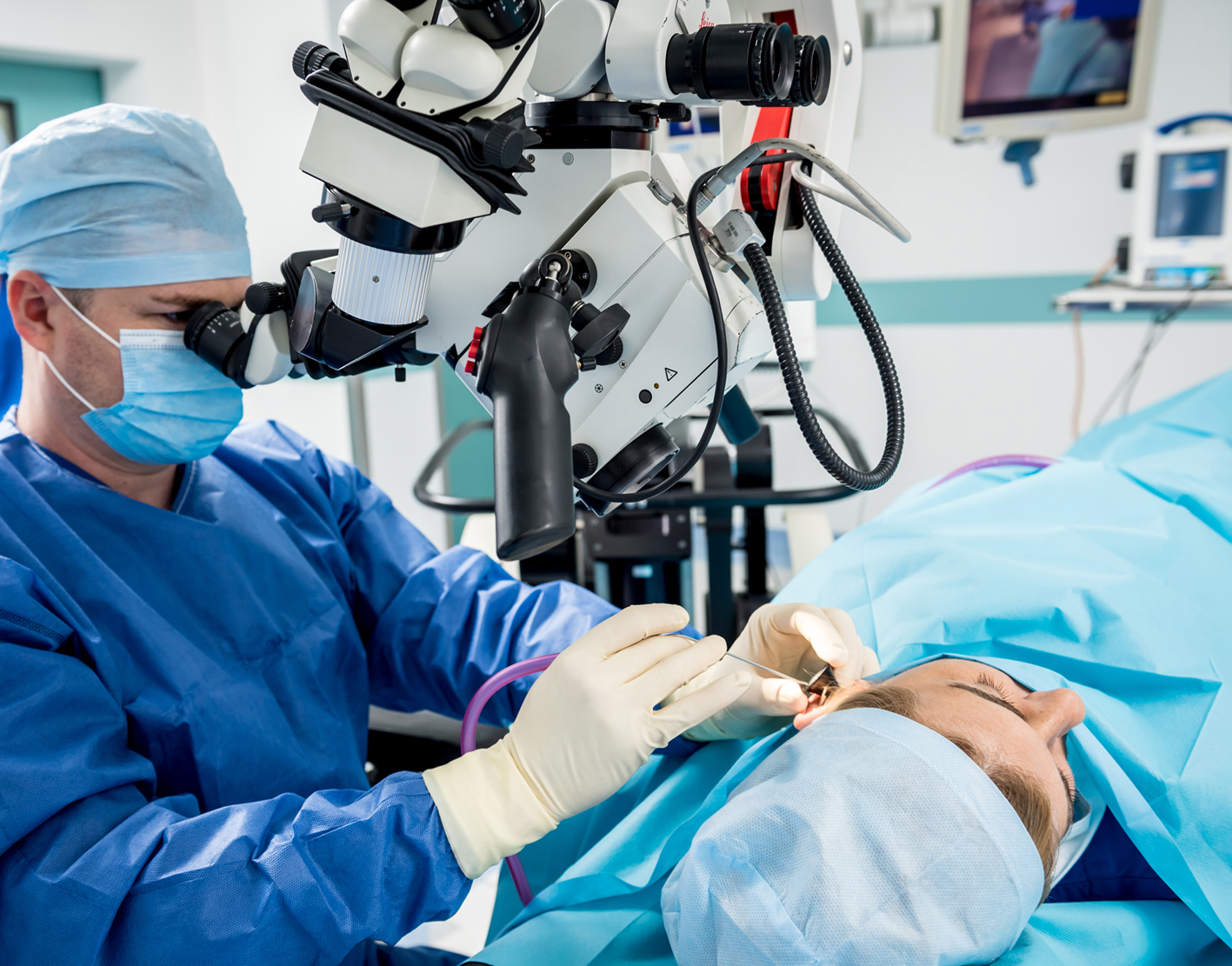 How challenges & limitations are overcomed? 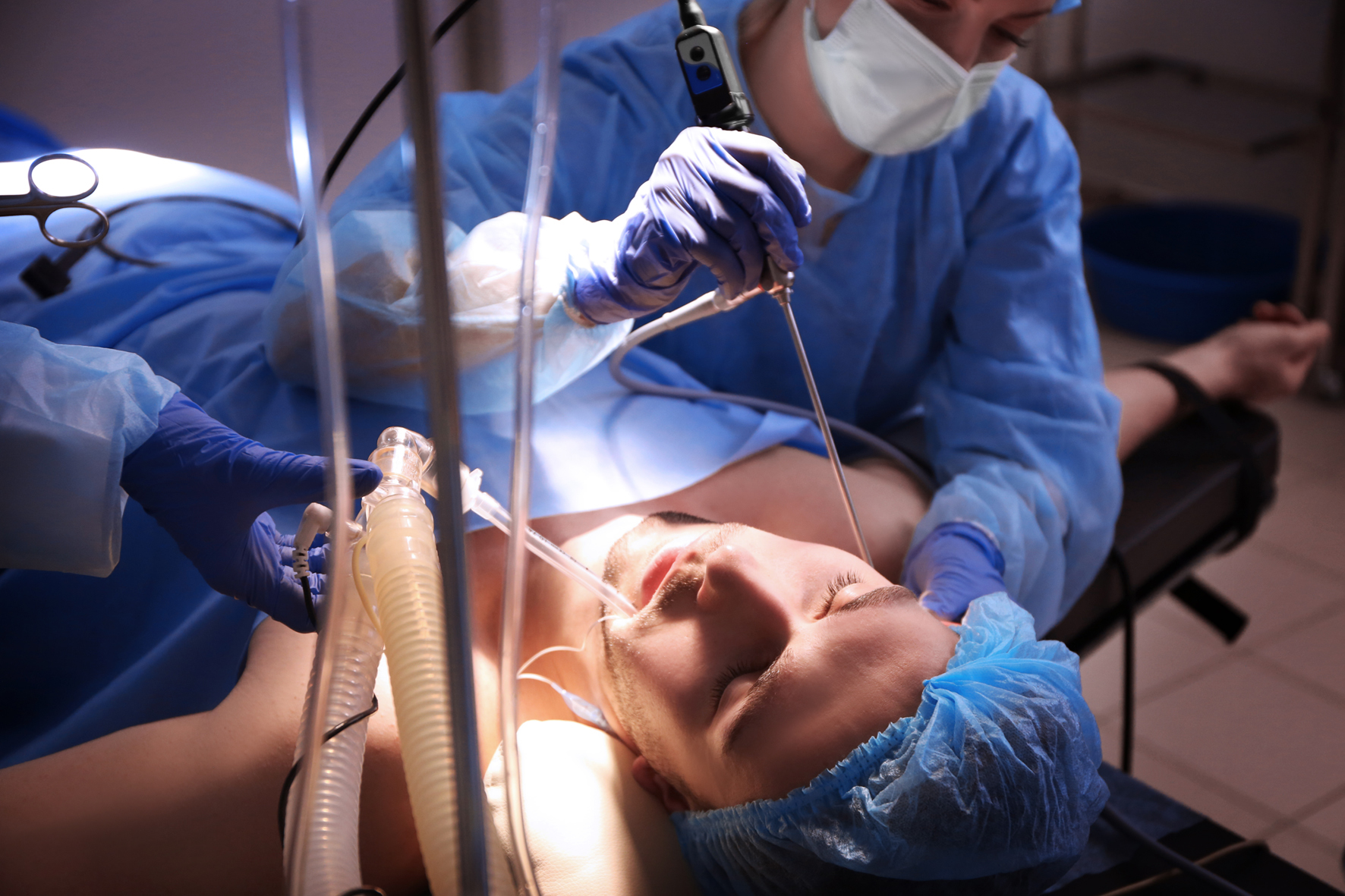 One of EES's biggest disadvantages, particularly among those who prefer microscopic methods, is its one-handed methodology. Similar to functional endoscopic sinus surgery (FESS), the non-dominant hand holds the endoscope while the dominant hand performs the operation, resulting in a one-handed approach. Endoscopic surgery is conducted transcanally, using the external auditory canal as a natural channel to the middle ear, reducing the loss of healthy tissue.

In microscopic ear surgery, the dominant hand suctions the operating field of blood, while the non-dominant hand conducts the great majority of the critical surgical dissection. As a result, haemostasis is critical in the context of one-handed surgical procedures. EES's minimally invasive approach promotes less local tissue stress (less dissection, fewer incisions required) and hence less bothersome bleeding. To minimize the risk, the surgeon may:

Different surgical equipment must be utilized to enable for this type of single-handed surgery. Endoscopic visualization has improved thanks to high-definition video imaging and wide-field endoscopy, and since it is less invasive, EES is becoming more popular as an auxiliary to microscopic ear surgery.

Endoscopes enable for better surgical visibility. The distal portion of the equipment is illuminated and has lenses that are tilted to provide a better view of the operational region. The external ear canal (EAC) has been turned into an operational portal thanks to transcanal endoscopic procedures. EES can provide larger views, greater imaging capabilities, higher magnification, and techniques to study normally inaccessible areas of the middle ear.

EES enables surgeons to use less invasive otological methods. Endoscopic tympanoplasty has been proven to need less operating time than microscope-assisted surgery in some cases. However, there are a number of disadvantages to EES, including the fact that it is a one-handed method, that the light source may cause thermal harm, and that vision with the endoscope is severely limited if bleeding is copious.

In most cases, patients who undergo endoscopic ear surgery can usually go home the same day of their procedure. Patients who are having a tumor removed typically stay in the hospital for two to three days.