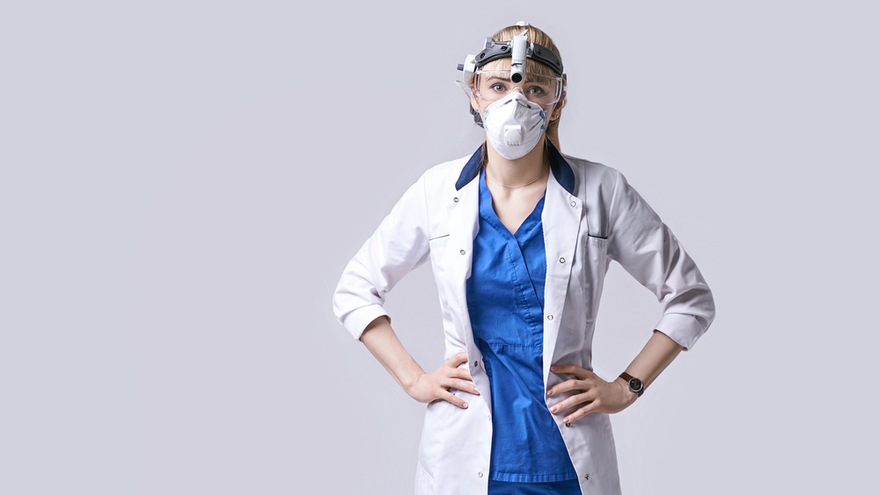 The neck area is made up of a variety of well-defined anatomic structures that are organized in layers with minimum or no vascular overlap. The endoscopic surgeon has used these well-defined layers to establish vascular anatomical planes in order to create a working environment for surgical manipulation. Endoscopic neck surgery, first reported in 1996, has expanded in its application, owing to its aesthetic benefits. Although few studies have reported on its use in other neck structures, such as the submandibular gland and cervical spine, the parathyroid and thyroid glands have been the primary target organs. In addition, total (pure) endoscopic (CO2 insufflation) techniques. Endoscopic and minimally invasive small incision methods with video assistance. Supraclavicular, anterior chest wall, axillary, and periareolar breast approaches are all variations of the total endoscopic approach. In the video-assisted endoscopic method, the last three have also been tried. 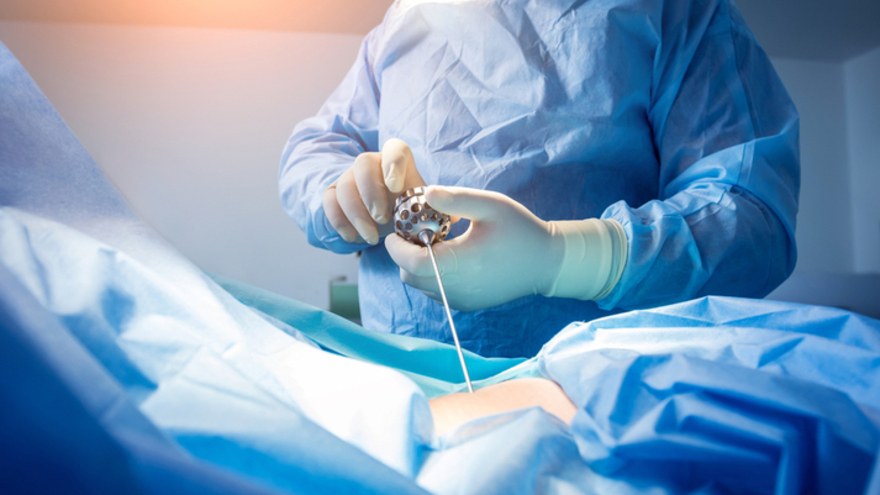 An HD camera coupled to an endoscope is placed via a 14-inch surgical incision to the target pain generator in your spine in this cutting-edge spine surgery.

The surgeon can use an HD monitor to view the spine and work with highly specialized micro-instruments such as a laser, radiofrequency probe, or graspers using the endoscope. 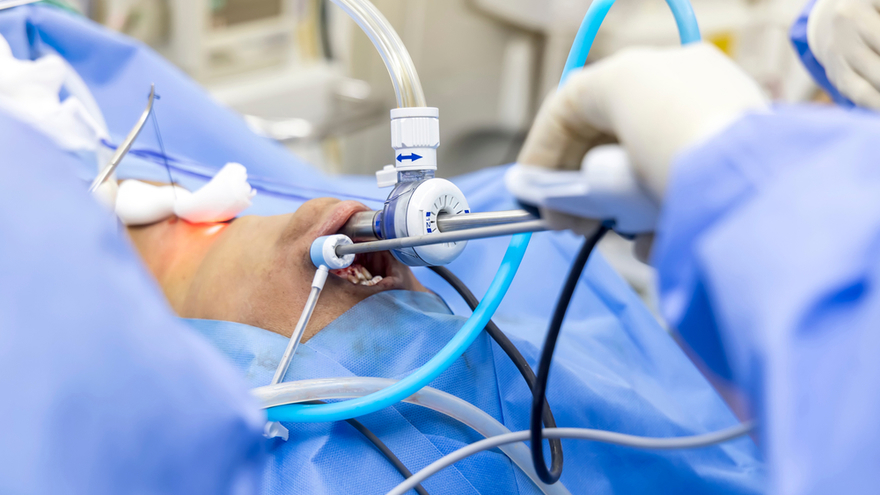 Differentiated thyroid carcinoma is the most common endocrine malignancy, and treatment is improving fast in recent decades. For the past few decades, conventional thyroidectomy has been a developed, safe, and effective treatment for differentiated thyroid cancer, however, one incisional scar in the anterior lower neck is unavoidable. The scar is a permanent cosmetic imperfection that has an impact on the aesthetic outcome. Furthermore, as a drawback of standard thyroidectomy, such a scar might cause cervical hyperesthesia, paresthesia, and feelings of self-consciousness.

Laparoscopic surgery has evolved to meet the demands of aesthetics, recovery, and minimal trauma in practically all surgical specialties, including the treatment of differentiated thyroid cancer. In 1996, Gagner published the first report on endoscopic neck surgery. In 1997, Hüscher et al. performed a video-assisted thyroid lobectomy. Ikeda et al. and Ohgami et al. used various ways to turn endoscopic thyroidectomy (ET) into a scarless procedure. Miccoli et al. performed a successful invasive video-assisted thyroidectomy for papillary cancer in the 2000s. In the decade that followed, many scarless endoscopic thyroidectomy (SET) procedures were introduced. Several studies looked at the effectiveness of ET for thyroid cancer. Because of the great cosmetic satisfaction and lack of faults, this procedure has received worldwide interest and attention.

SET has a better cosmetic outcome than traditional thyroidectomy. Jiang et al. confirmed that SET is more visually appealing than open thyroidectomy. ET also has the added benefit of greatly lowering the incidence of hyperesthesia, paresthesia, and swallowing pain. Furthermore, postoperative pain with SET is less severe. The severity of postoperative pain in the conventional group was much higher on the first day than in the endoscopic group, according to Jiang's research, but the difference was not evident after 48 hours. 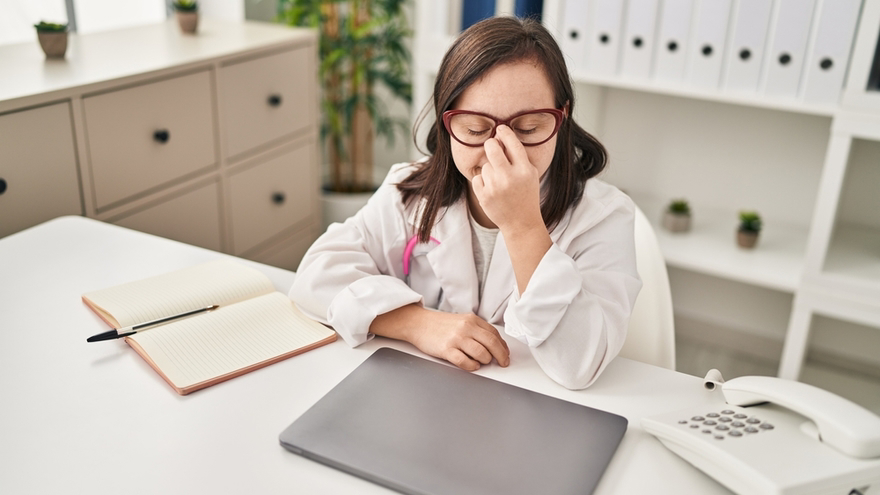 SET is a technically difficult operation with a significant learning curve. Del Rio et al. showed their minimally invasive endoscopic thyroidectomy learning curve. The mean operative time for the first 50 cases (a total of 100 cases) was significantly longer than for the last 50 cases. Tan et al. reviewed current studies and concluded that SET (through the axilla or breast) is not a minimally invasive procedure, but only scarless in the neck. It takes longer to perform, causes more postoperative discomfort, and causes more serious harm than the standard method. Certain patients who undergo ET still face the possibility of converting to open surgery. In comparison to conventional surgery, endoscopic methods make dealing with arterial bleeding and big tumors more difficult. The cervical group had a conversion rate of 2.2 percent, which was higher than the extracervical group (0.42 percent). On the other hand, multicentral, large sample, prospective studies give minimal evidence that SET can provide a satisfactory recurrence rate.

The benefits of surgery employing minimally invasive procedures have been well-proven. This type of surgery has also been introduced into the field of differentiated thyroid cancer treatment for a variety of purposes, including enhanced vision and good cosmesis. Early on, ET was only used to treat benign thyroid tumors, with malignant tumors being one of the contraindications. The indications for ET are always being extended and completed as operating equipment and personal skills improve. Throughout the years, many reports have revealed varying indications of ET for thyroid cancer.

The following are regarded as relative contraindications: (1) malignancy with thyroiditis; (2) a clinical history of radiation or neck surgery. Absolute contraindications include (1) a tumor with a diameter greater than 3.5 cm; (2) a thyroid gland volume greater than 30 mL; (3) evidence of local or distant metastases; and (4) age higher than 50 years. If the thyroid carcinoma has several foci, infiltrates to the thyroid membrane or anterior jugular muscles, or lymph node metastases, ET is not recommended. 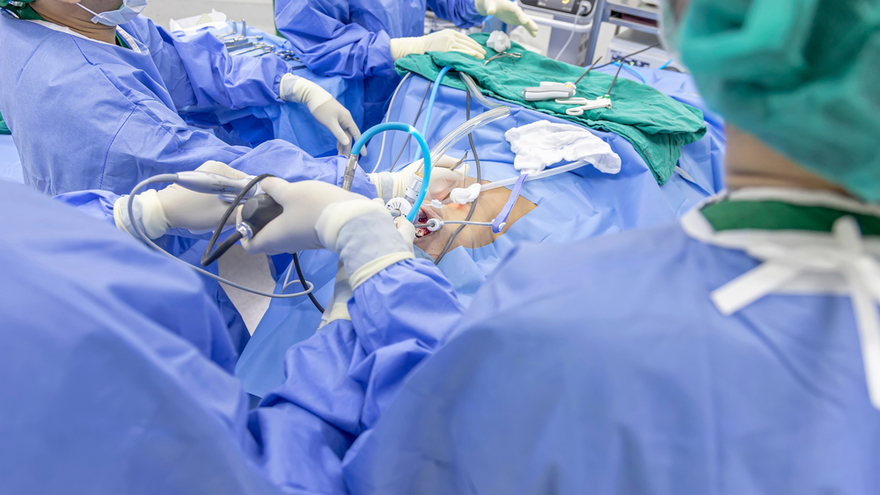 The operating technique is divided into ten surgical steps, each of which is overviewed and in chronological order: 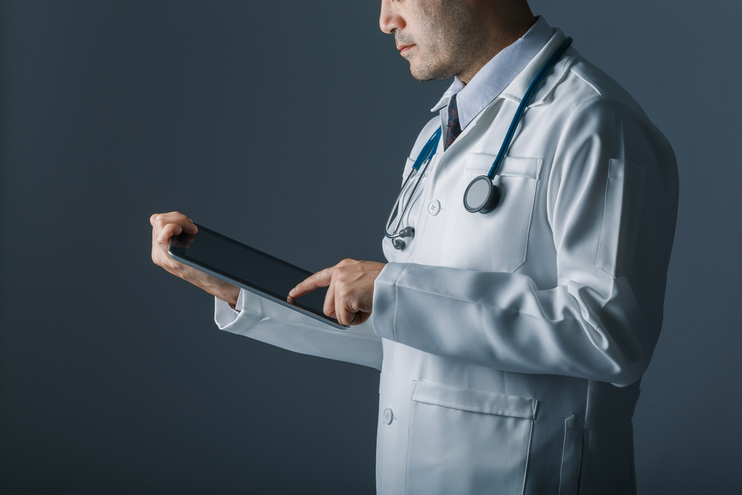 CO2 has a high diffusion capacity. Because the area is devoid of a serous membrane, the body may absorb more CO2 during SET than during abdominal surgery. Patients who have a pressure greater than 6 mmHg may develop hypercapnia, pneumohypoderma, and mediastinal emphysema. Fat liquefaction, incision dehiscence, wound infection, and ecchymosis can all result from the separation of subcutaneous tissue.

The recurrent laryngeal nerve (RLN) and the parathyroid gland injury are two of the most serious consequences of SET. The chance of having a transient or permanent RLN injury varies substantially, ranging from 0% to 11%. Because the surgical tools used in VAT and conventional surgeries are similar, they have similar problems. Raffaelli et al. reported on a study with a somewhat large population. In 359 cases of VAT, 11 patients had acute RLN paralysis, 90 had temporary hypocalcemia, and 4 developed permanent hypocalcemia. There is no statistical difference between VAT and traditional surgery. Chung et al. found that 25 percent of TET patients had transitory hypocalcemia, whereas 1 percent developed permanent hypocalcemia. The rate of temporary RLN paralysis is 25 percent, which is higher than the standard operation, although none of them is permanent. As a result, SET provides a risk-free alternative to open thyroid surgery.

The parathyroid glands, according to Gagner in 1996, are accessible for endoscopic treatment due to their size. Their changeable position is a disadvantage. Minimally invasive parathyroidectomy has progressed as imaging and localization techniques have improved, allowing for a more targeted approach. 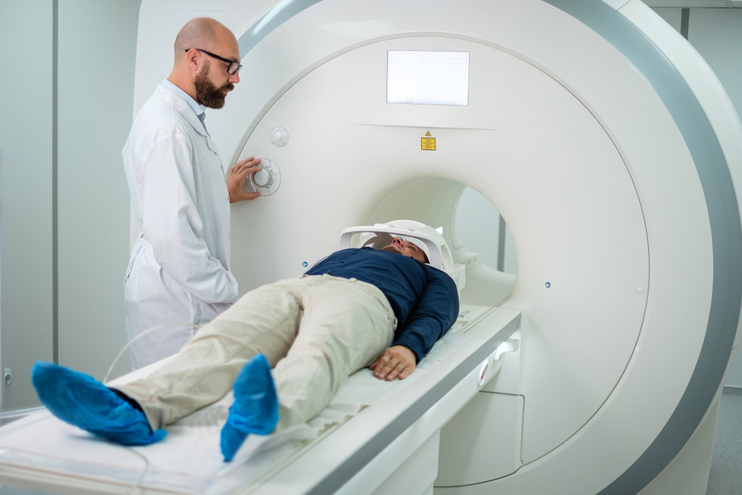 Preoperative imaging tests in patients who are candidates for a video-assisted, minimally invasive endoscopic parathyroidectomy (MIVAP). Tc-99m-sestamibi and SPECT-CT images, respectively, show a parathyroid lesion posterior to the inferior pole of the right thyroid. Transverse and longitudinal ultrasound imaging showed a hypoechoic lesion posterior to the right lower thyroid, which was in concordance.

Because 80 percent of patients coming for parathyroid surgery have sporadic primary hyperparathyroidism caused by a single adenoma, MIVAP should be considered in the majority of cases. Most authors, however, claim that MIVAP candidates are approved in lower numbers than expected, with eligibility percentages ranging from 35 to 80 percent. The incidence of thyroid cancer in a patient population, the reliability of preoperative imaging techniques in each specific facility, and the availability of intraoperative parathyroid hormone (IOPTH) testing all play a role in patient eligibility for MIVAP.

The surgeon's expertise and familiarity with the procedure will also determine eligibility. Some surgeons have gradually broadened the inclusion criteria to include patients with intrathymic adenomas, multigland disease necessitating bilateral surgery, nodular thyroid disease, or previous contralateral neck surgery. The eligibility rate has been reported as high as 80 percent when the inclusion criteria are additionally broadened to include patients with nonlocalizing or discordant imaging. 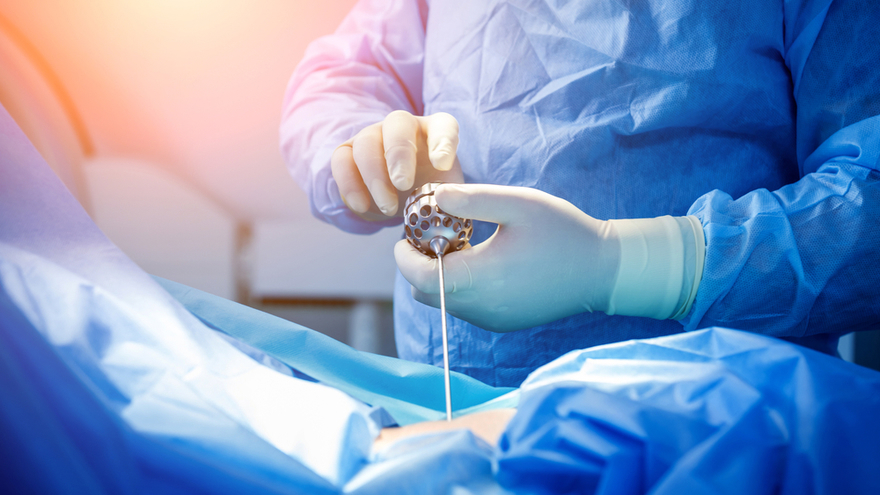 Intraoperative quick parathormone testing, frozen section, and sound clinical judgment, followed by postoperative serum Ca++ and PTH level monitoring, were all used to achieve full resection of the hyperfunctioning parathyroid tissue in MIP. Day-care MIP with local anesthetic has also been reported in a few studies. Such facilities use techniques like the chemiluminescent assay for intact PTH level (quick PTH), which has a success rate of 96-98%, to ensure that the patient is healed before being discharged. Patients with uniglandular disease, on the other hand, show the best outcomes. Whether or not an intraoperative PTH assay is conducted, a MIP will cure the patient if a careful preoperative patient selection is undertaken. 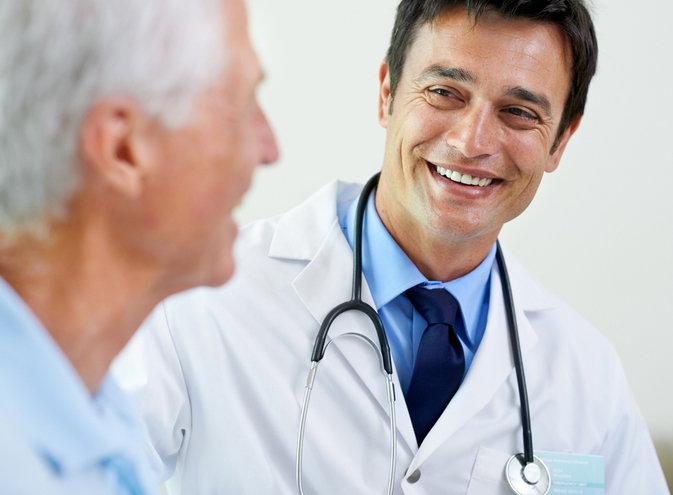 MIVAP success depends on careful patient selection, surgeon competence and expertise, and the accurate use and understanding of perioperative adjuncts including imaging tools and the IOPTH assay. Cure rates with MIVAP have been proven to equal or exceed the 95 percent success rate with typical bilateral neck exploration when these aspects are coupled. Del Rio et al found no significant differences in the recurrence rates between MIVAP and traditional four-gland exploration in one of the few reported studies (2.6 percent vs. 3.7 percent, respectively). When MIVAP is conducted on patients with localizing imaging scans and IOPTH testing, other authors have consistently reported cure rates of greater than 97 percent.

When compared to unilateral open surgery without an IOPTH test, routine use of the IOPTH test enhances the cure rate and reduces operative time in minimally invasive parathyroid surgery, including MIVAP. The sensitivity of IOPTH in MIVAP is 97 percent, with an 87 percent specificity, a 99.5% positive predictive value, and a 97 percent accuracy. IOPTH directly enhanced cure rates in minimally invasive parathyroid surgery from 91 to 99 percent, according to Barczyski et al, and is especially useful in patients who had only one positive preoperative localization scan. When compared to standard bilateral neck exploration, IOPTH testing in MIVAP reduces the unintentional removal of physiologically normal parathyroid glands and may contribute to the lower incidence of hypocalcemia found in MIVAP.

Endoscopic neck surgery has a distinct cosmetic benefit over traditional neck surgery. This operation would be performed in more centers as expertise and patient demand increase. However, it is recommended that patients be carefully chosen. Though a few institutes have reported positive results in thyroid cancer, the role of endoscopy in thyroid cancer is still debated. Other neck structures, such as the submandibular gland, are still at the experimental stage when it comes to endoscopic approaches.