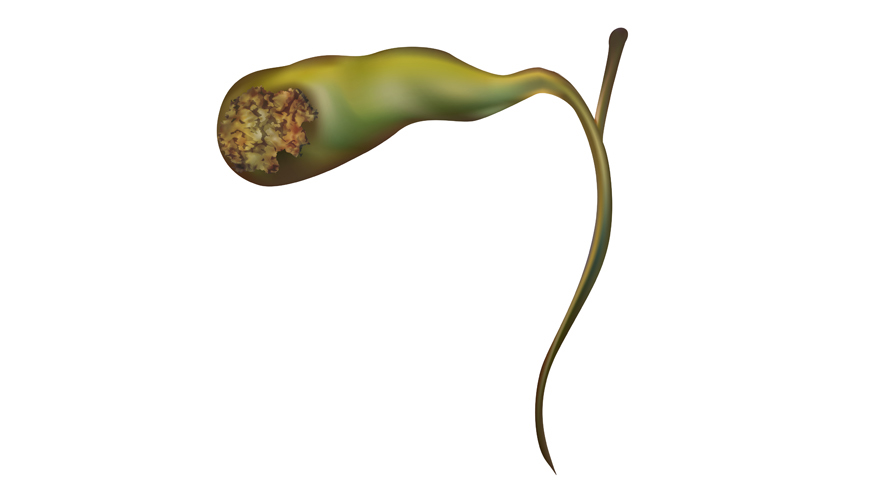 Gallbladder cancer is the sixth most frequent gastrointestinal cancer, but it is the most prevalent biliary system cancer, accounting for 80-95 percent of biliary tract malignancies. This tumor is a severely deadly illness, with a 5-year overall survival rate of fewer than 5% and a mean survival time of fewer than 6 months.

The gallbladder is a tiny hollow organ that stores and concentrates bile before releasing it into the small intestine. The pear-shaped gallbladder in humans is located underneath the liver, but the anatomy and position of the gallbladder vary greatly between animal species. It absorbs and stores bile generated by the liver via the common hepatic duct before releasing it into the duodenum via the common bile duct, where it aids in fat digestion.

An early diagnosis is critical since this cancer grows quietly if detected late. After a simple cholecystectomy for suspected gallbladder stone illness, 0.5-1.5 % of individuals are identified with gallbladder cancer. Laparoscopy should not be performed on patients who have a preoperative suspicion of gallbladder cancer. 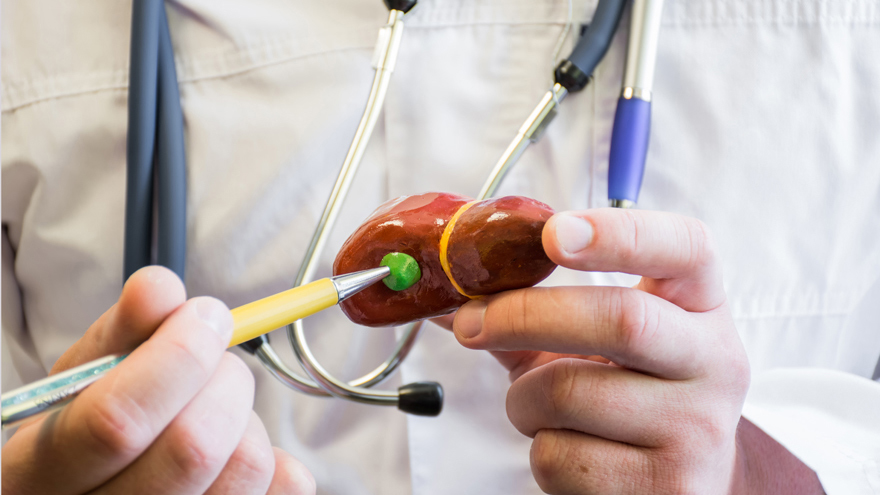 The gallbladder is a hollow organ located in a shallow dip under the right lobe of the liver, which is grey-blue in color in life. When completely distended, the gallbladder in adults measures 7 to 10 centimeters (2.8 to 3.9 inches) in length and 4 cm in diameter. The gallbladder has a volume of around 50 milliliters.

The gallbladder has a pear shape, with the tip opening into the cystic duct. The gallbladder is made up of three sections: the fundus, the body, and the neck. The fundus is the spherical base that is tilted to face the abdominal wall. The body is in a depression on the lower liver's surface. The neck tapers and connects to the cystic duct, which is part of the biliary tree.

The gallbladder fossa is located under the intersection of hepatic segments IVB and V, against which the fundus and body of the gallbladder are located. The common bile duct is formed when the cystic duct joins the common hepatic duct.

Gallbladder lymphatic drainage follows the cystic node, which is placed between the cystic duct and the common hepatic duct. Lower hepatic lymph nodes receive lymphatics from the lower section of the organ. Finally, all of the lymph drains into celiac lymph nodes.

Gallbladder cancer (GC) is uncommon cancer that accounts for about half of all biliary tract cancers. Biliary cancers are extremely lethal, with a 5-year survival rate of 17.6 percent. Gallbladder cancer has a poor prognosis due to aggressive tumor biology, late presentation, complex anatomic location, and an advanced stage upon diagnosis. Palliative chemotherapy is used to treat locally advanced and metastatic illnesses. Early-stage treatment, on the other hand, has the potential to be curative, with surgical resection followed by adjuvant therapy. The current theory is that prolonged inflammation of the bile duct tissue causes a cascade of genetic alterations that leads to malignant transformation. The majority of gallbladder cancer histopathological alterations manifest as adenocarcinomas (90 % ). Following about 15 years of inflammation, this syndrome evolves from pre-neoplastic dysplasia to carcinoma in situ and, eventually, to invasive malignancy. Squamous cell carcinoma of the gallbladder is uncommon. 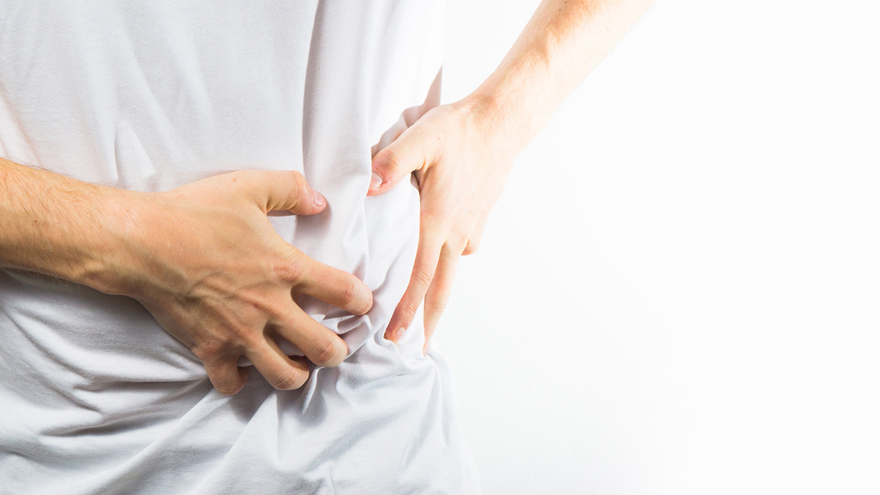 In addition, Mirizzi syndrome (common hepatic duct blockage caused by an impacted stone in the gallbladder neck owing to extrinsic compression) has been linked to gallbladder cancer. Because of its unresectability at presentation, it has a dismal prognosis. Other signs of advanced cancer, such as weight loss and general malaise, may also be present.

Patients with obstructive jaundice, in particular, will require a full blood count, a basic chemical panel, and a liver function test. The results might suggest an unspecific cholestatic pattern produced by bile blockage that necessitates decompression. The earliest imaging investigations are typically ultrasonography (US) and computed tomography (CT).

The endoscope is then used to implant a catheter (a smaller tube) into the bile ducts. An x-ray is obtained after a dye is introduced into the ducts through the catheter. If a tumor has clogged the ducts, a tiny tube may be placed into the duct to unclog it. To maintain the duct open, this tube (or stent) may be kept in situ. Tissue samples may also be collected.

Because of the advanced illness at the time of diagnosis, neoadjuvant treatment is not always a possibility, and it is not considered standard of care in resectable patients. Early clinical trial referral should be considered.

For individuals with Stage II or less and no contraindications, surgery is the sole curative option (see evaluation). Gallbladder cancer surgical resection will comprise cholecystectomy with a marginal hepatectomy and regional lymphadenectomy or common bile duct resection (extended organs may require removal). The advice is to return for additional examination and re-resection of gallbladder cancer identified incidentally on cholecystectomy pathological specimens with stage T2 or above.

Postoperative chemotherapy should be administered within 8 to 12 weeks of surgery, and baseline laboratory and imaging tests should be performed to re-stage the illness prior to starting medication. Patients having a resected pathology specimen report of T2 or above, node-positive, and margin positive should be administered adjuvant therapy, ideally for six months with concurrent adjuvant chemoradiation or four months with concomitant adjuvant chemoradiation.

Lymph node assessment is a vital component of radical resections for gallbladder cancer and has been proven in a retrospective trial to increase survival. Although there is no agreement on the minimum number of lymph nodes necessary for appropriate staging, one research found that excision and histologic assessment of at least 6 lymph nodes enhances risk categorization.

This emphasizes the significance of a comprehensive lymphadenectomy of the porta hepatis and a careful assessment of pathology materials in patients with gallbladder cancer.

In the treatment of unresectable illness, the surgical involvement is mainly restricted to tumor biopsy for diagnosis and possibly biliary decompression treatments.

Gallbladder cancer staging tests and treatments are frequently performed at the same time as the diagnosis.

There are three ways that cancer spreads in the body.

Cancer can spread through tissue, the lymph system, and the blood:

Cancer may spread from where it began to other parts of the body.

Metastasis occurs when cancer spreads to another section of the body. Cancer cells break out from the original tumor and migrate via the lymph system or bloodstream.

The following stages are used for gallbladder cancer:

The mucosa (innermost layer) of the gallbladder wall is observed to be abnormal in stage 0. These aberrant cells have the potential to develop into cancer and spread to surrounding normal tissue. Cancer in situ is another term for stage 0 cancer.

Cancer has grown in the mucosa (innermost layer) of the gallbladder wall at stage I and may have progressed to the muscle layer.

Stage II is divided into stages IIA and IIB, depending on where cancer has spread in the gallbladder.

Stage III is divided into stages IIIA and IIIB, depending on where the cancer has spread.

Stage IV is divided into stages IVA and IVB.

The prognosis and treatment options depend on the following: 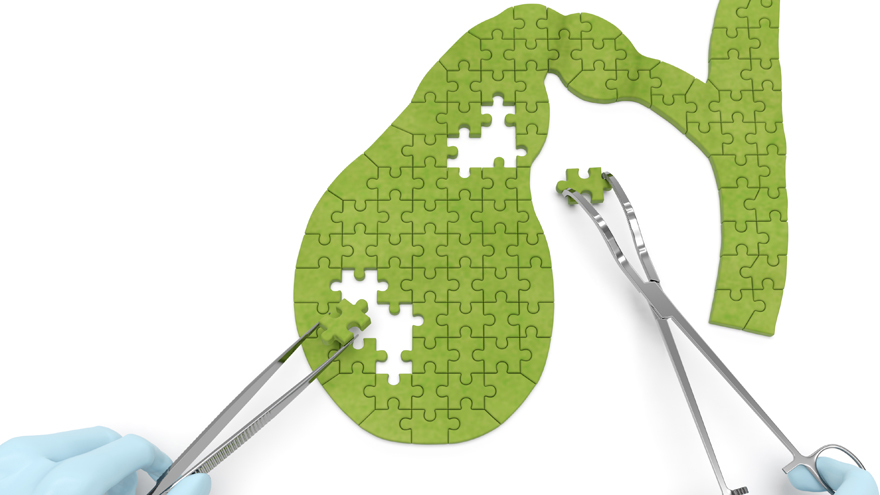 Gallbladder cancer is infrequent and usually develops later in life. When cancer arises, it usually affects the glands that line the surface of the gallbladder (adenocarcinoma). Gallstones are suspected to play a role in the development of cancer. Large gallbladder polyps and a heavily calcified "porcelain" gallbladder are other risk factors.

Gallbladder cancer can result in biliary discomfort, skin discoloration (jaundice), and weight loss. A big gallbladder can be felt in the belly. Liver function tests, notably GGT and ALP, may be high, with ultrasonography and CT scans being the preferred medical imaging studies. The gallbladder is removed to treat gallbladder cancer.

While most gallbladder disorders are minor, gallbladder cancer (GC) is an uncommon malignancy that accounts for about half of all biliary tract cancers. Biliary cancers are extremely lethal. The healthcare team, including all doctors and mid-level practitioners, must be informed of the probability of this unfavorable occurrence occurring over the course of these patients' care.