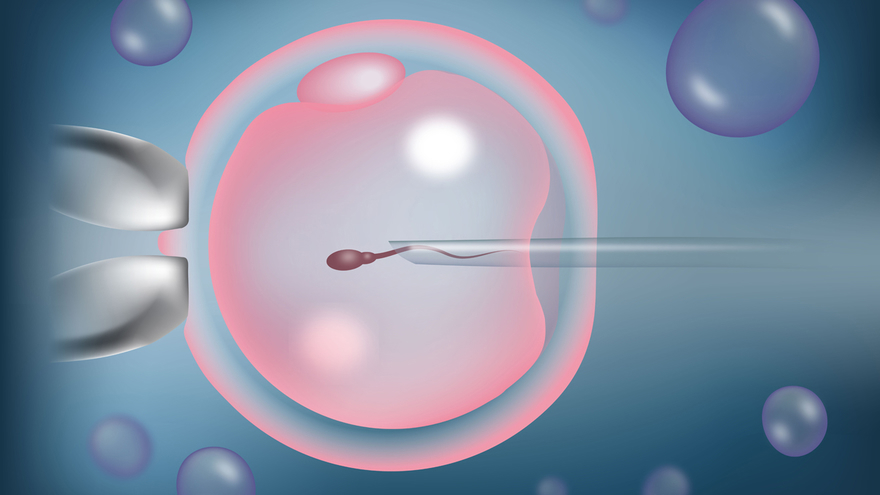 Infertility is a complicated issue that may be caused by a number of circumstances, including male or female partners. Fortunately, in addition to intracytoplasmic sperm injection and in vitro fertilization, there are a variety of fertility therapies available to assist couples fulfill their desire of motherhood.

Intracytoplasmic sperm injection is indicated for couples who have been diagnosed with male reproductive difficulties such as low sperm count, low sperm morphology or motility, anti-sperm antibodies, or who have previously had a vasectomy or vasectomy reversal that was unsuccessful. 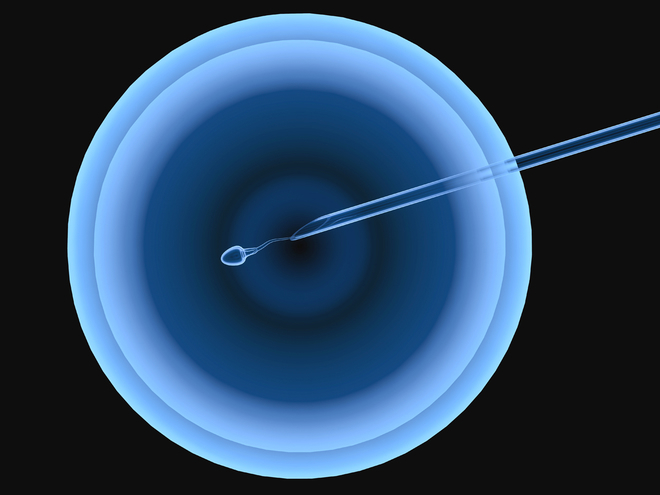 Intracytoplasmic sperm injection (ICSI) is an in vitro fertilization (IVF) technique that involves injecting a single sperm cell directly into the cytoplasm of an egg. This procedure is used to prepare gametes for the formation of embryos that will be transferred to a mother uterus. The acrosome reaction is avoided with this strategy.

For a number of reasons, sperm cannot always reach the outer layer. The outer layer of the egg may be thick or difficult to penetrate, or the sperm may be unable to swim. In certain circumstances, intracytoplasmic sperm injection (ICSI) can be used in conjunction with in vitro fertilization (IVF) to help fertilize the egg. A single sperm is injected directly into the cytoplasm of the egg during ICSI.

Intracytoplasmic sperm injection (ICSI) with ejaculated, epididymal, or testicular spermatozoa was first effective in 1992 and has since been the standard therapy for couples suffering from severe male-factor infertility. In terms of fertilization, embryo cleavage, and implantation, the outcome of thousands of ICSI cycles is comparable to that of traditional in-vitro fertilization in couples with tubal or idiopathic infertility.

There are numerous distinctions between traditional IVF and ICSI. The actions must be taken before and after insemination, however, remain the same. In terms of insemination, ICSI requires just one sperm cell per egg, whereas IVF requires 50,000–100,000 sperm cells. This is due to the acrosome response and the involvement of hundreds of sperm cells in IVF. When an egg is fertilized, it transforms into a proembryo, which must be transported to the uterus to complete its development.

ICSI helps to overcome fertility problems, such as: 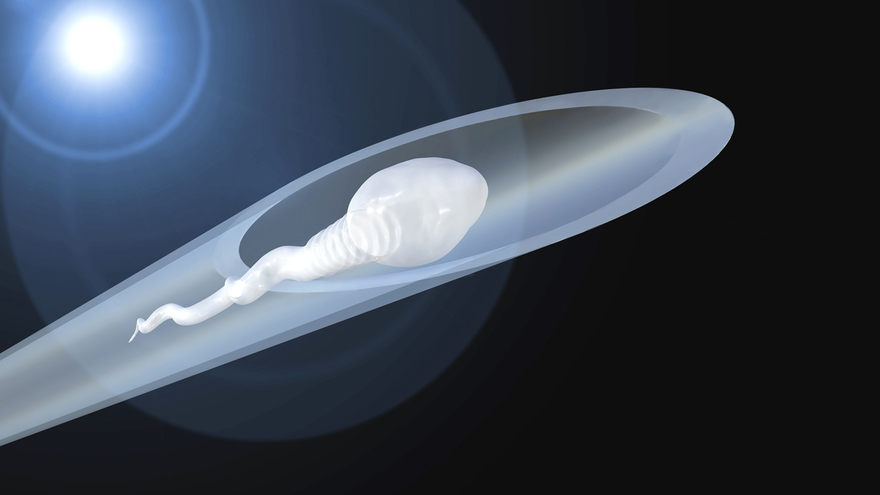 Prior to ICSI, sperm in vitro selection and capacitation must be performed. Aside from the most frequent in vitro sperm capacitation procedures (swim-up, density gradients, filtering, and simple wash), certain novel approaches are highly beneficial and superior than prior ones.

Microfluidic chips, such as the Zymot ICSI chip, are one of these innovative approaches. The Zymot ICSI chip is a device that chooses the finest spermatozoa for ICSI. This chip simulates vaginal circumstances in order to select spermatozoa like the vagina would. The benefits of this procedure over others focus around sperm quality, since the picked ones have higher motility, morphology, less DNA fragmentation, and a lower number of reactive oxygen species (ROS).

The operation is fairly straightforward and quick since you simply need to add some sorting solution, the semen sample, and light mineral oil to the device's intake ports, which are linked to the outlet ports by a microchannel. The spermatozoa will then migrate along a canal to the opposite side, where the best will be found. The incubation time is 30 minutes, and the temperature is 37°C.

It is highly recommended for people who have a high incidence of DNA fragmentation. However, it should not be utilized in situations of severe oligozoospermia since recovering the spermatozoa for ICSI may be problematic.

This chip is simple, quick, and straightforward to use. Furthermore, each chip is only utilized once, ensuring cleanliness and preventing contamination from other samples. When compared to centrifugation techniques, this chip removes the sperm-damaging processes involved with swim-up and gradient centrifugation and allows for more accurate temperature monitoring throughout the process.

The MACS approach, which consists of small magnetic particles attached to an antibody (annexin V) that recognizes the dying spermatozoa, is another method of selection. Because of this, when a semen sample is passed through a column with a magnetic field, apoptotic respermatozoa are held in the column whereas healthy respermatozoa are easily recovered at the bottom.

How is ICSI performed? 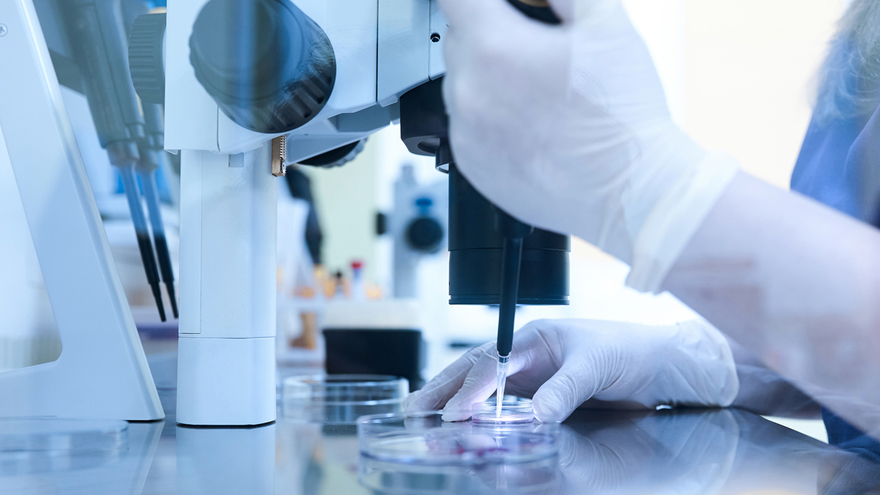 ICSI is usually done after a transvaginal oocyte retrieval technique to harvest one or more oocytes from a woman. The male spouse or a donor supplies a sperm sample on the same day as the eggs are harvested in ICSI IVF. If no sperm is detected in the sample, physicians will harvest sperm from the epididymis or testicle.

The extraction of sperm from the epididymis is referred to as percutaneous epididymal sperm aspiration (PESA), whereas the extraction of sperm from the testicle is referred to as testicular sperm aspiration (TSA) .Depending on the total number of spermatozoa in the semen sample, it can be washed or capacitated using swim-up or gradients, respectively.

The technique is carried out under a microscope with the assistance of numerous micromanipulation equipment (micromanipulator, microinjectors and micropipettes). With the help of a microinjector's mild suction, a holding pipette stabilizes the mature oocyte. A narrow, hollow glass micropipette is used from the other side to capture a single sperm after immobilizing it by severing its tail with the point of the micropipette. The oocyte is punctured via the oolemma, and the sperm is guided into the egg's interior.

After then, the sperm is discharged into the oocyte. The oocyte in the image has an extruded polar body about 12 o'clock, signifying maturity. The polar body is positioned at 12 or 6 o'clock to prevent the inserted micropipette from disrupting the spindle inside the egg. Next the operation, the egg will be put in cell culture and evaluated for indications of fertilization the following day.

In contrast, sperm compete in natural fertilization, and after the first sperm penetrates the oolemma, the oolemma hardens to prevent the entry of any additional sperm. Concerns have been expressed that in ICSI, this sperm selection procedure is skipped, and the sperm is chosen by the embryologist without any specific testing.

However, the FDA approved a device in mid-2006 that allows embryologists to pick mature sperm for ICSI based on sperm adherence to hyaluronan, the major ingredient of the gel layer (cumulus oophorus) that surrounds the egg. The gadget delivers small droplets of hyaluronan hydrogel to the culture dish. The embryologist applies prepared sperm to the microdot, then chooses and catches sperm that adhere to the dot.

According to basic studies on sperm maturation, hyaluronan-binding sperm are more developed, have fewer DNA strand breaks, and have much lower levels of aneuploidy than the sperm population from which they were selected. PICSI is a brand name for one such sperm selection device. A recent clinical experiment found that embryos created by PICSI sperm selection resulted in a significant reduction in miscarriage.

The use of progesterone to aid implantation in ICSI cycles results in a considerably increased live birth rate. It has also been estimated that the addition of a GNRH agonist will boost success rates. When compared to regular ICSI, ultra-high magnification sperm injection (IMSI) shows no indication of enhanced live birth or miscarriage rates.

Piezo-ICSI is a novel modification of the classic ICSI process that employs short axial mechanical pulses (Piezo-pulses) to reduce stress on the cytoskeleton during zona pellucida and oolemma breaking. To transport mechanical pulses to cell membranes, the process employs specialized Piezo actuators, microcapillaries, and filling medium. The Piezo method, for example, was developed for animal ICSI and ES cell transfer.

Needle aspiration enables physicians to retrieve sufficient sperm for the ICSI process in a simple and timely manner. Sperm is extracted straight from the testis using a small needle. Needle aspiration is a straightforward technique that may be done under anesthesia with little difficulty; nevertheless, there is a risk of pain and edema thereafter. When testicular sperm is unable to reach an egg on its own, sperm derived from the testis is used in ICSI techniques. 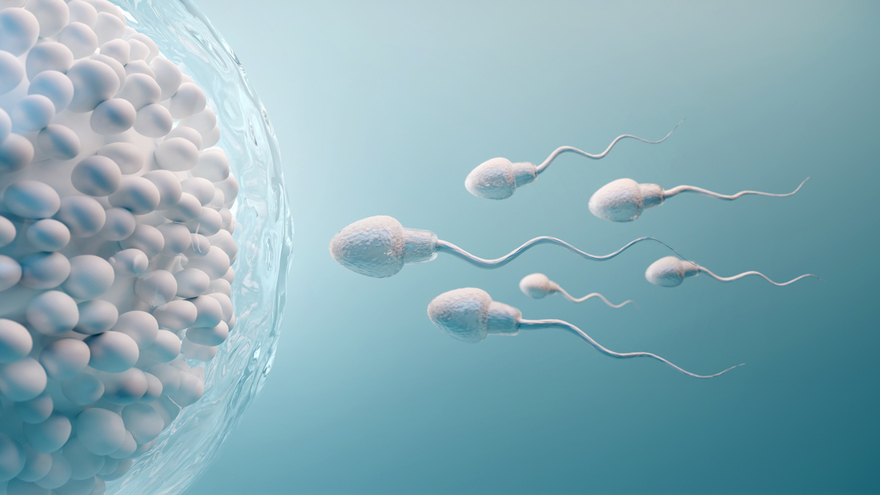 There have been studies that show growing kids from artificial insemination pregnancies, particularly ICSI, may be at a higher risk for some birth problems, such as imprinting disorders. Imprinting is the phenomena in which certain genes act differently depending on whether they involve a chromosome handed down from the father or the mother.

Reproductive scientists are afraid that manipulating gametes or zygotes will have an impact on the imprinting process or the following release. Other studies feel that the incidence of these birth abnormalities is comparable to that of natural pregnancy and that utilizing them should not be discouraged.

You should have a thorough discussion with your reproductive doctor about the possible dangers or problems of ICSI. Some couples want to try more traditional or over-the-counter methods before considering infertility therapies. 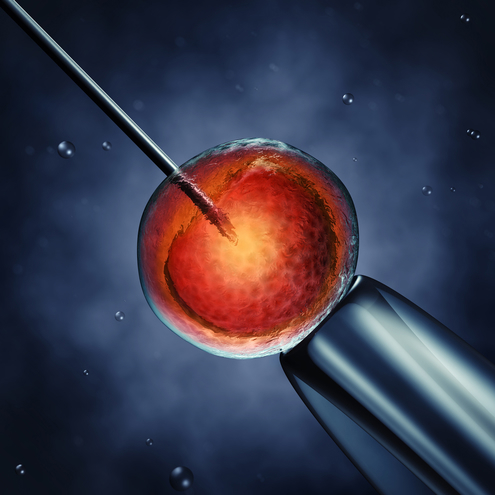 While ICSI can dramatically boost your chances of a healthy pregnancy during IVF cycles, there are numerous hazards that prospective parents should be aware of before undergoing this treatment.

The needle insertion during the ICSI method has the potential to damage the eggs, and the total probability of conceiving a kid with chromosomal abnormalities is 0.08 percent, or eight per 1,000 births. This may also raise your child's chance of miscarriage, cardiac issues, behavioral or learning impairments, or even infertility in adulthood.

Because of these concerns, it's critical to choose a reproductive clinic with little to no experience with these side effects, as well as a doctor you can trust.

What are the success rates for ICSI?

ICSI, along with IVF, is one of the most often utilized methods in Assisted Reproductive Technology. Since its inception, it has resulted in the birth of many thousands of kids throughout the world who would not have been born otherwise.

If a woman becomes pregnant naturally, her kid has a 1.5 to 3 % risk of having a serious birth problem. The risk of birth abnormalities related with ICSI is comparable to that of IVF, but somewhat greater than that of spontaneous conception.

Prenatal aneuploidy screening based on maternal age, nuchal translucency scan, and biomarkers is recommended in addition to routine prenatal care. However, biomarkers appear to be changed in ICSI pregnancies, resulting in a greater false-positive rate. Correction factors have been discovered and should be utilized when screening for Down syndrome in singleton pregnancies following ICSI, however such correction factors have not been completely explored in twin pregnancies. First trimester screening in vanishing twin pregnancies with a second gestational sac with a dead baby should be relied exclusively on maternal age and the nuchal translucency scan, as biomarkers are dramatically changed in these situations.

The slightly increased risk of birth abnormalities may be attributed to infertility rather than the therapies used to resolve infertility. Beckwith-Wiedemann syndrome, Angelman syndrome, hypospadias, and sex chromosomal abnormalities have all been linked to the use of ICSI. They are estimated to occur in less than 1% of infants conceived using this method.

When combined with in vitro fertilization, intracytoplasmic sperm injection (ICSI) is a fertility procedure that can assist intending parents with male infertility accomplish their desire of beginning a family (IVF). Intrauterine Insemination (IUI) has fallen by 80% in popularity since the introduction of ICSI. Because ICSI adds relatively few risks of potential birth abnormalities, it has become a frequently utilized treatment to assist many women in becoming pregnant after all other options have failed.