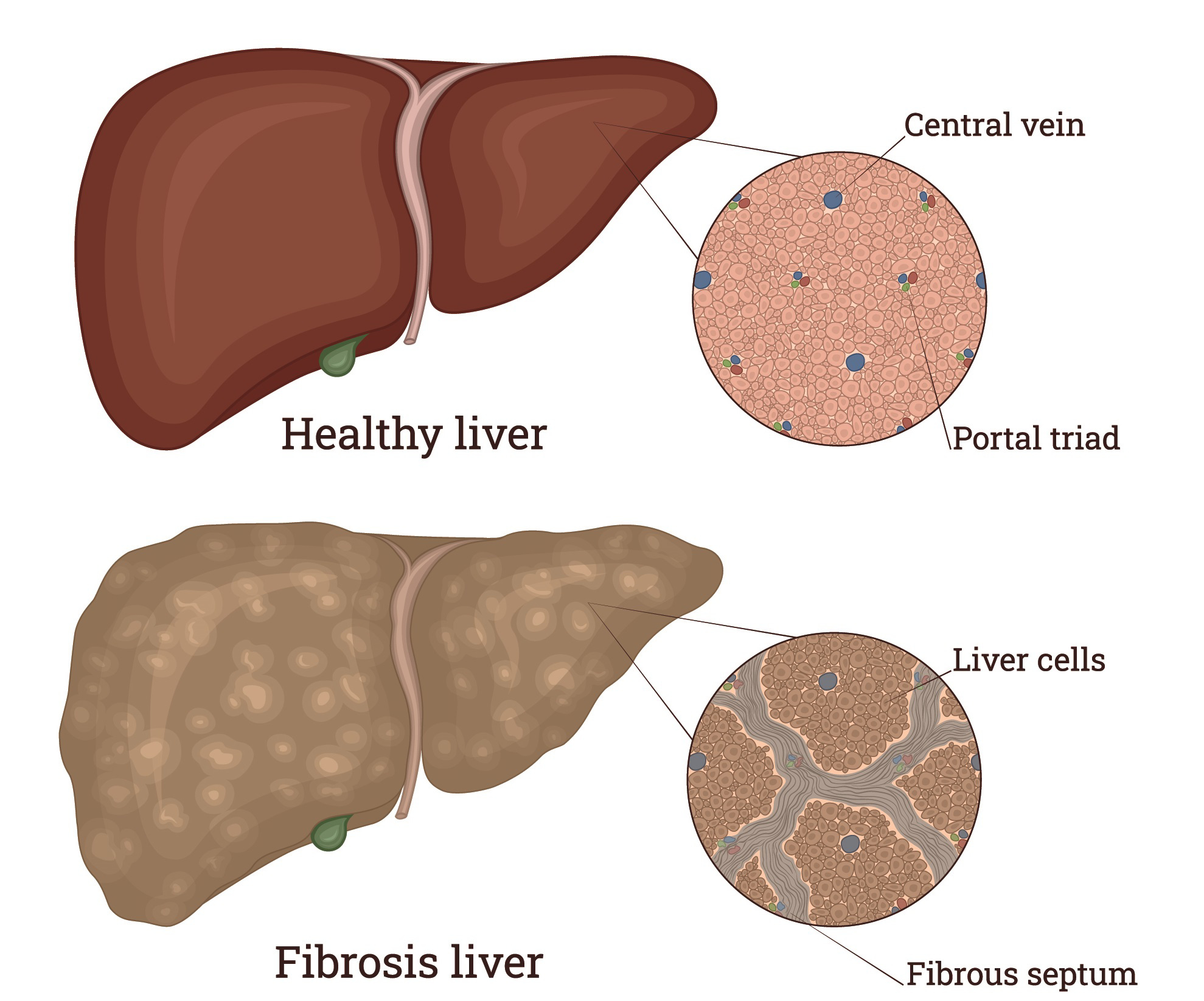 Liver fibrosis refers to scarring of the liver, one of the largest organs in the body. It is responsible for digestion, energy storage, formation of blood-clotting components, and removal of waste and bacteria, among other things. The liver can also repair injury or damage by regenerating or re-growing itself.

Liver fibrosis develops when scar tissue accumulates in the organ as a result of repeated or long-term damage or inflammation. Compared to healthy liver cells, Scar tissue cells are unable to repair themselves or operate in any other way. Fibrosis can lower the overall function of the liver and impair its ability to regrow as a result of this.

Fibrosis scar tissue can as well obstruct or restrict blood flow within the liver. This could starve and finally destroy the healthy cells, resulting in additional scar tissue.

Signs and Symptoms of Liver Fibrosis

The signs and symptoms of liver fibrosis are rarely noticeable. Hence, the majority of people with fibrosis are normally not aware of their condition. However, when fibrosis advances to cirrhosis, people frequently begin to experience the symptoms.

The signs and symptoms of early cirrhosis might vary; nonetheless, the most prevalent ones include:

The following are some of the most prevalent symptoms of advanced cirrhosis: 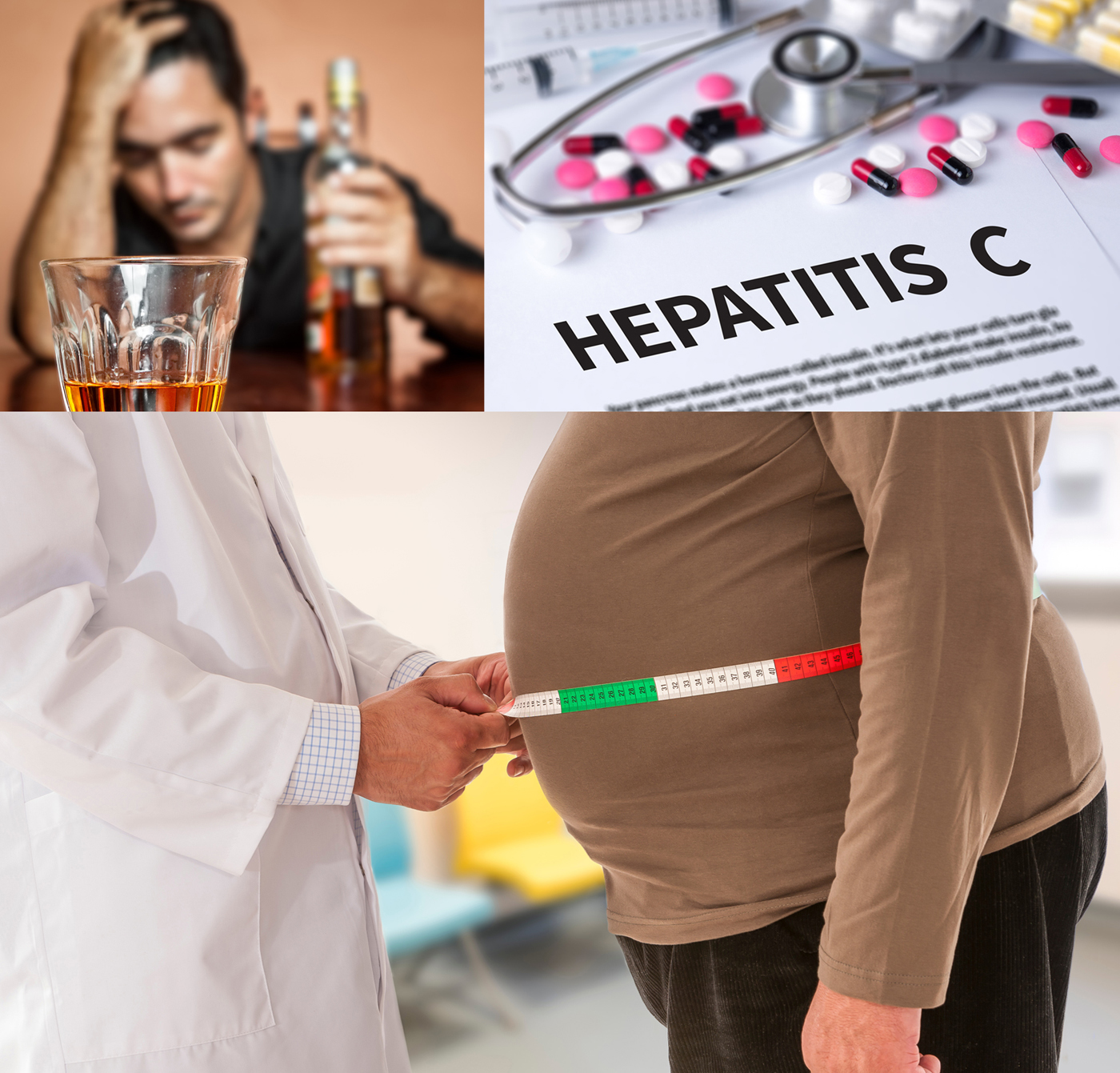 Liver fibrosis is typically a sign of a number of diseases. The following are the most common causes of liver fibrosis;

Some of the factors that can contribute to the development of liver fibrosis include;

There are various scales that medical providers use to define liver fibrosis stages. METAVIR is one of the most common liver fibrosis score systems that comprise five stages:

F0: No fibrosis or scarring; despite liver inflammation or hepatitis, there is no evidence of the death of the liver cell (necrosis) and scarring.

F1: Portal fibrosis (mild fibrosis) is characterized by necrosis and scarring in the small and medium portal vein branches that transport blood from the small intestine. Liver structure and function remain normal.

F4: Cirrhosis, which is characterized by chronic scarring and irreversible liver function loss.

If the gastroenterologist suspects liver fibrosis, he or she can order the following diagnostic tests and procedures;

Taking a liver biopsy was once thought to be the “gold standard” of diagnosing liver fibrosis. A biopsy is a surgical technique in which a doctor takes a small sample of the liver tissue. The sample is then sent to the lab for further examination by the pathologist to check for scarring or fibrosis.

The physician can ask for blood tests to look for indicators of liver fibrosis, including high bilirubin levels and some enzymes that signal liver damage. Creatinine levels in the blood are also measured to determine renal function. Hepatitis viruses will be tested as well.

The doctor can recommend magnetic resonance elastography (MRE) to diagnose liver fibrosis. The liver hardening or stiffening can be detected using this advanced non-invasive imaging technique. Other types of imaging tests like an MRI, CT scan, or ultrasound can be performed as well. 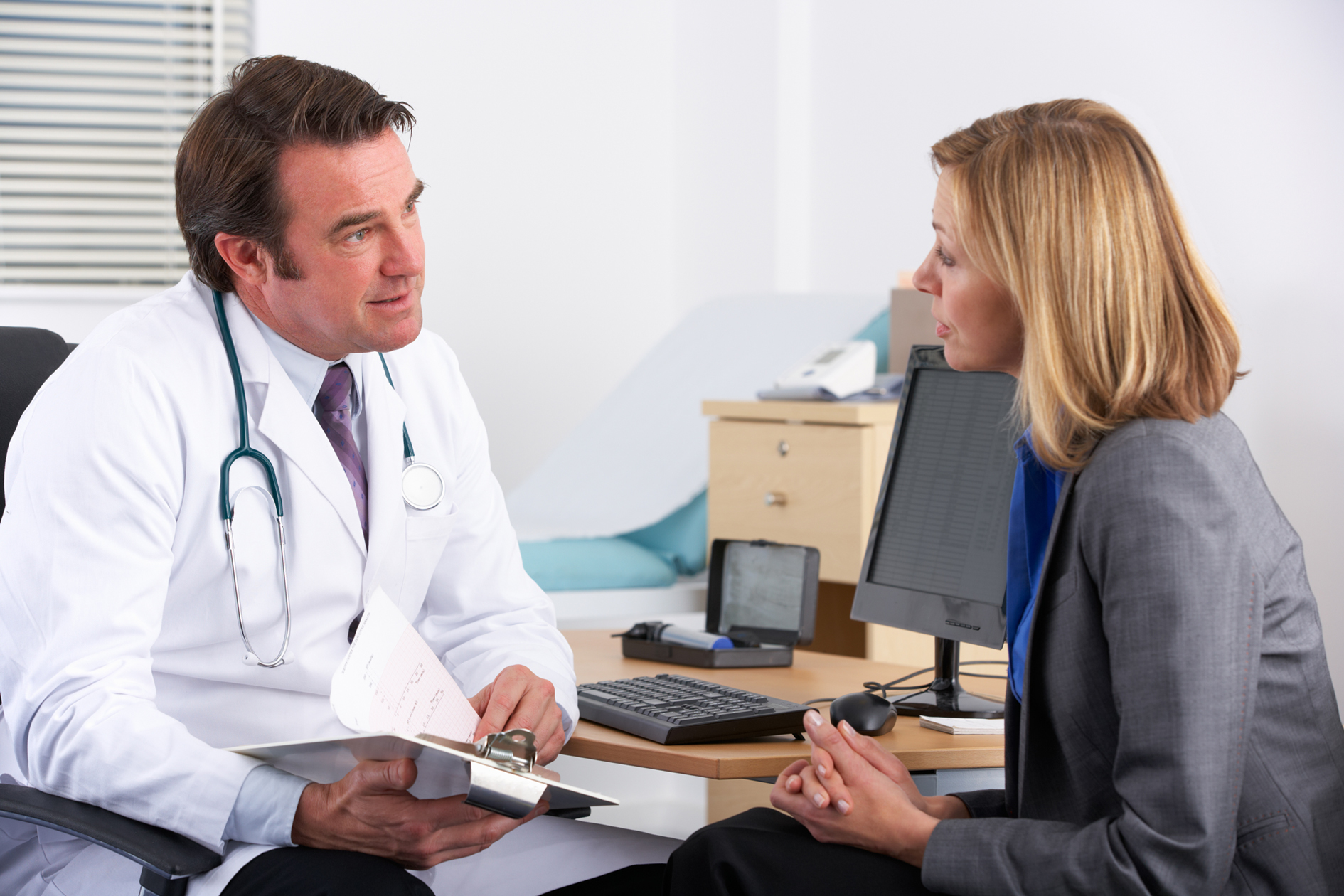 Because each chronic liver illness causes long-term inflammation within the liver, nearly all of them eventually lead to fibrosis. Scar tissue can form as a result of the inflammation, hence fibrosis.

As soon as the doctor determines the cause of liver fibrosis, he or she will recommend a suitable treatment plan. The following are some of the most prevalent treatment options;

Additional treatments are frequently necessary for a person who has progressed liver fibrosis or cirrhosis, while liver damage is usually irreversible. The following are some of the most common therapeutic options for the more advanced condition:

Cirrhosis, or chronic scarring of the liver that causes a person to get sick, is the most serious complication associated with liver fibrosis. This usually occurs over a long period, like one or two decades.

A person's liver is necessary for survival because it filters toxic compounds from the blood and performs a variety of other vital functions in the body. If fibrosis advances to cirrhosis or liver failure, a person may experience problems such as:

A person who has a liver disease is likely to die from any of these illnesses if not treated sooner.

Addressing the underlying cause or trigger of mild to moderate liver fibrosis can help reverse a portion or all of the damage. Depending on the source and degree of the fibrosis, the liver can repair more slowly or more quickly. Early detection and treatment of fibrosis can considerably increase a person's likelihood of having a full recovery.

While fibrosis is in its early stages, the damage could be localized and reversible. Nevertheless, as the disease progresses, it causes extensive, irreversible damage, which finally results in cirrhosis. More advanced fibrosis and cirrhosis can lead to serious health problems like liver cancer, liver failure, and even death.

Chronic damage or inflammation can result in scar tissue growing up in the liver. This restricts the organ's ability to operate and repair itself, resulting in liver fibrosis. The impacts of mild to moderate fibrosis can typically be reversed with treatment.

The illness, on the other hand, does not usually show symptoms till it has advanced. This causes irreparable damage and can lead to diseases like cirrhosis. As a result, identifying fibrosis at an early stage is critical.

If one has a number of risk factors and suspects they might have liver fibrosis, they need to seek medical advice. Moreover, if you have any indications of severe fibrosis or cirrhosis, consult your doctor immediately.