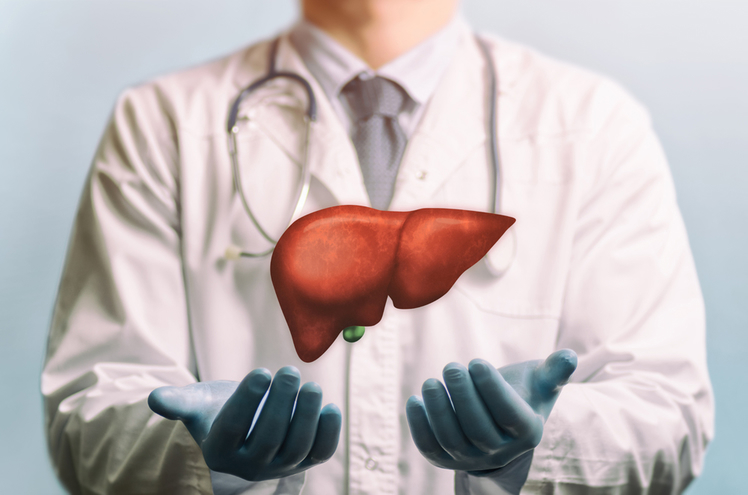 In the United States, cirrhosis and decompensated liver disease were the tenth highest cause of death for males in 2016. Liver transplantation (LT) is a life-saving gift and a tried-and-true treatment option for individuals with acute and chronic end-stage liver disease. It restores normal health and lifestyle, as well as extending life by 15 years. When all other medical approaches had failed, the introduction of liver transplantation provided a safety net for the treatment of numerous liver ailments.

Segmental transplantation permits two recipients to receive allografts from a single cadaveric donor or to donate a living donor's liver. When a person has a liver transplant to alleviate a medical condition (for example, familial amyloidosis), yet the liver is acceptable for transplant to another candidate, this is known as a Domino donation.

According to statistics from the Scientific Registry of Transplant Recipients, overall patient survival is high, reaching 90% one year after dead donor liver transplantation and 77% five years later. Since the first attempt at liver transplantation in 1963, there have been continual developments and significant improvements in surgical technique, type of organ donation with the growth of the organ donation pool, and a strong emphasis on the quality of life of both recipients and donors. There are still significant problems, such as the scarcity of donor organs, the identification of liver transplantation candidates, and organ distribution.

The liver is the biggest organ in the human body, and it sits beneath the 8-12 ribs on the right side. It is split into four anatomical lobes: the right and left lobes, which are separated by the falciform ligament, the quadrate lobe, and the caudate lobe. These four hepatic lobes do not operate properly. The Cantlie line separates the genuine functioning hepatic lobes, which are right and left lobes.

As it travels through the gallbladder bed and the notch of the inferior vena cava, the Cantlie line splits the liver nearly in half. Each of them is split into two segments, which are further separated into two subsegments depending on hepatic artery and portal vein blood supply, as well as biliary and hepatic venous outflow. The subsegments are numbered from 1 to 8, with the caudate lobe being number one and the others numbered clockwise, commonly known as the Couinaud system.

The liver has a dual blood supply from the systemic and portal circulations via the portal vein and hepatic artery. The functional unit of the liver is known as a hepatocyte, and these hepatocytes are classified as follows:

Criteria for a liver transplant 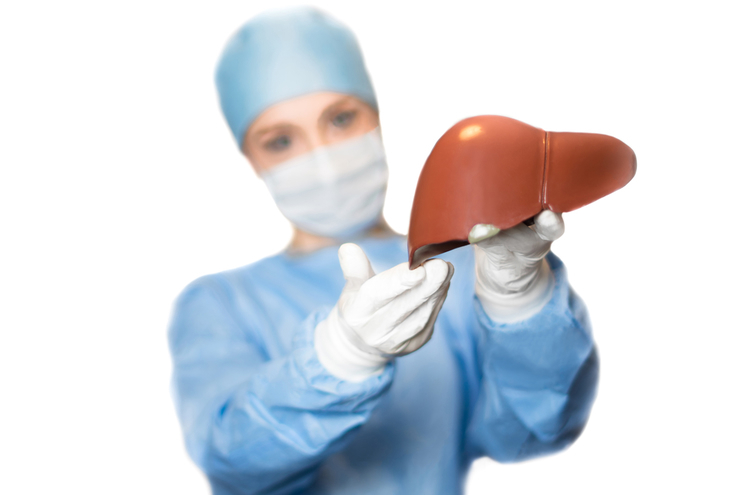 The Model of End-Stage Liver Disease (MELD score), which was originally created to predict survival following a transjugular intrahepatic portosystemic shunt (TIPS) surgery, was discovered to predict survival in cirrhotic patients. It was widely acknowledged as a useful strategy for prioritizing organ allocation for liver transplantation. The MELD score evaluates a patient's 3-month mortality rate by using mathematical estimates of creatinine, bilirubin, and INR levels in the serum.

In the pediatric population, an altered MELD score formula is established that replaces creatinine with age, albumin, and failure to thrive. The Organ Procurement and Transplantation Network's Policy for MELD Score was amended in 2016 to add serum sodium value as a consideration in calculating the MELD score. Hyponatremia is a prevalent condition in cirrhotic individuals, and the severity of hyponatremia is a measure of cirrhosis severity.

Cirrhotic individuals with ascites, bleeding varices, hepatic encephalopathy, or hepatocellular dysfunction who have a MELD more than 15 have a strong high indication for liver transplantation investigation. 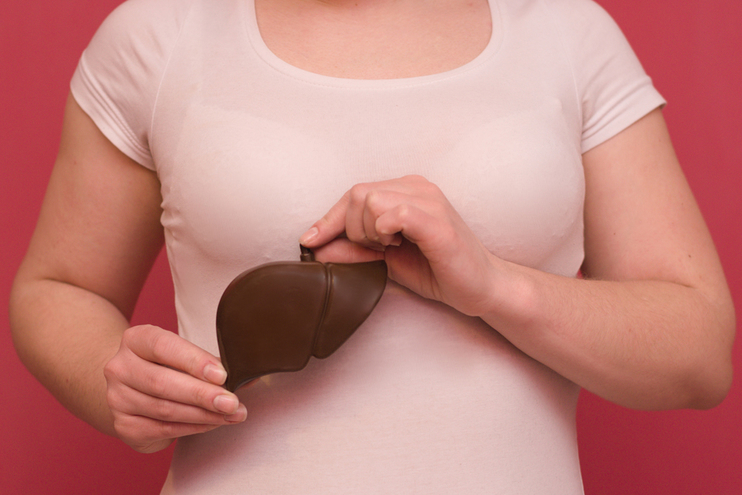 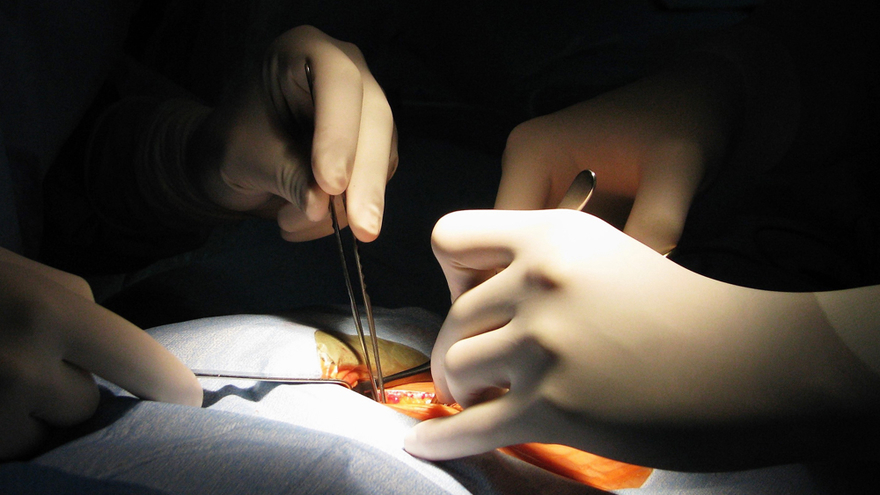 Many essential features and health problems in liver transplant candidates must be addressed during the pre-transplantation examination. This assessment should involve a complete, comprehensive history and physical examination, laboratory testing, and imaging scans in order to perform a full systematic review and manage patients appropriately. 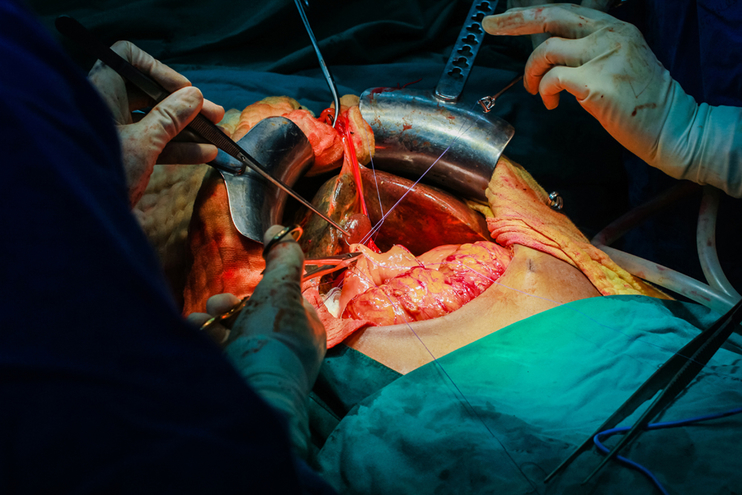 There are two parts to each liver transplant procedure: the donor and the recipient.

Following dissection of the hepatic ligamentous attachments and hilar structures, the patient's native liver is completely removed. The inferior vena cava (IVC) should be encircled to ensure adequate blood control. Donors can be either deceased or alive.

The suprahepatic IVC is linked first, then the infrahepatic IVC, and finally the portal vein. After these stages are completed, the clamps are released, and the portal vein begins to draw blood into the liver to perfuse it. The recipient's and donor's hepatic arteries are joined at the anastomoses of the gastroduodenal artery, and the bile duct is then repaired.

In contrast to the full graft delivered by a deceased donor, a living donor graft is partial. Because a living donor graft has a notably smaller hepatic artery, hepatic vein, and portal vein to implant, the most important component is to make appropriate room by incising the hepatic vein along the sidewalls to guarantee adequate sources for arterial hepatic, portal, and biliary reconstruction.

The hepatic vein is anastomosed first, which requires a suitable length for anastomosis, followed by the portal vein, and lastly, the hepatic artery, which is problematic owing to many short tributaries. Finally, duct to duct anastomosis for the bile duct is done.

Donors having hepatectomy all have a distinctive incision in the right subcostal area that extends into the midline, preventing dissection of the rectus muscle on both sides. Before wound closure in situations of right hepatic lobe donation, the left lobe should be connected to the anterior abdominal wall.

Complications are either early or late after liver transplantation:

The abnormal liver enzymes normally return to normal in the first week, and the liver graft begins to regenerate. The major non-function of the allograft is the most significant post-liver transplant consequence. This immediate consequence manifests as either a lack of bile production or the formation of clear bile, both of which are linked with deteriorating liver enzymes and bilirubin levels. This immediate consequence necessitates the use of a fresh transplant in order for the patient to survive.

Hepatic artery thrombosis is most common in the first few months after a liver transplant, but it can develop later. The clinical manifestation varies, and individuals may be asymptomatic or develop a fever and elevated liver enzymes. Hepatic ischemia, necrosis, and ischemic cholangiopathy can result from this. Patients may require a re-transplant depending on the severity of graft malfunction, especially if it happens during the first week after liver transplantation.

Acute cell rejection is prevalent, affecting up to 50% of patients after a liver transplant. The majority of occurrences occur within the first two months after a liver transplant, and the majority of patients react to corticosteroids. Anti-thymocyte globulin is required in the case of corticosteroid-resistant rejection. For a definite diagnosis, a liver biopsy should be conducted. Long-term prospects are promising.

Biliary strictures are most commonly found at the biliary anastomosis. Endoscopic dilation, stenting, or, less usually, surgical revision can be used to treat this. Non-anastomotic or ischemic strictures can also occur as a result of hepatic artery thrombosis, ABO incompatibility, prolonged graft ischemia (warm or cold), or grafts donated after cardiac death.

Immunosuppression after liver transplantation raises the risk of opportunistic infections such CMV (the most frequent viral infection), Candida infections (the most common fungal infection), Pneumocystis carinii, Aspergillus, Nocardia, and Cryptococcus. Tacrolimus with cyclosporine can cause neurologic and renal impairment, as well as the development of hyperglycemia.

The harmful effects of immunosuppressive medications are mostly blamed for late problems. The most prevalent are chronic kidney disease (CKD), hypertension, diabetes, and dyslipidemia. Calcineurin inhibitors, in conjunction with pre-transplant CKD and HTN, contribute to the development of renal failure after liver transplantation. This is handled with tight blood pressure management and dosage decrease or cessation of calcineurin inhibitors.

Immunosuppressive medicines raise the risk of cardiovascular disease by increasing risk factors such as diabetes, hypertension, obesity, and dyslipidemia. This, along with a high-risk lifestyle in patients, results in a significant rise in atherosclerosis.

Long-term corticosteroid usage, malnutrition, and vitamin D insufficiency caused by liver illness all raise the risk of osteoporosis. This problem has recently been minimized as a result of effective therapy with bisphosphonates and lower corticosteroid dosages.

Calcineurin inhibitors cause neurologic deficits, most notably tremors, as well as sleeplessness and paresthesias. Recurrent hepatitis C or B infections are examples of recurrent illness after liver transplantation. Both can be well-managed after a liver transplant. Other chronic liver disorders, such as NASH, PBC, PSC, AIH, and HCC, might reoccur.

Cost of a liver transplant

A liver transplant can cost up to $575,000 or more for people who do not have health insurance, including follow-up treatment and drugs for the first six months following the operation.

Liver transplantation is a tremendously difficult process that necessitates an extraordinarily high level of interprofessional coordination among all members of the medical team. Surgeons, hepatologists, OR and floor nurses, nutritionists, therapists, and social workers are all important components of the healthcare team who contribute significantly to the results of liver transplantation.

Attention should be paid to preventing and minimizing the long-term consequences of immunosuppression, as well as managing early and late problems and disease recurrence, which lead to patient deterioration and may necessitate re-transplantation. With open communication and cross-disciplinary collaboration, liver transplantation can have a far better probability of success with less morbidity and death.