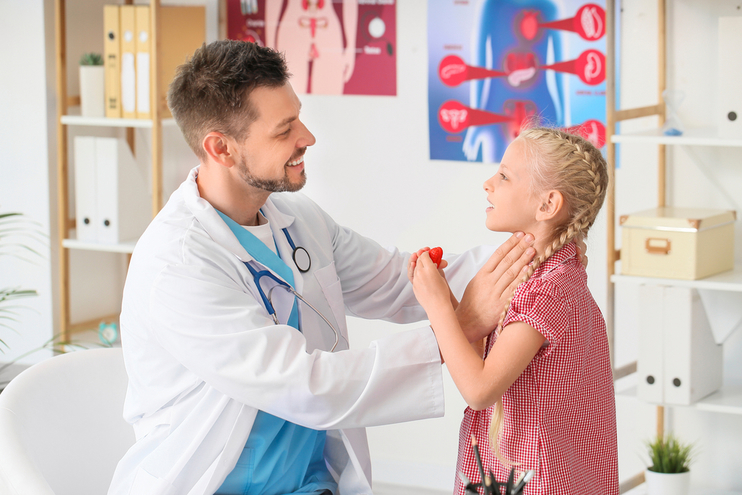 The lymphatic system is the network of vessels responsible for returning extra fluid from tissues to the venous system, as well as the lymph nodes that filter this fluid for microorganisms.

Lymphatic cysts are collections of lymphatic fluid with an epithelial lining that might reflect lymphatic abnormalities or emerge as a result of trauma or surgery. Lymphangiomas, also known as lymphatic cysts, are lymphatic system abnormalities characterized by thin-walled cysts; these cysts can be macroscopic, as in a cystic hygroma, or microscopic.

These abnormalities can occur at any age and in any area of the body, but 90% occur in children under the age of two and involve the head and neck.

These abnormalities might be congenital or acquired. Congenital cysts are frequently connected with chromosomal disorders like Turner syndrome, although they can also exist on their own. Fetal ultrasonography is widely used to detect lymph cysts before delivery. Trauma, inflammation, or lymphatic blockage can all result in Acquired Form.

The majority of cysts are benign lesions that produce just a soft, slow-growing, "doughy" mass. Lymphangiomas are normally treated exclusively for aesthetic reasons because they have little probability of turning cancerous. Complications from impingement on important organs, such as respiratory distress when a lymphangioma pinches the airway, may occur in rare cases. Aspiration, surgical excision, laser and radiofrequency ablation, and sclerotherapy are all options for treatment.

What is Lymphatic Cyst? 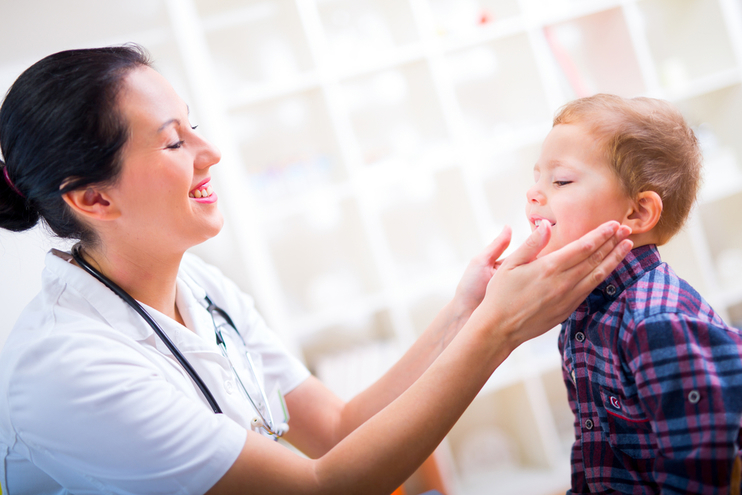 A lymphatic cyst (lymphangioma) is a mass in the head or neck caused by abnormal lymphatic vessel growth. Lymphatic vessels are tiny channels that run alongside blood vessels and assist transport tissue fluids from the body to lymph nodes and then back to the circulation.

There are 2 main types of lymphatic malformation:

Lymphatic malformations can occur in children who have particular chromosomal abnormalities or genetic disorders. Down syndrome and Turner syndrome are two examples.

How Common is Lymphatic Cyst?

No racial predominance is reported for lymphangiomas.

In most research, equal sex occurrences of lymphangiomas are recorded. Some studies claim that lymphangioma circumscriptum is more prevalent in women than in men, while others claim a male-to-female ratio of 3:1.

What Happens in This Abnormality? 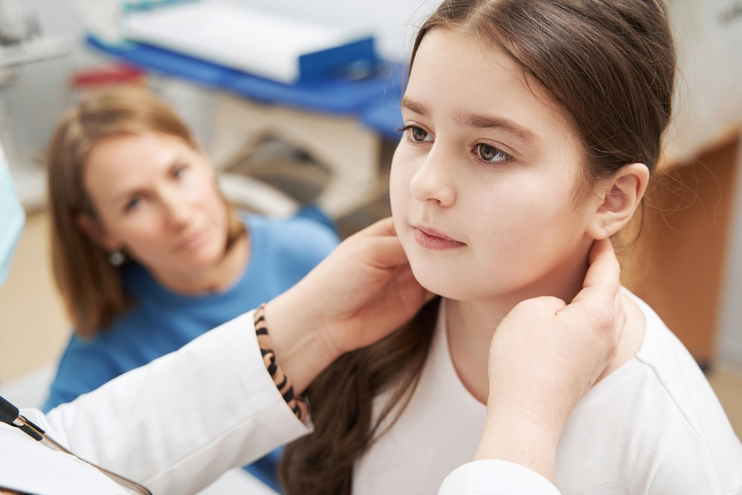 The lymphatic system is a network of tubes that collects lymph (LIMF) from bodily tissue and maintains proper body fluid levels. This transparent, light yellow fluid flows from blood arteries located throughout the body. The lymphatic system transports lymph back into the circulation. Lymphatic malformations (LM) develop because the lymph in their aberrant vessels cannot drain properly and are generally distinct from the normal vascular system. This causes them to swell, resulting in a flare.

As a lymphatic malformation expands in size, it may impose pressure on adjacent organs such as the eyes, trachea (windpipe), or blood vessels. Lymphatic anomalies can develop inside the skin, fat, connective tissue, joints, organs, or bones. They can develop everywhere in the body except the brain, although they are most frequent in the head and neck.

There are two main types of lymphatic malformations: 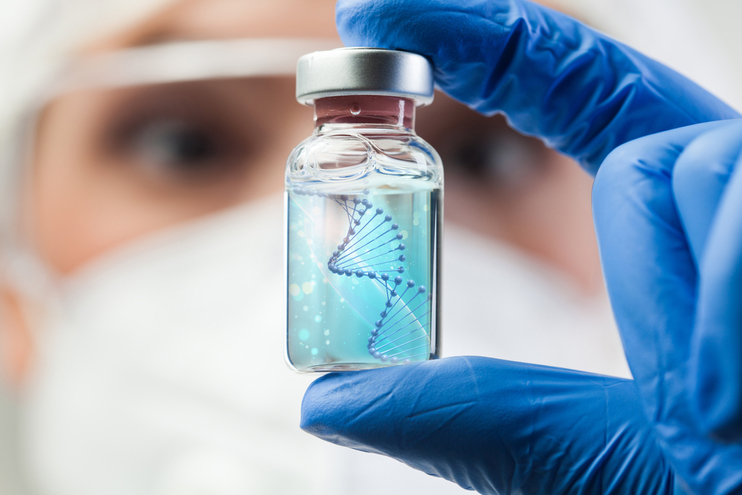 It is unknown why these embryonic lymph sacs remain separated from the rest of the lymphatic system. Fetal lymphangioma is thought to be caused by a failure in lymphatic drainage, as seen by regular prenatal ultrasonographic examinations. Vulva lymphangioma circumscriptum may be caused by pelvic lymphatic blockage, which has been associated to colorectal cancer, cervical cancer, or endometrial carcinoma in certain individuals.

The lymphatic malformations are caused by an activating mutation in the PIK3CA gene in a substantial proportion of individuals. This is a somatic (non-inherited) mutation that has been localized to the lymphatic endothelial cells that line the fluid-filled channels. PIK3CA is known to have a function in cell growth regulation by signaling via the PI3K/mTOR pathway. 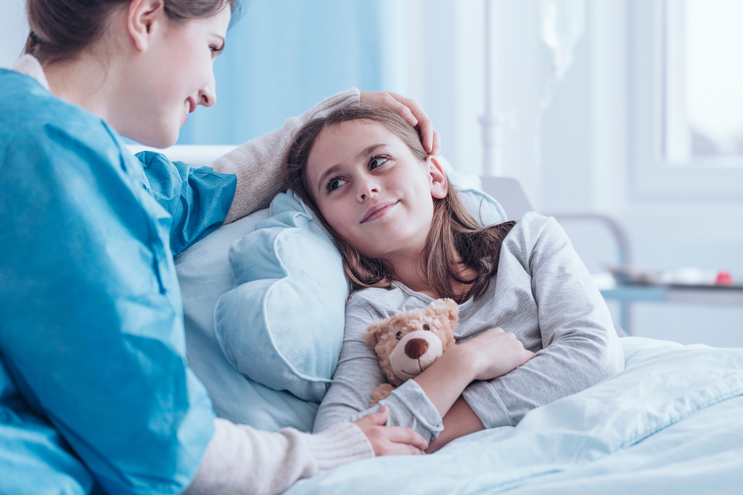 The symptoms of the illnesses listed below may be similar to those of lymphatic abnormalities. Comparisons can help in differential diagnosis.

Gorham-Stout disease, also known as vanishing bone disease, is a rare bone disorder characterized by bone loss (osteolysis) and an increase in the number of tiny blood (vascular) or lymphatic vessels (proliferation). Affected individuals develop bone destruction and resorption. It is possible that many bones will be affected. The pelvis, shoulder, spine, ribs, jaw, and skull are frequently impacted. There may be pain and edema in the afflicted region. Gorham-Stout illness makes bones more prone to fracture. Severity might vary from person to person and can result in deformity and functional incapacity. Gorham-Stout disease's specific etiology is unknown. 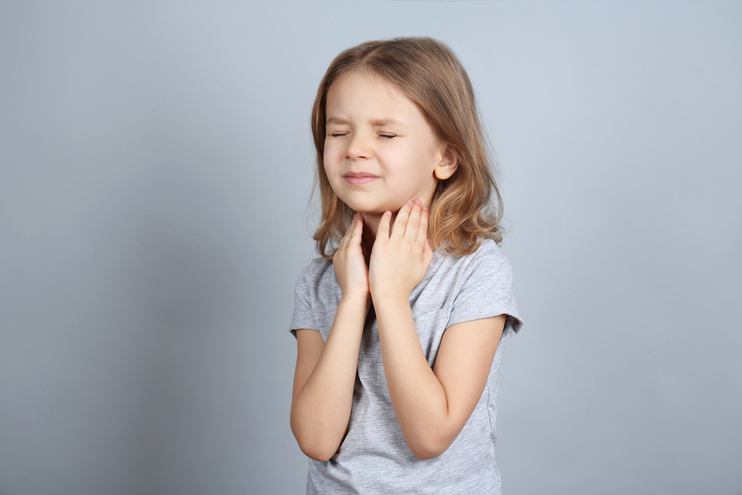 The skin surrounding lymphatic abnormalities is frequently riddled with tiny bubbles known as vesicles. These appear to be small blisters. The fluid in them starts off clear and colorless, but if blood leaks into them, as in other forms of lymphatic malformations, it turns dark red. These skin lumps have the potential to induce bleeding from the skin's surface. Less typically, the vesicles are filled with chyle," a milky fluid."

A child with a lymphatic malformation may have:

Some symptoms are related to the area of the body affected: 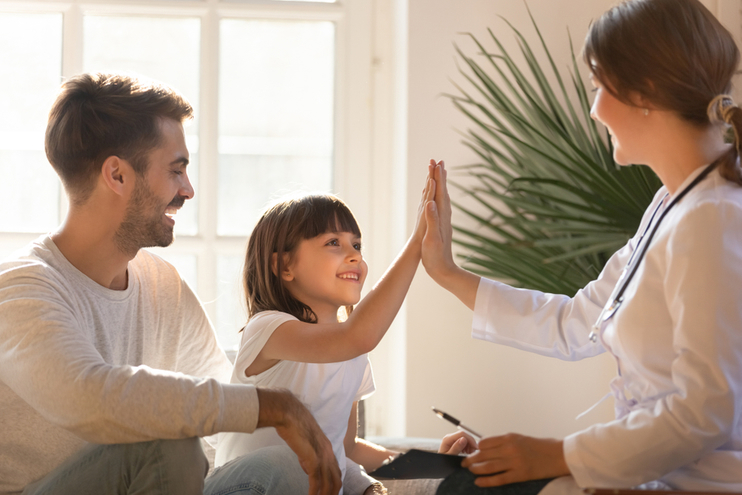 Pediatric specialists often work together as a team to treat a child's lymphatic malformation.

The doctors involved may include:

The team will investigate the nature and location of the lymphatic malformation, as well as the child's age, health, and other medical issues. They will choose a therapy that has the fewest side effects and hazards while providing the best outcomes.

Things to know about treatment options:

Incision and draining the lymph from a lymphatic malformation can temporarily reduce its size. This is usually only done for diagnosis or to treat an infection.

Sclerotherapy is an extremely effective treatment for LM. This procedure is normally carried out by a clinician known as an interventional radiologist. Sclerotherapy involves injecting a specific drug into the lymph vessels and cysts of the LM with needles implanted through the skin. The drug injected into the LM causes injury to and destruction of the lymph vessels. Scars grow inside the aberrant lymph veins as a result, and less lymph flows through the region.

Sclerotherapy may require many sessions to achieve the best results. Treatments are typically spaced at least six weeks apart. A doctor will utilize ultrasound to target the LM and X-ray imaging to assist guide and monitor the treatment during a sclerotherapy treatment. During these operations, the skin is not cut. To transfer the drug directly into the deformity, only needles are required.

Swelling, skin irritation, bruising, and discomfort at the treatment site are possible after therapy. Ulceration is the most common consequence of sclerotherapy. This causes a sore or wound on the skin above the LM, known as an ulcer. Ulceration occurs in fewer than 5% of instances. Your doctor will advise you on how to treat an ulcer until it heals.

Although sclerotherapy reduces the size of the LM, it is possible for the LM to grow again over time. Most LMs cannot be cured; instead, they must be managed for the rest of one's life. Many patients have many rounds of therapy throughout the course of their lives. The objective is to alleviate symptoms as much as possible.

Laser therapy is a medical procedure that use a powerful laser beam to cut, burn, or destroy tissue. LASER is an abbreviation for light amplification by stimulated emission of radiation. It may be used to treat skin or oral lymphatic abnormalities.

Furthermore, the anticipated results of therapy may not be durable, necessitating further sessions.

It is occasionally used to treat tongue lymphatic abnormalities. A needle injected into the lymphatic malformation emits radio waves, which ablate (destroy) the abnormality.

If the lymphatic malformation becomes infected, antibiotic therapy and drainage may be required.

Excision and removal of the cyst is a surgical technique. Your child will be transported to an operating room and sedated. Unless your kid has underlying issues that necessitate post-operative care, this operation usually does not necessitate a hospital stay.

Cysts can be treated in a variety of methods, although minor surgical excision is the most successful. Other medical treatments, such as cyst drainage, may be effective in the short term, but the cyst will most likely return. This is because when a cyst is drained, the cyst walls remain in the skin. These walls increase the likelihood that the material accumulation within the cyst will reoccur. Cyst removal surgery aims to remove the cyst completely, including the cyst walls, so that it cannot develop again.

Many cysts are harmless and pose no risk to your health. Some cysts remain small and unnoticeable. In such circumstances, no therapy may be the best option. However, if the cyst causes discomfort, grows in size, or is just unsightly and you want it removed, surgery should be considered.

Cyst removal surgery is not a difficult procedure. Children will not be permitted to eat or drink before surgery but will be given food and water as soon as they awaken. An incision is done and a local anesthetic is provided to the affected region. The cyst is then completely removed by the surgeon. Because a cyst takes up space, removing it typically results in a wound that requires sutures. A minor scar may be left following cyst removal surgery in many cases.

There are a few exceptions to surgical removal at the time of diagnosis, including premature newborns and those with involvement of critical neurovascular systems that are small and difficult to find (e.g., the facial nerve). If there is no airway obstruction, surgery can be postponed until the kid is 2 years old or older, especially if the procedure involves the facial nerve.

Can Lymphatic Cyst Be Treated Without Surgery? 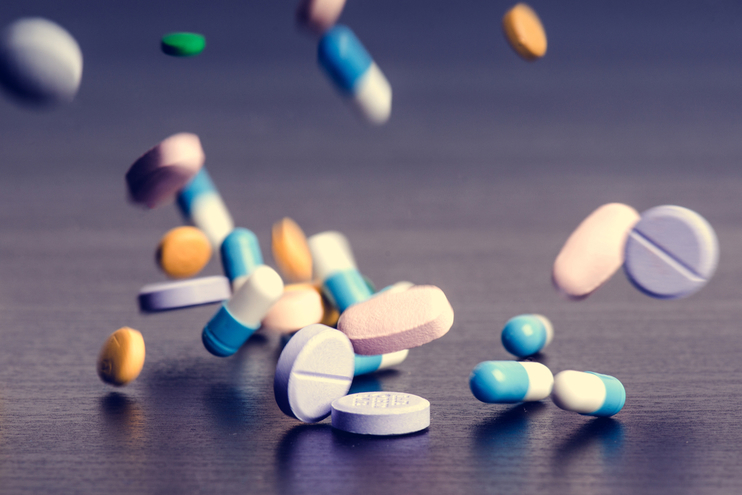 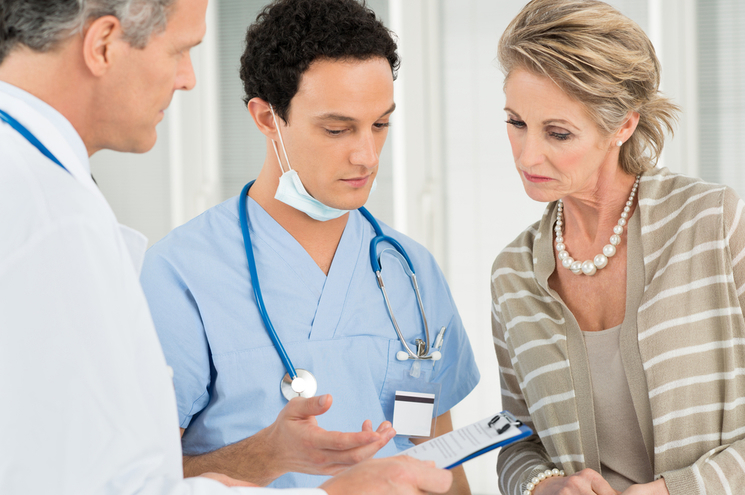 Untreated lymphatic abnormalities might produce complications. It can rapidly grow in size, get infected, or bleed. Even if your child's deformity is cured, it is possible that it can reoccur.

Other issues are dependent on where the deformity is located and how large it is. They may include the following: 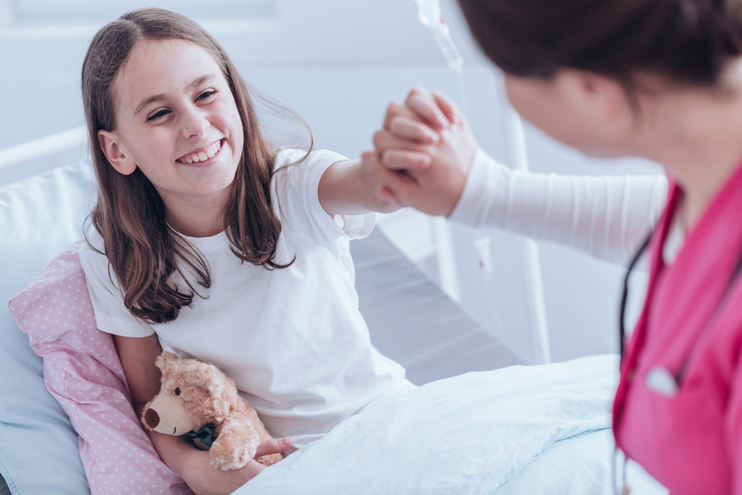 Lymphangiomas are benign hamartomatous abnormalities rather than malignant tumors. Lymphangiomas have a great prognosis.

Patients' well-being is seldom jeopardized by cutaneous lymphangiomas. Patients are expected to live a full and healthy life, and they typically seek medical treatment for aesthetic reasons.

Lymphangiomas are hamartomatous abnormalities that do not have the potential to become cancerous. Total surgical excision is recommended in the case of cystic hygroma to avoid problems such as respiratory impairment, aspiration, and infections in key locations such as the neck. Unless thoroughly removed, lymphangiomas have a high proclivity for local recurrence. Recurrent cellulitis and mild bleeding are relatively uncommon.

Lymphatic malformations, also known as lymphangiomas (cysts), are benign (non-cancerous) vascular lesions composed of fluid-filled gaps (cysts) that are hypothesized to originate as a result of aberrant lymphatic system development.

In general, lymphatic malformations are classed as macrocystic, microcystic, or mixed based on the size of the cysts; they are further divided into superficial lymphangioma circumscriptum lesions and deeper-seated lymphangiomas (cavernous lymphangioma and cystic hygroma).

They are present at birth, although they may not be discovered until later in life. They are most frequent in the neck and axilla, although they can also be found in the mouth, arm, mediastinum, lung, leg, abdomen, and viscera. Some are as little as a blue or red spot, while others are much larger and affect a full arm or leg.

The indications and symptoms of lymphangiomas vary depending on the size and location of the tumor; nonetheless, lymphangiomas can disfigure afflicted regions and impair the function of neighboring organs or tissues. The precise underlying reason is unclear. Treatment options vary depending on the indications and symptoms present in each individual, however surgery may be a possibility.