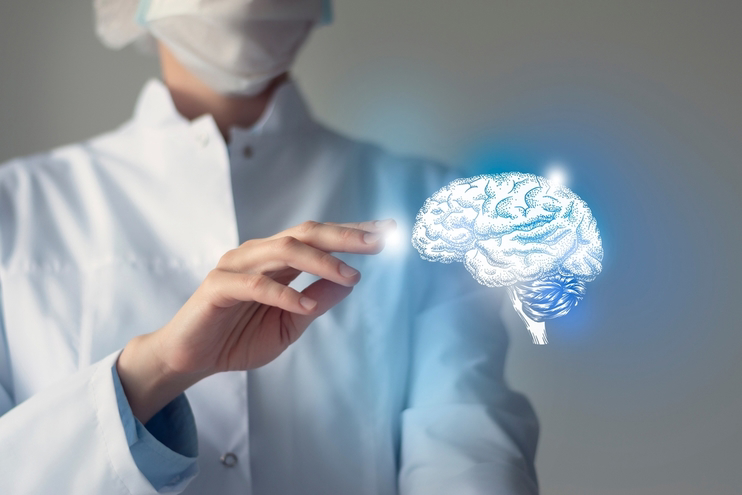 Medulloblastomas are a type of childhood solid tumor that is highly undifferentiated, fast-growing, and extremely aggressive, with the poorest prognosis. The cornerstones of first-line treatment for these aggressive embryonal tumors, which are the most common primary malignant brain cancer in children, remain maximal safe resection, craniospinal irradiation (CSI), and chemotherapy.

Until the 1960s, medulloblastomas were regarded as one of the most dismal illnesses in neurosurgery, with survival rates remaining as low as they were in the early days of neurosurgery when posterior fossa tumors were the most dangerous. Enhanced research, improved diagnostic, surgical, and radiation technologies, as well as newer and more effective chemotherapy treatments, have resulted in significantly improved patient outcomes. Despite aggressive treatment strategies, a considerable clinical challenge still exists due to acute presentation, quick growth, rapid clinical course, and early fatal termination, resulting in a large proportion of morbidity and death.

Medulloblastoma is the most frequent malignant brain tumor in children, according to most experts. However, current evidence suggests that high-grade gliomas are slightly more common as a group. Every year, roughly 350 new cases of medulloblastoma in children are detected in the United States, accounting for about 31% of all pediatric brain tumors and 8-10% of all brain tumors.

There are distinct bimodal peaks, with a larger prevalence in children aged 3 to 4 years and between the ages of 8 and 10. Around 70% of pediatric medulloblastomas develop during the first decade of life.

A 2-week-old child and a 55-year-old adult have both been diagnosed with medulloblastoma. Adults account for about 1–3% of occurrences, with the majority occurring before the age of 40.

Cushing discovered that medulloblastomas were three times more prevalent in males than females, and most documented findings since then have continued to show a male predominance. The male-to-female ratio is roughly 2:1. 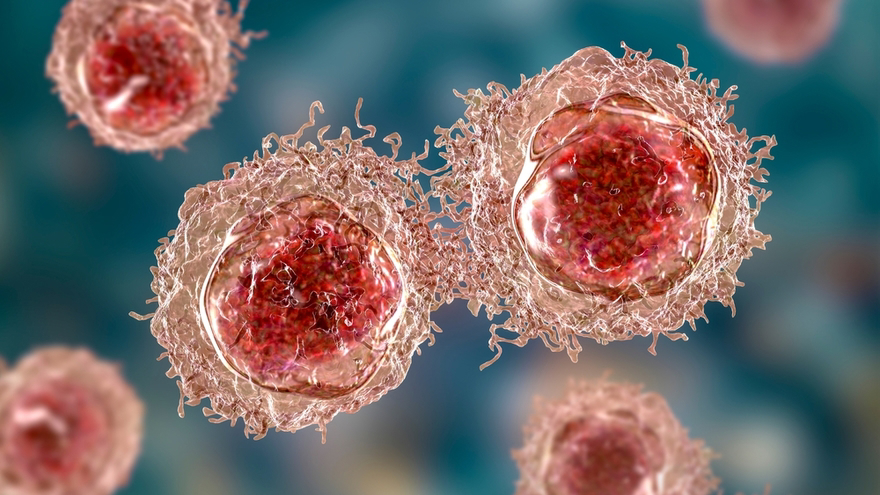 Tumor growth begins in the fourth ventricle and can spread to completely engulf it. It is thought to arise from granule cell precursors in the developing cerebellum's external germinal layer (EGL). The tumor then spreads to the vermis of the cerebellum and the brainstem, seeding the craniospinal axis. Medulloblastoma is a cancerous tumor that has a tendency for local invasion and distant metastatic spread via the subarachnoid system (i.e., within the brain and along the spinal cord).

Isochromosome 17q, which results from the loss of the short arm (p) and the subsequent acquisition of genetic information from the long arm (q), is the most common cytogenetic mutation observed in medulloblastoma. Also, deletions in the short arm have been documented regularly, resulting in the loss of 17p heterozygosity (i.e., 17pLOH).  Interestingly, in medulloblastoma, the tumor suppressor gene TP53, which is found on chromosome 17p, is rarely mutant. As a result, researchers are still looking for probable tumor suppressor genes on chromosome 17p in the setting of medulloblastoma.

From the beginning of the history of this particular form of tumor, various classifications have been attempted. The introduction and development of molecular biology, as well as its integration into genetic profiling, has advanced classification above that of simple histology classification. The molecular subgroupings aid in the prediction of disease progression and outcomes, as well as the selection of therapy choices. Recently, treatment plans have been developed in line with a classification that incorporates both histology and molecular subgroupings to achieve the best possible outcome for individual patients through personalized treatment. 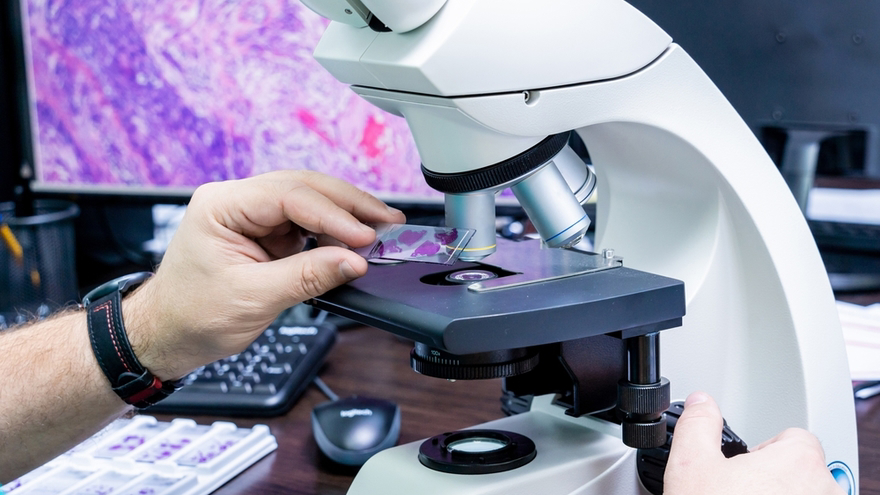 The following are the types of histological classification: Molecular research has contributed to a better knowledge of CNS embryonal malignancies. Genomic studies describing common genetic profiles and biological traits have largely influenced this reflection. As a result, tumors have been reclassified, sub-typed, and new entities have been discovered. Individual molecular subgroups for medulloblastoma have been found based on cytogenetic patterns throughout the last two decades. Each subgroup is associated with specific prognostic characteristics and survival outcomes, and each subgroup is named for the cellular pathway activation or genetic abnormalities it manifests. Wingless (Wnt), Sonic hedgehog (Shh), Group 3, and Group 4 medulloblastomas were classified into four distinct subgroups in 2010 in Boston by an international group of medulloblastoma experts based on their unique set of demographic and medical features, genetics, gene expression, genome-wide transcriptomic, and DNA methylomic profiles. The specific molecular subgroups are more exact than histopathological or clinical staging in predicting prognosis and clinical behavior. Although there are some areas of overlap, these molecular subgroups are different from the histologic subtypes.

The World Health Organization (WHO) currently separates medulloblastoma into five subtypes based on a combination of molecular profiling and histology: 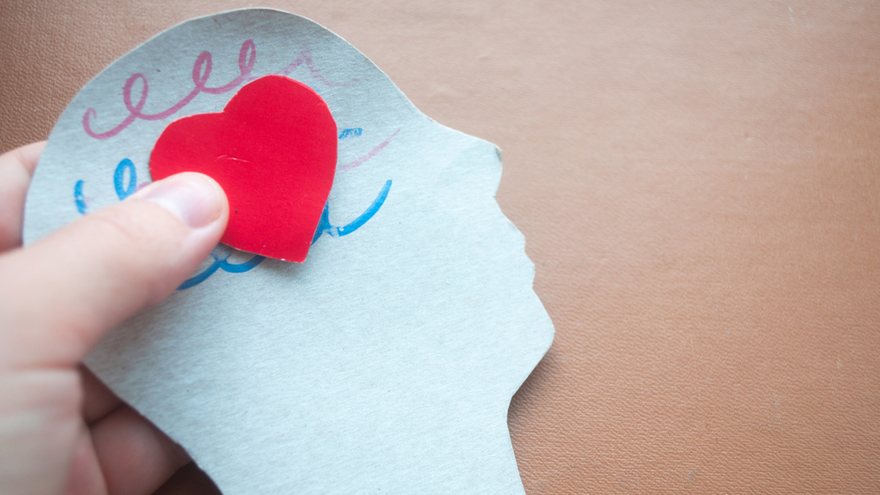 For the most part, the causes of medulloblastoma remain unknown. In certain studies, parental pesticide use and occupational exposure to hydrocarbons, as well as exposure to N-nitroso chemicals and metals, have been linked to a greater incidence.

The most popular hypothesis for the genesis of medulloblastoma in previous literature was cell misplacement during early embryonic development, where genetic variables play an important role. With the advent of genetic investigations, this has been proven true over time. The presence of various family cancer syndromes in children with medulloblastomas, such as TP53 germline mutation syndromes, Gorlin syndrome, and Turcot syndrome, suggests that hereditary factors may play a role.

Human Cytomegalovirus (CMV) protein pp65 immunoreactivity has been shown in medulloblastomas in studies, but the carcinogenic role of CMV is still controversial. CMV, on the other hand, is thought to act as a potent oncomodulator, prompting researchers to investigate its potential as a novel immunotherapeutic agent.

Patients usually present with a combination of cerebellar signs such as clumsiness, gait abnormalities, and obstructive hydrocephalus, such as early morning headaches, nausea/vomiting, double vision (diplopia), or blurring of vision, due to its origin in the cerebellum and propensity for locally spreading into the fourth ventricle.

Obstructive hydrocephalus is frequent since the majority of medulloblastomas are found in the fourth ventricle. Vomiting, headaches, and tiredness are common symptoms in these people. The time between the start of symptoms and diagnosis is typically two to three months.

Almost all patients show early signs of increased intracranial pressure, which is associated with headaches in the morning and subsides later in the day. Cushing triad patients frequently have an imminent herniation and require quick treatment.

Ataxia and truncal instability can potentially be caused by a tumor in the cerebellum. If the brainstem is affected, cranial nerve palsies such as double vision, hearing loss, facial paralysis, and head tilt may occur.

Optic pallor or papilledema may be visible during fundoscopy. Abduction (looking to the side) of the eye may be restricted if the abducens nerve is paralyzed. Some patients may show signs of the sun setting. Patients with macrocephaly may have their head circumference evaluated. 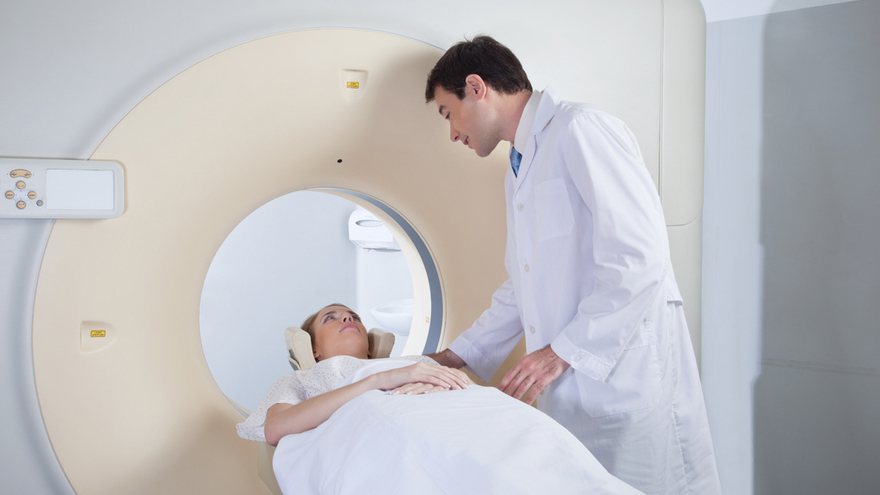 Routine lab testing, including thyroid function tests, should be included in the investigation.

All patients undergo magnetic resonance imaging (MRI), which shows the anatomy better than a CT scan. The use of MRI to diagnose post-surgical residual disease is common. Metastatic spinal tumors can also be detected with spinal MRI.

Before starting cisplatin treatment, other examinations include audiometry. Before starting chemotherapy, echocardiography and pulmonary function tests are conducted as a baseline.

A lumbar puncture may detect the spread of a leptomeningeal tumor. The cerebrospinal fluid (CSF) may be clear despite a positive MRI. Fundoscopy is performed before lumbar puncture. Because the surgery may have produced tumor spread and a false-positive finding, the lumbar puncture is postponed for at least two weeks after surgery. 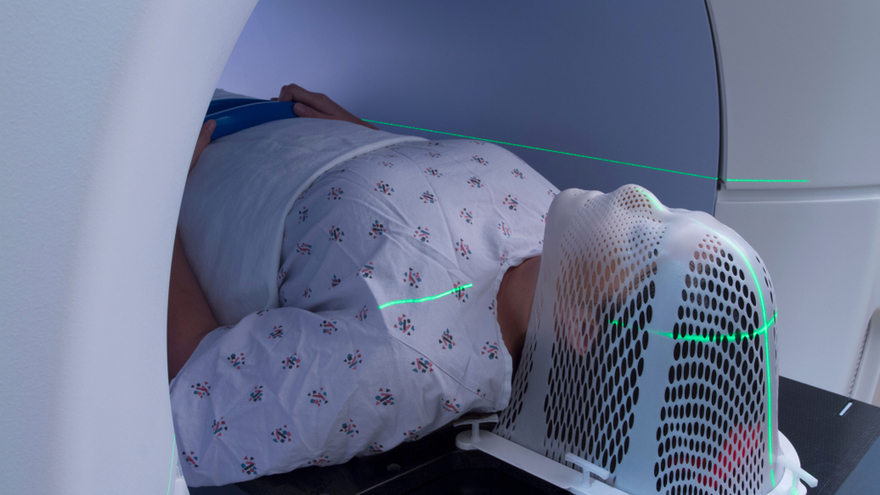 Medulloblastoma is being treated with a combination of surgical excision, chemotherapy, and radiation. Cure rates in the average-risk group exceeded three-quarters of patients using traditional risk assessment. However, in up to 80% of survivors, post-surgical treatment-related neurological, cognitive, and endocrinologic consequences, such as intellectual disability and growth hormone insufficiency, remain a source of morbidity. The high-risk group had a 50% mortality rate attributed to the prevalence of extraneural metastases at diagnosis, as well as their young age at diagnosis, which limits their therapeutic options, such as lower radiation dosages and chemotherapeutic drugs.

The development of more targeted treatments aimed at interrupting signal transduction pathways key to phenotypic transformation has been aided by newer subgroup classification models. These are currently being studied in clinical trials:

The SHH pathway is triggered when Sonic Hedgehog binds to its receptor, Patched 1 (PTCH1), which triggers downstream signaling via the essential mediator Smoothened (SMO). SMO inhibitors, such as cyclopamine, vismodegib, saridegib, and sonidegib, are the most widely investigated targeted therapeutic drugs currently. In patients with relapsed SHH subgroup medulloblastoma, sonidegib and vismodegib are currently in phase 2 clinical trials.

A lack of degradation of beta-catenin due to mutations at essential amino acid residues that are normally designated for phosphorylation is a major step in WNT signal transduction resulting in malignant transformation. As a result, new medications have been discovered to target beta-catenin downstream signaling pathways. Cantharidin, norcantharidin, and ginkgetin are examples of naturally occurring protein phosphatase inhibitors. Given the favorable prognosis of patients in this cohort (five-year overall survival > 90%), ongoing efforts are focused on reducing cytotoxic therapy such as radiation dosing.

Unfortunately, little is known about the signaling mechanisms involved in the medulloblastoma of the non-SHH/WNT subtype. As a consequence, targeted therapies for this kind of medulloblastoma have yet to be identified. Myc inhibition, cell cycle checkpoint inhibitors, and histone deacetylase (HDAC) inhibitors are all promising techniques currently being investigated. Age, stage, level of remaining disease after surgery, and therapy response are all factors that influence the outcomes. Children with the WNT subtype have a better prognosis than those with MYCN or MYC amplification. Many patients are left with lasting neurological and cognitive abnormalities even after successful treatment. Learning difficulties exist in children, as well as growth problems. In addition, gonadotropins and thyroid hormone insufficiency are prevalent. Craniospinal radiation is the primary cause of these problems.

If there is no major residual disease and no signs of metastasis, the five-year survival rate for patients with the average-risk disease is 85 percent.

The 5-year survival rate in the high-risk category is less than 4%5.

Survival rates for children under the age of three years range from 35% to 70%. Children with metastatic disease had a lower survival rate than those with SHH or WNT-activated tumors.

Transcriptional and methylation profiling data, in combination with cytogenetic abnormalities and copy number variations, as well as patient outcomes, has aided subclassify medulloblastoma into 12 subtypes: two WNT, four SHH, three group 3 and three group 4. The WNT subgroup has consistently had the highest 5-year survival rates, ranging from 97 to 100 percent. The SHH subgroup continues to be intermediate, with 5-year overall survival rates ranging from 75% to 80%. The non-SHH/WNT groupings are regarded to have the worst prognosis, however, patients in group 4 do better. Group 4 MB has a 5-year overall survival rate of 70 to 85 percent, while group 3 MB has dismal rates of 45 to 65 percent, with myc amplification signifying the worst prognosis.

For years, medulloblastomas have been a neurosurgeon's worst nightmare. The treatment of medulloblastoma, a highly aggressive cerebellar tumor that requires a combination of surgery, craniospinal irradiation, and chemotherapy, is still a problem. With a better understanding of histological and molecular subgroups and their abnormal signaling pathways, new therapeutic targets for medulloblastoma to regress their growth have developed, improving both prognostic and therapeutic implications. As the toxicity and off-target effects of several newer medications are still unknown, efforts to modify and optimize the medulloblastoma treatment strategy are ongoing. Despite significant improvements in the overall survival of medulloblastoma patients over the past decades, significant progress remains to be achieved, particularly in terms of enhancing survival, reducing treatment-related morbidity, and improving survivors' quality of life. These have led to changes in therapies and research, with a focus on innovative, less toxic, and more targeted therapies for the best possible survival with the fewest long-term side effects for a good quality of life after treatment. The ultimate hope for a cure for medulloblastoma will be driven by a combination of molecular pharmacology, neurogenetics, cell biology, and biophysics. Medulloblastoma, formerly a terrible and hopeless disease, is now looming as a possible treatable condition thanks to advances in modern research.