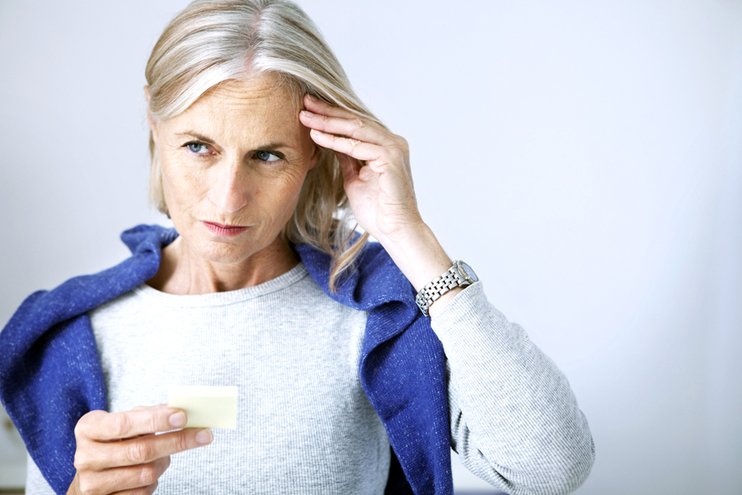 Working memory is the brain's online message storage. Prospective memory is concerned with something that will be done in the future. Overreliance on gist memory introduces false memory. Emotional upheaval has an impact on encoding and consolidation. The medial temporal and prefrontal lobes are involved in explicit memory.

Priming has a direct impact on the cerebral cortex. Basal ganglia are linked to procedure memory and motor abilities. The cerebellum is crucial in classical conditioning and complex motor learning. The age effect on memory is primarily caused by a decline in the speed and capacity of the central executive function. 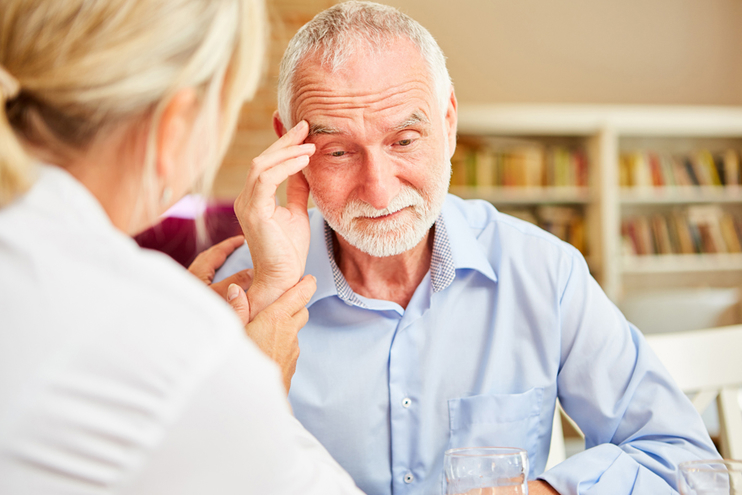 Dementia is a condition marked by cognitive impairment in memory as well as at least one other area, such as personality, praxis, abstract thinking, language, executive functioning, complex attention, social, and visuospatial abilities. Aside from the observed decrease, the severity must be severe enough to interfere with everyday functioning. It is frequently a gradual condition, and sufferers frequently lack awareness of their impairments.

There is currently no cure for any of the causes of dementia. With better results from illnesses like cancer and a longer lifetime, the incidence and prevalence of dementia are predicted to rise further. Dementia affects 47 million people worldwide now, and the figure is anticipated to quadruple by 2050.

Dementia is a severe public health burden that dramatically raises healthcare expenses for both individuals and society. Individual lifetime care costs for a person with dementia were about $200,000 more than for a person without dementia. The cost of treating dementia in the United States was estimated to be about $200 billion in 2010.

Alzheimer's disease (AD) is the most frequent cause of dementia, accounting for 70 to 80 percent of all dementia cases. It might happen on its own or as a result of a family history.

Vascular dementia (VD) accounts for between 5% and 10% of all dementia cases. Its prevalence rises with age and doubles every five years. Hypercholesterolemia, diabetes, hypertension, and smoking are all risk factors for vascular dementia. Lewy body dementia (LBD) accounts for 5% to 10% of all dementia cases. Because the diagnosis of Lewy boy dementia is frequently overlooked, the epidemiological statistics may not be totally reliable.

Creutzfeldt-Jakob disease (CJD) is extremely uncommon, affecting around one in a million people. Mixed dementia occurs when a patient has more than one kind of dementia. The most prevalent coexisting dementias in this scenario are AD with LBD or vascular dementia.

Dementia is caused by several illnesses. Alzheimer's disease (AD) is the most prevalent cause of dementia, accounting for over 70% of cases. Other prevalent causes of dementia include vascular dementia, Lewy body dementia (DLB), frontotemporal dementia (FTD), and Parkinson disease dementia (PDD). Huntington disease (HD), cortical basal degeneration (CBD), progressive supranuclear palsy (PBP), multisystem atrophy (MSA), and Creutzfeldt-Jakob disease are among the disorders that cause less incidences of dementia (CJD).

Alzheimer's disease is caused by the buildup of neurofibrillary tangles and senile plaques in the brain. Vascular dementia develops as a result of ischemic brain damage. Frontotemporal dementia is a condition caused by different mutations that result in the accumulation of tau protein and other proteins in the brain's grey and white matter. The aberrant aggregation of the synaptic protein lpha-synuclein in the brain causes Lewy body dementia. 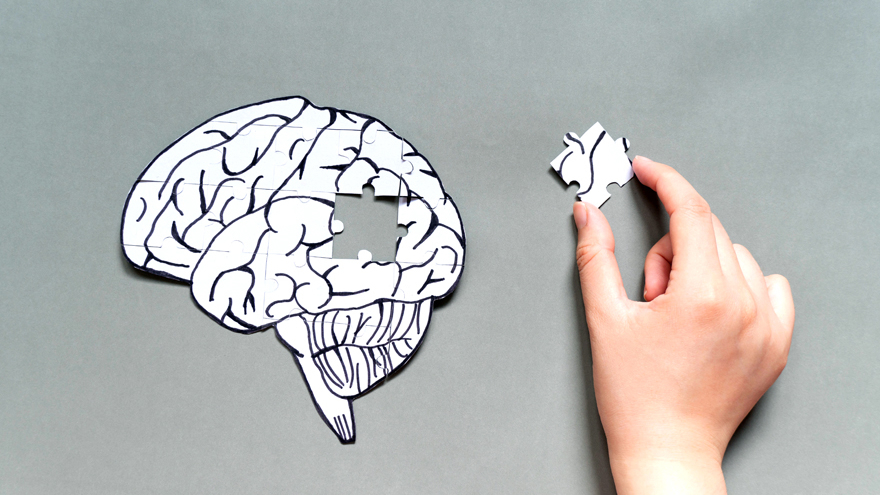 The pathogenesis of dementia is not well understood. Except for vascular dementia, the majority of dementias are caused by a buildup of endogenous proteins in the brain.

Memory disorders can be caused by one or more factors, including:

Some memory impairments emerge quickly, while others may be present for years before symptoms manifest. A knowledgeable neurologist can assist in determining whether the evolution of a memory problem may be delayed or even reversed.

Alzheimer's disease is characterized by extensive cortical atrophy and the accumulation of amyloid plaques and tangles of hyperphosphorylated tau protein in neurons, which contribute to their destruction. The intracellular deposition of Lewy bodies (insoluble clumps of alpha-synuclein) in neurons, primarily in the cortex, characterizes Lewy body dementia.

The patient's and their family members' histories must be gathered. Patients may exhibit symptoms such as behavioral changes, getting lost in familiar neighborhoods, memory loss, mood changes, aggression, social withdrawal, self-neglect, cognitive difficulty, personality changes, difficulty performing tasks, forgetfulness, communication difficulties, vulnerability to infections, loss of independence, and so on. A thorough history should include previous medical, familial, drug, and alcohol histories.

Only at autopsy can a clear identification of the form of dementia be made. A patient's clinical history is a very crucial element of evaluating a dementia sufferer. Laboratory tests must be performed as part of the work-up to rule out treatable causes of cognitive impairment.

A thorough physical and neurological evaluation is required. All cognitive domains must be evaluated. The Mini-mental Status Examination (MMSE) can be used to assess attention, orientation, language, memory, and visuospatial abilities. The MMSE is not a dementia diagnostic test and cannot distinguish between dementia and other curable causes of dementia.

Formal cognitive testing can aid in the diagnosis and social decision-making as the disease progresses. These have a high degree of sensitivity and specificity. They can aid in determining the level and severity of cognitive and behavioral deficits. They can assist in distinguishing normal aging from moderate cognitive impairment and determining the kind of dementia.

PET, SPECT, and fMRI functional brain imaging can aid in the early diagnosis and monitoring of individuals with dementia, particularly Alzheimer's disease. These can also aid in determining the origin of dementia. These are costly, and their frequent usage in clinical practice is not recommended.

Irritability, anxiety, and sadness are examples of behavioral symptoms. These symptoms can be alleviated by antidepressants such as SSRIs, antipsychotics, and anxiolytics. Non-drug techniques to symptom treatment, including as supportive care, memory training, physical exercise programs, and mental and social stimulation, must also be used.

Many additional medications, including as anti-tau protein agents, are still being researched. So yet, these have not yielded encouraging outcomes. Patients and their families should get information about the condition and its effects. They should be given all of the essential information about what to expect and how to react to it. Patients and their families should also be encouraged to seek social service consultations and to join support organizations such as the Alzheimer's Association. Driving restrictions may be necessary. 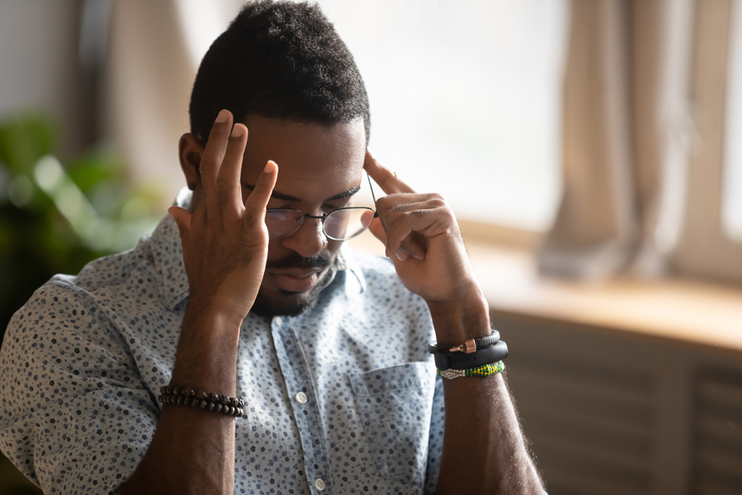 Dementia has a terrible prognosis. Dementia is frequently a progressive disease with no cure or therapy. The 1-year death rate was 30-40%, whereas the 5-year mortality rate was 60-65%. Men were more at danger than women. The mortality rate among hospitalized dementia patients was greater than that of those with cardiovascular disorders.

Dementia can affect many body systems and can lead to the following complications: 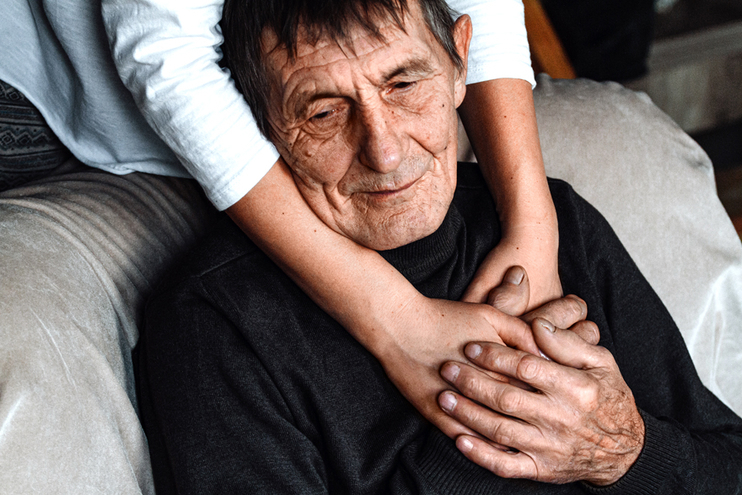 Alzheimer's disease is a kind of dementia that impairs memory, thinking, and behavior. Eventually, the symptoms become severe enough to interfere with daily activities.

Impaired short-term memory is followed by impaired problem-solving, judgment, executive functioning, lack of motivation, and disorganization, resulting in difficulties with multitasking and abstract thinking. Executive functioning impairment ranges from modest to substantial in the early stages. This is followed by a language dysfunction and a loss of visuospatial abilities. In the mid to late stages, neuropsychiatric symptoms such as apathy, social isolation, disinhibition, agitation, psychosis, and wandering are also prevalent.

The third ventricle has expanded and cerebral atrophy is visible on a CT scan of the brain. It is suggestive, but it is not specific because similar anomalies are also found in other disorders and in persons who are experiencing typical aging changes. The measurement of cerebrospinal fluid (CSF) for low beta-amyloid 42 and increased tau is useful in determining the preclinical stage.

The EEG often demonstrates a broad slowing with no specific characteristics. It is diagnostically useful but not specific. Neuropsychological testing is the most accurate tool for detecting moderate cognitive impairment in early illness.

PET, fMRI, and SPECT functional brain imaging methods are being utilized to identify patterns of dysfunction in smaller brain regions in the medial temporal and parietal lobes. These investigations may be useful in early identification and monitoring clinical courses; nevertheless, their relevance in Alzheimer's disease diagnosis is not entirely proven.

Recently, advances in brain imaging methods have been made to identify the fundamental histological hallmarks of Alzheimer's disease, which are amyloid plaques and neurofibrillary tangles. The usefulness of these strategies is currently being researched. In most cases, genetic testing is not suggested for Alzheimer's disease. It is occasionally used in families with rare early-onset Alzheimer's disease. 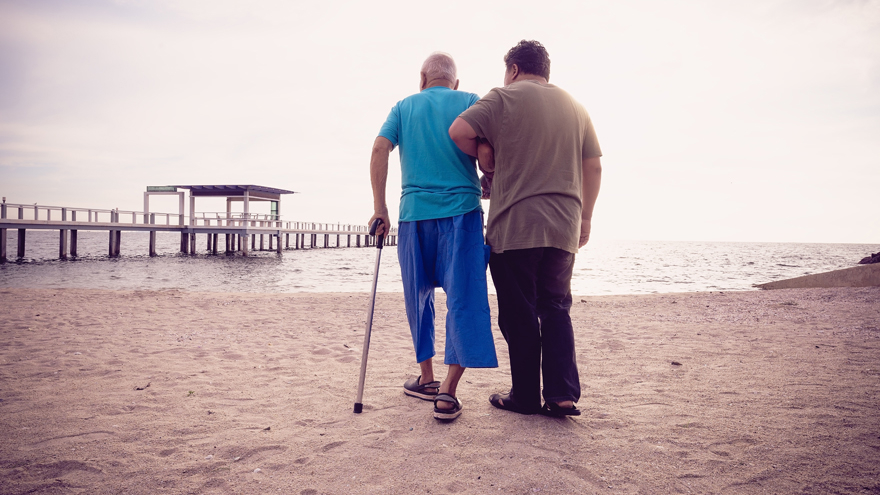 Alzheimer's disease has no known cure. There is just symptomatic therapy available. For the treatment of Alzheimer's disease, two types of medications have been approved: cholinesterase inhibitors and partial N-methyl D-aspartate (NMDA) antagonists.

Cholinesterase inhibitors work by raising the amount of acetylcholine in the body, which is a neurotransmitter utilized by nerve cells to communicate with one another and is essential for learning, memory, and cognitive functioning. Three medications in this category are FDA-approved for the treatment of Alzheimer's disease: donepezil, rivastigmine, and galantamine.

Galantamine comes in the form of a twice-daily pill or a once-daily extended-release capsule. It is not appropriate for patients with end-stage renal disease or severe liver impairment. Rivastigmine comes in both oral and transdermal forms. Cholinesterase inhibitors' most frequent adverse effects are gastrointestinal-like nausea, vomiting, and diarrhea. With donepezil, sleep problems are more prevalent. Bradycardia, cardiac conduction problems, and syncope can develop as a result of elevated vagal tone, and these drugs are contraindicated in individuals with severe cardiac conduction abnormalities.

Memantine, a partial NMDA receptor antagonist, inhibits NMDA receptors and decreases intracellular calcium buildup. The FDA has authorized it for the treatment of moderate to severe Alzheimer's disease. Common adverse effects include dizziness, body pains, headaches, and constipation. It can be used with cholinesterase inhibitors.

It is also critical to treat anxiety, sadness, and psychosis, all of which are common in the middle to late stages of Alzheimer's disease. Because of their anticholinergic action, tricyclic antidepressants should be avoided. Antipsychotics are only used for acute agitation if the patient or caregiver has exhausted all other options. Their limited advantages, however, should be balanced against the slight risk of stroke and mortality.

Mild sleep disruptions can be alleviated to lessen caregiver strain by offering exposure to sunshine and daytime activity.

The treatment's projected advantages are limited. If there are no meaningful benefits or if the adverse effects are unacceptable, treatment should be discontinued or changed. Aerobic exercise on a regular basis has been shown to slow the progression of Alzheimer's disease.

Memory problems arise when injury to certain regions of the brain impairs or limits the capacity to store, maintain, or recall memories. Memory impairments also have an influence on cognitive abilities and social behaviors, impacting language, problem-solving skills, and the capacity to do simple activities. They might be moderate to severe, gradual to instantaneous.

Dementia is a broad word that refers to a decrease in cognitive abilities severe enough to impede with daily activities. Alzheimer's disease (AD) is the most prevalent kind of dementia, accounting for at least two-thirds of dementia cases in persons aged 65 and over. Alzheimer's disease is a neurological illness that causes gradual decline in behavioral and cognitive capabilities such as memory, understanding, language, attention, reasoning, and judgment.