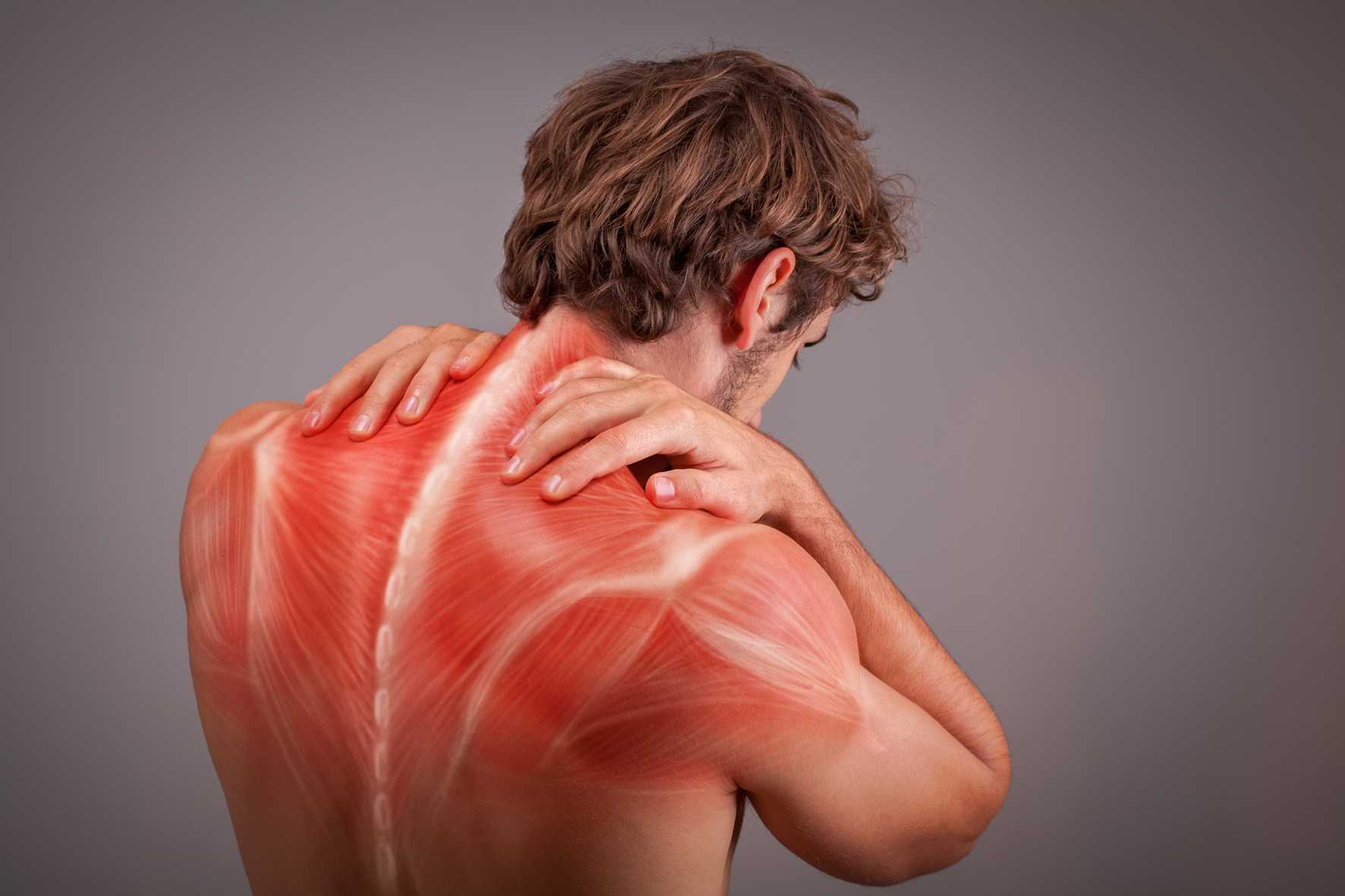 Myalgia, often known as muscle pain, is a frequent symptom among individuals seeking medical attention. Almost everyone will suffer muscular discomfort at some time in their lives. Among the most prevalent reasons include very high levels of effort, trauma, and viral infections. While many causes are harmless and self-limiting, myalgia may be a precursor to illnesses with severe morbidity.

A detailed physical examination and a careful assessment of the patient's history may generally restrict the number of probable causes of myalgia to a manageable handful. Selective testing may be required to detect or eliminate certain illnesses and to focus treatment in cases with persistent or severe myalgia with no known etiology.

It is important to differentiate myalgia from myopathy (muscle disease) and myositis (muscle inflammation). Although myopathy and myositis may cause myalgia, most individuals with myalgia have neither. It is also useful to separate diffuse from localized symptoms. 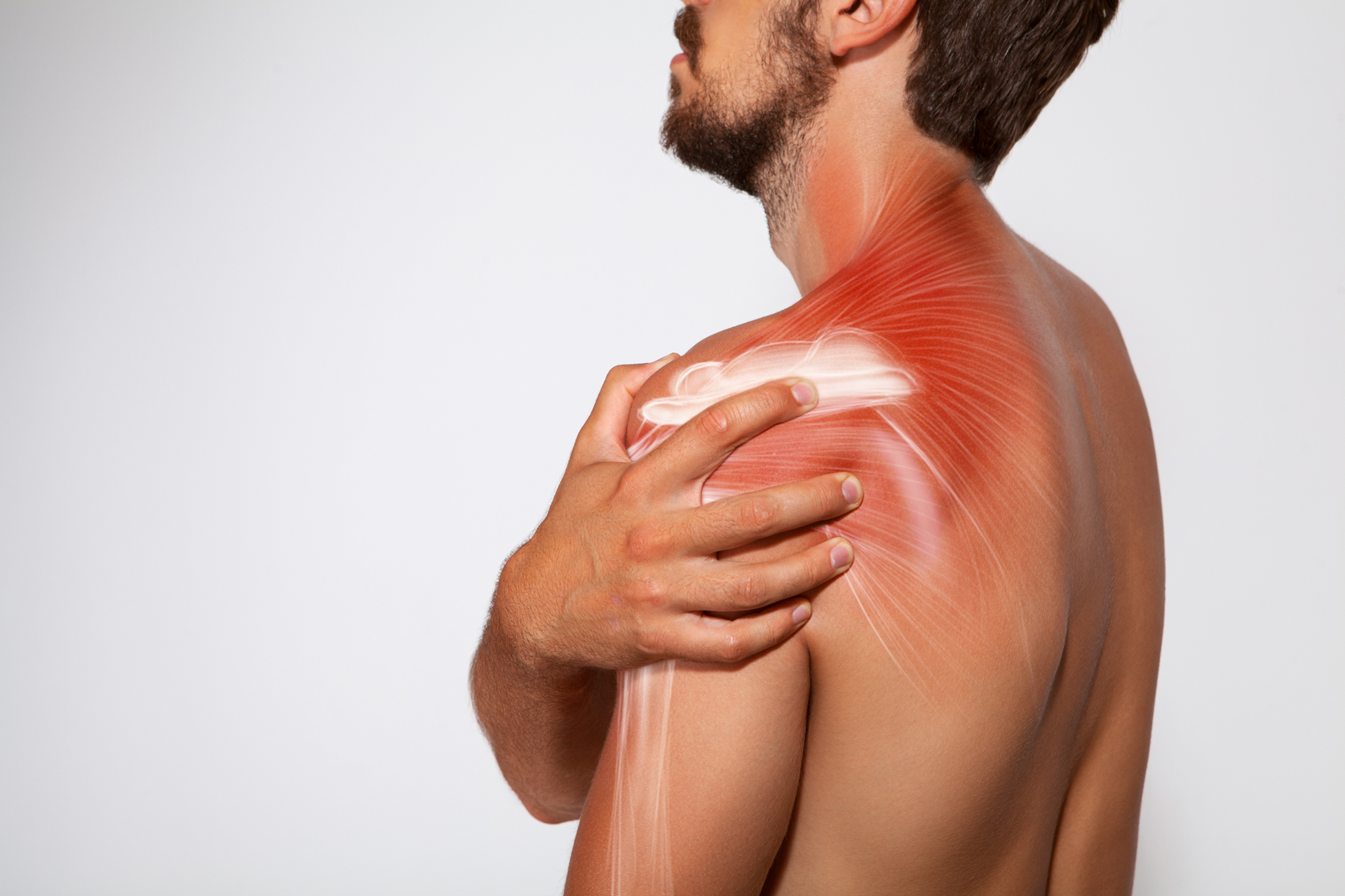 The etiologies of myalgias can be divided based upon diffuse versus focal symptoms.

The most common causes of diffuse myalgia are:

The most common causes of localized myalgia are:

Myalgia may be multifactorial in addition to these causes. For example, a patient may have rheumatoid arthritis, fibromyalgia, and pes anserinus pain syndrome all at the same time.

Symptoms and signs of Myalgia 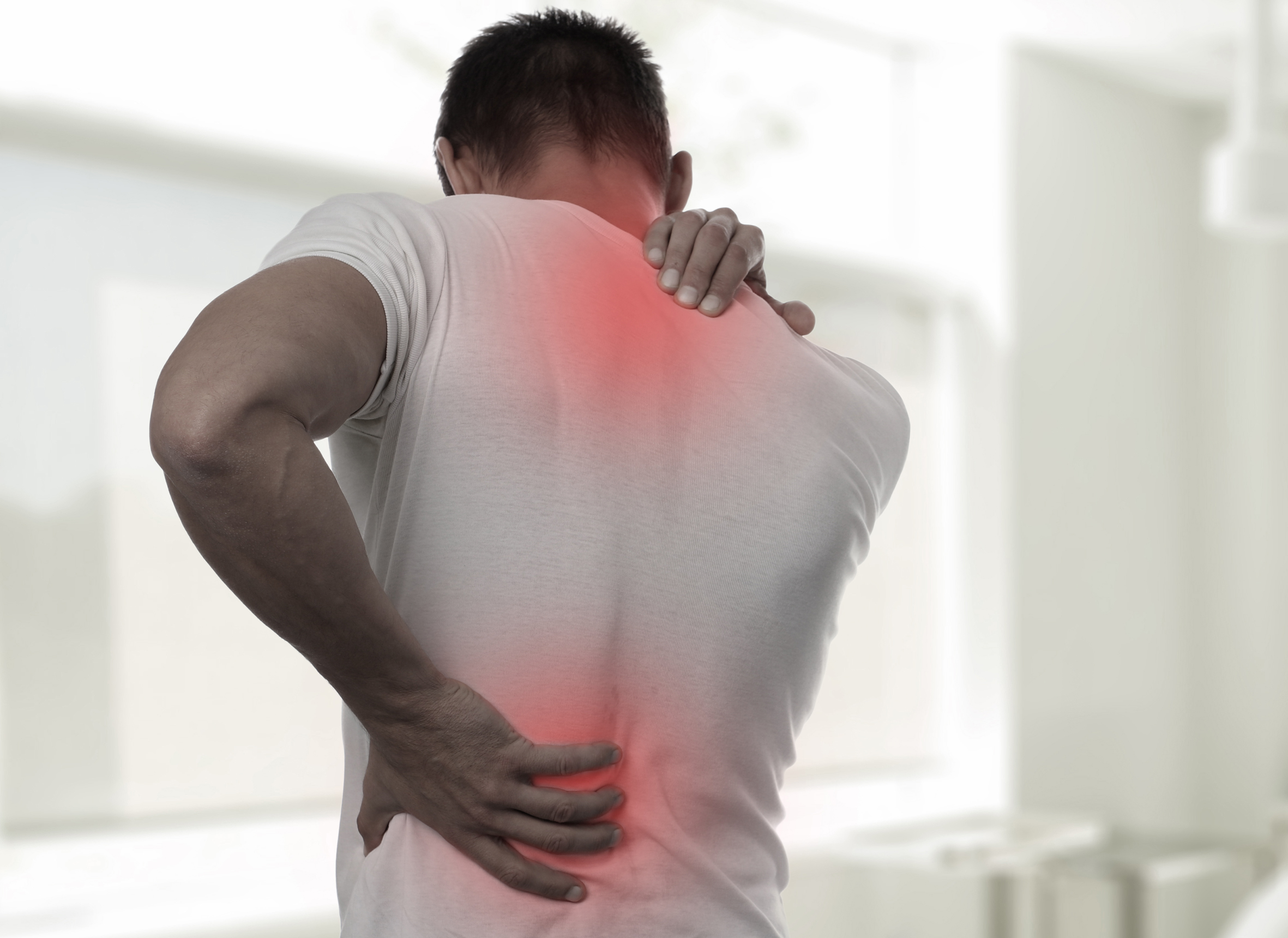 Myalgia's main symptoms is muscle pain. The discomfort feels like a pulled muscle and can be worse by both rest and activity. Muscles might be tender and swollen as well.

Additional symptoms of myalgia may include:

How is Myalgia's cause can be diagnosed? 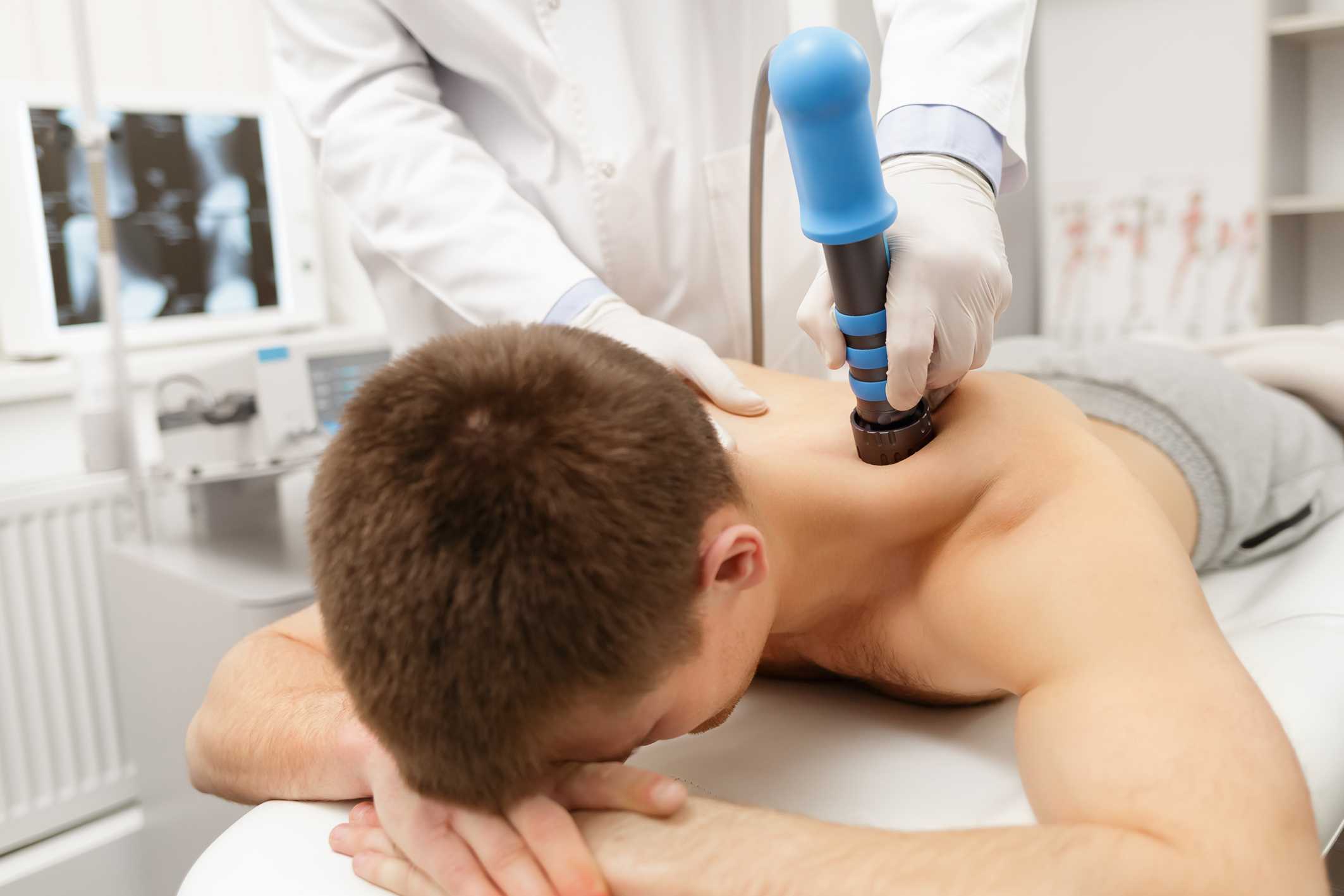 When patients appear with myalgia, it is typical for the diagnosis to be unable to be confirmed during the initial visit. This might be related to the requirement to monitor symptoms over time and seek laboratory or other diagnostic testing. In fact, tracking the progression of symptoms and signs over time can be quite beneficial.

Myalgia is related with a wide range of medical disorders. In individuals who have a consistent pattern of symptoms, the diagnosis can be made quickly. However, significant ambiguity is usual following the initial review. Selective testing and close monitoring may be required for several months to limit the number of possible explanations.

The doctor should seek to identify patients with a significant or life-threatening condition early in the examination of patients with myalgia. Myalgia-causing conditions can produce substantial pain, however serious medical crises with myalgia are uncommon. Bacterial infections, particularly endocarditis and approaching sepsis, require prompt diagnosis and treatment since they can cause generalized myalgia, fever, chills, arthralgia, lethargy, and back pain. In extreme situations, rhabdomyolysis can cause generalized myalgias, renal failure, and/or compartment syndrome.

The patient's history provides a useful starting point in narrowing down the long list of potential causes for myalgia. Particular attention should be given to mode of onset, location of pain, and associated symptoms.

The first step in sorting out the cause of myalgia is to understand the specific nature of the patient's muscle pain:

1. Did the muscle pain begin suddenly or gradually? If sudden in onset, did it follow trauma or an unusually strenuous activity? Is the muscle pain worse in the morning?

2. Is the muscle pain associated with pain elsewhere? Is it near joints? If so, are they axial joints, such as the shoulder and hips?

3. Is there a particular distribution of muscle pain?

5. Is the myalgia associated with muscle weakness? Is it difficult to arise from a chair or reach above the head?

6. Have there been muscle cramps?

The etiology of muscle cramps is often not found, but can be caused by several conditions:

Other history — The cause of myalgia may not be apparent until additional details of the patient's medical history are revealed. These include:

Constipation, lethargy, and weight gain are frequent hypothyroidism symptoms, but rash or hyperpigmentation indicate infection or adrenal insufficiency, respectively. Fever indicates infection or systemic rheumatic disease (such as systemic lupus erythematosus) or autoinflammatory disease (such as familial Mediterranean fever), whereas joint swelling indicates inflammatory arthritis. Paresthesias may indicate a neuropathic disease that causes myalgia due to referred pain or the presence of a vasculitic process.

2. Patient demographics: such as age and gender. For example, newly diagnosed systemic lupus erythematosus and rheumatoid arthritis are most common among young adult women, while PMR is seen exclusively among adults over the age of 55.

3. Past medical history: such as a prior diagnosis of thyroid disease, hepatitis C, diabetes, or hyperparathyroidism.

4. Trauma: a change in activity or function, recent injury, or unusually strenuous exercise may trigger muscle pain, which is typically localized.

5. Psychologic assessment: it may aid in the diagnosis of depression or a somatization disorder as a cause of myalgia.

While the history might give vital clues to the cause of myalgia, the physical examination can provide strong, objective evidence for myopathy (muscle disease) or another explanation for the symptoms.

Although a patient with myalgia may find it difficult to participate fully with a muscle test, the discovery of weakness can be very useful in limiting the list of probable causes of symptoms by dismissing many. For example, if a patient with myalgia develops proximal muscular weakness in all four extremities, the focus of diagnostic investigations should shift to inflammatory myopathy (such as polymyositis), hypothyroidism, drug-induced myopathy, or hypercalcemia. It is critical to recognize objective weakness since weakness (with or without myalgia) is a common complaint even in the absence of apparent loss of motor function.

Even patients in severe pain may generally exert full effort for a limited period of time to provide the examiner with a feeling of whether muscular strength is normal. Aside from assessing muscle strength in the usual proximal and distal muscle groups (such as the deltoids, wrist extensors, grip, thigh flexors, and ankle flexors and extensors), assessing neck flexor strength may be beneficial because these muscles are a powerful and often overlooked proximal muscle group.

Myalgia can have its sources outside of the muscles. Because of this, as well as the fact that disorders causing myalgia may impact other organ systems, a full physical examination should be performed, with special attention paid to the existence of the following physical findings:

Watchful waiting without laboratory investigation may be suitable for minor symptoms, since symptoms typically improve on their own with time. However, for more serious symptoms (e.g., acute pain or muscular weakness), some laboratory tests can be very useful in ruling in or ruling out illnesses that remain in the differential diagnosis after a thorough history and physical examination.

For most patients with substantial myalgia, a complete blood count, urinalysis, and tests of renal and liver function are recommended as an initial examination. Serum calcium, albumin, phosphate, TSH, CK, and 25-hydroxyvitamin D levels may be relevant to examine depending on the specific symptoms, risk factors, and physical findings.

An electromyogram (EMG) combined with nerve conduction studies (NCS) may be useful in confirming the diagnosis of inflammatory or metabolic myopathy as well as a neuropathic process.

Most patients with myalgia will not require tissue sampling. However, it may be diagnostic for patients with suspected abscess, inflammatory myopathy, vasculitis, or systemic lupus erythematosus. 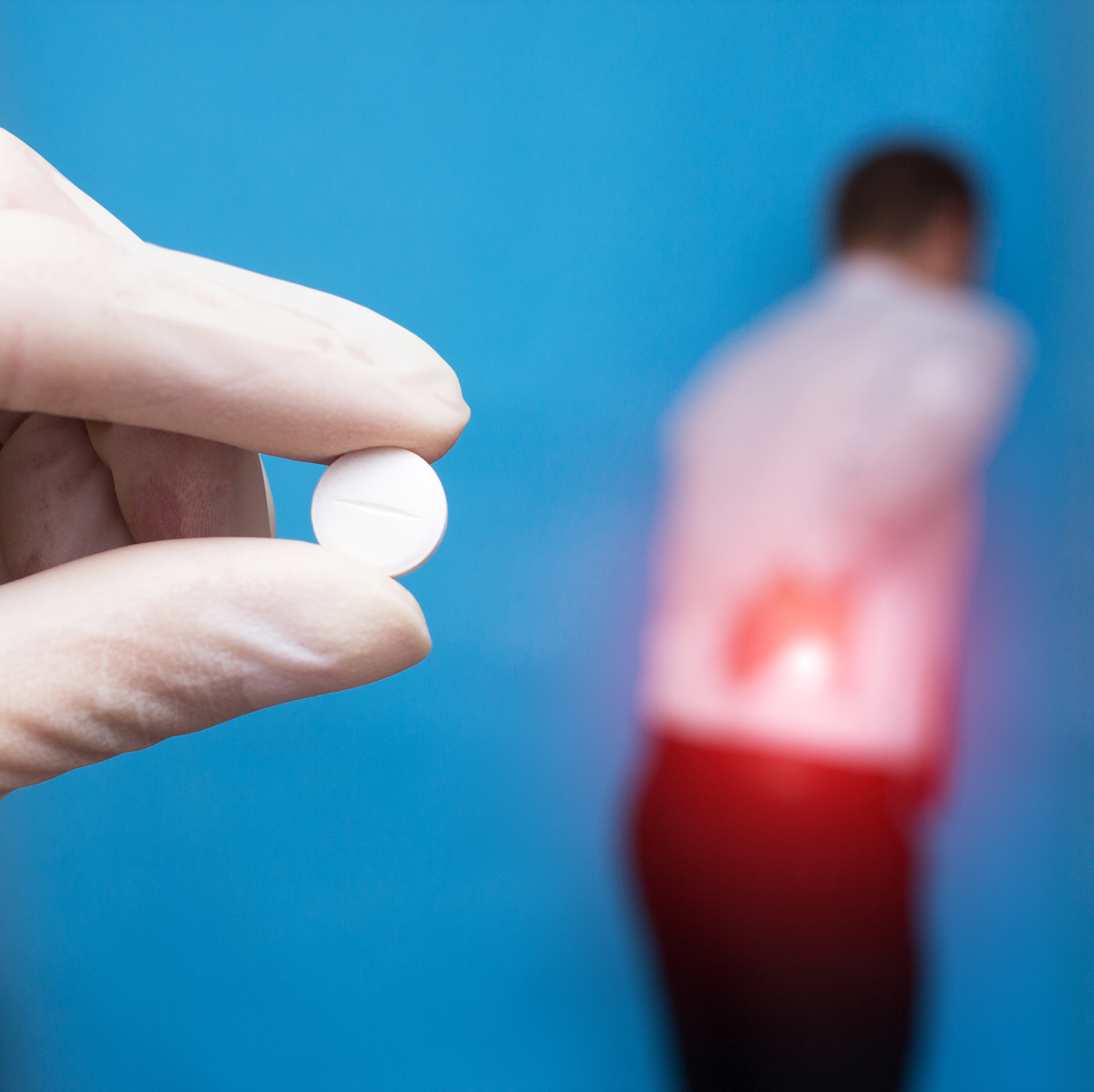 There are no defined treatment guidelines or professional consensus on how to treat myalgia. The history, physical examination, and selected tests may be very helpful in determining the etiology that will guide management.

If medication-induced myalgia is suspected, a drug-free trial is recommended, but only after weighing the therapeutic benefit of such a trial against the dangers of discontinuing the medicine. However, it may take weeks or even months to determine whether myalgia was caused by a medicine. A prominent exception is polymyalgia rheumatica, a disorder that often improves rapidly and dramatically after a few days of low-dose corticosteroid therapy. In fact, this prompt response to therapy might aid in the confirmation of the diagnosis.

When the underlying reason cannot be determined, patients should be continuously monitored and treated symptomatically. Heat, rest, acetaminophen, nonsteroidal anti-inflammatory medications, and/or muscle relaxants may be used as empiric therapy in the absence of particular contraindications.

Suspicion of a specific ailment for which specialized treatment is indicated (for example, referral to a rheumatologist for suspected PMR) or severe, functionally-limiting symptoms, particularly if they are worsening or chronic, are indications for referral. 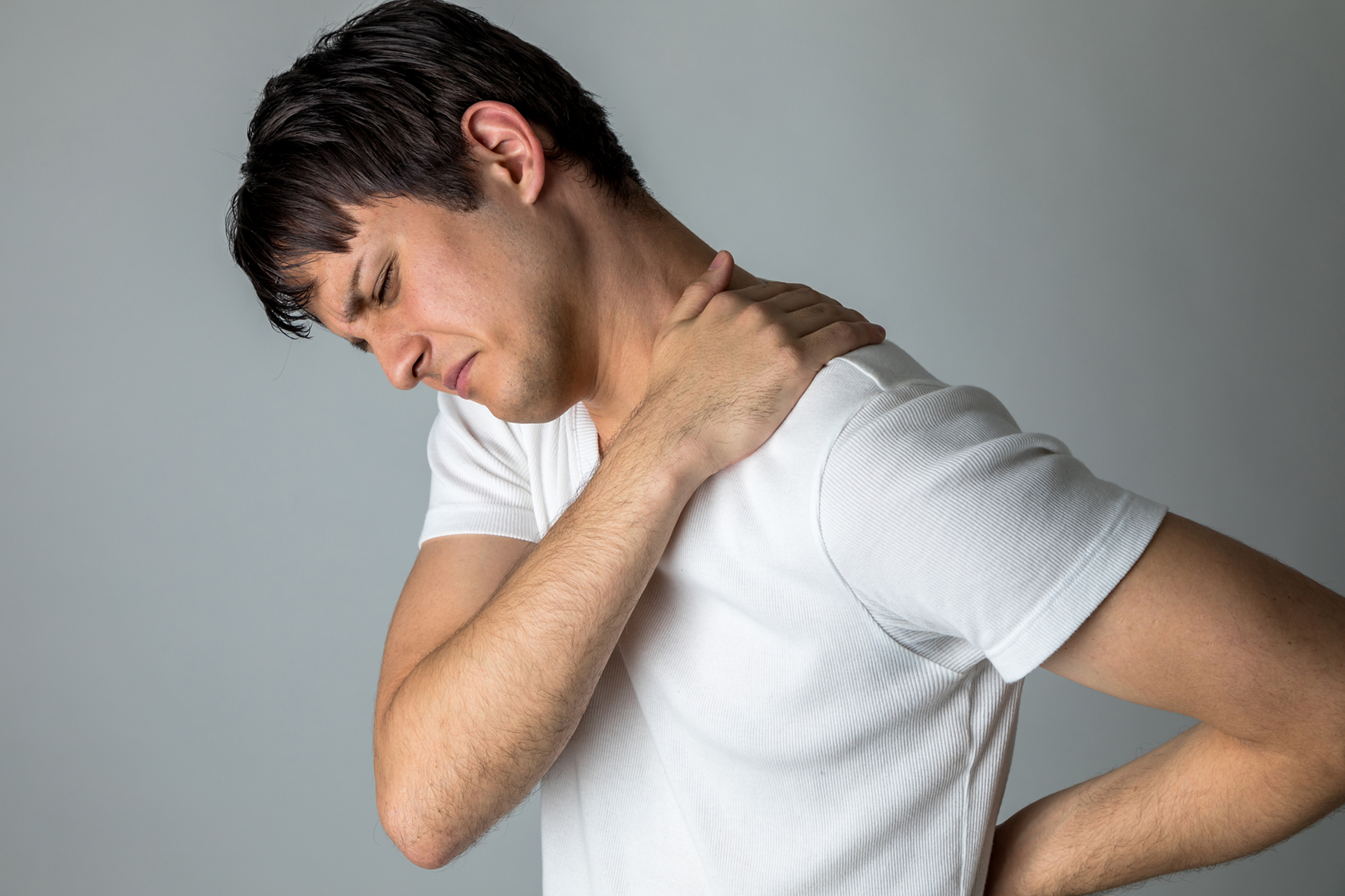 Myalgia is the medical term for muscular pain. Muscle pain is a sign of a variety of diseases and disorders. Myalgia can be acute (short-term) or persistent (long-term). Muscle discomfort is the most common symptom of myalgia. The discomfort is similar to a pulled muscle, and it can be worse by both rest and activity. Muscles might also feel painful and swollen. Myalgia may also cause deep muscular pain in the local location or widespread pain. A dull or severe throbbing pain, Mild to severe pain that may last minutes or be persistent If you have a fever and chills, you probably have an infection. Joint discomfort that is accompanied by muscular ache, Fatigue that interferes with your daily activities, feeling despondent if the pain is continuous.

Overuse, injury, or strain are the most prevalent causes of myalgia. Myalgia, on the other hand, might be caused by infections, drugs, or as a reaction to a vaccine. Dehydration can cause muscular pain, especially in persons who engage in strenuous physical activity such as working out. It is also an indication of acute rejection following heart transplant surgery. Myalgia should be treated symptomatically if the etiology is unknown. Heat, rest, paracetamol, NSAIDs, and muscle relaxants are common treatments.