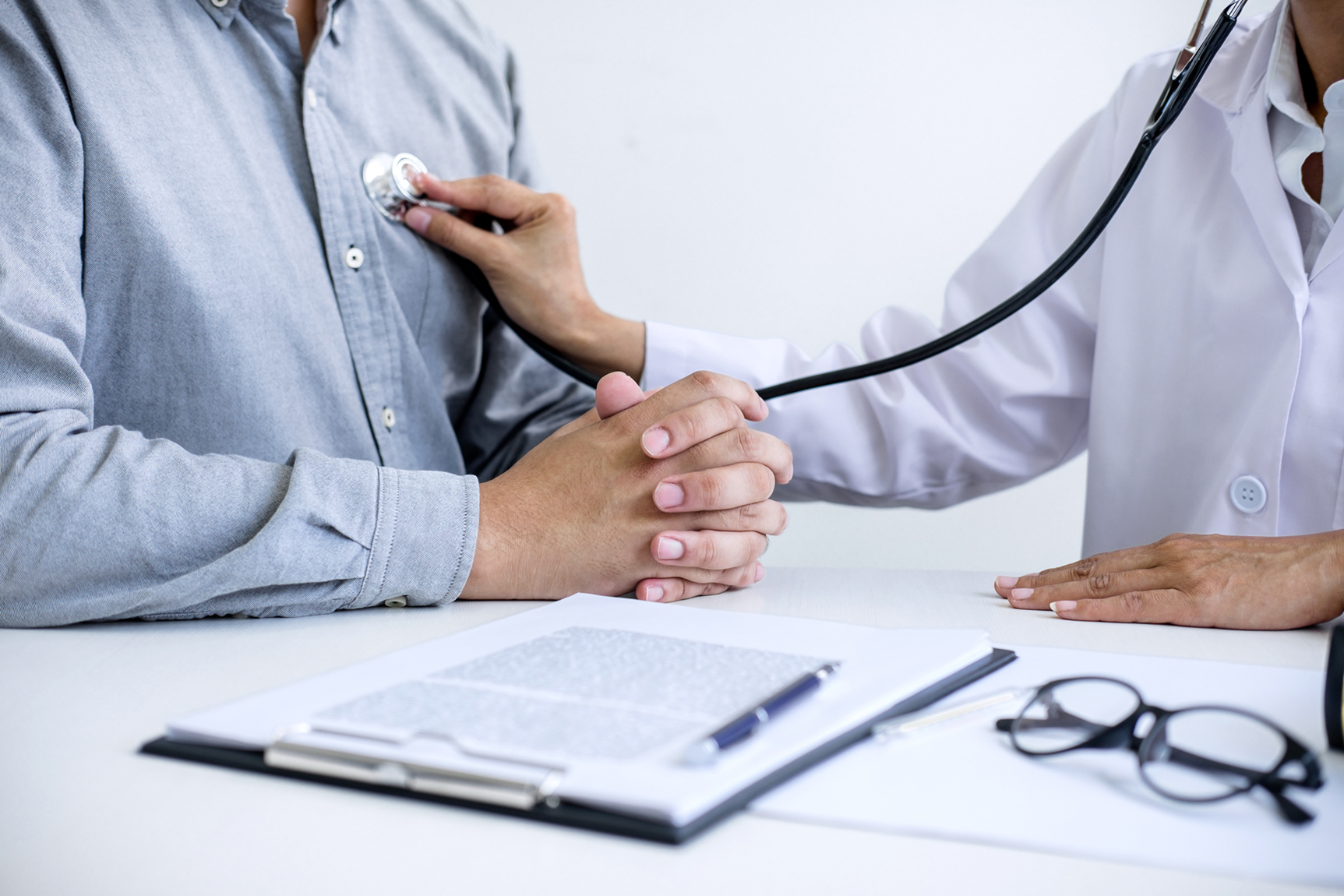 Myocardial infarction, commonly known as heart attack, develops if the blood supply to the heart is cut off. The most common cause of blockage is the accumulation of cholesterol, fat, and other content in the arteries that supply the heart (coronary arteries), forming plaque.

A plaque can sometimes break and create a clot, obstructing blood flow. Portions of the heart muscle can be damaged or destroyed if blood flow is disrupted. Although a myocardial infarction may be life-threatening, treatment has vastly improved over the past years. If you think you're experiencing a heart attack, contact 911 or get emergency medical care right away.

Signs and Symptoms of Myocardial Infarction

The common signs and symptoms associated with myocardial infarction include;

Not everyone who has a myocardial infarction experiences similar symptoms or seriousness of the symptoms. Some experience moderate pain, while others get very chronic pain. However, there are other people who have no signs or symptoms. For some, abrupt cardiac arrest may be the first symptom. The higher the number of signs and symptoms you experience, the more likely you are to suffer myocardial infarction.

Although some heart attacks occur unexpectedly, most individuals encounter alarming signs and symptoms hours, days, or even weeks beforehand. Recurring chest pain and pressure (angina) provoked by exercise and eased by rest could be the first sign. Angina is a condition characterized by a reduced flow of blood to the heart temporarily.

How Can You Help Someone Experiencing a Heart Attack?

If you notice someone who is unconscious and suspects they are suffering a heart attack, call 911 immediately. First, check to see if the individual is breathing or has a pulse. Only start CPR if the person is not breathing or if there isn't a pulse.

Push forcefully and quickly on his or her chest in a relatively rapid rhythm of 100 to 120 compressions per minute. Doctors advise only administering chest compressions if you have no skills in CPR. Moreover, if you've had CPR training, you can proceed to open the air passage and performing rescue breathing. 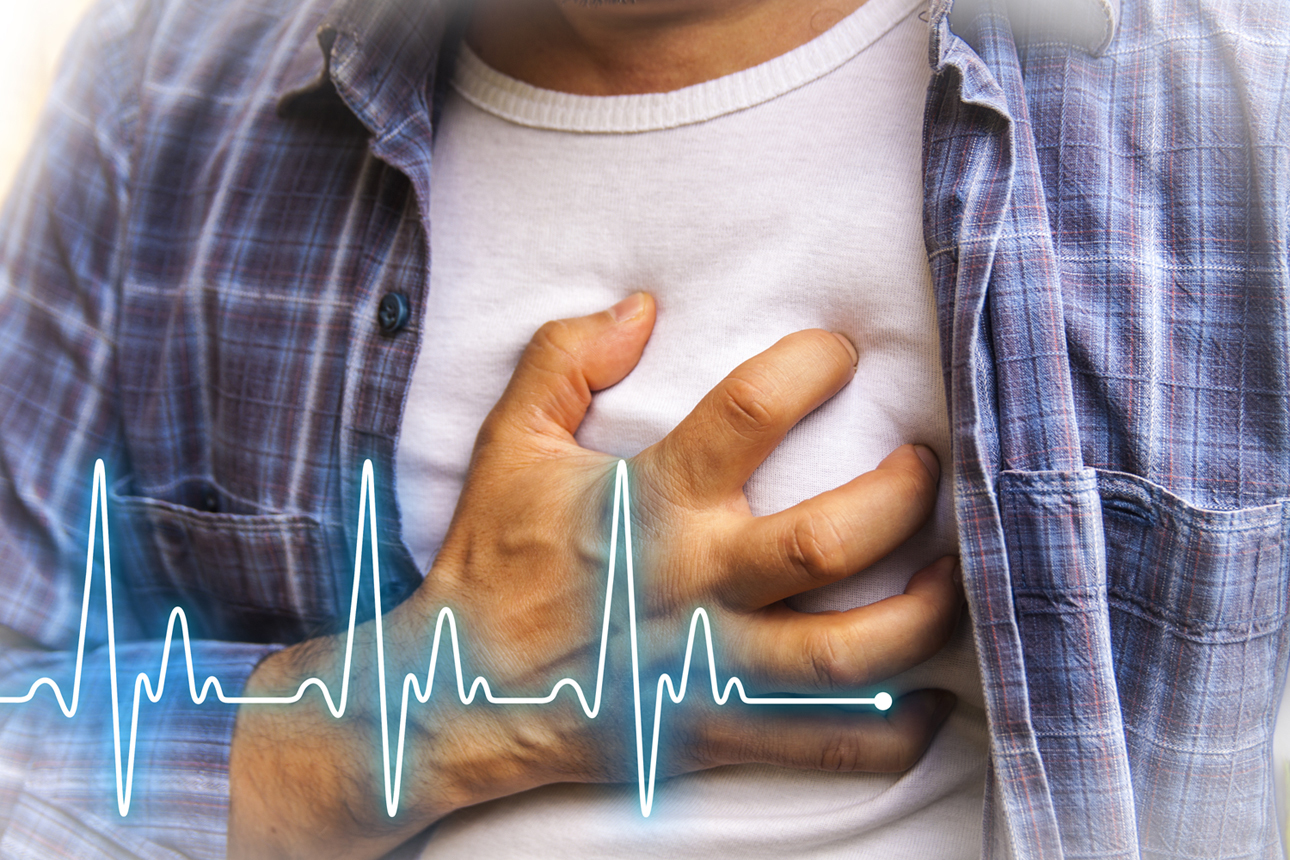 If one or more of the coronary arteries gets clogged, a heart attack develops. Plaques form when fatty deposits, such as cholesterol, build up over time, narrowing down the arteries (atherosclerosis). The most common cause of myocardial infarction is coronary artery disease.

A plaque can sometimes break during the period of a heart attack, spilling cholesterol and other content in the bloodstream. At the location of the rupture, a blood clot can form. In case the clot is large enough, it may obstruct blood circulation via the coronary artery. This prevents oxygen and nutrients from reaching the heart (ischemia).

A coronary artery spasm, which cuts off blood supply to a section of the heart muscle, is another cause of myocardial infarction. In addition, tobacco use and illicit drugs like cocaine can result in a fatal spasm.

Various factors can increase the chances of developing myocardial infarction. While you can modify and avoid some aspects, others are beyond your control.

Some of the risk factors you cannot change are;

On the other hand, the risk factors that are modifiable include the following;

The doctor will screen you for potential risk factors during the routine physical examination to diagnose a heart attack. If you are being treated in an emergency room for myocardial infarction symptoms, the doctor will inquire about the symptoms. They will also check the blood pressure, pulse, as well as temperature.

If you think you are experiencing myocardial infarction, the doctor will connect you to a heart monitor. After that, they will run some tests to determine whether or not you have the attack.

To check if you have a heart attack, you will undergo myocardial infarction nursing diagnosis tests and procedures such as;

Electrocardiogram (ECG): Usually, this is the first diagnostic test to detect myocardial infarction. It takes a record of the electric signals as they move via the heart. Electrodes (sticky patches) are connected to the limbs and chest. Signals are then captured in the form of waves that can be viewed on a screen or printed on paper. The myocardial infarction in ECG can also indicate that an attack has developed since the damaged heart muscle does not transmit electrical impulses as usual.

Blood tests: After a myocardial infarction, some heart proteins gradually leak into the bloodstream. The emergency room caregivers will extract a small sample of blood to look for those proteins (enzymes).

In case you have had or are experiencing a myocardial infarction, the doctor will start treating you right away. You may also be subjected to other additional examinations such as;

Chest X-ray: The doctor can use an x-ray image of the chest to determine your heart size as well as the blood vessels. It also allows them to check for any fluid in the lungs.

Angiogram (coronary catheterization): This test involves injecting a liquid dye into the arteries of the heart using a catheter (long, thin tube). The catheter is directed from an artery in the groin or leg to the arteries located in the heart. On an x-ray, the dye causes the arteries to be visible, showing the blockages.

Echocardiogram: This method uses ultrasound or sound waves to produce pictures of the heart's movement. It enables the doctor to visualize how the chambers and valves of the heart are supplying blood via the heart. Furthermore, an echocardiogram can reveal if your heart has been injured in any way.

Every time you suffer a myocardial infarction, heart tissues tend to deteriorate or even die in the long run. Blood flow restoration could help avoid serious heart damages.

The myocardial infarction treatment options can include;

The types of medications that doctors can recommend to address heart attack include;

Apart from the medications, you may be required to undergo surgery to address myocardial infarction.

Coronary angioplasty and stenting: This procedure involves guiding a long tiny tube (catheter) via an artery in the groin or wrist into a damaged artery in the heart. This technique is generally done right after a cardiac catheterization, which is a treatment meant to detect blockages if you have had an attack.

Coronary artery bypass surgery: During a heart attack, surgeons may conduct emergency bypass surgery. However, if the heart has had a chance to recuperate from the attack, typically three to seven days, you may be able to undergo bypass surgery.

Many medical facilities provide programs that begin while you are still in the setting and last for several weeks to months after discharge. Medication, mental concerns, lifestyle changes, and a steady return to usual activities are the primary areas of cardiac rehabilitation.

Myocardial infarction or heart attack is potentially fatal and needs rapid medical intervention. Pain, discomfort, and tightness within the chest, as well as pain in other areas of the body and breathing difficulties, are all important warning signs.

Anyone experiencing symptoms of an attack should dial 911 right away. There is a good possibility of a positive result with immediate treatment.