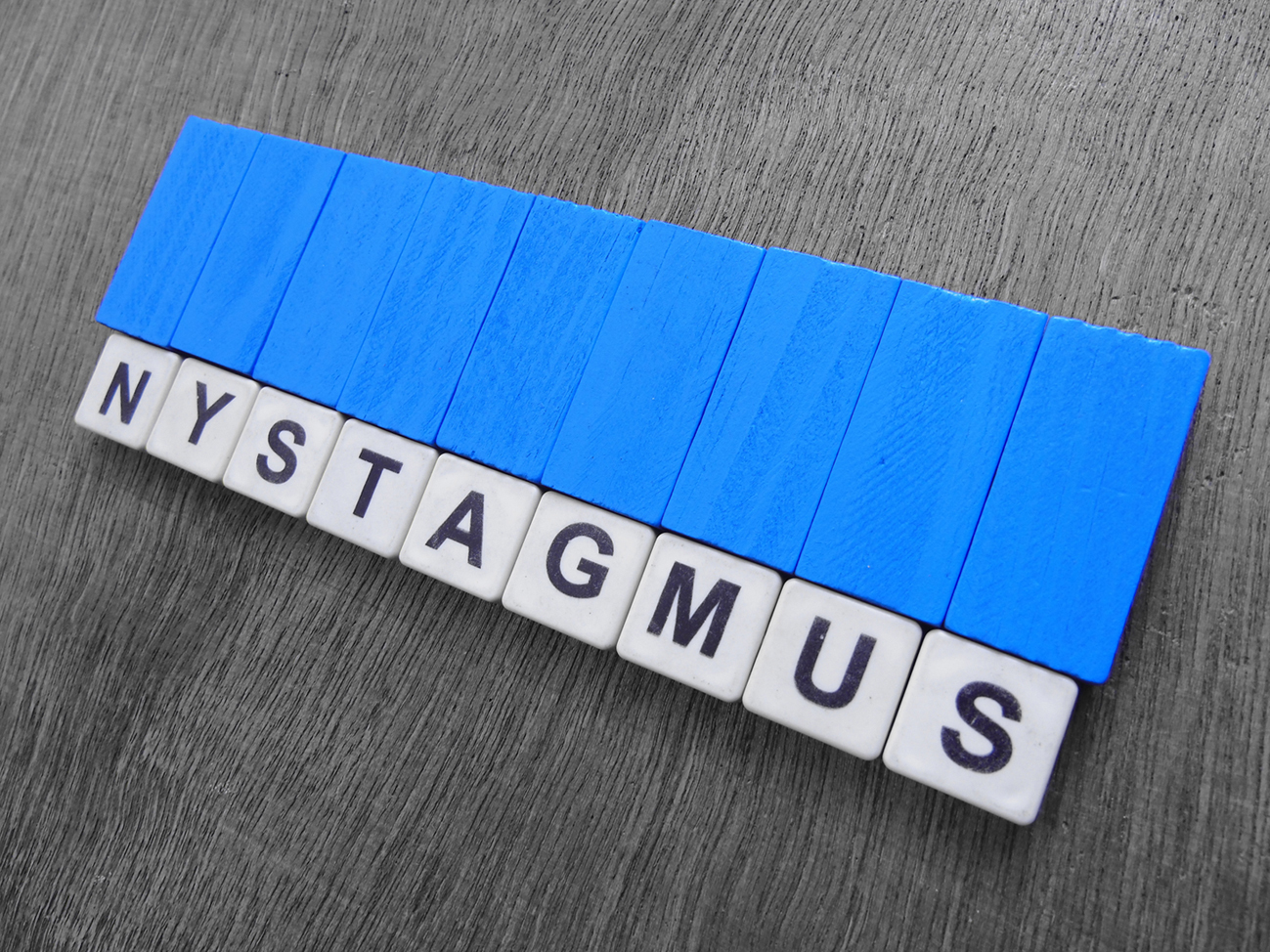 Nystagmus is a condition characterized by involuntary (or, in some circumstances, voluntary) eye movement. Infants can be born with it, although it is more usually acquired throughout childhood or later in life. It may result in diminished or restricted vision in many circumstances. It has been dubbed "dancing eyes" because to the involuntary movement of the eye. This page discusses many forms of nystagmus, their etiologies, and treatment options. 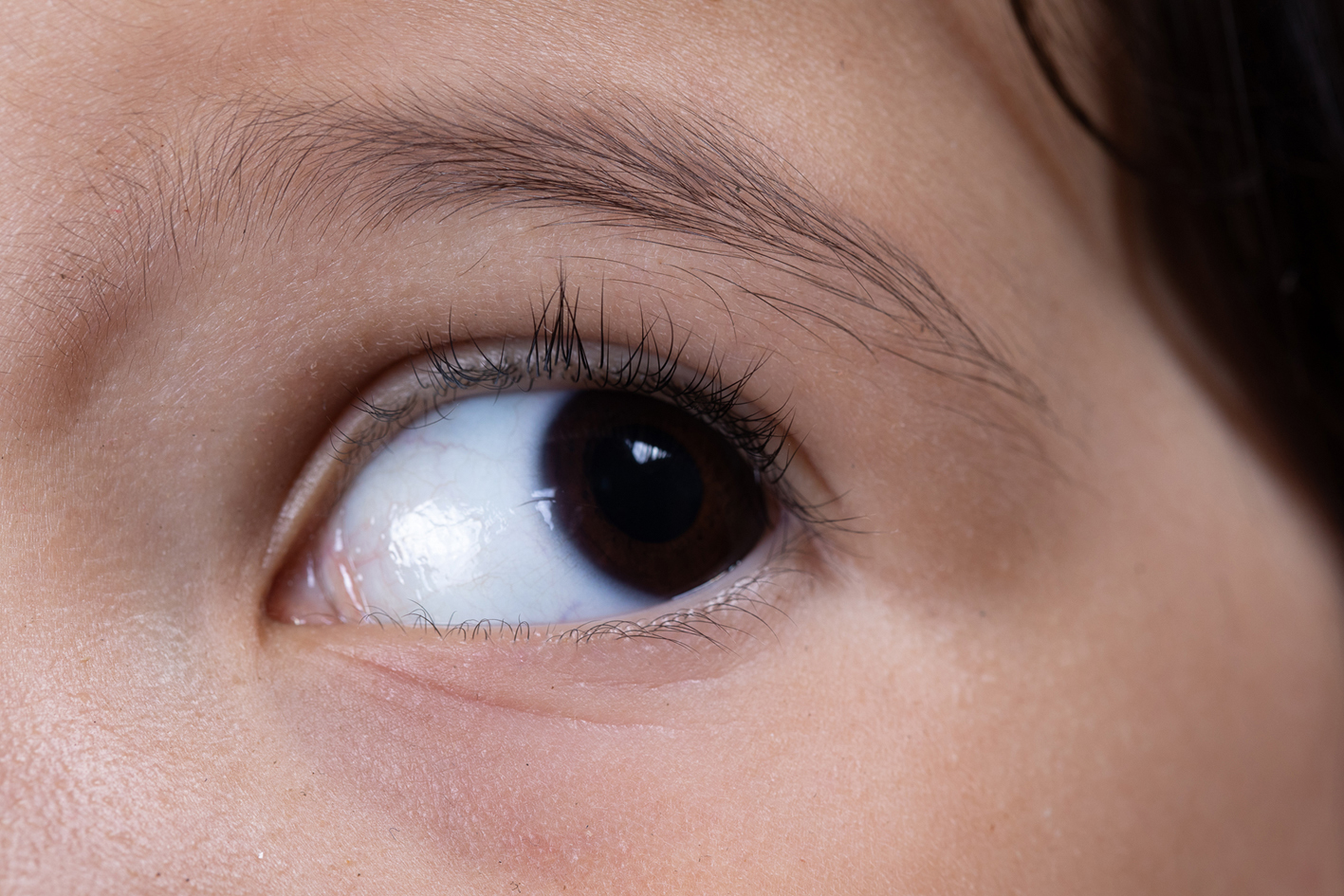 The term nystagmus is derived from the Greek words nustagmos (nodding, sleepiness) and nystazein (drowsiness) (be sleepy or doze). It is a rhythmic, involuntary, fast, oscillatory eye movement. It might be slow, rapid, or a combination of the two. It can be continuous, intermittent, or paroxysmal, with positional, gaze, or head positioning triggers. It may be separated from saccades, oscillations, and other fast-acting and mimicking aberrant involuntary eye movements.

These motions can impair vision and have an impact on depth perception, balance, and coordination. Nystagmus is frequently experienced transiently, which may suggest underlying disease. Nystagmus can also be apparent (always present), latent (occurs while one eye is covered), or both.

The Classification Committee of the Bárány Society developed various categories of nystagmus for clinical and scientific reasons, with a particular emphasis on developing a worldwide language for vestibular diseases. Pathologic nystagmus is caused by diseases that affect the cortex, anterior visual pathways, brainstem, cerebellum, and peripheral vestibular system. 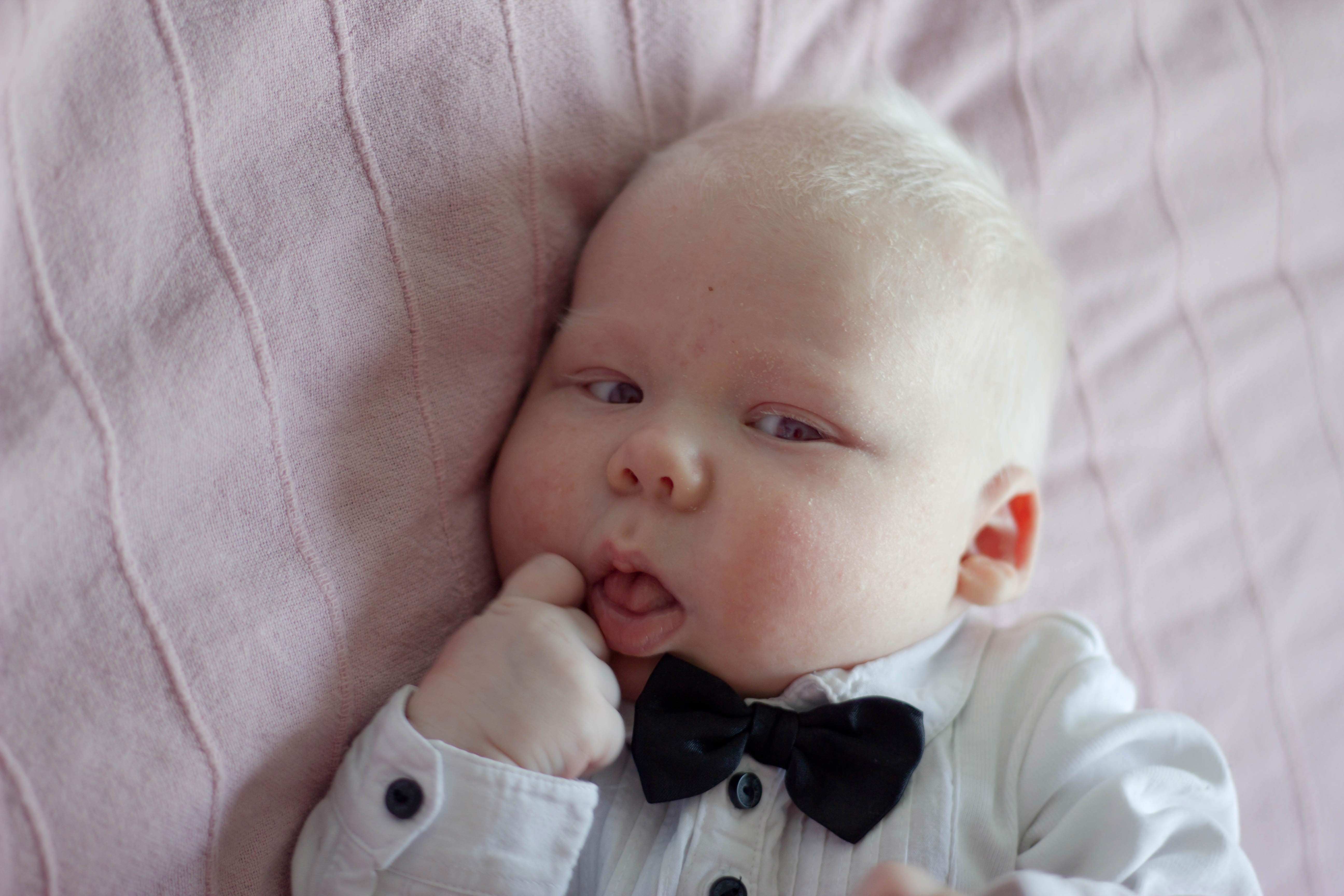 Pathological nystagmus can be congenital, idiopathic, or due to another neurological condition. It can also be momentarily produced by disorientation (as on roller coaster rides or when a person has been spinning in circles) or by some medicines (alcohol, lidocaine, and other central nervous system depressants, inhalant drugs, stimulants, psychedelics, and dissociative drugs).

Acquired nystagmus is more prevalent than early-onset nystagmus. It can arise alone or in conjunction with other disorders (such as micro-ophthalmic anomalies or Down syndrome). Early-onset nystagmus is usually mild and does not progress. Individuals suffering with this condition are typically unaware of their spontaneous eye movements, however depending on the degree of the eye movements, eyesight may be hampered.

Types of early-onset nystagmus include the following, along with some of their causes:

Nystagmus that arises later in childhood or adulthood is known as acquired nystagmus. Idiopathic nystagmus is nystagmus induced by an unknown or idiopathic cause. Other common causes include central nervous system diseases and disorders, metabolic anomalies, and drug and alcohol abuse. Stroke is the leading cause of mortality among the elderly.

Some of the diseases that present nystagmus as a pathological sign or symptom are as follows:

Sources of toxicity that could lead to nystagmus:

Drunkenness, dialysis, chronic diarrhea, and the use of large dosages of diuretics are all risk factors for thiamine deficiency, or beri beri. It's conceivable that it's caused by a genetic condition that makes it harder to absorb thiamine from food. Wernicke encephalopathy and Korsakoff syndrome are symptoms of dry beriberi. In rare circumstances, nystagmus may be asymptomatic. Most people, however, feel vertigo, oscillopsia, hazy vision, or abnormal head positioning as a result of nystagmus. Vertigo is the most common symptom, and it is usually connected with vestibular problems. Oscillopsia, or the sensation that one's surroundings are shifting, is generated by the kind of nystagmus present and can be continuous, intermittent, or gaze-evoked.

Blurred vision is frequently produced by motion affecting the retinal picture. This foggy vision may lead to improper head positioning, which happens when patients compensate for visual defects by finding gaze positions that alleviate their symptoms.

It is difficult to detect pathological nystagmus because it is difficult to determine which malfunctioning brain or ear apparatus components are damaged and what the underlying etiology is. Acquired nystagmus, which arises later in adolescence or adulthood, might indicate a central nervous system problem such as multiple sclerosis, a head injury, a brain tumor, a metabolic condition, a medication side effect, hyperventilation, or even alcohol or drug poisoning.

Pathological nystagmus- aberrant nystagmus caused by injury to the vestibular-oculocephalic and/or cortical parts of the nervous system, compromising oculomotor function. Nystagmus is a noticeable but underappreciated condition. Clinically, nystagmus can be assessed using a range of non-invasive standard tests. The most basic is the caloric reflex test, in which one ear canal is irrigated with warm or cold water or air. Nystagmus is caused by the temperature gradient stimulating the horizontal semicircular canal. Chiari malformation is characterized by nystagmus.

The resulting eye movement can be recorded and quantified using an electronystagmograph (ENG), a type of electrooculography (an electrical method of measuring eye movements using external electrodes), or a less invasive device called a videonystagmograph (VNG), a type of video-oculography (VOG) (a video-based method of measuring eye movements using external small cameras built into head masks) administered by an audiologist. Special swinging chairs with electrical controllers can be used to generate rotatory nystagmus.

Objective eye-movement-recording techniques have been applied in the study of nystagmus during the last four decades, resulting in greater measurement precision and understanding of the illness. To examine a patient's eye movements, orthoptists may also employ an optokinetic drum or electrooculography.

Nystagmus can occur as a result of foveation of moving objects, illness, chronic rotation, or medication usage. Nystagmus differs from other superficially similar-appearing eye movement disorders (saccadic oscillations) such as opsoclonus or ocular flutter, which are entirely composed of fast-phase (saccadic) eye movements, whereas nystagmus is distinguished by the combination of a smooth pursuit, which usually acts to take the eye off the point of focus, interspersed with the saccadic movement that serves to bring the eye back on target. Without the use of objective recording tools, it may be difficult to distinguish between these situations.

In medicine, nystagmus can be innocuous or suggest an underlying visual or neurological disease. 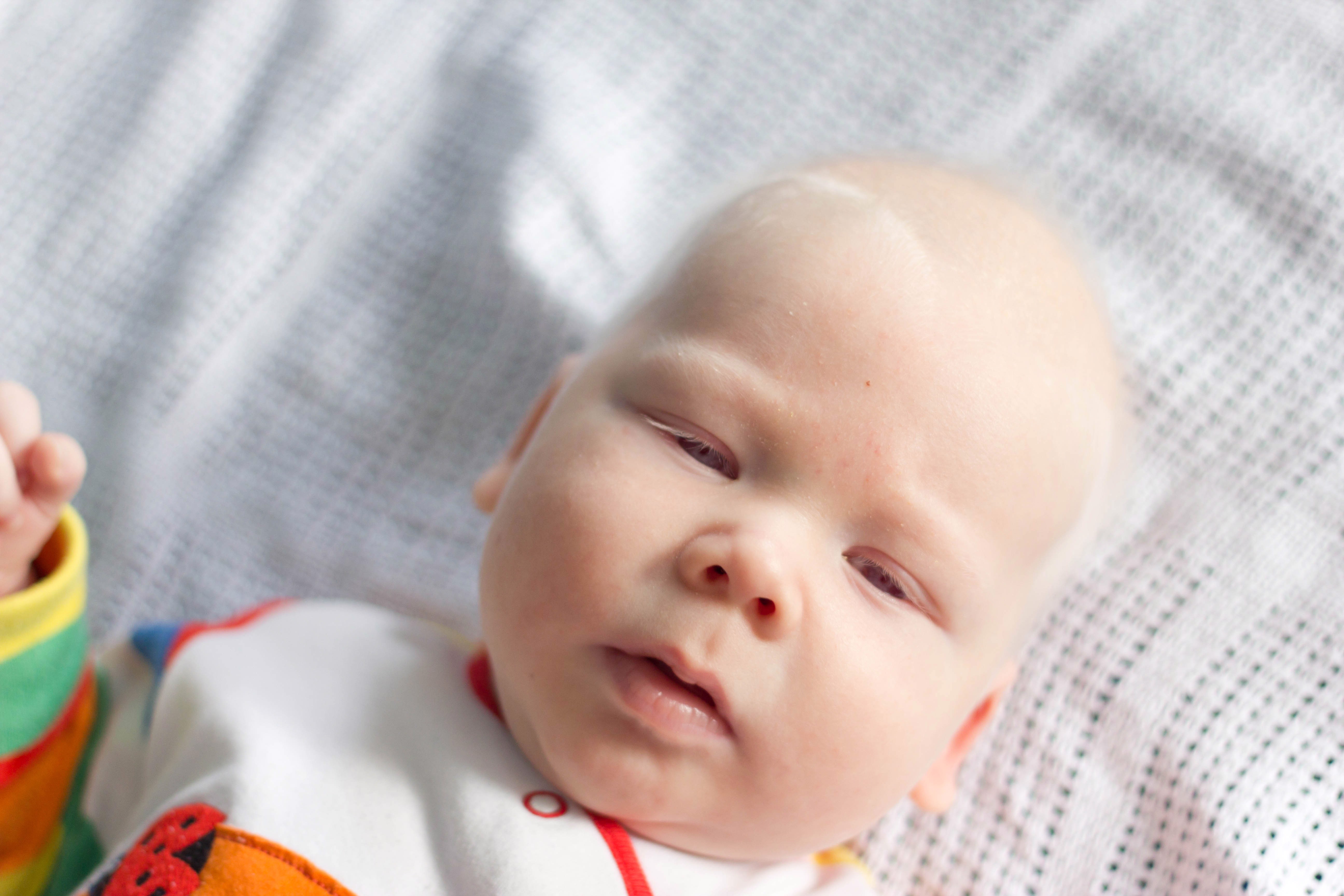 The two most common types of benign nystagmus in children are congenital nystagmus (CN) and manifest latent nystagmus (MLN) (MLN). Both have conjugate, horizontal, and jerky oscillations. Differential diagnosis is based on the fact that slow phases in CN have a developing exponential velocity form, whereas slow phases in MLN have a declining or linear velocity shape.

In addition to its characteristic slow phase, MLN's quick phase always beats toward the viewer's eye. MLN is also strongly associated with the presence of strabismus and dissociated vertical divergence, is primarily visually driven, and is highly dependent on the patient's attentional state.

Both CN and MLN have been associated to a number of diseases, including albinism, optic nerve hypoplasia, and congenital cataracts. In the absence of ocular or central nervous system diseases, CN can develop.

Some CN patients have near-normal vision, especially if they have developed 'foveation periods,' which are brief epochs during which the eye remains immobile and focused on the object of attention. CN is typically decreased during convergence and at certain gaze angles, which might be used to provide optical or surgical treatments.

Several mechanisms underlying CN and MLN have been proposed throughout the years. Smooth pursuit, fixation, and optokinetic system anomalies are examples of these. To account for CN, five distinct models have been created thus far. Patients with CN who are unable to suppress their nystagmus have either an abnormal feedback loop or are unable to adjust the typical feedback loop voluntarily.

These two ideas are based on the requirement for brain miswiring. Given the variety of visual difficulties associated with CN in the absence of chiasmal misdirection, the absence of an aberrant visual evoked response in idiopathic CN, and the identification of CN in achiasmic dogs and people, this appears to be a stretch.

Fourth, Harris argued in 1995 that CN was generated by too much gain in an internal efference copy loop in the smooth pursuit system, which was focused on a leaky neural integrator. Finally, Broomhead and his colleagues suggested, using a non-linear dynamics technique, that the behavior of burst cell firing, in the form of a saccadic termination anomaly, may account for the variety of CN waveforms that previous models were unable to explain.

Because MLN is common in people with congenital or uniocular vision loss, or who have had visual deprivation, it has been postulated that egocentric localization abnormalities, as well as an aberration of extraocular proprioception, may be partially responsible for these oscillations. To recapitulate, there are no well-accepted explanations for infantile variations of nystagmus, albeit several characteristics of these oscillations suggest prospective therapeutic targets.

Congenital nystagmus was long assumed to be incurable, but in recent years, therapies that show promise in specific individuals have been discovered. In 1980, researchers found that a drug known as baclofen might cure periodic alternating nystagmus. As a consequence, gabapentin, an anticonvulsant, helped around half of those who used it.

Memantine, levetiracetam, 3,4-diaminopyridine (free to qualified patients with downbeat nystagmus in the United States via an extended access program), 4-aminopyridine, and acetazolamide have also been shown to be useful against nystagmus in some people. Contact lenses, medicines, surgery, and low vision rehabilitation have all been investigated as treatment options. Miniature-telescopic glasses, for example, have been proposed as a treatment for nystagmus.

Surgery for congenital nystagmus attempts to correct head posture, imitate artificial divergence, or weaken the horizontal recti muscles. Clinical trials for a treatment to treat nystagmus (known as tenotomy) were completed in 2001. Tenotomy is now routinely done in a variety of sites throughout the world. The procedure is designed to reduce ocular oscillations, which tend to improve visual acuity.

Acupuncture research have shown conflicting results about its favorable effects on nystagmus symptoms. Acupuncture points of the neck, particularly the sternocleidomastoid muscle, have been demonstrated to be effective in treatments. Acupuncture advantages include lowered frequency and slower phase velocities, which resulted in an increase in foveation duration periods both during and after treatment.

According to evidence-based medicine standards, the quality of these studies is poor (for example, Ishikawa's study had a sample size of six subjects, was unblinded, and lacked proper controls), and given high quality studies demonstrating that acupuncture has no effect beyond placebo, the results of these studies must be considered clinically irrelevant until higher quality studies are performed.

Physical or occupational therapy can also be used to treat nystagmus. Treatment entails devising compensating measures for the weakened system.

A Cochrane Review published in June 2017 on therapy for eye movement abnormalities caused by acquired brain injury identified three studies of pharmacological interventions for acquired nystagmus but concluded that the evidence was insufficient to guide treatment decisions.

The movement might be horizontal, vertical, torsional, or a combination of the three. Nystagmus can be jerk (during the fast phase) or pendular in nature, with varying amplitude and frequency, and it can be aggravated or relieved by gaze position, fixation, or covering one eye (latent).

"Saccadic incursions" or "saccadic oscillations" are defined as "rapid, back to back (without intersaccadic interval)" eye movements that push the eye away from the visual object. The neurological foundation of saccadic intrusions/oscillations is distinct from that of nystagmus and is covered in a different section.