Osteosarcoma is a bone cancer that starts in the cells that make up the bones. It commonly affects the long bones, particularly the legs and arms, although it can sometimes affect any bone. In other rare cases, osteosarcoma can develop in the soft tissue outside of the bone.

Osteosarcoma mostly affects adolescents and young adults and occasionally affects younger children and the elderly. The most typical symptoms are limited movement, a lump, bone discomfort, and an unexplained bone fracture.

Luckily, there are numerous available treatments. Also, osteosarcoma's survival rate is approximately 70% if it does not spread to other body parts.

Signs and Symptoms of Osteosarcoma

The following are the most prevalent symptoms of osteosarcoma: 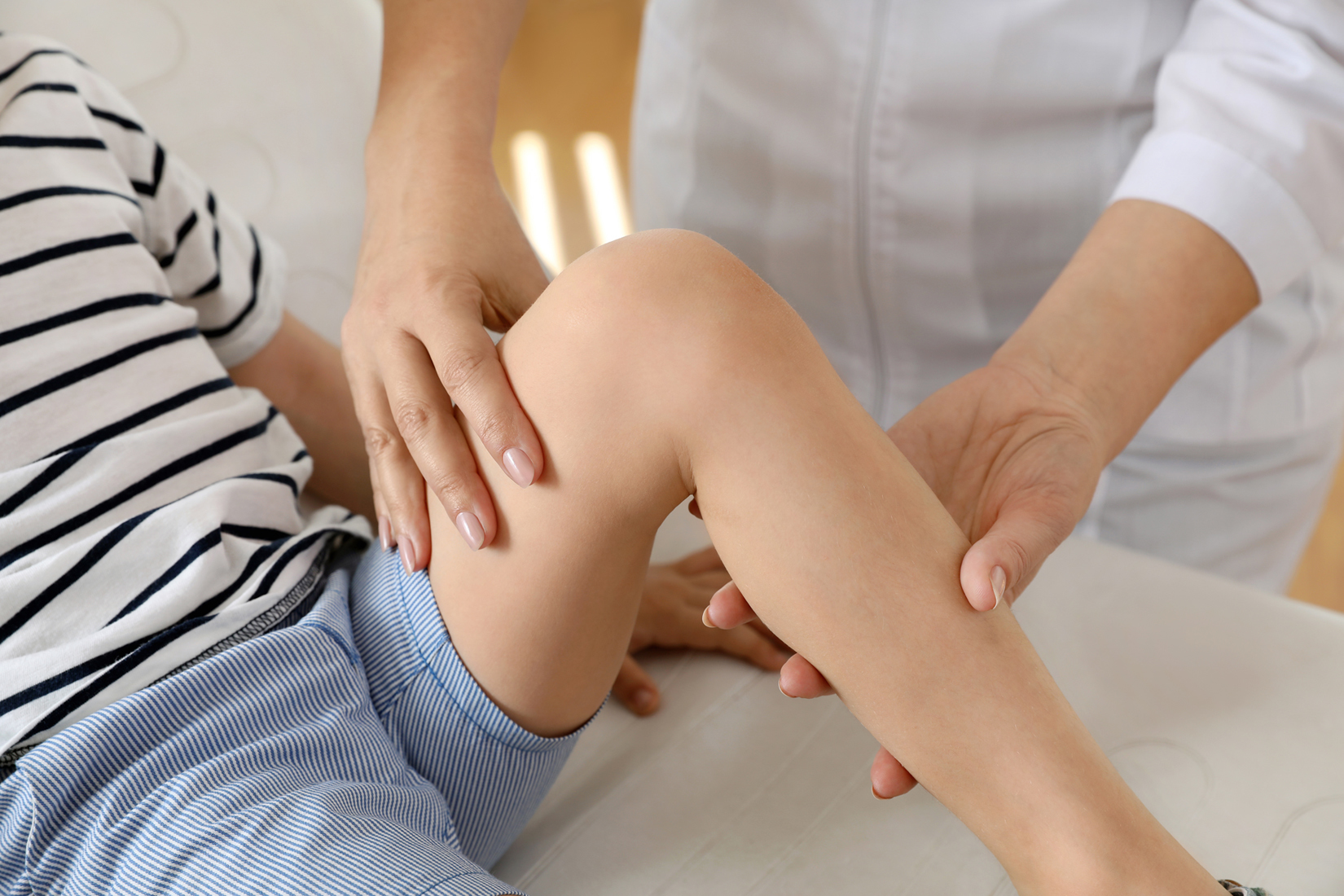 The causes of osteosarcoma cancer are unknown. However, orthopedists believe that it develops when something is amiss in one of the cells responsible for the formation of the new bone.

When the DNA of a healthy bone cell changes, osteosarcoma develops. The DNA of a cell includes the instructions that control every process. When the cell is not required, the alterations inform it to start creating new bone.

A tumor or mass of the defectively formed bone cells develops as a result and can invade and kill healthy bodily tissue. The malignant cells can also break off and spread to other parts of the body.

Other risk factors that can contribute to the occurrence of osteosarcoma include;

During osteosarcoma diagnosis, the orthopedist will start by inquiring about your symptoms as well as your previous medical history. This will include whether you've had any past radiation therapy or if a close family member has a history of certain genetic diseases. They can also examine your body for lumps on the bones that could be projecting.

The doctor can also order additional tests and procedures to make the diagnosis. Some of them include;

Blood testing: Doctors can order blood tests to obtain information on your blood counts as well as the functioning of your organs (including the liver and kidney). However, a bone tumor cannot be detected with a blood test.

X-ray: The doctor can take an osteosarcoma x-ray to check for abnormal bone growths.

Bone scan: This diagnostic test looks for bone problems by injecting a small amount of radioactive substance into the body.

PET scan: This employs a specific glucose tracer to indicate where your body's glucose absorption is particularly high. The glucose tracer is frequently taken up by the cancerous cells in high amounts.

Biopsy: A biopsy is a procedure that doctors use to obtain a small sample of the suspicious cells for further examination in the lab. The results can be used to determine whether or not the cells are malignant. The form of cancer and how aggressive (the stage) it can be determined through laboratory tests. Some of the biopsy methods used to diagnose osteosarcoma are surgical biopsy or needle biopsy.

The treatment of osteosarcoma depends on factors such as the tumor location, the extent of growth, and if it has spread. At times, general health and age can play a role. Osteosarcoma treatment works best if administered earlier before the malignant cells spread further to the surrounding tissues and organs.

The treatment options can thus include the following;

The purpose of surgery is to eliminate all malignant cells. However, when considering the procedure, keep in mind how it is going to impact your capacity to go about your everyday routine. The scope of osteosarcoma surgery is determined by various aspects, including the tumor size as well as the location.

Orthopedists can recommend the following surgical procedures to treat osteosarcoma:

Limb-sparing surgery (surgery to eliminate only cancer): The majority of osteosarcoma surgeries can be performed in such a way that all the cancerous cells are removed. At the same time, the limb is spared, and function is preserved. The degree of the tumor and the amount of tissue and muscle that must be removed can depend on whether this operation is an option.

Amputation (surgical removal of the afflicted limb): The necessity for amputation or the removal of a leg or section of a limb has decreased dramatically in recent years. This is all because of the advances in limb-sparing surgery. Advancement in prosthetic joints can greatly enhance results and function when amputation is required. 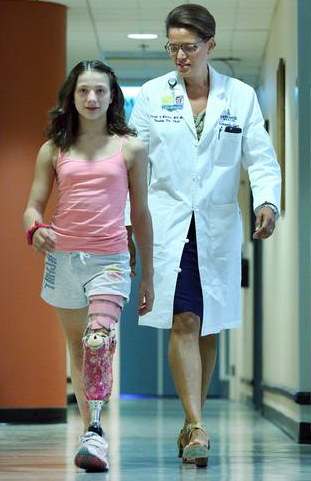 Rotationplasty (surgical removal of the lower part of the leg): During this procedure, the surgeon eliminates the malignant cells and the nearby region, including the knee joint. It is sometimes performed in minors who are still growing. The ankle and foot are turned, and the ankle acts as a knee. The foot and lower leg are supported using a prosthesis. One can usually perform exceptionally well in sports, physical activities, and even day-to-day life after the procedure.

Chemotherapy is a treatment that uses medications to destroy cancerous cells. Chemotherapy usually consists of two or more medications that are given in the form of IV infusion, a tablet, or a combination of both.

The physicians often use chemotherapy before surgery for osteosarcoma (neoadjuvant therapy). They will then keep track of how the cancerous cells react to the chemotherapy so that they can plan for additional future treatments.

To destroy the cancerous cells, radiation therapy employs high-energy beams like protons and x-rays. In certain cases, like if surgery is not an option or when the physician is unable to eliminate all of cancer in operation, radiation may be a choice.

The energy beams are administered using a machine rotating around you while you lie still on a treatment table during radiation therapy. To decrease the chance of damaging the nearby healthy cells, the beams are precisely guided to the site of the osteosarcoma.

Targeted therapy uses medications to block specific proteins that are vital to cancerous cells growth. While chemotherapy and radiation therapy both kill normal cells, these drugs don't. The most commonly utilized medications include the mammalian target of rapamycin inhibitors, kinase inhibitors, and monoclonal antibody treatment.

The following are some of the complications associated with osteosarcoma and the treatment:

Getting used to limb amputation: When possible, surgery to eliminate the tumor while sparing the limb is recommended. However, in order to eliminate all of the cancerous cells, it may be necessary to take out a portion of the affected limb. This could take a lot of time, patience, and practice to learn to utilize a prosthetic limb (prosthesis). Luckily, the medical care team can assist you in adapting.

Spread of the cancerous tumors (metastasizes): Over time, osteosarcoma could metastasize from the area it began to other parts of the body. This complicates both treatment and recovery. In most cases, osteosarcoma spread to the lungs and other bones in the body.

Side effects of long-term therapy: Sometimes, the most aggressive chemotherapy is required to treat osteosarcoma. This could have serious long-term and short-term side effects. The healthcare team can assist you in managing side effects that occur during the therapy. They will also give you a list of the possible side effects to be aware of in the coming years following treatment.

It's not easy to live with osteosarcoma. There will be agony, swelling, restricted mobility, and the possibility of fractured bones. Also, one can experience the discomfort of treatment and undergo an extended period of recovery. Following that, you might need to adapt to a prosthetic limb or go to numerous follow-up consultations to ensure that the condition does not reappear.

Generally, cancer is a difficult disease to deal with. However, your healthcare providers can assist you as much as possible. Various treatments can be used to save your life while also improving your life quality.