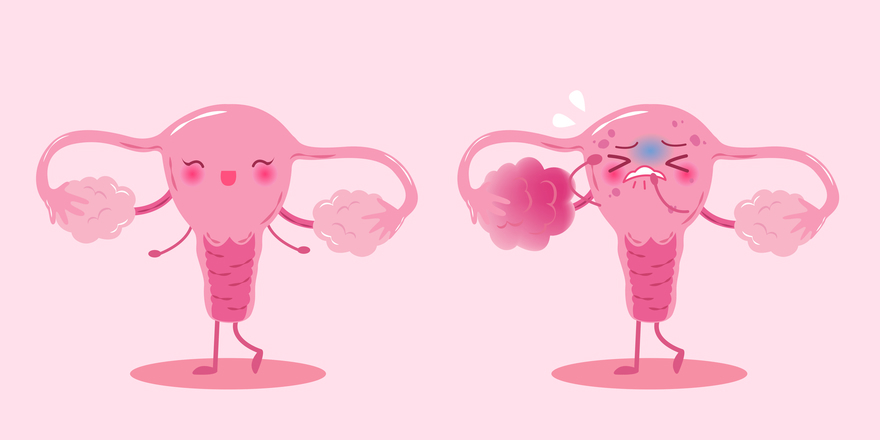 Approximately 90% of women who go through menopause are thought to do so between the ages of 45 and 55, with menopause starting on average at 51 years old. The age of natural menopause has not seemed to change over the previous ten years, unlike the age of menarche, which has. These findings imply that menopause age is likely an evolutionarily conserved characteristic. Menopause that starts before age 40 is referred to as premature menopause. In the US, 1% of the population is affected by this condition. An earlier start of menopause may be due to ovarian damage brought on by chemotherapy or radiation therapy, or it may be the result of medical procedures such as surgically removing the ovaries. An abrupt drop in ovarian hormone levels and subsequently more severe menopausal symptoms are linked to surgically induced menopause. Hot flashes, sleep issues, mood instability, and low energy are some of these symptoms.

What is Ovarian Dysfunction? 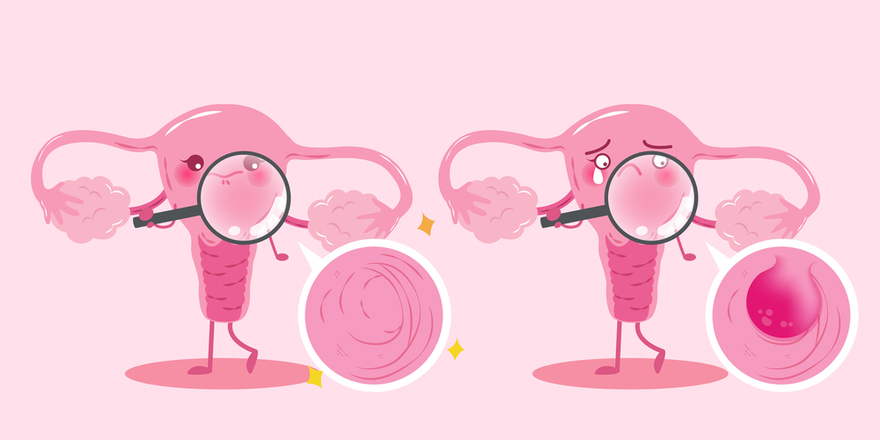 The term Ovarian dysfunction is becoming more popular and has been adopted to describe several diagnoses that are similar, such as hypergonadotropic hypogonadism, premature ovarian failure, and ovarian dysgenesis. Because it is a concept used to characterize poor ovarian function on a continuum rather than a definite endpoint, this term is semantically more correct. This disorder, which can be temporary or progressive, usually leads to early menopause at some point. By the time they are 20 years old, one in 10,000 women have the disorder, and by the time they are 40, one in 100 do. Conceptually, ovarian dysfunction is defined by either the depletion of functioning primordial follicles before the age of 40 or ovarian follicular dysfunction. When there has been amenorrhea for 4-6 months, the diagnosis should be established by obtaining two follicle-stimulating hormone (FSH) readings in the menopausal range (>30 U/L), at least one month apart.

Patients frequently have oligomenorrhea or amenorrhea when they first present, and they may also develop more severe signs of estrogen insufficiency. Long-term effects of hypoestrogenism can also affect individuals and include osteoporosis, accelerated cardiovascular aging, and neurocognitive issues. Another effect of ovarian dysfunction is infertility. The majority of patients will have amenorrhea when they first visit, but roughly 50% will still have some degree of ovarian function. Five to ten percent of women are thought to be able to conceive spontaneously. 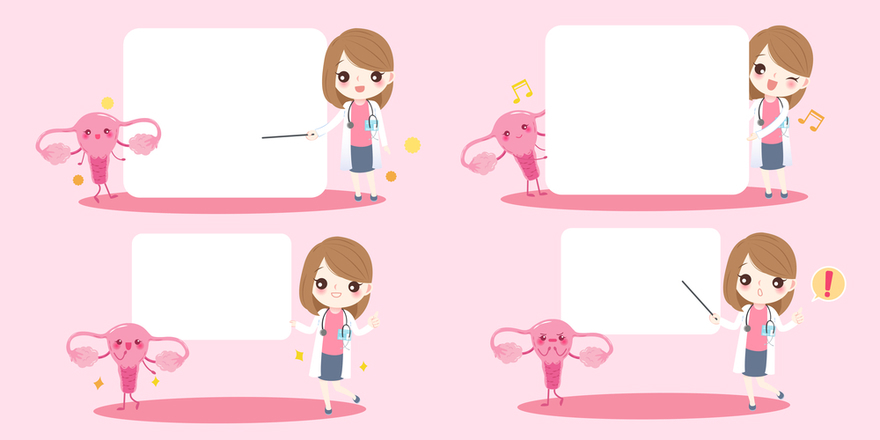 Numerous causes can contribute to adolescent follicle depletion or malfunction. Chromosome abnormalities or disruption from chemotherapy and radiotherapy are frequent causes. Additionally, it is linked to a premutation in the fragile X gene, FMR1. Hypoparathyroidism, hypoadrenalism, and other endocrinopathies may all be linked to ovarian dysfunction. It can occasionally be brought on by infectious or infiltrative processes. The ovarian function may be compromised as a result of pelvic surgery. Adrenal or ovarian antibodies are present in about 4% of women with ovarian dysfunction, which raises the possibility of an autoimmune disease mechanism. The cause of many cases is still not identified.

Gonadal dysgenesis, with or without Turner syndrome, is a frequent cause of ovarian dysfunction in teenagers. 50 percent of teenagers who come with primary amenorrhea and no concomitant conditions are found to have aberrant karyotypes. 13% of younger women (those 30 years of age or younger) with secondary amenorrhea have also been identified as having an aberrant karyotype. Although this group frequently experiences pubertal and development delays, many affected girls can be identified for the first time during a menstrual issue evaluation.

The most prevalent type of hereditary mental impairment is fragile X syndrome. Six percent of females with ovarian dysfunction and a normal karyotype had an FMR1 premutation. Although menstruation among premutation carriers seems to start normally in adolescence, 1% of premutation carriers will have their last period before becoming 18 years old. Fragile X premutation carrier testing should be made available to women who have a personal or family history of ovarian failure or who have increased follicle-stimulating hormone (FSH) levels before the age of 40 without a known explanation.

You could be unaware that your ovaries aren't functioning regularly. Ovarian dysfunction can cause some women to continue to have periods and even become pregnant. However, many people with this illness struggle to conceive. That is typically what brings about a visit to the doctor. Missed or infrequent periods are among the signs of ovarian dysfunction. For many years, periods may begin and end again. Other symptoms, which may also resemble menopausal ones, include: 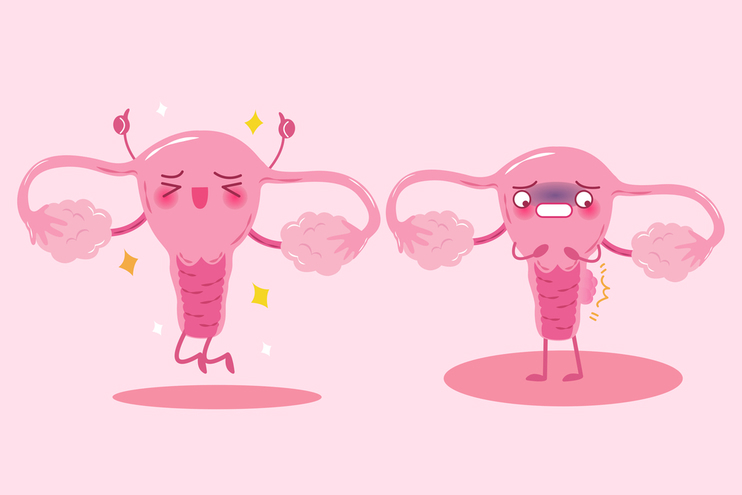 There are currently no known biomarkers or ovarian dysfunction symptoms/signs that may reliably predict when menopause will begin. The intermenstrual cycle interval may shorten or lengthen, and menstrual irregularities such as oligomenorrhea, dysfunctional uterine bleeding, or amenorrhea may appear in patients. Although these latter symptoms are typically delayed, women may experience vasomotor symptoms, mood swings, and atrophic vaginitis as signs of estrogen insufficiency. In addition, patients may have osteoporosis, rapid cardiovascular aging, and cognition impairments as long-term effects of hypoestrogenism.

Unfortunately, there are still no accepted diagnostic criteria for ovarian dysfunction. To rule out secondary causes of amenorrhea, a thorough history and physical exam are advised. These conditions include childbearing, polycystic ovary syndrome, hypothalamic amenorrhea, chronic medical conditions caused by uncontrolled diabetes or celiac disease, sedentary lifestyles (vigorous exercise, low calorie intake), hypothalamic or pituitary lesions, hyperprolactinemia, hypothyroidism, and hyperthyroidism, as well as pregnancy-related conditions. A family history of early menopause, prior ovarian/pelvic surgery, as well as chemotherapy or radiotherapy, which may reveal a cause, should also be emphasized in the screening history. The doctor should inquire about fragile X syndrome, intellectual disability, thyroid diseases, diabetes, Addison's disease, systemic lupus erythematosus, rheumatoid arthritis, or vitiligo in the patient.

The physical examination should focus on the patient's body characteristics, any secondary sexual features that are normal, and any vaginal atrophy that may be caused by hypoestrogenism. Laboratory testing for women who have experienced amenorrhea for three months straight should check their levels of human chorionic gonadotropin (HCG), FSH, thyroid-stimulating hormone (TSH), prolactin, and estradiol. If FSH is high and serum estradiol is low, these measurements should be repeated in a month. Additional tests, such as a peripheral karyotype, fragile X screening, antiadrenal antibodies, serum calcium, and morning cortisol, should be done if the FSH level does not go down. If a Y chromosome is found, the patient should receive advice regarding gonadal removal because these people have a higher risk of developing cancer.

There may be some evidence of remaining ovarian activity in women with an estradiol level >50 pg/mL and/or occasional uterine hemorrhage. Low-dose hormone replacement (cyclic progesterone 200 mg/day for 12 days each month with estradiol 50 g/day transdermally) will allow ovulation to occur and should be useful in treating hypoestrogenic symptoms for people who want to become pregnant. In some women, the absence of withdrawal bleeding following progesterone therapy may be a sign of pregnancy.

Giving a progesterone withdrawal test might not be very helpful because ovarian dysfunction can occasionally produce estrogen. Ovarian transvaginal ultrasound imaging is one of the additional diagnostic procedures. The likelihood of an ovarian dysfunction diagnosis decreases when normal ovarian size/volume and a high antral ovarian follicle count are discovered. Options to evaluate ovarian reserve for women with reduced ovarian function include cycle day 3 FSH levels, AMH, inhibin B, and transvaginal ultrasound-based antral follicle count. FSH values drawn on day 3 that are elevated suggest a poor ovarian reserve.

Women with ovarian dysfunction frequently do not reach peak bone density and may experience loss of bone mass as a result of decreased estrogen levels. Bone mineral density testing is not required if hormone medication is started and the lady has not broken.

Based on clinical symptoms and serum FSH levels, ovarian dysfunction can be categorized as follows:

To handle ovarian dysfunction, a multifaceted approach should be used. Initiation and maintenance of hormone replacement treatment, use of contraception or reproductive control, psychosocial support, annual testing to determine thyroid and adrenal function, and regular preventive healthcare are all included in this. 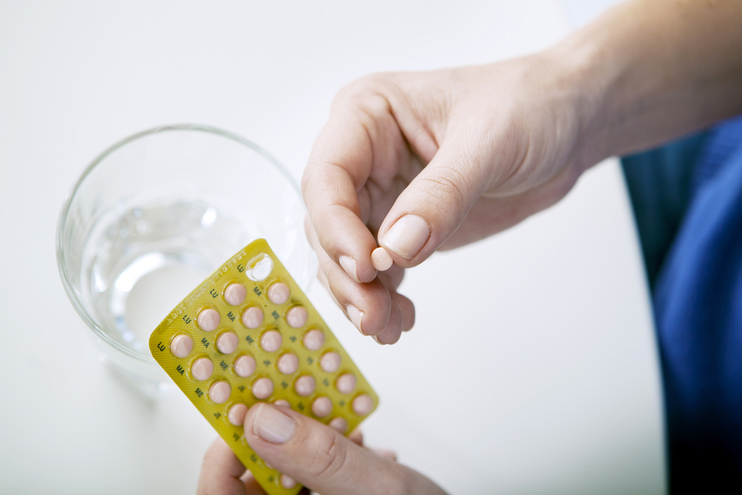 In addition to alleviating menopause-related symptoms like vasomotor symptoms and vaginal atrophy hormone replacement therapy (HRT) is also recommended to maintain bone density and lower the risk of cardiovascular disease. Starting estrogen doses should provide the equivalent of 50-100 g of transdermal estradiol per day, which is the estrogen concentrations present during the mid-follicular phase of the menstrual cycle. If the uterus is present, 5-10 mg of medroxyprogesterone acetate should be administered for 12 days of the month to lower the risk of endometrial hyperplasia. It is typically advised that this regimen be maintained at least until the average age of natural menopause (age 51 years), even though there is no clinical evidence to support the ideal amount of time HRT should be maintained for women with ovarian dysfunction. The risks of HRT are minimal and do not seem to differ noticeably from those experienced by perimenopausal women who continue to have an active ovarian function. Weight-bearing workouts, increased calcium and vitamin D intake, abstinence from alcohol and tobacco use, and contraindications to HRT should all be considered. It is important to note that these more recent methods have been demonstrated to be ineffective for maintaining bone density in women of reproductive age. In addition, women who are not on hormonal treatment should have their bone density evaluated.

A follow-up appointment should be planned every 6 to 12 months, and calcium, cortisol, and thyroid-stimulating hormone levels should be checked on a routine basis. An adrenocorticotropic hormone stimulation test to evaluate adrenal reserve or referral to an endocrinologist is indicated if antiadrenal antibodies are found.

After an ovarian dysfunction diagnosis, it's crucial to start making arrangements for conception. Unpredictable and spontaneous ovulation is certainly a possibility. Contraception should be made available to those who don't want to become pregnant. HRT is a bonus advantage of combined oral contraceptives, although intrauterine devices or barrier techniques are equally suitable substitutes. Supplemental HRT should be suggested for those choosing barrier techniques or intrauterine devices. 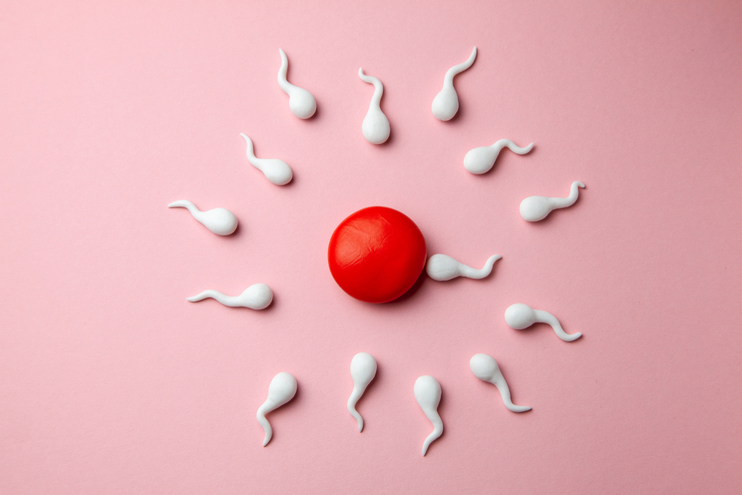 Before starting chemotherapy or radiation treatment, it is ideal to discuss future childbearing options with a reproductive specialist. Because there is a chance for fertility preservation, women receiving these treatments are in a special position. Ovarian hyperstimulation with oocyte retrieval and subsequent oocyte or embryo cryopreservation, ovarian tissue cryopreservation, or ovarian suppression with a gonadotropin-releasing hormone (GnRH) agonist are all options for preserving fertility. Not all of these choices are accessible to women at all centers, and some treatments, such as ovarian tissue cryopreservation, are still regarded as experimental. In vitro fertilization using donor oocytes has (to these days) been the fertility procedure with the best rate of success. A live birth rate of between 30 and 40 percent per transferred embryo has been linked to this. Cryopreservation of embryos and/or oocytes for use in upcoming in vitro fertilization cycles is another option. The research scientists now have, however, points to lower pregnancy success rates when donor oocytes are used. This is because they have trouble successfully stimulating mature follicles from frozen oocytes and preserved ovarian tissue, and the follicles taken from women who have ovarian dysfunction may be of inferior quality. Adoption and embryo donation are additional options that need to be considered.

Significant psychologic problems may occur in female ovarian dysfunction patients. Providers should assist those who suffer a variety of emotions, including infertility, altered self-image, and sexual dysfunction. Referrals to a psychotherapist and support groups like the International Premature Ovarian Failure Association may be helpful for patients.

With intermittent ovulation as the defining endpoint and irreversible loss of ovarian function as the middle point, ovarian dysfunction represents a continuum from compromised ovarian function. Because hypoestrogenism may have long-term effects such as cardiovascular disease, neurocognitive impairment, menopausal symptoms, osteoporosis, and infertility, it's vital to quickly get the right diagnosis and find any coexisting medical conditions. A comprehensive strategy to care should be used, including the provision of hormone replacement therapy, fertility control, and psychological or emotional support. It is essential to monitor this group over the long term with preventive maintenance therapy and regular surveillance.