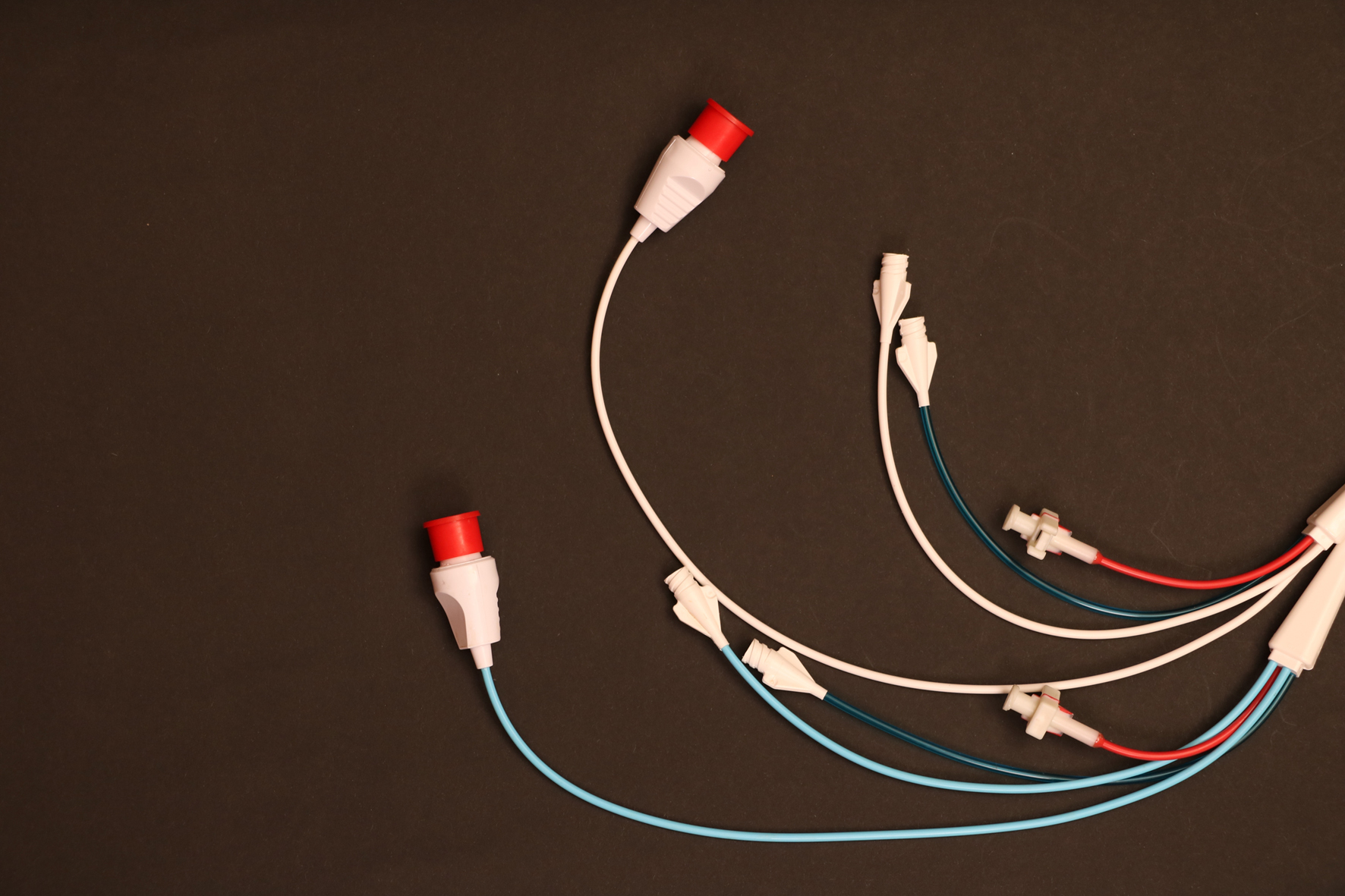 A pulmonary artery catheter was originally intended to treat acute myocardial infarction, but it has since been used to treat a wide range of critical illnesses and surgical interventions.

What is a Pulmonary Artery Catheterization?

An intravascular catheter is put into a central vein (femoral, jugular, or brachial) to communicate to the right side of the heart and proceed towards the pulmonary artery during pulmonary artery catheterization. Right-sided cardiac compartment filling tensions, cardiac output estimates, intracardiac shunt assessment, valvular evaluations, and vascular resistance can all be assessed using this diagnostic method. Despite the decline in the use of pulmonary artery catheterization for the assessment and management of severely ill patients, it is still a valuable technique for evaluating patients with pulmonary hypertension, cardiogenic shock, and unexplainable breathlessness.

The catheter is inserted into one of the main central veins (subclavian, jugular, or femoral) and travels to the right atrium through the superior or inferior vena cava. The catheter travels from the right atrium to the right ventricle via the tricuspid valve. After passing through the pulmonary valve, the catheter is moved to the right ventricular outflow tract and subsequently to the pulmonary artery. The catheters' tip is inserted into the major pulmonary artery, where the balloon can be expanded and released to take pressure readings. This is where a balloon can be inflated to obtain pulmonary capillary wedge pressure, which can be used to get an indirect reading of left-sided filling pressures.

A pressure waveform can be visible in the monitor during catheter insertion because of the transducer in the catheter. Each portion of the right heart structure has a different pattern that can aid in determining where the catheter points are located. 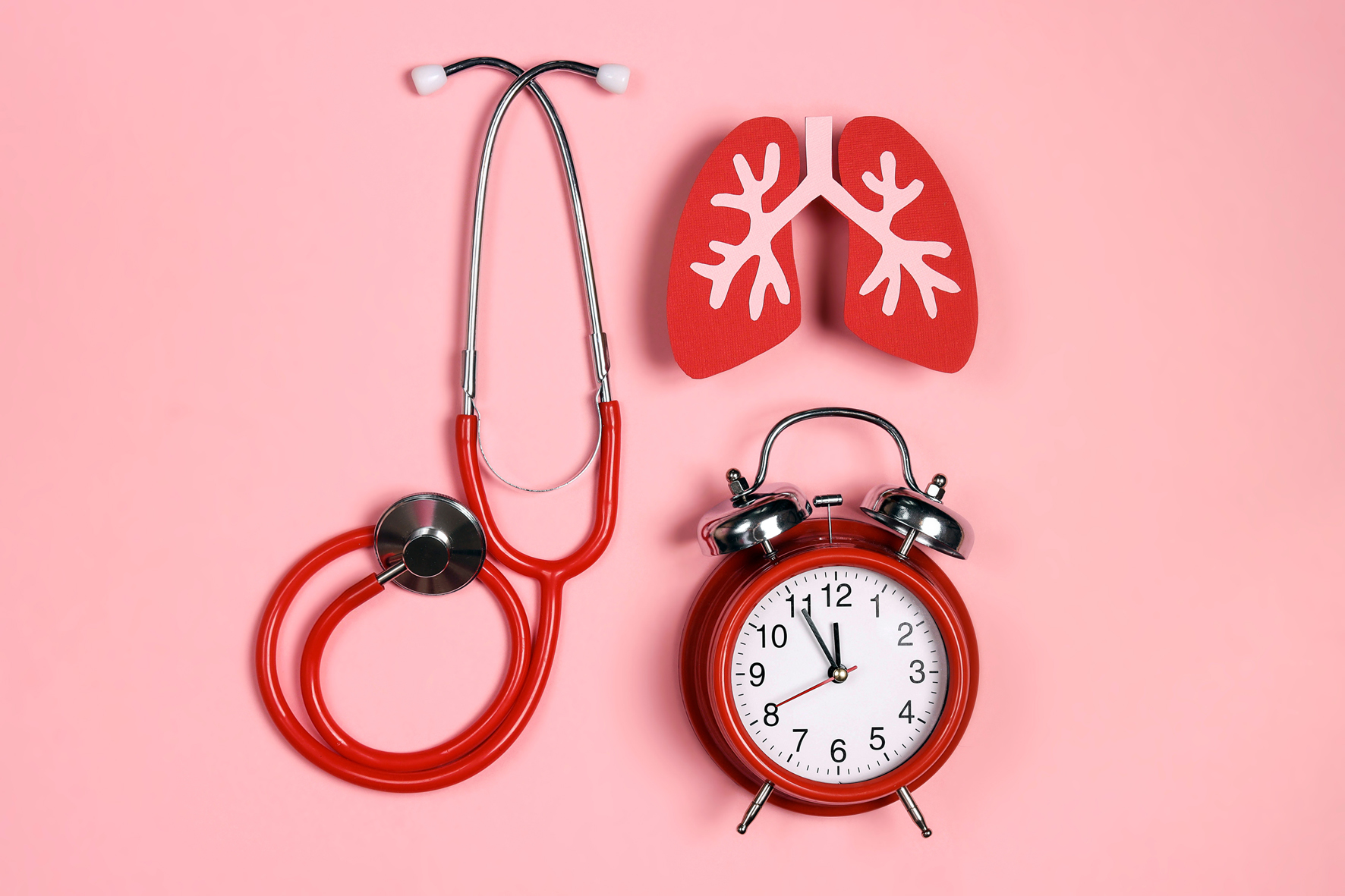 Pulmonary artery catheterization is suitable in the following cases:

In the following situations, pulmonary artery catheterization is not recommended:

Each of the four lumens is spaced at a specified distance along the catheters' length, and each has a distinct role, as stated below: 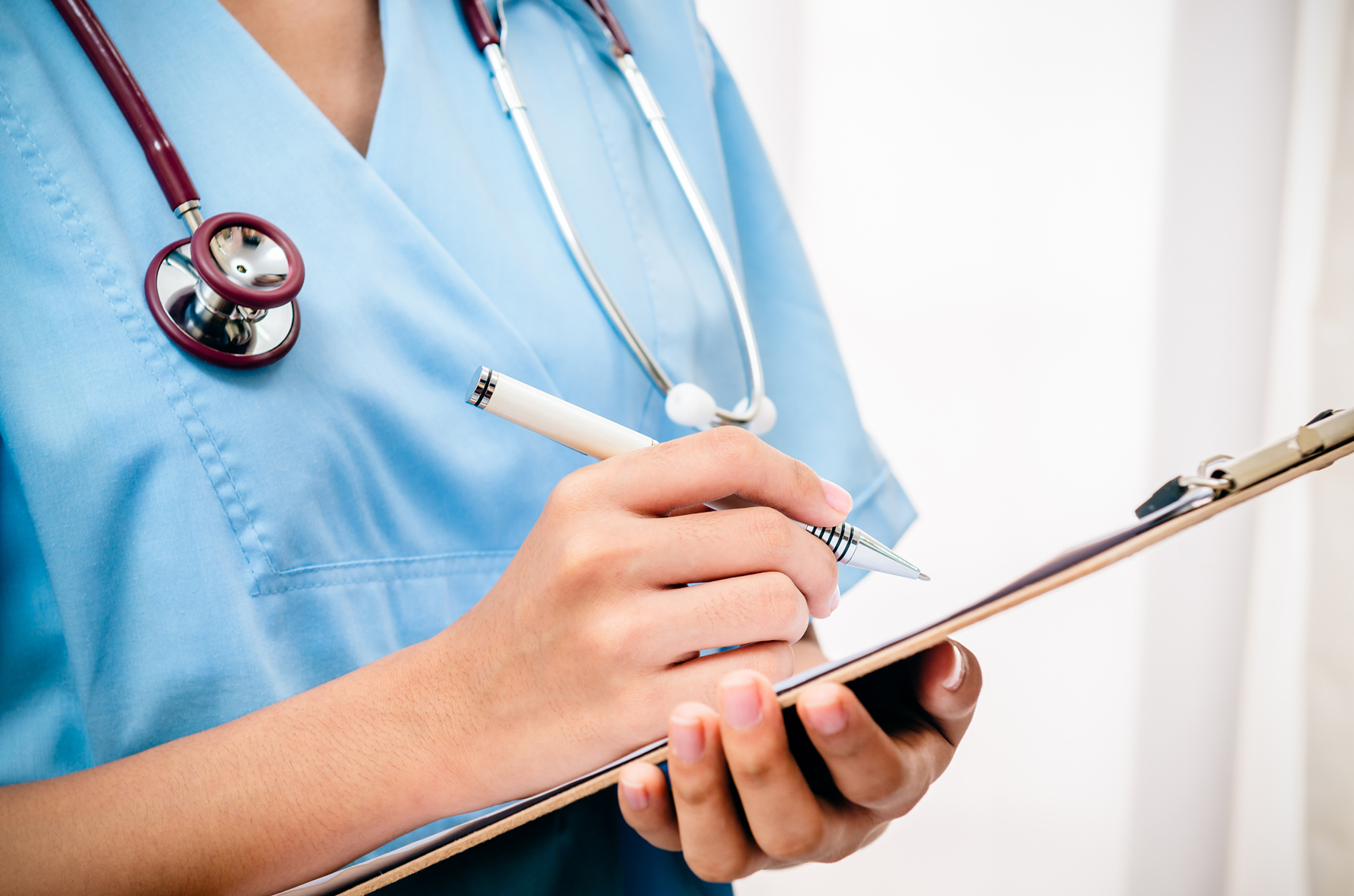 The preparation for the insertion of a pulmonary artery catheter is comparable to that for any other invasive surgery.

Before the procedure, you must give your verbal approval. Before beginning the process, a thorough description of the procedure, its risks, and its advantages is required.

Before beginning the procedure, the catheterization site must be chosen. To avoid difficulties, extra care must be given while choosing the insertion location, such as skin or site infections, previous vein thrombosis, or anatomical anomalies. It is critical to choose the right catheter for the insertion site.

Pulmonary artery catheterization can be performed under fluoroscopy (the most frequent method) or at the bedside using ultrasonography and echocardiography.

Any motion of the transducer or the patient will modify the hydrostatic column of this fluid-filled system, causing the pressure readings to change. The system must therefore be reset to ambient air pressure before or after pulmonary artery catheter insertion.

The center of the left atrium, considered as the fourth intercostal space in the midaxillary line with the patient in the supine position, serves as a reference point. The membrane is subjected to air pressure with the transducer at this level, and the monitor is reset to zero.

The monitoring system must be adjusted for accuracy after it has been zeroed. Presently, most monitors undergo an electronic calibration that is automatic.

The system is manually calibrated and checked using the following two methods:

Central pressures have a periodic frequency because they are dynamic waveforms. The system needs the right frequency response to properly monitor these pressures. When a system is slow to respond, pressure measures are imprecise, and differentiating waveforms becomes challenging. The pressure waveform is attenuated when signal energy is lost. Air bubbles, lengthy or compliant tubing, vessel wall impingement, intra-catheter material, transducer dysfunction, and loose tubing interconnections are some of the most common reasons. The frequency response is tested qualitatively by flicking the catheter and looking for a vigorous high-frequency response in the waveform.

The rapid flush test can be used to check the system after it has been inserted. A suitably responsive system will display an initial horizontal line with a high-pressure reading when flushed. When the flushing is finished, the pressure reduces quickly, as shown by a vertical line that drops below the baseline. Following a brief and well-defined oscillation, the pulmonary artery waveform returns. A dampened system won't overrun or oscillate, but it will take longer to go back to the pulmonary artery waveform.

Using the modified Seldinger technique, implant the introducer sheath. Use the needle to inject lidocaine into the skin and subcutaneous tissue. Then, while providing negative pressure to the syringe, insert the needle into the vein. Ultrasound can be used to see where the needle is entering the body.

Connect the pulmonary-artery catheter's distal port to the main pressure monitor. Lower the pressure to zero and put the catheter tip level with the patient's heart. Place the catheter into the sheath after orienting it such that its curve follows the intended course. Pump up the balloon after advancing the catheter to halfway between the first two thin marks, at which point its tip will be outside the sheath.

Continue advancing the catheter until you see a right-atrial-pressure waveform. An internal jugular or subclavian vein is normally 14 to 20 cm away from the right atrium, while a femoral vein is often 37 to 50 cm away. An a wave implies atrial contraction; an x descent implies atrial relaxation; a small c wave implies tricuspid valve closure; a v wave implies passive atrial filling during right ventricular systole; and a y descent implies passive atrial unloading following the opening of the tricuspid valve are all recognizable components of the right atrial waveform. Make a note of the mean right atrial pressure with the help of an assistant.

Transduce a right-ventricular-pressure waveform by advancing the catheter another 4 to 10 cm. This sinusoidal waveform has a fast upstroke and downstroke, which depict ventricular systole, as well as a delayed upstroke, which represents passive ventricular filling during diastole followed by right atrial contraction. Instruct an assistant to record the systolic and diastolic pressures in the right ventricle.

Transduce a pulmonary-artery-pressure waveform by advancing the catheter another 4 to 10 cm. This waveform has a systolic-pressure waveform as well, but it differs from the right ventricular waveform by a gradual drop in pressure throughout diastole rather than an increase, an overall increase in diastolic pressure, and a dicrotic notch. Tell the assistant to record the pulmonary-artery pressures in systolic, diastolic, and mean.

Deflate the balloon when all measurements have been finished and check for the return of a pulmonary-artery-pressure waveform. If the waveform does not occur after a few moments, carefully pull the catheter until it does.

To determine the mixed venous oxygen saturation, aspirate blood from the distal port. Attach the thermistor to a computer and deliver a saline bolus into the right atrium through the proximal port to measure the cardiac output. The area under the curve is inversely associated with cardiac output. Calculate the average of the data after repeating the cardiac output test till at least three reliable values have been recorded.

Take note of the catheters' final position. Check to see if the balloon has deflated. Secure the catheter with the plastic sleeve attached to the sheath, which may lower the risk of infection. Use adhesive dressing after suturing the sheath to the skin.

The initial venous entrance, insertion of the pulmonary artery catheter, and maintaining the catheter within the pulmonary artery are all related to pulmonary artery catheterization complications. The risk of complications varies depending on the doctor's level of experience and the patient's condition. Even when using ultrasonography-guided methods, venous access complications can occur, such as arterial rupture, which can manifest instantly (e.g., carotid artery hematoma if placed via the internal jugular path) or insidiously (eg, hemothorax if placed via subclavian path). Pneumothorax risk is also related to the access route chosen, with pneumothorax happening more frequently in the subclavian than at the internal jugular site. However, it's worth noting that low internal jugular approaches also carry danger. Remember that tension pneumothorax can develop quickly in ventilated patients.

The most prevalent consequence linked with pulmonary artery catheterization placement is arrhythmias. Premature ventricular contractions or non-sustained ventricular tachycardia are the most common, and they can be treated by moving the catheter from the right ventricle to the pulmonary artery or quickly withdrawing it from the right atrium. Only around 1% of patients experience significant ventricular tachycardia or ventricular fibrillation that requires therapy, usually in conjunction with cardiac ischemia or electrolyte abnormalities.

Pulmonary artery rupture is the most dangerous of the problems associated with pulmonary artery catheterization maintenance, with a 50% fatality rate. Thankfully, it's a rare event. Patients with pulmonary hypertension, those over the age of 60, and those on anticoagulant therapy are at threat. This scenario is indicated by the quick onset of hemoptysis. Higher positive end-expiratory pressure, lateral decubitus position, intubation with a double-lumen endotracheal tube comprise the proper management for this condition. If bleeding persists or becomes significant, bronchoscopy, angiography, or lobectomy may be required. The use of a vascular plug to compress the culprit pulmonary artery leak is described in a case report.

Infection caused by pulmonary artery catheterization is a pretty common consequence. In other studies, the rate of positive catheter tip culture results is as high as 45 percent. Although sterile plastic sleeves have been utilized to reduce the infection risk with pulmonary artery catheterizations, a prospective observational study discovered positive cultures from the sleeve in some patients, so the sleeve should not be regarded as a sterile barrier. Thankfully, the chance of developing clinical sepsis is less than 0.5 percent per day spent with a catheter.

After 4 days of catheterization, the risk of severe catheter colonization doubles. To avoid catheter-related infection, the US Centers for Disease Control and Prevention advises against replacing pulmonary artery catheterization on a regular basis.

Pulmonary infarction is a rare occurrence. The most common cause is an unintentional distal displacement of the pulmonary artery catheter tip. Catheter-related thrombi may also be a substantial cause. While postmortem investigations have demonstrated a considerable increase in endocardial lesions (e.g., thrombi, hemorrhage, and vegetations) associated with pulmonary artery catheter usage, no link to clinical outcomes has been identified.

Pulmonary artery catheterization can be conducted securely at the patient's bedside and provides a wealth of hemodynamic parameters. Although current research suggests that this procedure should not be used frequently in critically ill patients, it is still useful in the detection and treatment of a variety of cardiovascular diseases. However, because the operation has the potential for deadly consequences, it should only be used when the results are likely to improve clinical care.