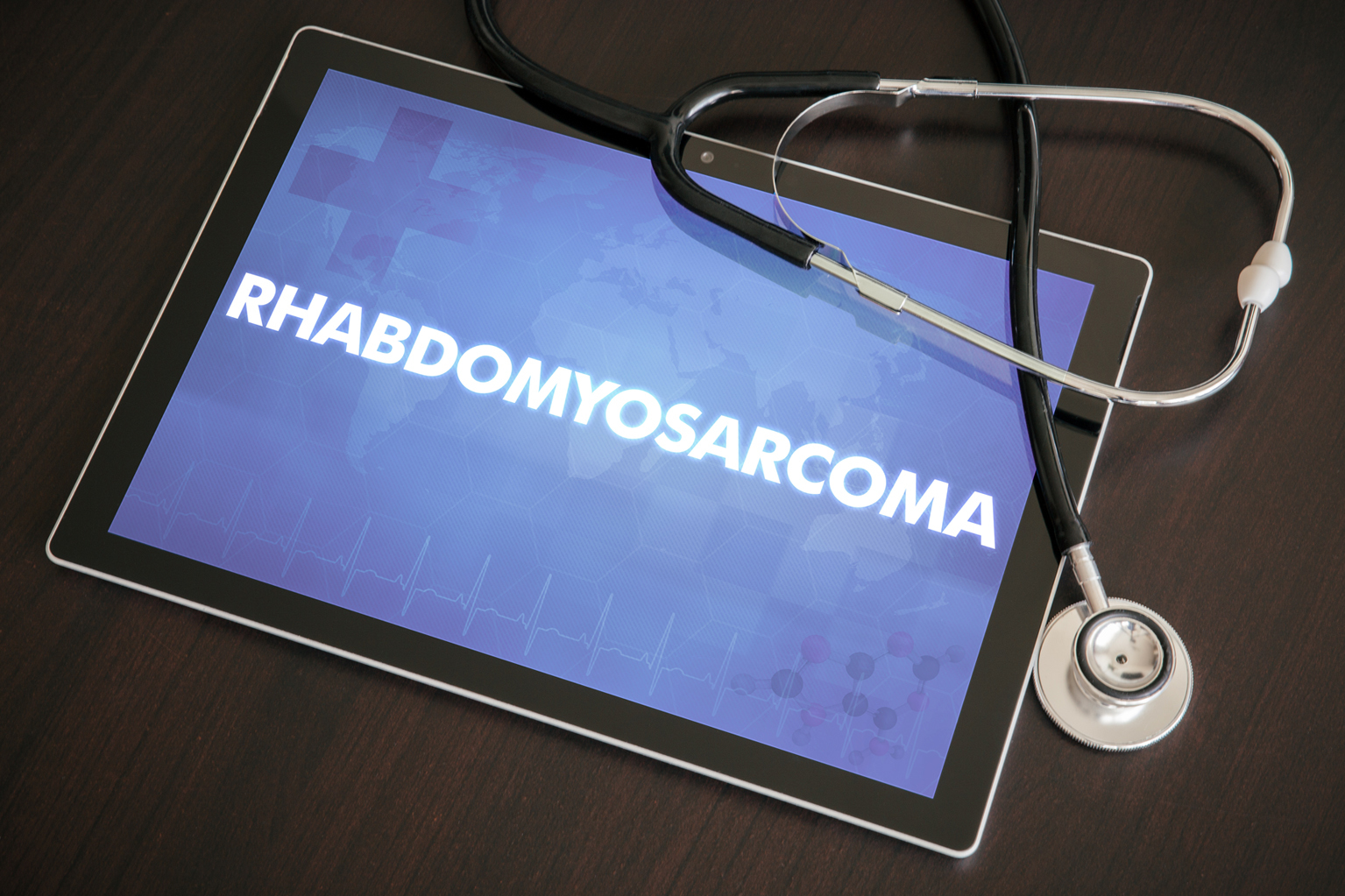 Rhabdomyosarcoma (RMS) is the most prevalent soft tissue sarcoma in children, and it is a high-grade tumor composed of skeletal myoblast-like cells. Decades of clinical and fundamental research have steadily enhanced our understanding of RMS pathogenesis and aided in the optimization of therapeutic therapy.

The two primary subtypes of RMS, which were initially distinguished by light microscopic characteristics, are driven by fundamentally different molecular pathways and provide significant therapeutic problems. Curative therapy is dependent on managing the initial tumor, which can occur at a variety of anatomic locations, as well as disseminated illness, which is known or expected to be present in every patient. 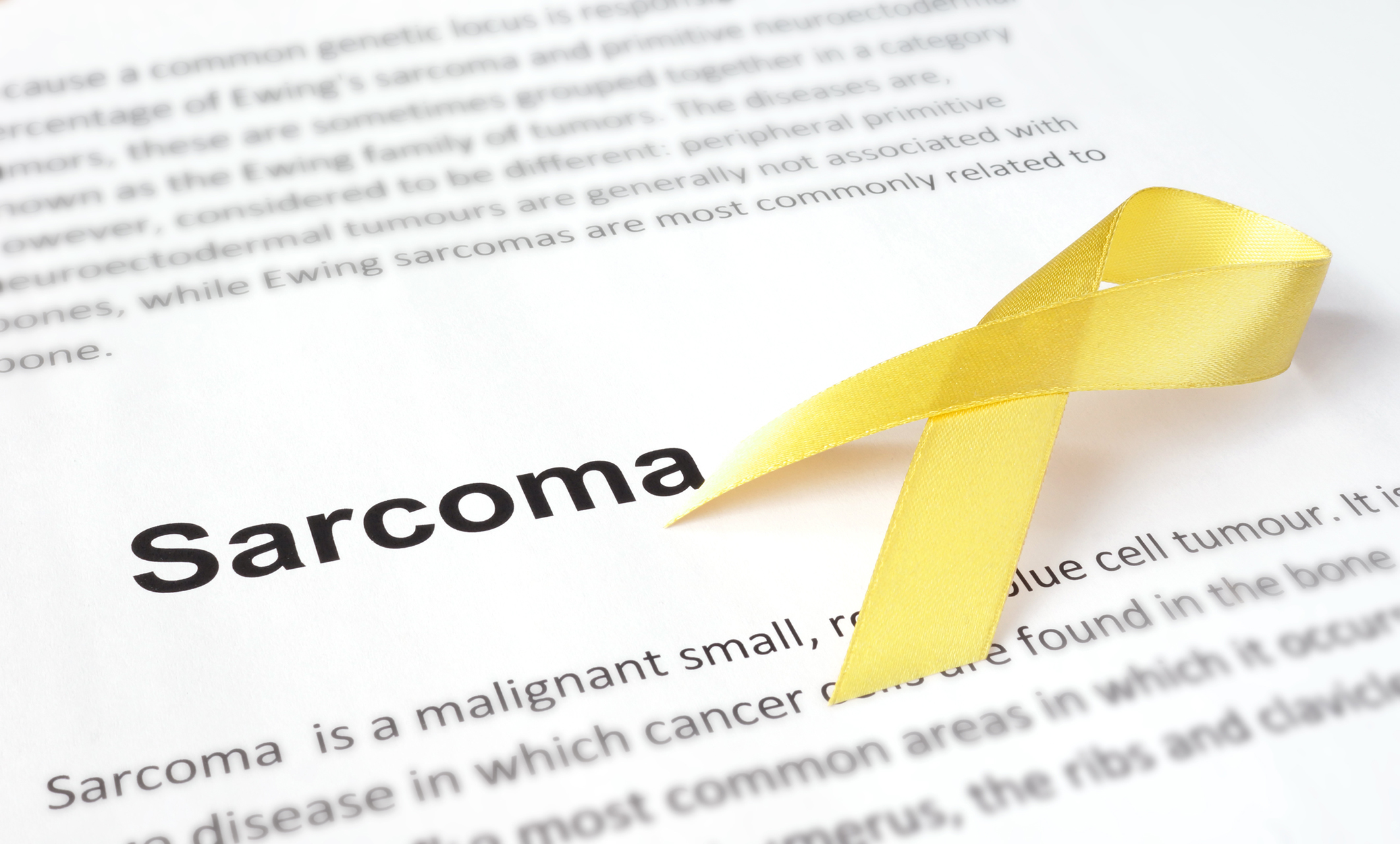 Rhabdomyosarcoma (RMS) is a skeletal muscle phenotypic primitive juvenile malignant soft tissue sarcoma that arises from a primitive mesenchymal cell. The majority of cases are diagnosed in children under the age of six. The cause and risk factors are mostly unclear. The majority of rhabdomyosarcoma occurrences are sporadic; nonetheless, the illness is linked to family disorders.

Rhabdomyosarcoma is the most prevalent soft tissue sarcoma in children and adolescents, accounting for 3% of all childhood tumors and 50% of pediatric soft tissue sarcomas, with a small male preponderance (M/F, 1.3:1). RMS occurs for around 1% of adult tumors. Although rhabdomyosarcoma can occur everywhere in the body, there are different patterns of age and type involvement.

Although the origin and specific risk factors for rhabdomyosarcoma are unknown, there is an increased risk of rhabdomyosarcoma as a result of in utero radiation exposure, faster in utero development, low socioeconomic position, and parents who use recreational drugs during pregnancy. RMS has been linked to a number of family disorders, including neurofibromatosis, Noonan syndrome, Li-Fraumeni syndrome, Beckwith-Wiedemann syndrome, and Costello syndrome.

The tumor is thought to develop from primitive muscle cells, but tumors can develop elsewhere in the body; nevertheless, no primary bone rhabdomyosarcoma has been observed. The most common places are the head and neck (28%) the extremities (24%), and the genitourinary (GU) tract (24%). (18 percent ). Other prominent places include the trunk (11%), orbit (7%), and retroperitoneum (7%).

Rhabdomyosarcoma spreads to other places in fewer than 3% of cases. Botryoid ERMS develops in mucosal cavities such as the bladder, vagina, nasopharynx, and middle ear. The histology of lesions in the extremities is most likely to be alveolar. The lungs, bone marrow, bones, lymph nodes, breasts, and brain are the most common sites for metastases.

Rhabdomyosarcoma, like most juvenile cancers, has no recognized etiology. The alveolar variation is named after the thin crisscrossing fibrous bands that emerge as gaps between the tumor's cellular sections.

The resultant hybrid molecule is an extremely effective transcription activator. It is thought to contribute to the malignant phenotype by inappropriately activating or suppressing other genes. The embryonal subtype often displays a decrease of heterozygozity at band 11p15.5, indicating the existence of a tumor suppressor gene.

Given the difficulties in detecting rhabdomyosarcoma, precise subtype categorization has been problematic. As a result, categorization systems differ depending on the institute and organization. However, in the 2020 WHO classification, rhabdomyosarcoma is divided into four histological subtypes: embryonal, alveolar, pleomorphic, and spindle cell/sclerosing.

ERMS (embryonal rhabdomyosarcoma) is the most prevalent histological type, accounting for 60–70% of pediatric cases. It is most frequent in children aged 0–4, with a maximum recorded incidence of four cases per million children. The morphology of ERMS is comparable to that of growing muscle cells in a 6–8 week old embryo, having spindle-shaped cells with a stromal-rich appearance. Tumors in the head and neck, as well as the genitourinary tract, are common.

Botryoid rhabdomyosarcoma very always occurs in mucosal-lined organs such as the vagina, bladder, and nasopharynx (although presentation in the nasopharynx typically affects older children). It frequently manifests as a spherical, grape-like tumor on the damaged organ in newborns younger than a year old. Botryoid variant cells are identified histologically by a thick tumor layer underneath an epithelium (cambium layer). This subtype has a favorable prognosis.

Botryoid rhabdomyosarcoma, which occurs in the cervix or uterus, can also occur in adult women.

The second most prevalent kind is alveolar rhabdomyosarcoma (ARMS). ARMS accounts for roughly 20–25 percent of RMS-related malignancies and is similarly distributed across all age ranges, with an incidence of approximately 1 case per 1 million persons aged 0 to 19. As a result, it is the most prevalent kind of RMS seen in young adults and teens, who are less susceptible to the embryonal version.

This kind of RMS is distinguished by densely packed, spherical cells arranged around gaps resembling pulmonary alveoli, while versions lacking these distinctive alveolar spacings have been observed. ARMS is more common in the extremities, trunk, and peritoneum. It is also more aggressive than ERMS in most cases.

Pleomorphic rhabdomyosarcoma, also known as anaplastic rhabdomyosarcoma, is distinguished by the presence of pleomorphic cells with large, lobate hyperchromatic nuclei and multipolar mitotic figures. These tumors are very heterogeneous and have exceedingly poor differentiation. Pleomorphic cells can be widespread or localized, with diffuse variation indicating a poor prognosis. It is more common in adults, seldom in children, and is frequently found in the extremities.

Because of the absence of obvious differentiation among tumours of this kind, doctors frequently describe undiscovered sarcomas with few to no identifiable characteristics as anaplastic RMS. It is the most severe form of RMS and frequently need intense therapy.

Spindle cell/sclerosing rhabdomyosarcoma is an added subtype listed in the 2020 WHO classification of soft tissue sarcomas.

This subtype is extremely similar to leiomyosarcoma (cancer of the smooth muscle tissue), with a fascicular, spindled, and leiomyomatous development pattern with significant rhabdomyoblastic differentiation. It most usually arises in the paratesticular area, and the prognosis for this kind of RMS is favorable, with a reported five-year survival rate of 95%. This subtype's sclerosing features hyaline sclerosis and pseudovascular development.

Multiple categorization systems have been developed to guide management and therapy, with the "International Classification of Rhabdomyosarcoma" or ICR being the most current and commonly used.

The IRSG established it in 1995, following the completion of four multi-institutional studies aimed at examining the presentation, histology, epidemiology, and management of RMS (IRSG I–IV). The ICR system is based on IRSG I–IV prognostic indications. Pleomorphic rhabdomyosarcoma is more common in adults than in youngsters, hence it is not included in this classification.

The signs and symptoms of rhabdomyosarcoma vary depending on a number of circumstances, including the region of origin, the patient's age, and the presence or absence of distant metastases. When the patient presents in the head and neck area, he or she may have a localized, painless, growing tumor. Bladder rhabdomyosarcoma can cause hematuria and urinary blockage. Rhabdomyosarcoma of the extremities often manifests as a painful lump with or without underlying skin erythema.

Typical presentations of nonmetastatic disease, by location, are as follows:

Metastatic disease may cause the following symptoms:

Disseminated rhabdomyoblasts in the bone marrow may mimic the symptoms and light microscopic findings of leukemia. 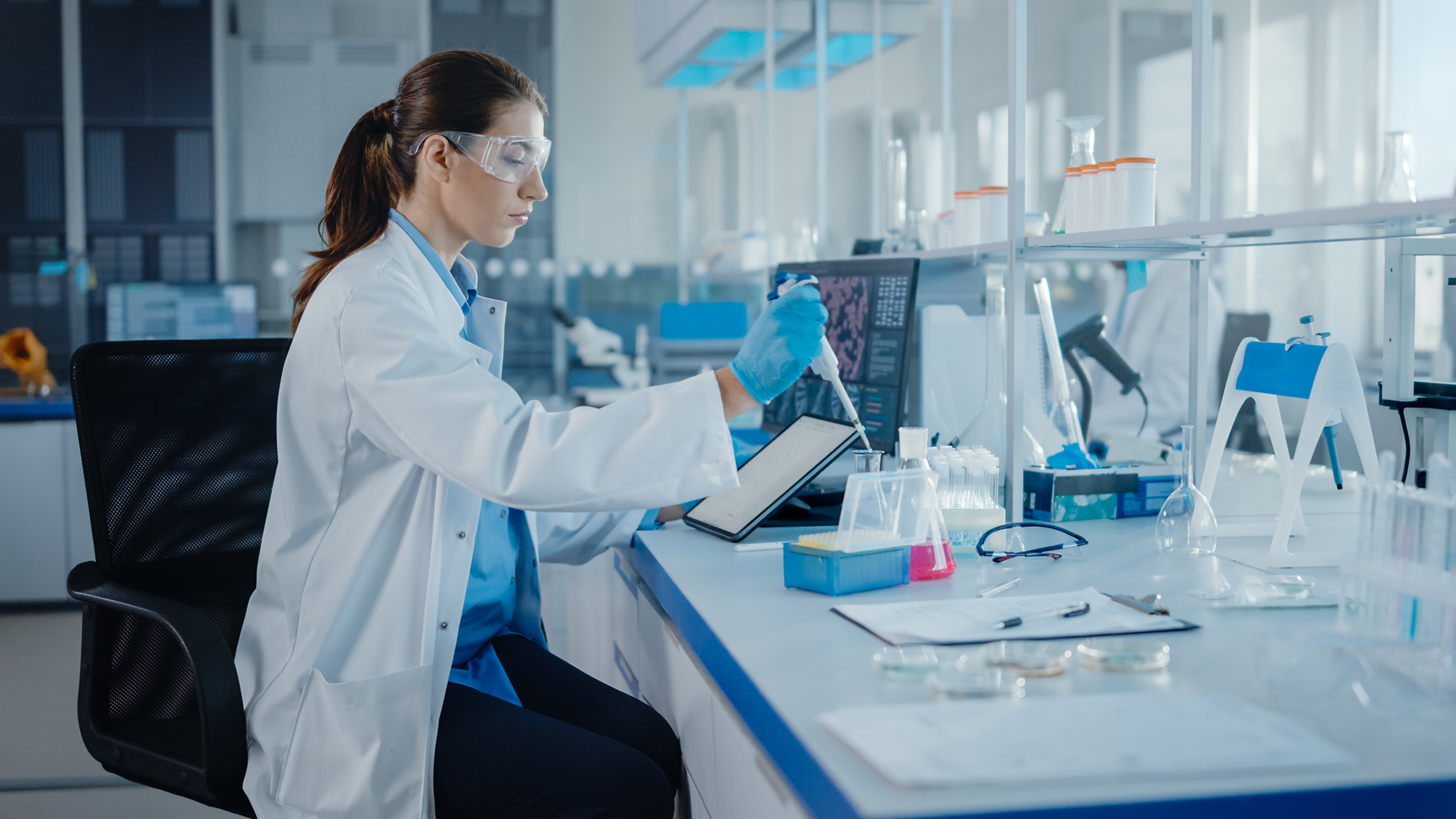 Liver and renal function, as well as blood electrolytes and chemistry, must be assessed before chemotherapy. 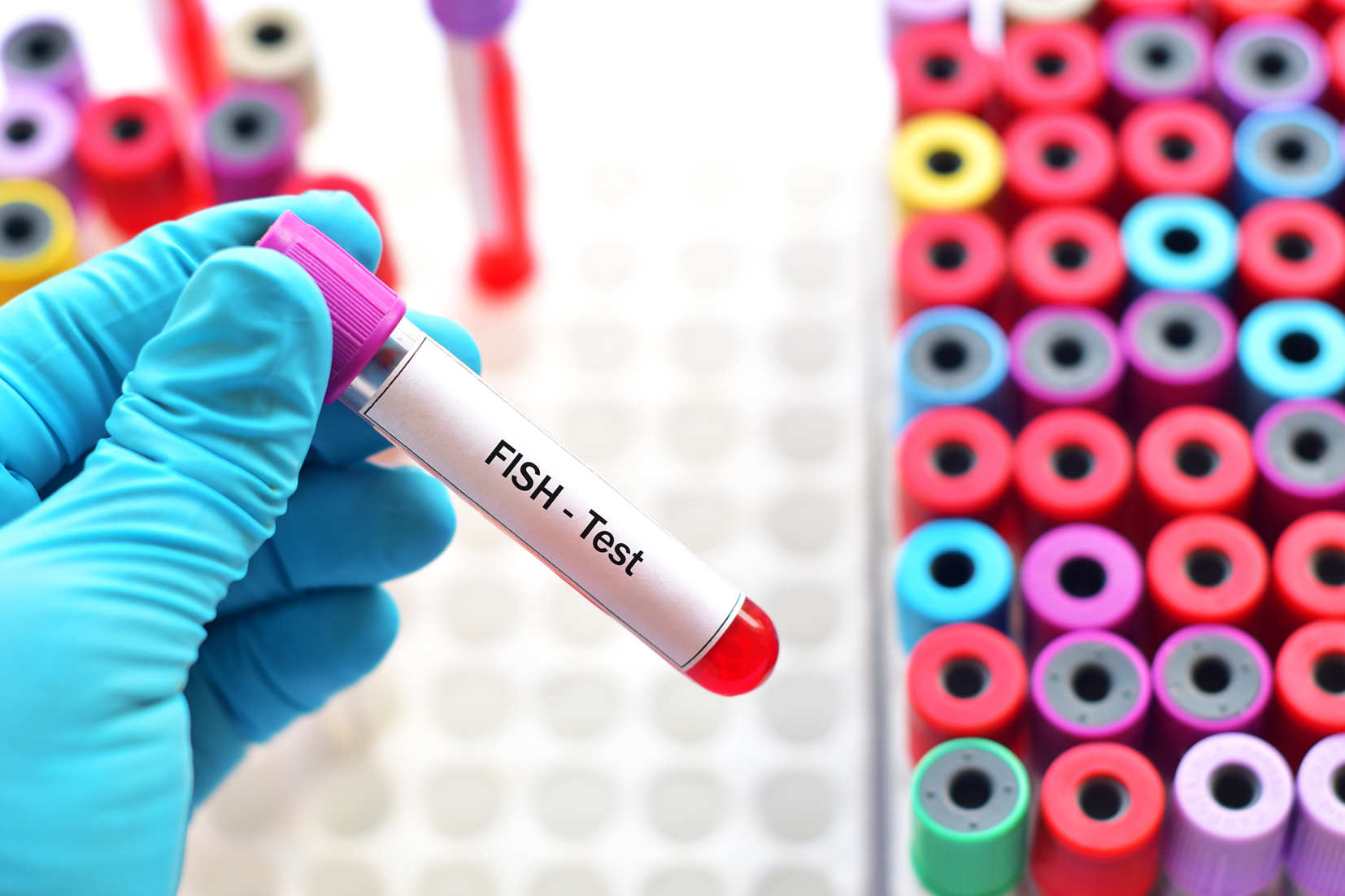 The primary goal of the first assessment of individuals with probable rhabdomyosarcoma should be to ascertain the anatomic borders of the tumor because this choice impacts tumor stage, risk stratification, and therapy. For individuals with probable rhabdomyosarcoma, the first workup should include a CT or MRI scan of the tumor, a CT scan of the abdomen and retroperitoneum, a CT scan of the chest, a bone scan, and a bilateral bone marrow aspirate and biopsy. Additional research can be conducted depending on potential sources of dissemination.

To make a diagnosis, a biopsy of the lesion is required. It is very advised that the biopsy be evaluated by an experienced pediatric pathologist. The clinical and genetic features of the two primary histologic subtypes, embryonal and alveolar rhabdomyosarcoma, reflect variations in biologic pathways. 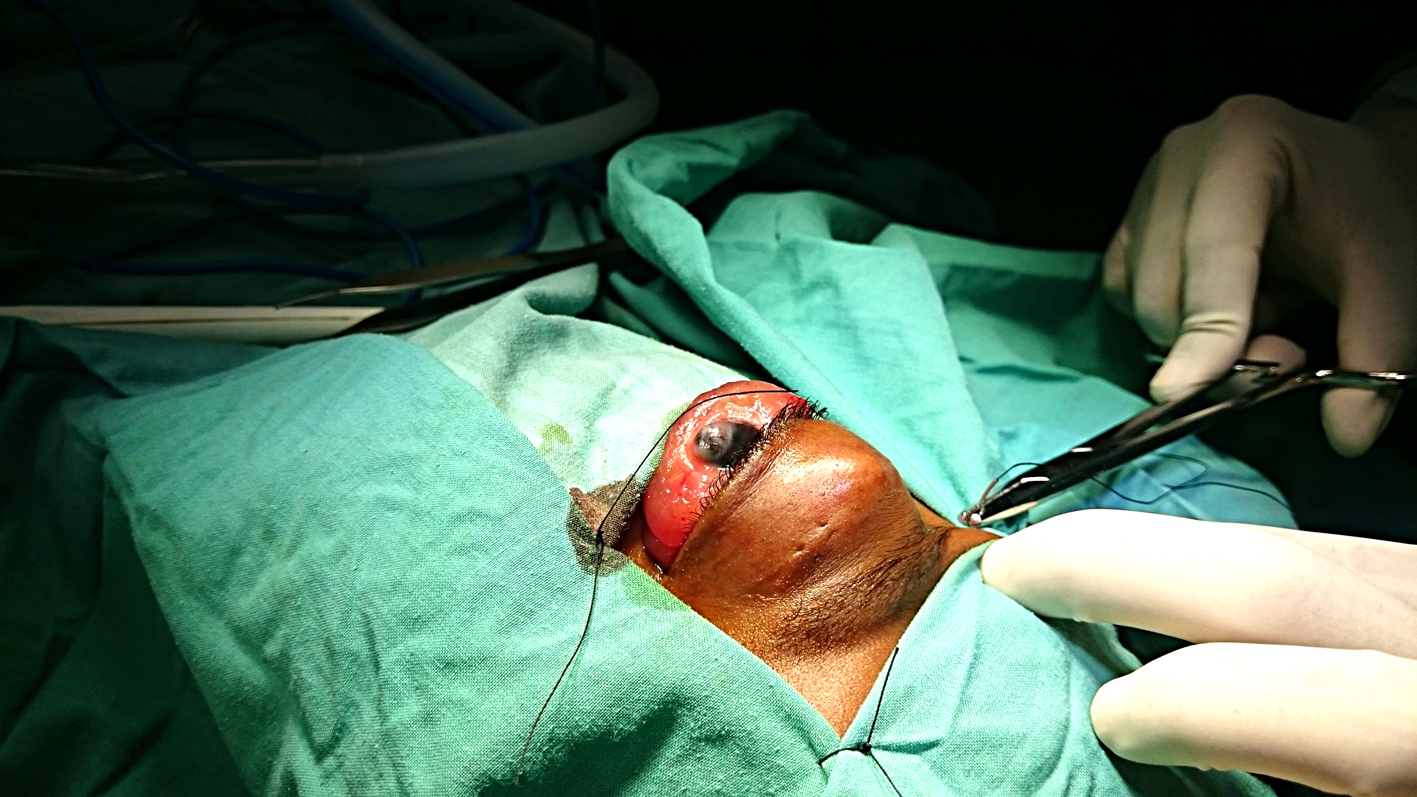 Rhabdomyosarcoma treatment is a multimodal approach that may include surgery, chemotherapy, radiation, and maybe immunotherapy. Surgery is usually the initial step in a multidisciplinary treatment plan. The resectability of a tumor varies based on its location, and RMS frequently occurs in locations that do not allow for complete surgical resection without severe morbidity and loss of function.

Less than 20% of RMS tumors are completely excised with negative margins. Rhabdomyosarcomas are very chemosensitive, with chemotherapy working in around 80% of patients.

In fact, multi-agent chemotherapy is recommended for all rhabdomyosarcoma patients. Prior to the introduction of adjuvant and neoadjuvant chemotherapeutic drugs, treatment purely by surgical techniques had a survival rate of 20%. With adjuvant treatment, modern survival rates are around 60–70%.

Local treatment is critical in the treatment of rhabdomyosarcoma; nevertheless, the benefits and drawbacks of radical surgery and/or radiation should be evaluated.

In certain circumstances, chemotherapy and radiation can produce partial differentiation in pediatric rhabdomyosarcoma. Multimodality therapy procedures have resulted in significant improvements in patient outcomes over the previous decade.

Two main chemotherapy regimens used in the treatment of rhabdomyosarcoma include:

Depending on the severity of the condition, these medications may be given in up to 15 cycles. Ionizing radiation (IR) treatment has been demonstrated to be an effective strategy in reducing disease recurrence rates and is frequently recommended in advanced stage categories. IR treatment is mostly used to supplement patient care, particularly when total resection is not possible. Finally, when new, evidence-based outcomes from clinical trials emerge, the management of patients with rhabdomyosarcoma is always evolving. 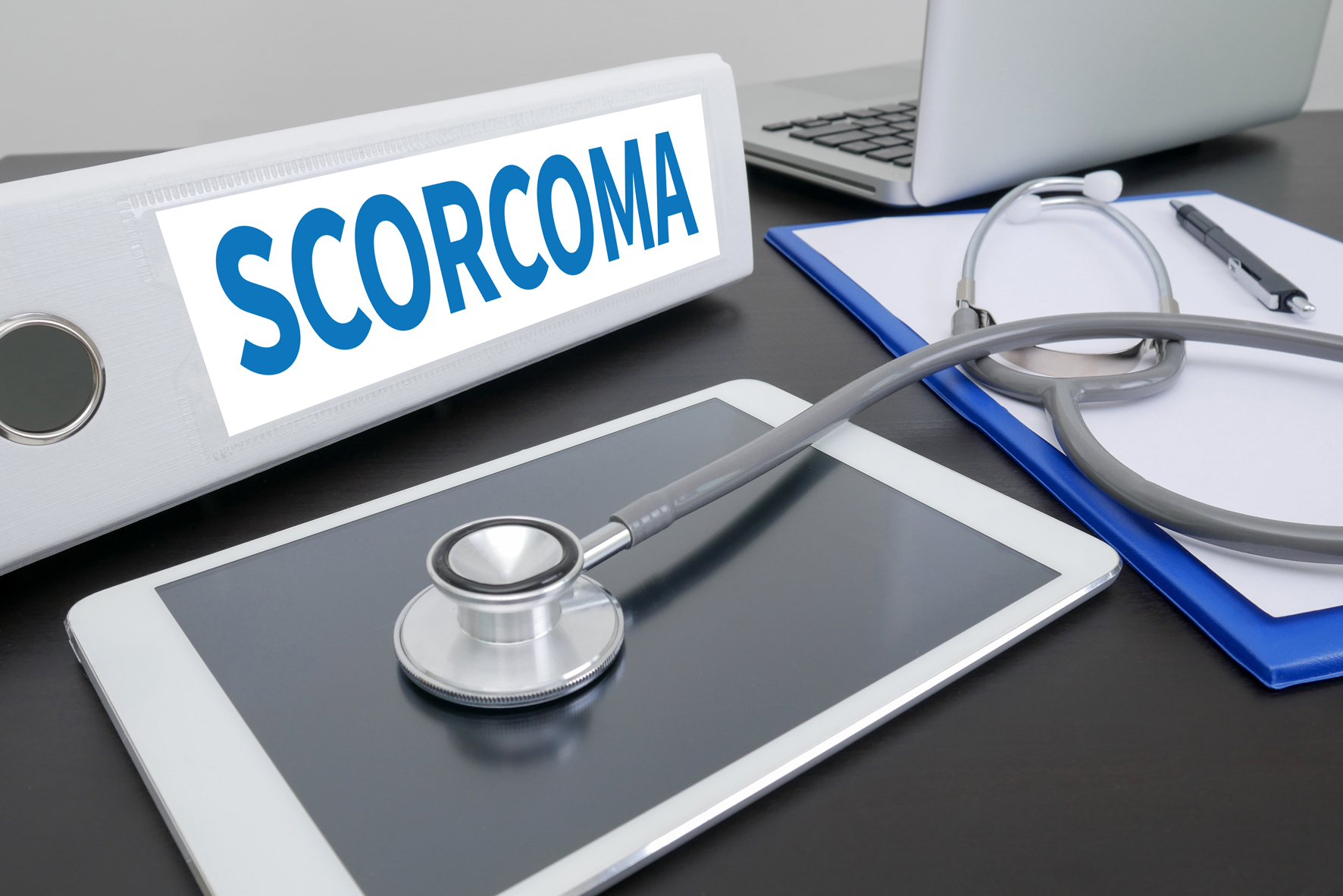 The rhabdomyosarcoma prognostic stratification categorizes patients as low, middle, or high risk based on the following staging methods. The clinical group, location, size, age, histology, metastases, and lymph node status are used to stratify the risk.

I: Confined to the Site of Origin

Any size primary tumor, with or without regional lymph node involvement, with distant metastases.

The biliary tract, orbit, head and neck (excluding parameningeal), and genitourinary (excluding prostate and bladder) are all good locations; all others are unfavorable. RMS surveillance measures, like other children malignancies, are still in the early phases of research, and preventative strategies remain unknown. In theory, identifying genetic disorders that predispose to RMS (and other malignancies) should serve as a foundation for focusing RMS surveillance techniques. Indeed, at least one study suggests that biochemical and imaging-based monitoring for children with Li-Fraumeni syndrome might be beneficial.

This study resulted in a consensus statement calling for cancer surveillance in children with germline p53 mutations, as well as an acknowledgement of the need for more research. Advances in next-generation sequencing, which allow for sensitive identification of circulating, cell-free tumor DNA, might theoretically lead to low-cost, minimally-invasive monitoring for RMS in at-risk populations. 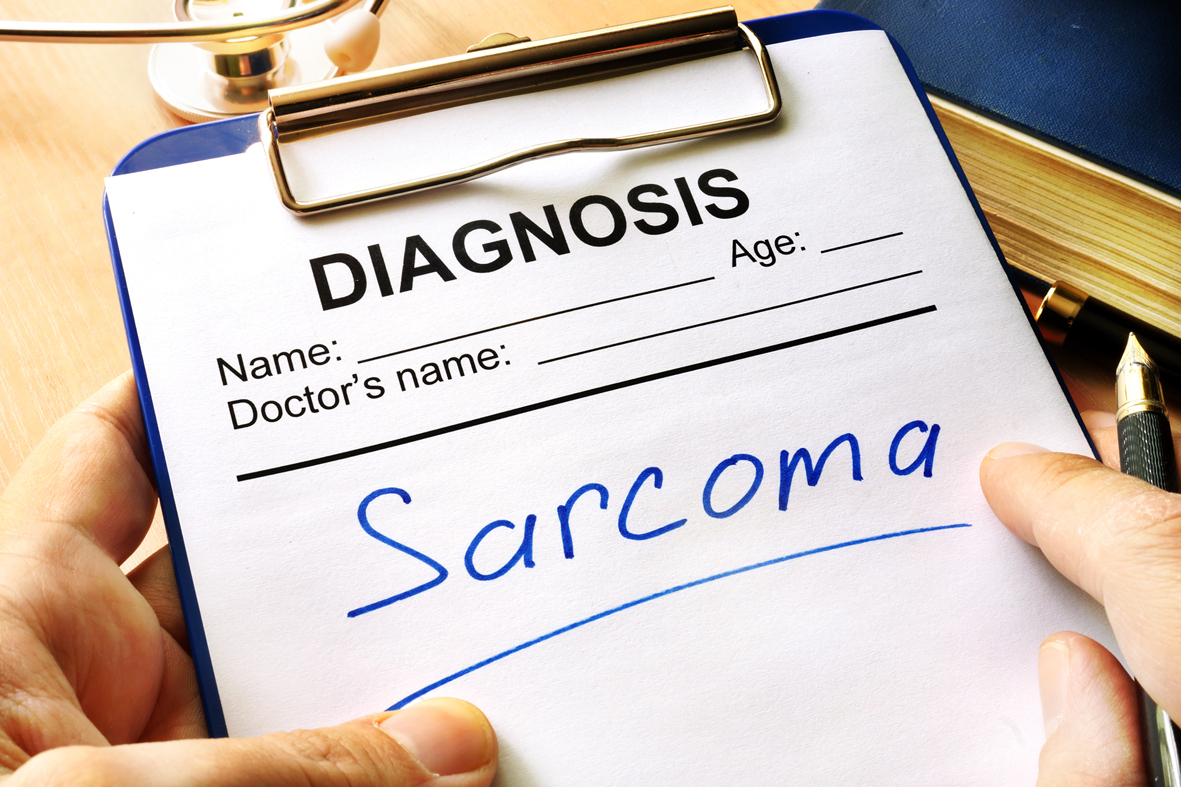 When a primary care clinician, nurse practitioner, or internist encounters a new patient with rhabdomyosarcoma, the patient should be sent to an oncologist. The treatment of these malignant tumors is complicated and necessitates the collaboration of a multidisciplinary team that comprises an oncologist, radiation therapist, radiologist, and surgeon. Rhabdomyosarcomas are less sensitive to chemotherapy and radiation; surgery is the only treatment, but recurrences are common. Patients must be educated on the various therapies and their benefits and drawbacks. Patients with rhabdomyosarcoma continue to have a low overall survival rate.