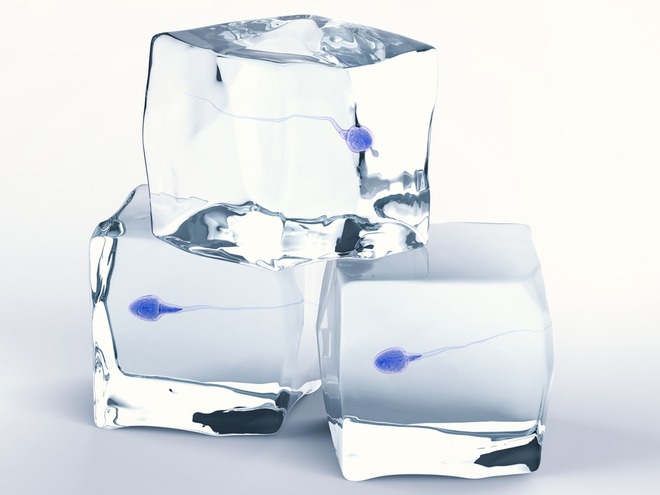 The freezing and preservation of sperm for future use. Semen samples are collected and examined under a microscope in the laboratory to count sperm cells and determine their health. The frozen sperm cells are then kept. Sperm cryopreservation is frequently used for men who desire to have children after undergoing therapy that may cause infertility, such as some cancer therapies. Sperm cryopreservation is a method of preserving fertility. Also referred to as sperm banking.

After in vitro fertilization (IVF) or intracytoplasmic sperm injection (ICSI) therapy, there are usually excellent quality embryos left over. Instead of throwing them away, freeze them for later use (for example, if therapy does not work or if you want to try for a sibling). 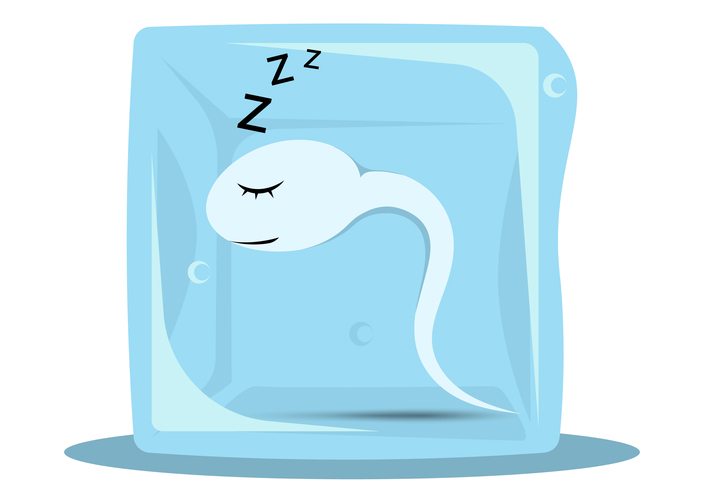 When Semen Cryopreservation is Indicated? 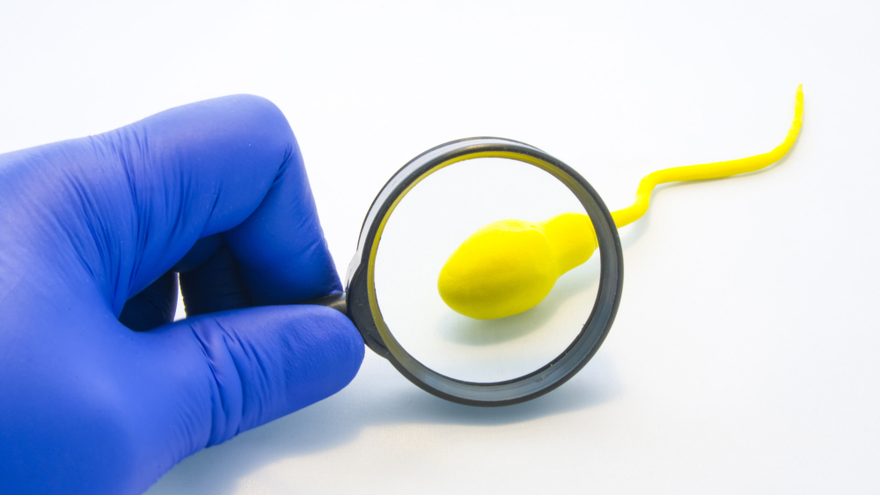 These therapies fertilize eggs with sperm, which can result in the development of extra embryos. If you wish to freeze extra embryos for later use, you can do so if you:

Embryo freezing is also used to protect fertility. A woman or person designated female at birth (DFAB) with cancer, for example, may choose to freeze fertilized eggs before commencing chemotherapy or radiation therapy if the treatment may interfere with their ability to conceive. A transgender man (transitioning to male) may also preserve eggs or embryos before taking medications for the transition or undergoing gender affirmation surgery.

What to Do Before Semen Cryopreservation? 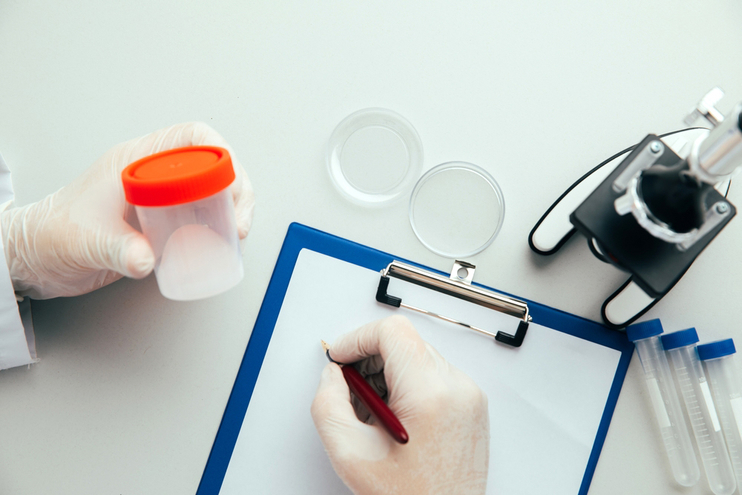 Before your embryos are frozen, you must offer informed consent by completing the necessary consent paperwork. These will help to clarify:

How Semen Quality is Determined? 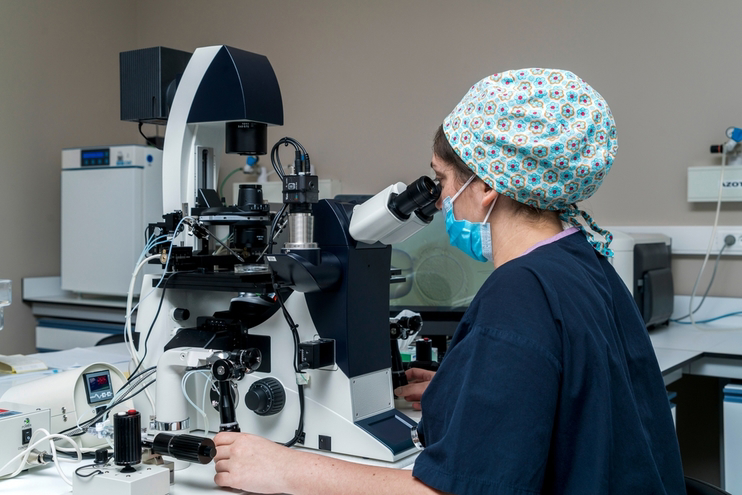 Embryo quality varies, higher quality embryos are more likely to implant in the womb and result in a pregnancy. If you have many embryos, your embryologist will use their expertise and abilities to choose the best quality embryos based on characteristics such as:

In rare situations, there may be no exceptional quality embryos, in which case the doctor and embryologist must assess if any of your embryos have a realistic chance of developing into a safe pregnancy.

If this occurs, you can consider donating the embryos for training reasons, allowing healthcare workers to learn about and practice the processes involved in fertility therapy. For further information, please contact your clinic.

How Semen Cryopreservation is Performed? 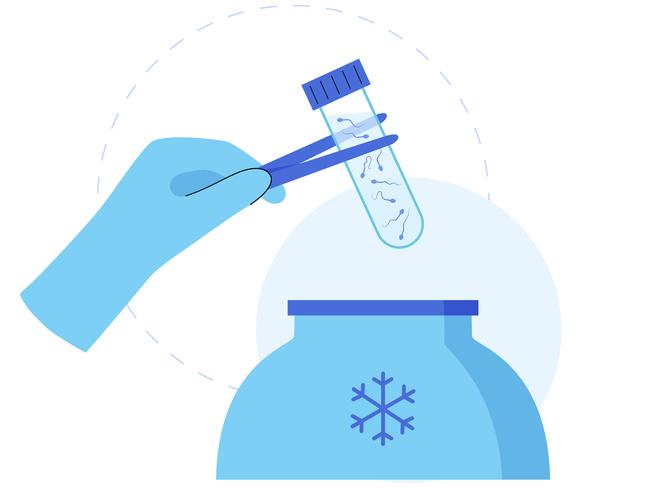 Blood tests will be performed on sperm donors initially, particularly to screen for HIV, hepatitis B & C.

It is suggested that a man stop having an ejaculation for two to five days before to delivering a sample for the best results. The count might be low if he ejaculated too lately. Many of his sperm may be immotile if his previous ejaculation was too long ago.

The sperm in a single ejaculation can range from 40 million to 600 million, depending on the amount of the ejaculate and the time since the last ejaculation. Patients may choose to bank sperm from a single ejaculation (a single collection can yield one to six vials of sperm), but supplying multiple samples is strongly advised.

After collecting sperm samples in a sterile container, lab workers evaluate the samples for volume, viscosity, and pH levels. The sperm are also examined under a microscope to detect motility, sperm count, morphology, and other relevant aspects.

To prevent sperm damage induced by freezing, cryoprotectant is given to the sperm. Cryoprotectants are low-molecular-weight, highly permeable compounds used to protect sperm against ice crystallization damage.

There are two methods of cryopreservation:

Thawing sperm is an equally crucial phase as freezing, the cell must be allowed to restore normal biological activity while avoiding rapid heat changes. The thawing temperature used in cryopreservation methods is typically 37 degrees Celsius. Even while greater thawing temperatures allow for faster heating, they are not employed due to the risk of cell damage.

Once the sperm cells have thawed, they are washed in culture media and centrifuged to remove them from the cryopreservation liquid.

This quality test is a critical step in sperm freezing and sperm storage. The post-thaw analysis involves freezing and then thawing a small portion of your sample, simulating the thawing conditions your sperm will experience in the future when it’s ready to be used. From there, we re-analyze sperm quality parameters to see if the sperm in your sample is viable after thawing.

According to research, it is normal to expect parameters like sperm motility to decrease a bit after being frozen and thawed. A recent study demonstrated that, on average, around 80% of sperm will survive the thaw.

This minor decrease has no significant impact on pregnancy rates. Data reveals that around 10 million sperm are generally required for effective intrauterine insemination. Normal, healthy sperm quality characteristics result in at least 40 million sperm each ejaculate.

A post-thaw analysis provides you with an accurate estimate of the number and quality of sperm you may have after thawing, which is useful information for the healthcare practitioner who will be dealing with the sample in the future. 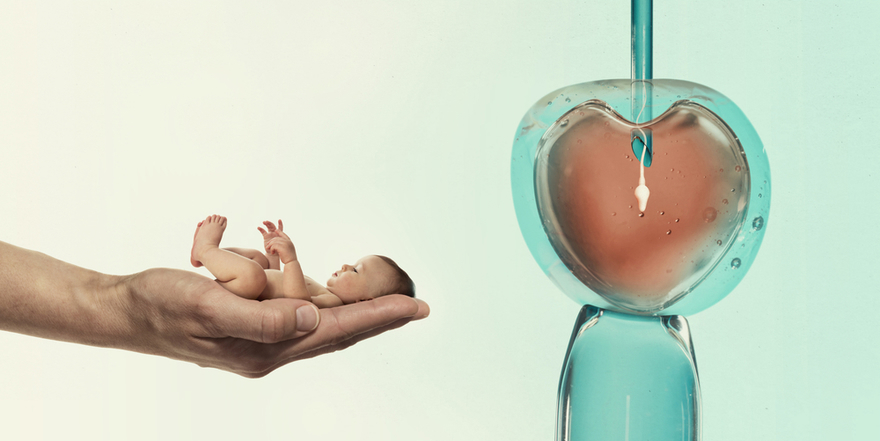 Frozen sperm can be used in a variety of ways, including intrauterine insemination (IUI), in vitro fertilization, and IVF with intracytoplasmic sperm injection.

IUI involves inserting frozen and prepared sperm straight into the uterus, bypassing the vagina and cervix. The surgery takes place during ovulation, which is generally timed using ovulation medicine.

According to a 2022 research, pregnancy rates utilizing frozen sperm in IUI were comparable to pregnancy rates using "fresh" sperm. If your total motile sperm count (TMSC) is greater than 8 million, IUI may be a possibility following sperm freezing.

IVF is a procedure in which eggs are surgically extracted from a patient's ovaries and fertilized in a laboratory with sperm. If a patient's post-thaw motility is sufficiently high, they will be able to do IVF without ICSI.

According to research, the chances of conception with frozen-thawed sperm are no less than with fresh sperm.

ICSI is an IVF procedure that involves inserting a single sperm directly into an egg. It is especially effective in situations of male-factor infertility where sperm motility is poor. Multiple studies have shown that utilizing frozen sperm in IVF with ICSI is equal to using fresh sperm. 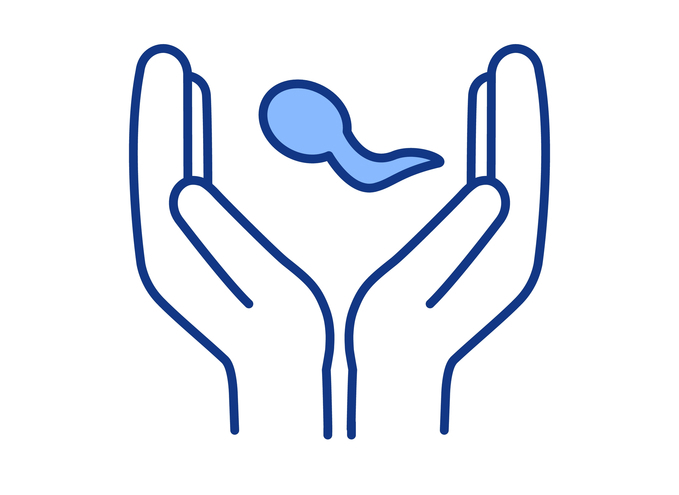 The cost of freezing sperm varies. There is frequently a one-time fee for sperm collection and examination, followed by continuous storage fees for freezing. Storage prices might range from $100 to $500 each year, but it's vital to discuss the charges with your insurance provider and physician.

Can I Freeze my Sperm at Home? 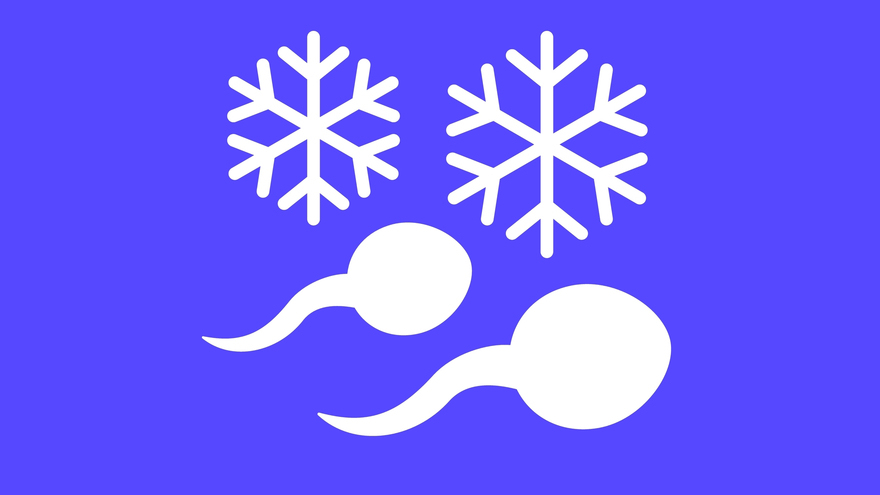 It may be able to collect sperm at home before freezing it. There are firms that will mail you a kit for collecting and storing sperm. You collect the sample at home, then send the kit to the lab overnight for storage.

How Can I be Sure My Semen Sample isn’t Contaminated With Another Sample or Mislabeled? 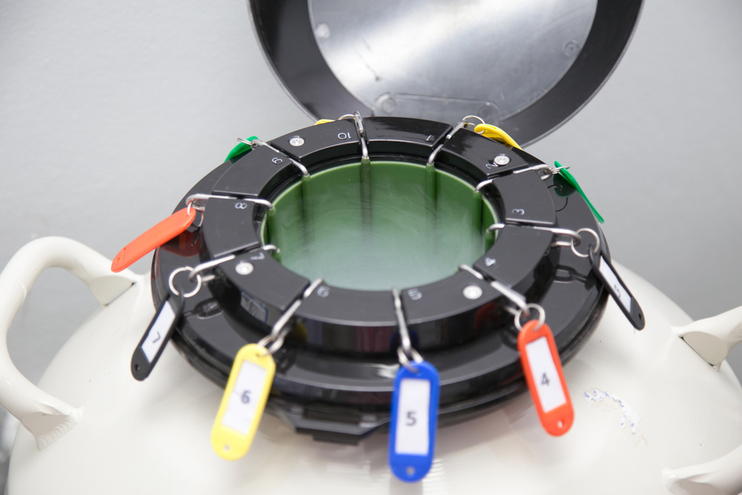 The container in which we take your sample is labeled with your name. The doctor will also ask you to read the label on the container and ensure that it contains your name before depositing sperm and validated by the patient prior to collection. They treat your sample with great caution whenever we get it. All items used throughout the procedure are tagged with your name, the date, and a visit number that is unique to you and your sample.

Each sample is processed on its own workstation, apart from the rest of the facility. The doctor utilizes only sterile (clean) techniques and solutions to prepare your sample for cryopreservation. Certified andrology professionals will ensure that your sperm samples are handled correctly. 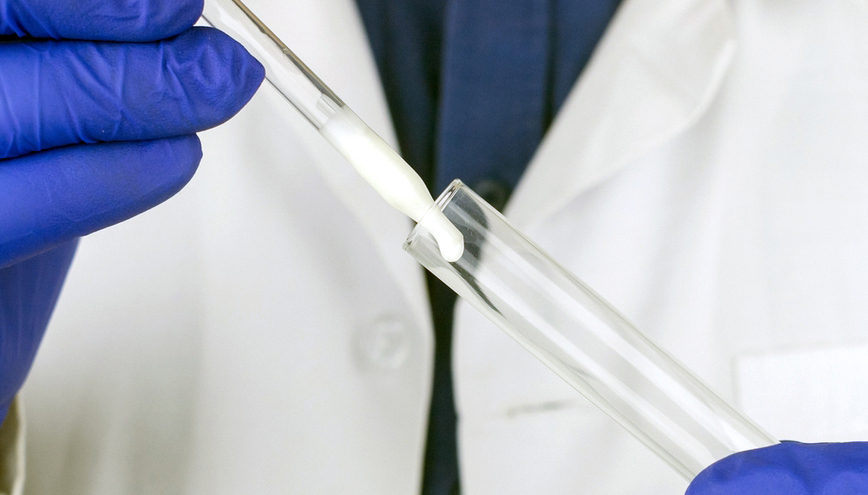 The International Journal of Reproductive Biomedicine released a study that looked at the results of over 1,000 cases of embryo transfer utilizing either fresh or frozen embryos.

The researchers revealed no statistical difference between the types of embryos in terms of pregnancy rates or fetal health. The researchers stated that in the future, patients may use frozen embryos instead of fresh embryos for further transfers.

Other study suggests that transferring frozen embryos may be more successful.

According to the findings of a 2014 study, frozen embryo transfer may increase the likelihood of pregnancy and result in better outcomes for both the mother and the baby.

How Much Sperm Should I Freeze? 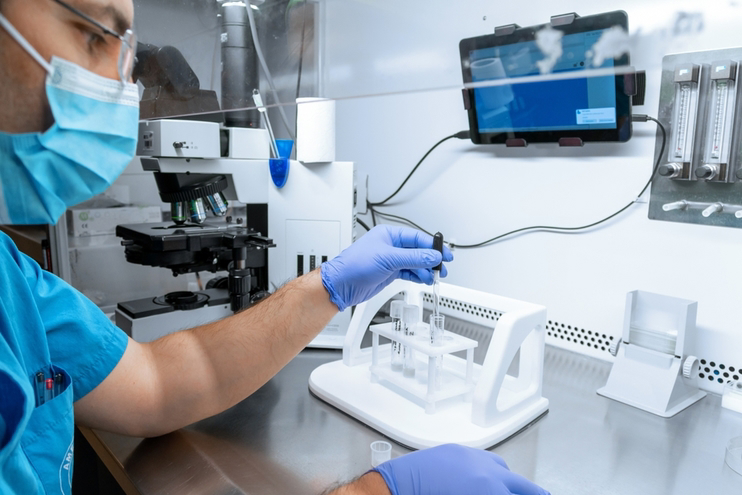 The amount of sperm you should freeze is determined by your family planning objectives, sperm count, and sperm quality after thawing.

Each sperm sample normally provides four vials. One vial of sperm represents one attempt at intrauterine insemination (IUI), which has a 10-20% success rate. When using IUI, it is suggested that you freeze 3-5 vials for each pregnancy you wish to achieve.

You don't need to freeze as many sperms samples if you want to use them for IVF using intracytoplasmic sperm injection (ICSI), a procedure that involves injecting one sperm into the egg to fertilize it before transferring it into the uterus. Because there are generally hundreds of thousands (or millions) of sperm in one vial, a single vial of sperm may be utilized practically indefinitely in ICSI.

If you want to have a big family in the future, you will most likely want to save more samples than someone who only wants to have one child. If your sperm count or quality is lower than expected following an analysis, you may be advised to save additional samples.

Because sperms quality might vary, we encourage making repeated "deposits." In an ideal world, you would freeze many samples and use your best sample whenever possible in the future. 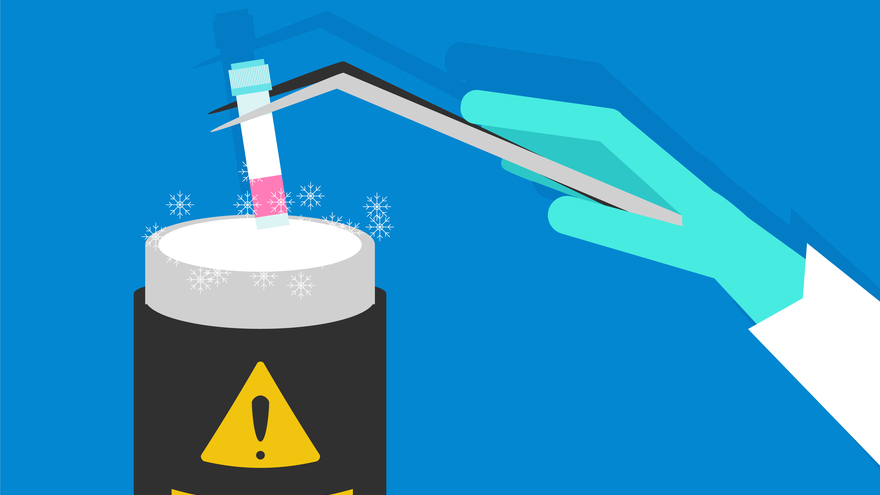 Since 1953, sperm freezing has been used effectively to help people create healthy infants. The procedure is safe, standardized, and improving as technology progresses.

The main issue with sperm freezing is that not all of the sperm survives the freezing and thawing procedure. However, because most sperm ejaculations include a sufficient quantity of healthy sperm, the odds of getting enough healthy sperm for fertility treatments is relatively high. The ability of the remaining sperm cells to fertilize an embryo is not jeopardized by freezing or thawing.

Cryopreservation is considered to have no time limit, and stored sperm as old as 20 years have been used to create healthy babies. 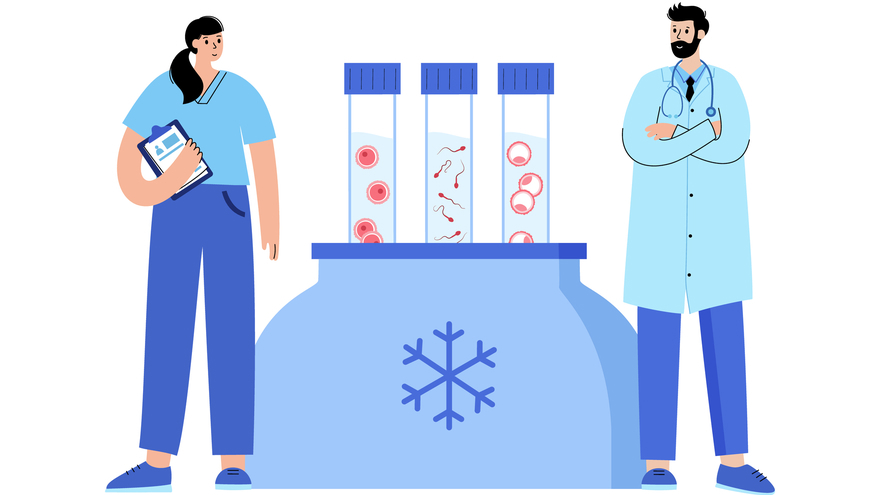 Similarly to how women may store their eggs, males have had the same choice since 1953, when the first successful sperm freezing occurred (30 years before a successful embryo freezing).

Sperm freezing, also known as sperm cryopreservation, is the act of freezing one or more sperm samples in liquid nitrogen for later usage when healthy sperm may be more difficult to get. Essentially, sperm freezing protects your ability to become a biological parent, regardless of age, disease, injury, medical treatment, or life path.

These therapies combine sperm and eggs to fertilize them, which can result in the development of extra embryos. If you wish to freeze extra embryos for later use, you can do so if you:

Routine infection screening, providing a sperm sample or having sperm extracted & analysis of sperm quantity and quality in a laboratory are all parts of the cryopreservation procedure (HIV, hepatitis and rapid plasma reagin test for syphilis).