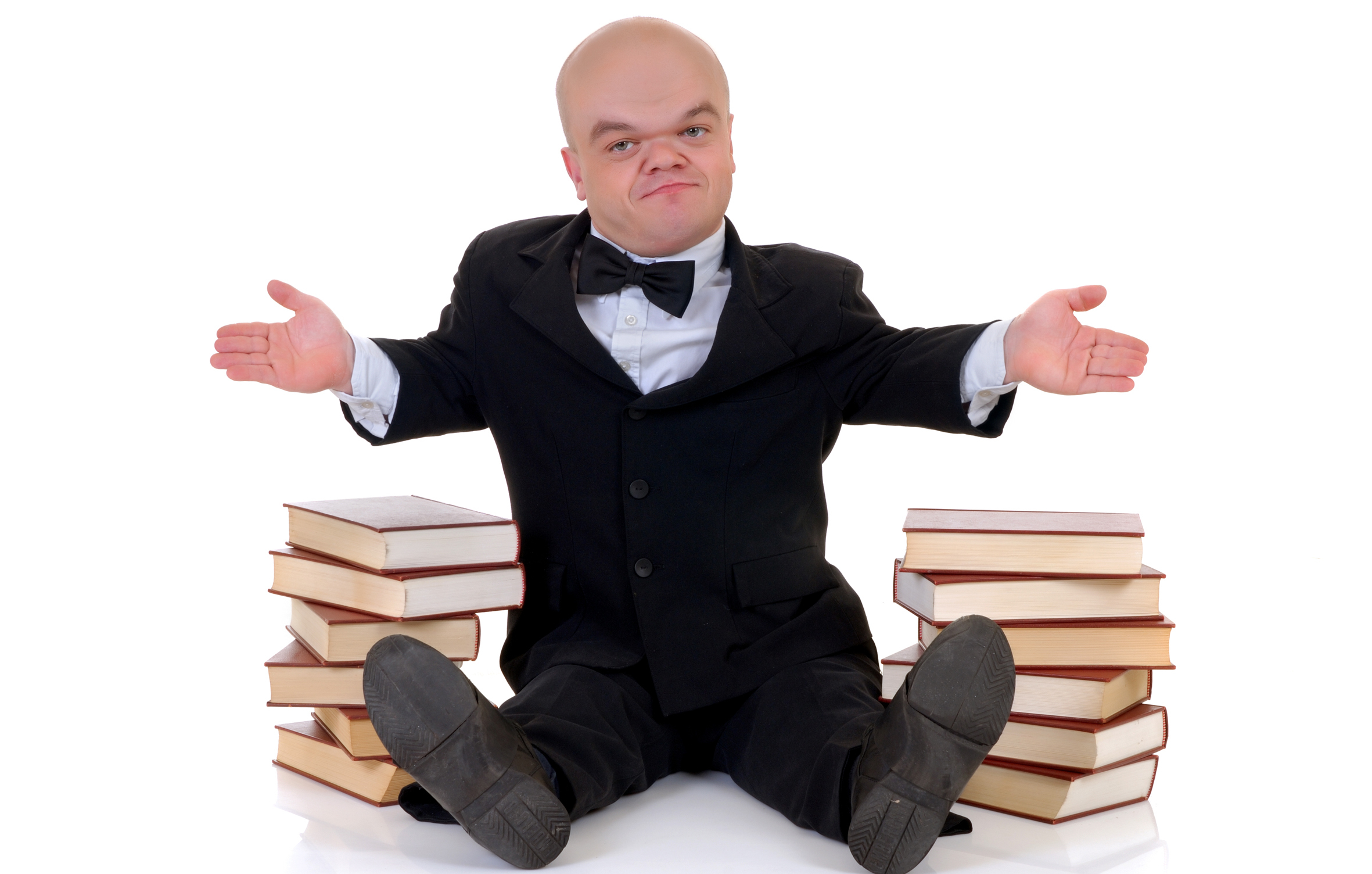 Skeletal dysplasias are a collection of over 450 heritable bone abnormalities. They frequently show with disproportion, radiographic abnormalities, and, on rare occasions, other organ system abnormalities throughout the newborn period. It is critical to get a specific diagnosis to aid in management, family recurrence, and identifying those illnesses that are highly related with mortality in order to provide better therapeutic care.

Long-term management of these illnesses is dependent on an awareness of the associated skeletal system anomalies, and these children benefit most from a team approach to health care surveillance.

What is skeletal dysplasia? 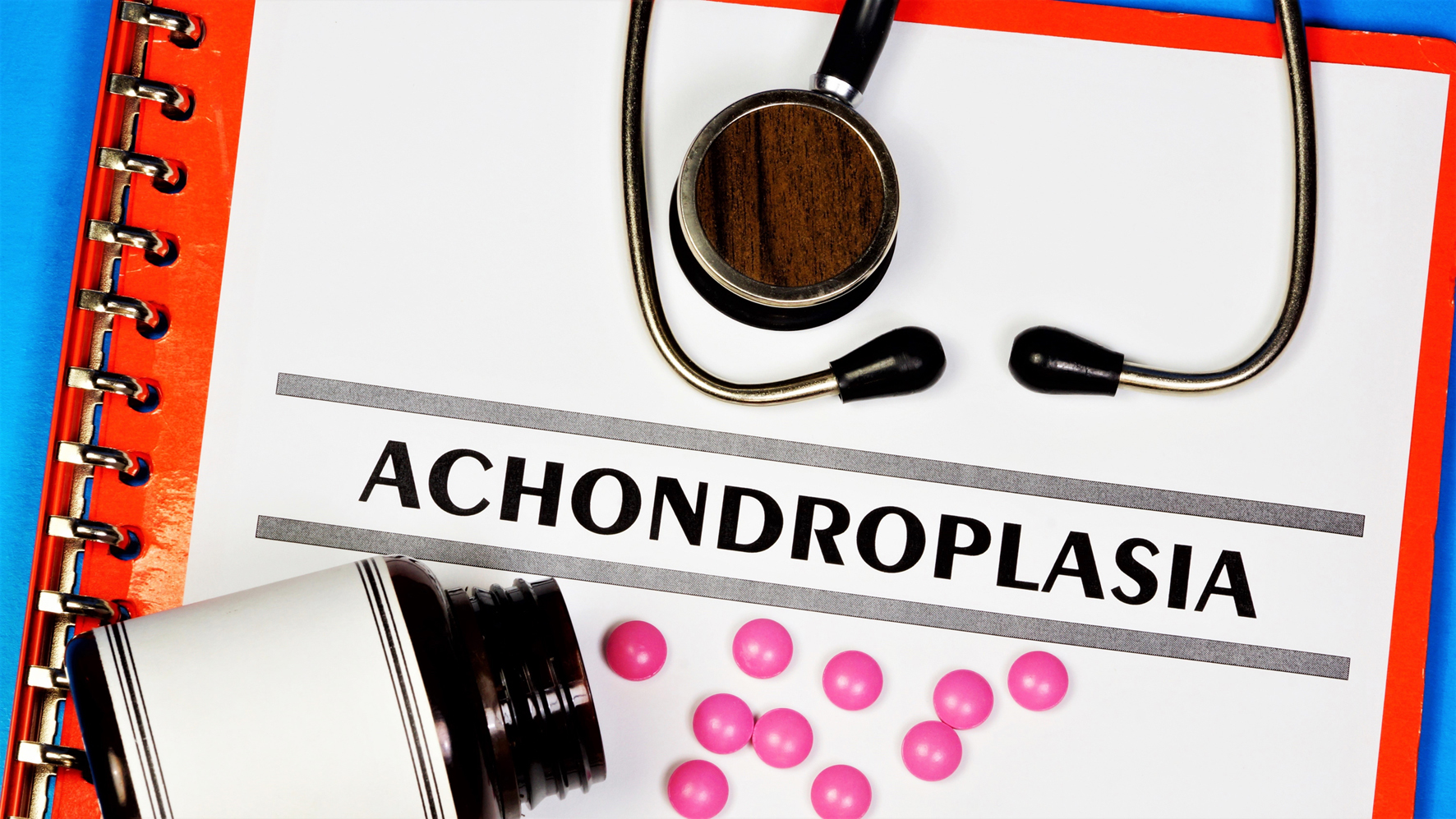 Skeletal dysplasias, also known as osteochondrodysplasias, are a category of heritable illnesses defined by anomalies in cartilage and bone formation, resulting in aberrant skeleton shape and size, as well as disproportion of the long bones, spine, and skull. Natural histories, prognoses, inheritance patterns, and etiopathogenetic processes differ.

Skeletal dysplasias, characterized by short stature (height three or more standard deviations below the mean height for age), can be accompanied by involvement of other systems, including the neurologic, respiratory, and cardiac systems.

The molecular foundation for the vast majority of these illnesses is now understood. Achondroplasia, osteogenesis imperfecta, thanatophoric dysplasia, campomelic dysplasia, and hypochondroplasia are all common skeletal dysplasias. 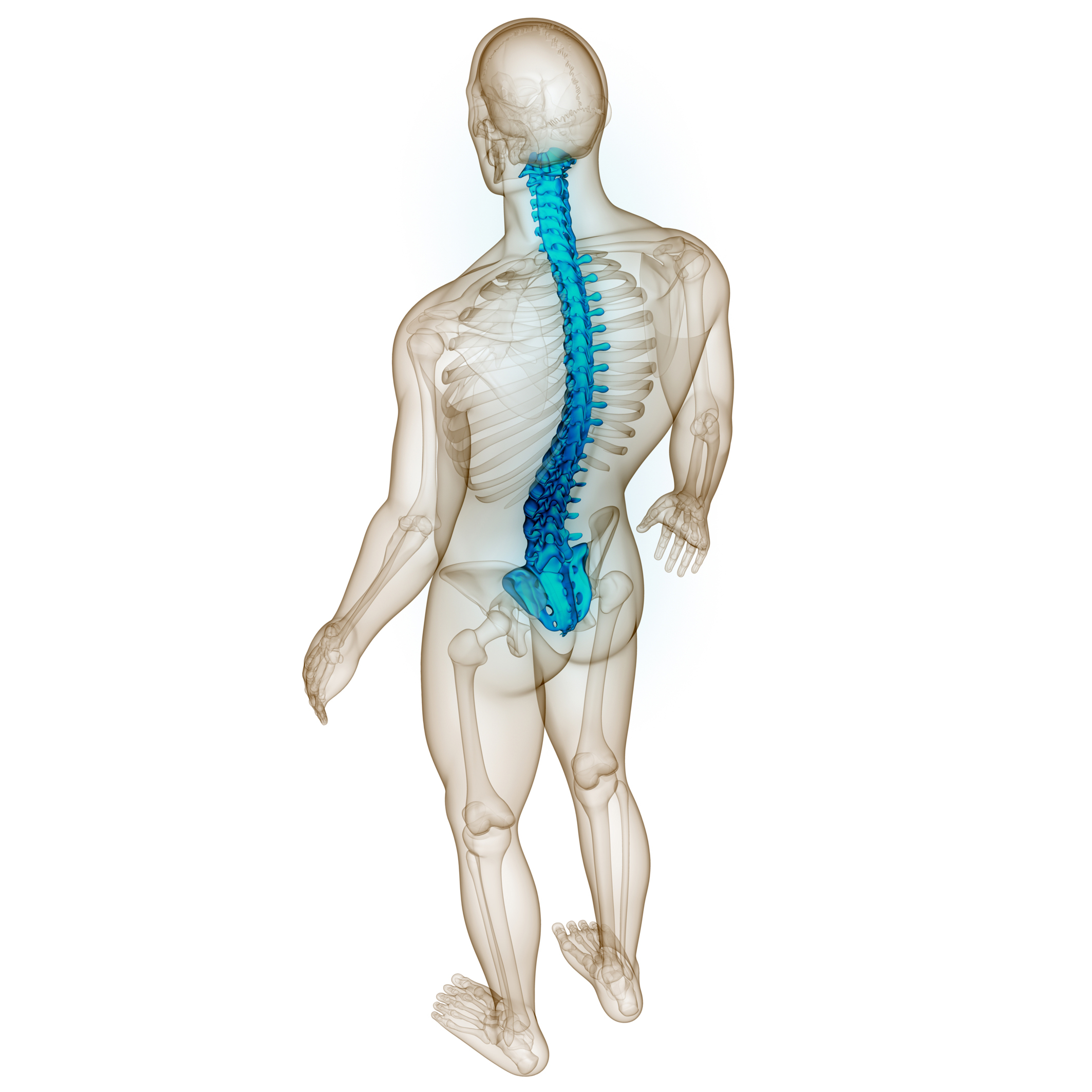 Membraneous ossification is the process through which condensing mesenchymal cells transform nearly directly into bone cells. The skull, lateral clavicle, and pubis bones are formed through mesenchymal ossification. Postnatal growth continues through the cartilage growth plate, where resting chondrocytes proliferate, hypertrophy, and finally apoptose to become the building framework of bone. Skeleton formation is governed by a number of biological pathways (genes), and disruptions to these intricately coordinated processes can result in skeletal dysplasias.

Until skeletal maturity, cartilage remains at the ends of bone in the growth plate, which is in charge of longitudinal bone formation. Bone finally replaces the cartilaginous template. Many of the genes that are altered in skeletal dysplasias encode proteins that are essential in the growth plate.

A brief overview of the most common skeletal dysplasias is included below.

A G380R mutation in the FGFR3 transmembrane region is the genetic mechanism underlying achondroplasia. It is a gain-of-function mutation that is present in 99 percent of affected people. Inheritance is autosomal dominant, with de novo mutations accounting for 80% of instances.

Major characteristics of achondroplasia include the following:

Major complications include the following:

Osteogenesis imperfecta (OI), a heterogeneous collection of heritable connective tissue abnormalities, is another prevalent skeletal dysplasia, with an incidence of 1:15,000-1:20,000 newborns.

Mutations in the type 1 collagen genes COLA1 and COLA2 are the molecular pathways underlying OI types I-IV. Types V-XII are the rarer varieties.

Inheritance in OI is as follows:

Major characteristics of the most common forms of OI are as follows.

OI type I - mild form with diagnosis in early childhood

This is characterized by the following:

The condition is characterized as follows:

This form is characterized as follows:

Characteristics include the following: 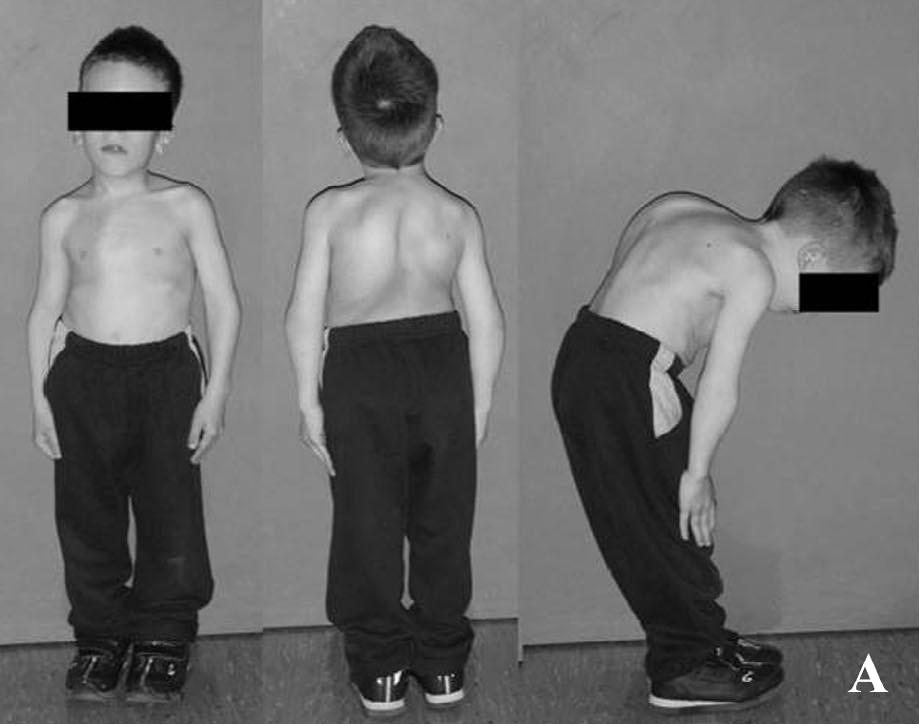 Newborns with established skeletal abnormalities present with disproportion throughout the newborn phase. There are several common symptoms depending on the skeletal disease, such as relative macrocephaly, a narrow chest appearance relative to the abdomen, rhizomelia (short upper portion extremity), mesomelia (short mid-portion extremity), and usually brachydactyly (short hands, including phalanges).

Many of the deadly skeletal abnormalities, achondroplasia, campomelic dysplasia, chondrodysplasia punctate (all types), type II collagen disorders, Larsen syndrome, and the mucopolysaccharidoses, are associated with a flat nasal bridge, frontal bossing, and midface hypoplasia (most forms).

Type II collagen diseases, acrofacial dysostoses, Robinow syndrome, and many of the deadly skeletal dysplasias are among the conditions associated with micrognathia. The Robin-Pierre Robin sequence (small mandible and posterior cleft palate) is connected with these conditions and must be considered.

Because of the mandibular anomaly and the safety of the airway, few of these babies are delivered using EXIT techniques, but some of these children require post-delivery intubation and recurrent tracheostomies until final surgery for jaw retraction or time, awaiting facial growth. If the infant has the Pierre-Robin sequence, the cleft palate repair should be postponed to the craniofacial surgery team or plastic surgeons.

Skeletal dysplasia symptoms in the arms and legs

Skeletal dysplasia symptoms in the spine and torso

Skeletal dysplasia can cause problems in the development of the spine, neck, and chest. Complications may include:

Skeletal dysplasia symptoms in other parts of the body

Skeletal dysplasia can interfere with the healthy development of other areas of the body. These symptoms can include:

Skeletal dysplasias necessitate a multidisciplinary approach that includes radiologic and genetic testing. This method is necessary for correct diagnosis and the selection of the appropriate treatment alternatives, as well as accurate counseling on results and the risk of recurrence.

The most helpful method of investigating the dysplastic skeleton is still conventional radiography evaluation. The skull, chest , spine and lateral views, including a specialized lateral view of the cervical spine), pelvis , tubular bone, and/or hands and feet should all be included in the skeletal survey

These include the following: 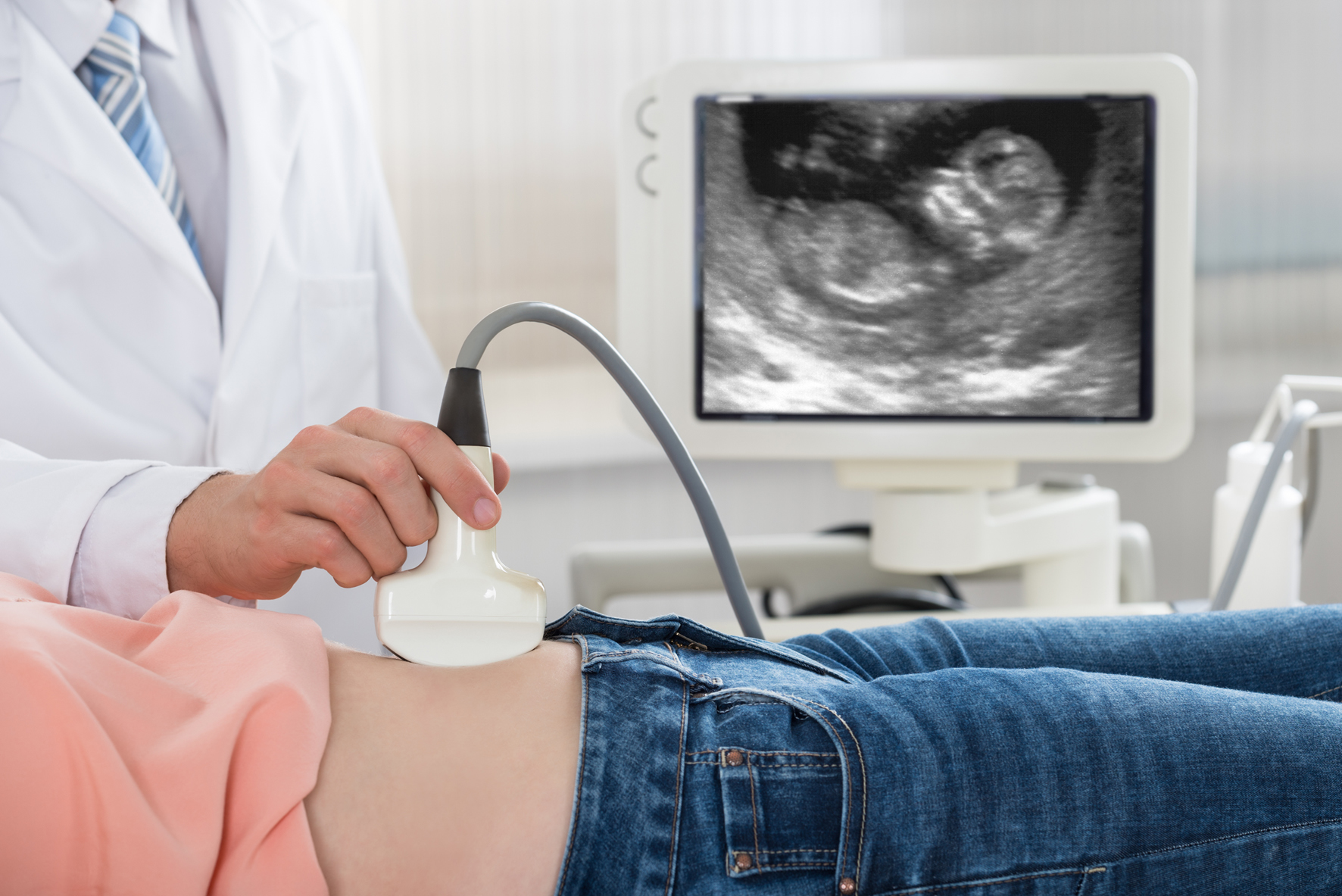 Rapid developments in both imaging modalities and the aforementioned molecular diagnostics have increased our ability to detect osteochondrodysplasias during pregnancy. In families where one parent has an autosomal dominant condition, molecular diagnostics by invasive procedures or ultrasound imaging can help determine if the unborn will be similarly afflicted.

The same strategy described above can be used for at-risk families with a previously afflicted kid with an autosomal recessive condition. However, afflicted newborns with skeletal dysplasias are frequently the first children in their families to be impacted.

Many pregnant women are offered a variety of noninvasive tests to identify whether or not their babies are at risk for genetic diseases. These molecular screening panels are for autosomal recessive and X-linked illnesses, including skeletal dysplasias like diastrophic dysplasia; however, many genes and mutations that might cause skeletal dysplasias are currently not included in these panels.

If one parent tests positive for a disorder, the other parent is usually tested as well, establishing a baseline risk for a problem. First trimester ultrasound analysis, which is often used to detect aneuploidy, is also useful in detecting severe, generally fatal skeletal dysplasias such as osteogenesis imperfecta, thanatophoric dysplasia, and short-rib polydactyly syndromes, to name a few.

If a newborn with a skeletal disease shows aberrant ultrasound results in the first trimester, such as a short crown-rump length for gestational age and increased nuchal fold thickness, the fetus has a severe, perhaps deadly skeletal dysplasia.

Many prenatal skeletal dysplasias are discovered in the late second trimester, when many pregnant women are checked for congenital defects by ultrasonography. Early detection (with and without a clear diagnosis) allows for preparation before to birth.

This covers a discussion of aggressive resuscitation, correct consultant assembly, cord blood collection for molecular diagnosis, and a smoother transition for the fetus from the prenatal to newborn era. This is especially critical if the newborn is expected to have a serious but non-fatal bone condition. 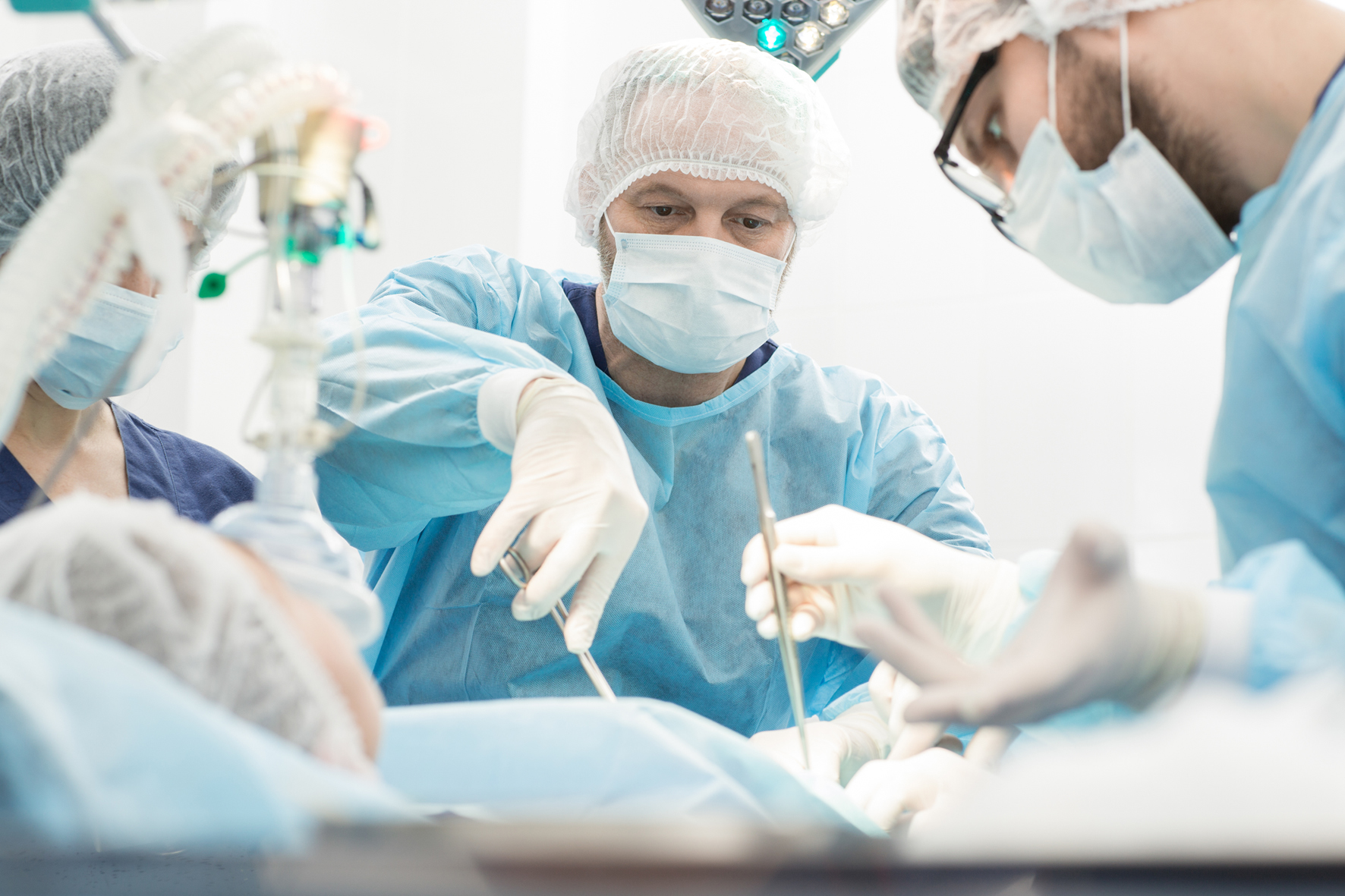 Surgical intervention depends on the signs and symptoms of skeletal dysplasia as follows:

Skeletal dysplasia is a term used to describe a group of uncommon genetic illnesses that damage bones and joints and impair children's growth and development. The condition results in unusually formed bones, particularly in the skull, spine, and long bones of the arms and legs. Skeletal dysplasia causes limbs that are excessively short in comparison to the rest of the body in children.

Your child's treatment team may include specialists from our Maternal Fetal Care Center, Division of Genetics and Genomics, Orthopedic Center, Department of Neurosurgery, Division of Endocrinology, and Social Work, depending on when skeletal dysplasia is discovered and its severity. Our doctors from throughout the hospital work together on uncommon and challenging cases on a regular basis to ensure that our patients receive quality treatment that is tailored to their unique requirements.