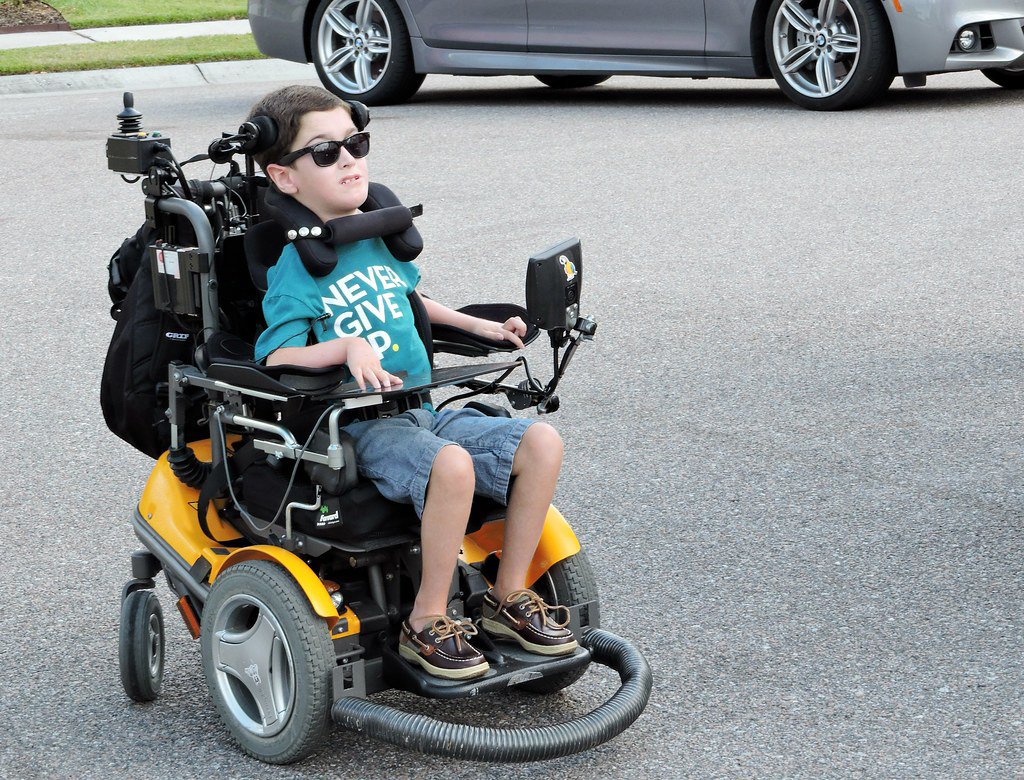 The spinal muscular atrophies (SMAs) are an autosomal-recessive category of illnesses characterized by increasing weakening of the lower motor neurons.

Werdnig and Hoffman documented a condition of increasing muscle weakening beginning in infancy that led in early mortality, albeit the age of death was varied, in the early 1890s. The condition was defined pathologically by the loss of anterior horn cells. Following pathologic examinations revealed a loss of anterior horn cells in the spinal cord and cranial nerve nuclei, confirming the key function of lower motor neuron degeneration. 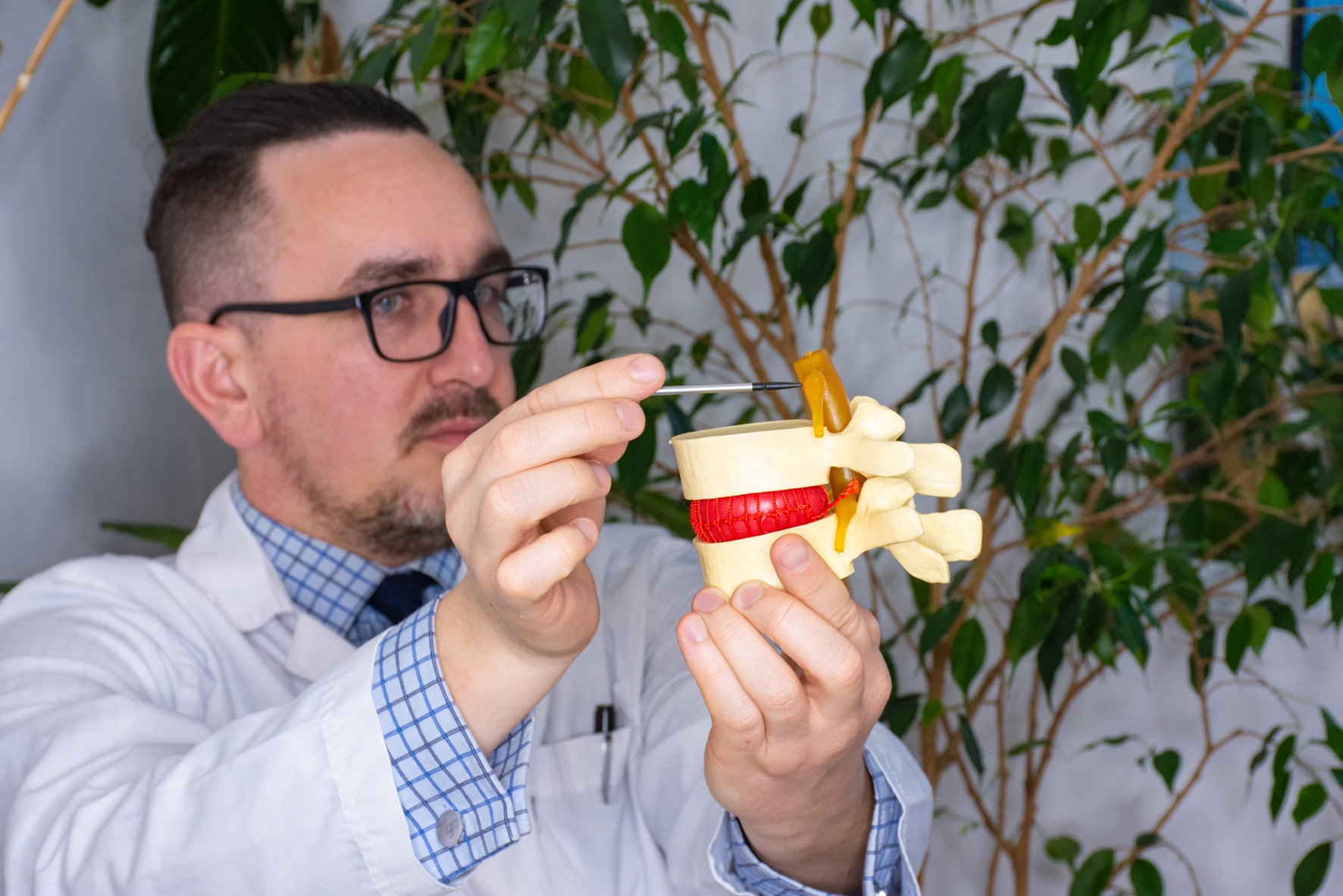 Spinal muscular atrophy (SMA) refers to a group of hereditary clinical diseases that include degeneration of anterior horn cells in the spinal cord, as well as the death of alpha motor cells, and is characterized clinically by proximal muscle weakness and atrophy. Homozygous deletion at 5q13 (the coding area for the survival motor neuron (SMN1) gene) causes 95 percent of SMA cases and is the second most prevalent cause of autosomal recessive hereditary linked mortality after cystic fibrosis, with an estimated frequency of 1 in 6000 to 11000.

The emphasis of this article will be homozygous deletion at 5q13, often known as classical proximal SMA, with differentials and other causes of SMA covered below. SMA manifests itself in a variety of ways, ranging from death within weeks after birth to modest proximal weakness developing in maturity. Early onset is often associated with worse function and prognosis: SMA subtypes are classified based on age of onset, clinical severity, and life expectancy.

Extrapolating from carrier frequency in the general population, one would predict a greater incidence of SMA live births; one possibility is that fetuses with 0 copies of SMN1+SMN2 fail to develop, as shown in other species with this genotype. 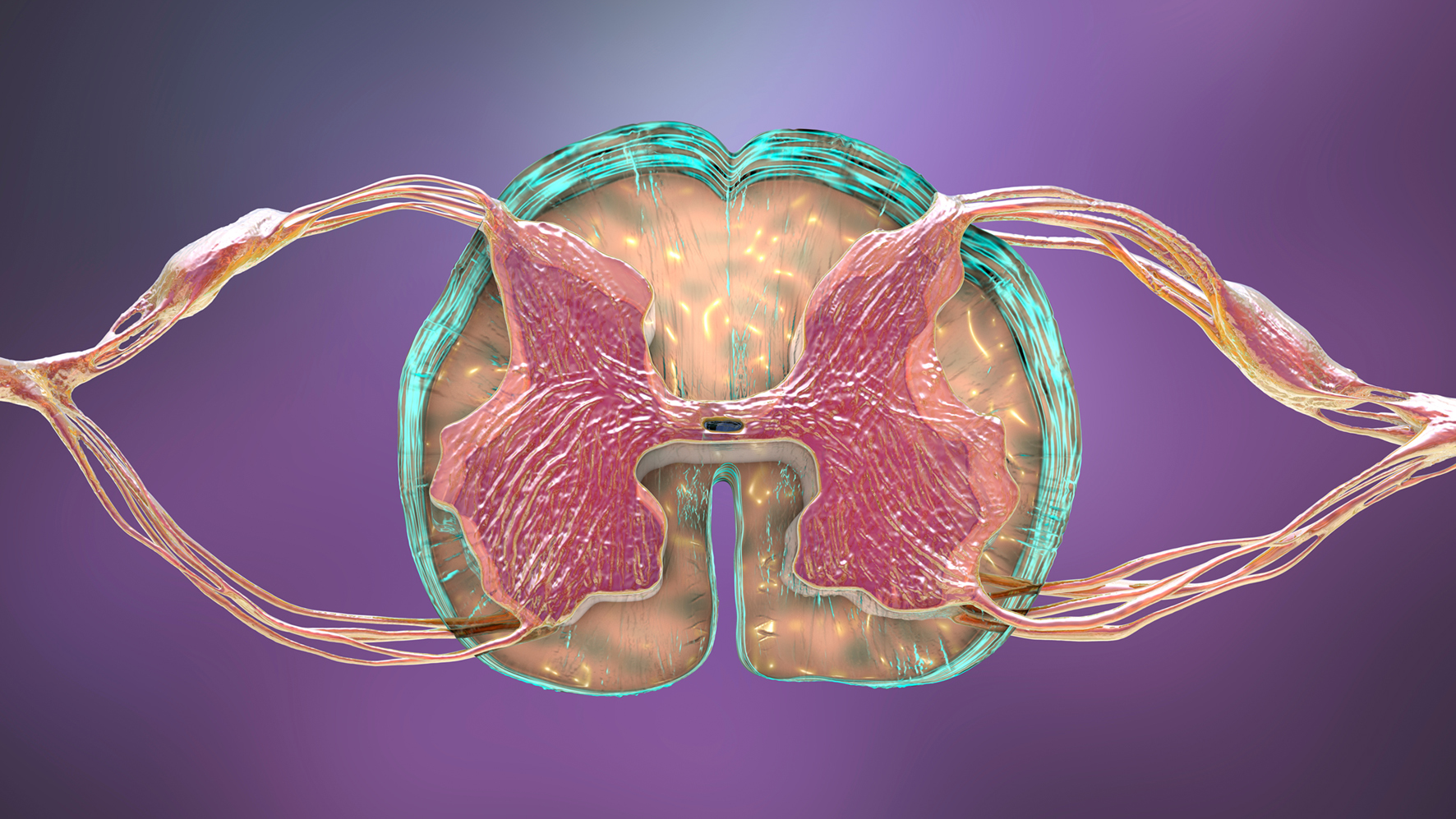 The specific role of the SMN protein in neuronal function and development is unknown, and its subsequent removal producing such profound impairments has escaped clear pathophysiological explanations thus far. The SMN protein is present in all eukaryotic cells and has been proven to serve an important function in all cells' homeostatic cellular processes.

The cytoplasmic SMN protein has been shown to have an important role in mRNA transport across axons, actin dynamics, and vesicle release at the synapse. SMN protein creates small nuclear RNAs (snRNA) in the nucleus and hence plays an important part in the creation of the spliceosome, which eliminates introns in pre-mRNA to create functional mRNA.

This argument attributes the harm to motor neurons to either neuronal sensitivity to spliceosome failure directly or indirectly through improperly spliced mRNA producing dysfunctional proteins critical to neuronal function. Recent advances in our understanding of the SMN protein's ubiquitous presence and multiple functions in all eukaryotic cells have led to the conclusion that SMA is not solely a motor neuron disorder, with congenital heart disease associations and sensory nerve pathology observed in type 1 SMA patients. 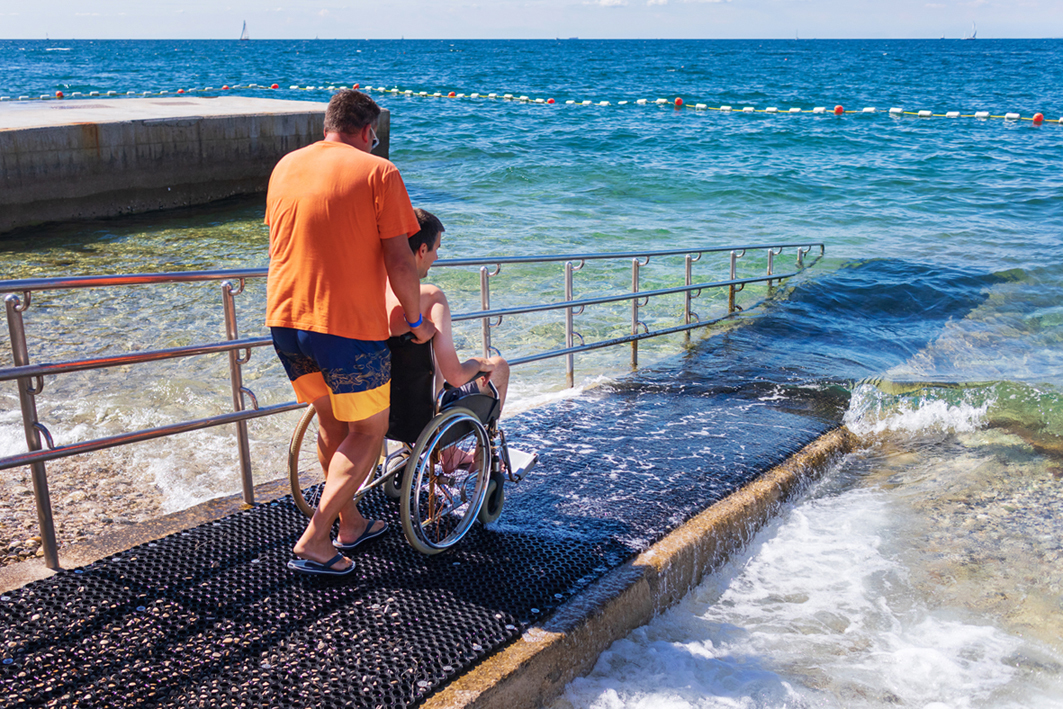 SMA's natural history and examination results are influenced by phenotypic diversity and are clinically divided into SMA'types.' Notably, cognition is unaffected in all SMA varieties, and patients are reported to have ordinary to above-average intellect. The four primary kinds of SMA are described below:

If a practitioner suspects SMA based on a comprehensive history and clinical exam, genetic testing is typically enough to confirm the diagnosis. The polymerase chain reaction (PCR) can aid in the detection of homozygous exon 7 deletions in the SMN1 gene. This test has a sensitivity of 95% and a specificity of almost 100%.

Around 5% of people with SMA are heterogeneous, with one genotype having an exon 7 deletion in SMN1 and another having an unusual point mutation. SMN2 detection is frequently conducted concurrently to provide an additional prognostic signal, with greater SMN2 copies linked with less severe phenotypes.

Given the availability of causal therapies that are most successful in the asymptomatic stage of the illness, routine newborn screening for SMA is becoming more widespread in affluent nations. SMA newborn screening was added to the US list of recommended newborn screening tests in 2018, and it has been implemented in 39 US states as of April 2020.

SMA newborn screening has been introduced in Taiwan as of May 2021, and it is now being implemented in Australia, Belgium, Canada, France, Germany, the Netherlands, Poland, Serbia, and Slovenia. Pilot experiments are also being carried out in Australia, China, Italy, and Japan.

Those who are at risk of being carriers of the SMN1 deletion, and consequently of producing kids afflicted by SMA, can have a blood or saliva sample tested for carrier status. The American College of Obstetricians and Gynecologists recommends that anybody considering pregnancy be tested to discover whether they are a carrier. SMA carrier frequency is comparable to other illnesses such as thalassemia and has been shown to be 1 in 38 in a north Indian cohort.

Genetic testing, however, will not be able to identify all individuals at risk because approximately 2% of cases are caused by de novo mutations and 5% of normal populations have two copies of SMN1 on the same chromosome, making it possible to be a carrier by having one chromosome with two copies and a second chromosome with zero copies. A standard genetic test will not detect the carrier status in this case, resulting in a false negative result.

There have historically been no disease-modifying medications for SMA, and therapy has been mostly supportive, with early engagement of pediatric palliative care experts, particularly for types 0, I, and II. Novel medicines that have recently been developed offer great promise in addressing the exceedingly poor morbidity and mortality associated with SMA I and II.

Restrictive lung disease, which occurs in types 0, I, and II, causes respiratory failure and, eventually, death. Non-invasive ventilation, most commonly in the form of BiPAP (bilevel positive airway pressure), has been utilized to improve quality of life and life expectancy. Patients who require this type of assistance will also have a weak cough and a higher risk of respiratory compromise due to mucus clogging, aspiration, recurring infections, and consequent hypoxemia.

Chest physiotherapists are essential for cough evaluations, mucus clearance, and tracking of forced vital capacity in children over the age of five. When non-invasive breathing is no longer sufficient, unpleasant talks about tracheostomy and permanent invasive ventilation should take place in a multidisciplinary environment, with palliative care professionals included early on.

Patients are more likely to fatigue quickly and have swallowing issues as a result of related muscular weakness, which can lead to failure to thrive and have a negative compounding impact on muscle weakness. Constipation, delayed stomach emptying, and reflux are some of the other gastrointestinal symptoms. Early consideration of laparoscopic gastrostomy and Nissen fundoplication for individuals with type I SMA can improve nutritional status and minimize the frequency of aspiration. Patients with type II require close monitoring of their nutritional status because, while they may appear to be in the normal range on a growth chart for their age, they are more likely to have increased adiposity; thus, the involvement of nutritionists is critical in ensuring optimal nutritional management.

Orthopedic issues such as scoliosis, hip subluxation, and fracture susceptibility affect patients. These issues have a greater impact on Type I and II people, whereas Type III people are impacted in varying degrees. Involvement in physiotherapy is vital in improving and sustaining function, and mobility through stretching exercises and passive joint movement helps to minimize joint contractures. Similarly, the presence of an orthotic specialist is critical when using frames, orthotics, and wheelchairs to improve quality of life and mobility. Scoliosis requires orthopedic surgical surveillance, with periodic consideration for spinal fusion and bracing.

There have traditionally been no disease-modifying medications, and care has been centered on optimizing the many clinical symptoms of SMA. There are currently numerous potential innovative medications that have proved to extend life span and minimize morbidity as a result of developments in understanding the underlying pathophysiology and discoveries in genetic therapies.

A phase III clinical research evaluating Nusinersen's efficacy in SMA type I patients (with 2 SMN2 copies) revealed that 51% of patients achieved motor milestones compared to 0% in the placebo group. Motor improvements occurred in type II and III patients as well. Nusinersen has been approved for usage in the United States, Europe, Japan, and Australia, among other places. One vial costs $118,000, while the first year of therapy costs $708,000.

This one-time intravenous injection gene treatment takes advantage of the features of adeno-associated virus serotype 9 to transport the SMN1 gene into cells, allowing the body to create functional SMN protein. A phase I/II trial of the onasemnogene abeparvovec's safety and effectiveness in 15 individuals with SMA I found that all patients were alive after 20 months, compared to an expected 8% in previous cohorts.

This medicine is taken orally and acts by changing SMN2 splicing and so raising functional SMN protein levels. Numerous phase II/III trials have demonstrated success in improving motor function in people with type II and III diabetes. Clinical trials are still underway, and license applications are being reviewed in the United States, Europe, and the United Kingdom.

If SMA is clinically suspected but genetic testing fails to identify pathological biallelic versions/absence of SMN1, there are a slew of extremely rare conditions with varying etiologies (usually secondary to a genetic disorder) that can present similarly to SMA but often with distinguishing features not seen in SMA. These are also known as non-5q13-associated SMAs.

A detailed history, physical, and tests such as CK, EMG, nerve conduction studies, muscle biopsy, MRI, and referral to a geneticist can all help to determine the accurate diagnosis.

Historically, prognosis has been determined by SMA type, with type 0 being the most severe and individuals dying within the first months of life, and type IV being a moderate condition with little effect on life expectancy. However, with the recent introduction of disease-modifying agents such as onasemnogene abeparvovec, there have already been reported cases of SMA type I patients living longer than the historical cohort data would suggest; therefore, prognosis could potentially be much improved and is the subject of ongoing research. 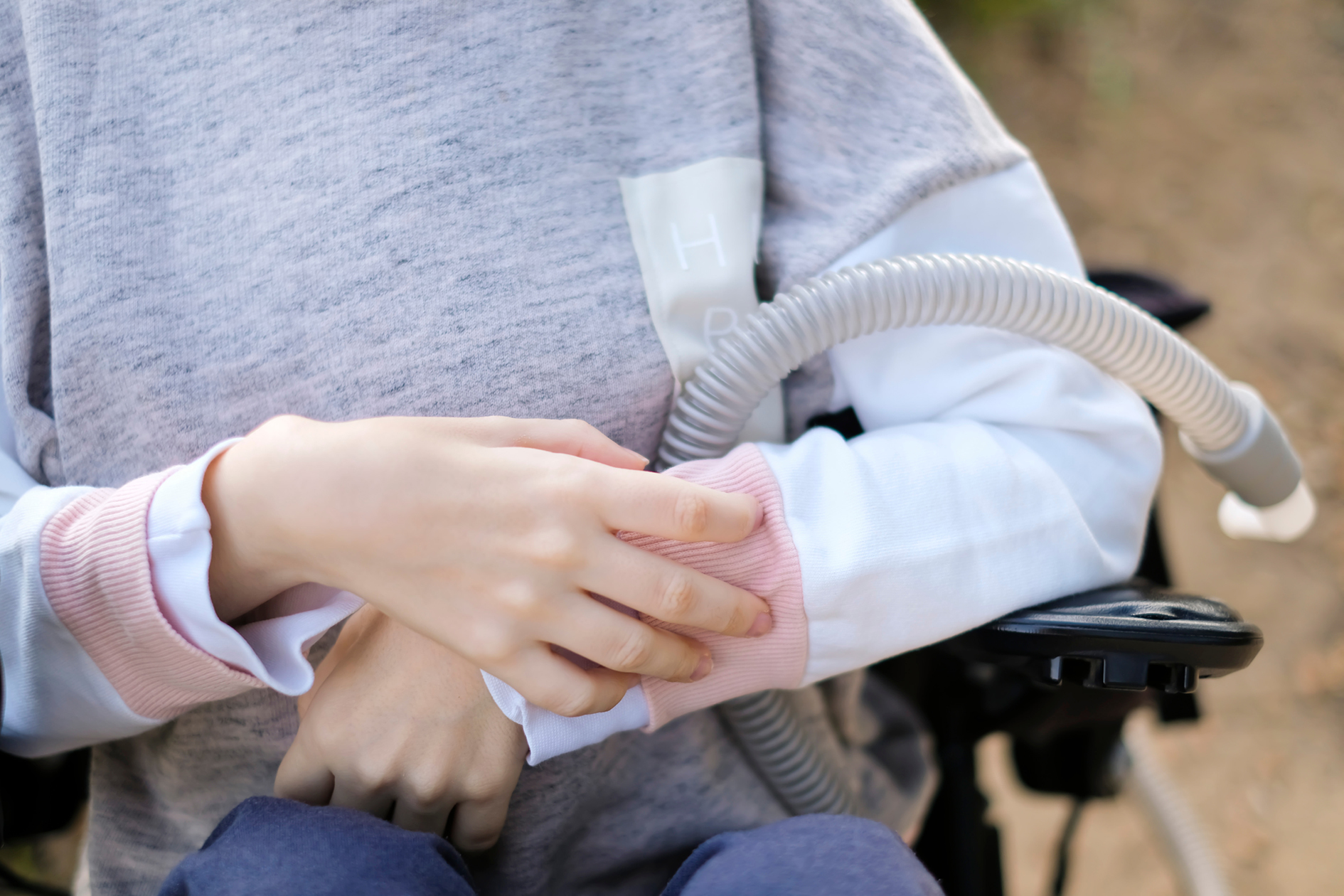 Individuals with SMA experience respiratory, gastrointestinal, and orthopedic issues that have a negative impact on their quality of life and can be fatal, such as chest infections caused by aspiration due to insufficient swallowing and muscular weakness. Patients with SMA are predisposed to metabolic acidosis, particularly during sickness or fasting. The underlying etiology of this propensity is unclear, however inefficient glucose metabolism related to pancreatic abnormalities may play a role. 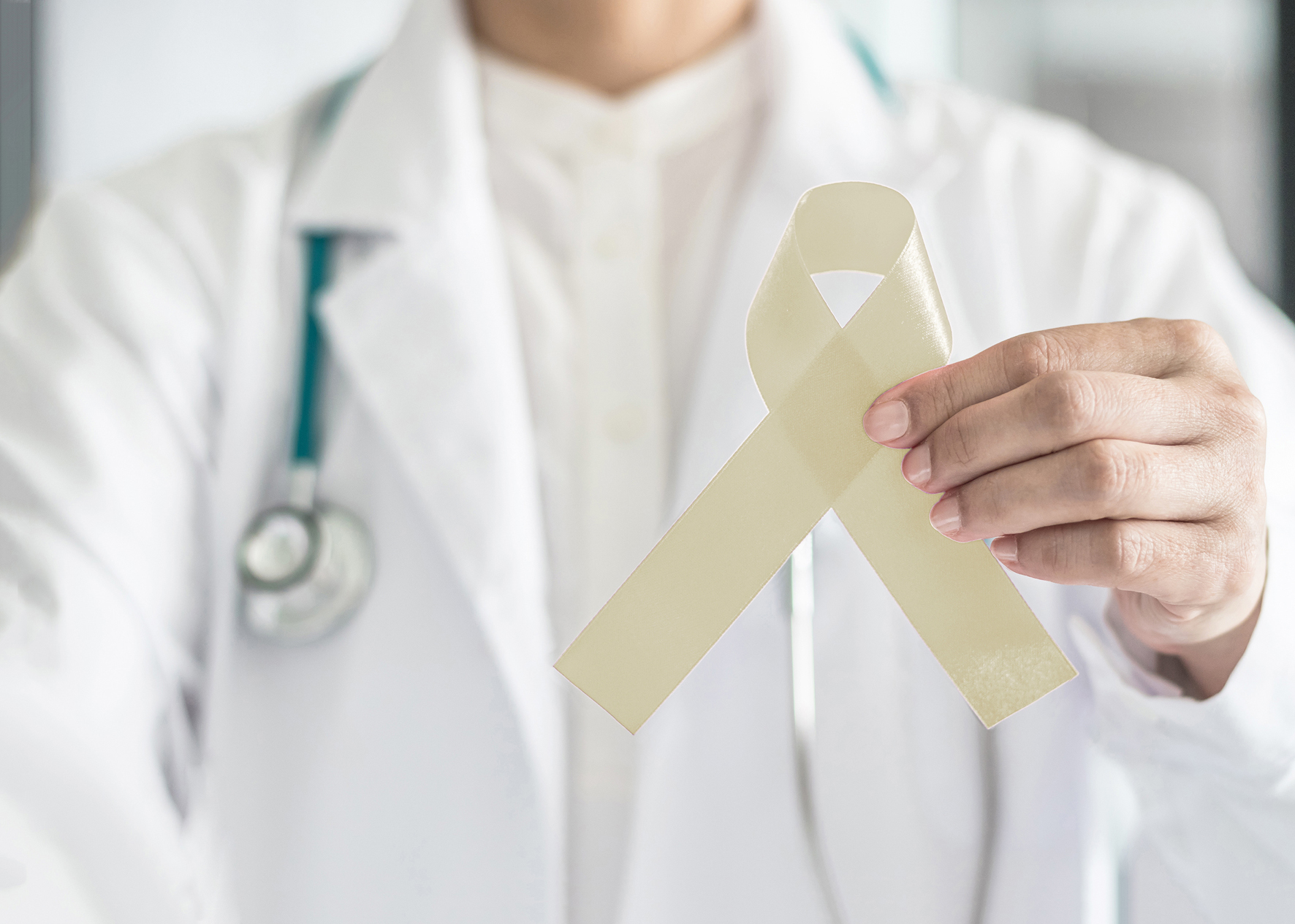 Spinal muscular atrophy is a hereditary autosomal recessive condition characterized by gradual muscle weakening, diminished tone, and the elimination of alpha motor units. The four primary subtypes of spinal muscular atrophy are characterized by the age of start and severity, with type 0 arriving in pregnancy and resulting in death during the first months of life and type 4 presenting in adults, resulting in mild weakness and little influence on longevity.