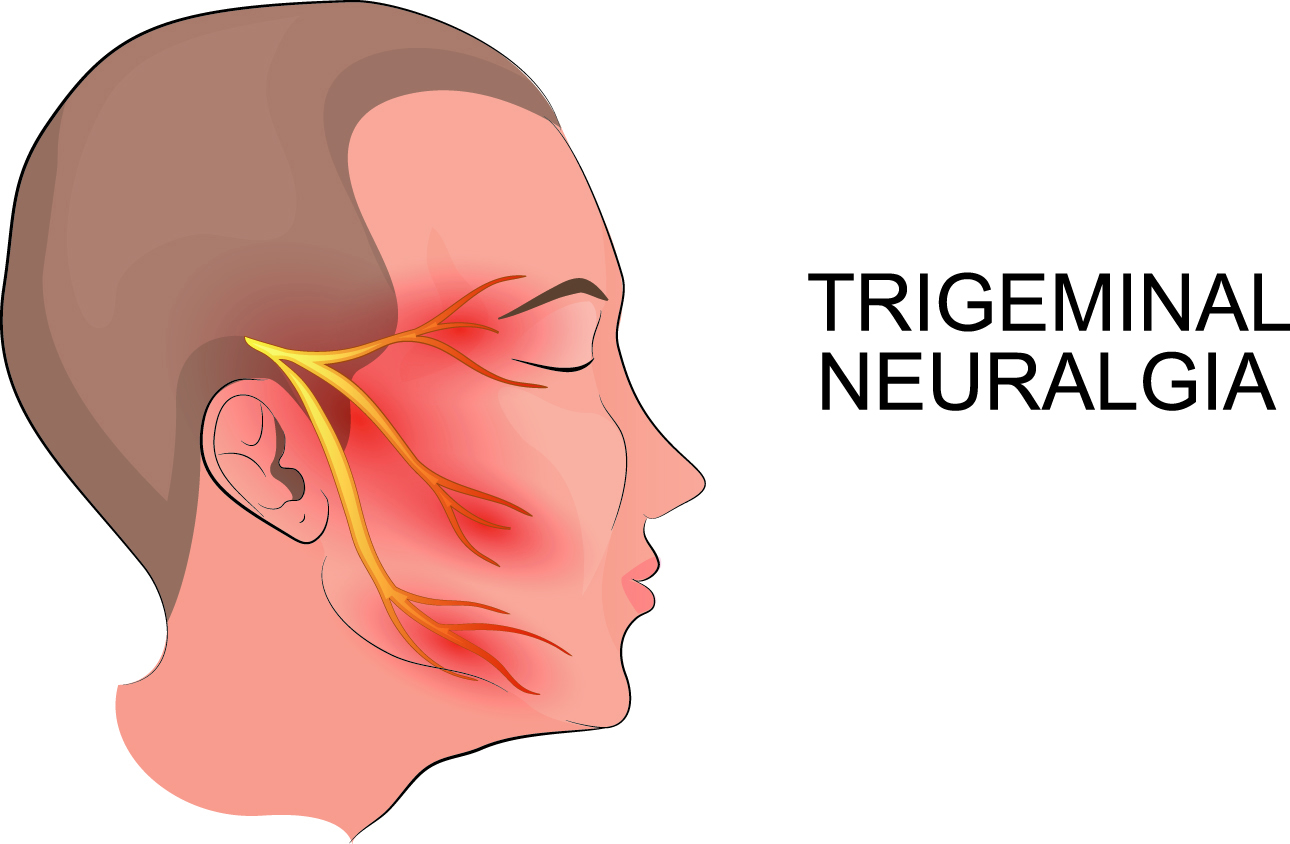 Trigeminal neuralgia is a chronic and painful condition that involves the trigeminal nerve. It causes extreme facial pain, which can sometimes be so serious that it interferes with daily activities. Chewing, smiling, talking, shaving, brushing teeth, or mild pressure on the face can all cause short, painful episodes. The pain can be sporadic, strong, and sudden (off and on). It could potentially be more frequent yet less severe.

You may encounter short and mild bouts at first. However, trigeminal neuralgia can worsen over time, resulting in prolonged and more frequent episodes of excruciating pain. This condition is more common in women, unlike in men. Moreover, it mostly affects people over the age of 50.

The role of the second branch involves sensation within the cheeks, lower eyelids, nostrils, upper gum, and upper lip. Lastly, the third branch serves and controls the lower gum, lower lip, jaws, and some chewing muscles.

Signs and Symptoms of Trigeminal Neuralgia

The signs and symptoms of the trigeminal neuralgia can include one or more of the following patterns;

The function of the trigeminal nerve is interrupted in trigeminal neuralgia, commonly known as tic douloureux. Contact between the normal blood vessel in such a situation, a vein or artery, and the trigeminal nerve at the bottom of the brain is normally the source of the issue. Such contact irritates the nerve, which makes it malfunction.

In most cases, the healthcare provider will perform trigeminal neuralgia diagnosis depending on the pain description. This can include;

The type of pain: Normally, the pain associated with trigeminal neuralgia is abrupt, short, and shocking.

Pain location/site: Trigeminal neuralgia pain usually affects most parts of the face. Hence, the doctor will determine whether it involves the trigeminal nerve based on the affected area.

To identify trigeminal neuralgia and the underlying triggers or causes of the problem, the doctor can perform various tests and procedures. They can include the following; 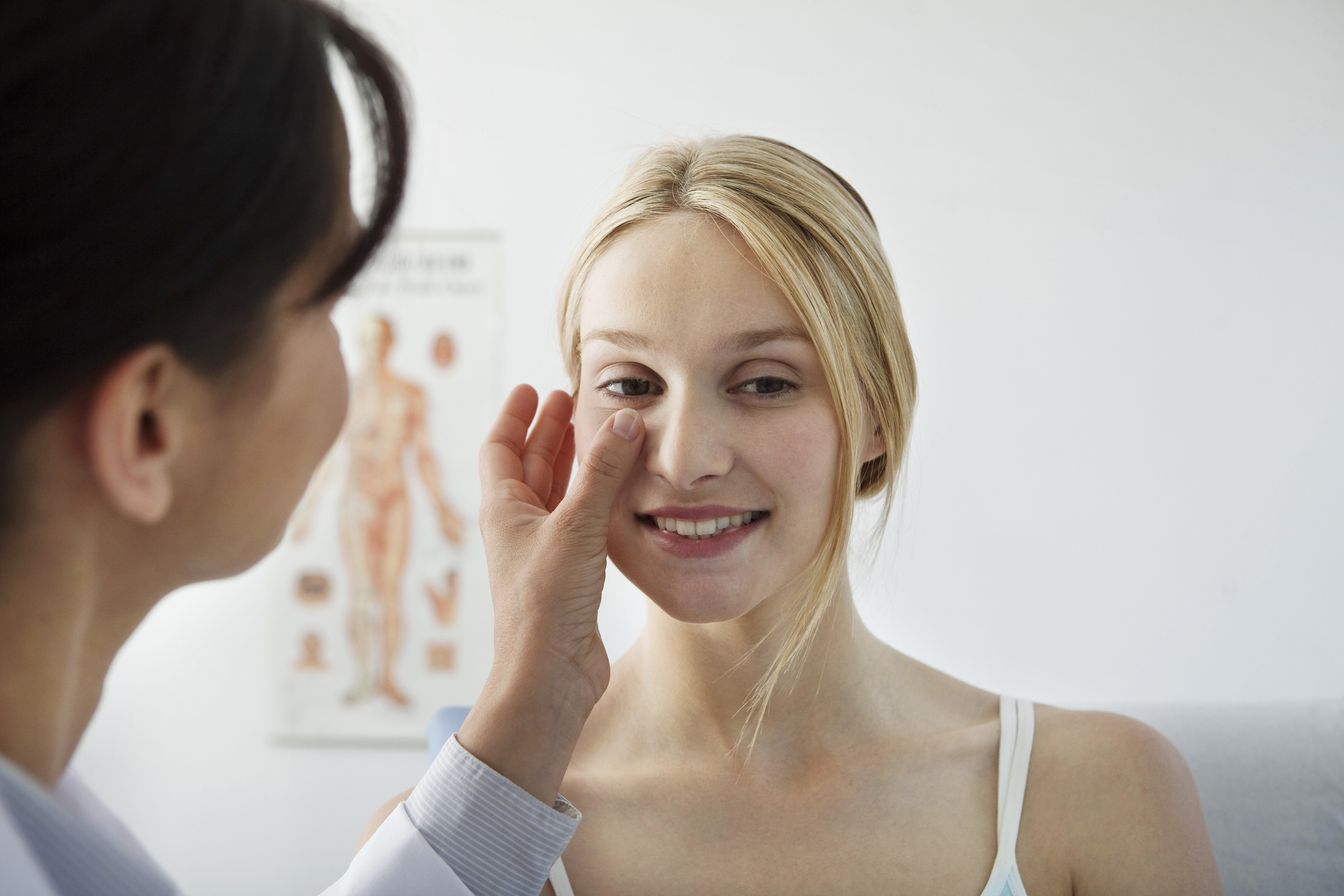 The healthcare provider may sometimes recommend an MRI scan of the head to see if your trigeminal neuralgia is caused by multiple sclerosis or a tumor. If necessary, the doctor will inject a dye solution into a blood vessel to help visualize the veins and arteries while also highlighting blood circulation (magnetic resonance angiogram).

Doctors can use various treatment options to address trigeminal neuralgia. They include;

The use of medication can help with pain alleviation and a reduction in the number of bouts. Anti-seizure drugs, which stop nerve firing, are usually the first line of treatment. Muscle relaxants and tricyclic antidepressants are some of the second-line or supplementary drugs.

The doctor will sedate and give you a local anesthetic during this treatment. He or she will then insert a needle via the cheek into the bottom of the skull. They will use an x-ray to direct the needle to a tiny sac of spinal fluid surrounding the trigeminal nerve's root. A small amount of sterile glycerol is discharged once the needle is in position.

The glycerol can either prevent the ability of the nerve to convey pain signals or allow the injured nerve's insulation to repair. However, it will not cause nerve damage. The entire operation usually takes just a few minutes, after which you can return home on that same day.

Radiofrequency thermal lesioning involves using a long and hollow needle to channel an electric current into the trigeminal nerve. It’s typically an outpatient operation, which is conducted under general anesthesia. During the procedure, you will be awake to make it easy for your doctor to pinpoint the specific site of the pain's source. The electrode is then heated to kills the nerve once the doctor identifies the root of the pain.

This treatment employs computer imaging to send highly concentrated radiation beams to the nerve's root. The process is normally done without an anesthetic since it is painless.

This is another outpatient surgery that involves using a targeted technique to deliver radiation to the trigeminal nerve in order to destroy it. It is becoming increasingly popular due to its effectiveness, precision. This is also because it is regarded as safer than other approaches and is the least invasive alternative.

Microvascular decompression is a major medical treatment that entails surgery on the brain. This technique relieves pressure on the nerves in question, enabling them to recover. According to studies, 90% of patients experience pain reduction.

During this procedure, the doctor will put a hollow needle into your face and direct it to a section of the trigeminal nerve that runs via the skull base. The doctor will thread a tiny, flexible tube known as a catheter using a balloon on the tip through the needle. After that, he or she will inflate the balloon to the point where the trigeminal nerve is damaged, and pain signals are blocked.

Balloon compression relieves pain in most individuals, at least temporarily. On the other hand, the majority of people who undergo this treatment have some temporary facial numbness.

Other treatment options for trigeminal neuralgia include;

Severing the nerve or repositioning blood vessels that may be exerting strain on the nerve are two other surgical alternatives. All these procedures pose the risk of numbness in the face, ranging from temporary to permanent. It’s also possible that pain will recur in other cases.

Your healthcare provider can advise you about the advantages and disadvantages of every treatment option. He or she will also help you select the treatment choice that is appropriate for you after considering your medical history, symptoms, and personal preferences.

There are no specific recommendations for preventing the onset of trigeminal neuralgia. But, if you've been diagnosed, you can take the following precautions to assist you in preventing attacks;

Trigeminal neuralgia is a disorder that causes severe facial pain that can be sporadic, sudden, and severe. The discomfort might be so intense that it interferes with daily tasks. Proper trigeminal neuralgia treatment is thus essential. Talk with your doctor about the available options and what’s best for you.

Generally, trigeminal neuralgia can sometimes be debilitating. However, by controlling the symptoms, you can greatly enhance your quality of life.